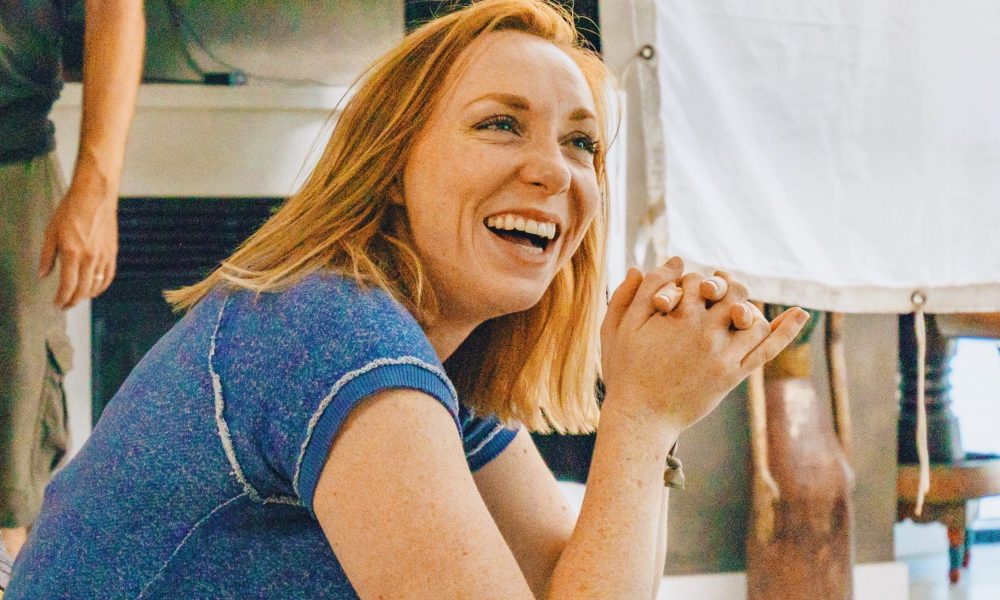 Today we’d like to introduce you to Chelsea Bo.

Chelsea, can you briefly walk us through your story – how you started and how you got to where you are today.
I can certainly try to make it brief, but no promises… For those of you who don’t know me, my name is Chelsea Bo. As far as my background goes, I was born in Santa Monica and raised in and around Los Angeles. I suppose I was doomed from the start because both my parents worked in the film industry and I grew up visiting them on set where I learned very quickly that set-life consisted of long-hours, gritty work, and absolutely no consistency. Despite learning about the hardships, I loved everything about it… including the chocolate chip cookies at crafty…

I’m now a freelance Director and Actor, so I kind of have two sides to my story… Aside from the elementary school plays, my acting journey began when I attended a performing arts camp on Catalina Island at the age of twelve; that’s where I first discovered improv. My instructor was impressed with how quickly I picked it up and encouraged me to continue studying improv. The following year I auditioned and got into the teen troupe at Second City. I carried on to do improv in high school, starting an improv club and competed at theatre competitions around Southern California. After being accepted into Loyola Marymount University’s School of Film & Television Production, I decided to put improv and acting on the back burner so I could focus on film production and directing. That only worked for a year, or so, and before I knew it I was itching to get back into improv. My sophomore year of college I wound up taking classes at The Groundlings and working my way up through the levels, making it all the way to the writing lab.

My directing career began in the theatre. My senior year of high school I applied, interviewed, and received the position of “student director” allowing me to direct my very own show, as well as spend the year shadowing the school’s theatre director. My directorial debut was then nominated by a regional theatre company for multiple awards, which was truly an honor considering I was competing against professional theatre directors. This gave me the confidence to pursue a directing career in college.

Fast forward to graduating from LMU at the ripe age of 22 with a Bachelor’s Degree in Film & TV Production and two minor degrees, one in Theatre and one in Film Studies. That same year, I started my production company, Paxeros Creative, with my boyfriend (now husband), Sean Drummond. Our company has flourished with thanks to our family & friend’s support, a little luck, and a shit ton of hustle. I’ve directed two of our company’s national commercials and acted in one of them. From there, I’ve gained commercial representation as an actress. I’ve also written a jukebox musical for the stage, a comedy feature that’s partially funded and looking for additional investments, and I’ve spearheaded the development of a family TV show that’s being pitched around to different streaming platforms and networks.

W Magazine, ARRI, Bayer, and Refinery29, are just a few of the companies I’ve produced content for, as well as music videos for artists such as The Buttertones, Exes, Jake Austin Walker, and Emily Rowed. My husband and I just got back from an extraordinary trip in Bhutan filming a travel video for National Geographic and we are currently producing a feature documentary entitled “Project Wake Up” directed by Nate Townsend that’s 70% through production, as well as, an indie-comedy film directed by (and starring) Joshua Leonard, and co-starring Jess Weixler, that just completed principal photography last week.

The motto that has continuously inspired me is: “With great risk comes great reward.” Taking risks, especially when the odds are against me has helped my career grow, and our company expand. My husband and I have also been blessed with incredibly uplifting and supportive family and friends. We wouldn’t be where we are today without them. As far as the future goes… I am eager to direct my first narrative feature in 2019 as well as book a few national TVC spots as an actress. Holler if you’re casting a quirky red-head.

We’d love to hear more about what you do.
As a director, I specialize in comedy, documentary, and abstract/music video content.

I think my background in comedy improv has given me a unique skill set when developing comedic scripts and working with actors on set. I have a knack for puzzles and organizing which aids to my editing skills. I edit almost everything that I direct, so when it comes to documentary filmmaking, I’m great at pulling together a story without a set-script. Also, I’m very easy to talk to, which helps when I’m interviewing someone. Ever since I was a kid, people have opened up and told me things they’ve never told anyone else; I consider this a gift that should never be abused.

As much as I love directing comedies and documentaries, there’s nothing like directing abstract/music video content. I love this medium because it allows me to stretch my creative muscles. I spend a lot of time meditating and tapping into my flow state of consciousness which usually leads to some pretty unique and creative visuals. I look forward to the day I have budgets big enough to bring some of my ideas to life.

As a company, Paxeros Creative specializes in all areas of production from ideation to creative direction and production logistics to post-production. We have a full roster of talented directors who specialize in different genres and visual styles. We work with ad agencies, marketing departments, and direct to brand to create engaging and unique branded and commercial content.

We are most-recognized for our docu-style branded content. We’ve found these videos to be extremely effective because it allows audiences to connect emotion with a product/service while providing context and history to the company. What we enjoy most, is telling a story – whether it be the story behind the product, the story of how the consumer incorporates the product into their life or the story behind the person (or company) who invented the product.

What sets us apart from other companies is the variety of content that we create and the way we operate, or our ethos. We create engaging, evocative, and passionate content that resonates and inspires its audiences. Internally, we cultivate meaningful relationships, endless creativity, and a professional but fun working environment that keeps our clients, creatives, and cast/crew coming back to work with us again and again. That’s why we say every project is #MadeWithPaxeros — Pax meaning peace and Eros meaning passionate love.

What were you like growing up?
As a child, I wasn’t easily embarrassed, and I marched to the beat of my own drum. I was a goofy kid who loved making people laugh. I also loved expressing my creativity in all shapes and forms, from drawing and painting to dance routines and bracelet making.

However, I loved performing more than anything. I’d torture my family by making them sit through magic shows, dance shows, and full-on plays. When I had friends come over, I’d pull out a playbook from my bookshelf, and I’d begin directing and casting my very own home-production (somewhat against my friends’ will).

My mom always called me bossy, but I preferred being called a “leader”… I guess not much has changed… 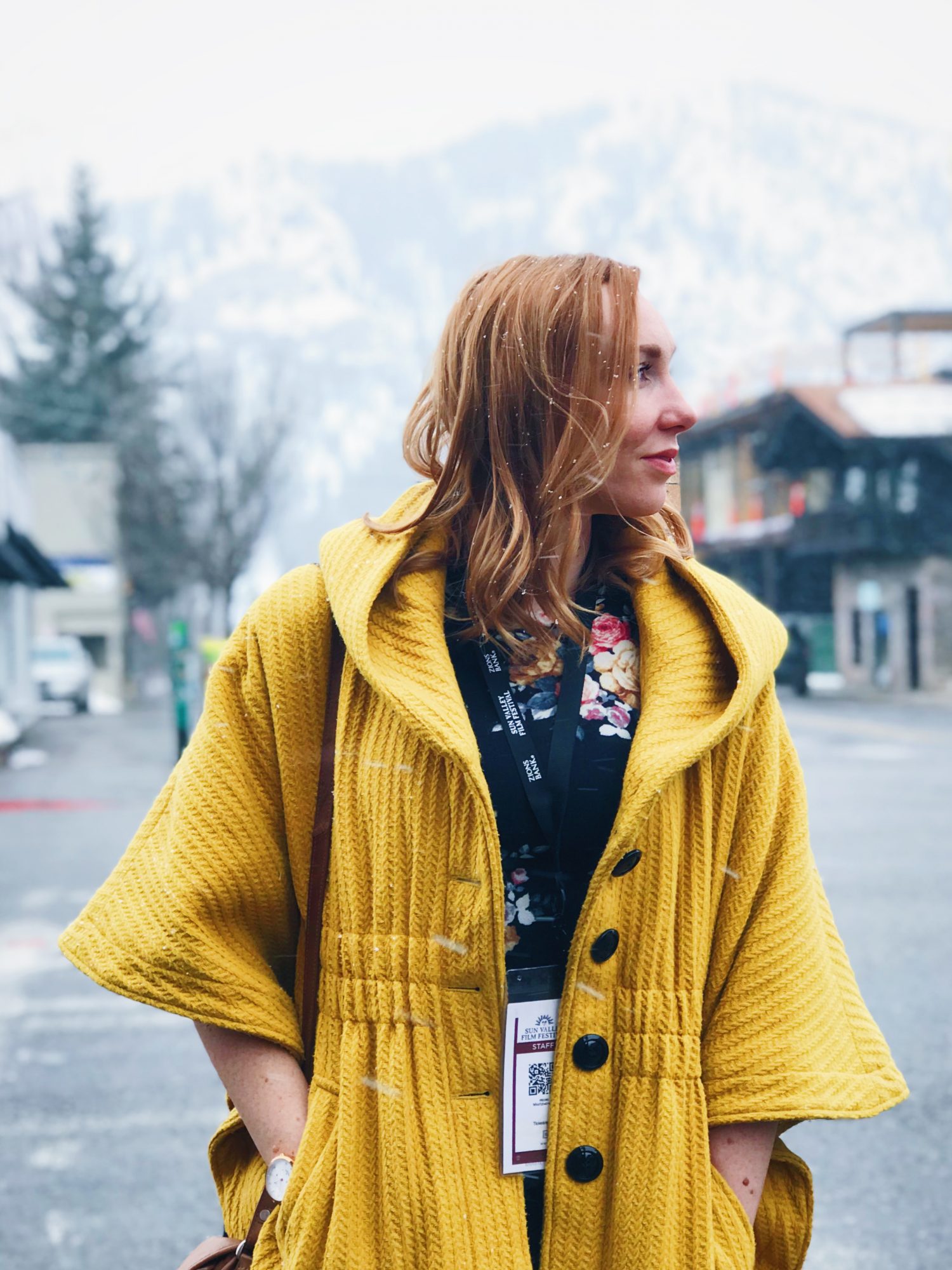 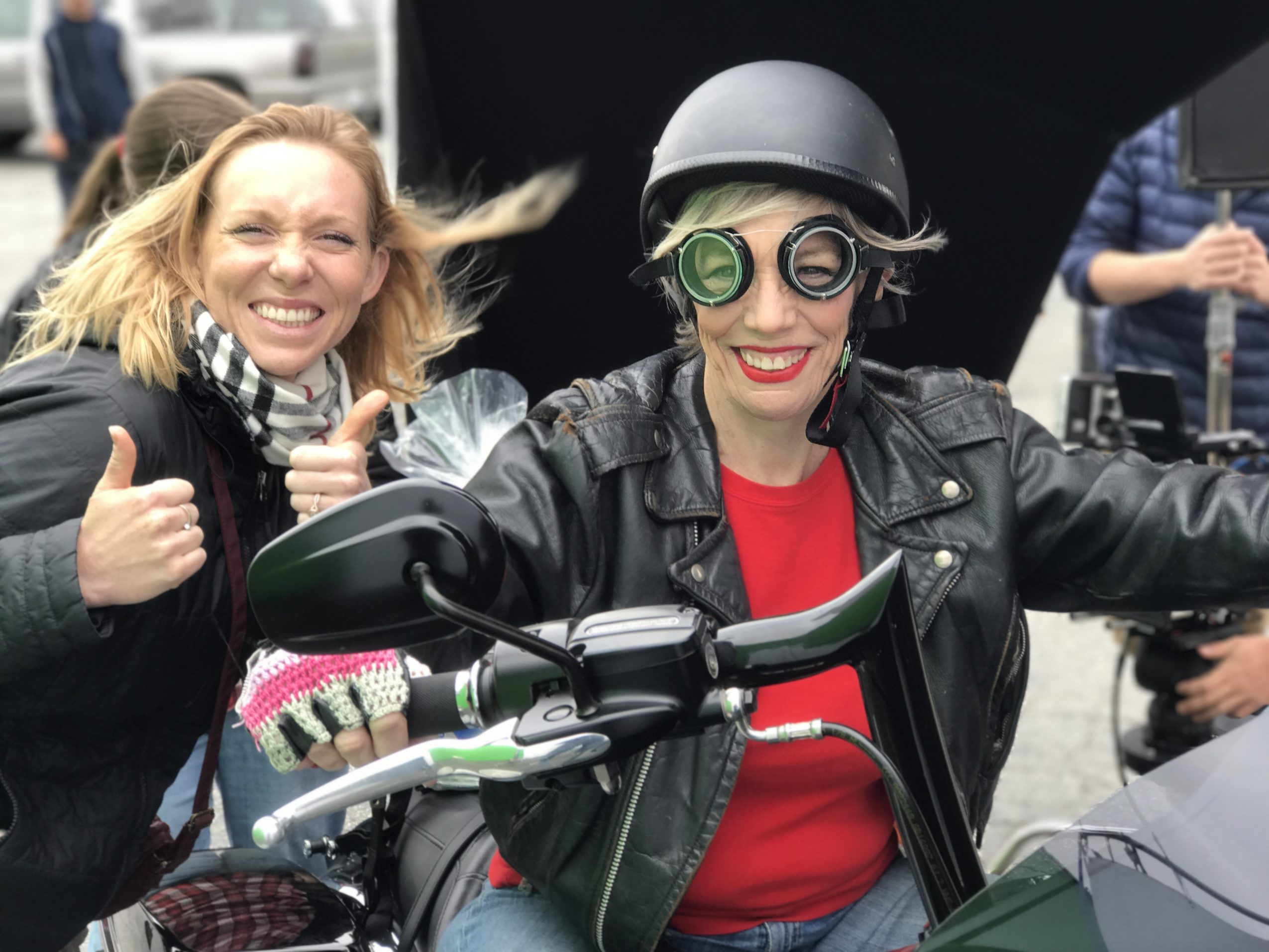 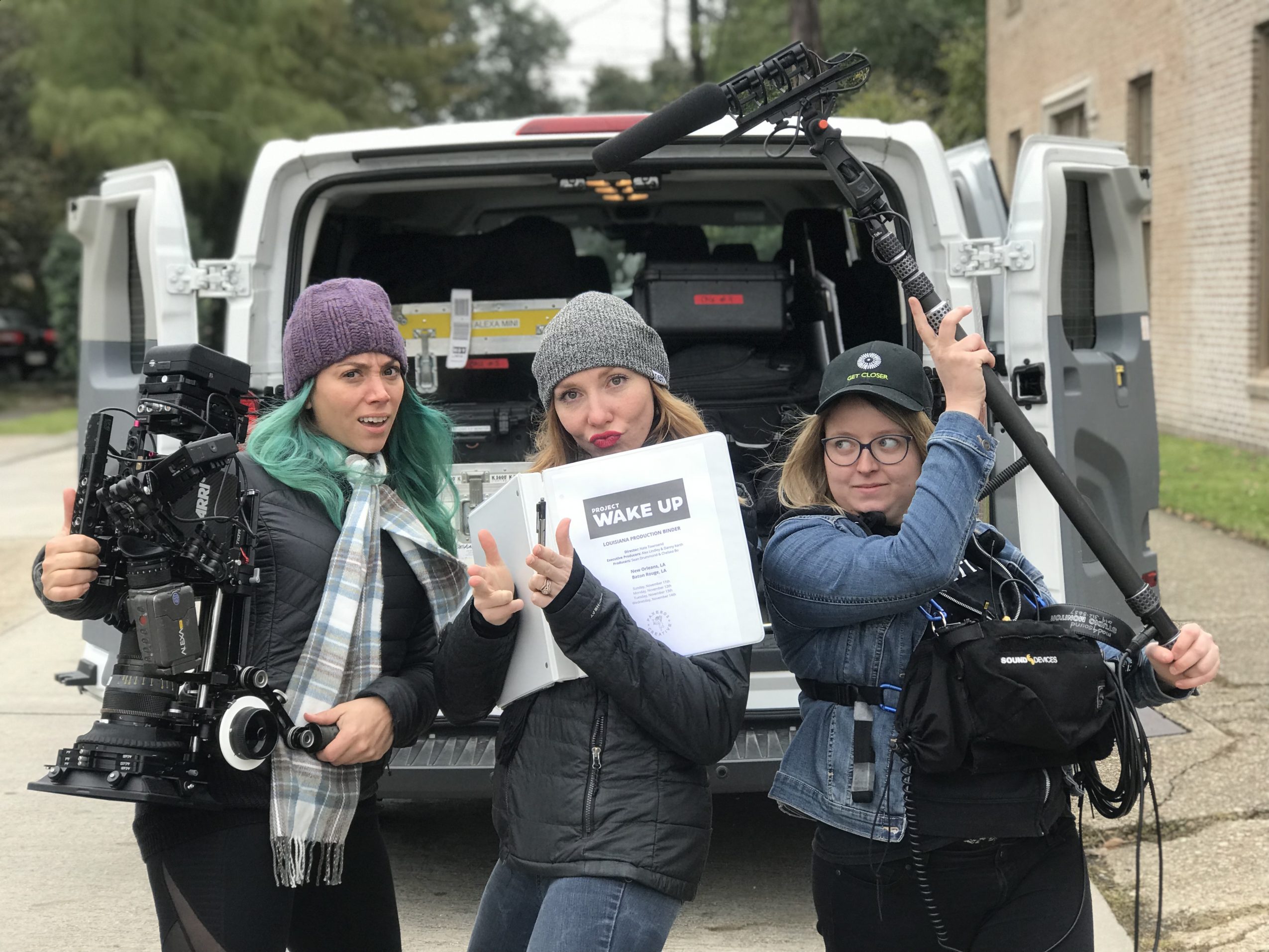 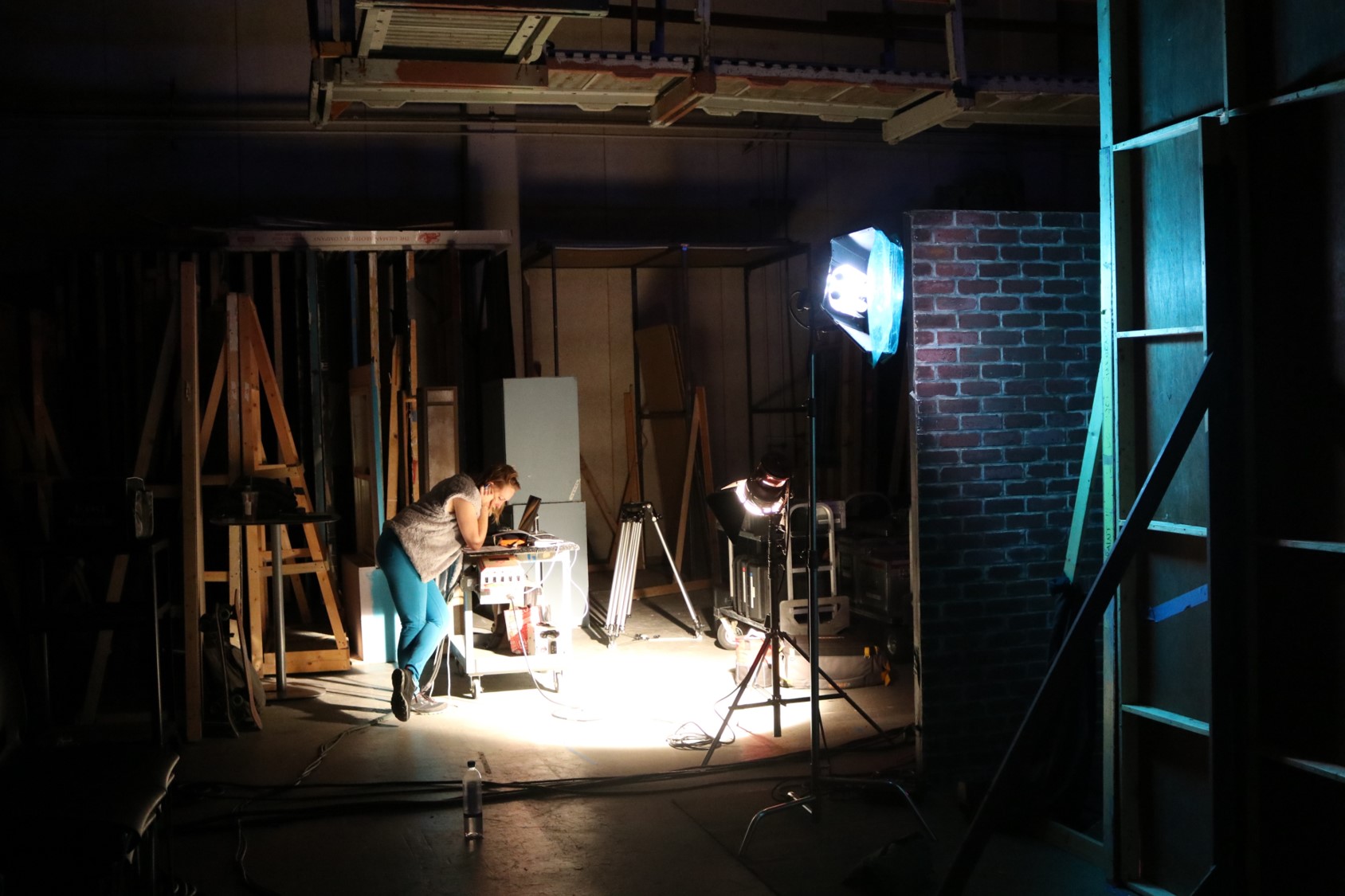 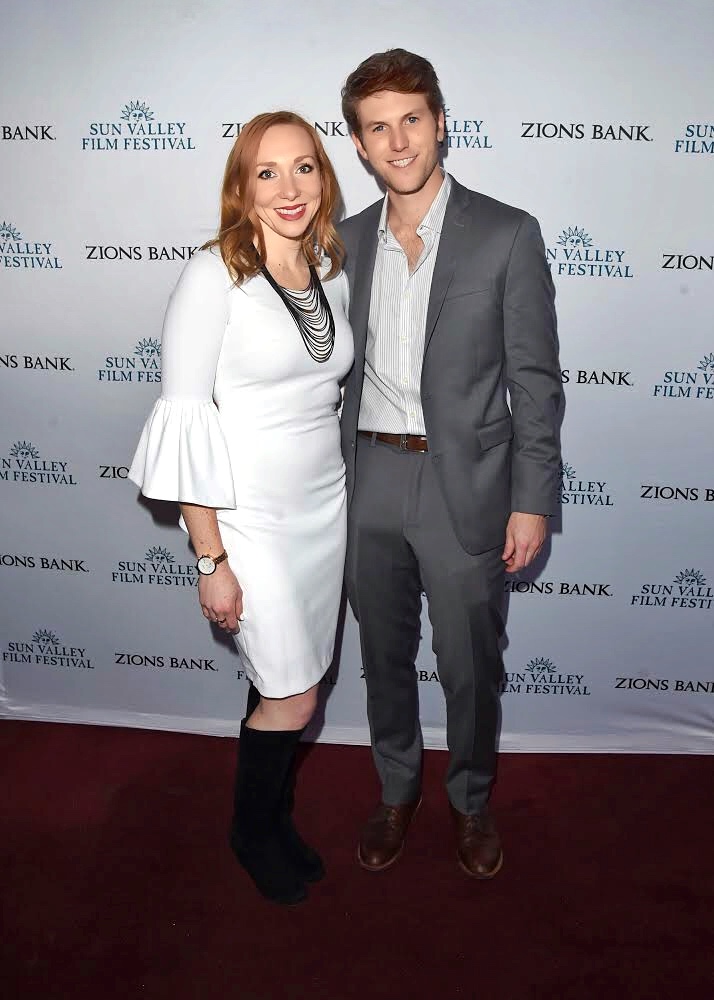 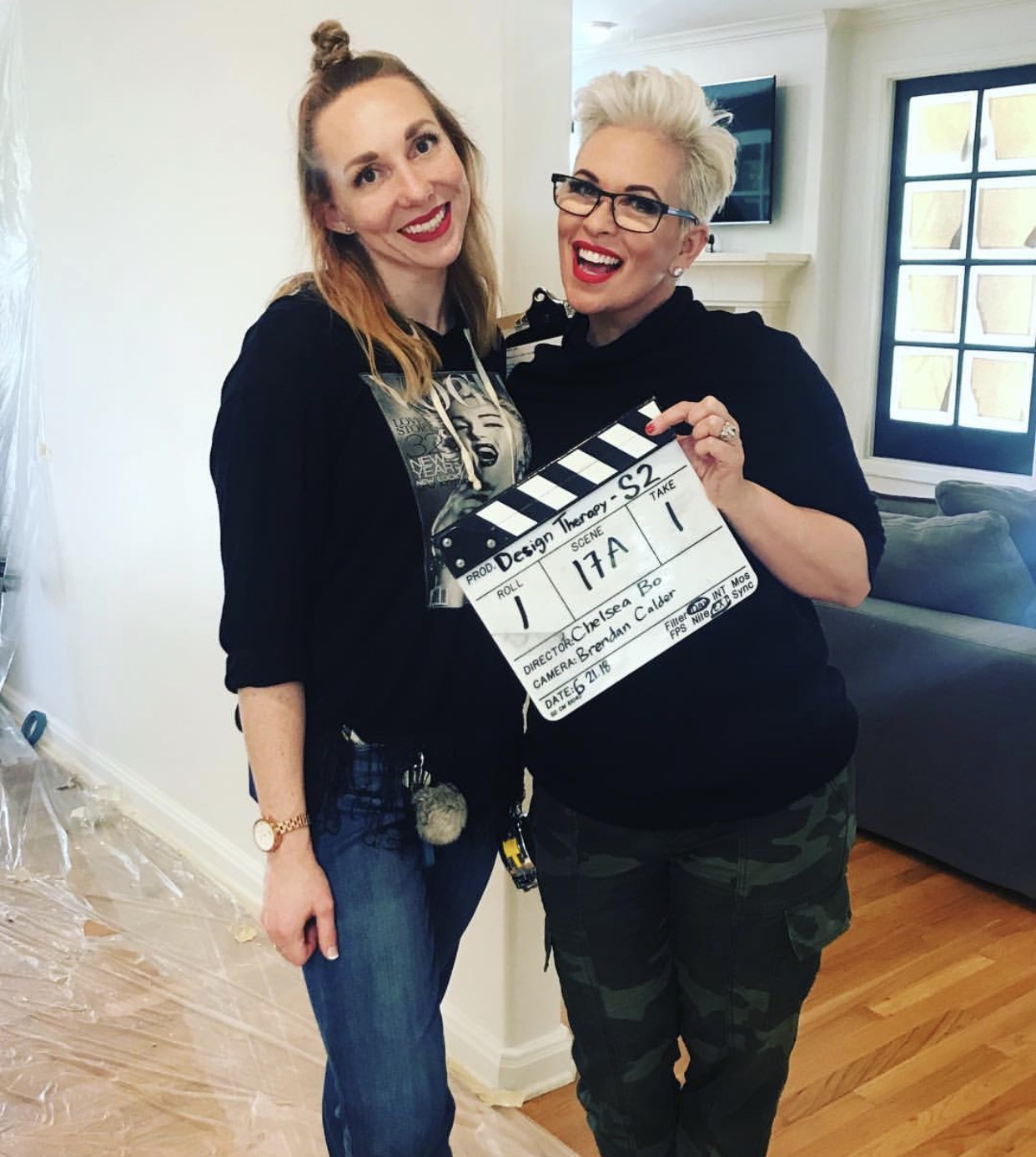 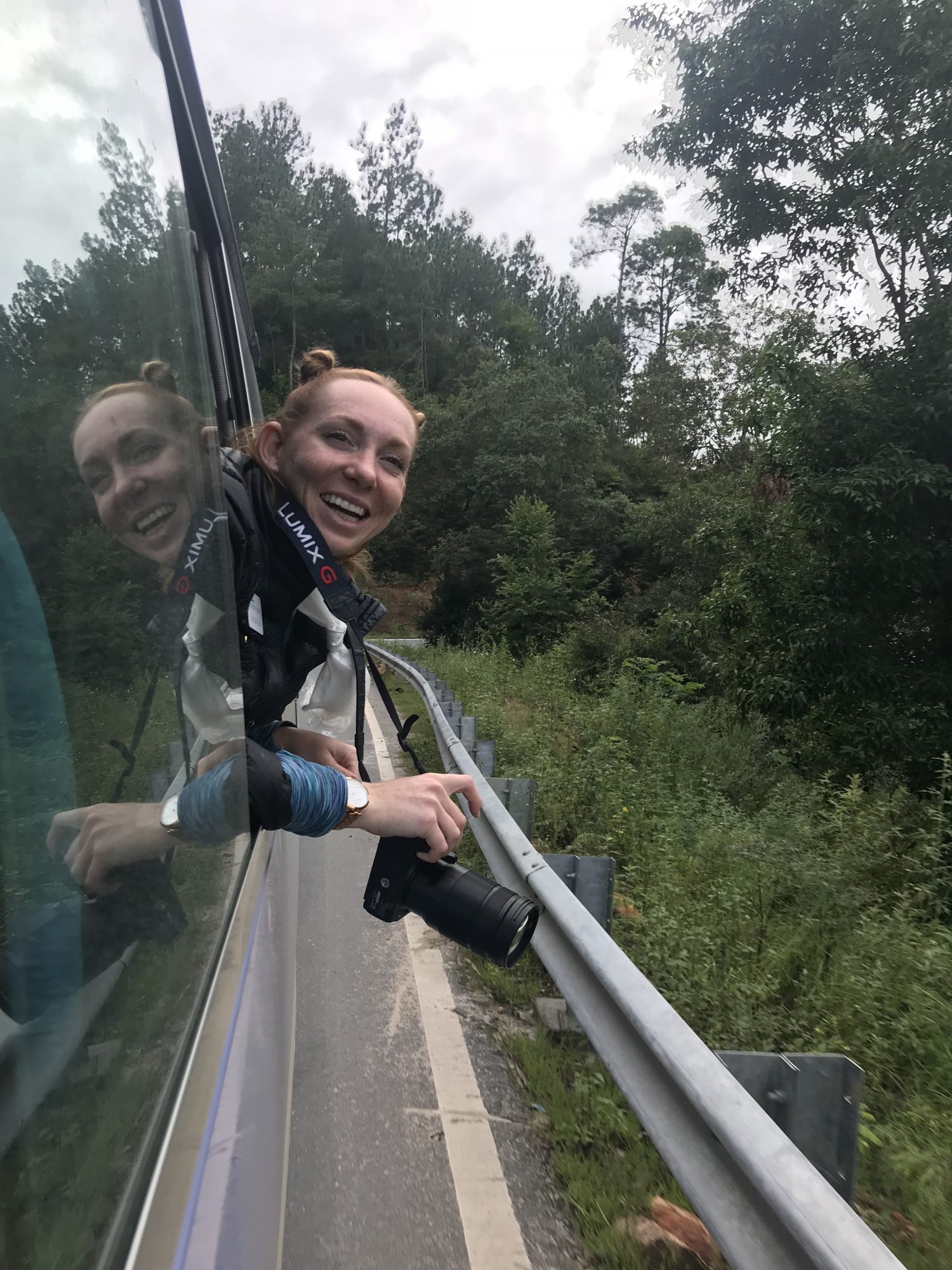 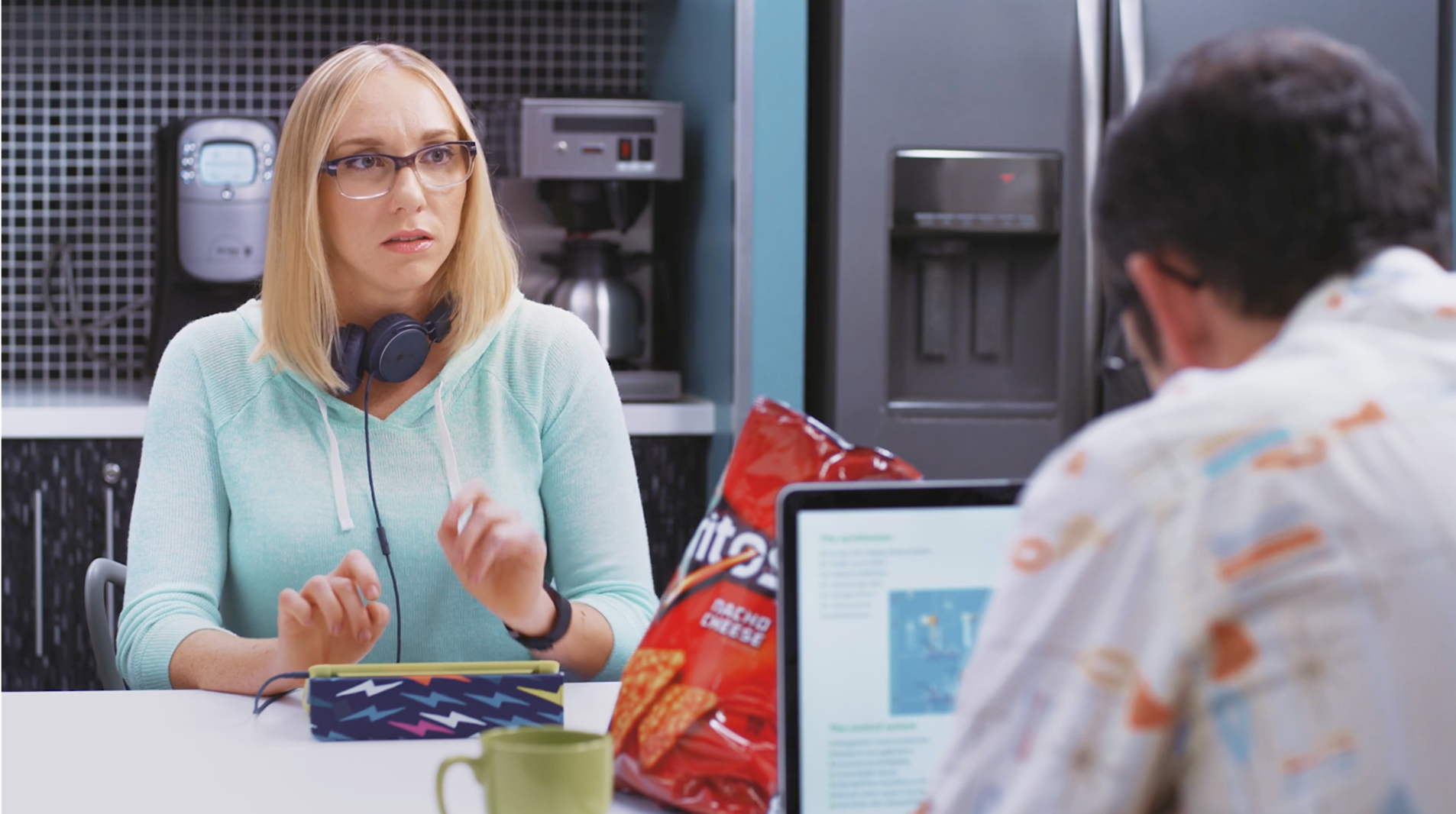 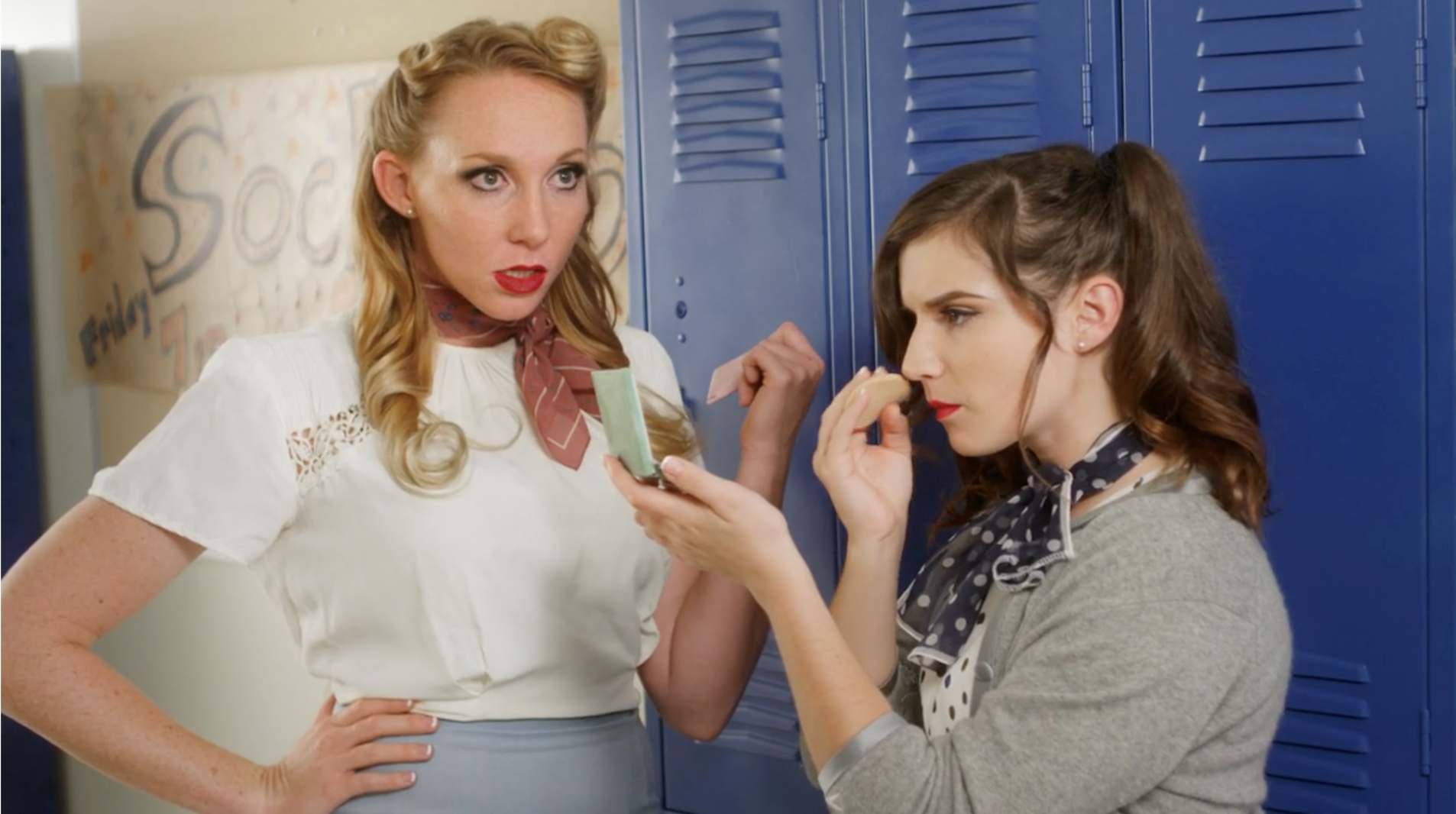