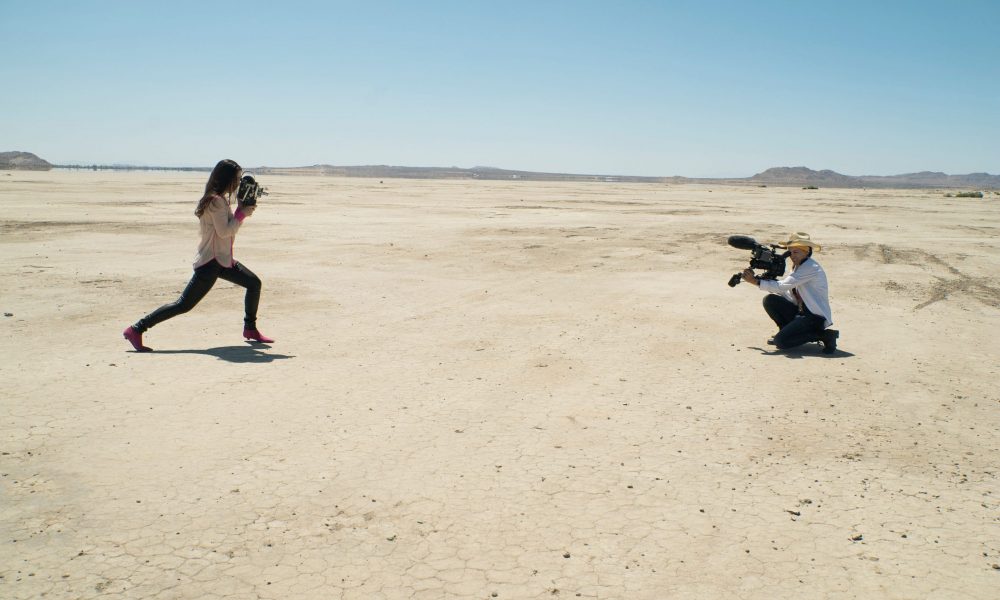 Today we’d like to introduce you to Chelese Belmont and Shannan Reeve.

Chelese and Shannan, please share your story with us. How did you get to where you are today?
We formed Beleeve (which is a combination of our last names – Belmont and Reeve) in 2012 because we were inspired to tell stories that we believed in and to give voice to underrepresented characters. It was also a time when digital content was becoming cheaper and cheaper to create, so we wanted to step back from previous work with other collaborators and focus on creating quality over quantity. We both came from acting and independent film production backgrounds, and we decided to combine our different skill sets to create film projects because we found that we shared an aesthetic and work ethic, as well as an interest in putting women, LGBTQ people, and people of color in front of and behind the camera. We started on a short film that turned into a feature in 2013. The film, Penumbra, is about addiction and employed 65% women among the cast and crew. We then took the next few years to dabble in various narrative genres by making six short films, among them two comedies, two LGBT shorts, and two science-fiction films. With each film, we got better in our execution, met more people who have joined our filmmaking tribe, and continued pushing ourselves in what we can do with various budgets, crew sizes, and styles. Some of our short films had extremely low budgets and crews of only 2 or 3, while others had ten times the budget and full crews.

Shannan: When I’m not directing, editing, and/or acting in our own projects, I am often hired out as a 1st Assistant Director, an Editor, and/or on Cinematography jobs.

Chelese: And when I’m not producing and acting, I write content for our next projects and work on getting our completed work to film festivals and out into the world.

We have a really good grasp of what our individual strengths are, which allows us to split up the work and also collaborate really well. We have gotten to where we are today because we have a compulsion to create, and when we haven’t made something in a while, we both get the itch. Even when we are working with others on their projects, we are working to add to our Rolodex and hire other indie collaborators. We are proud that people show up for our projects. Filmmaking is a marathon rather than a sprint, and we are lucky to find ourselves in the trenches with good people every time we make a project. We have that luxury because we have worked to create positive environments where every person can do his/her/their job and feel confident that we approach the work from a truly collaborative place. We are about to embark on a fairly ambitious project – two seasons (12 episodes) of a digital series – and we are excited about it because we are planning to use a lot of the actors and crew we have met over the years and know that even though the project is big, we have the support and talent to accomplish it.

Great, so let’s dig a little deeper into the story – has it been an easy path overall and if not, what were the challenges you’ve had to overcome?
Chelese: In independent filmmaking, does a smooth road exist?! Of course we have had challenges. Every project presents its own set of obstacles, whether it’s that elusive financing, a challenging location to lock, a technical issue that you wish you’d caught BEFORE you got to post-production (we’ve had them all). I’m sure any filmmaker in this town can commiserate, but there’s also an element of problem-solving that is integral to the creative process, and overcoming some of those challenges can be fun, while others are obviously daunting. A big one is always where the money for the next project is coming from. When we started on Penumbra back in 2013, it was a short that we were self-financing, but when we decided to expand it into a feature, we needed money to complete the film because we had to rent some locations and add some cast members. So, we had to crowdfund the finishing funds. We exceeded our goal and finished the film, but even so, our budget for that 2-hour film was lower than some short films that we’ve seen at festivals! We worked with what we had at the time and called in every favor available to get it done. We were also just starting out as filmmakers, and we know so much more now than we did then. But we are proud of that film because A.) we finished a feature using very limited resources, and B.) we have been told that the story resonates. To us, that is a success after a long road to completing it. Since then, financing has remained the biggest question mark when we start a project.

Shannan: It’s also been a balancing act to see Beleeve grow as a company. What started as two actresses wanting to create content that we believed in and work with our friends and colleagues quickly grew to a full production company creating narrative, documentary, and corporate work. We are capable of taking a project from concept to pre-production, on to initial production and principle photography, and all the way through post-production. For some of our corporate clients, that is often a short span of time, but for series and films, that can take months to years between initial conception to fruition; it becomes part of the job to successfully oversee multiple projects at one time and maintain a workflow that guarantees delivery by deadlines. We have often been praised for our unwavering professionalism, and it’s been interesting to see just how important following through on your word, meeting or exceeding your deadlines, and being able to communicate has gotten us as a company. But it would be great to one day have grown Beleeve to the size that we have separate divisions of the company that handle the varying types of content that we have made over the years.

Alright – so let’s talk business. Tell us about Beleeve Entertainment – what should we know?
Beleeve Entertainment is an independent film production company run by two women, and employing diverse rosters of talent on every project, and working to tell stories that need to be told. While our main focus as a production company is on narrative content (short films, features, and digital series), we have also worked with/for other creators on interviews, documentaries, comedy specials, music videos, branded content, and industrial shoots. Our films have played festivals all over the US, and we have won awards for many of them, including Best Comedy Short at the Atlanta Women’s Film Festival, Best Screenplay at the Chelsea Film Festival, and the CineSpace Competition, where Richard Linklater awarded our film 3rd place out of 655 entries from 58 countries. Cinespace was especially rewarding, as we were one of two film companies out of the 14 finalists from the US, and the only female, American production team to place.

We are known for films that feature women in key roles in front of and behind the camera, and we gravitate towards work that deals with pertinent contemporary issues, like addiction, climate change, sexual assault, mental health, and LGBT representation. We are most proud that our body of work continues to grow, that it reflects variety in genre and topic, and that we ALWAYS finish what we start. We are also proud that with every project, we grow and improve, and we try to pay it forward by helping other filmmakers learn from our lessons and mistakes by consulting on their projects when asked or offering to have them shadow us on our stuff.

Is there a characteristic or quality that you feel is essential to success?
Willingness to work diligently, passion for what we do, an emphasis on inclusion, a collaborative spirit, a respect for our actors and crew, a varied skill set that allows us to work in many mediums, professionalism in our interactions, compulsive creativity, and the ability to maintain joy in our work. 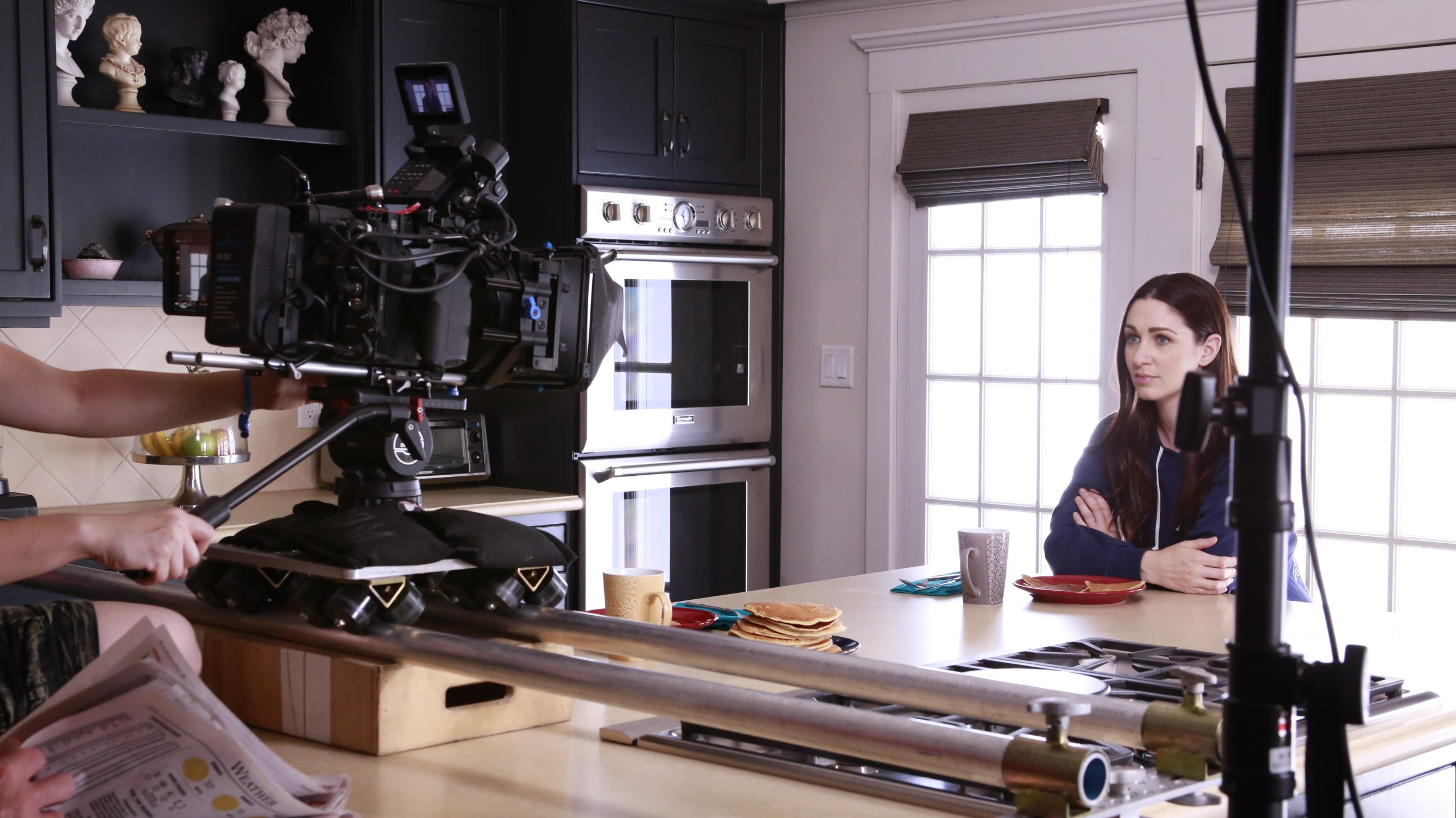 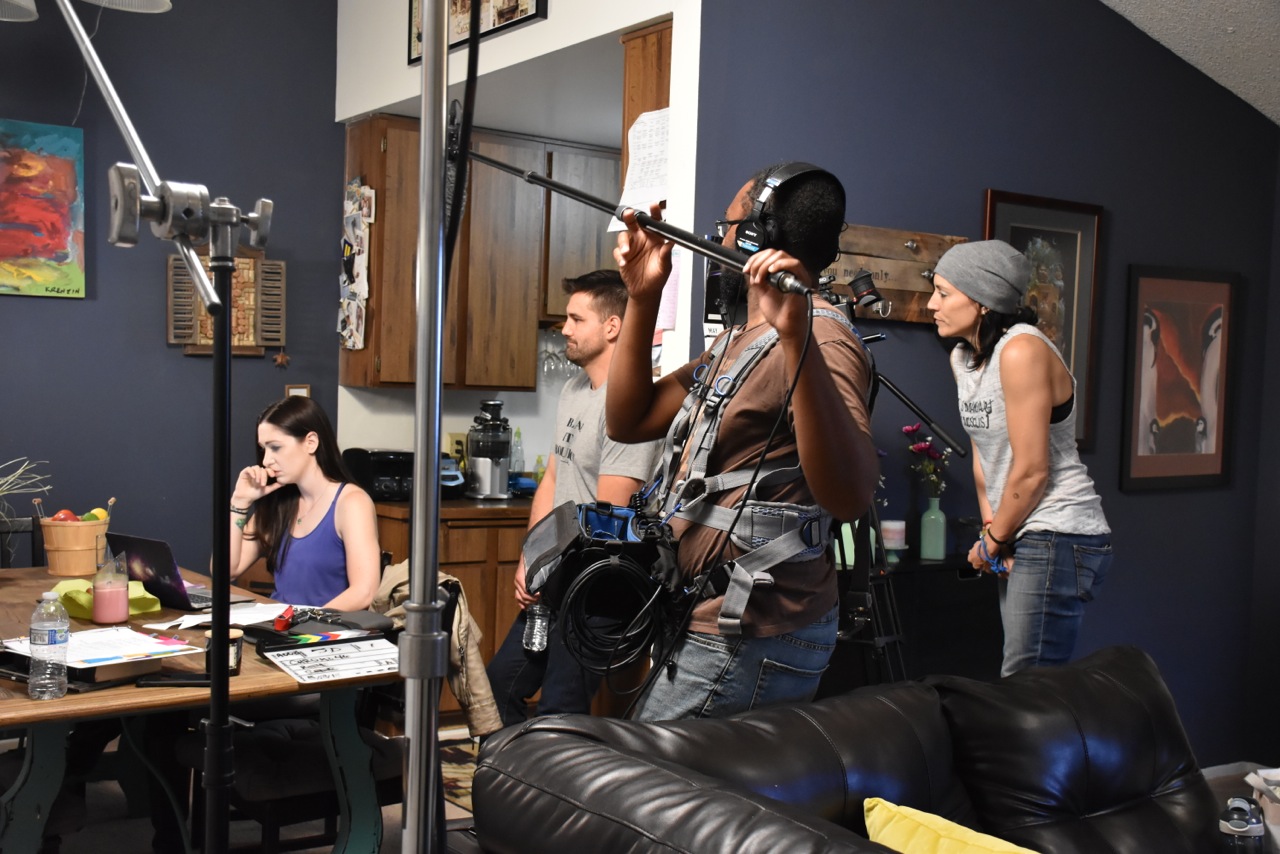 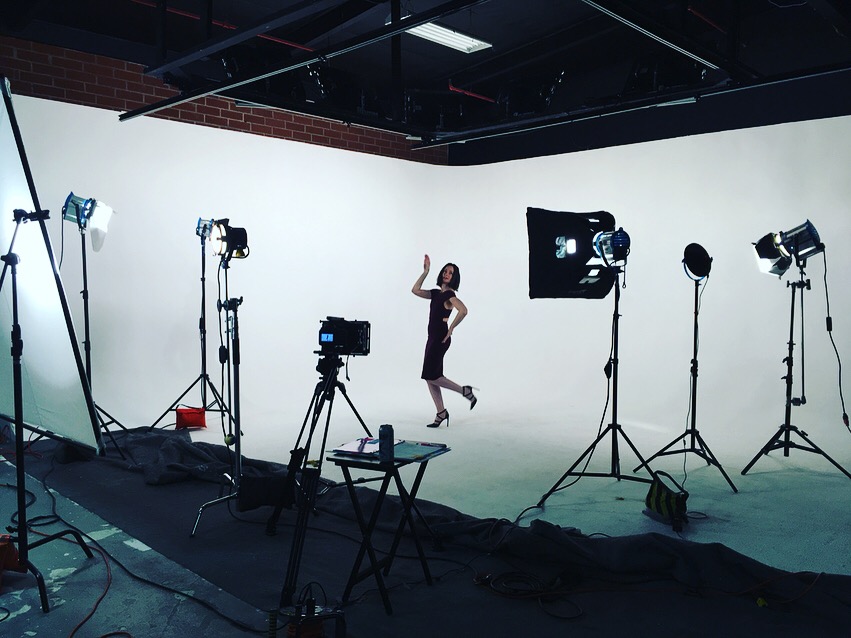 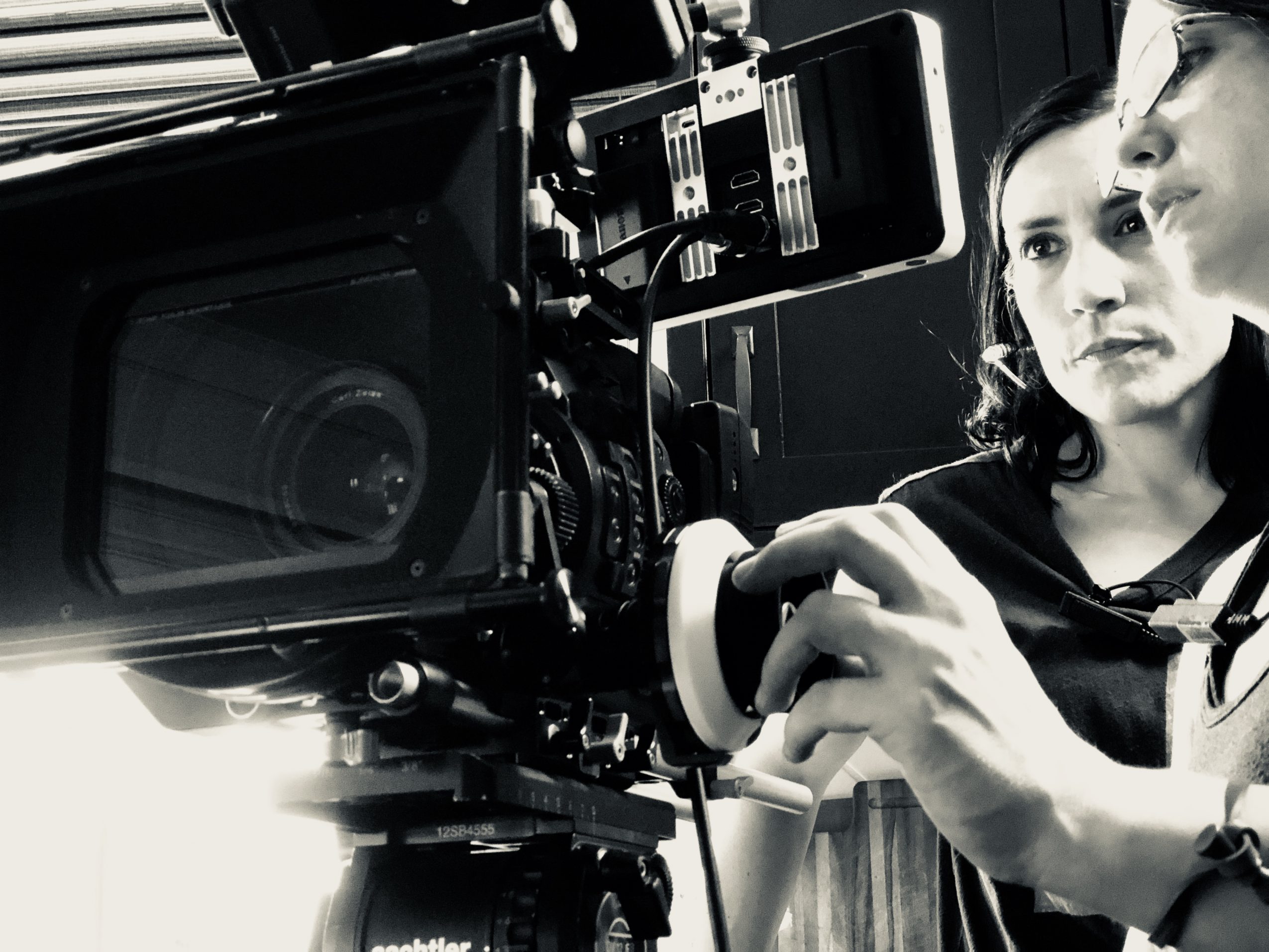 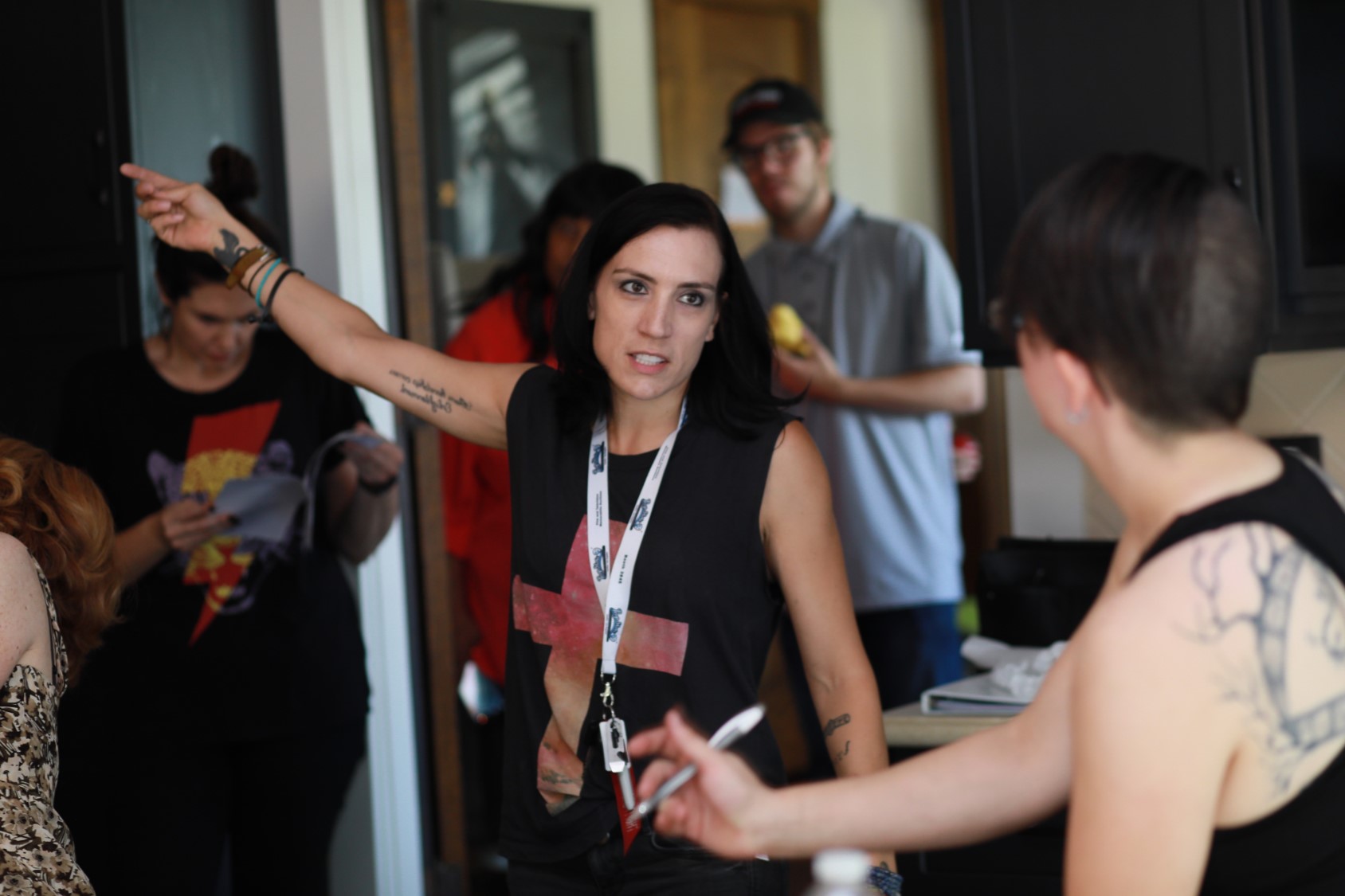 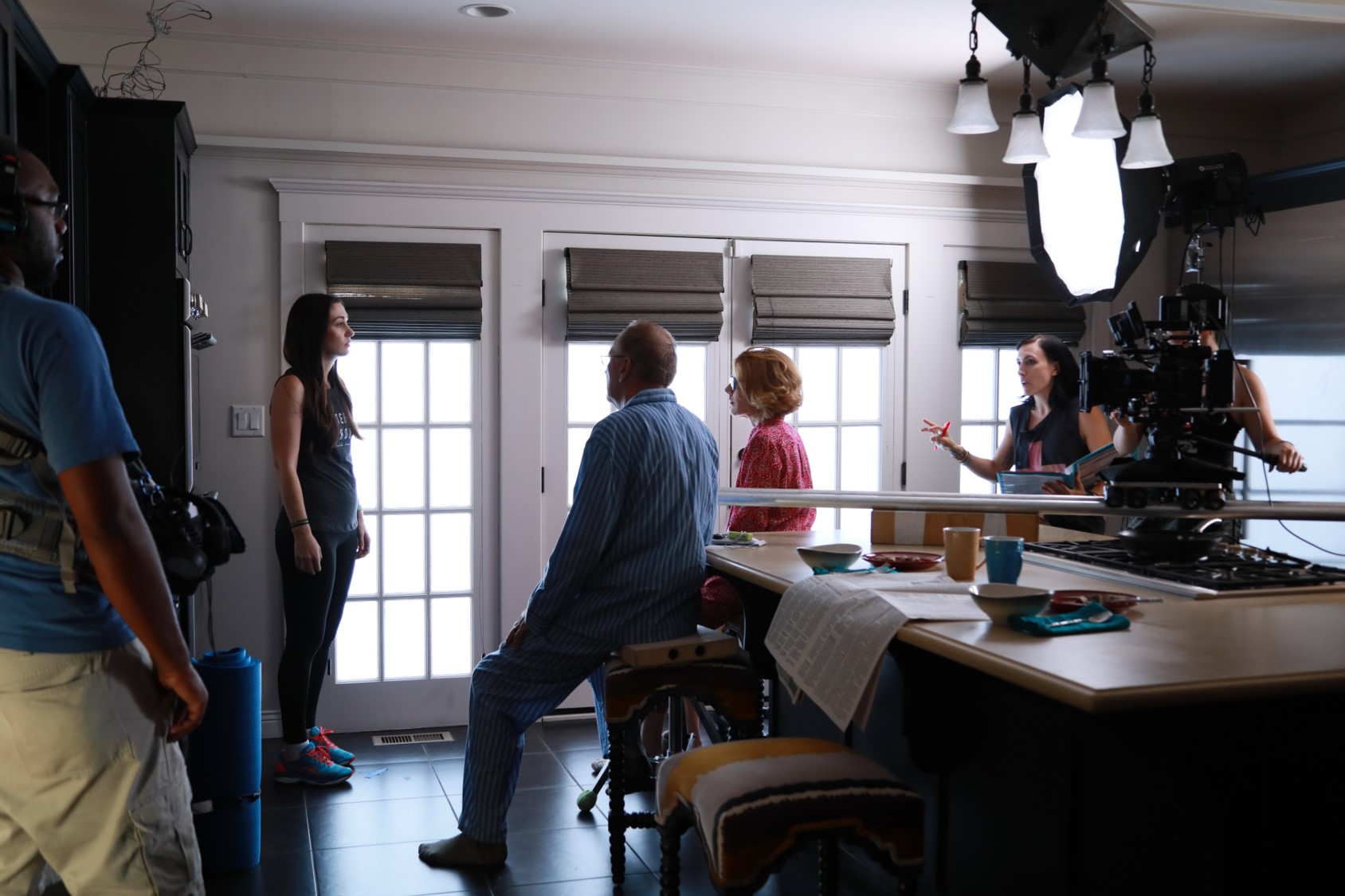