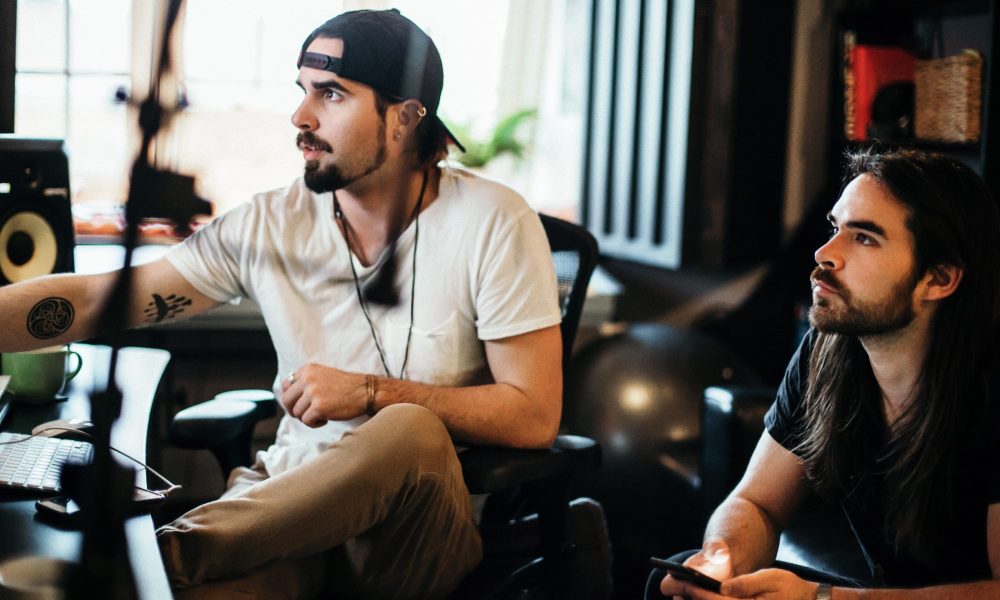 Today we’d like to introduce you to Chase Kuker and Ryan D. Wood.

Chase and Ryan, let’s start with your story. We’d love to hear how you got started and how the journey has been so far.
We both met each other back in 2009, when we were both in bands and performing live. Chase was in the pop/rock band ChaseJordan under Rodney “Darkchild” Jerkins and Ryan was in the alternative rock band Letters To The Editor. Both bands had several degrees of success in Los Angeles, both with playing many of LA’s famous venues as well as recording several albums and label signings that were in their future. Since we were both a set of twins, we got along really well, but had two different paths we were going in music at the time, so we didn’t see each other for a while. Chase and his twin brother Jordan decided to break up the band ChaseJordan in order to pursue other areas of business in the entertainment industry. Chase built a home studio and began to focus on music production and film scoring while also getting hired on the filmmaking team, American Film Productions. Within two years AFP along with Chase had produced five feature films. It was here that Chase was able to hone his writing and story skills for film and to learn the ins and outs of what producing films consisted of. After those films were done, Chase decided to stick with what he loved and focus on music.

One night in 2015, Chase, his brother Jordan and some friends were out Le Jardin down in Hollywood where they ended up running into Ryan and his twin brother Chris who were there with mutual friends. They barely recognized each other as they both had facial hair and it was the first time they had seen each other in six years. They caught up and Ryan was able to fill Chase in on what he had been up to since the last time they had seen each other. Ryan and his brother Chris had decided to make some changes in their life as well at the same time Chase and Jordan had, unbeknownst to them both. After Ryan had done a great run with his band Letters To The Editor, his brother and him decided to form the band Defiant the Lion in 2010.

After another successful run with this band, Ryan decided to go to school and try another passion he loved for music in film. He went to UCLA’s Film Scoring program and interned at Hans Zimmer’s music campus, Remote Control under film composer Heitor Pereira. When Chase realized that Ryan was in school for the very work he was doing, they decided right then and there to start working together in music for film. Chromosomes were formed. In the last five years Chase and Ryan have been fortunate to work alongside some of the industry’s best ranging from commercials, to TV/Films and even blockbuster movie trailers. They even began producing their own short films alongside other members of their creative team in order to continue to hone their skills in film scoring and showcase their work on a top level to their peers and industry professionals. We cannot wait to show you all what we have coming soon!

We’re always bombarded by how great it is to pursue your passion, etc – but we’ve spoken with enough people to know that it’s not always easy. Overall, would you say things have been easy for you?
Anything in this industry is going to have obstacles and challenges. We chose to have a positive outlook and make sure we continually knew why we wanted to create music. It’s more than just having a finished and honed product, it’s about a relationship with the artist, producers/filmmakers and players we work with consistently. It’s about making sure we are in it for the passion, the art and purpose. So, when finances were low, when jobs were miscommunicated, and when deadlines were tight, we chose to stay positive and continue to give our best no matter what. We found that challenges and obstacles became easier and easier to handle with this mentality and we think it has definitely shown in our work.

We’d love to hear more about your work.
Chromosomes specializes in creating custom and original music for commercials, TV, film, video games and movie trailers. We also produce short films made with our other creative partners, writers and producers. We are most proud of our film we produced and scored, The Fixer, written and directed by Michael Schilf and starring the legendary Danny Trejo. It was a blast to be able to work with him. We are set apart from others because we are a dual team with each different skill sets and working capabilities. We complement each other in our work process, since we both cover a vaster area of expertise in the many different creative areas of music production and film production.

What were you like growing up?
Chase – Grew up loving sports and books. He challenged everything and liked to be a class clown. He never really had a close relationship with music except for the love of it appearing in films and movie trailers.

Ryan – Grew up loving video games, technology and drums. He was always curious of how things worked and liked being a goof ball as well, making people laugh was most important to him. Ryan’s love for music came in the opposite form than Chase, he wasn’t really into films growing up, but loved music in general. 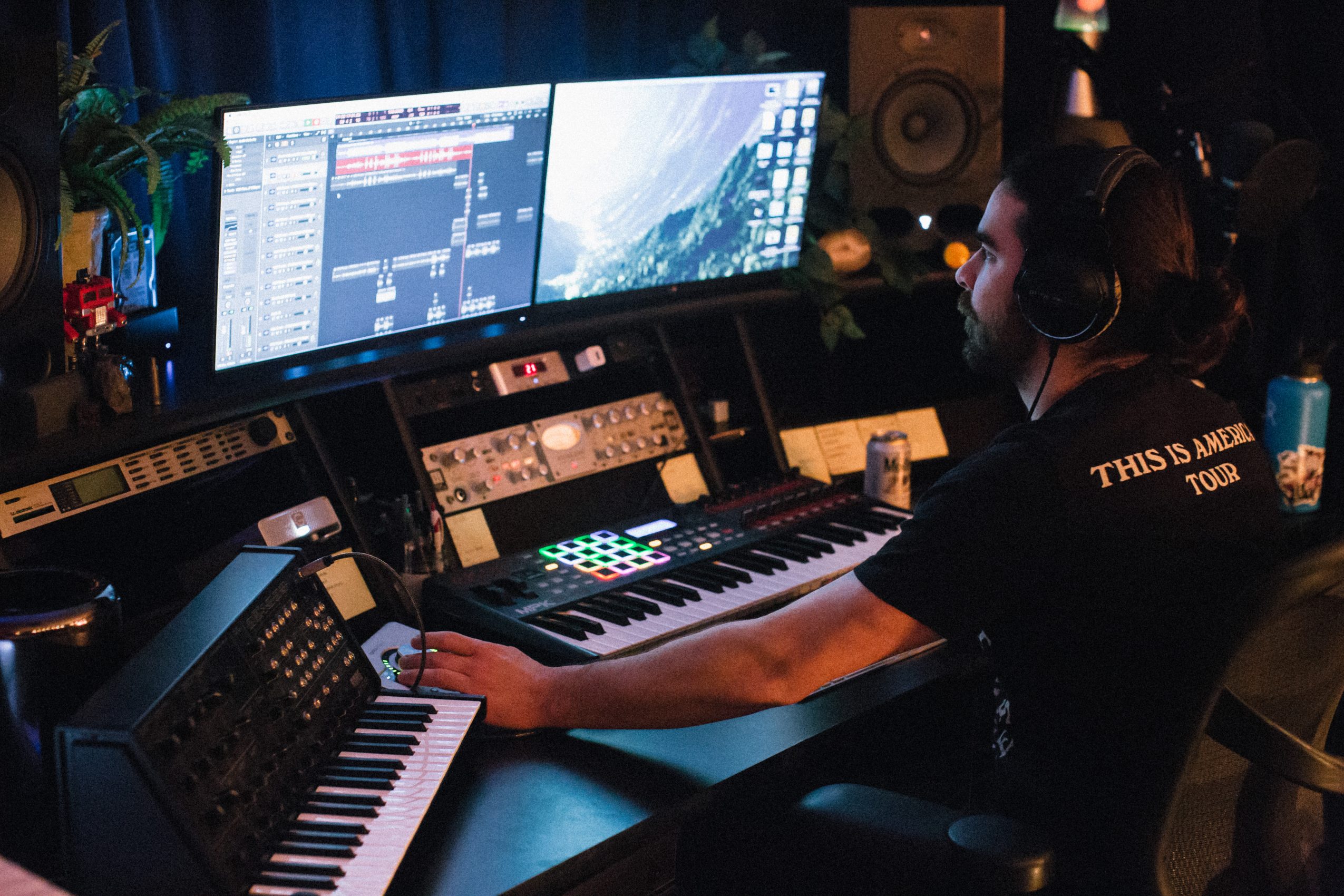 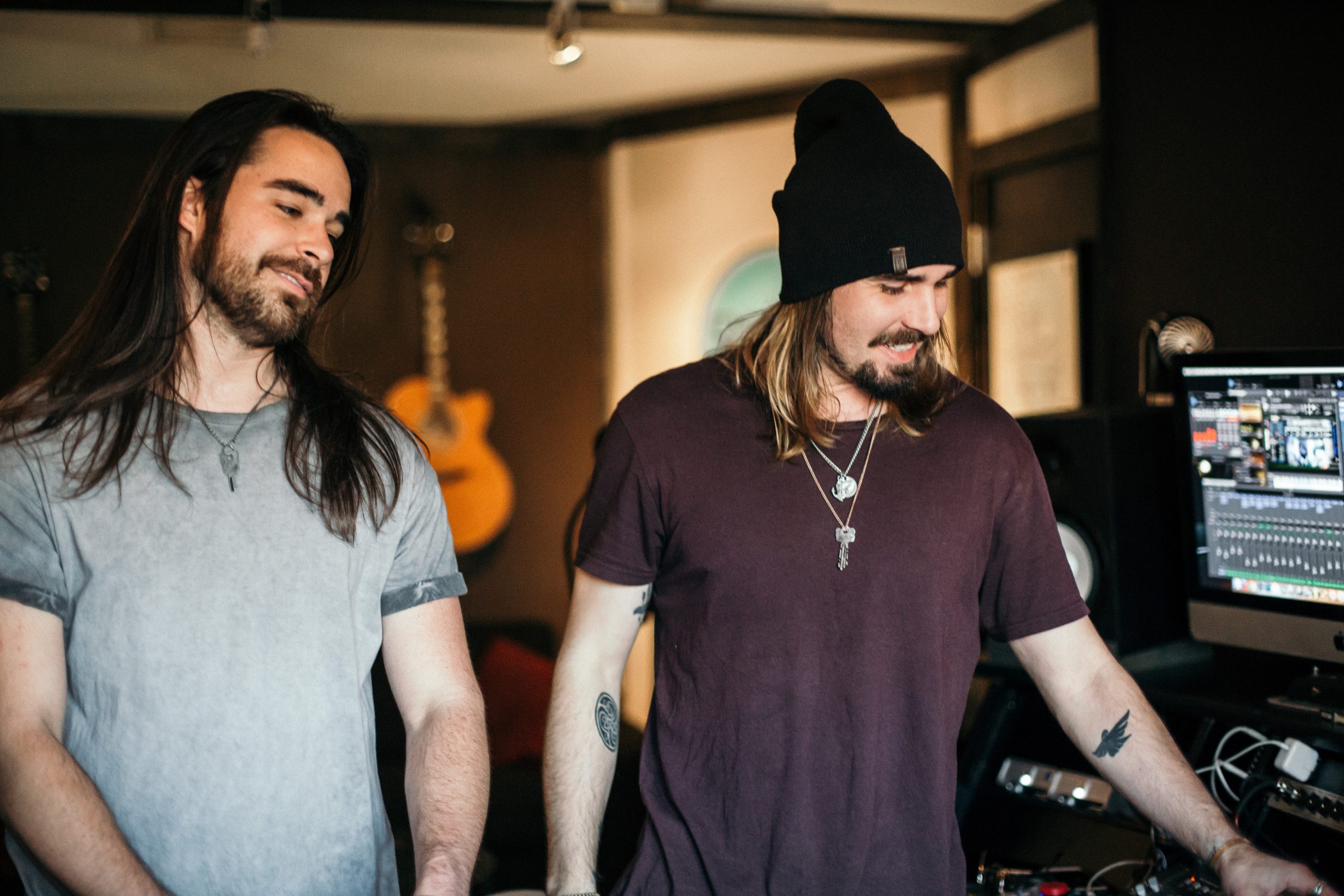 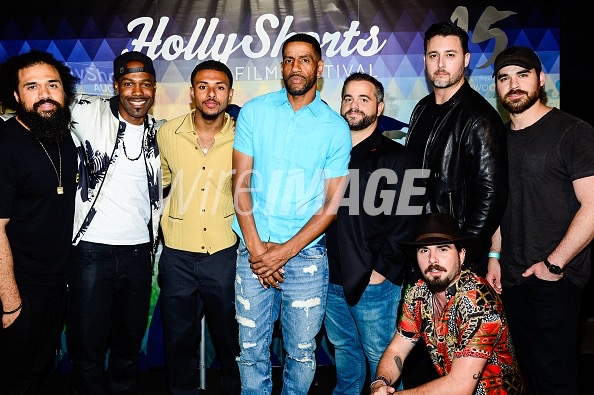 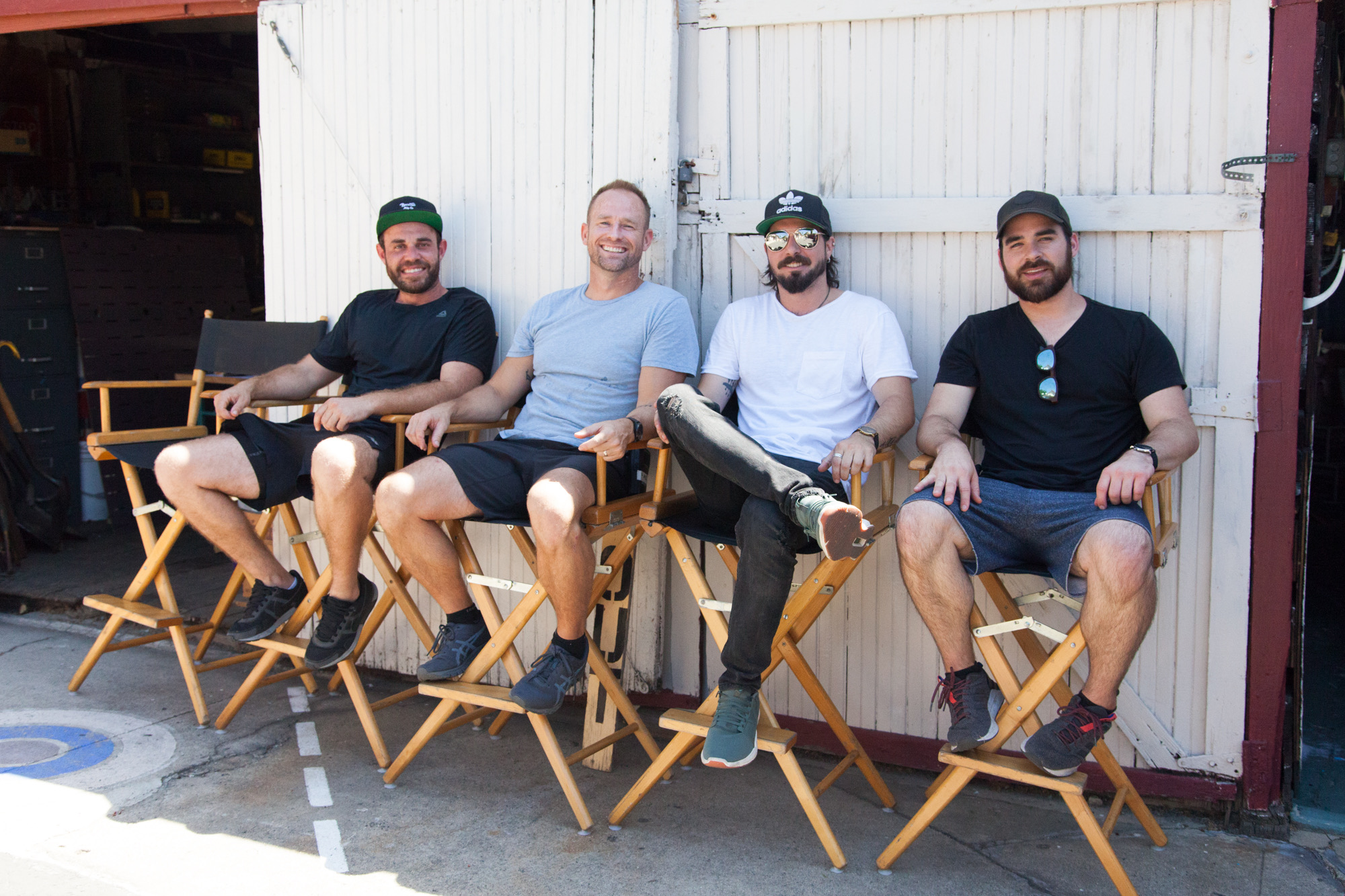 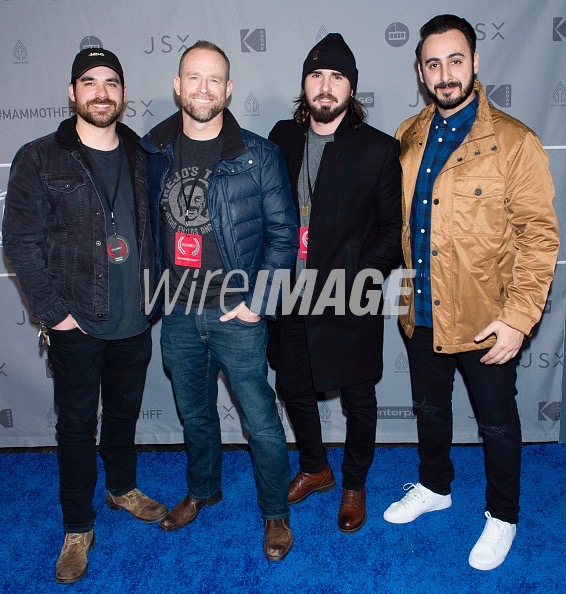 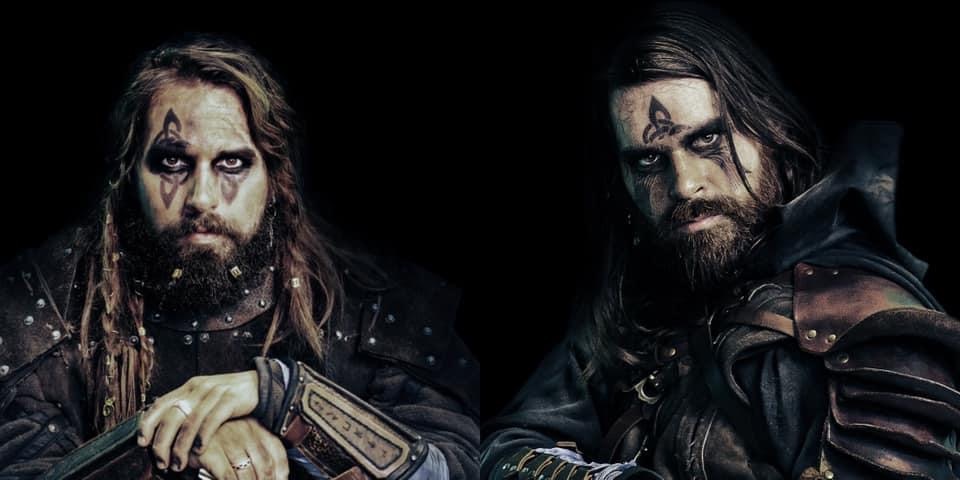 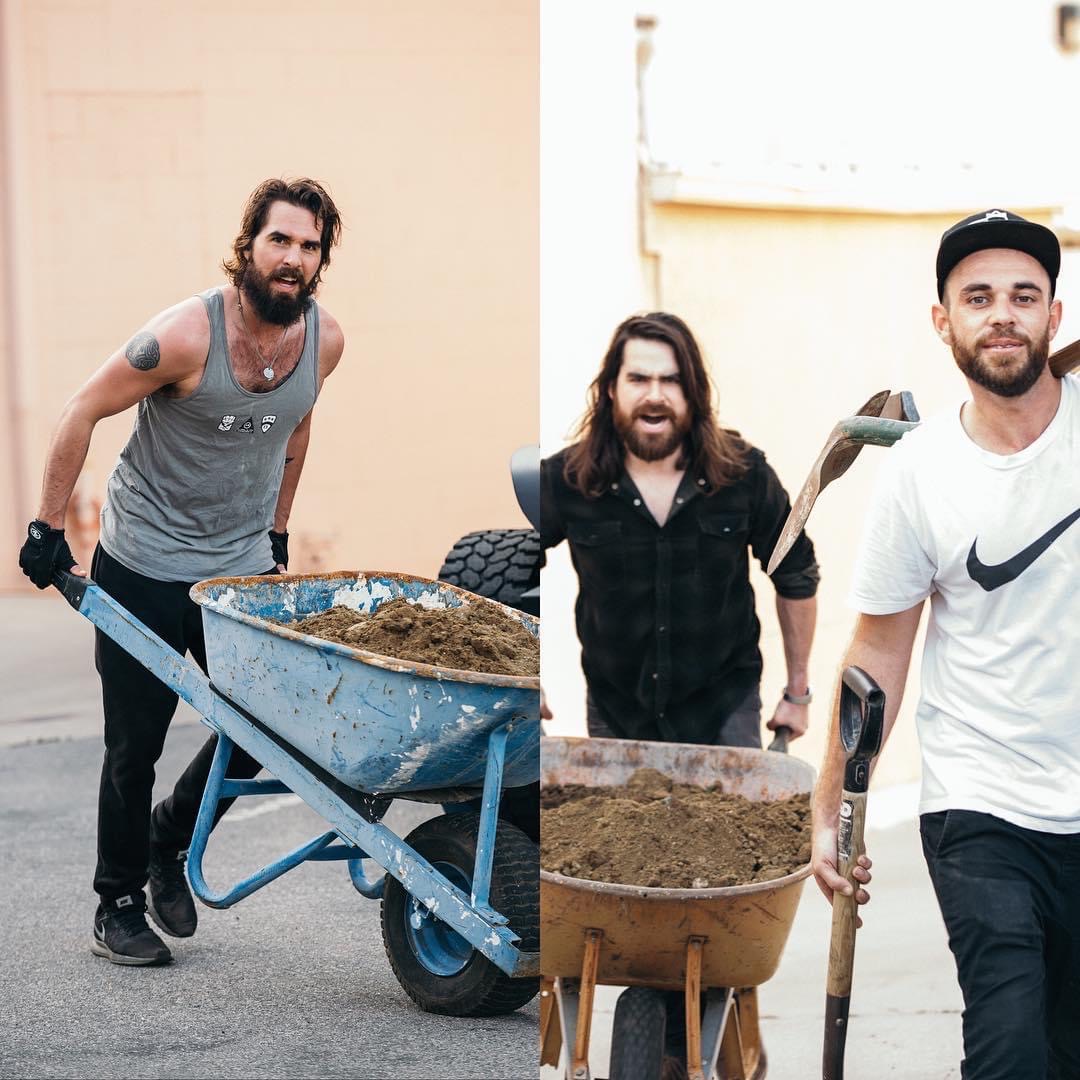 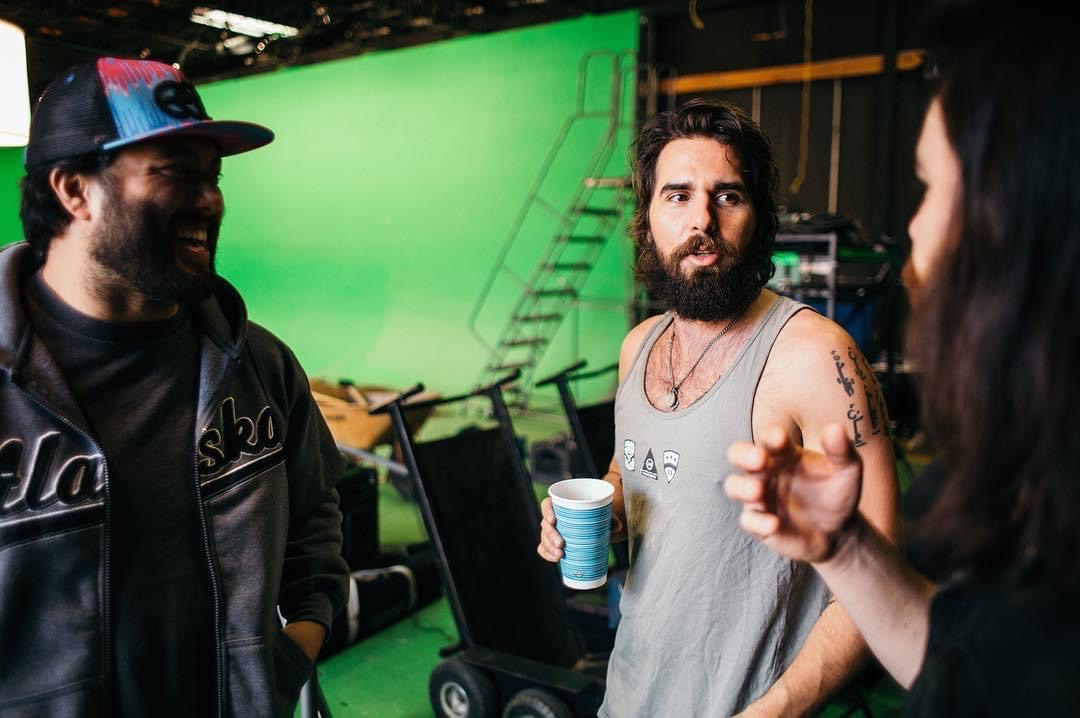