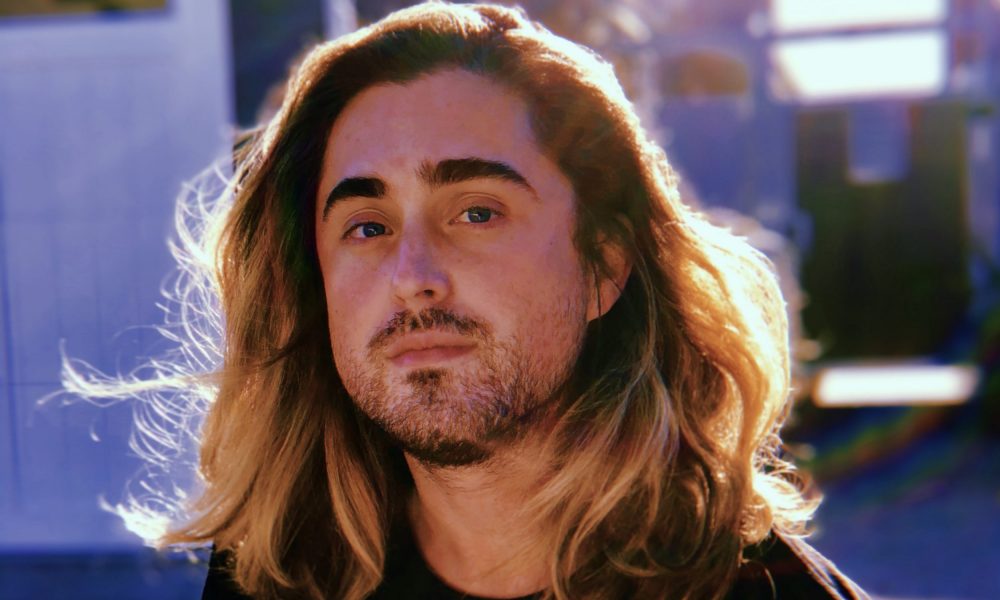 Today we’d like to introduce you to Chase Ingrande.

Chase, can you briefly walk us through your story – how you started and how you got to where you are today.
I, like many who have come before me, moved to Los Angeles to act and write. I studied acting and writing in Chicago and it was a pretty clear that LA would be the next step if I wanted a career in entertainment. Beyond acting and writing, I have always been involved in the arts, whether it was painting, doing plays and musicals, doing improv and sketch comedy, and more recently makeup and drag. As soon as I got to LA, it became very clear to me that you are going to get NOWHERE in this town unless you know exactly who you are and what you bring to the party. As time passed, I became disillusioned with that. I thought I was “good” at what I did and good at a lot of things, but I didn’t really know who I was as a person. I felt like a vehicle for my passions with no one in the driver’s seat. I started doing drag in college by taking a basic stage makeup class. I liked it and continued to practice and even perform a couple of times around Chicago.

After moving to LA, most nights I would get into drag, walk around my apartment in high heels and take pictures, and then get out of drag. I’d never leave my apartment. I didn’t have any friends who were into the drag scene. I didn’t know where to perform, or who to talk to. I didn’t know who I was as a drag queen. I had adopted the new drag name Chase Runaway, after wanting to use my real name (because it was the only one to respond to) and Runaway because it sounded romantic and is a silly pun. (say it out loud, it makes sense) But I still didn’t really know who Chase Runaway was yet. Above all else, I was so scared. I was scared of going to nightclubs to perform because the Pulse shootings had just occurred. I was scared to be seen in drag. I was afraid of being a target of being noticed. I was afraid I wasn’t good enough or pretty enough for funny or talented enough. I deal with a lot of fear, even now.

However, finally performing in front of an audience casts those fears away. That’s the kind of stuff that happens by getting on stage. I started putting myself out there to local queens, asking for gigs. I started performing around Silverlake. It’s amazing how much you learn by trying stuff out and looking like a fool and being unafraid of failing. It all slowly started to come together. I then started doing shows in West Hollywood, which is a mecca of drag in Los Angeles. I started making really amazing friends in the drag scene, from queens to go-go dancers, to hosts. And through it all, I began to get really confident in what I bring to the party. People come up to me and tell me that they were emotional when they saw me perform, or they thought I was hilarious or beautiful or something else that validates what I do. I feel very comfortable in drag now. When the COVID-19 and shut down drag scenes all over the world, I began to see many drag shows appear via the internet, but none the way I would want to see digital drag become. So I created THE RUNAWAYS DIGITAL DRAG SHOW (now on YouTube), and the two shows have been super exciting and successful. It’s pushed me to become a better queen by cultivating my own space to perform in.

Drag makes sense to me because all the things I love doing — acting, singing, dancing, writing, makeup, designing, producing, mixing, making people laugh — it all comes together as Chase Runaway. She is a fantasy of my dreams that comes to life when I get to utilize all of the things I love to do. I feel really beautiful when I do drag and I aim to do and create beautiful things in drag.

Great, so let’s dig a little deeper into the story – has it been an easy path overall and if not, what were the challenges you’ve had to overcome?
The biggest struggles that I have faced have been the fear. We live in a world where the LGBTQ+ community have been on the receiving end of so many instances of violence and evil. That has made it very challenging for me to overcome. I love performing and being in queer spaces, but I have constant anxiety of something bad happening when I’m at these bars and nightclubs. What I try to remind myself is that when I am outperforming and doing what I love, I’m experiencing true joy in my life. While I might be safer at home, it won’t make me any more happy or fulfilled.

Another point of fear for me has been the fear of not being good enough. It gives me comfort to know that every artist experiences feelings of self-doubt and lack of confidence. When you’re a drag queen it feels different because you’re wearing your art on your body, constantly being judged by every critic around you. It’s incredibly brave to be an artist.

Please tell us about Chase Runaway.
What makes me different from other drag queens is that I believe confidently in my ability that I’ve never felt the need to be that stereotypical “bitchy” drag queen. I’ve met so many queens who think they need to act a certain way in order to be the best or seem like the most successful or talented. I’ve never felt that way. I believe that kindness and humbleness and relatability is a beautiful thing when it comes to being a queen. The most important connections I’ve made have been when it’s just me and another queen waiting to go on stage and I tell her she’s going to be amazing. We’ve formed a bond that is way more important than ever seeing each other as competition. I believe that’s my star power.

Do you look back particularly fondly on any memories from childhood?
I think it’s because we’re on the subject of drag, but one of my favorite childhood memories is being OBSESSED with Ariel’s dress from The Little Mermaid.

She wears this dress for like 10 seconds in the movie, but it’s at the end when her father, King Triton, turns her into a human so she can be with Prince Eric. It’s a boatneck, silvery-blue sparkly dress with a slit on the side. I remember loving and wanting that dress. I should probably make one for myself now. 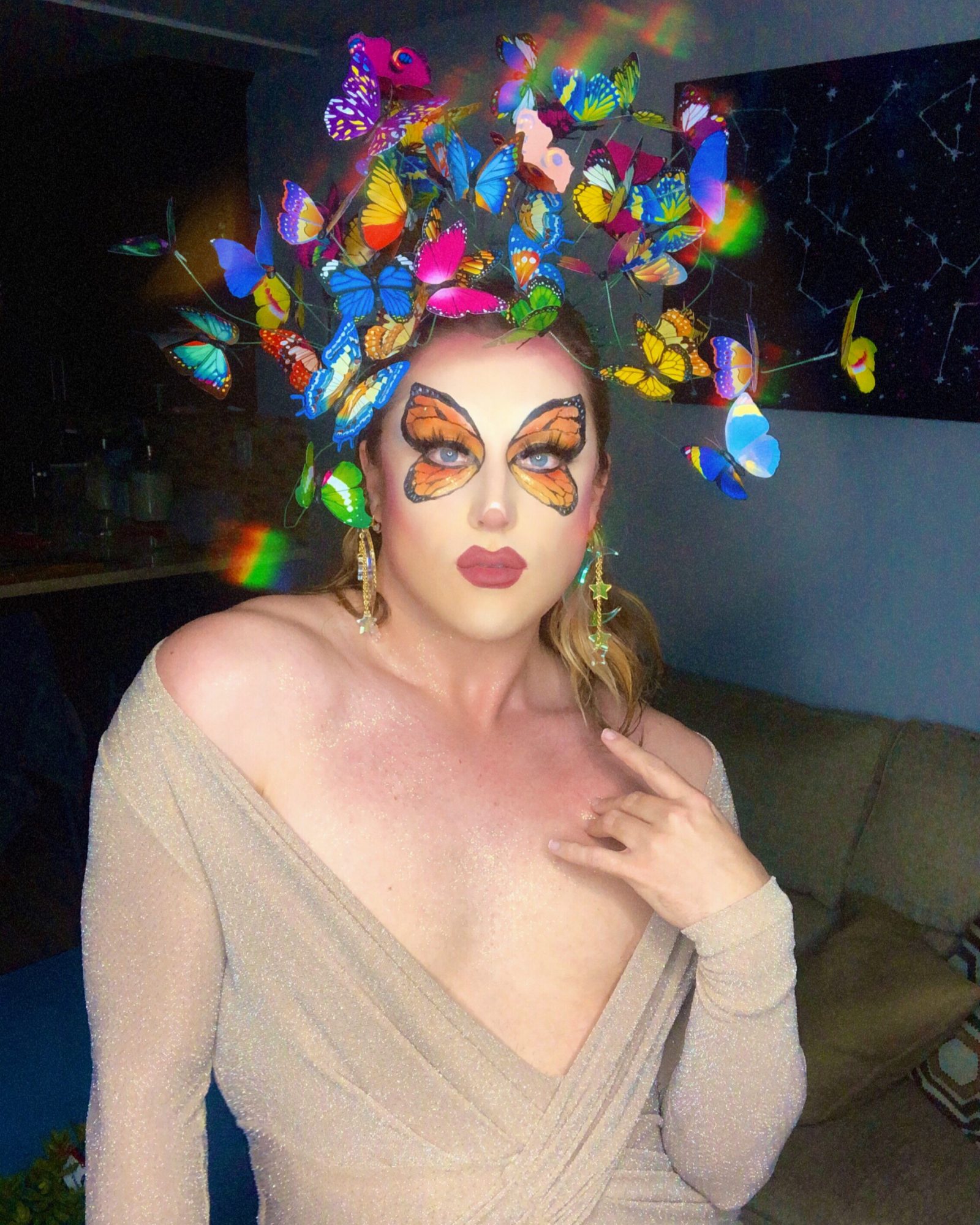 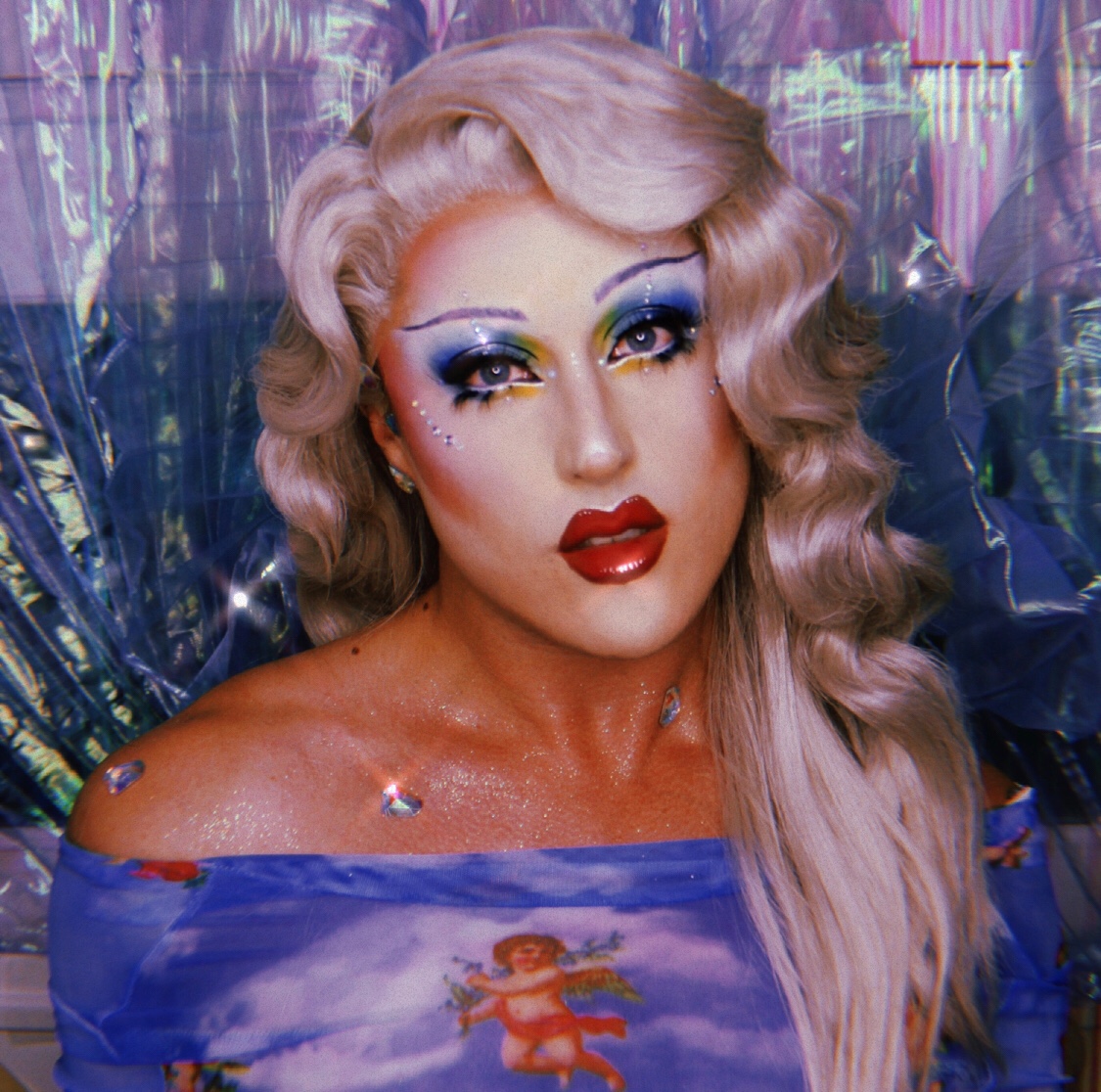 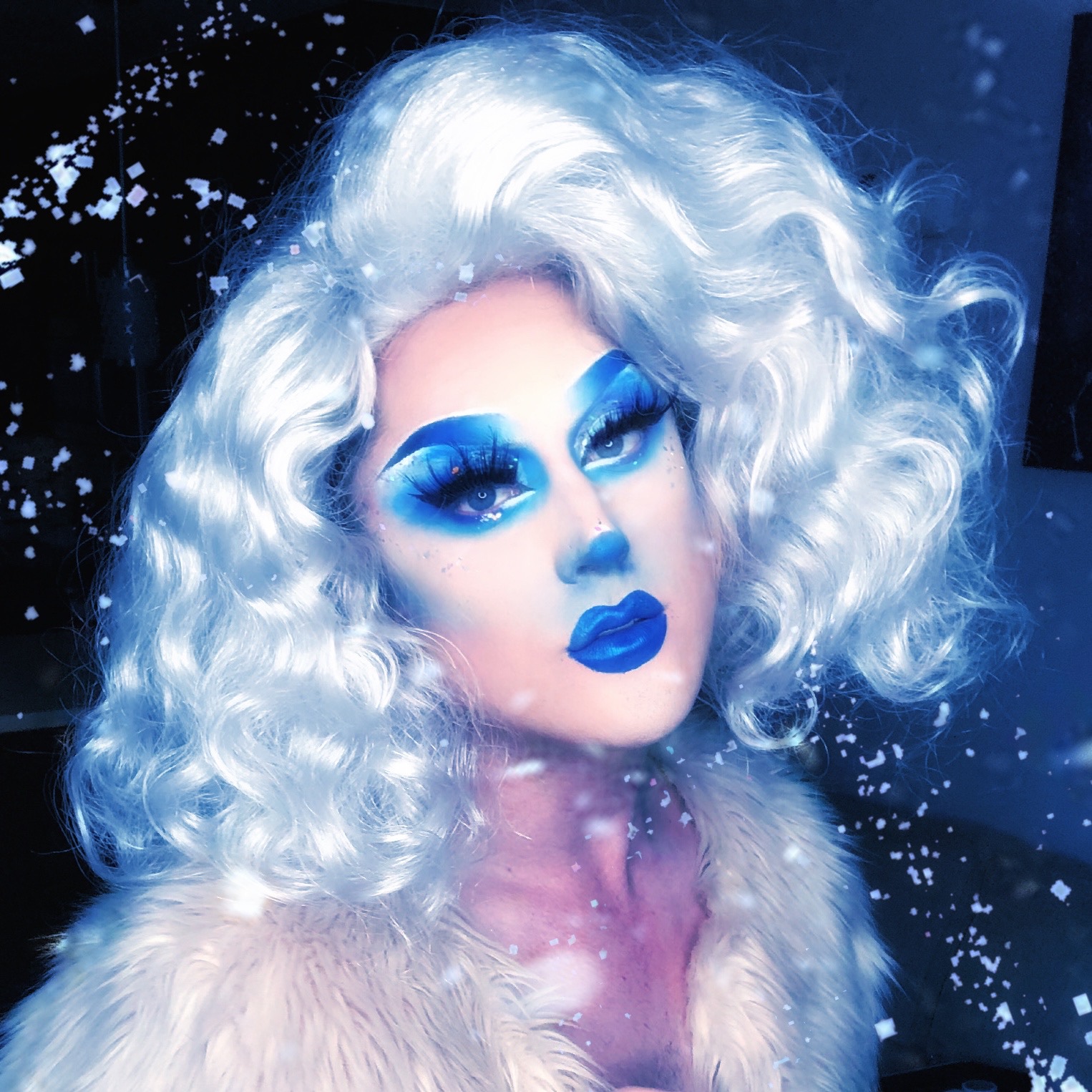 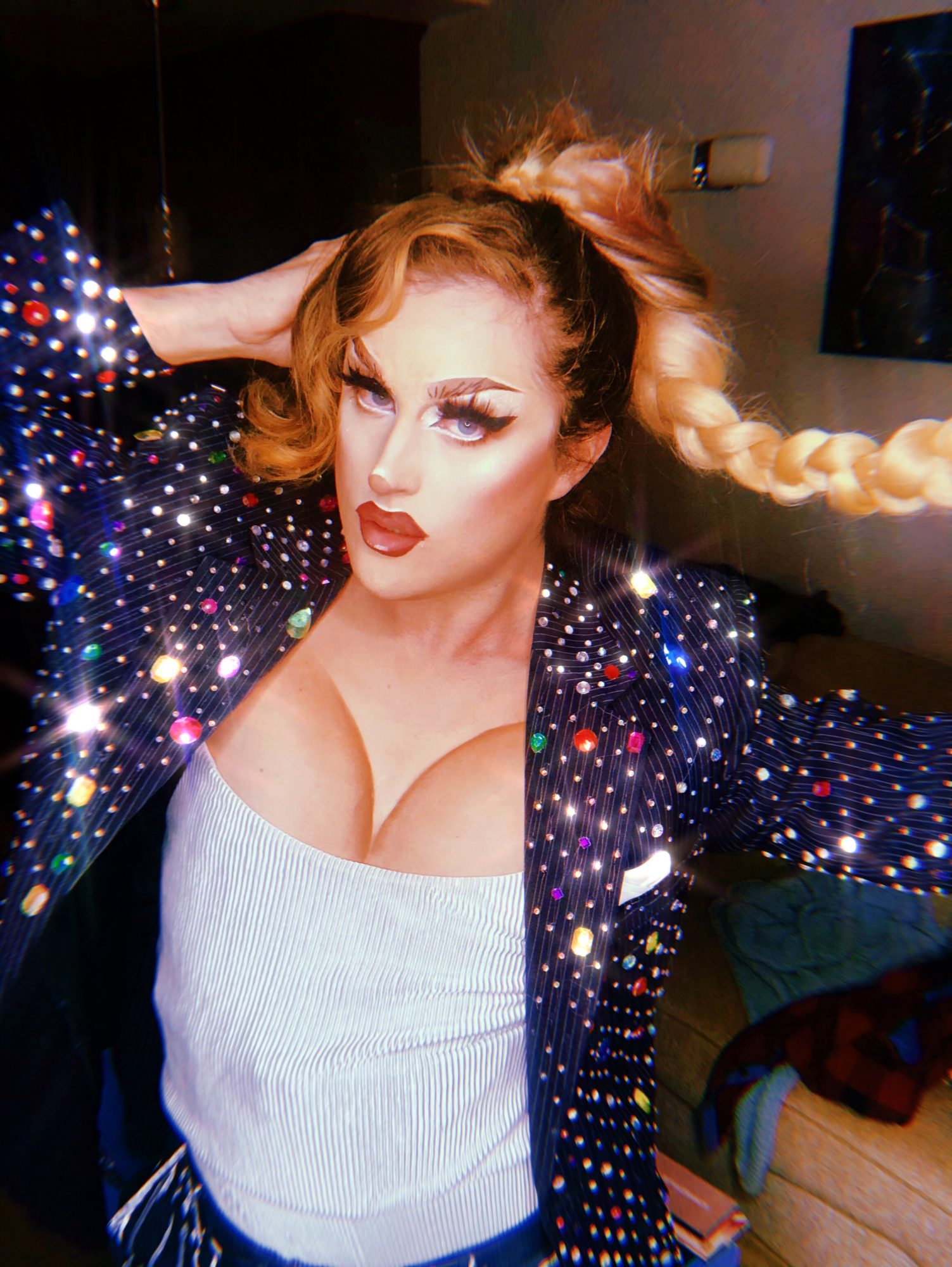 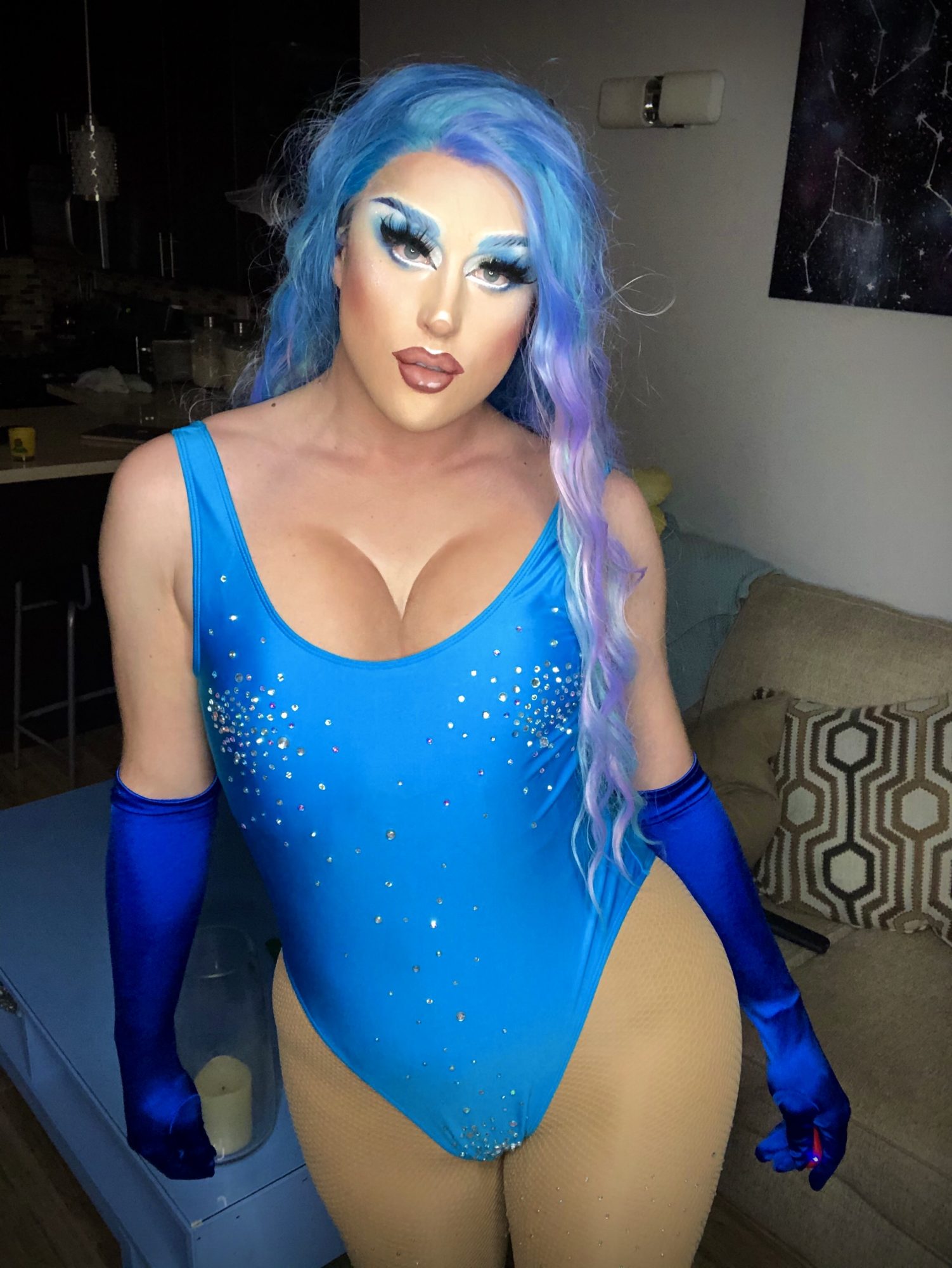 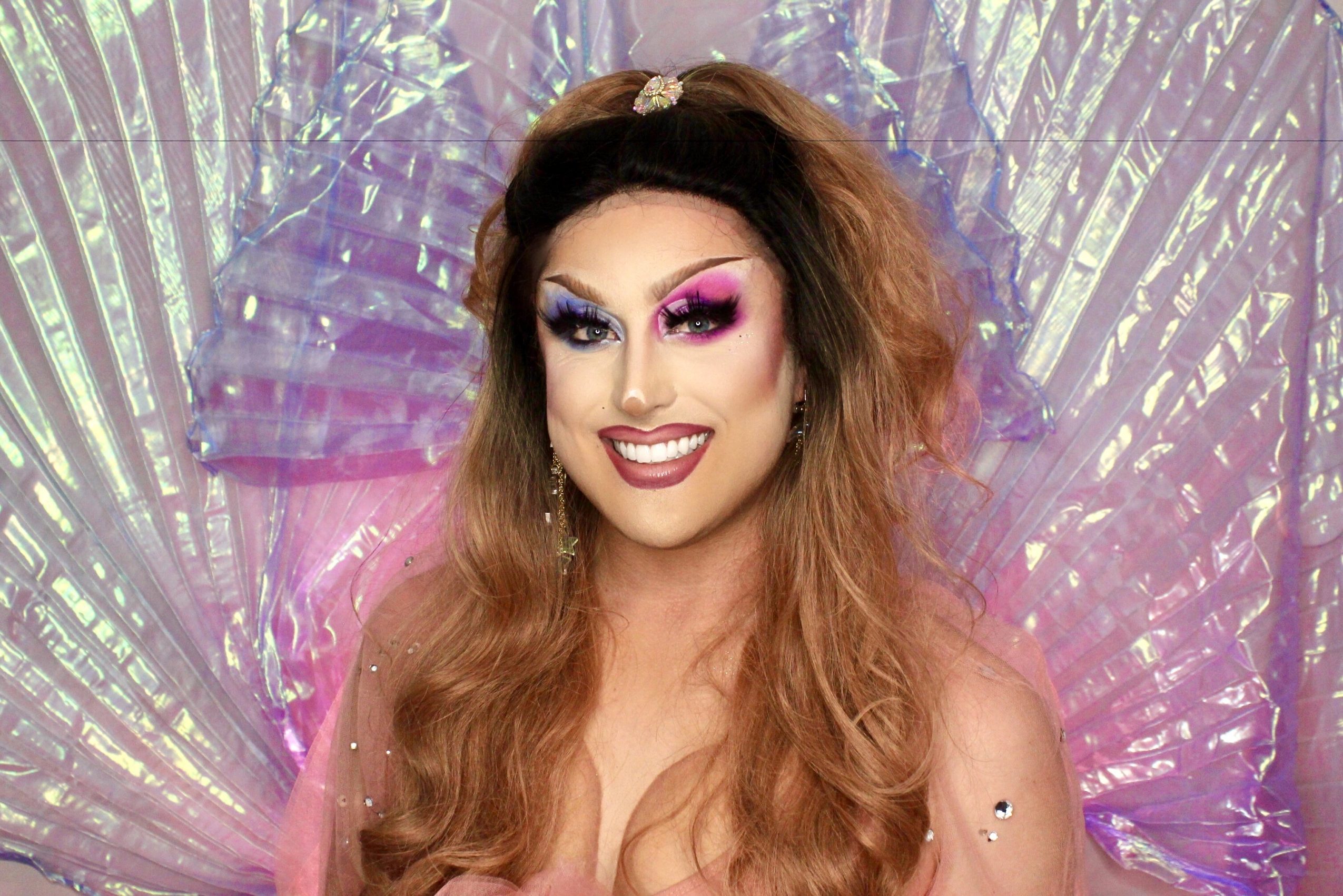 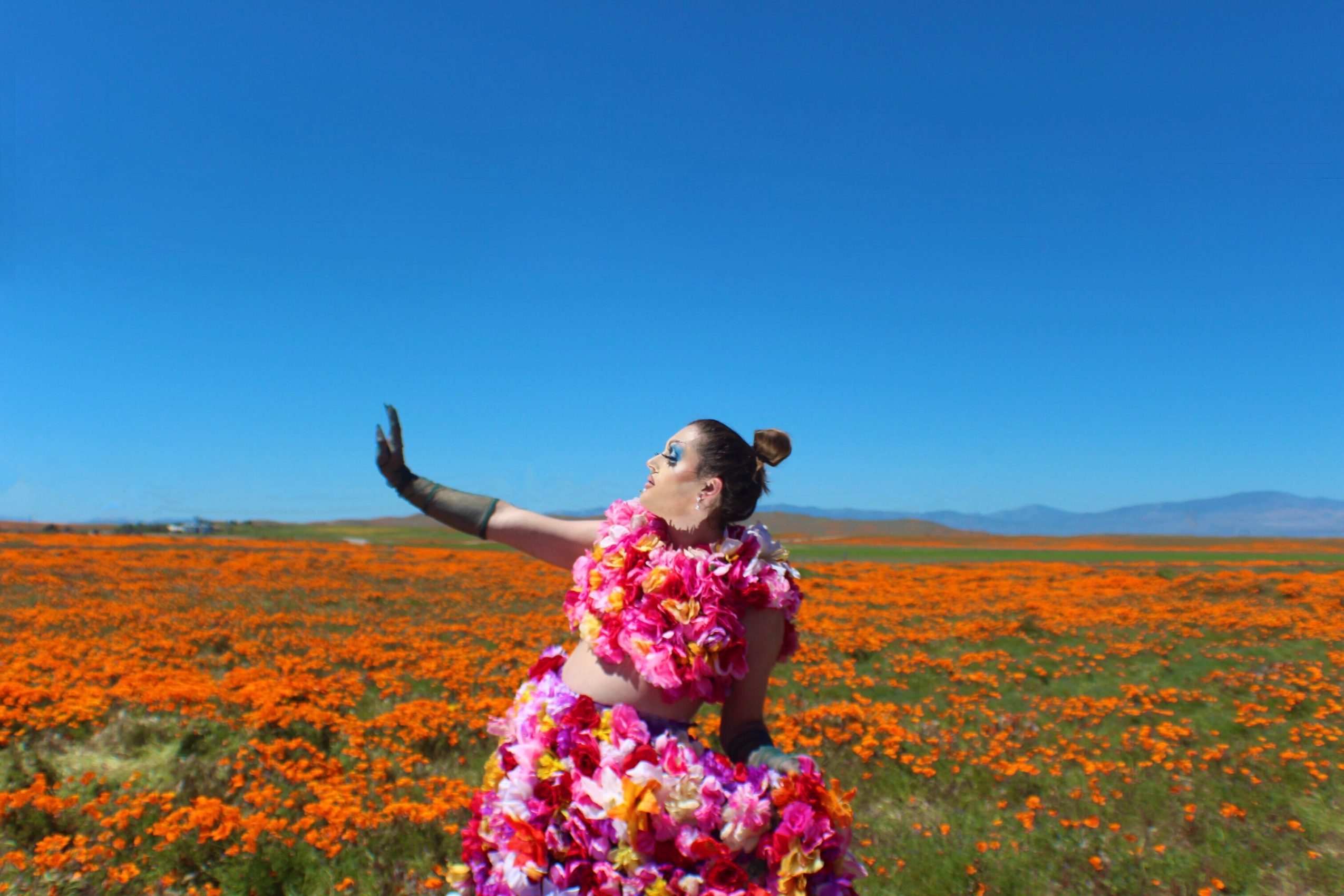 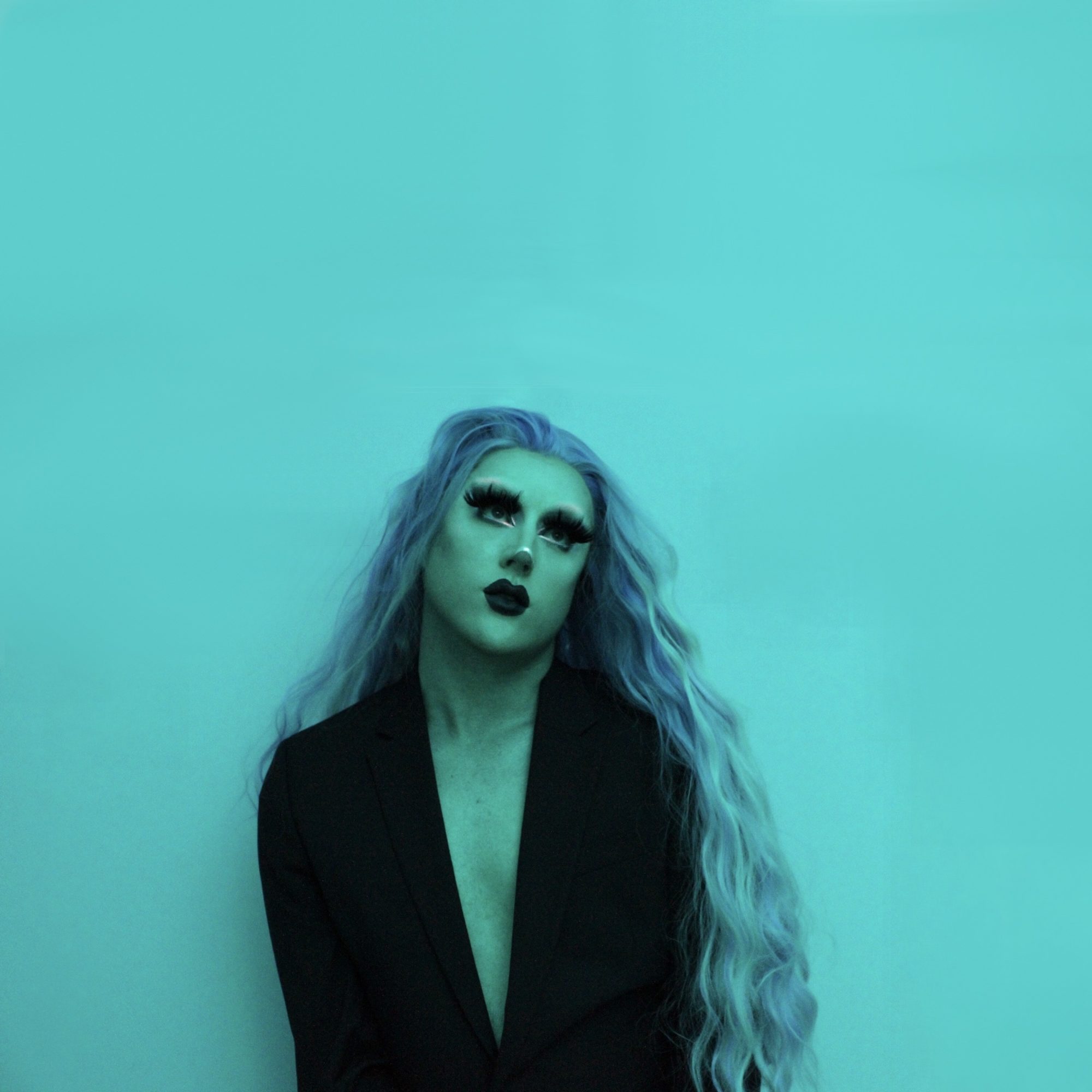