Today we’d like to introduce you to Charon Scerra.

So, before we jump into specific questions, why don’t you give us some details about you and your story.
I was born into a family of artists with my mother being a painter and my father helping her make puppets larger-than-life for local festivities. At the age of five, I started taking ballet classes and performing in community theaters. As time went by, I started showing an interest in music and was the lead singer of many local bands and even released a song as a solo artist later on. I would go to competitions and had to compete against my cousins, as many members of my family were involved in the arts somehow.

I was one of the dancers from my dance school selected to go to London and perform at The Shaw Theater for the “All City Dance Festival,” and that is when I decided to move to London.

I started searching for universities that have a Musical Theater course and came across Pineapple Dance Studio’s summer Musical Theatre Program.

That same year I started applying for Musical Theatre Courses, and after several auditions, I attended Arts Educational Schools for their one-year program.

At the end of the course I auditioned for shows and performed in theatre productions, pantomimes, cabarets shows alongside teaching Dance and Singing to kids. I even wrote and directed my first play called “I Don’t Need Wings To Fly” that was staged at The Bread and Roses Theatre and later on in the heart of the West End at The Phoenix Artist Club.

After working in London’s theaters, I decided to go back to school and get a Master’s Degree: this time in Acting. I applied to some of the top drama schools, and one of these was in the United States.

I got accepted to The Stella Adler Studio of Acting and moved to New York City.

While I was studying at Stella Adler, the studio offered me a theater space to stage the show I had written and directed during my time in London.

Has it been a smooth road?
It’s never been easy. I always had to work hard, but I have never given up at the first obstacle. I am also very lucky to have a family that supports me.

I didn’t know anybody when I moved to London and hadn’t realized how expensive it was to live there.

I was attacked by my landlord on the first week and had to move into a new apartment, which inspired me to write a play based on my first experience in London. I worked jobs that paid minimum wage before finding a way to break through and focus on my career. Had a bit of a rocky start but didn’t let that distract me. Slowly I got to know people in the industry and booked my first Acting job in London. I have lived in 3 countries, and it’s always hard to move to a country you don’t know, but it’s also all very fascinating.

I feel lucky to have performed in Italy, London, and New York City, and it almost feels like I have three homes.

I lived in London for seven years before moving to New York City.

It is not easy to leave my family behind. My mum, dad, and brother live in Sicily, and they are taking care of Bambi, my dog since I couldn’t take her with me. I try to visit them as much as I can, but scheduling can often be an issue being busy between productions and auditions.

We’d love to hear more about your work and what you are currently focused on. What else should we know?
I am an actress, and I also sing and write. I trained as a dancer before focusing on acting.

Being ethnically ambiguous, I write with the hope of introducing diversity into this business, and I always add physical theater elements in my shows due to my dance background.

I have a passion for languages: I speak Italian, Sicilian, Spanish, French, and am currently studying German and have performed in all these languages.

During my time at The Stella Adler Studio, I took On-Camera Technique classes, which I absolutely loved. After spending so many years performing on stage, I am looking forward to working more on TV and Films. I have had many opportunities in NYC already and am very excited about what’s coming next.

I keep busy every day working on a project or preparing for my next audition. Sometimes I get called in for an audition with very short notice, so I always want to make sure I am ready for it.

I am also very interested in working on new plays because most of the times you have some space for devising, and it gives me more freedom to create and explore with the whole cast.

I am forever grateful to have moved to the United States. I have grown so much in my personal and artistic life. Looking forward to what the future holds for me! 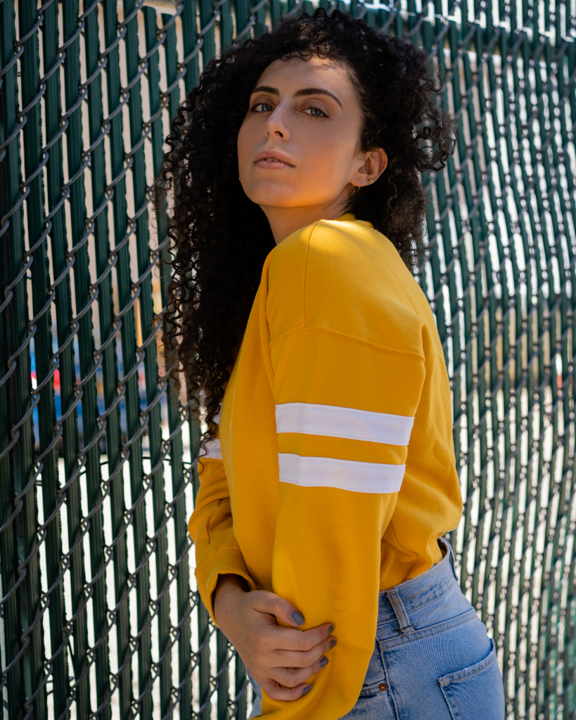