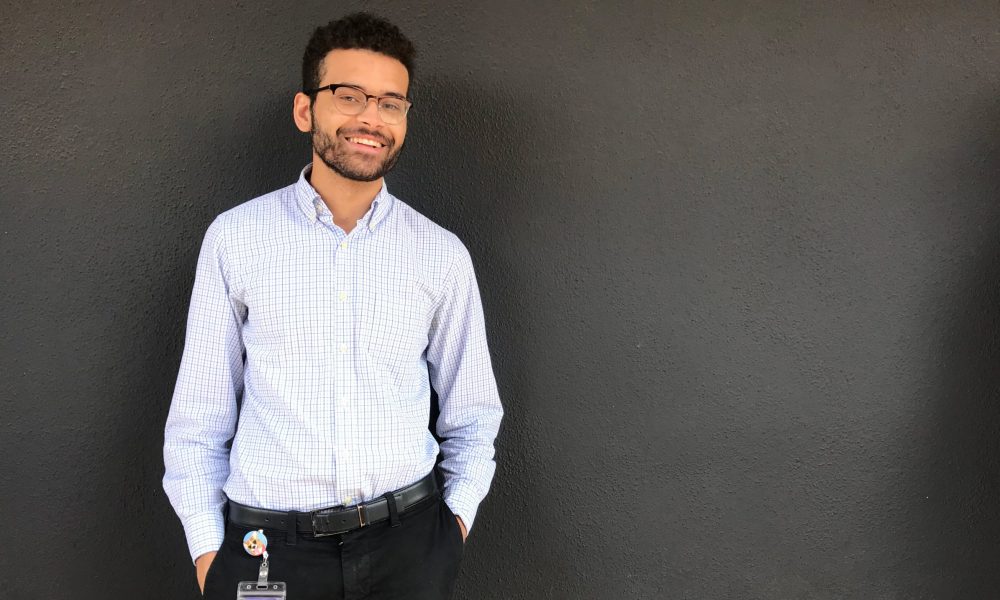 Today we’d like to introduce you to Charlie Malcolm.

Thanks for sharing your story with us Charlie. So, let’s start at the beginning and we can move on from there.
I want to start off by saying filmmaking was not a given growing up in the sunny suburbs of Florida. As the son of a doctor and engineer, I was expected to go down a more traditional career route, but ever since I could I remember, I would immerse myself in the worlds I’d create. I made vast kingdom walls out of the bricks that lined our flowerbeds and imagined a city perched atop the ceiling fan. I was quite good at making mountains out of mole hills too— i.e., I had a flare for the dramatics. So, is it any wonder I went into storytelling?

I wanted to be a writer at first, but I could never get over the frustration that my readers would come up to me and describe a scene or a character in a way counter to what I wrote. It’s like they let their imagination run wild with the text, and while it was all good and dandy, it was not at all what I intended. I wanted people to see exactly what I see in my head, so I pivoted. Naturally, I decided to make movies and TV.

Unfortunately, by the time I figured this out, I was well into a course load for an English degree at a university that did not offer film as a major. So, I did what any sensible student would do: I took any course that had to do with film and forged my own education. I was saving up money working part-time as a stagehand at the university theatre and part-time as a personal assistant at a MetLife. I had the goal to move out to LA, but the folks were adamant that I get a more formal education first.

Working in a theatre was perhaps the best thing I could do at the time because several professional productions came through town, which gave me a lot of on-set experience that transferred over to film production. This is where I fell in love with the technical craft that goes into storytelling. Sure, anyone can write a scene set in Camelot, but when I worked on the lighting crew trying to bring to life a mystical, musical world of the knights of the round table, it was, for lack of better words, a whole different story.

Also, for the record, working in the theatre is intense and essentially a construction site, so let’s all applaud our stagehands for sometimes literally risking life and limb to make Glinda fly in on her bubble.

So, in order to get to LA, I had to take a detour for my folks’ sake–grad school. I only applied to one school, Florida State University College of Motion Picture Arts (1) for those glorious in-state fees and (2) the fact that they were making waves in the industry. (Remember Moonlight getting Best Picture? That was our school; the whole crew!) I was more interested in making connections than an actual education but lucky for me, I got both. The program gave us experience in every position on and off set, with a literal truckload of equipment so nice that I’ve yet to see a set like it in LA. I spent two years in Tallahassee, FL refining my craft and specializing in the technical art of cinematography, set on becoming a Director of Photography for TV.

I moved out to LA almost four years ago and I spent the first year on set as a gaffer and camera assistant. I worked on a range of projects: short films, music videos, infomercials, even day-playing a feature or two, but all of those jobs were few and far between; so it was hard to pay rent at the end of the month when I only worked 10 out of the 30 days.

It was starting to look like I needed to find a day job to fund my weekend on-set habit. It is by the grace of God that I submitted to a student editing competition for the American Cinema Editors in my last days of grad school because I was one of three national finalists! I was invited to the award ceremony at the Beverly Hilton and took the opportunity to network like I never did before. I hobnobbed with all of the Oscar-nominated and Emmy award-winning editors, getting advice and business cards, when I came across Joi McMillon, one of the two editors for Moonlight! I mentioned we were alumni from the same school and she immediately said, “Give me your resume. I’ll get you a job.” Even though I didn’t win in my category that night, she was true to her word. And just a few weeks later, I was working as an assistant editor on a documentary about MTV that went on to premiere at Tribeca.

Documentary work is difficult, by the way. No one ever mentions that the concept is largely sown together in post. We spent hours in an office covering the walls in colored index cards trying to figure out the order of the film. I personally had to comb through 20 years of broadcasts recorded to tape to catalog anything that could be used for one of our story points; and nothing was off the table, but ultimately it paid off. I built organizational skills that helped me land an interview and eventually a job at NBC Universal as the sole assistant editor in the Digital department.

Today, I work as the post-production coordinator over the Creative Content department at NBC Entertainment. I work with an amazing team of editors to put together the web content used to support and cultivate fanbases for all of NBC’s current and legacy TV series.

Great, so let’s dig a little deeper into the story – has it been an easy path overall and if not, what were the challenges you’ve had to overcome?
It’s been a road with lots of twists and turns, but I feel like that’s the way it goes for anyone pursuing their dreams–you’ll quickly realize there is no one way to get there. So, when something doesn’t go according to plan, you’ve got to pivot to figure out the next move.

In undergrad, when I decided I wanted to be a writer or at least work in the literary universe, I couldn’t find a job at a publisher. When I decided to be a film director, not many people believed in my abilities, so I became a DP. When I came to LA as a DP, I couldn’t get paid work, so I became an editor. And when I became an editor, I was making more progress in management, so I leaned toward coordination.

Someone could look at me and say, “wow, he’s really compromised,” but I’m confident that my choices have put me in a better position to become a director. I see myself having a foundation in writing, a background in theatre, and a firm experience in cinematography. I’m more than qualified to tell stories and I find these turns in the road have ultimately help me better communicate my vision.

Another thing I’ve struggled with was gaining the confidence to keep moving forward. It took a while for me to realize that there is not going to be a point when you definitively know you’re doing it right or that you’ve finally made it in the industry. I’ve talked to enough industry professionals who I thought were at the top of their game, and they told me that they have no idea what they’re doing; they’re just doing something, and that’s enough. So, knowing that helps me to keep going and get me through all of those hard moments.

Please tell us about NBC Entertainment.
I am very fortunate to work for NBC. I started out at the company as a contracted assistant editor and just two years later, I’m a staff post-production coordinator. I mainly function as the intermediary between creative leads, like directors and producers, and the editors. I manage a team of junior editors who help prep projects, sync footage, clip highlights from our TV series, and ensure quality in the final deliverables we release to the world. The post-production manager, which is the tier above me, runs the whole department with their eye on the big picture. I help them out by tending to the details.

I truly worked my way up and I know that it has affected how I manage post. I also hope that inspires some people. It really didn’t take years of climbing the ladder. People ultimately will take notice of hard work and I am forever thankful that they decided to keep me on. It is a fine line though. Some people in this industry will take notice of your work and take credit for it too. I’m happy that that has not been my case.

Outside of working at NBC, I’ve been writing a lot of screenplays, stage plays, and pilots. I’ve also been composing music. I’m currently finishing up composing the demos for a musical I’ve written, which I’m hoping to workshop later this year.

I’ve also composed the music for and produced a narrative podcast following the adventures of my mother as she grew up in 1960s Jamaica, titled Gibraltar Lane: A Jamaican Odyssey. It’s been a cool experience working so closely with her and hearing stories I’ve never heard brought out in this episodic journey. It was also strange; you try explaining how to record audio sessions to your mother in another state!

I think everyone should sit down with their parents and record their stories in some way. There are so few stories about women of color in our history, so us creating this podcast helps fill in the gaps a bit.

Do you look back particularly fondly on any memories from childhood?
That’s a hard one. I do for quite a few! I think I’ll go with the afternoon my mom and dad set up a picnic on the front lawn. It was so we could sit down to a reading of a book my mom was writing at the time. It was a laugh-riot. And the voices she could do are astounding! I’m sure it’s one of the moments that really instilled in me the power of storytelling. It can bring a family together and can create joy, and it can come from the most unexpected places. 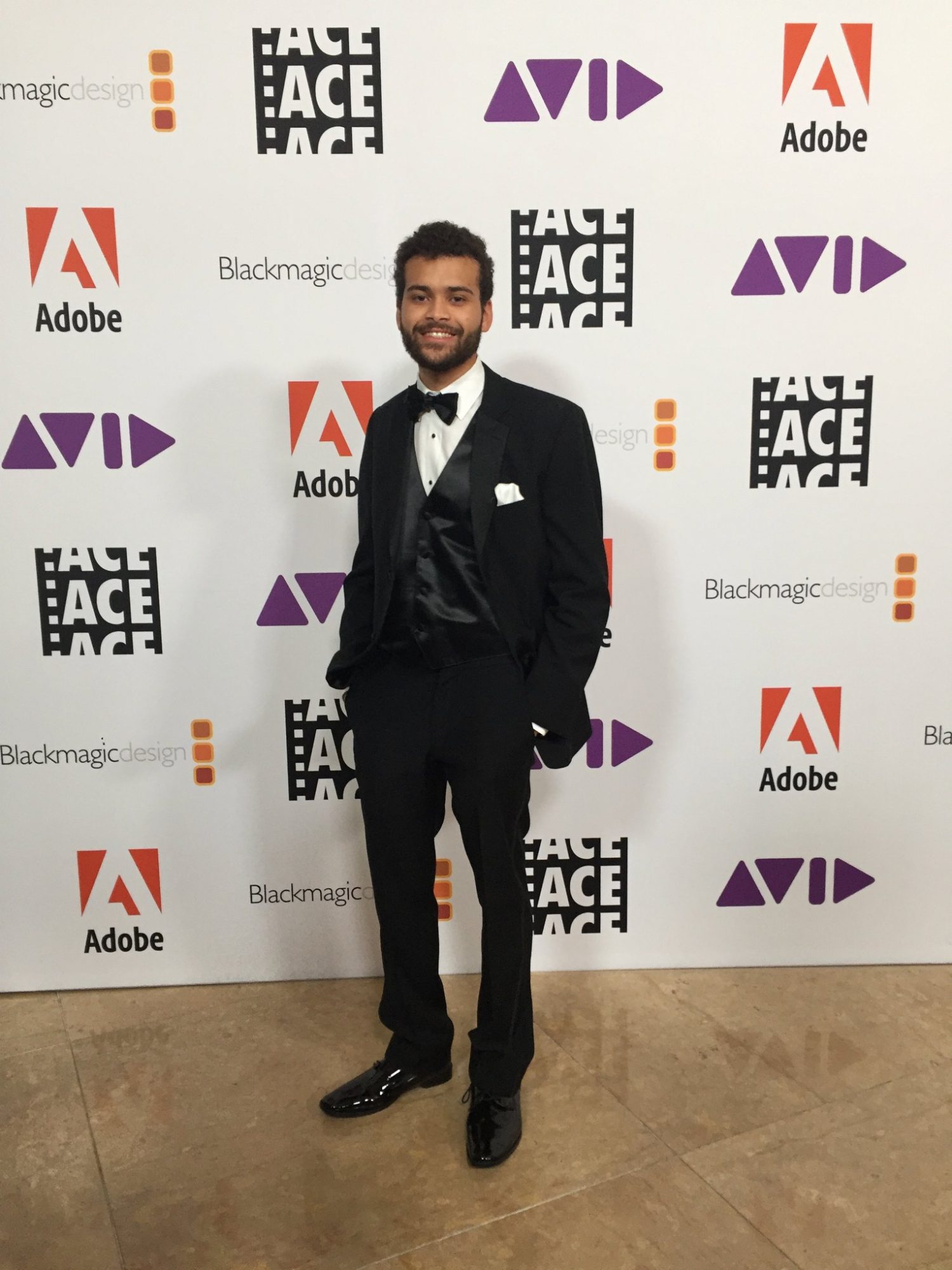 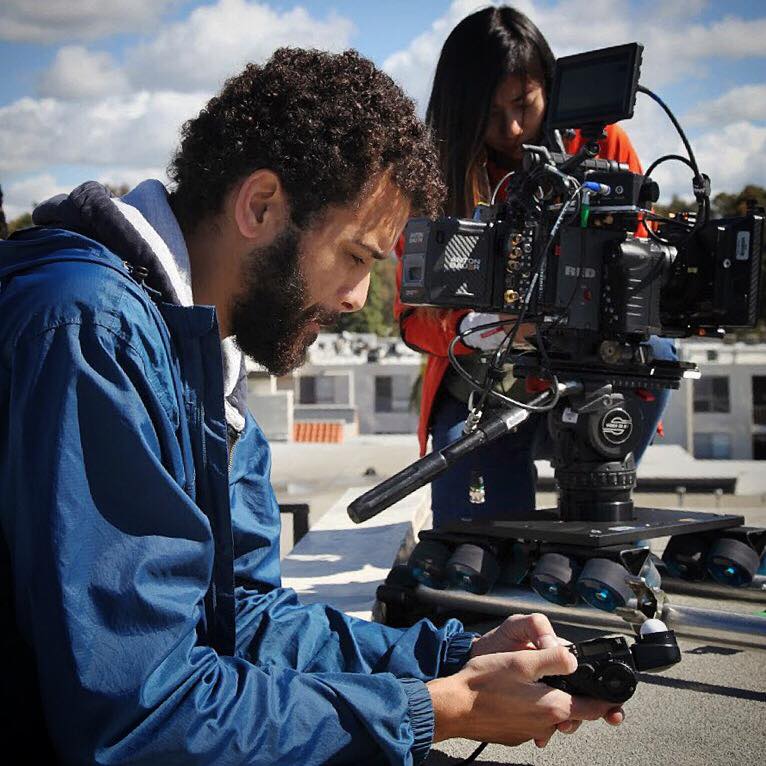 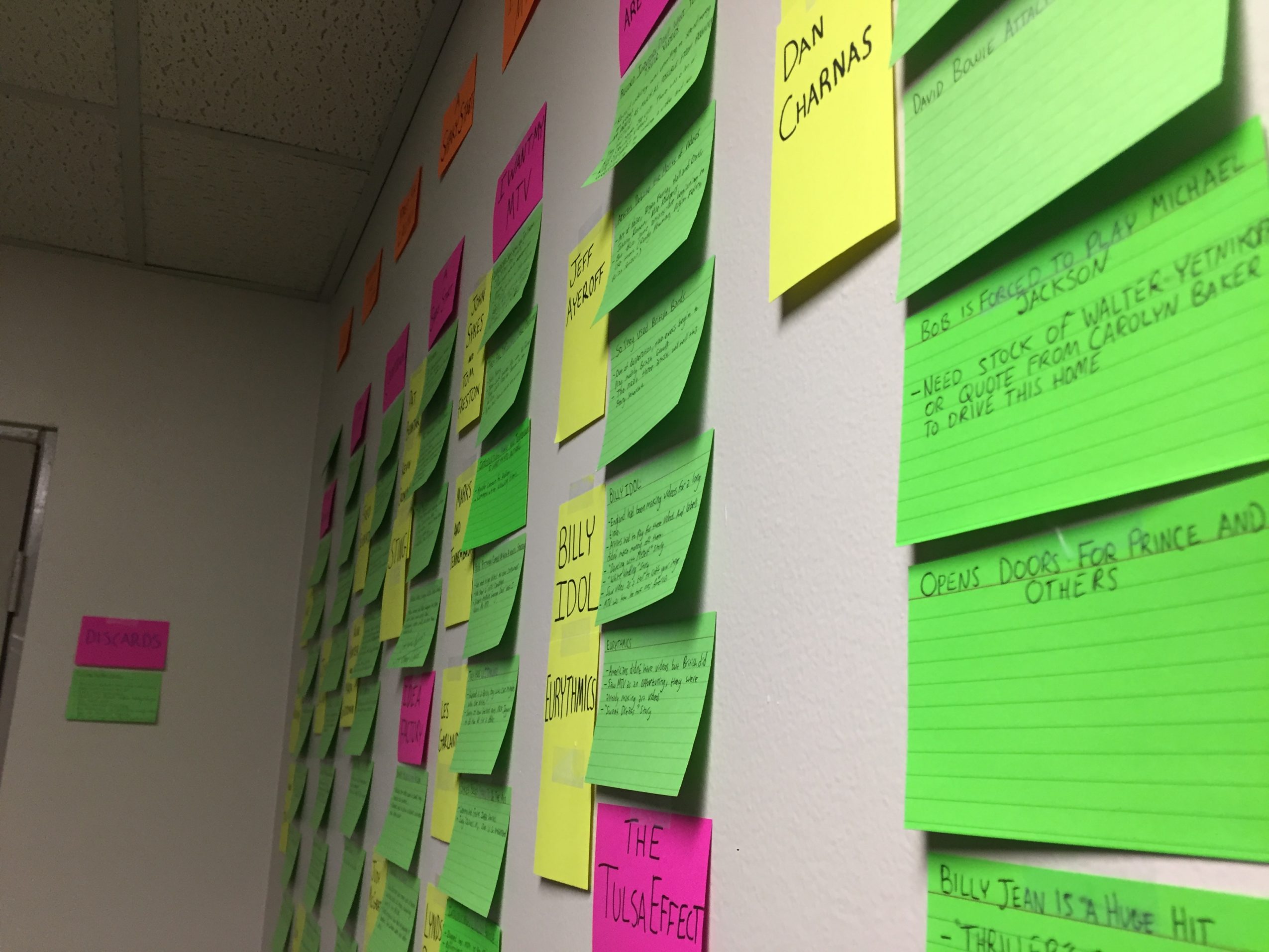 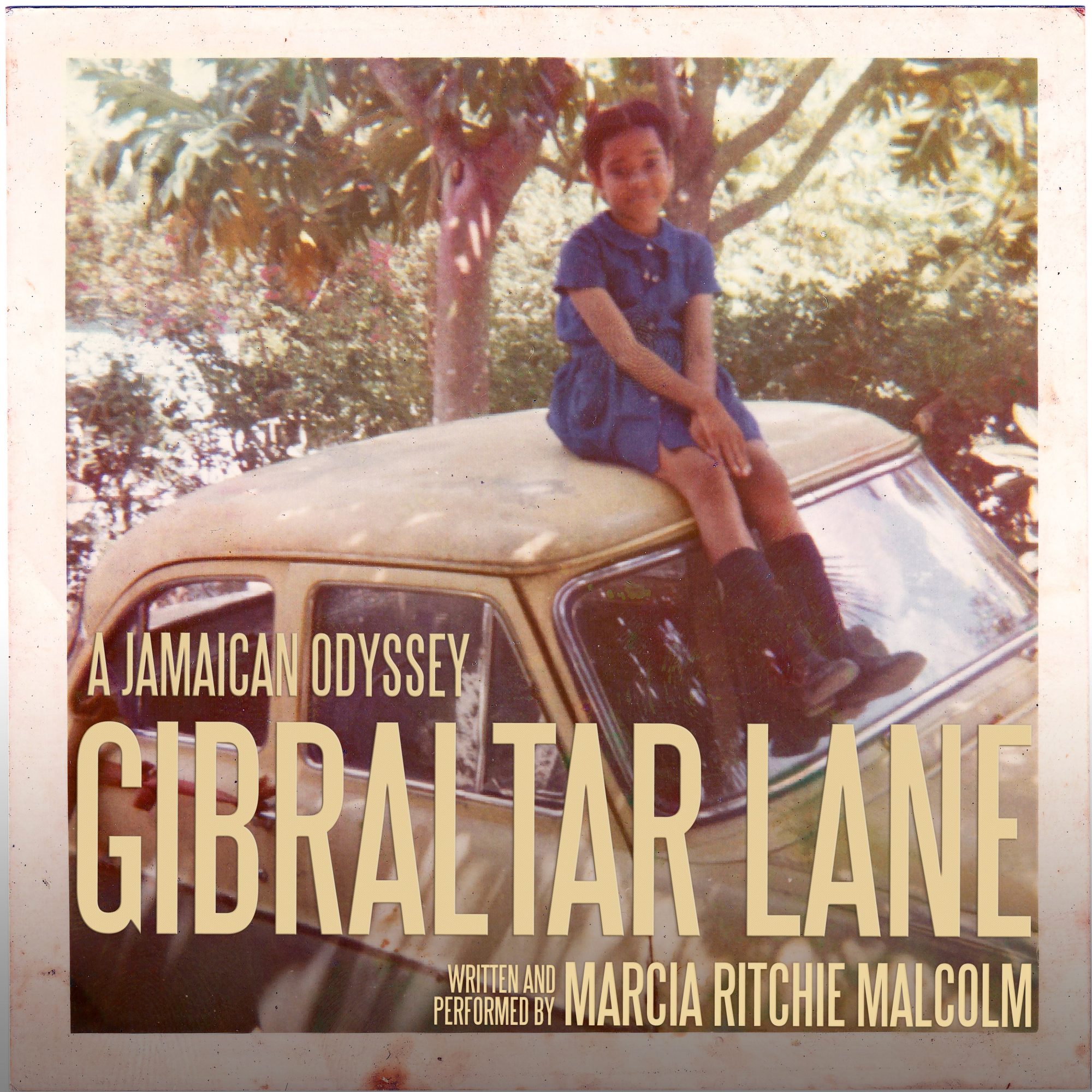