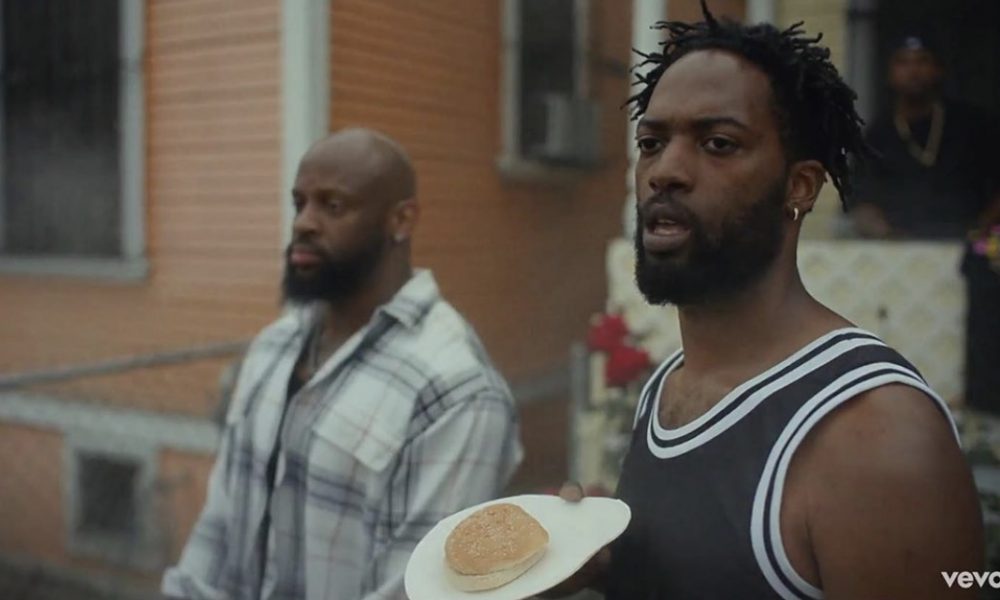 Today we’d like to introduce you to Charles Payne.

Thanks for sharing your story with us Charles. So, let’s start at the beginning and we can move on from there.
My story starts with me being a kid from the southside of Chicago looking for an escape. I was lucky to have both of my parents, Charles and Cassandra. Not to mention my brilliant siblings Payton, Shannon and Joshua. When I was younger, I used to draw in front of the tv, trying to replicate my favorite cartoons. It started with these old vintage superman shorts, then Dragonball Z. Eventually, I started creating my own characters and made comic books that I used to pass out around the class. (I could only draw one issue)

As I grew older, I started to develop a love for music. When I heard Notorious B.I.G.’s “Ready to Die” for the first time front to back it changed my life. This was 04′, so I was late, but it felt so relevant to me. How could dude resonate with me so much? I had to do this. I had to make music. I didn’t want to just do it, I wanted to be good.

I started recording on the home computer. It was the family desktop, an old gateway. I ran that joint into the ground! Limewire, napster, Kazaa. Downloading movies, music and programs. I had Fruity Loops and Sony Acid. I used an old computer mic with paper towel over it held on by a black rubber band. I recorded freestyles, and I was garbage, but I started. That computer died so I started focusing more on the writing aspect of the craft. Slowly but surely, I wasn’t drawing as much. I spent all of my time researching rap and the art of it. The best rapper in my school was one of my best friends, Dave Coresh. So I was trying my best not to be left behind. That kept me on my toes.

I eventually transferred schools because my parents moved out of the city. I found a kid to record me $25 a song. I did my first full project “The Creative Wreck. (it’s ok to laugh)The mixing was terrible. I was off beat for most of it, but I was proud, I graduated High School and vowed to never stop. I enrolled into Columbia College Chicago, met Chris Classick and Love Ra through Dave(Coresh). Classick became my go to engineer and Love, my manager. Till this day, I still get free studio time because Chris(Classick) dared me to give him an iPod I had got for Christmas at the time. Thats how bad I wanted to be around that environment and sound the best I could. I released a few projects over the years recording out of Classick Studios in its early days. (A Days Work, Some Shit I Wrote, Almighty L.I., Volvo, Charles) I’ve toured with my friends, made 100’s of songs, performed in tons of shows and made somewhat of a name for myself.

Then I felt I had reached a ceiling at home, I felt I was only trying to impress people instead doing music for the love. The crib does that. I felt like I needed something more. I made a move to Atlanta with my producer at the time. He had a situation brewing with a well-known label and production team, and he wanted me to come with him so we can work on my album. Mind you, I’ve had two prior experiences with Atlanta that were not the best, one with this very producer, and one by myself. That situation didn’t work out well at all. We had a falling out and he wanted me to move out by Thanksgiving of that year and it was already the middle of November. I refused to go back to Chicago. I felt defeated and wasn’t trying to go home empty handed. I left to win, not to lose. Since all of this the homie Dave had move to LA and knew of my situation. He told me he had a couch for me. The rest is history.

Great, so let’s dig a little deeper into the story – has it been an easy path overall and if not, what were the challenges you’ve had to overcome?
The road hasn’t been smooth at all but I think that’s the beauty of the journey. If it was easy, I wouldn’t appreciate the process. That was main struggle throughout, I wanted everything to happen so fast. I used to underestimate myself, as well as over estimate.

Trusting yourself is huge. If you second guess yourself, you could get taken advantage of. Doubt is a terrible weed that needs to be defeated on the daily, so you have to be on point with yourself. Be understanding with when you’re not feeling it. Don’t force anything. It’s ok to take BREAKS.

My confidence has grown significantly over the years and I can attribute that to my practice and my resolve. I kept going, and as I was going; I grew. I got laughed at, I grew. I got criticisms, I grew. I could’ve stop, but I made a conscious decision to somehow turn the painful situations into ammo. I wasn’t going to stop, even if I felt like I would never “make it”. I’m on go regardless, and now I’m having the most fun I’ve had in a while.

I also wouldn’t be where I am today without my support system. My parents have believed in me for as long as I can remember, in any endeavor. My siblings, My girlfriend Ryan has been by my side every step of the way. She actually got me played on the local radio before in Chicago. Only SHE has been able to do that. It’s crazy. Also a special shout out to Jeff Jackson, Headache, my brothers Leaf, Markee, Pikasso, and Ace.

I’ve gotten unwavering support from a lot of places and it has certainly made the road less scary.

We’d love to hear more about your work and what you are currently focused on. What else should we know?
I specialize in a few things. I’m a recording artist, music producer, songwriter, graphic designer and illustrator. I also act when it’s time to be in front of a camera. I use my talents to help other artist under the 1245 umbrella, but I also have my own brand FINCOLAND, that I use to showcase my talents. I’ve released artwork, enamel pins, gym wear, and just plain ol t-shirts. I’ve always admired the likes of Pharrell Willaims and Jay-Z having their hands in fashion as well as music.

I’m somewhat of a new age renaissance man. At least I’d like to think so. I’m good at a lot of things, and I never want to limit myself from what I can accomplish. I want to be something between Jay-z, Donald Glover, and Walt Disney. I don’t think that exists yet.

Do you look back particularly fondly on any memories from childhood?
Being scared to death in the front seat of my grandfather’s white corvette. He was speeding down the expressway trying to get me to Karate on time. One of the realest to ever do it. Rest in Peace Charles Payne Sr. Shout out my grandma Zola Payne. 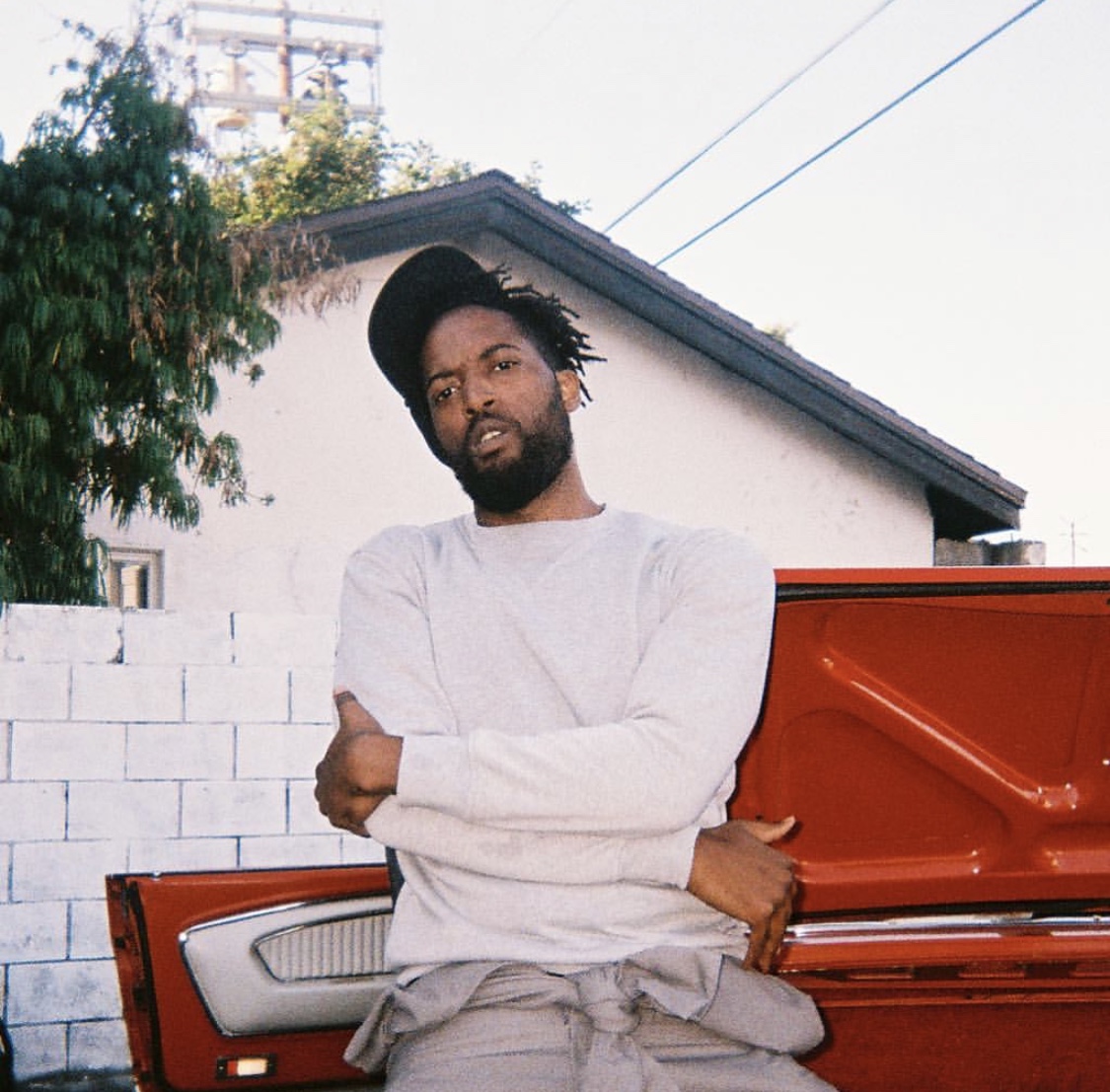 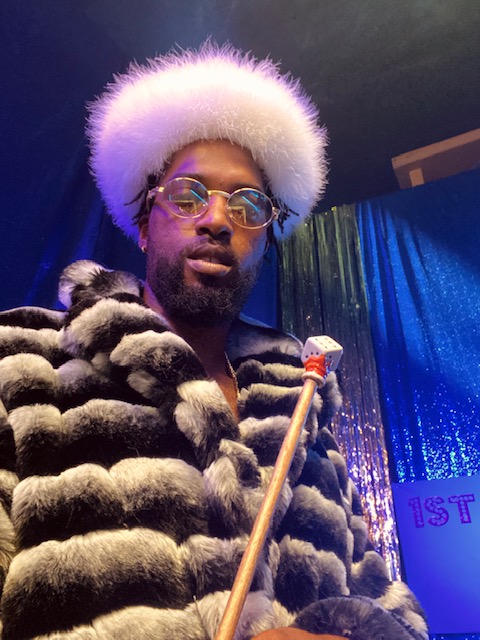 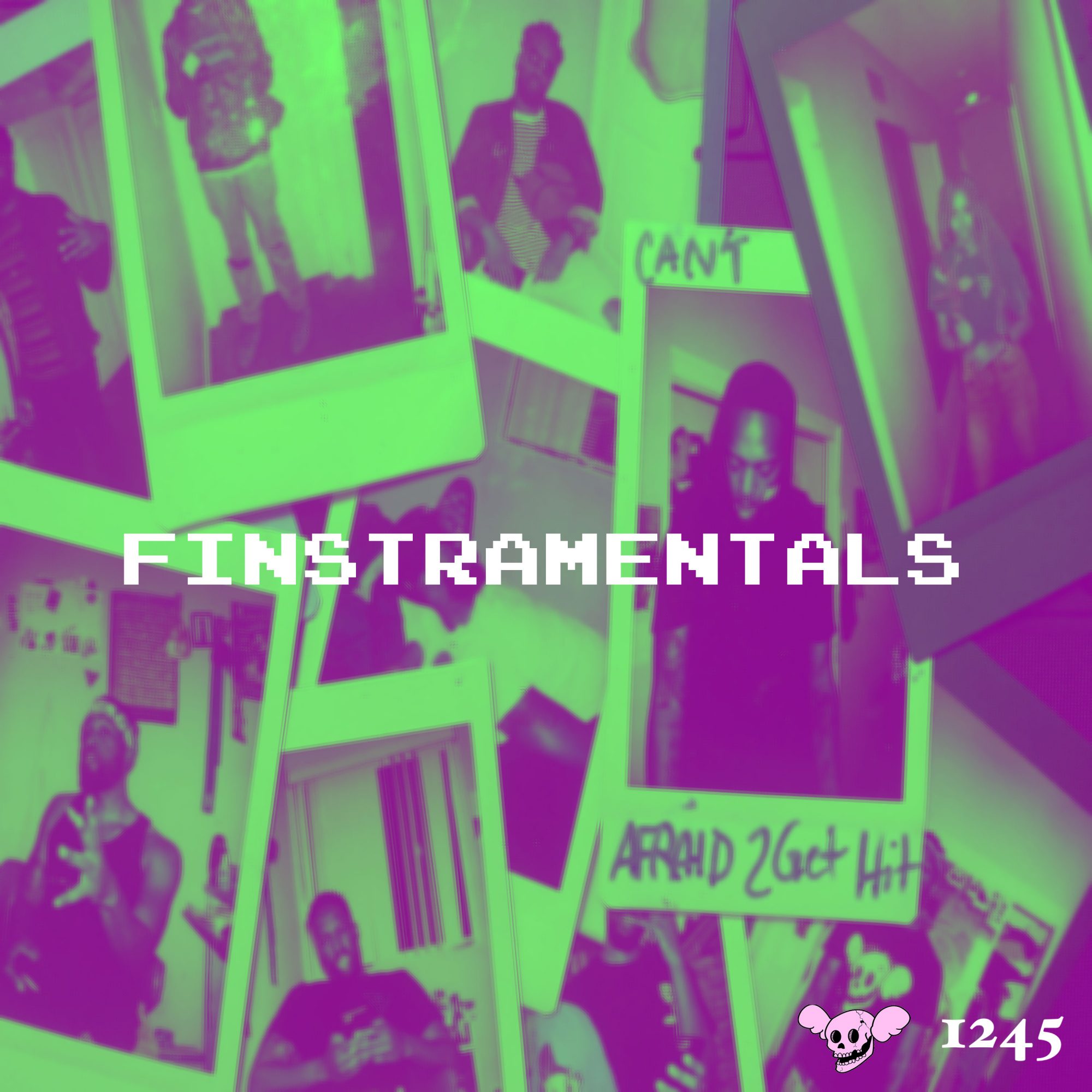 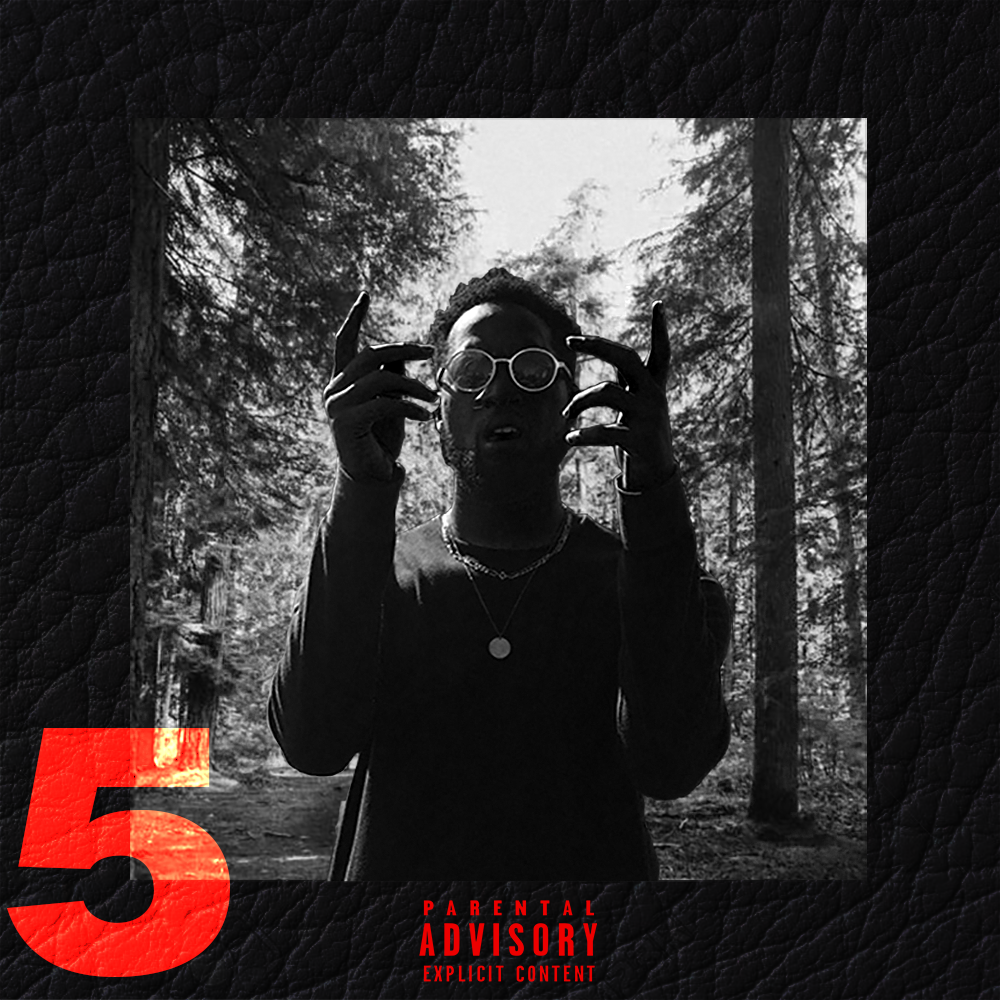 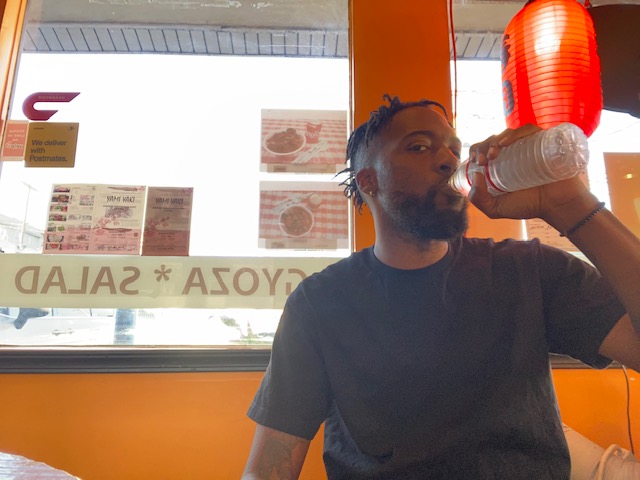 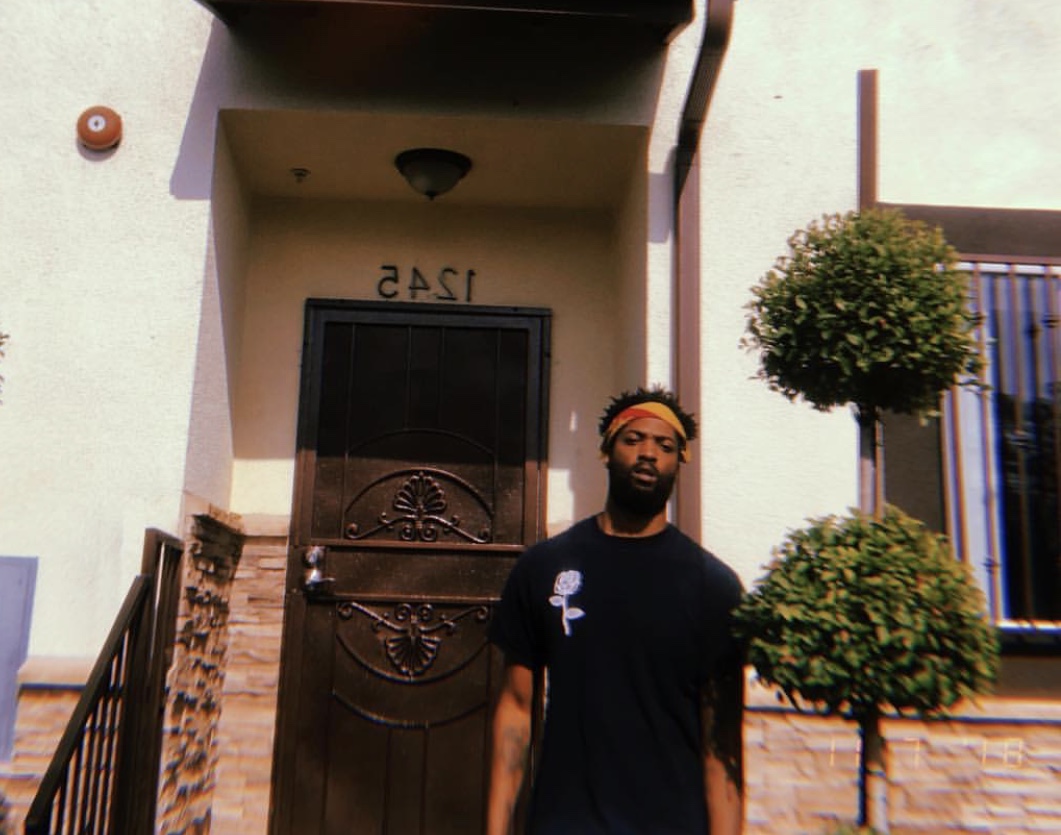 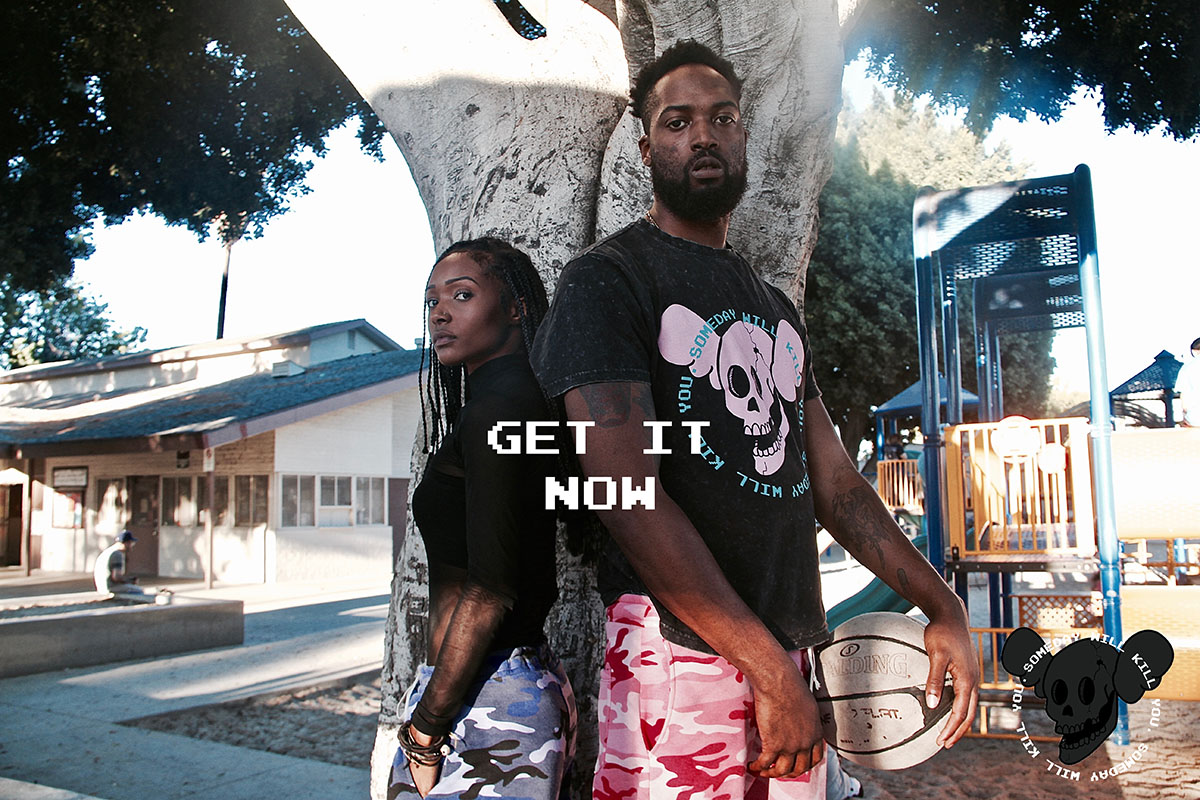 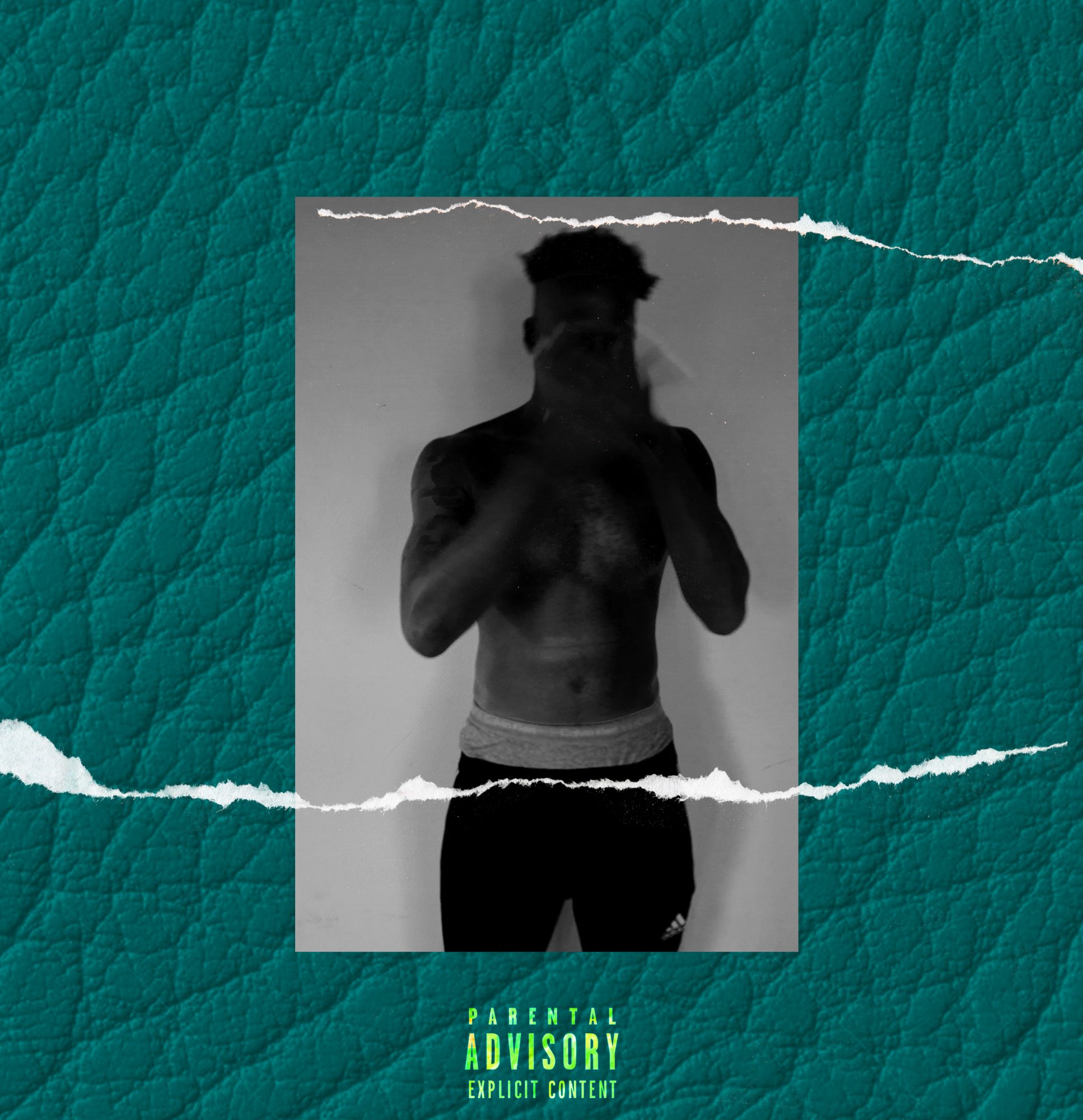