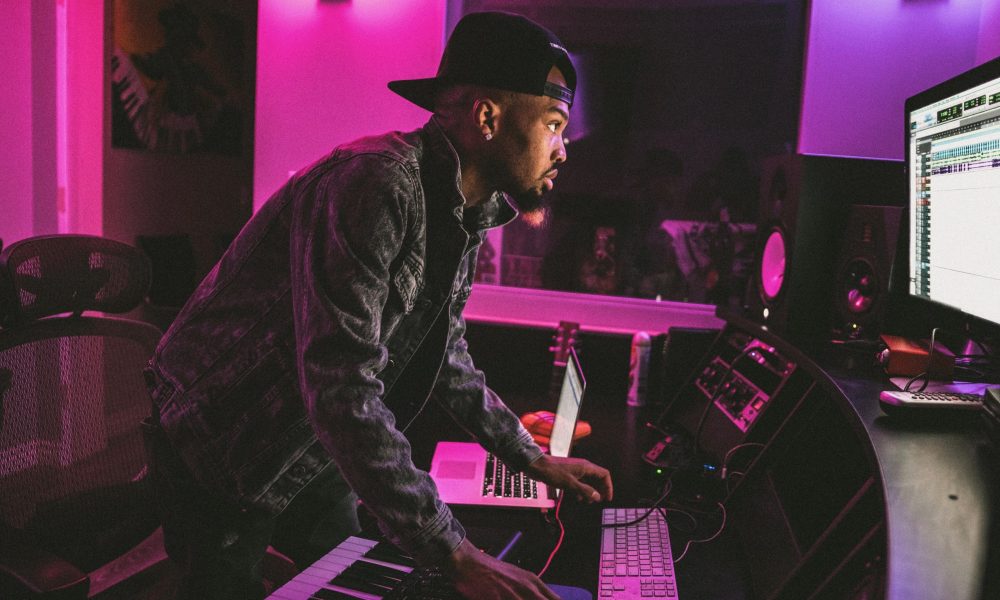 Today we’d like to introduce you to Charles “Chizzy” Stephens III.

Charles, can you briefly walk us through your story – how you started and how you got to where you are today.
I’m originally from Augusta GA. The first instrument I picked up was the trumpet. From there, I joined the band and played from the 6th grade until I graduated high school. In the midst of that, I formed a rap group with some friends & taught myself piano. We ran into the issue of not having money to pay for beats, so I decided to try learning how to produce. My parents bought me a professional keyboard and I started to make beats and post online to Soundclick. From there, I got noticed by Grammy Award-winning producers, such as Luis Resto (“Lose Yourself” and “Without Me” by Eminem), Urban Kris (8 Mile soundtrack), and DJ Head (Devil’s Night by D12, The Eminem Show by Eminem). It was at that point that I realized I might be on to something and decided to go all in.

After attending Full Sail University in Florida and earning an associate’s degree in Recording Arts and a bachelor’s degree in Entertainment Business, I moved to Atlanta in 2007. While in Atlanta, I started working at the Apple Store as a Creative teaching customers how to use beginner and professional software. While working nine-hour days, I would spend my nights hanging out at different studios, networking and working with local budding artists & producers such as DJ Spinz, Ryan Matthew Tedder, Lucky Daye, Blackbear, Travis Porter, Kaleena (Dirty Money), & more.

While in Atlanta, I began traveling back and forth to Los Angeles to network within the music industry while maintaining my job with Apple. Eventually, this became too much and I realized I needed to make a change. Creating music full-time and starting my own business had always been a dream of mine, and in October 2012, after much thinking and hesitation, I decided to quit my day job and move to L.A. to pursue my dreams.

It didn’t take long for me to realize I’d made the right decision. In a few months’ time, I composed the theme song for Lifetime’s hit show Bring It!, landed a major production credit with Chris Brown (for “I Can’t Win”), and began working with Grammy Award-winning songwriters The Jackie Boyz and American Idol winner Candice Glover.

In addition to working with a variety of artists, I’ve also composed a range of pop and urban tracks for over 100 different TV shows, such as VH1’s Black Ink Crew, A&E’s Beyond Scared Straight, BET’s Being Mary Jane, and FX’s Golden Globe-winning show, Atlanta. I’ve also worked with major brands, including Coors Light’s Search For The Coldest Emcee Campaign, Make-A-Wish Foundation, and The World Food Program.

Overall, has it been relatively smooth? If not, what were some of the struggles along the way?
It’s never a smooth road. One of the first struggles was my living situation when I first moved to LA. I paid someone to live at this big house with a bunch of other roommates until I could get settled and find my own spot. After being there for less than two weeks, I randomly found out that everyone in the house, including the owner, had been evicted. This caught me completely off guard, so then I had to immediately find another place to stay. I crashed couches & studios. My 1st month and a half, I bounced around different temporary living situations until a check came in for some music I worked on for a tv show. I used that money to put a deposit on my very 1st studio apartment in Hollywood. Being a professional creative has its own set of challenges. Even as a professional who’s been doing this for eight years now, I face different challenges every day and each time, I try to find the lesson.

Please tell us more about your work, what you are currently focused on and most proud of.
I am a music producer, songwriter, and creative entrepreneur. I’m known for the viral hit “Catching Viallins” which is a song I released as an artist that went viral from being used in the Cartoon Network show ‘Teen Titans Go! I’m also known for producing/co-writing songs for different artists such as Got7 (Just Right), Chris Brown (You Like That, Cheetah, Part Of The Plan), Jennifer Lopez (Same Girl, Tens), DJ Snake ft Gashi (Paris), Justin Bieber & Khalil (Playtime), The-Dream (I Like) & more

As an entrepreneur, I started a company called Tunes & Coffee where I’ve developed an iOs app called Audio Coach, which is an ear training & essential tools app for musicians, producers & engineers. I’ve also signed a composer who’s composed music for TV shows such as Fear Factor, Keeping Up With The Kardashians, & Black Ink Crew Chicago.

I don’t think I have one thing I’m proud of over one another because I feel like each is a stepping stone to something else. But the one thing that sticks out to me the most, is after “Catching Villains” went viral I got an email from a kid’s mom in Amsterdam who told me her son was a big fan of me and the song. He was so inspired by the song and my story about how I started working at Apple, that he ended up doing his school project on the song.

What is “success” or “successful” for you?
I define success as being happy. I think it takes a lot of self-awareness and time to really develop what success looks like to you. I think initially you think success is having a nice car or a nice big house. It’s usually the material things at first but then, I started to realize it’s just about being happy and being able to help & inspire others. You have to figure out what that is for YOU. It’s tough with today’s social media age and how easy it is to compare your life to someone else’s highlight reel. There’s nothing wrong with aspiring to get the material things, but I feel like all those things come in due time if you’re doing the work. There’s a lot of unhappy, successful people. I’m healthy, I get to do what I love every day and I have friends & family that support & believe in me. I don’t think it gets any better than that.