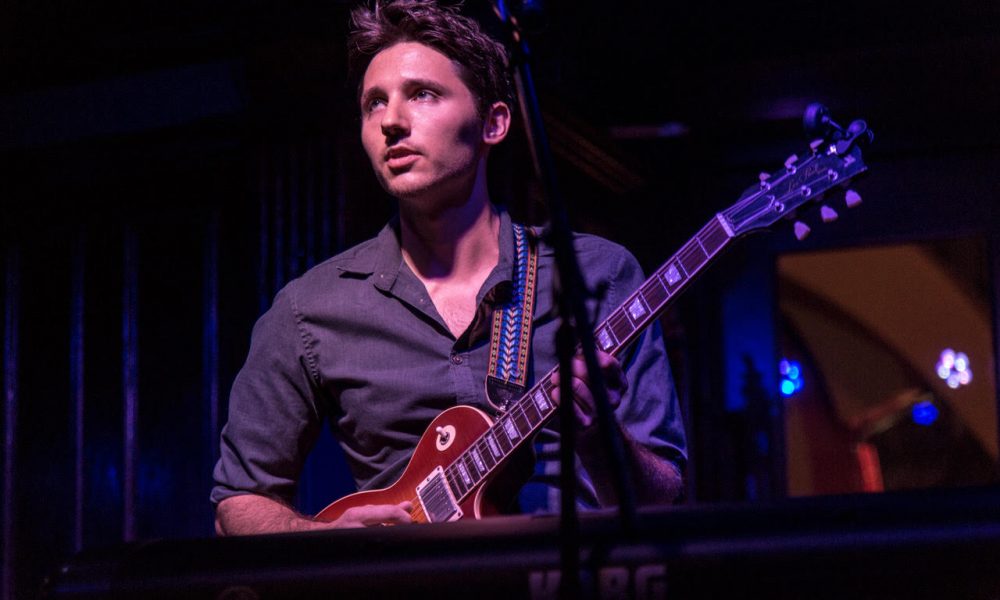 Today we’d like to introduce you to Cedar Compher.

Cedar, let’s start with your story. We’d love to hear how you got started and how the journey has been so far.
Music has been an integral part of my life for as long as I can remember. Growing up, my parents supported the family by playing folk and classical music across the Pacific Northwest, and some of my earliest memories are of following them around to various gigs they would play at school assemblies, fairs, etc. I began playing piano at age nine when I started listening to the Beatles and would figure out their songs by ear on the piano. Around age 11, I started getting into the popular rock music of the day, including bands like Sublime, The Goo Goo Dolls, The Offspring, Third Eye Blind, Alanis Morissette, The Cranberries, Alice in Chains, Tool, Red Hot Chili Peppers, etc. Of course, there was no way for me to realize at the time just how great of a period the 90s were for alt/rock music; I miss the raw, angsty vibe of those years and try to capture it in some of my music.

When I was 13, I watched the Woodstock documentary, and when I saw Jimi Hendrix playing that white Stratocaster at the end something clicked and I knew I had learned to play electric guitar. My dad bought me one soon after and I became obsessed, practicing for two to three hours per day and writing many riffs that I still occasionally draw from in my current songwriting. I played in a couple of bands in high school and had my sights set on Berkeley College of Music, but then started experiencing numbness in my left hand which caused me to hesitate on pursuing music. It was incredibly frustrating- I had ambitions to become an all-time great rock guitarist, but I didn’t have the discipline at age 17 to slow down and work through the injury the right way. I took a step back from music and ended up going to college in Bellingham, WA and getting a BA in psychology. For the most part, I did not perform publicly during that time, though I was beginning to write some original songs and record my first demos. The issue with my hand persisted and does to this day, but through a regimen of stretching, disciplined practice, and yoga I have been able to manage it and keep it from hindering my ability to express myself through my instruments.

In late 2012, I felt a strong urge to leave Washington and try something new, so I packed all of my gear in my old Saturn and started driving South. I spent two months wandering down the coast, and it was probably the most fun two months of my life, just drifting freely with no plan except to eventually land somewhere with decent weather and a good music scene. When I got to LA, some friends talked me into staying, offering me a free room until I could find a job. After a month of scouring Craigslist postings, I was fortunate to find a profession that valued my psych degree- working one-on-one with children on the autism spectrum, which I still do to this day. I could write a book just about my experiences in this field over the past seven years, but since I am staying focused on my music career, I’ll just say that it has been an incredible experience and has been a huge catalyst for much of my personal growth as a human being. I have learned a great deal about patience, empathy, and the importance of self-discipline to be able to present my best self each day for the kids I support.

In addition to learning this job, my first two years here included many random music projects and gigs, including scoring a season of a quirky web series comedy called “Top Decking” which followed the lives of adults who work in a comic book shop. The series never took off, but it was a great learning experience and also helped me hone my skills in the studio. For my next project, I started a reggae band with a singer-songwriter friend who I met through work, playing lead guitar and also writing bass and keyboard parts for our recordings. This was another big learning experience; after going through many different band members over two years, we finally had an amazing band and a tight set and had just finished a very strong three song EP, when the aforementioned singer-songwriter suddenly announced to the band that he was quitting due to personal reasons, effectively ending the project.

I decided it was finally time to focus on my music, so I bought an old Kawaii upright piano from a thrift store and set about turning some of my hundreds of ideas into complete songs. I also began to get out to various open mics and perform, and was confronted with the reality that it is much more nerve-wracking performing my original music for an audience than supporting someone else performing theirs. At the end of the day, as an artist, you have to be comfortable wanting to be seen and presenting your story, and this was a big adjustment for me. I powered through, built a website, signed up for all the social media accounts, and set to work recording my first single. This was also a daunting process, finding a producer to work with who was affordable and with whom I was creatively compatible. Upon leaving a meeting with a producer up in Woodland Hills, I happened to stop at a garage sale down the street and randomly met another producer named Cory Churko, who was selling some old music gear. We stayed in touch, and I ended up hiring him to produce my first single, “In Between,” which was released on November 23rd of 2019. I’m very happy with how the track turned out, and I think it’s a cool example of how, if you keeping pushing forward, things will present themselves when the time is right. Now I am on to the next project- recording an EP for release in 2020, and a corresponding tour. I feel that I am well situated to my make my mark on the music industry and am excited for what lies ahead!

Overall, has it been relatively smooth? If not, what were some of the struggles along the way?
In addition to the issue with numbness in my left hand that I mentioned earlier, the biggest struggle for me has been embracing the mindset where I have to reach out for an audience, rather than expect one to come to me just because I have good songs. I have always loved the process of creating; I write something new every time I sit down at my piano and have no shortage of material. But to put it all together into a package that I can market, and then reach out constantly to potential fans and ask them to come to see my show or listen to my single or follow me on this or that platform- it takes a great deal of courage and a thick skin. My music comes from a very deep and personal place, and I have not always felt comfortable with the level of vulnerability required to put this music out and effectively say “Look at me!” Probably the biggest factor in my meeting this challenge and being able to push forward has been dedicating myself to practicing mindfulness and staying present, which has been a primary focus over the past year, especially. I find that when I am in my head and out of the present moment, it is all too easy to feel self-critical for not being farther along in my career (living in the past) or anxious about all of the things that I still need to do (living in the future). I have to remind myself constantly that my life is right now, and if I can’t enjoy whatever step of the journey I am on in this moment, there is no reason to think that I will enjoy any future moment anymore. This has brought a great deal of peace, resiliency, and even joy to my life and the pursuit of my goals, although it is a work in progress!

Please tell us more about your art.
At this point, I am probably best known for my lead guitar playing, given that that has been my main performance medium for most of my career. But my real passion, and main focus at this time, lies in crafting original yet approachable three to four minute pop/rock songs that are poignant enough to cut through the noise in a listener’s head and get right into the body, where emotions are experienced directly. That probably sounds like a bold statement, and of course, I can’t make any guarantees, but I believe that many people if they keep up with my releases, will find something that “gives them the feels” and maybe even some kind of emotional release. I find this to be the most powerful and beautiful function of music, to be able to initiate healing through listening and feeling, and I would feel very gratified if I could provide that for people consistently. Beyond that, I am proud to say that I am very versatile, playing guitar, piano, bass, banjo, and mandolin in a variety of genres. I also have a knack for writing a melodic lead and rhythm parts that accentuate a song and add extra little hooks, and I plan to expand the scope of my session work in the coming years.

Any shoutouts? Who else deserves credit in this story – who has played a meaningful role?
The biggest shoutout has to go to my immediate family- my mom Leslie, my dad Bill, and my sister Amanda. As I mentioned before, music runs deep in my family, and any interest or inclination that I showed for music growing up was always immediately met with encouragement and enthusiasm by my parents. My first three guitars were given to me by my dad, and I own another guitar, fiddle, and banjo given by my mom. My sister is a very good songwriter, and I often reach out to her first for feedback on one of my new songs. And our family gatherings always include at least one jam session- it’s a big part of how we all connect. In addition to supporting my music, they have each been a huge source of support for me emotionally throughout my life. I never take that for granted, as I know not everyone has that in their lives, and I do my best to reciprocate that for them and also for other valued people in my life. 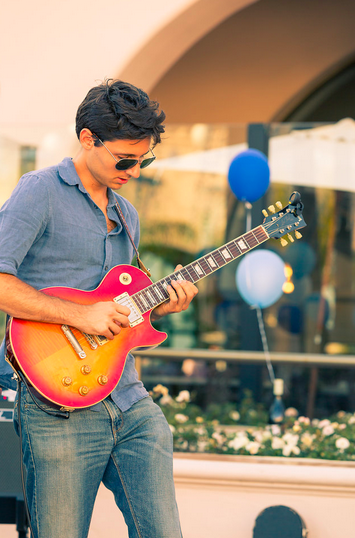 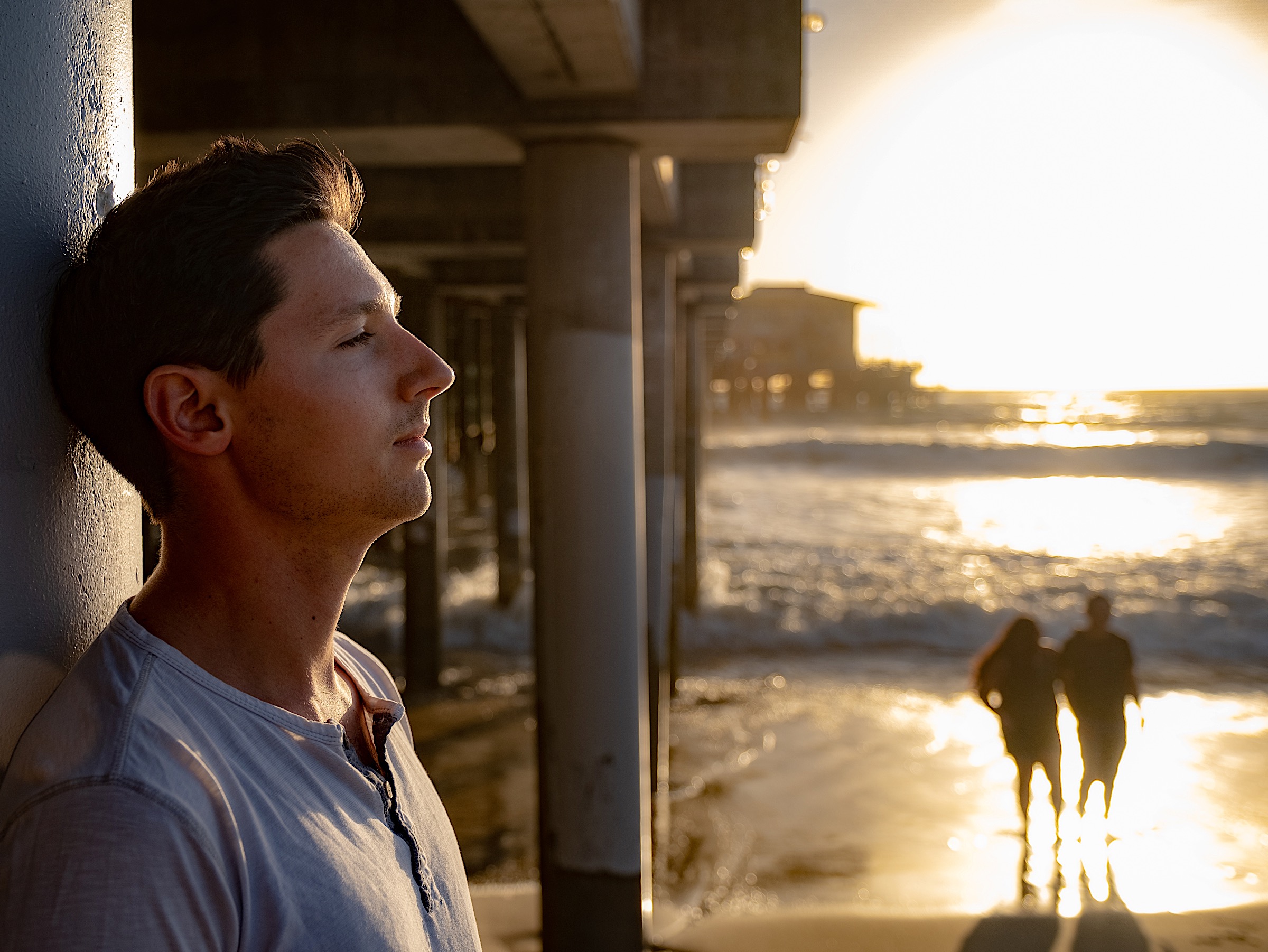 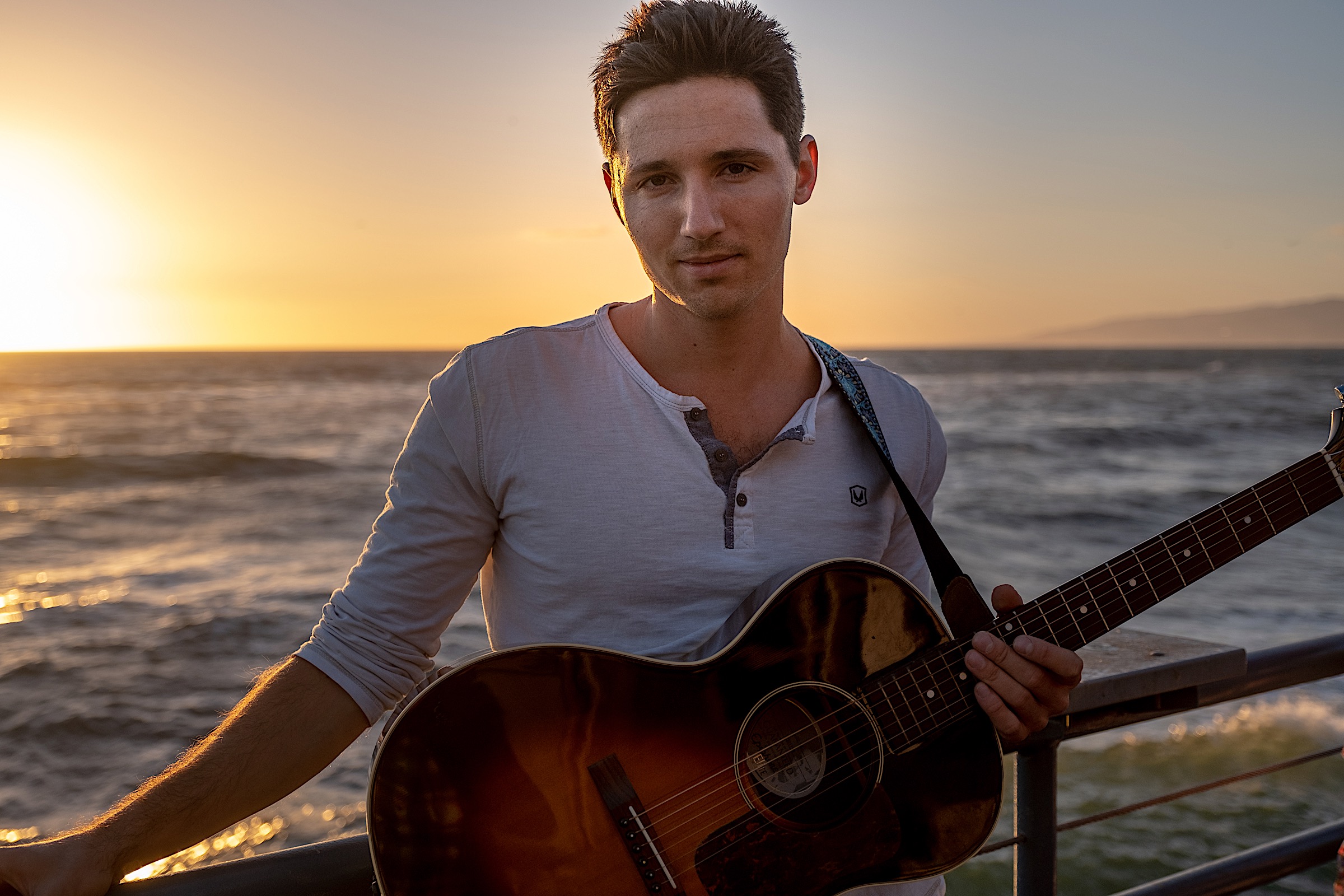 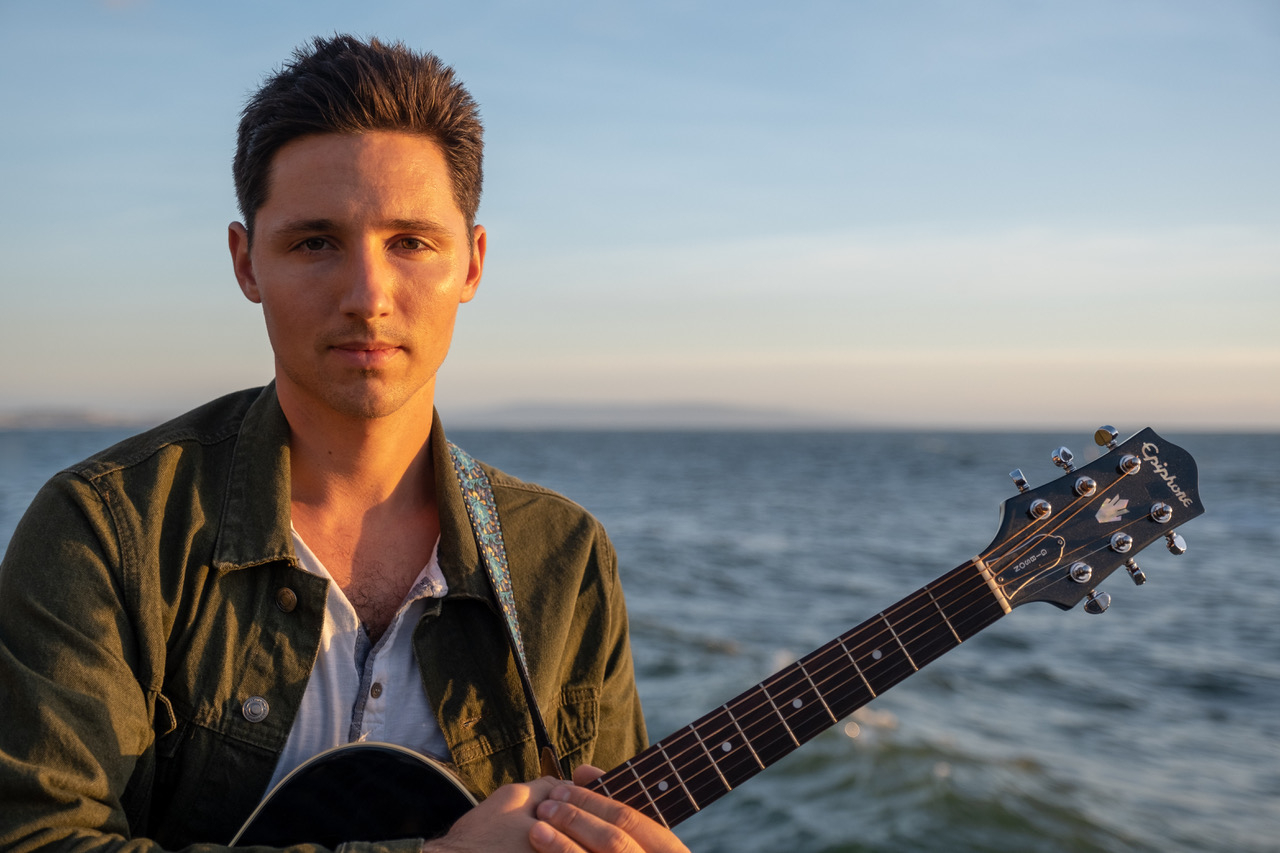 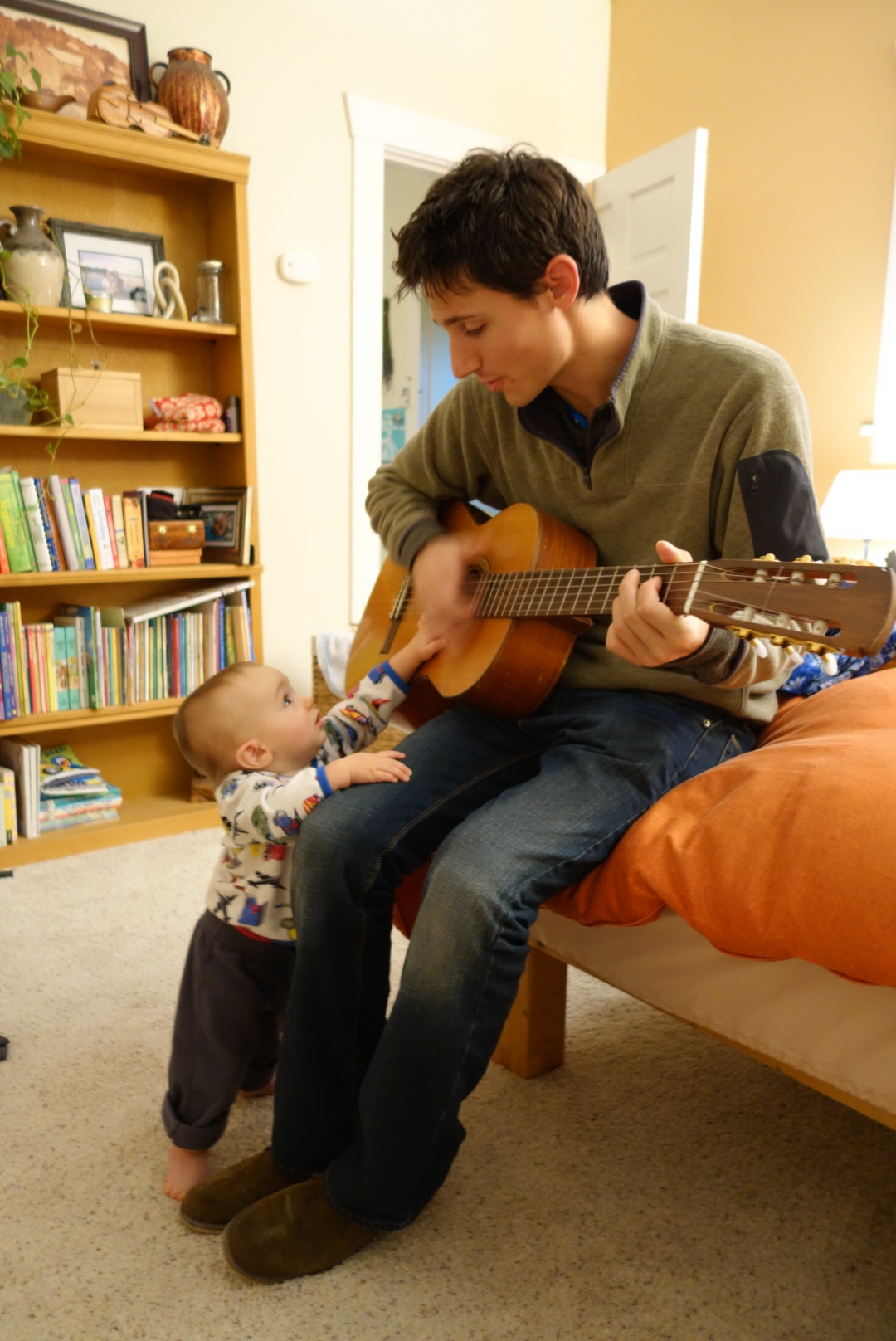 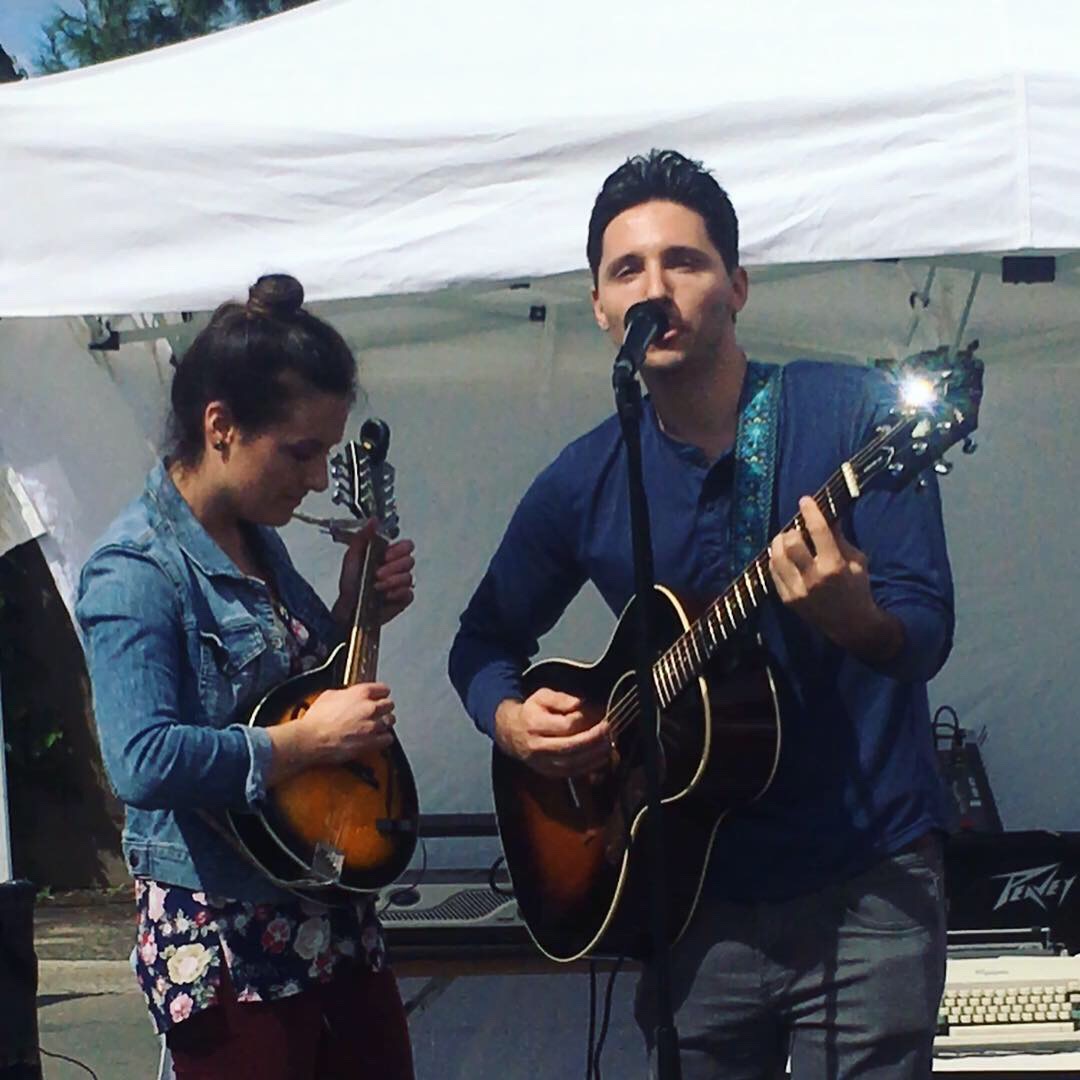 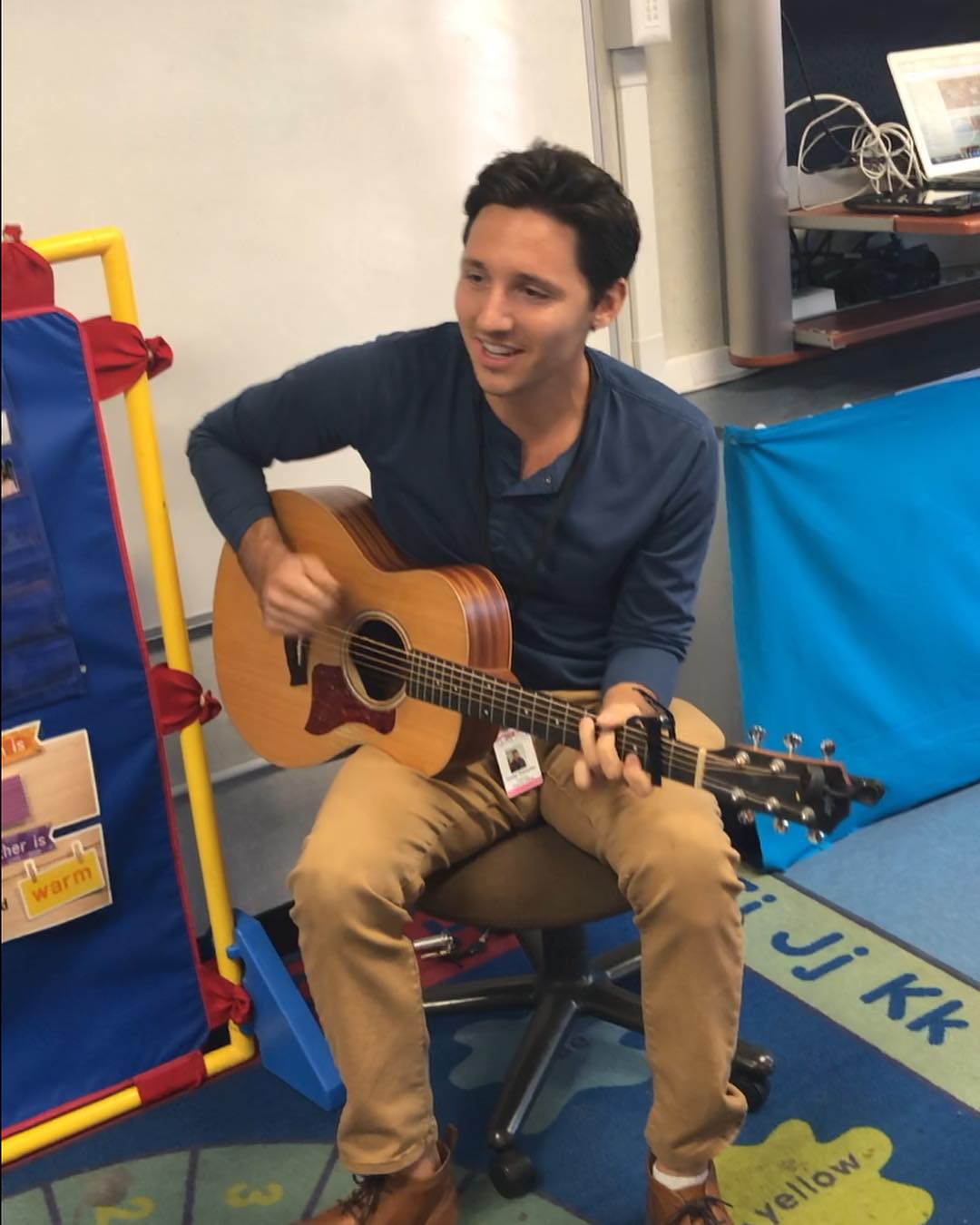 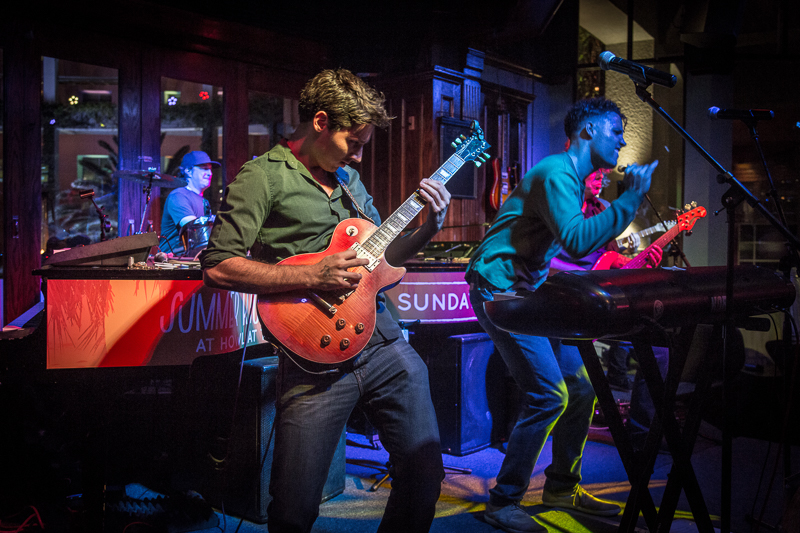