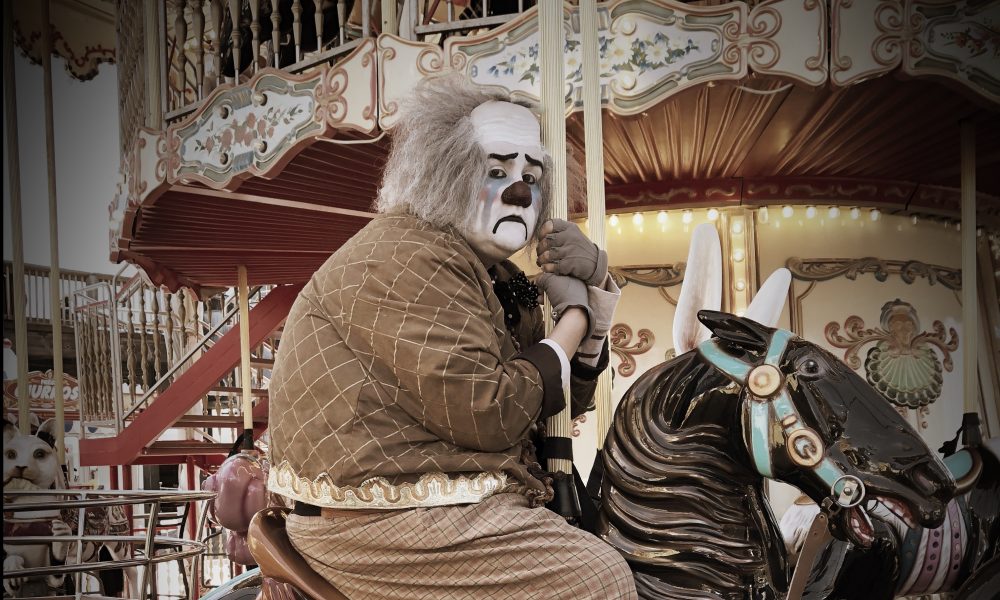 Today we’d like to introduce you to Cecil The Sad Clown.

Hi Cecil, please kick things off for us with an introduction to yourself and your story.
My name is Cecil Sandizell, however I have been given the moniker: Cecil The Sad Clown.

At first, I was unsure as to why, as I am quite elated.

A little background of my family: my mother was a beautiful woman, she also happened to be the Illustrated (Tattooed) Woman in the Family’s Traveling Circus & Sideshow in Bavaria, Germany. Although she was fascinated with tattoos, she was also a skilled dancer and often Danced in the…..well, let’s call them “Dancing Tents”. The Circus & Sideshow traveled all over Europe, it was quite popular. Where ever they set up, word spread of my mother’s beauty and both men and women came from all over to watch her perform.

One day they stopped in London and my mother caught the eye of a handsome young gentleman, and the two fell in love. It was love at first sight.

Nine months after one wonderful romantic night under the stars, my twin brother Chauncey and I were born. My aunt recalls that we were the “ugliest things” she has ever seen, however, my mother mentioned that we were perfect. When we were born, we were both pale in complexion, my brother was born with a scowl and a frown.

We were a little around a year when the handsome young man found out that he was a father. He wanted to take the three of us away so that my brother and I could have a proper upbringing a d my mother can have a happy life.

Both my mother and father were loving and caring parents. She danced with me, and he read me books. My brother on the other hand, had always been quite mean, and it only grew worse as we grew older. He would verbally and physically berate me. Unfortunately, our parents never knew.

Aside from my brother, my childhood was nice. Sadly, that all ended on our thirteenth birthday. That was the year that my parents died a gruesome and tragic death.

It was the morning of our thirteenth birthday and a Traveling Animal Managerie had come into town. How I love animals! You couldn’t tell, but I was elated! Animals all, domestic and exotic! My father had given me some money to go buy some candy floss, on my way back, I heard screams and people scattering. I made my way back to where my parents were, but I was stopped by a neighbor. She didn’t want me to see, to see my parents. They were tragically run over by a charging Rhinoceros. Everyone was at a panic, and it was odd, as my brother came back without a worry in the world, eating popped corn.

With our father not having any family, we were shipped to the only family that we had. We were sent to go live with my mother’s sister, our aunt: Aunt Gerta, also known as Gerty The Bearded Lady. She was an unpleasant woman, large in stature, with a beard thicker than most men’s and smelled of cigarette smoke, with ash burning in her beard.

Aunt Gerty made us aware every day that she did not have to take us in. Sadly, we…..well, I was not treated like family, and I only say “I” because she and my brother had gotten along, I suspect it was due to their similar mean nature.

No one in the Circus & Sideshow lived and ate for free, everyone worked for their meals and beds. Thankfully, I was able to work with the animals, and my brother was did a little of everything.

One day, I don’t quite remember where we set up, but it was a particularly crowded day, one of the shows had let out, and my brother and I were collecting trash. I was at a slower pace then my brother and I had had enough of it and so he started to slap me upside my head and kicking me. A crowd of people started to come by and circle around us. They laughed and cheered as my brother continued to slap and kick me. My aunt saw this and gave her an idea. Later that night, she had called us into her caravan and told us to go into the costume caravan and put together a look for each of us as in the morning, we start our new jobs as Clowns, my aunt also told us that people would be offended by our faces, so we should add makeup to hide our facial features. So we did.

I loved being a Clown, making people laugh, and when my brother was away, I was able to put together acts with my animal friends.

The people loved it!

The fun ended when my brother would find me and continued to slap and kick.

On my eighteenth birthday, I had decided that I had enough of being everyone’s punching bag. I packed up what I had, which wasn’t much, and decided to come to the America’s with the little money I had saved up.

I was able to start over!

I loved being a Clown, so I stuck with that and had gotten my start in Vaudeville as it was making its return. I was able to start in Variety Shows and Burlesque Shows. Making a name for myself, I had a Vaudeville Animal Act that I had to reconstruct to work with a modern adult audience. I had also made friends with servers Burlesque Performers and got a Manager who is also one of my good friends. He helped me continue my Clown Work with different medias of performing. Not only Variety, but I became a Burlesque Performer, winning awards and traveling all over the United States, as well as in Canada. It warms my heart that I bring people happiness. I always tell people that there is Humor in Sorrow.

It also warms my little sad clown heart when people come up to me and tell me that they were once afraid of Clowns, but upon meeting me, they are no longer afraid, and that brings a tear to my eye and I give them a big hug.

Remember my dear friends; There is Humor in Sorrow.

Can you talk to us a bit about the challenges and lessons you’ve learned along the way. Looking back would you say it’s been easy or smooth in retrospect?
I must admit, it’s not always easy. In life, you always hit bumps in the road, but it’s how you proceed to go forward. At first glance, people assume that I am an “Evil” or “Scary” Clown, when in fact, I myself am afraid of Scary Clowns. Most adults tend to be cautious around me thinking that I am one of those Clowns, however most children aren’t. I think children see that I am like them. They are quite great children, they will let you know right away whether they do or don’t like you. But I believe it’s just the bad stigma that Clowns have which makes people weary, in which case, if you can, just say hi.

Also, being a Clown, let alone a “Sad Clown” a lot of producers don’t want you in their show because it doesn’t fit their aesthetic or theme. Thankfully, I have run into a few producers whom I have made friends with who let me perform both in Los Angeles and all over the Country.

As you know, we’re big fans of you and your work. For our readers who might not be as familiar what can you tell them about what you do?
I am and have been a Professional Clown for a number of years, too many to count. All of which, I have made a career in being a Professional Sad Clown. All my years of being a Clown, I have done many an odd job, I do Birthday Parties, both Child and Adult, I have done Bachelor and Bachelorette Parties, I have been a guest at a wedding, I have been an Emotional Support Clown for those who need an ear or should to cry on or even for hugs. I have delivered messages, good and bad, and will one day be a Flower Clown in a Wedding. I make Silly Silent Shorts on YouTube. I was able to be on America’s Got Talent. Because of my manager, I have Merchandise, I have little Cecil Pins. I have worked in the Circus and on stage in various Variety, Burlesque and Vaudeville Shows. Yes, I have stripped as a Clown…..as a Sad Clown. I sometimes perform Clownlesque, which is just basically Burlesque and being a Clown, of which I have won an award in a Burlesque competition. I competed in Burlypics which is a Burlesque and Variety Competition. The first year I competed, I performed my Animal Act “Cecil & His Fine Furry Friends” in the California Regionals and won “Most Comedic” and then two years later, I performed my Sad Strip Act “Cecil’s Sad Strip” in the California Regionals and again won “Most Comedic”. From there, I was able to compete in the finals and won “Most Comedic”. But I must say, the thing that I am most proud of is that I was invited to perform at Burlesque Hall of Fame also known as BHOF. Burlesque Hall of Fame is not only a wonderful museum telling the history of Burlesque as well as all the Legends past and current displaying pasties, costumes, photos and much more in Las Vegas it’s also a showcase and competition that occurs every year. It starts on Thursday and ends on Sunday.

I sent in a submission of my “Sad Strip” act and was accepted into the biggest Burlesque Event! I was seen, not only by my friends and peers but by fellow performers and Producers from all over the world! It is such a wonderful honor to be able to perform on that stage. However, next, the dream is to compete and be crowned “King of Burlesque” and be the first Chubby Sad Clown King of Burlesque. That is this Sad Little Clown’s dream.

Are there any important lessons you’ve learned that you can share with us?
As odd as it sounds, for any performer, but most importantly, for Clowns: if you want to play with someone in a show or at an event, look into their eyes. Their eyes will tell you whether they want to play or not. That’s how you be respectful to your audience. Also, as is life, you won’t be everyone’s cup of tea…..or in America, most people drink coffee. Nonetheless, you won’t be liked by people, and you know what, mate, that’s okay. You continue to be who you are and work hard for what you want in life and you will get to where you want to be.

I had to learn that being a Clown, let alone a Sad Clown, wasn’t for everyone. Not a lot of people wanted me in their shows, and honestly, it hurt my feelings, but that’s life, that’s show business. I picked myself up, went to try for the next show and then the next show. I went to several shows saying “Hello, my name is Cecil, I would like to be a part of your show if you’ll have me.” And eventually, I was cast.

Be who you are, not who people want you to be. 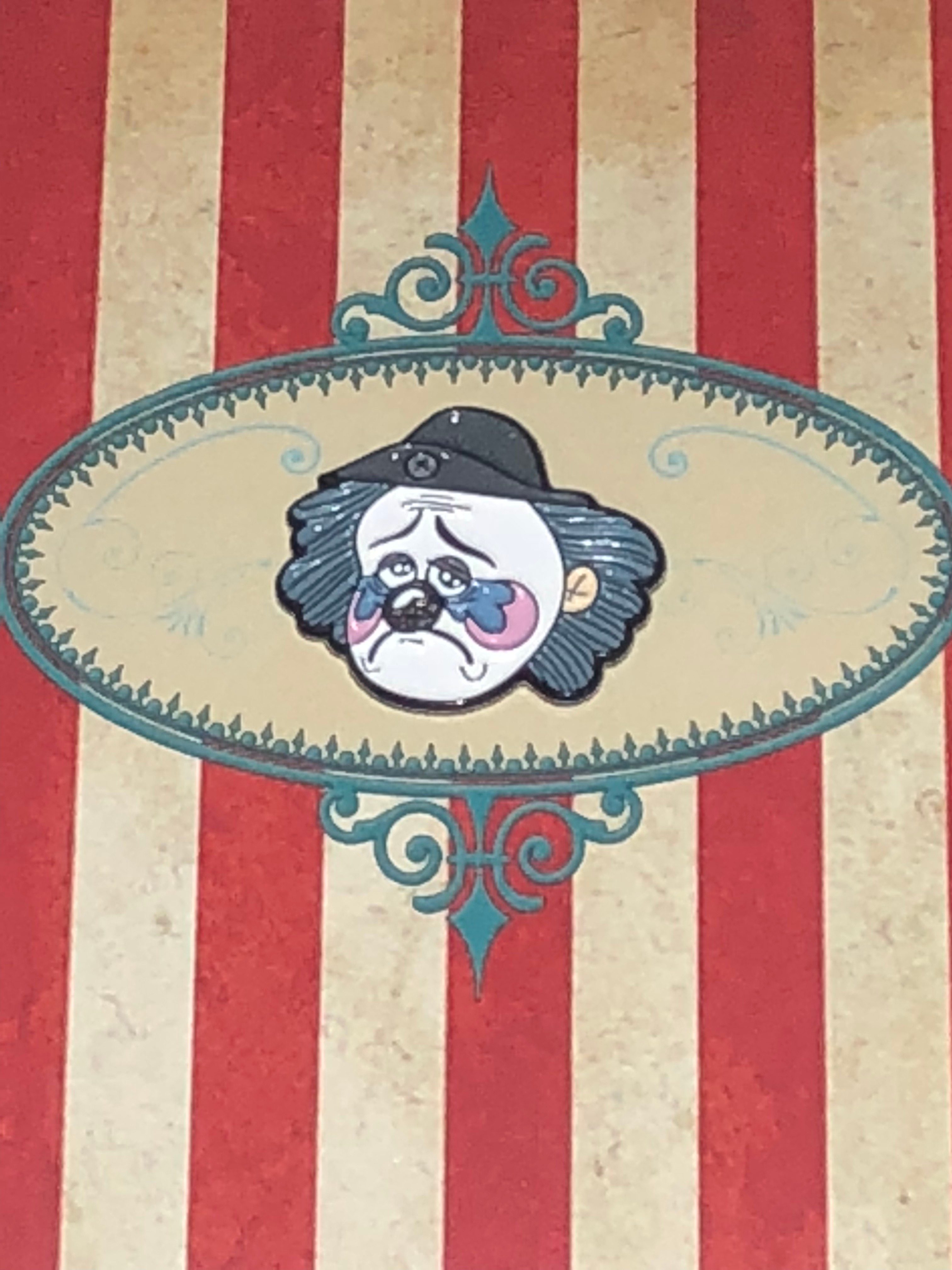 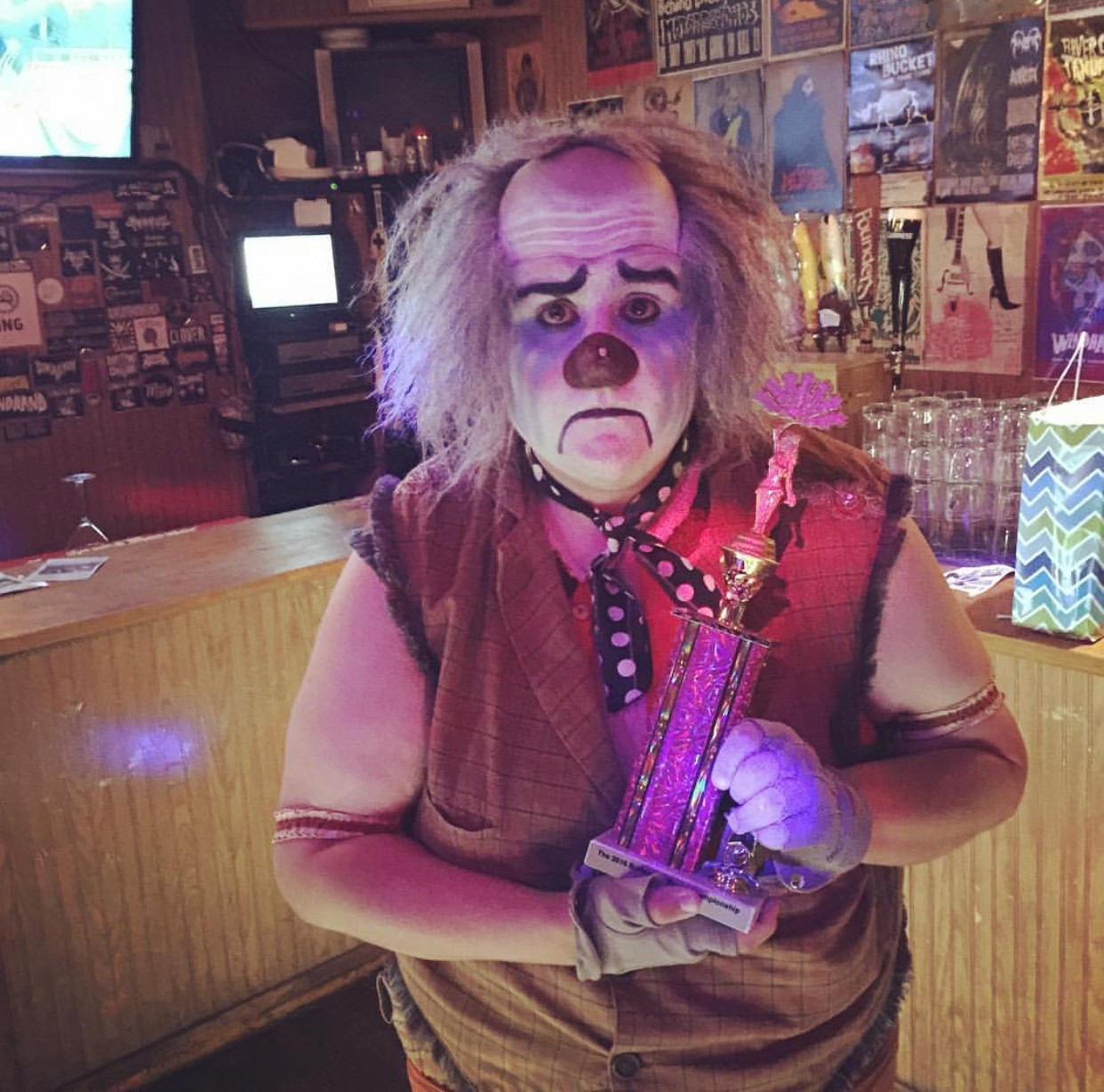 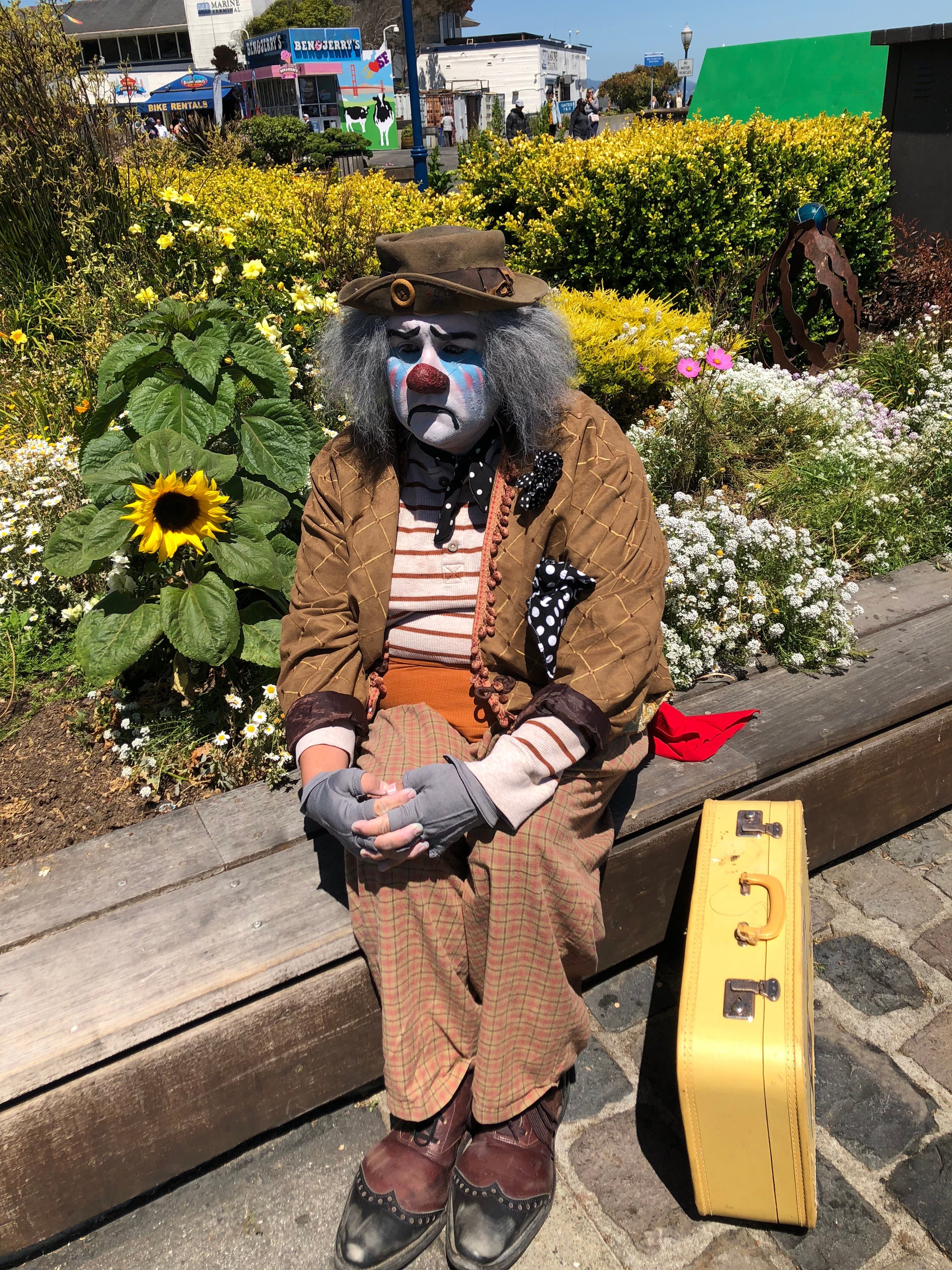 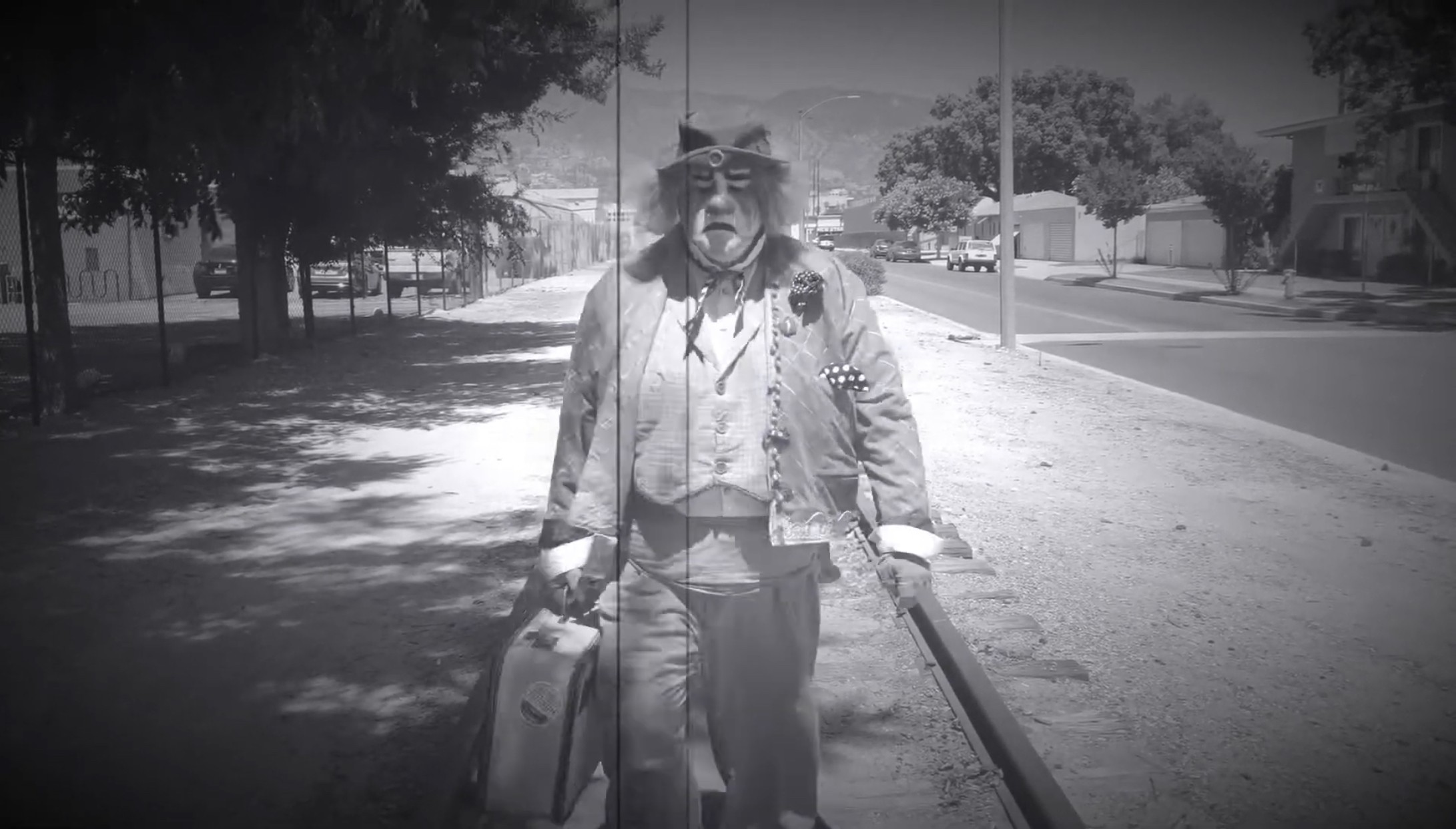 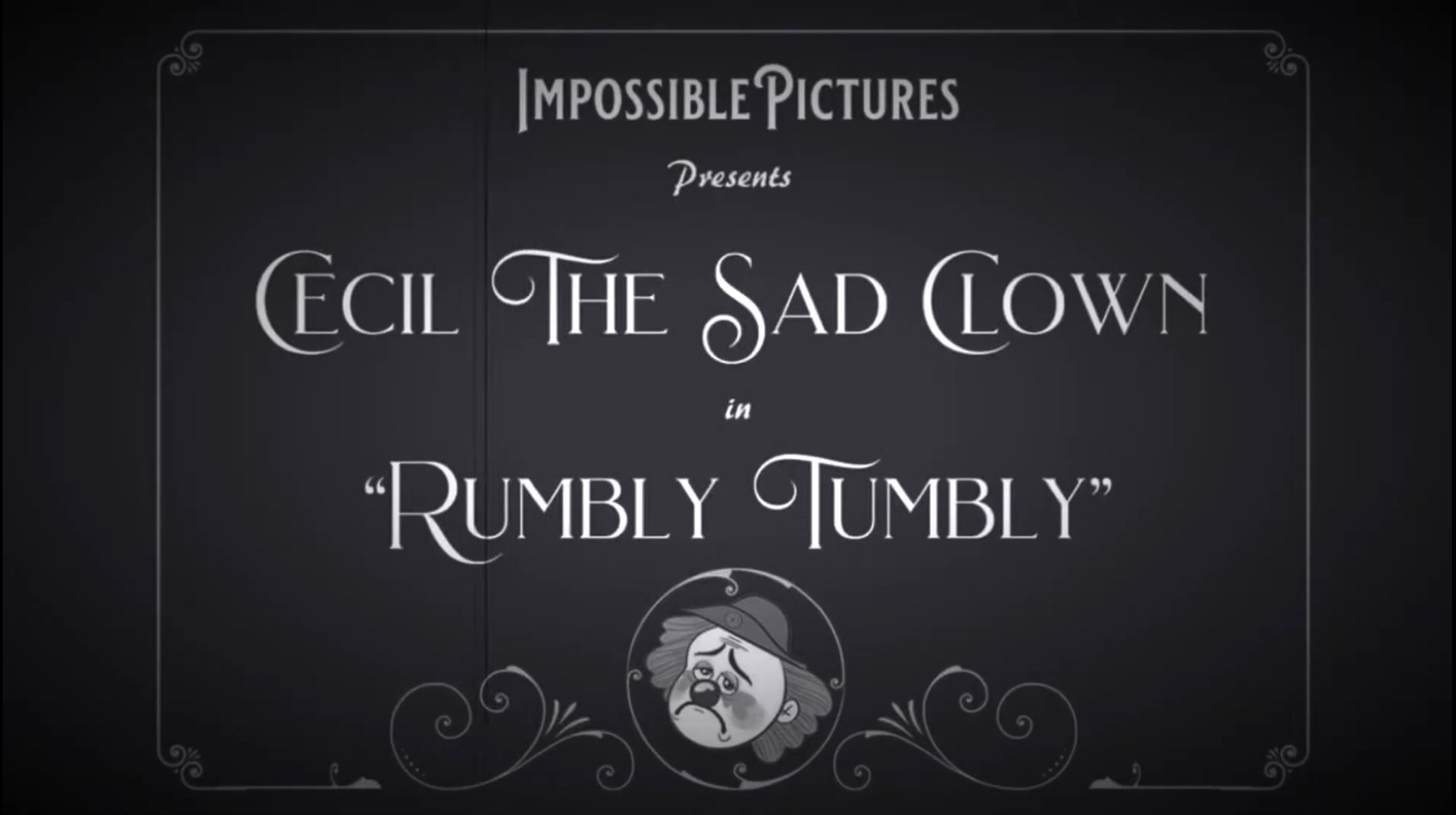 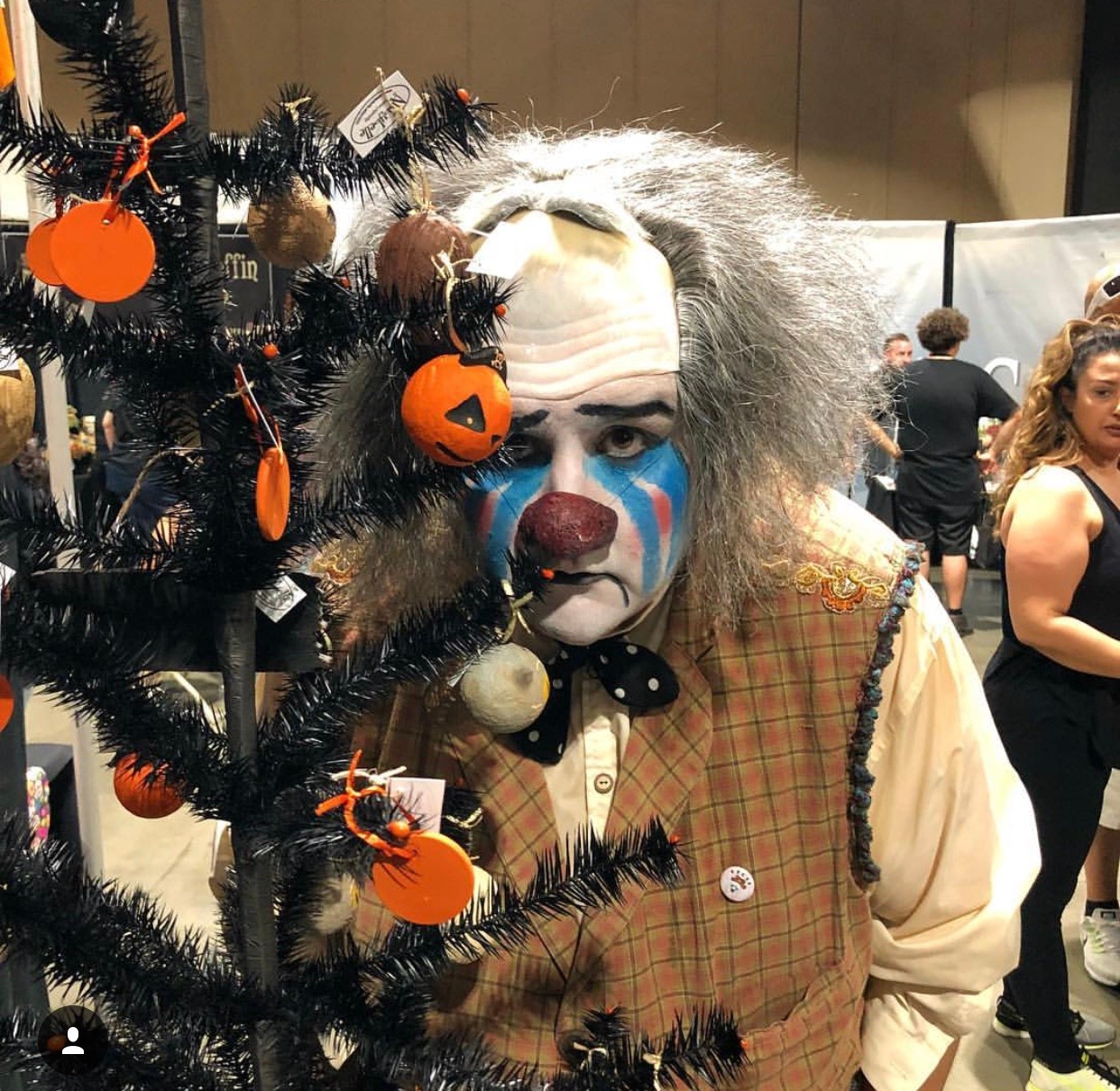