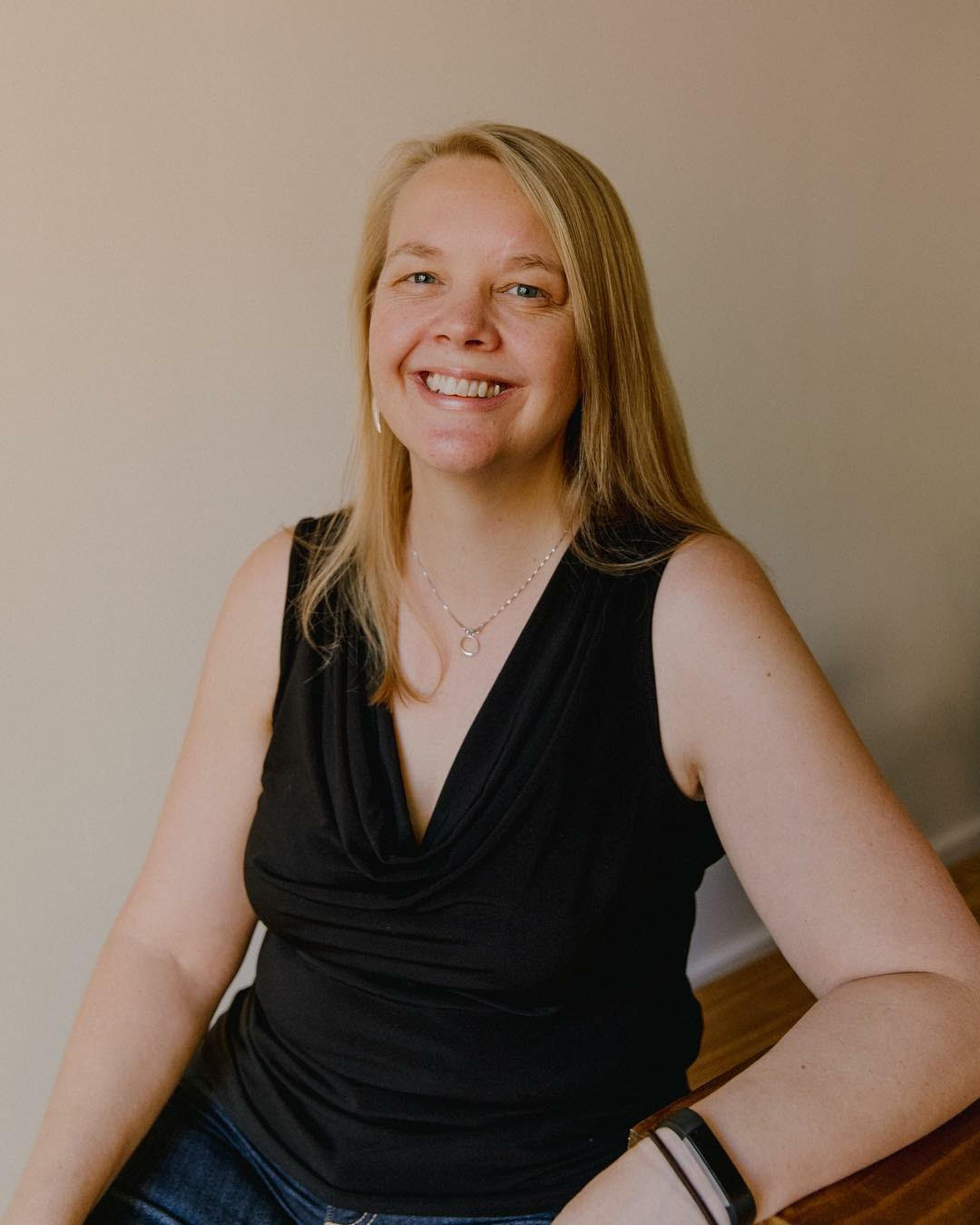 Today we’d like to introduce you to Catherine Joy.

Catherine, can you briefly walk us through your story – how you started and how you got to where you are today.
I am originally from Hobart, Tasmania, the island state of Australia. My mum is a concert pianist, and I am similar to her in many ways. We look the same, we have the same name of “Joy,” and we both lived and breathed music. It seemed a given from the start that I would follow in my mum’s musical footsteps.

Growing up I was a violinist and singer, primarily in the classical genre. When I was sixteen, I started studying and playing music with the phenomenal musician Andrew Legg. Through working with him, I fell in love with jazz music.

At that point, I decided I wanted to be a Jazz singer. I would move to America and study jazz. So that’s what I did. I moved to the US in 1998. From that point, there were years of frustrating course corrections and visa issues, but I ended up in Seattle in 2002 doing my undergraduate in Jazz performance and composition at Cornish College of the Arts.

I fell in love with composing there because part of the jazz vocal program was to learn and sing jazz standards, and I realized that not only was I not connecting to those songs, but I didn’t believe I could do a better version of them when such amazing versions had been created by greats like Ella or Anita O’Day. I needed to create music that represented my voice, my point of view.

So I started composing, and once I began, I realized I loved composing way more than performing. I kept performing, but only because I was encouraged to do so by my mentors. It took me a while to realize that I didn’t want to perform at all. After graduating from Cornish, I actually quit music for a short period. I was exhausted, I was tired of performing and confused about where I fit in the music world.

I had an office job for a time but I missed music too much, so I started teaching elementary school music. I did my masters in Music Ed through Boston University’s extremely challenging online program. The masters required me to compose, arrange and study theory again and at this point, I realized that the only time I was really happy, really in that state of Flow, was when I was composing music.

I had been performing since I was very young and I was ready to just write. But what could I do for a living that was writing music? I didn’t want to do concert music or be in academia. Right around that time I was asking the universe these questions, an email came to my inbox for Hummie Mann’s one-night-a-week course on film scoring (this course is now a masters degree program at Seattle Film Institute).

Even though I was still teaching music full time and finishing my masters, I knew I had to explore this option. After the first night of this course I was 100% sure that I wanted to be a film composer. This gig checked all my boxes. It was composing music, but it was also collaborating with the director/producer, having the music serve the picture, support the story and connect with the audience. I had been a musician my entire life but for the very first time I felt like I had found where I fit in the world of music. I was home. At that point, I just threw myself into the world of film scoring. I talked to every film composer I could track down. I read the books, I learned the software, I scored every project I could get my hands on, I sat in on recording sessions, helping out when I could.

After three years of being an active part of the film community in Seattle I moved to Los Angeles and started doing the same thing down here: being an active part of the community and working on anything I could. I started working for documentary composer Miriam Cutler. First I was just doing her music prep. Now I run her music team, and I score supervise and orchestrate her projects.

Most recently we did RBG (nominated for an Oscar) along with the critically acclaimed Dark Money and Love, Gilda. Now my working life is made up of two key things: I compose music for film, media, and video games and I do “support work” for other composers. This includes arranging, writing additional music, score supervising, producing scoring sessions, orchestrating and doing music preparation.

I work with many fantastic composers around LA, and it came to a point where I had build a team to help me with the workload. The team is made up of fantastic composers, some like me who have been in the business for nearly a decade, others just out of college and starting out on their composing career. I have been working this team for a while but last November we officially launched as the company Joy Music House: composers supporting composers in all aspects of score production. Our credits include the Emmy-winning doc series Wild Wild Country (scored by Brocker Way), the HBO doc At The Heart Of Gold (scored by Ian Hultquist and Drum & Lace) and most recently The Last Black Man In San Francisco (scored by Emile Mosseri) which premiered in competition at Sundance 2019 and won the award for best director.

Great, so let’s dig a little deeper into the story – has it been an easy path overall and if not, what were the challenges you’ve had to overcome?
It has not been a smooth road. There have been so many struggles! The thing I love to point out about my story is that right now I am doing music – as I always wanted to do – but in an entirely different way than I expected two decades ago. I think it is so important to be open to course correction. Changing direction doesn’t mean you have failed, quite the opposite.

There is a great book by Seth Godin called The Dip, and it talks about the benefits of quitting. I have quit music twice in my life. Taking those breaks for me was so important, and when I came back to music each time, I had an improved relationship with my art. I am so glad I stopped performing and focused on composing. It took me a long time to figure out that was the right thing for me, but once I did felt immense relief.

I still feel that relief on a daily basis. There are a lot of challenges in my freelance life. It feels like living without a safety net. Then when I officially launched Joy Music House, I did not anticipate the impact that would have on my working life. The impact has been positive but a lot of work and a new learning curve. It is wonderful but still a challenge.

Also, at the beginning of last year, I went through a massive personal life change and had to very quickly adapt to a brand new “normal.” This was again a very positive change but still meant that I had a lot to learn and re-learn as I made my way through every day. Life in the arts isn’t easy. But it is the only thing I want to do with my life. Even on the hardest days I know I am doing exactly what I want to be doing.

Please tell us about Joy Music House.
Joy Music House is a one-stop shop for music production. We provide everything from assisting and music preparation to orchestration, arranging, additional music and composing. We can be an instant-team for composers who generally work solo but on a particular project need a team to help them move their score through the recording process… and they need it right away!

I had a few goals with this starting company. I wanted to elevate my team members, many of whom have been working with me for many years but have been in the shadows as it was just “Catherine and her team.” Now they have more visibility, as they should because they do great work both with JMH but more importantly in their own composing careers. I also want to provide work for composers who enjoy doing support work in addition to their own composing work. I love hiring people and getting them working. If you need a person to do something in the world of music it is likely that I know the perfect person for that job, as I have always been someone who collects people. I love to connect people with other people so everyone can be successful. Joy Music House gives me the perfect vehicle to do just that.

I think what sets us apart is that we have already successfully worked on a range of projects. I have a team who come from a variety of musical backgrounds, so we are very adaptable to the different projects that come our way. I have also been doing this work for many years, and my credits speak for themselves. Our goal is to really keep the joy in the scoring process. To take the load of the composer so they can focus on the music while we focus on the logistics of producing their score in the best possible way. We all need support. Collaboration, with the right team, can elevate a project to great heights. That’s our goal.

Do you look back particularly fondly on any memories from childhood?
Waking up to my mum playing piano – even when she was working on avant-garde pieces! HA!! It is always so wonderful to hear her play. It makes any situation feel like home.

My parents were also missionaries, so we traveled the world, mostly when I was five to 13 years old. We went all the way through Asia in the latest eighties, to Russia and Latvia right before communism fell, to Vanuatu to help rebuild after a hurricane. It was brilliant, I loved it.

Most of my experience in those places were with people living in or on the edge of poverty. I hung out with kids my age who lived on a massive garbage dump in Manila, Philippines. I still remember their smiles, huge smiles. I was overwhelmed by their joy.

Experiencing that kind of thing in countries all over the world helped me not have an attitude of entitlement. I am so grateful for everything I have. 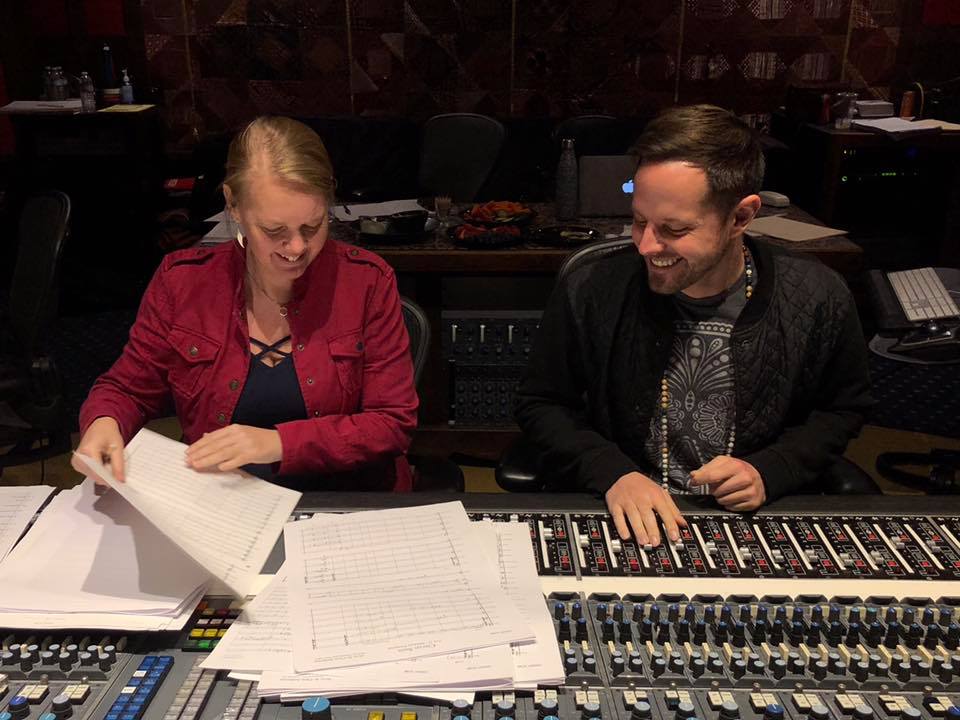 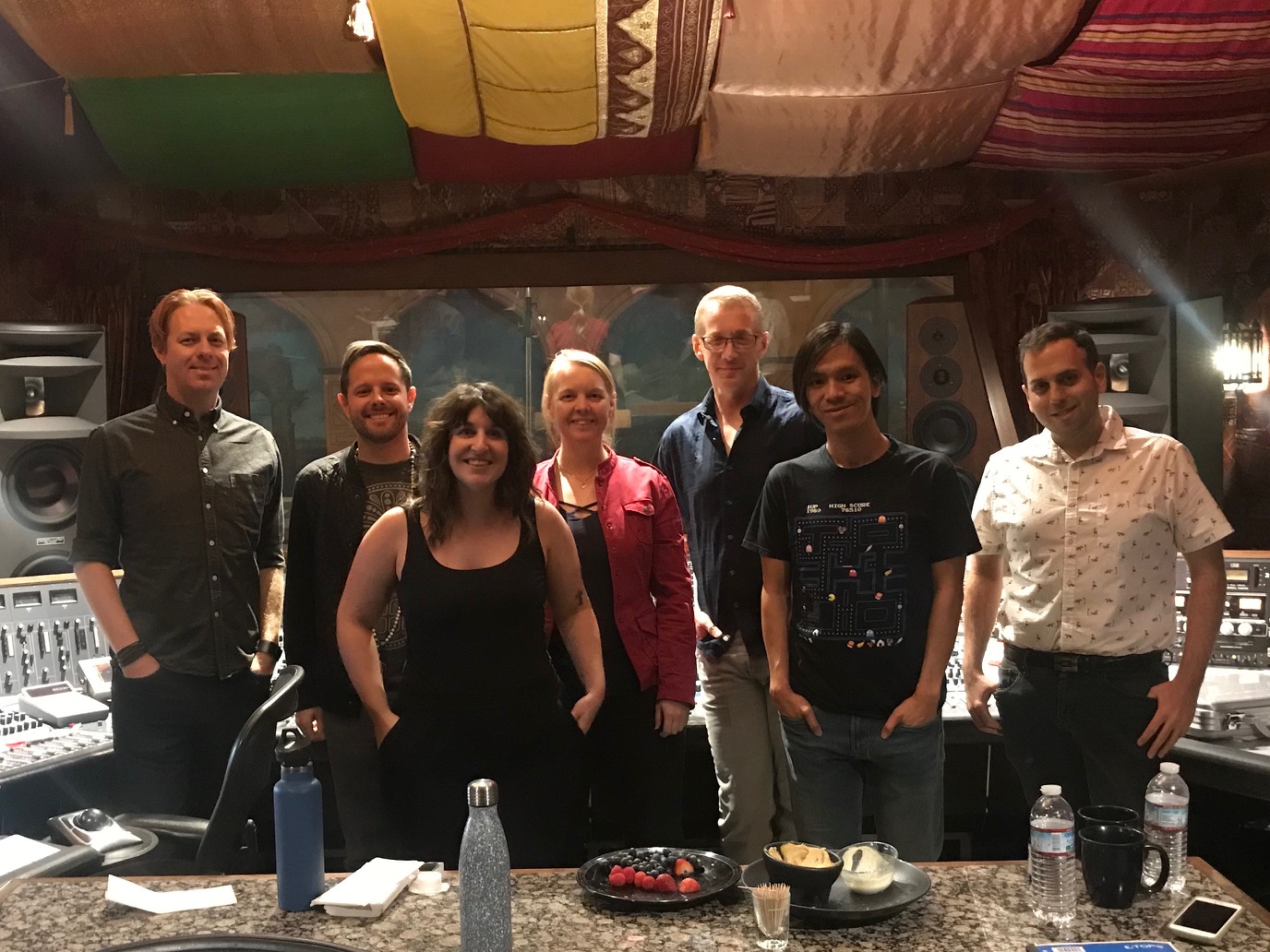 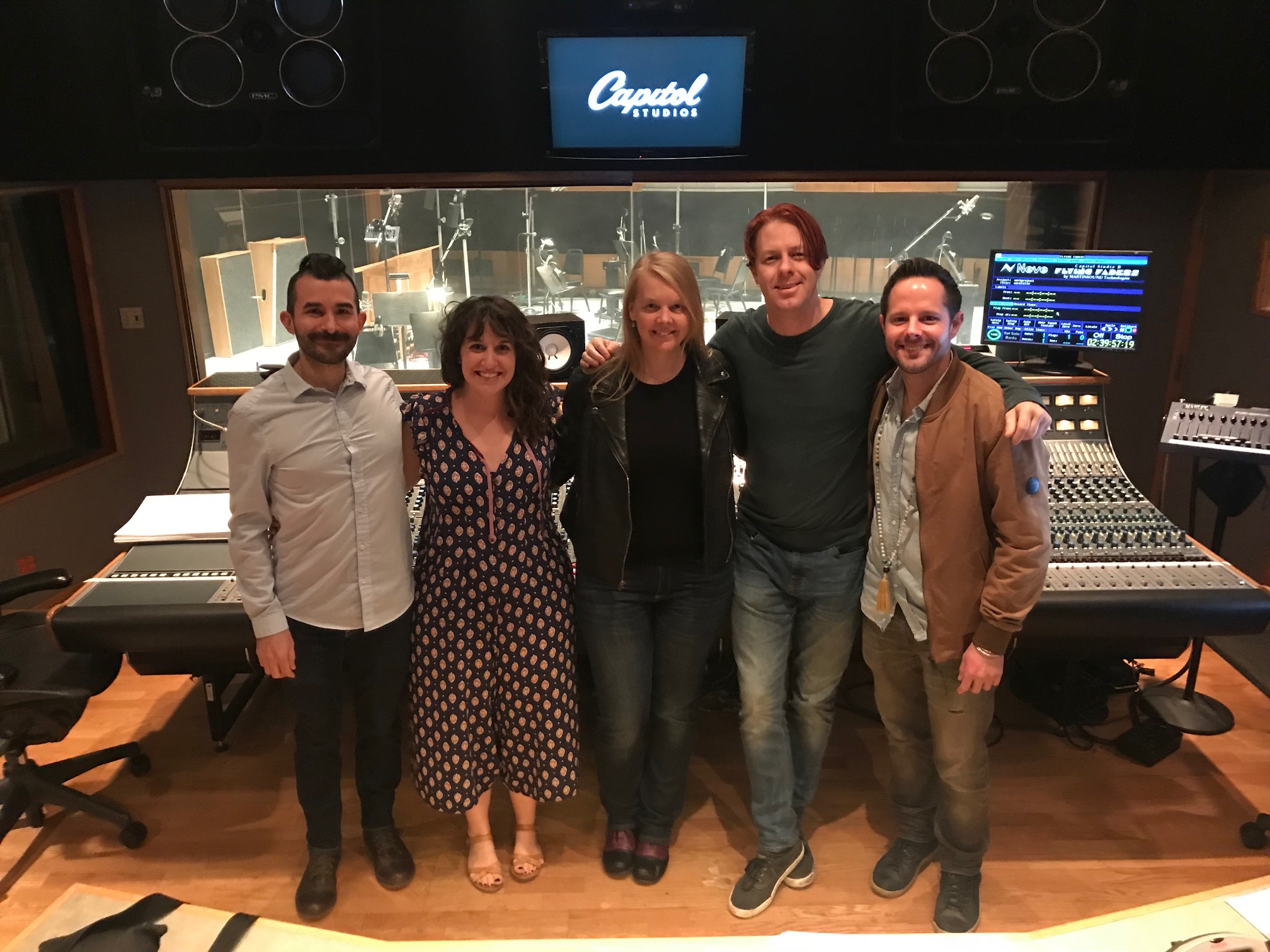 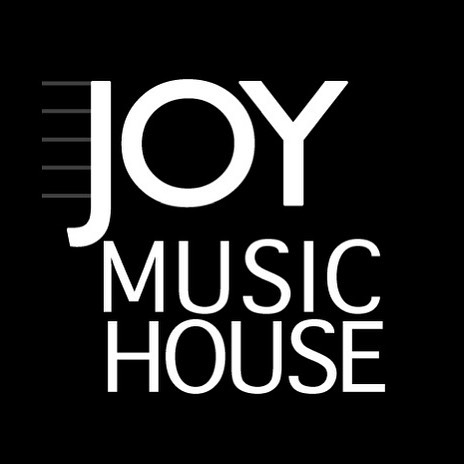 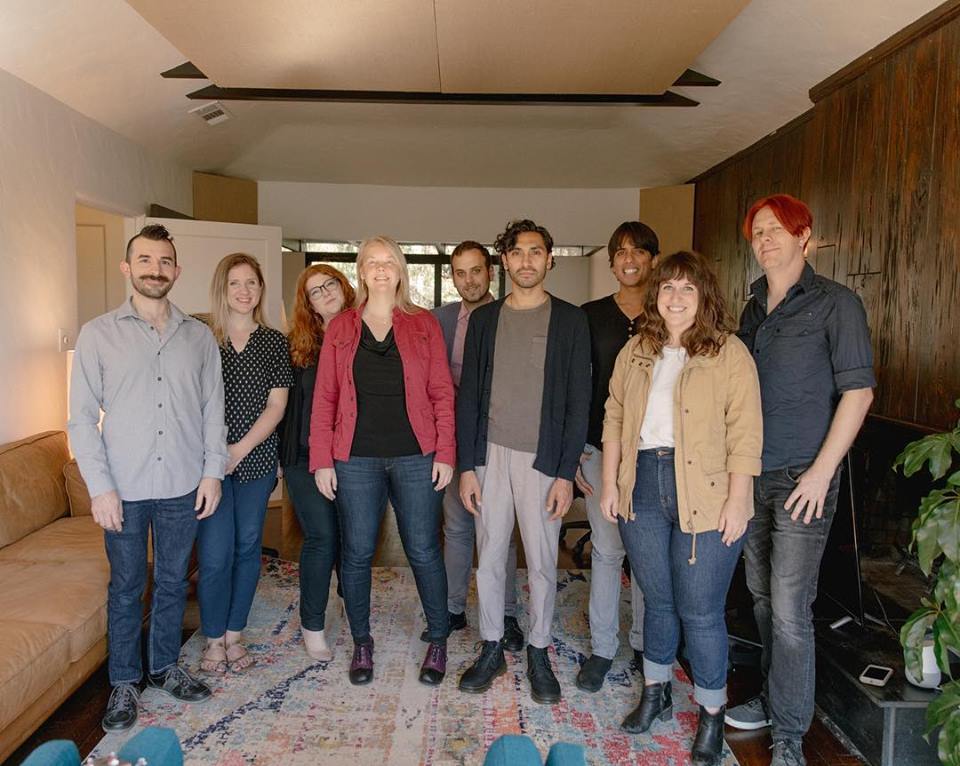 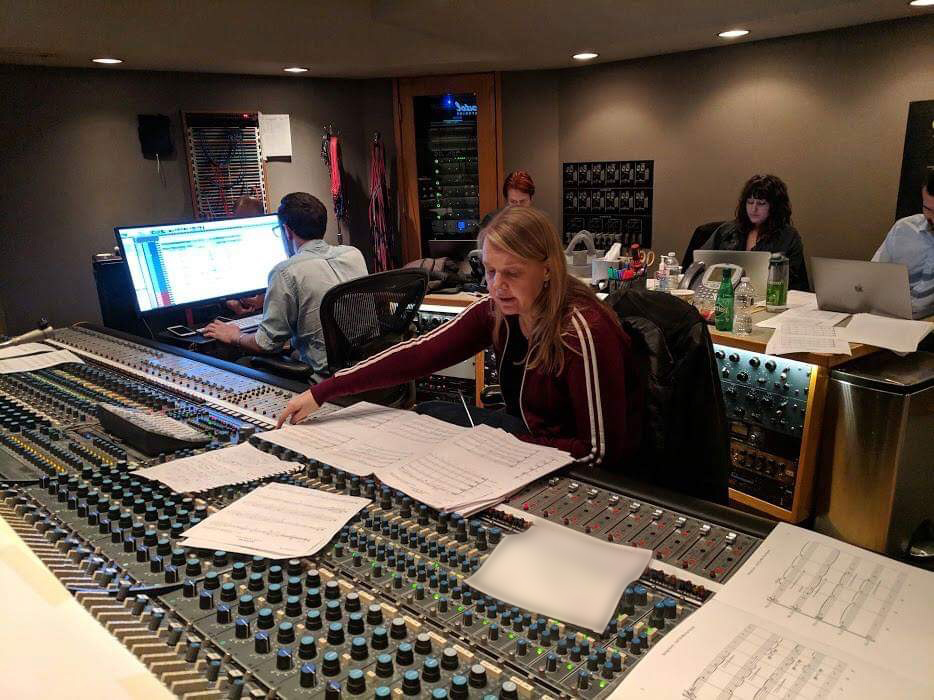