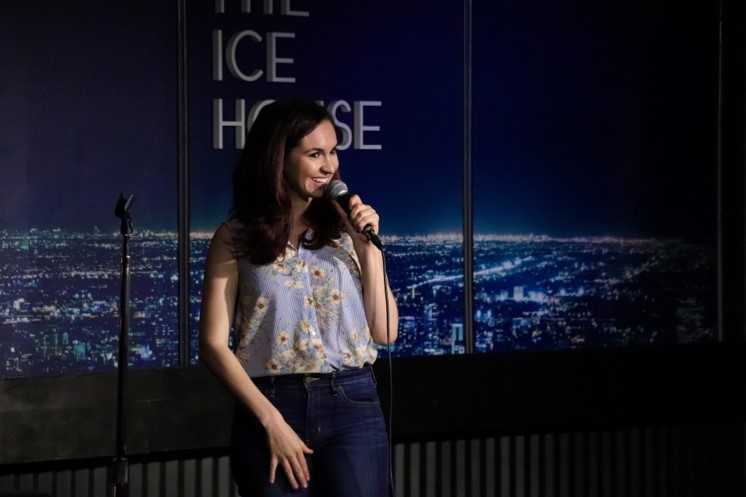 Today we’d like to introduce you to Cat Alvarado.

Thanks for sharing your story with us Cat. So, let’s start at the beginning and we can move on from there.
I have a theatre background, but when I went to college, I studied economics, and eventually became a financial analyst. I hated it, and I had worked so hard to get there! I started doing stand up as an outlet five years ago. It took over my life and I haven’t looked back. Since then, I’ve done festivals all over the country from New York City to Atlanta to Flagstaff. Last year I had my TV debut on the First Nations Comedy Experience, and I’m looking forward to a few other projects in the works. It’s been a blast!

I started the Villains of History this year as a creative response to the humanitarian crisis in Nicaragua. My mother is from Nicaragua, and a lot of my family still lives there. Last April, their President, Daniel Ortega, violently cracked down on peaceful protesters and has since implemented many restrictions on freedom of speech and freedom of assembly. More than 300 people were killed and there were hundreds of political prisoners kept in appalling conditions. Things were pretty scary for people there last summer, including for many of my loved ones. But while I knew all about the situation there, it really struck me how little people here know about politics and dictatorships abroad. I found that troubling because as they say “if we do not learn from history, we are bound to repeat it”. In a moment of inspiration, I decided to create a podcast that would combine comedy and history to entertain, educate, and raise awareness about the crisis in Nicaragua.

We’re always bombarded by how great it is to pursue your passion, etc – but we’ve spoken with enough people to know that it’s not always easy. Overall, would you say things have been easy for you?
Stand up is never a smooth road. Getting good at stand up requires an ongoing hustle to get on stage. In other cities, it’s not too hard, but Los Angeles is probably one of the most competitive cities to be in since we’re competing for stage time with people on TV. You can get bumped off a show by your heroes. I’ve been at it longer, things get better, but there’s no getting around putting in the hard work.

One of my biggest challenges as an artist right now has been learning to balance dumb-funny and smart-funny.  Lighthearted dirty jokes come somewhat easily to me and have a big pay off laugh wise. Everyone gets those jokes.  But as I said earlier, the crisis in Nicaragua changed me; it altered my motivations as an artist. I went from just wanting laughs to wanting to raise awareness through comedy.  I spent last summer trying to hone material on the crisis, but taking a tragedy and finding the laughs in that is hard enough without it being about a country that people know nothing about.  I eeked out 5-10 minutes on the subject. I have much funnier material, but this is what I’m most proud of because I had to pour blood sweat and tears into it. It’s been so worth it though, because every time I practice that set or perform it at a show, I’m telling dozens or even hundreds of people about the crisis.

So, as you know, we’re impressed with Villains of History Podcast – tell our readers more, for example what you’re most proud of and what sets you apart from others.
What sets me apart as a comedian is that I’ve found a way to be smart and funny. I think sometimes comedians fall into this trap where they get lots of belly laughs, but it’s really light and inconsequential material, or they go the intellectual route and end up with a niche of people who love them but they can’t get a laugh outside of a large city. I started comedy outside Los Angeles out in Oxnard and Ventura, so I cut my teeth making blue collar people laugh, and then later found my “smart” writing voice when I moved to Los Angeles. So if you like jokes about history I’m your girl. But if you like dick jokes, I’m also your girl.

That translates perfectly to the Villains of History podcast, which in each episode I, along with a guest comedian, discuss two villains of history. Sometimes it’s dictators, but I also cover cult leaders and mass murderers. It sounds dark, but we find ways to break up the heavy topics with humor. There are similar podcasts out there, but they can get a bit dry. I try to keep Villains of History as fun and light as much as possible. You can find it on Apple Podcasts, Stitcher, and Spotify.

So, what’s next? Any big plans?
I’m working on continuing to write and polish my hour so that I can record my first album, hopefully by the end of 2020. It’s most of the way written, but I really want to put as much work as I can into rewriting and improving what’s already written.

As far as the podcast goes, I’ll be releasing 20 episodes for the first season of Villains of History, then taking a break to prepare for the second season! Producing this podcast takes quite a bit of effort because there’s weekly research involved and there are some bigger villains that I really want to research in greater depth than I’m able to on my current weekly schedule. I’ll be releasing the next season in September. 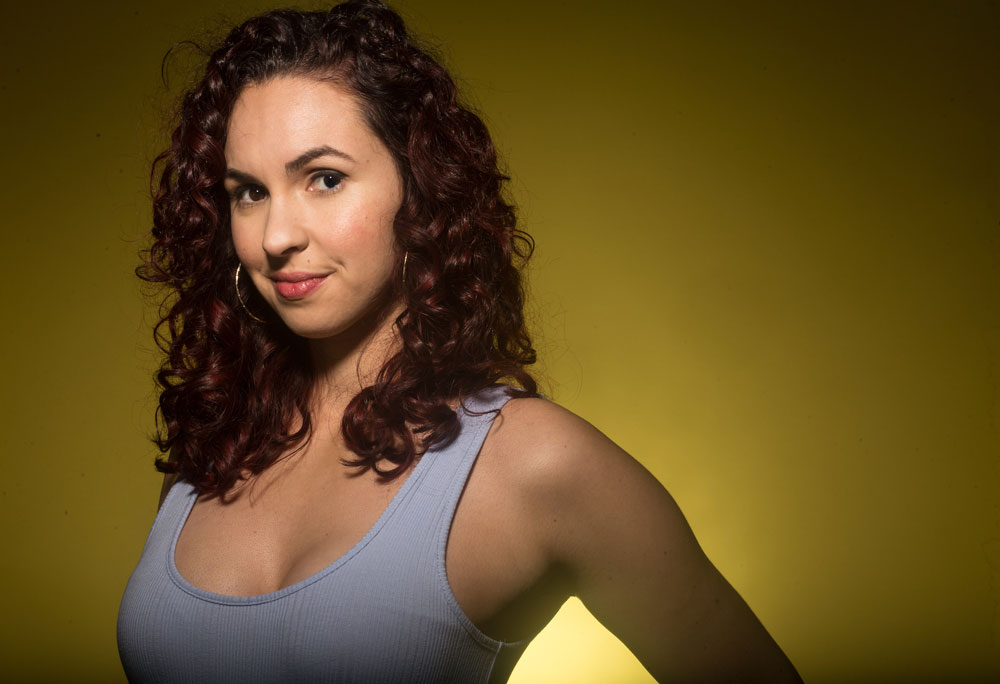 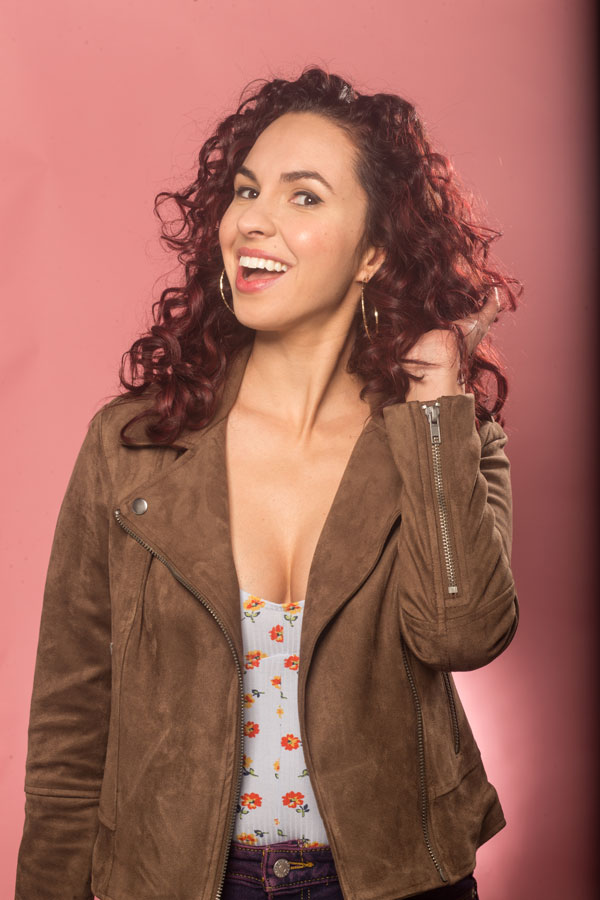 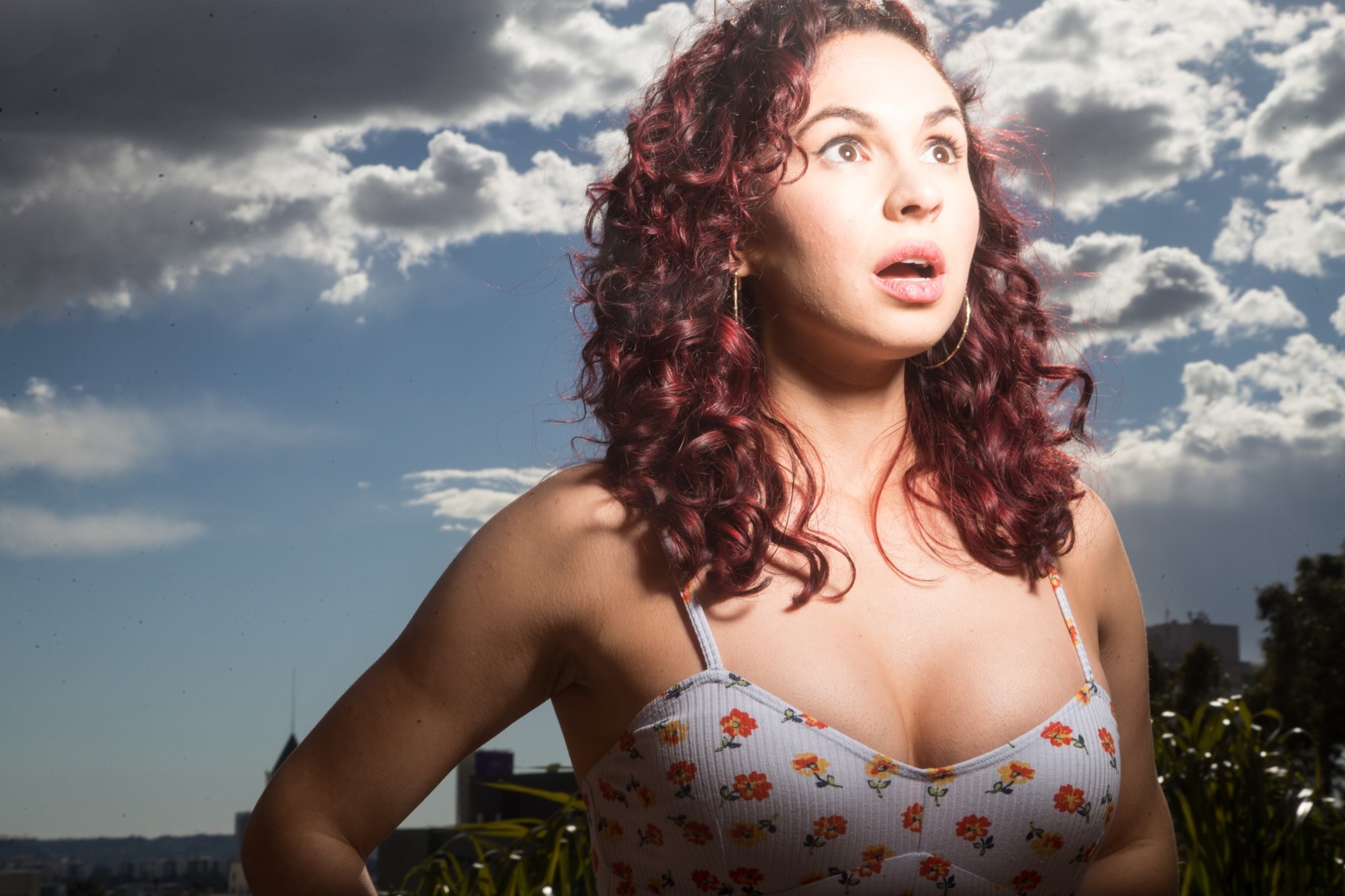 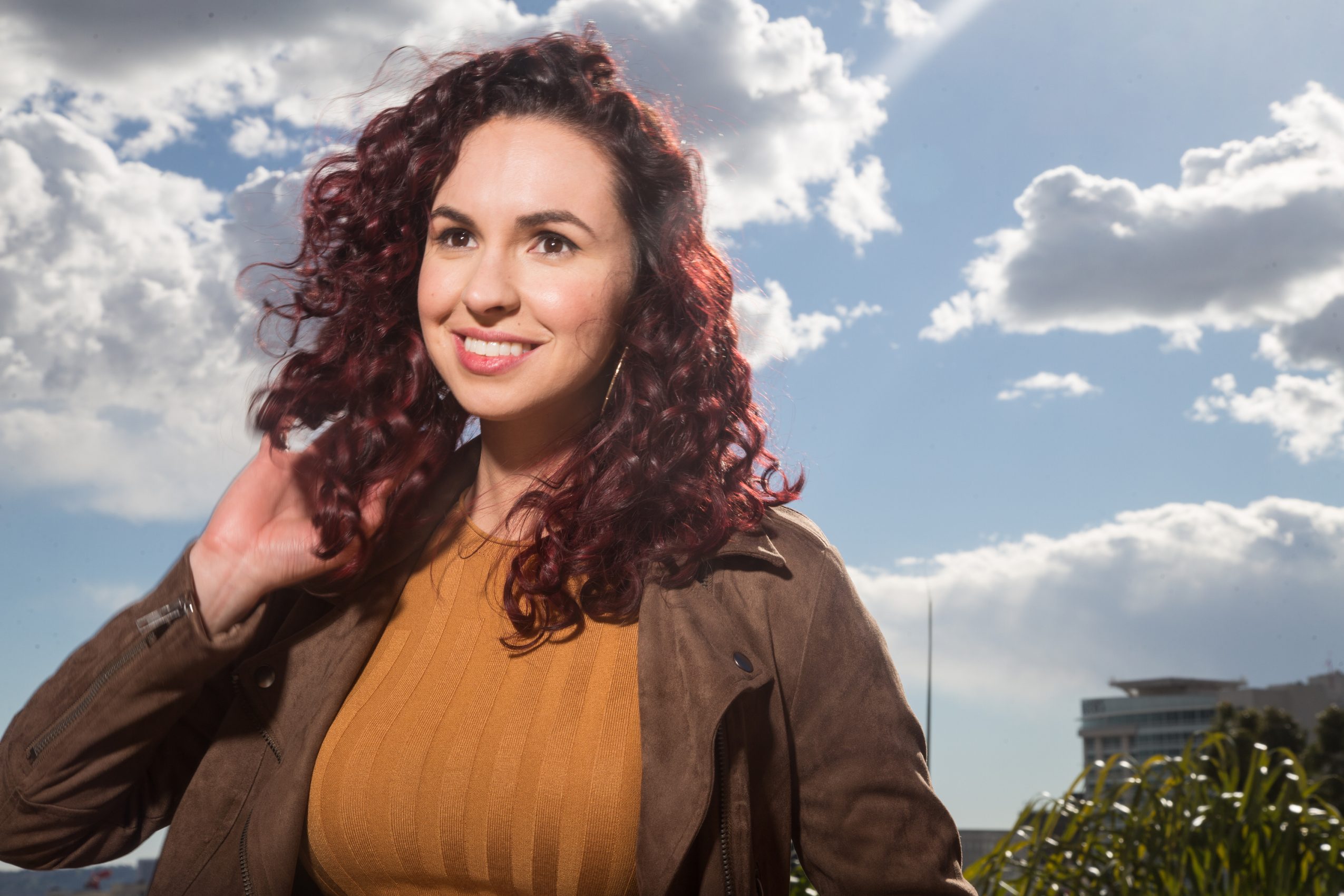 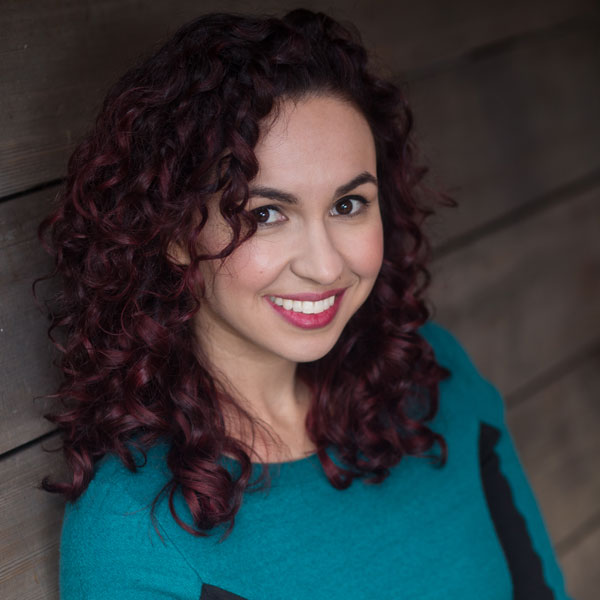 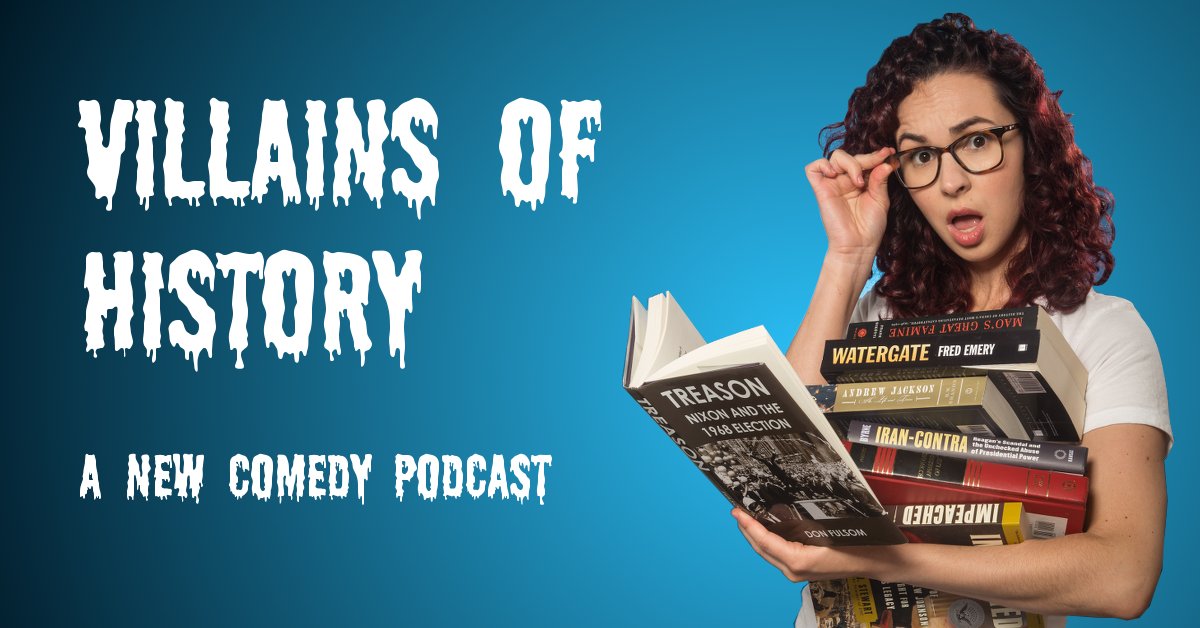 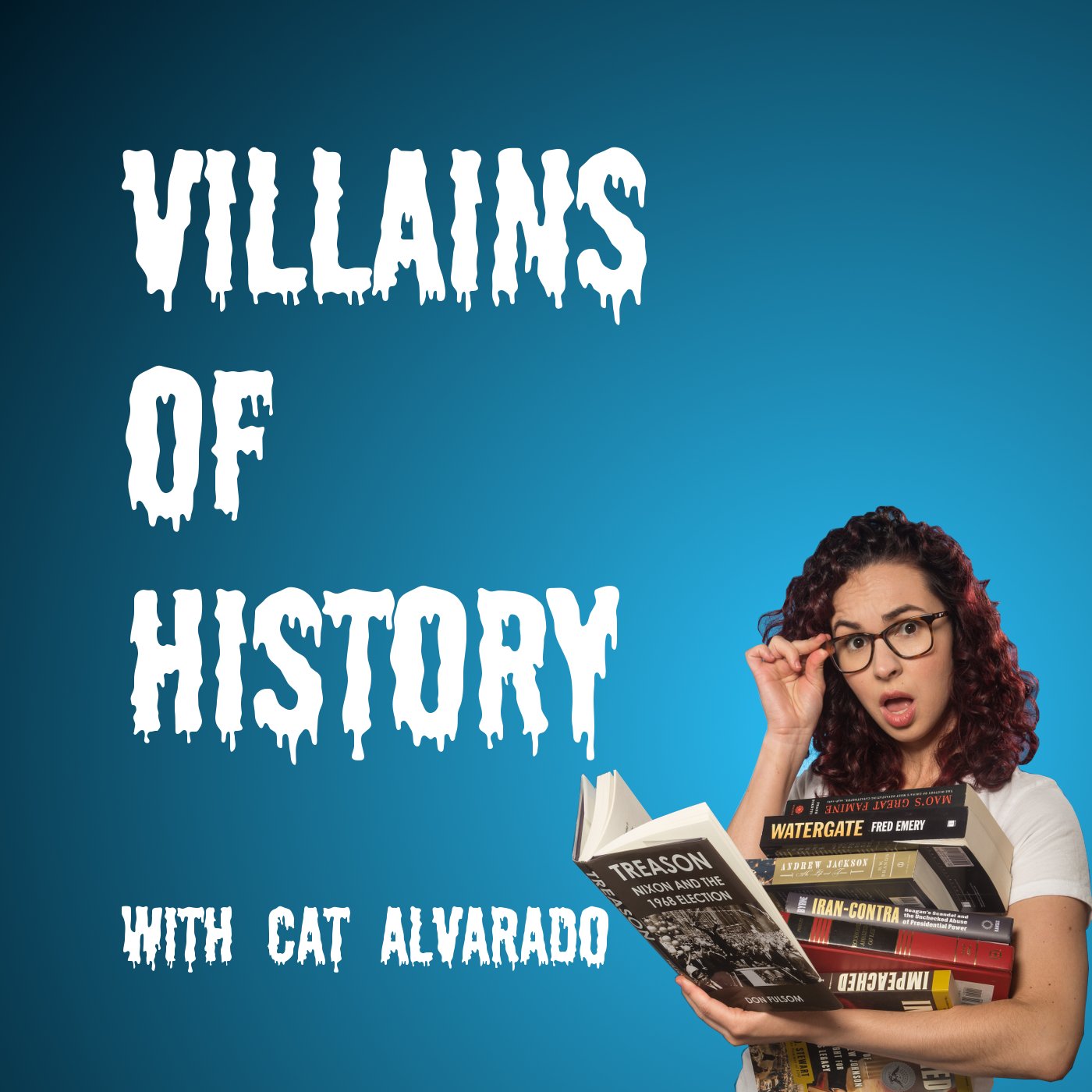