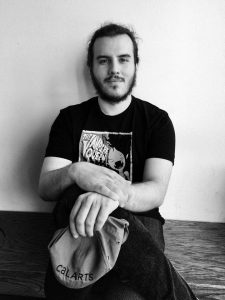 Today we’d like to introduce you to Cassidy Swanson.

Thanks for sharing your story with us Cassidy. So, let’s start at the beginning and we can move on from there.
I’m a composer, sound designer, performing artist, and content creator. I started out playing guitar in middle school; mostly rock, metal, and electronica thanks in part to my dad’s interest in music. To be honest, I heard a friend in junior high play “Iron Man” by Black Sabbath and thought “Man, I’ve got a guitar at home. If he can do that, I bet I can do better!”. That competitiveness led me to years of practice, numerous music teachers, and inevitably student loans at CalArts haha.

In high school, my parents saw my interest in music and got me a music teacher, Chris Sobkowich. He went to the Toronto Conservatory and was a huge wealth of knowledge. I worked with him for four years and got a variety of lessons, including a summer shot program at M.I, private lessons with the guitarist of Dio, Rowan Robertson, and even some private lessons with the guitarist Paul Gilbert. At this time, I also got really into J-pop and Japanese composers like Joe Hisaishi, IOSYS, and a lot of the anime scene.

As I got to college, I realized I didn’t JUST wanna be some guitarist and liked a lot of the production end of music and art. So I did all my general education at CSUF while I kinda figured myself out yet. Later on, I found out you could just be a composer and write music for movies and games, which I was already passionate in. So I figured it might be a cool field to get into.

My gf was a classically trained pianist and had some theory books, so I spent a year self-teaching myself basically all the theory I would need to get into CalArts prestigious program. Two weeks before the enrollment, they tell me I need sheet music samples for my portfolio. Of which I had none. So I think I got 4 hours of sleep daily while I rushed that. I managed to get in and spent the next two years getting my Bachelors in music theory and composition with an emphasis in film/video.

Throughout my time at CalArts, I worked on numerous animations, games, films, etc as a composer and sound designer and ended up with a 4.0 after graduating. I didn’t get a lot of sleep but I learned a ton!

After graduating CalArts, I’ve had the privilege to work on a few really cool projects including a short film series called “Gen Z – a web series” directed by Zachary Michaels. Besides that, I’ve done some game jams and have in general just tried to break into the film or game industry wherever I can while posting content on YouTube and twitter. On the side, to make ends meet, I teach privately and publicly as a guitar, bass, keys, ukulele, and vocal instructor. It has been really fulfilling, especially during COVID to have such an impact on a community and really help people learn to both improve at something they’ve always wanted to learn and learn to love something I love as dearly!

My current goals are trying to find bigger and better projects to write for. To learn all I can about my craft and help convey that love and passion through the projects I join and the music I produce. To either help, my viewers think or to help convey feelings that amplify a collective project that’s being experienced.

Great, so let’s dig a little deeper into the story – has it been an easy path overall and if not, what were the challenges you’ve had to overcome?
There have definitely been a lot of struggles. Some in my career, others more personal. Career-wise, it’s a tough career. I asked Conrad Pope, John William’s lead orchestrator “So hey, you looking for anyone right now haha”…He told me “Five years…Give it five years of hard work before people even start looking at you seriously”. Some harsh words, but I definitely see the reality in it. So here I am, just working on my portfolio and craft, always looking for the next project that might help lift up my career.

But in my personal lives, some moments have definitely gotten in the way emotionally. My parents started their divorce as I was going into CalArts. Dad moved to Chicago, my mom has had some health complications that have been worrying in the past. After CalArts, my brother was admitted to the hospital, six months after leaving, he gets readmitted, enters a coma, and nearly dies. He ends up stuck in the ICU for nearly half a year. It’s definitely hard to focus on a career when you’re trying to be there for your brother and mom. Soon after that, my grandfather Glen Swanson (A writer, sculptor, director, photographer, and quick draw), who was a big inspiration for me and why I went into the arts, passed away.

Needless to say, these last few years have been an emotional journey, but I’ve also had a lot of support from friends, family, coworkers, and those I’ve collaborated with. So I’m looking forward for what the future has to bring.

Can you give our readers some background on your music?
I’m a freelance composer, sound designer, and content creator.

As a company, I’m most proud of my consistently happy clientele.

I feel that as a freelance composer, it’s important to specialize and have a mark. To quote my old mentor Ulrich Krieger, “you’re exceptional at understanding the root of a genre and applying it to your music without directly quoting cliches”

I feel that this is something I’ve always excelled at and which sets me apart from many composers. My wide variety of influences and my ability to draw from them lends to a diverse, flexible, but distinct kind of work that can fit many projects without being cliche or benign. Currently, I’m very interested in working on anime and games in particular so a lot of the “moe/kawaii/cute/minimalist” elements are definitely something I want to bring to my work.

What moment in your career do you look back most fondly on?
As far as composing, It was definitely a great moment to get picked as the composer for Gen Z. It was the first paid long-form film project I got outside of a university/educational setting.

Outside of that, I had a student once give me 350 dollars for my lessons outside of the usual payments just as a tip for the exceptional service. That was definitely pretty cool, haha.

Lots of little proud moments scattered around though, so it’s kinda hard to pick one in particular. 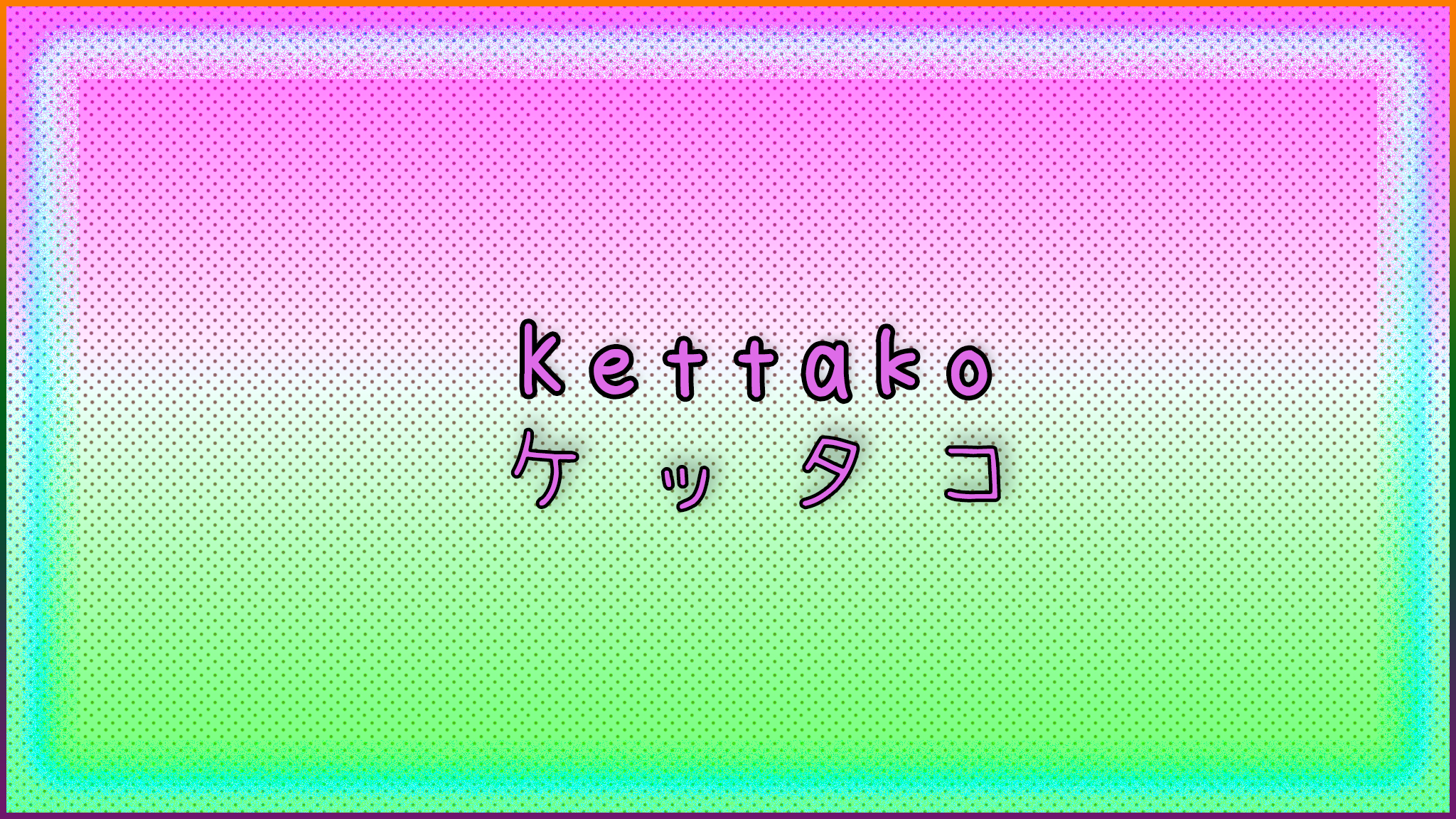 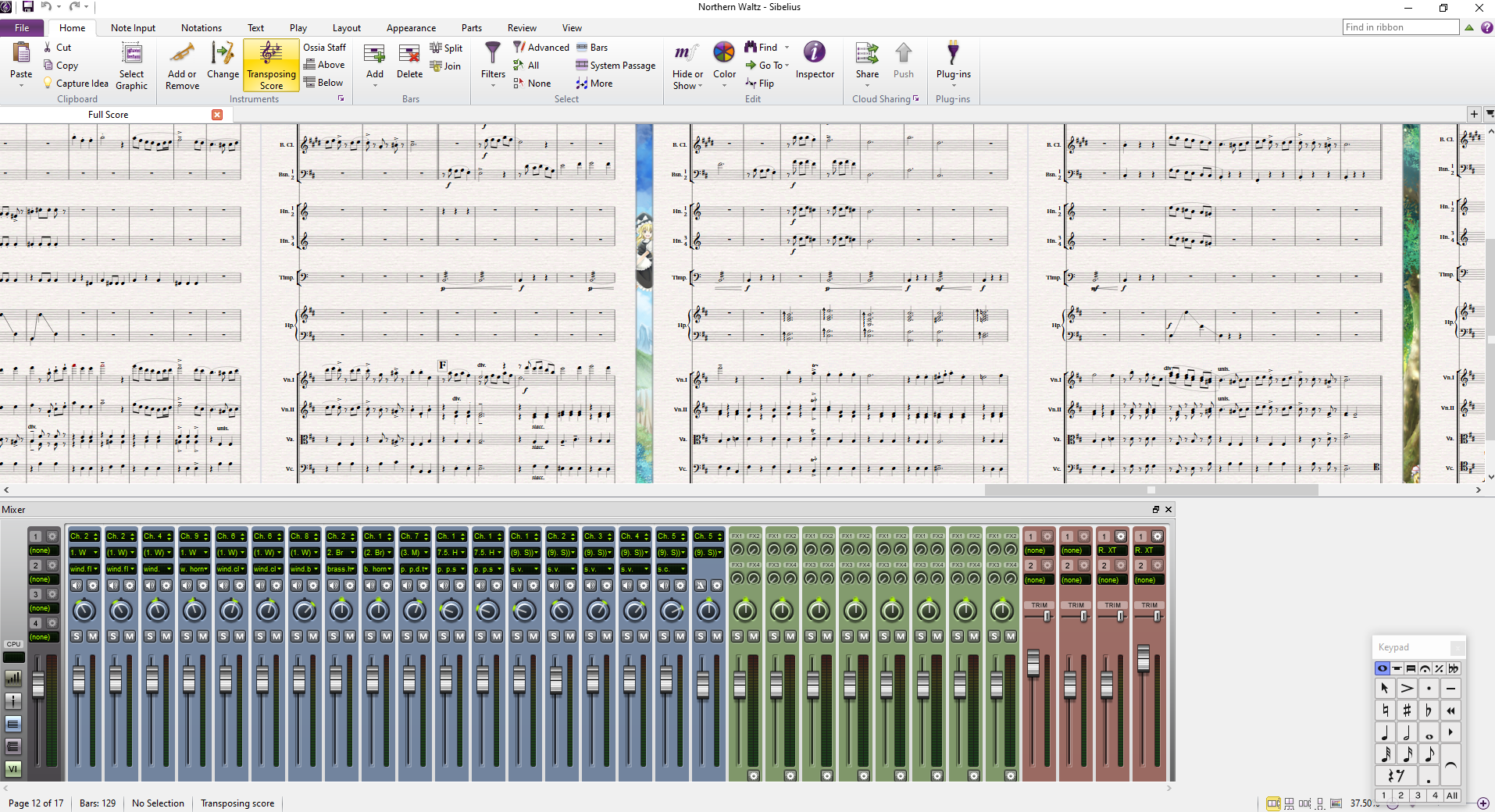 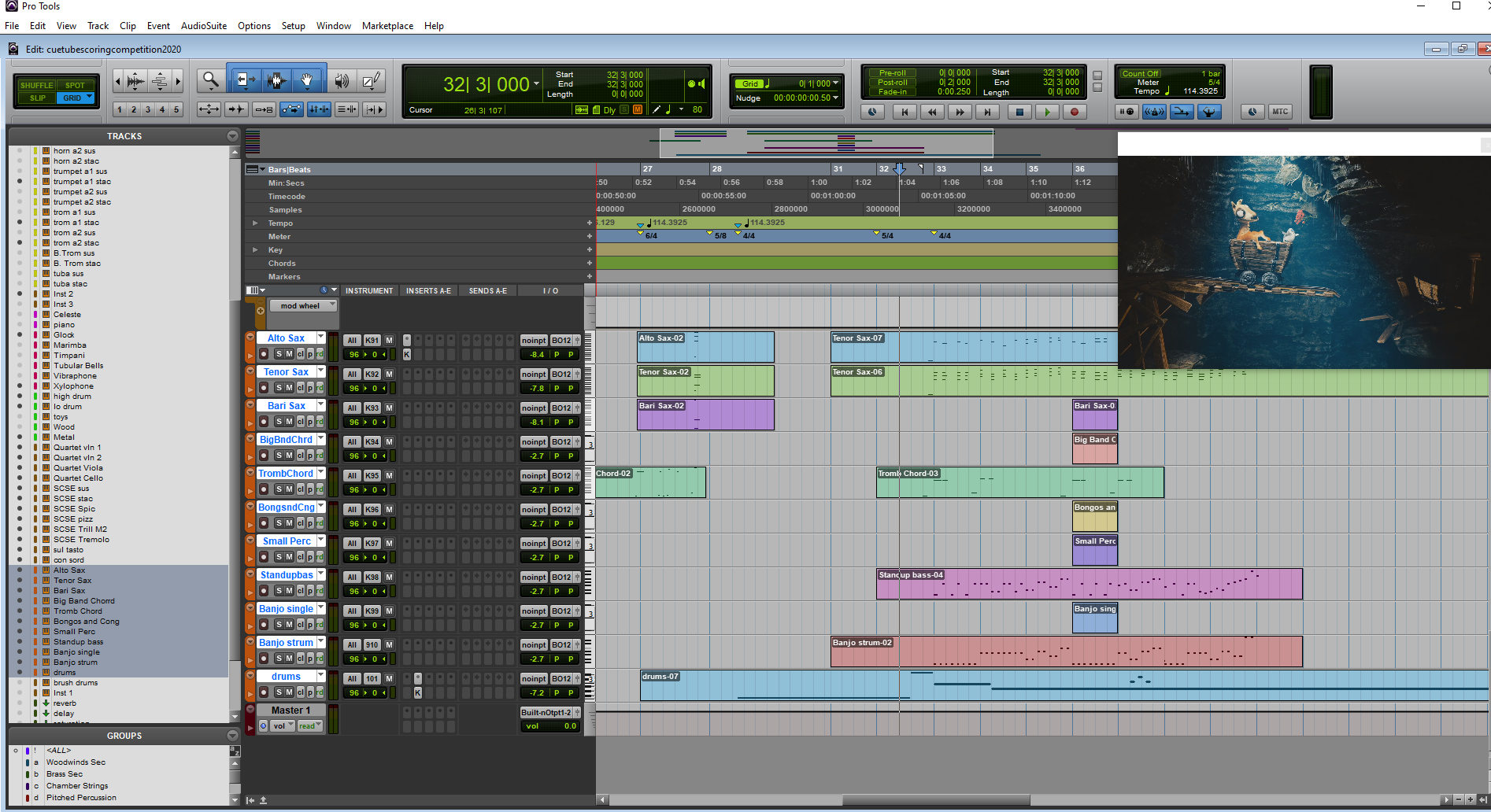 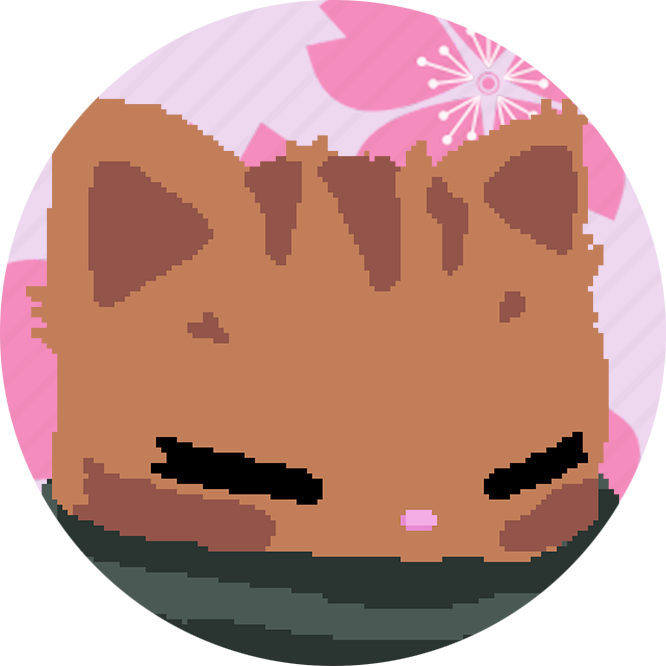 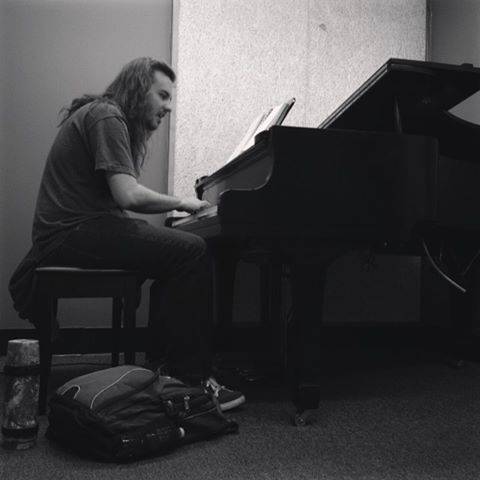 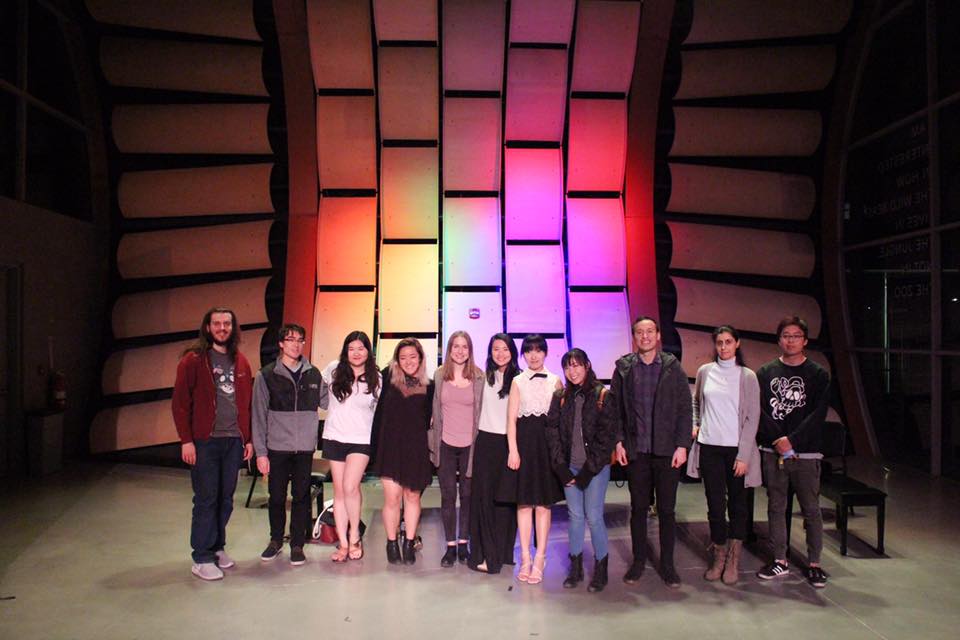 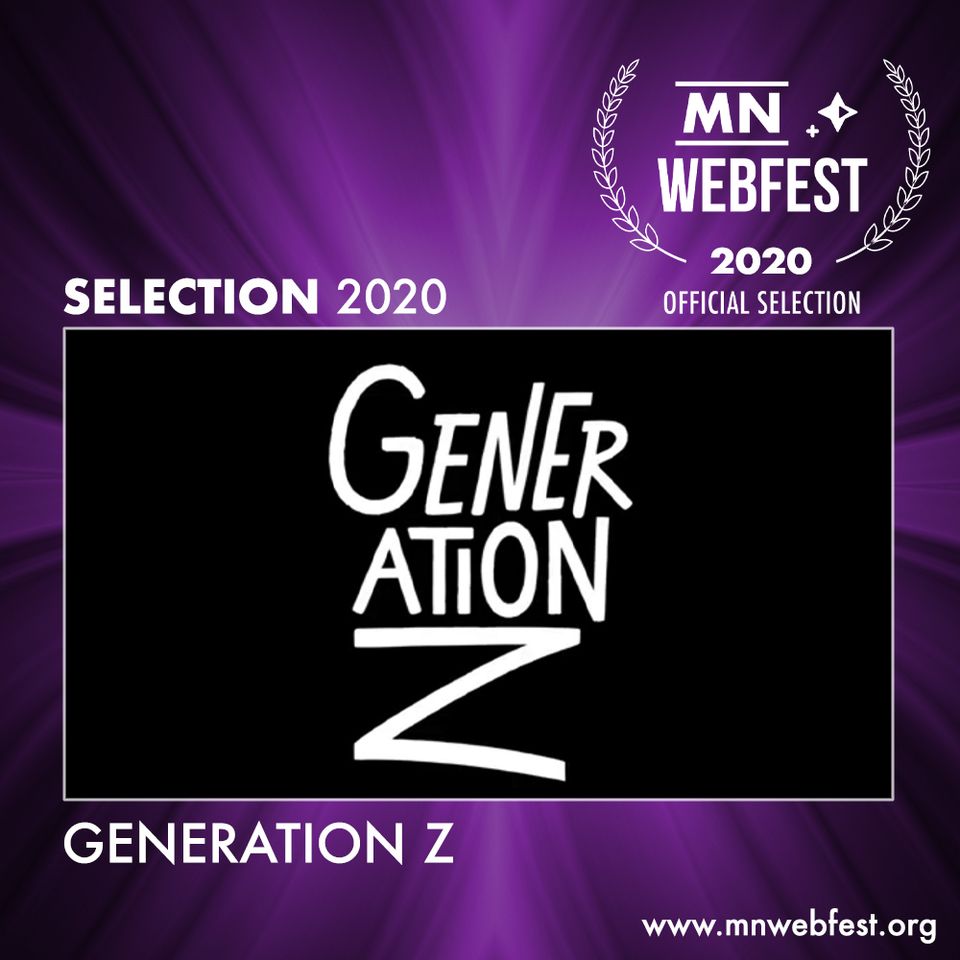