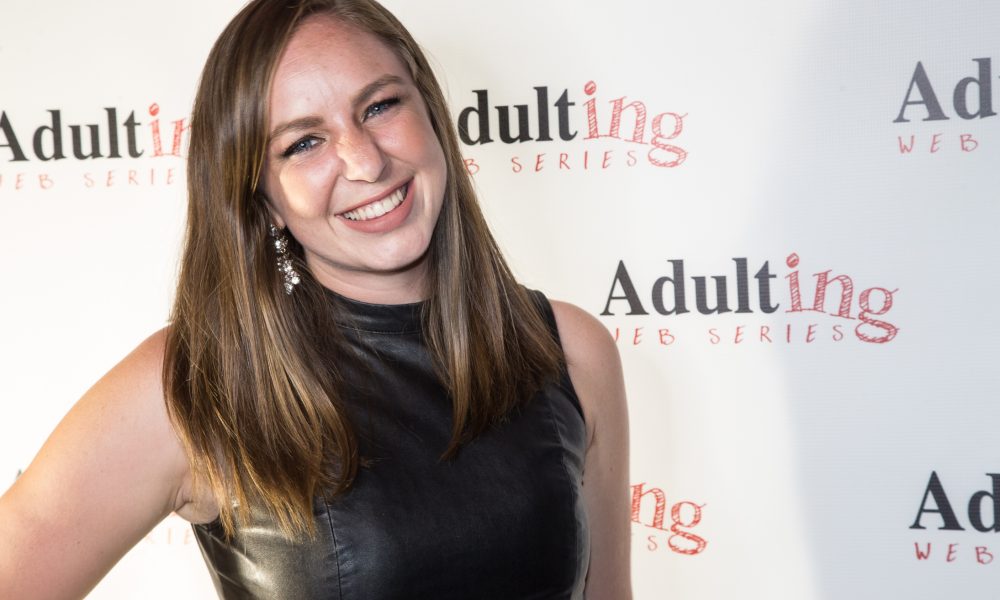 Today we’d like to introduce you to Cassidy Davis.

Cassidy, before we jump into specific questions about your work, why don’t you give us some details about you and your story.
I studied theater and dance in high school and college, and absolutely loved performing. But I fell in love with television in college when I began my two-year-long independent research project on gender stereotypes in sitcoms. I spent two years watching every sitcom, and then my college, the University of Pittsburgh, sent me to London and New York City to interview the writers and creators of these sitcoms and pick their brains about how they made their show, and how it reflects on society’s views and performances of gender stereotypes. It was an incredible project, and it resulted in my creation of a full-length documentary film with clips from all my interviews. After I graduated I knew I wanted to work in television, and I knew I loved performing, so I moved to Los Angeles to follow that dream.

We’re always bombarded by how great it is to pursue your passion, etc – but we’ve spoken with enough people to know that it’s not always easy. Overall, would you say things have been easy for you?
I think anyone who leaves their hometown, and their family and friends, to go pursue a dream is going to face a lot of obstacles and challenges. That’s part of the beauty of being a dreamer!

The biggest struggle for me is the lack of control I have as an actor in this industry. For my first year here I remember feeling frustrated and hopeless a lot. I was working as hard as I could, taking acting classes, meeting people, working on my craft… and I still felt like I was waiting for someone to give me permission to do what I love to do. So I think one of the biggest struggles I’ve had to overcome is getting my mindset to be in a happy, healthy place, and truly committing to doing this thing. The rejection is hard. The waiting and the comparison to others are hard, either with friends in the industry who seemed to be doing better than me, or my friends from home who are buying houses and getting promotions. But I think that’s all part of the journey. You have to learn to find your own path and your own happiness within that path. I chose this life, and it might not be easy, but the happiness I feel after a day of acting is unlike any other.

Creating my own work was hugely instrumental in finding my happiness, and my place, in this industry.

Please tell us about your work. What do you guys do? What do you specialize in? What sets you apart from competition?
My show is called Adulting Web Series. It’s a comedic web series about an unlikely duo, Katie and Charlie, who take their first stab at the real world together and attempt to be adults. (Keyword: attempt). We released Season 1 about two years ago, and it followed the two girls as they moved to LA with big dreams and empty pockets, and learned quickly how difficult apartment hunting is, how awkward mattress shopping can be, and the difference between a head and a clove of garlic (pulled from my real life… unfortunately).

And now we are releasing Season 2! Our season finale comes out on October 16th. This season the girls have settled into LA and now they are learning how to find a work/life balance, how to handle it when a first date goes poorly, and how not to spend all your money and blackout at brunch (also pulled from real life… unfortunately).

Season 1 is on Amazon Prime and you can watch Season 2 on our website, www.adultingwebseries.com

What sets us apart as a production team is our commitment to hiring women. We have an entirely female producer team, an entirely female writing team, a female director and DP, and an almost entirely female crew. It felt really important to me to not just hire friends because of convenience but really make an effort to hire as many women as possible, both in leadership positions and in assistant positions so that they can be the next generation of leaders. It made for a very special experience on set as well. A few times I would look around the set and just see a sea of badass women doing their thing, working together, and killing it. I felt so proud and honored to be a part of that team.

So, what’s next? Any big plans?
I am looking forward to the release of Season 2 Finale of Adulting Web Series, which is happening on October 16th! I can’t wait for everyone to see the new season in its entirety. I am so proud of what my team and I have created.

I also just shot a pilot for FX called Gone Hollywood, so my fingers and toes are crossed that it gets picked up and we are back on set soon! 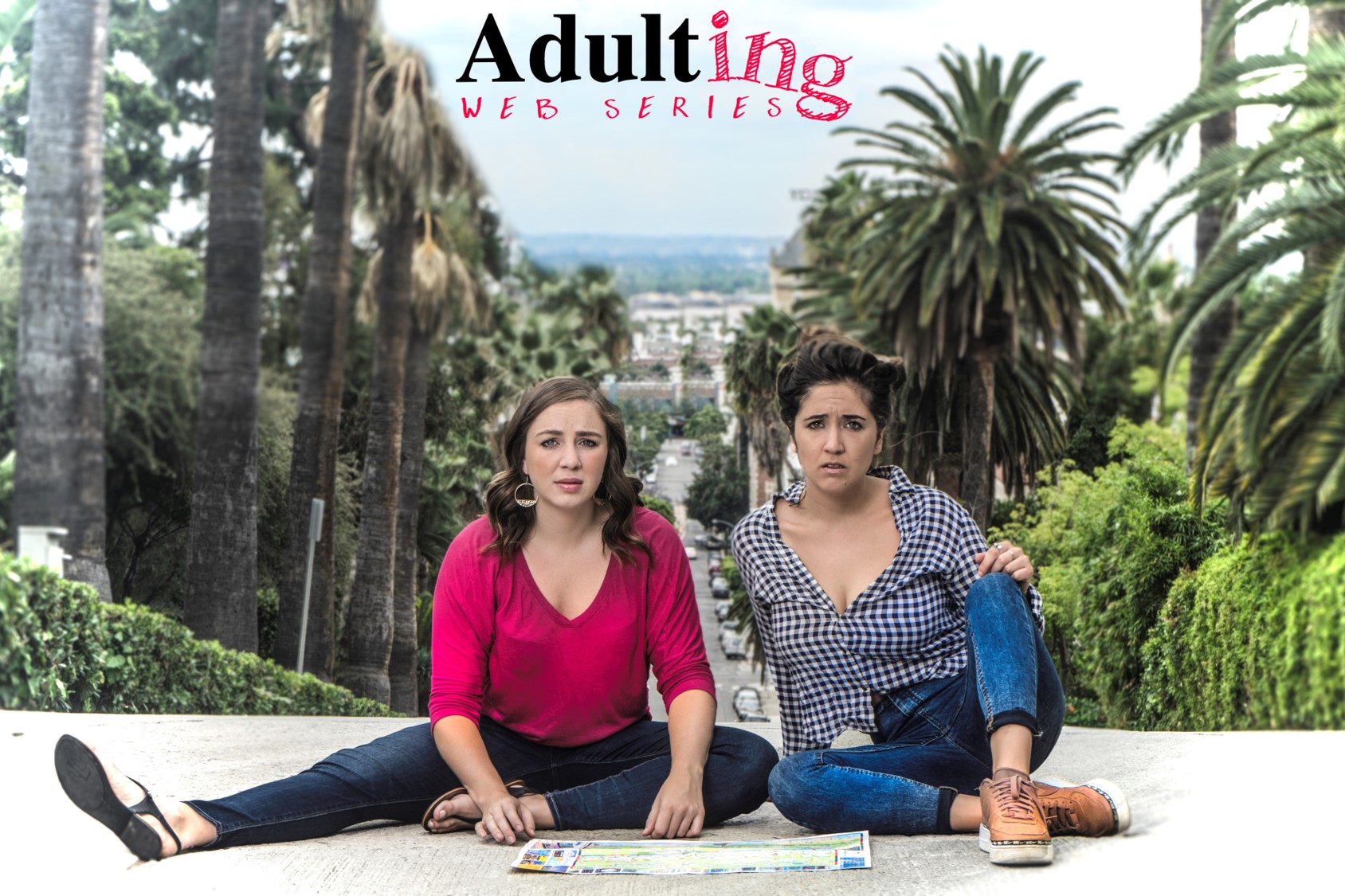 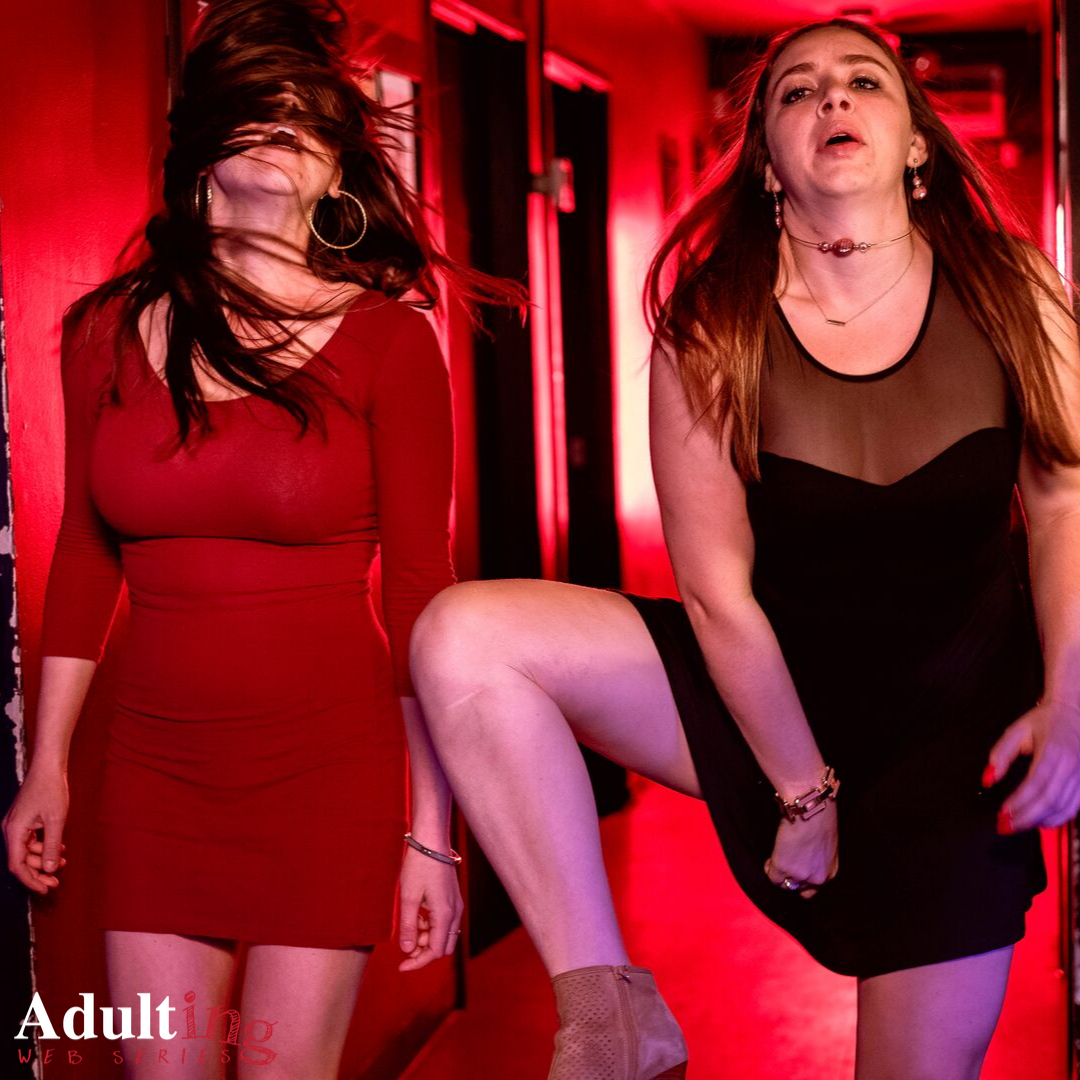 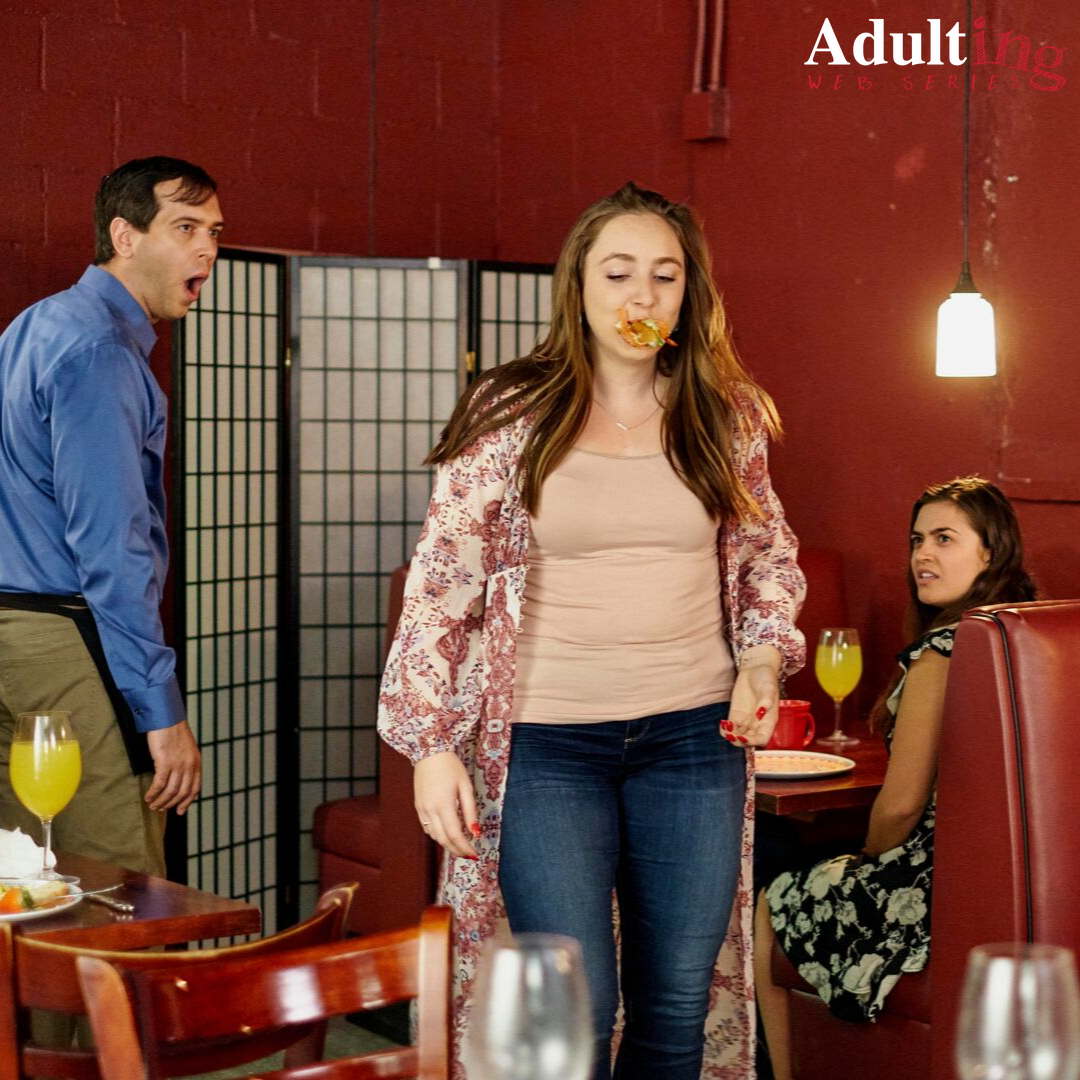 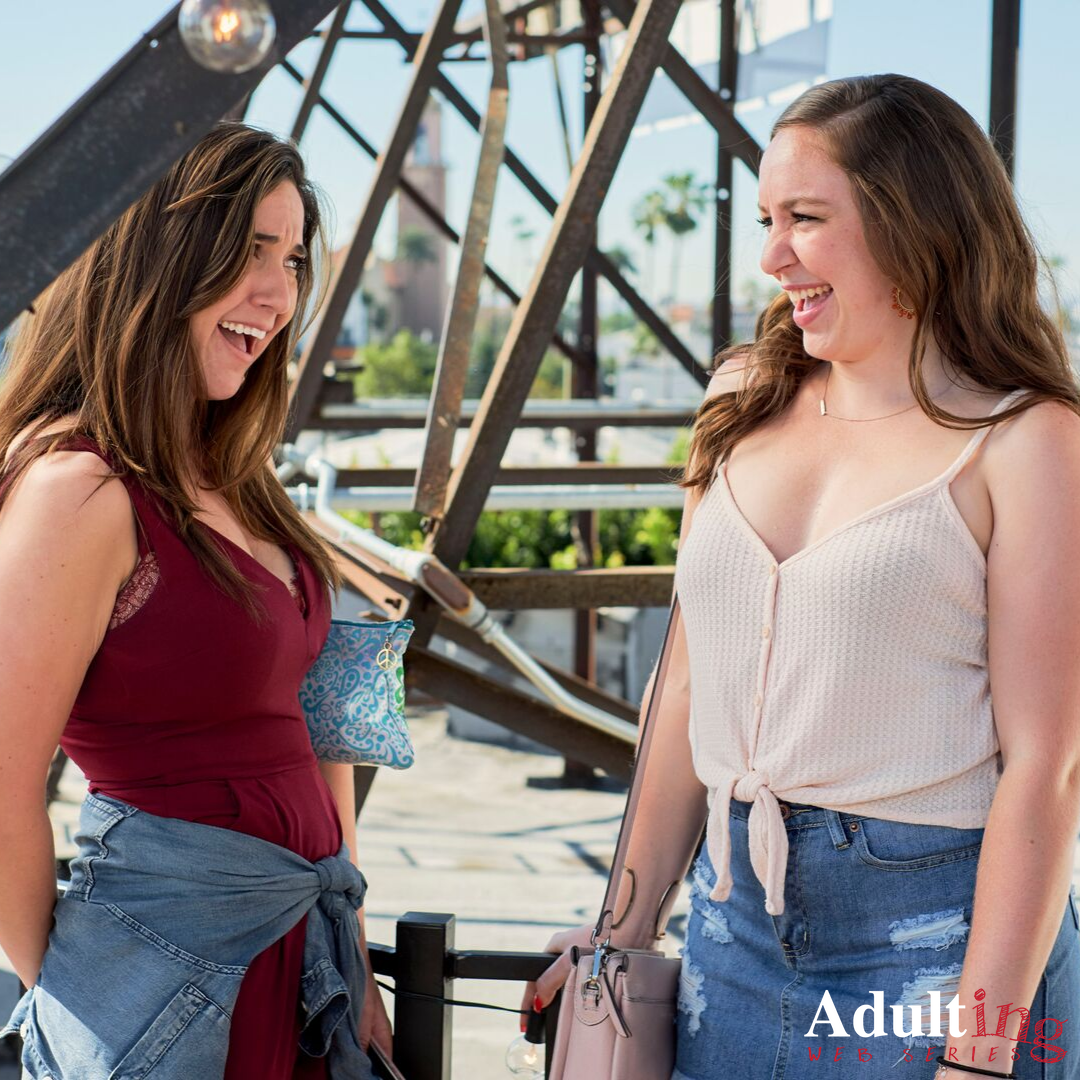 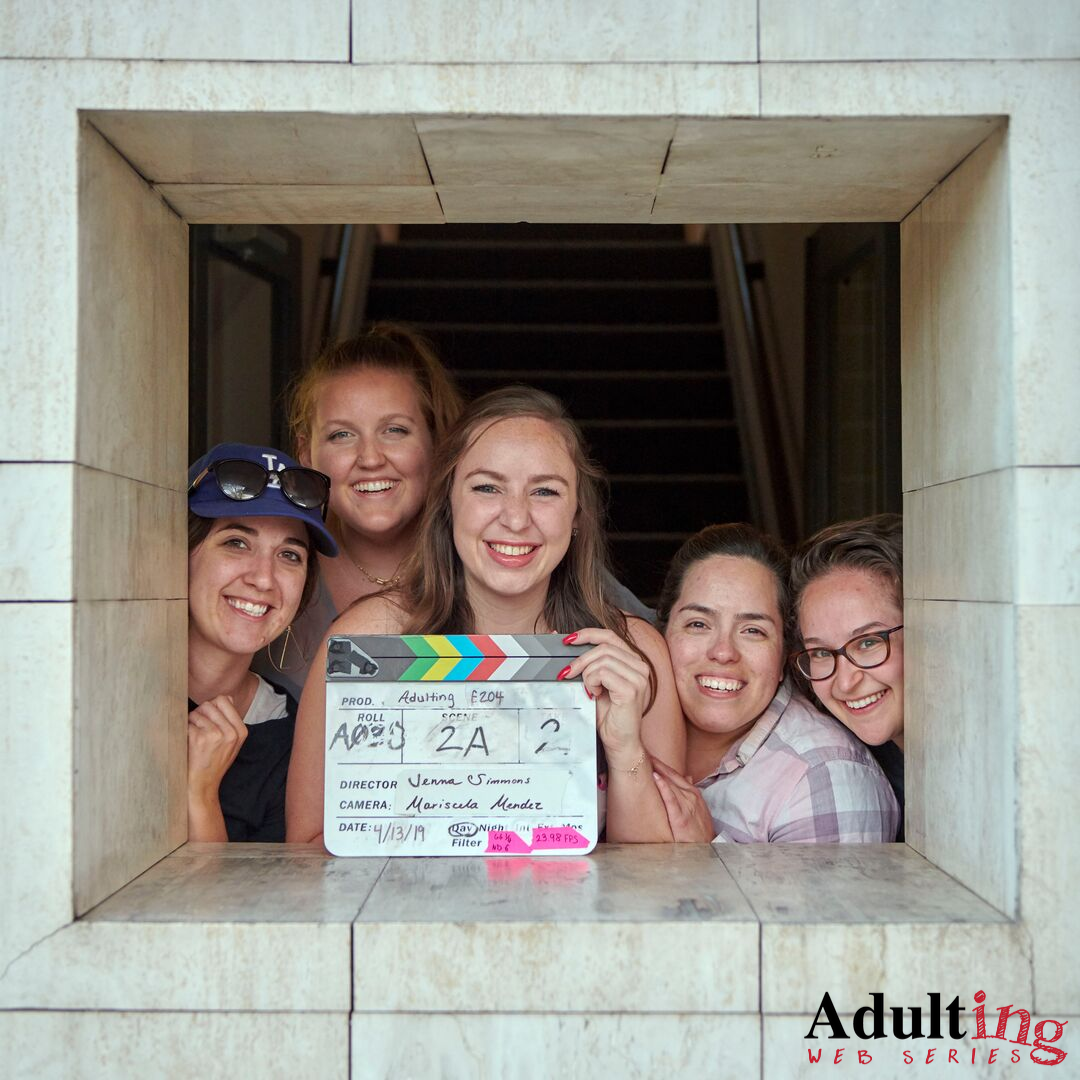 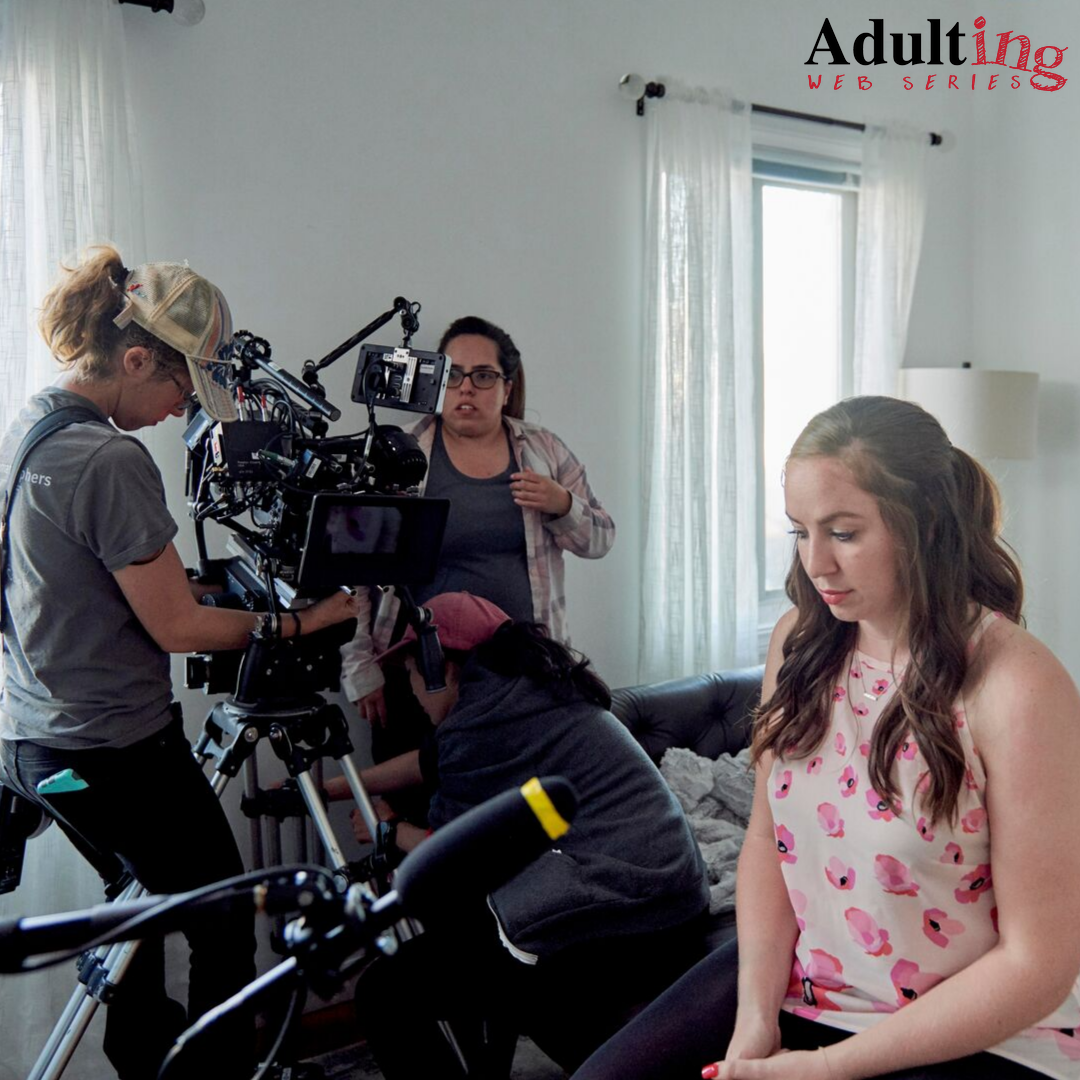 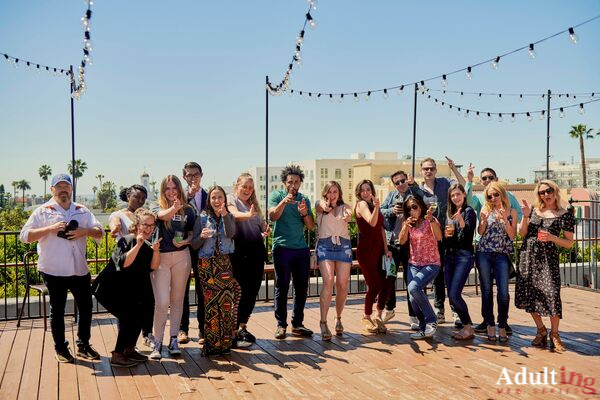 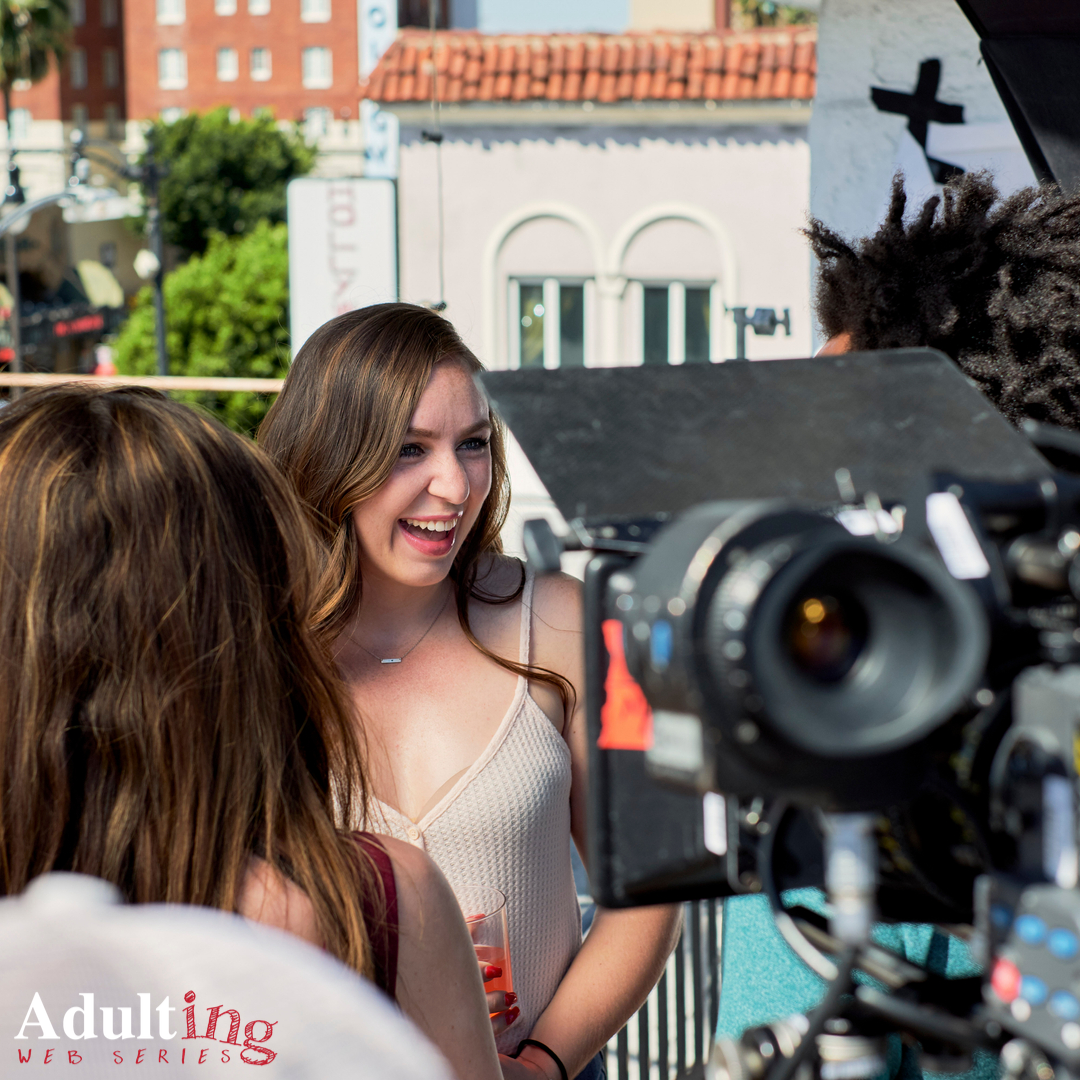