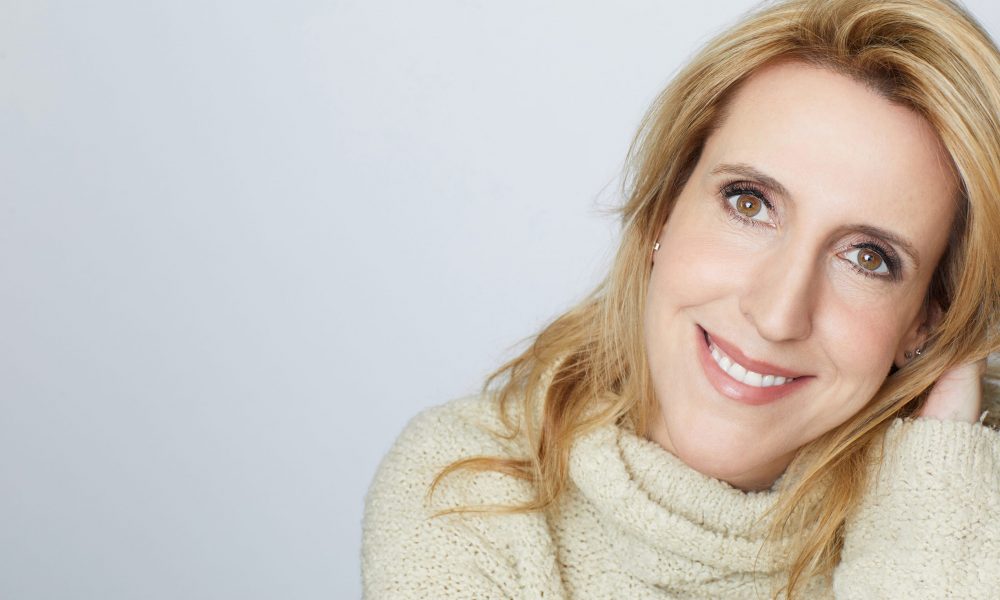 Today we’d like to introduce you to Carolyn Bridget Kennedy.

Thanks for sharing your story with us Carolyn. So, let’s start at the beginning and we can move on from there.
Like a lot of teenagers, I enjoyed my creative side. I was involved in theatre and band when I was in high school. I entertained the notion of studying music in University. But, also like many young adults, I was conflicted about the practical realities of life. I chose a more practical future and I became a paralegal.

I worked as a paralegal for over 20 years. Then, late in that career in 2011, a friend told me that he thought I was funny and he could envision me on TV. He introduced me to a local actor who connected me with an acting workshop. I loved it. I worked as a background actor on a few local projects. I wanted to do more, but there wasn’t a large film industry where I lived in Canada. I realized that I was going to have to create my own roles/projects if I was going to continue.

While I was on holiday one Christmas, I took time to dwell on what I could write, film, and produce by myself, while being painfully aware that I knew next to nothing. I conceived of a character and a concept for a show. I wrote a few episodes and also set up the YouTube channel and website for the project. It was scary, but I just started filming with the bare equipment I had. In February 2012, I released the first of 125 episodes of “The Bridget Linden Show” – a one woman webseries. To date, it has over a million views on YouTube.

Fast forward a number of months and I realized I was hooked. Since then, I haven’t looked back. I have been fully invested in my new career ever since.

Continuing with the need to produce my own roles and projects, and wanting to be more daring, I wrote my first scripted, multi-character, webseries “Danger Pay” – a comedy about a paralegal who works for a bizarre lawyer (write what you know). I gathered together a cast and crew with my nearly non-existent budget and filmed it using every room of my house.

Before we shot a second cluster of “Danger Pay” episodes, I wrote “Super Speed Dates”, my short film about a group of women who go to a speed dating event attended by the mild mannered alter-egos of superheroes. This was a little more of an ambitious production, with cast and crew totaling 28 people crammed into my basement (my budget remained the same). We needed to turn the AC off for filming in order have the best audio possible. With all of those people, things got kind of warm in the basement rather quickly. The sound guy only had to pull his hair out a little because of the nest of hungry baby sparrows that had hatched outside a few days before we filmed.

I submitted both “Danger Pay” and “Super Speed Dates” to a variety of festivals all over the world, where they were rewarded with a total of 34 laurels for both the productions and the performances. With that recognition, I applied for and obtained a visa to work in the US. Initially, I thought this might make it possible for me to just audition for roles in the US. But, my husband suggested that it would be better if I had a base of operations in LA. We had a discussion about what would be the greater sacrifice: going to LA and sacrificing being together day-to-day (he remains in Canada), or being 85 years old one day and wondering “what if”? He didn’t want there to be any regrets.

We packed up my vehicle – absolutely “Jenga-packed” to the roof – and drove over 1,500 miles to LA from Calgary in late February 2018. After a few trips to Costco and Ikea – and wrist-busting assembly of furniture – presto, I’m here. I should add, I have never assembled Ikea furniture before in my life. My husband tried to get everything put together before he returned to Canada. But there were several items that were left unassembled. You know you have a rock-solid marriage when you can successfully assemble Ikea furniture with your husband giving instructions to you over FaceTime from another country.

Once in LA, I submitted for every role suitable to me that I could see. Initially, not having an agent made this more challenging, as many roles are only released to agents. But, with work and persistence I obtained a commercial agent in about six months and a theatrical agent, Theo Caesar at 90210 Talent, after 12 months.

I was hired to do voiceover for a commercial for a national health campaign. I was cast as a lead in two AFI short films “Hop Frog” and “Necromancers”; an AFI Thesis Film “Til Life Do Us Part” from Director Aaron Goldenberg, starring G.W. Bailey (Police Academy); and a USC short film “To Feel A Body”. I was also an Associate Producer for an award-winning short film “Not A Fairytale”. In early 2020, I was cast in the lead role of “Margaret”, the mother in the famed series “Father Knows Best”, for two live performances of a Radio Play produced by SAG-AFTRA at The Autry theater in Los Angeles.

I wrote, produced, and starred in 5 micro-short films, 2 of which I submitted to festivals around the world and garnered 26 laurels. Last Spring I decided I wanted to perform stand-up comedy. I developed my first 5-minute set and have been repeatedly rebooked at Flappers Comedy Club.

Being in LA is an amazing opportunity to learn from the world’s best. I was accepted into the Advanced Class at the storied Beverly Hills Playhouse to study dramatic acting. I enrolled and completed the improv program at Upright Citizens Brigade; enrolled and am completing the Conservatory program at Second City; and I’ve completed the Advanced improv program at The Groundlings, with an invitation to their Writing Lab in the Performance Track.

We’re always bombarded by how great it is to pursue your passion, etc – but we’ve spoken with enough people to know that it’s not always easy. Overall, would you say things have been easy for you?
No road worth traveling is entirely smooth.

On the personal side, my husband still lives in Canada. This is difficult. We live over Facetime. However, during the pandemic I returned to Canada briefly to wait things out as everything in LA “stopped”. Oddly, this meant that our “social isolation” was actually an improvement for us. I was somewhat amused by everyone adjusting to socializing online, while we were already old hands at it – having cooked meals together, watched TV together, and even completed newspaper crossword puzzles together over FaceTime.

Professionally, my challenges are the same ones all actors and creators face. We need to connect with the right people at the right time to solve each other’s problems, like winning an acting role or developing a script.

I should also mention that over 20 years ago, I worked hard to lose 110 pounds. And, I work hard every day since to keep it off.

So, as you know, we’re impressed with Demure Duchess Pictures – tell our readers more, for example what you’re most proud of and what sets you apart from others.
I am an actor and content creator. But, my years of working as a paralegal made me detail-oriented. If you saw my scripts after rehearsing, you would see endless notations in the margins and a variety of colored highlighters used. I am a compulsive note taker. I like to think of it as being thorough. Some might wonder if I have OCD (in a harmless way, I hope).

So long as I don’t pronounce words in a Canadian way, people have told me that they just thought I was a “nice” American. I possess that stereotypical charm of a Canadian – I will apologize without having done anything wrong (sorry about that).

I am easily cast as the salt of the earth character, like the nice neighbor, friend, or mom. But, also, the elite pitbull lawyer, judge, detective, or doctor. With my dramatic and comedic training, I’ve been cast as everything from a shy eccentric lady who has pet rats to a paranoid neurotic kombucha drinking wife to a necromancer-hunting civil war sergeant.

I really enjoy creating characters and making bold/specific choices, whether as a writer or an actor. As a writer, I tend to gravitate toward comedy. I am an improv maven. I love it. In addition to writing for TV and film, I love writing sketch scripts. As an actor, I have been paid the ultimate compliment that I am very re-directable. I take pride in this, as it means that I am flexible as an actor and can deliver something different each time. I have found that in addition to dramatic training, improv training improves important elements in all acting – active listening and being totally “present in the moment”.

I have garnered a substantial following on social media to my verified profiles on Twitter (77K+) and Instagram (almost 10K+) – this is something that can be desirable and sought out these days when casting, especially for independent filmmakers who are seeking to attract an audience to their project. I have been featured in over 75 interviews around the globe and that exposure can be helpful to attract eyes to filmmakers’ projects when casting me.

So, what’s next? Any big plans?
I have several projects that are at various stages of development.

My husband and I co-wrote a pilot for a half-hour comedy series about a Type A OCD female lawyer who has to adapt after a life-changing accident.

I am the head writer for another comedy series in development about people in the food services industry in one of Canada’s largest western cities.

I am also on the writing team for another new comedy series. It is a modern twist on the fish-out-of-water story, with collisions of cultures and personalities – with varying degrees of “culture” one might say (a cheese joke) – set in a rural Southern town.

I love sketch comedy. I continue to write sketches out of my passion for character work. I write what amuses me, because I know if I find it funny it might tickle other people’s funny bones too. To me, that’s the best and most rewarding way to write. I am always coming up with ideas for new characters and enjoy putting them in interesting situations.

I continue to audition for other projects (television shows, feature films, new media projects, voiceover work, and commercials) both in Los Angeles and in Canada. 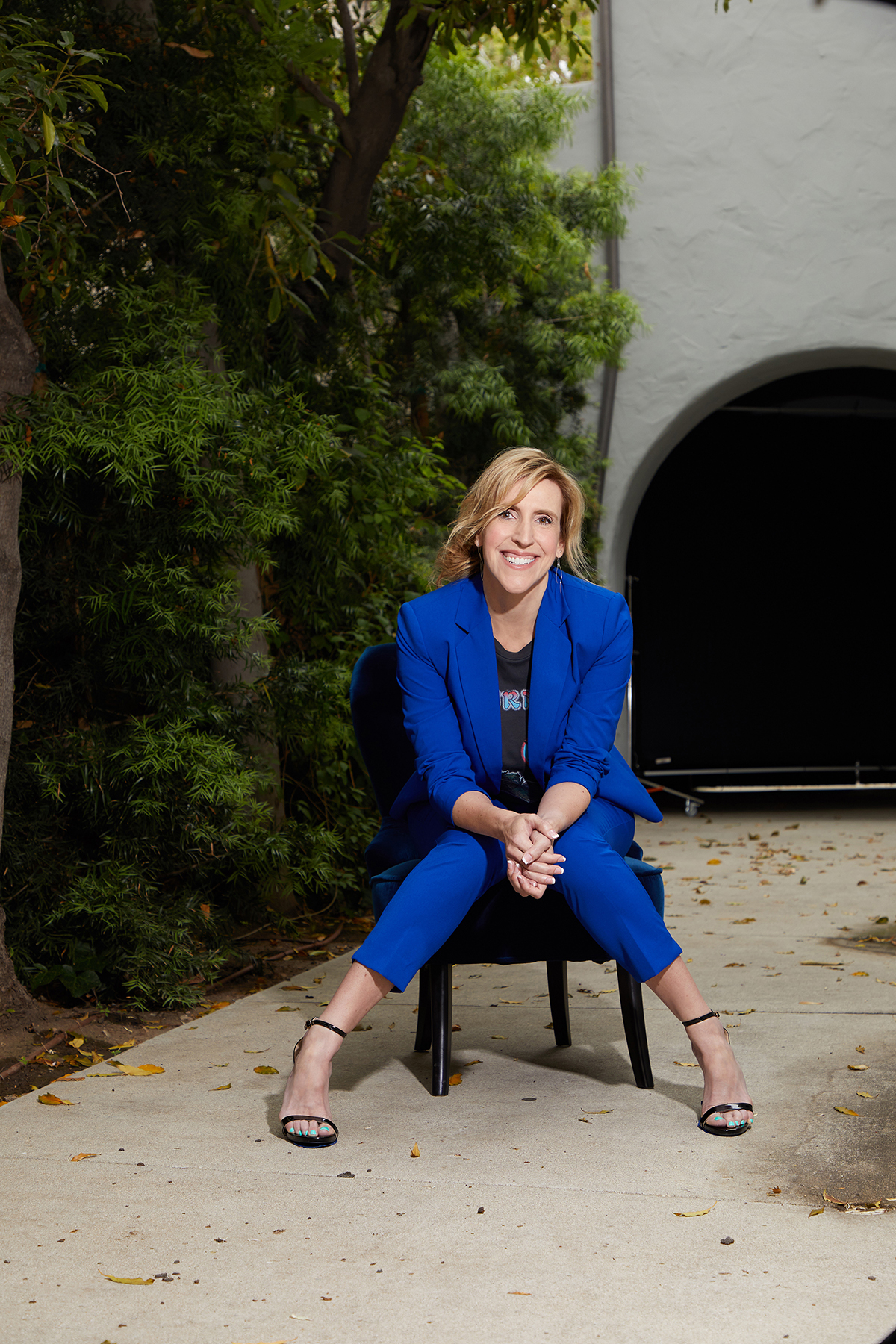 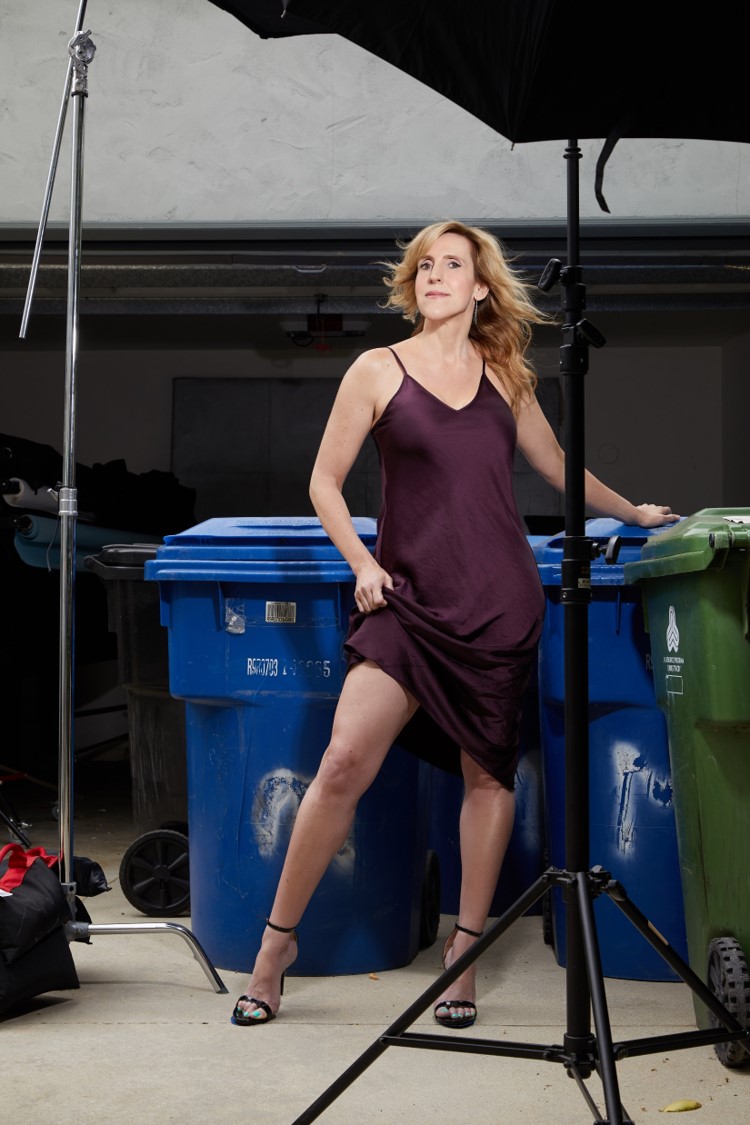 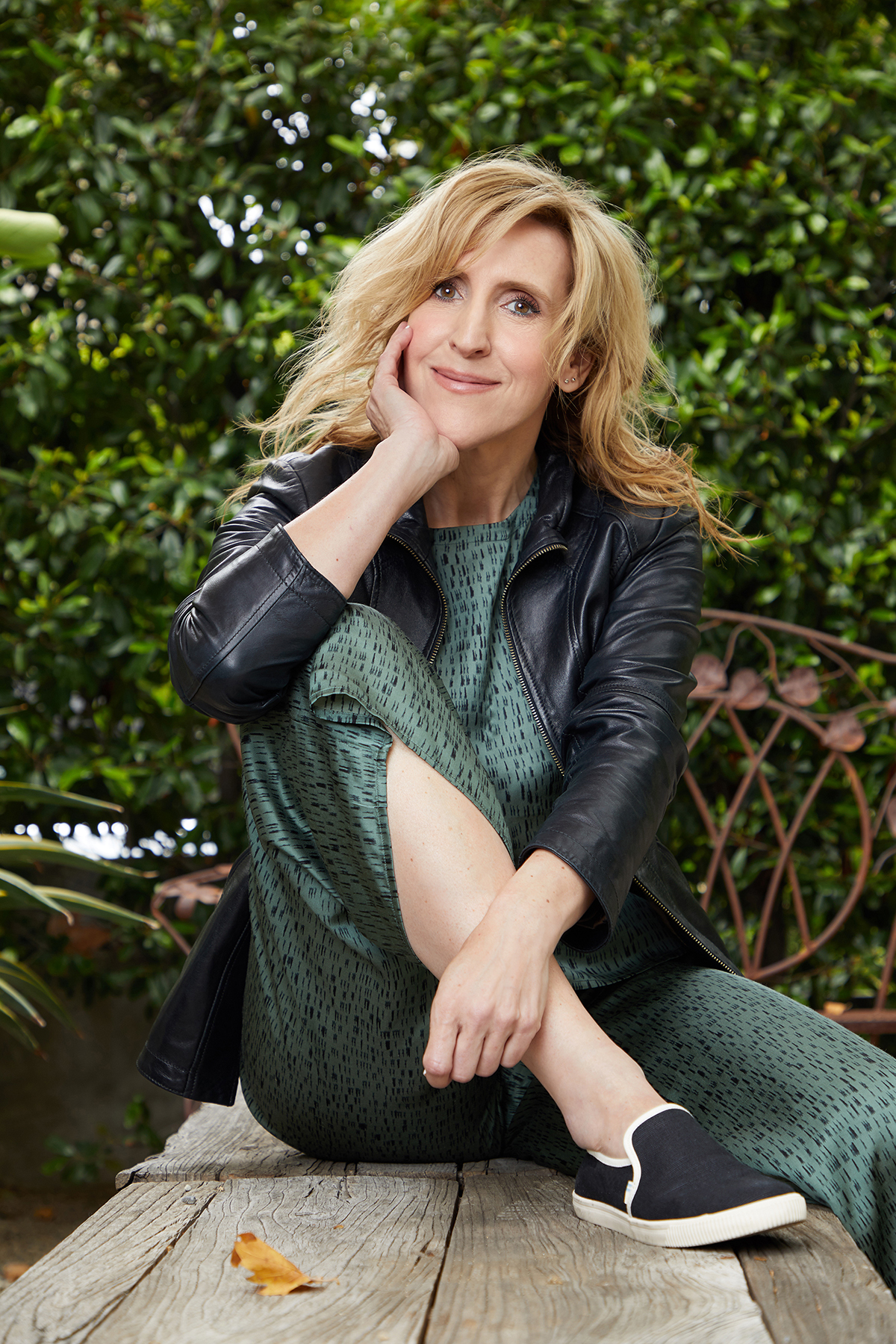 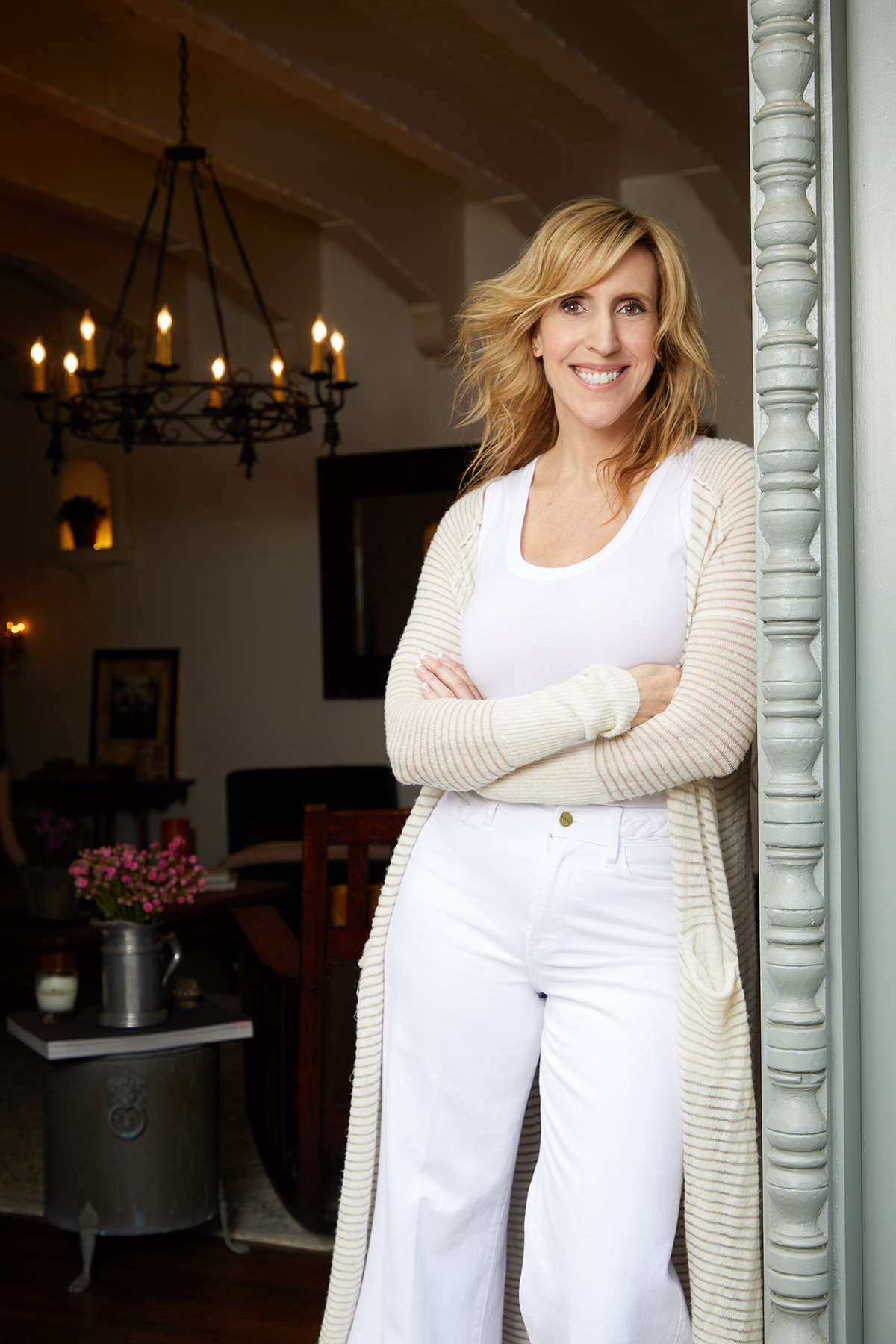 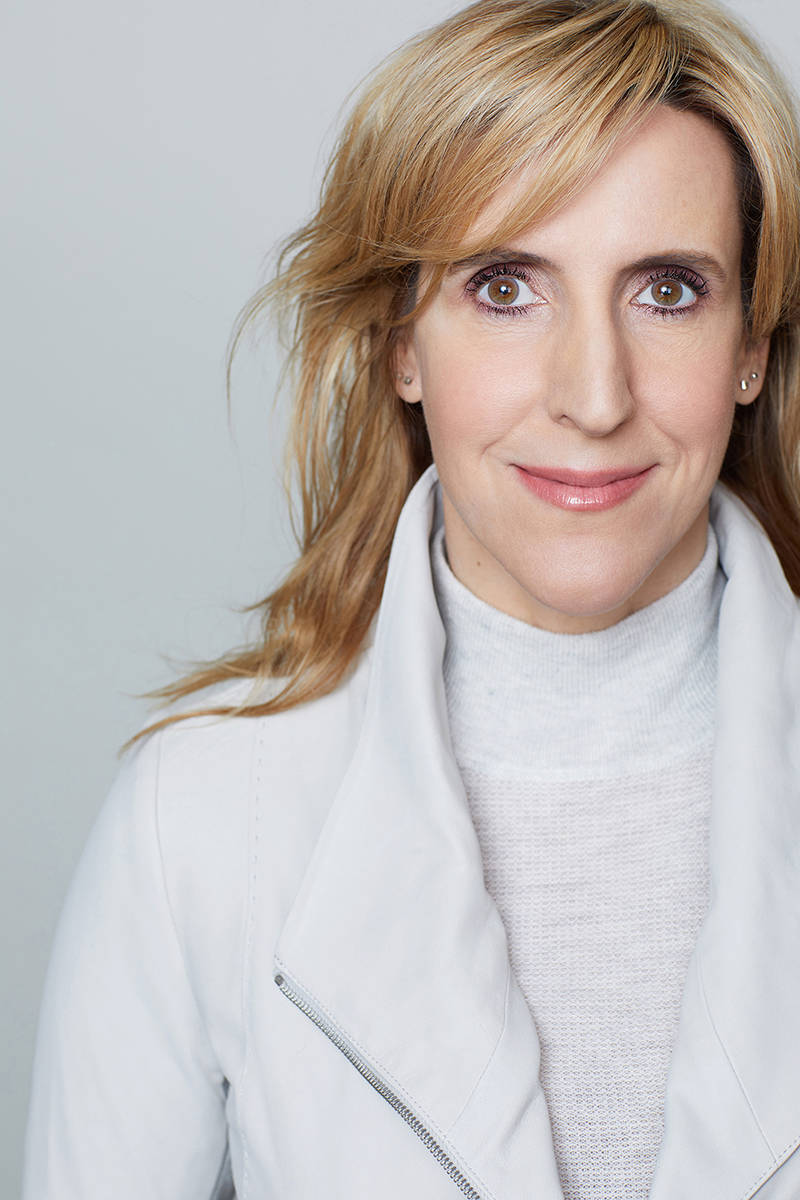 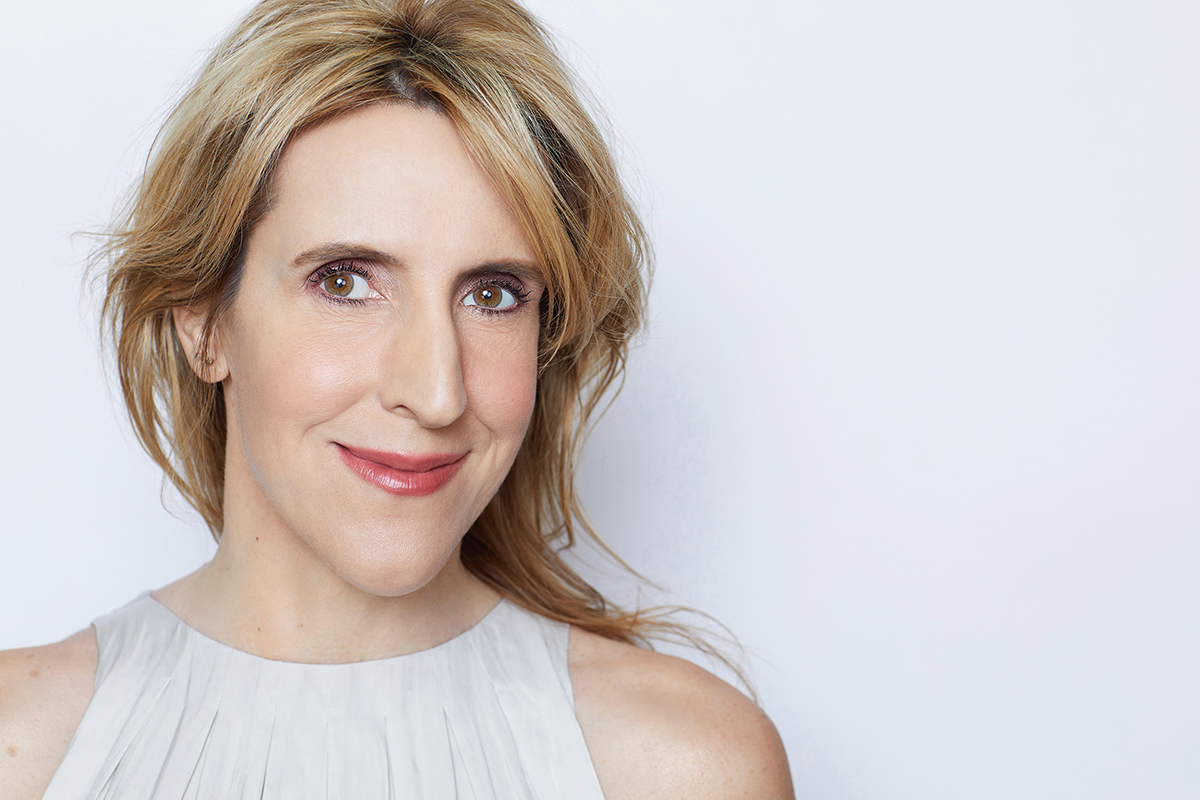 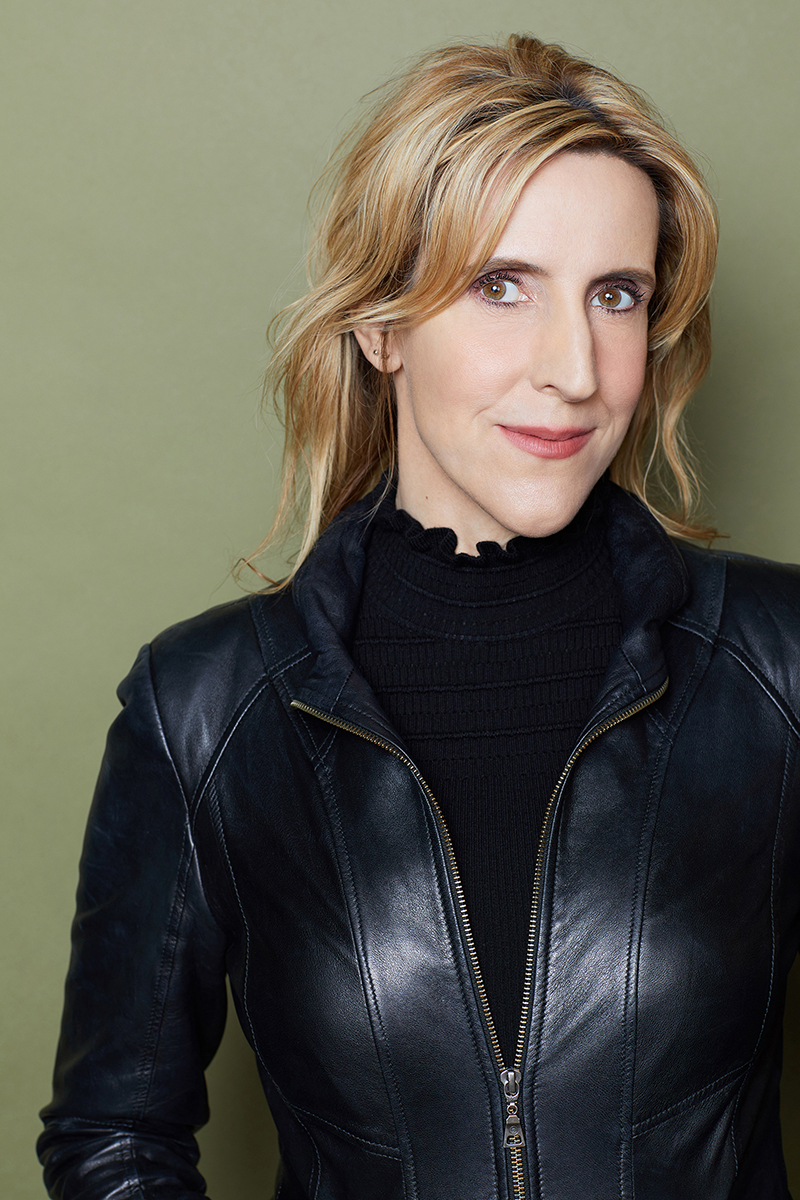