Meet Caroline Ullman of “We’re Not Friends” in North Hollywood 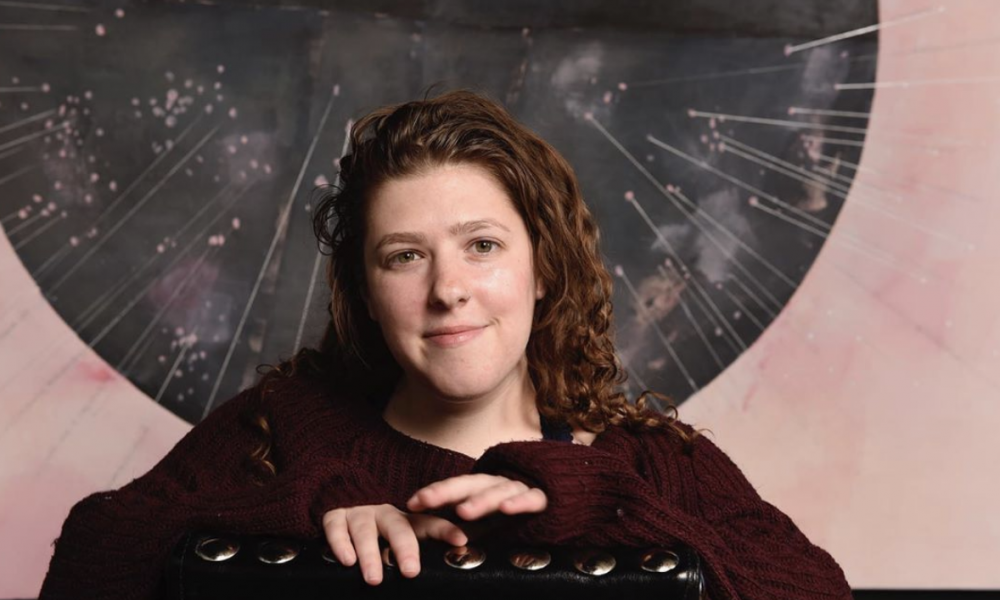 Today we’d like to introduce you to Caroline Ullman.

Caroline, please share your story with us. How did you get to where you are today?
I was definitely your typical theater kid — I spent my childhood playing various ensemble members in Oliver, Beauty & the Beast, Annie Get Your Gun and the like. It was always where I felt at home; I remember my parents signing me up for soccer only to last two practices before giving up because my “legs were tired”. Community theater got me through elementary and middle school, where I drove 1-2 hours to the Chicago suburbs three times a week for rehearsals, and even more frequently when it came time for the show. I continued throughout high school, joining the tech crew freshman year and staying all four years, getting experience both on stage and in the wings. My senior year of high school, I received the opportunity to Assistant Direct. The prospect terrified me; I was curious to see what it was like on the other side.

In 2012, I arrived at Emerson College as a freshman pursuing a BFA in Acting. Half a year in, I realized that I wanted to learn more facets of theater, and switched to a BA in Theater Studies to broaden my curriculum. I spent the next four years in classes like scene study and movement, but also theater education, improv and playwriting. There were directing classes offered at Emerson, but I was too intimidated to take them — directing meant I’d be in charge, and I wasn’t sure if I could handle that. I’ve always loved creative writing, though, so I jumped at the chance to take a playwriting course. It was one of my most memorable classes, and even though I knew my play would need serious work, I was proud of the first draft I created.

My senior year, I applied to Emerson’s Los Angeles program on a whim. I hadn’t studied abroad, and I was aching to spend some time in a new city. I planned on moving to New York upon graduating because that’s what acting majors did…although as I spent more time on stage throughout my junior and senior year, I began feeling more and more out of place on stage. I assistant directed a few shows, still afraid to helm the “director” title, but I gained confidence each time.

As it turned out, I loved LA. I stayed here after graduation and immersed myself into the film and TV culture that didn’t exist in my theater bubble back in Boston. Everyone I met was making something, usually for the screen instead of the stage, and I wanted to figure out how to be a part of this world I knew nothing about.

After taking a year to just figure out how to live as an adult, I auditioned for a play as part of the Hollywood Fringe Festival. That is where I met Shefali Vasudevan (now my roommate), who a few months later asked me to direct an episode of her web series, “The Female Gaze”. I said yes, in large part because I didn’t think she’d follow up, I was way too nervous to take that on — but she did, and that experience has completely changed my trajectory. Although directing the season finale of season one of The Female Gaze was somewhat overwhelming, as soon as it was over I knew I had to do it again. Within the next year, I wrote, produced & directed my own five episode web series “Freshly F*cked”, a comedy based on a few of my (terrible) LA dating app experiences.

Then, around the same time, we wrapped Freshly, my friend Allie Wittner wrote a play that got into the 2019 SheLA Arts Festival, and asked me to direct it. I was starting to find my footing as a director, and I was even more excited to get back to my theater roots. We rehearsed for a month and premiered in August last year. Not only did I gain more confidence and love for directing, but I had a blast working with the SheLA team — I made a note to work with them again if I could.

In October, I noticed SheLA Arts was taking play submissions for their 2020 festival. I didn’t have anything to submit and was about to embark on writing a new play when I remembered my playwriting course at Emerson College. I revisited my play; it needed heavy rewrites but I still loved the premise. I reworked and rewrote, and submitted it a month later.

Next up for me is Season 2 of “Freshly F*cked”, which I’m currently writing with my writing partner Lucy Deller, and directing my friends Abbey May and Nicole Ledoux’s web series “Groovy Tuesdays”, which is a queer musical comedy.

Overall, has it been relatively smooth? If not, what were some of the struggles along the way?
My biggest hurdle was one of my own making: accepting that what I really wanted to be doing was writing and directing. Acting was my comfort zone for so long; I was terrified to try something new and risk failure. Looking back, I’m so grateful to Shefali for allowing me to jump into directing “The Female Gaze” without any experience, trusting that I’d do a good job and therefore allowing me to trust myself.

It was through that I knew I needed to surround myself with collaborators and creators whom I trust. If the environment is positive and uplifting, we’re all set to go. This is something I know I’ll continue to prioritize on my own sets, in my own theater productions, and seek in any project I am a part of.

Of course — I’m still new at this! I’ve only been doing it a little over a year and I have so much to explore. Now that I know what direction to go in, I can’t wait to learn from my peers and mentors.

“We’re Not Friends” – what should we know? What do you do best? What sets you apart from the competition?
“We’re Not Friends” is a play about three sisters navigating their relationships with one another. As someone who is best friends with both of my sisters, naturally I wrote a play about sisters who barely talk to each other. Alex, Julia and Eva haven’t been together in over two years.

I thought it would be fun to take these sisters who are essentially stuck in their childhood relationships with one another and put them back in their childhood home. My favorite parts to write were those conversations you only have with your siblings; how you can go from screaming one moment to deciding what movie to watch the next (I’ll admit, I was usually the one screaming. I’m a middle child, if it wasn’t already obvious).

I’m so excited to share this play as part of the 2020 SheLA Digital Festival. We premiere via livestream on Wednesday, July 15th at 7pm PST.

What is “success” or “successful” for you?
Oh boy. Let me go make a drink and come back to this one!

As I’m sure many of us can relate to, success was defined to me at a young age by how much money you make. Thankfully that narrative wasn’t the one my parents told; they always pushed us to do what makes us happy (aka encouraging me to major in acting).

Success to me will be earning a living telling stories that only I can tell, helping others tell stories only they can tell, and perhaps most importantly, have all of these stories be ones that have yet to be told. I want to work with people who I respect, who are kind, inclusive, and inspiring. 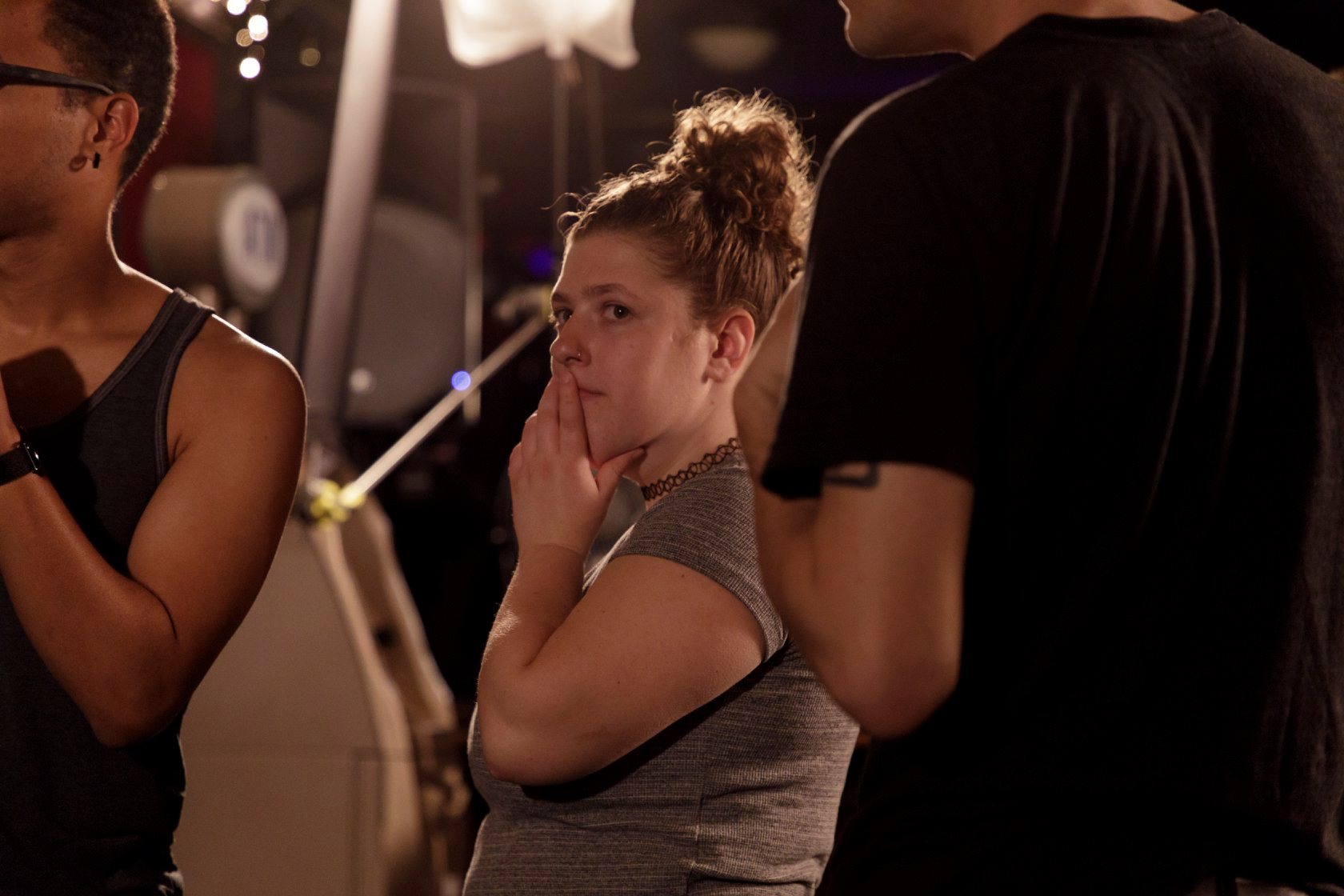 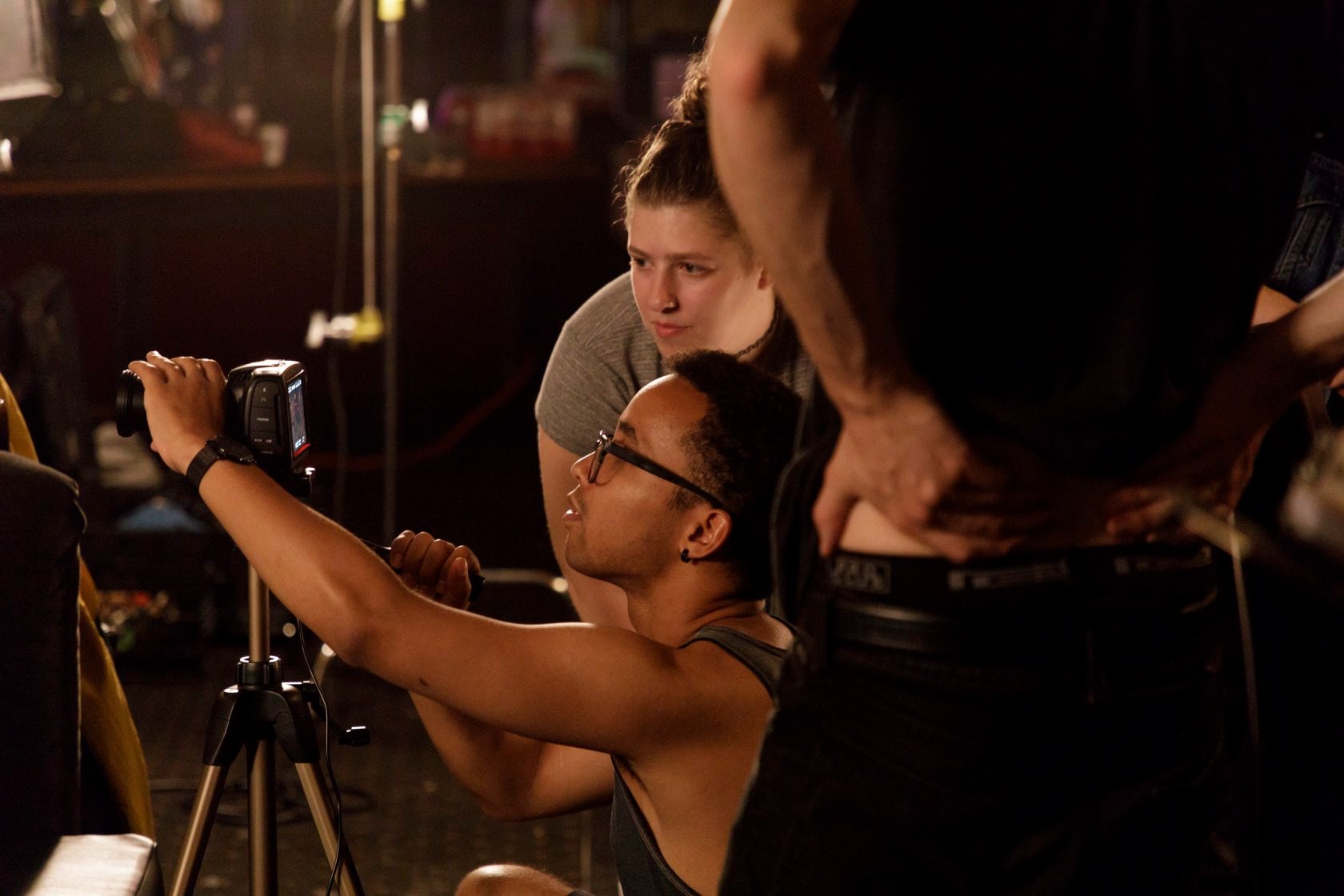 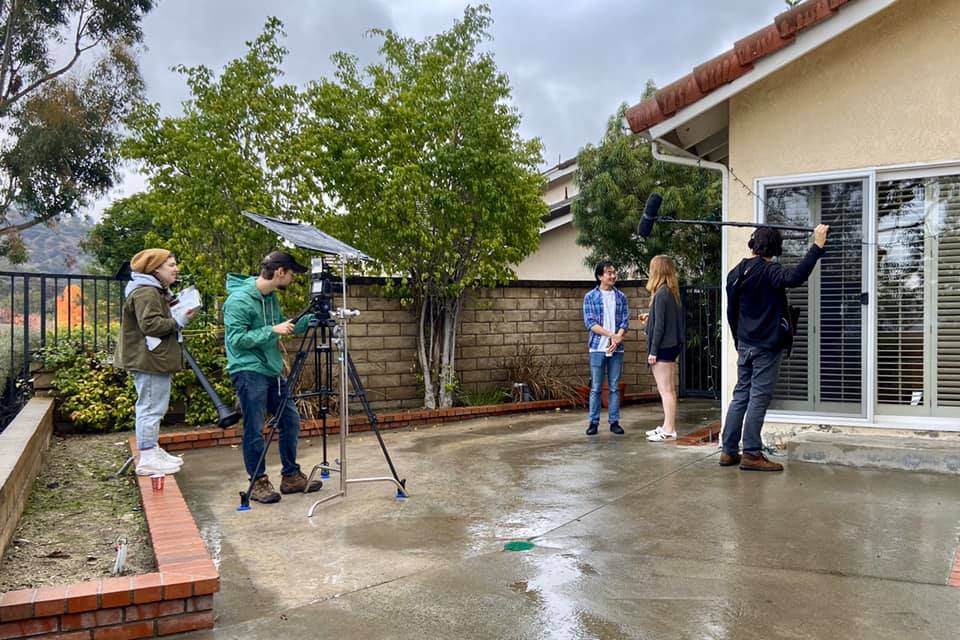 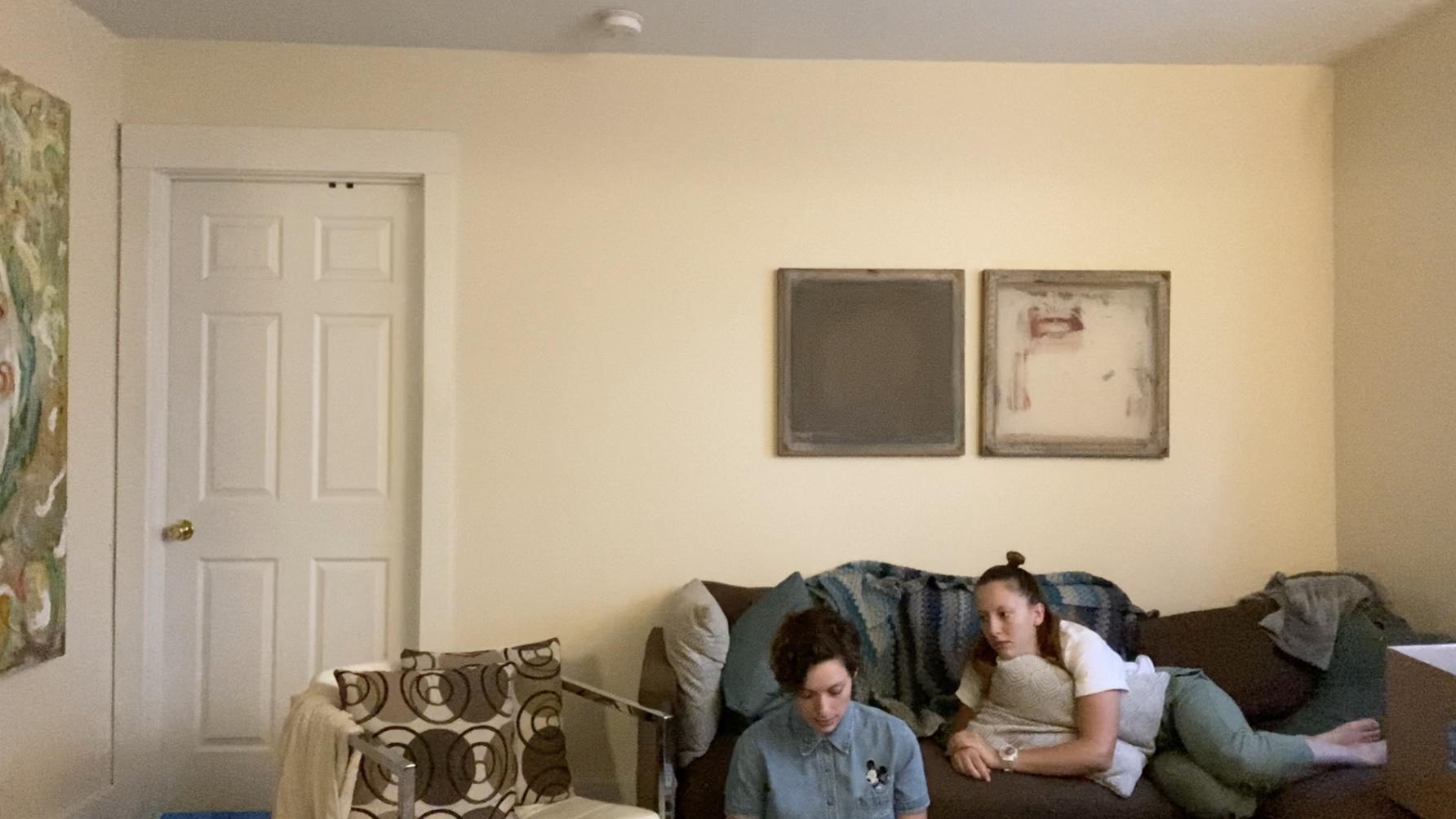 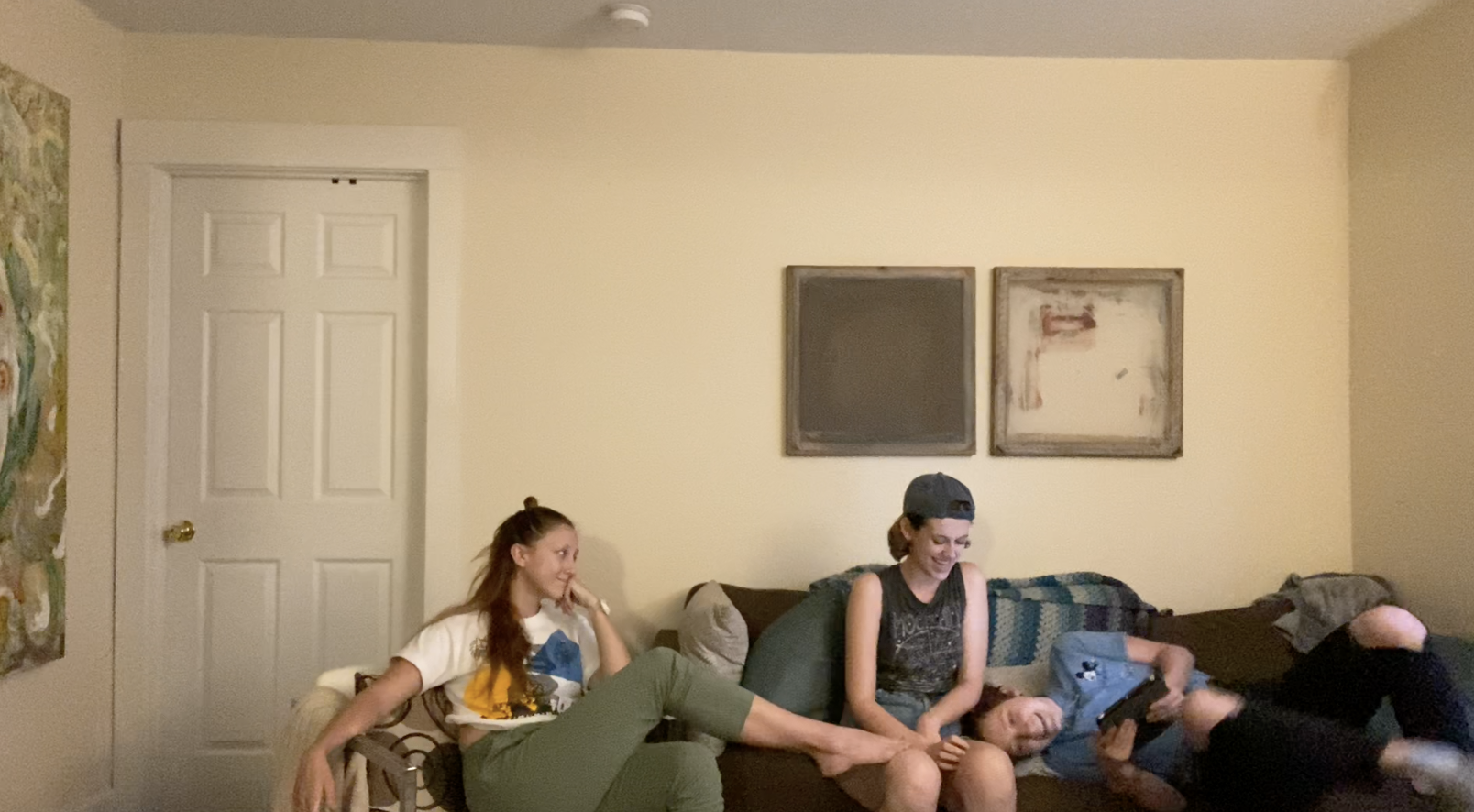