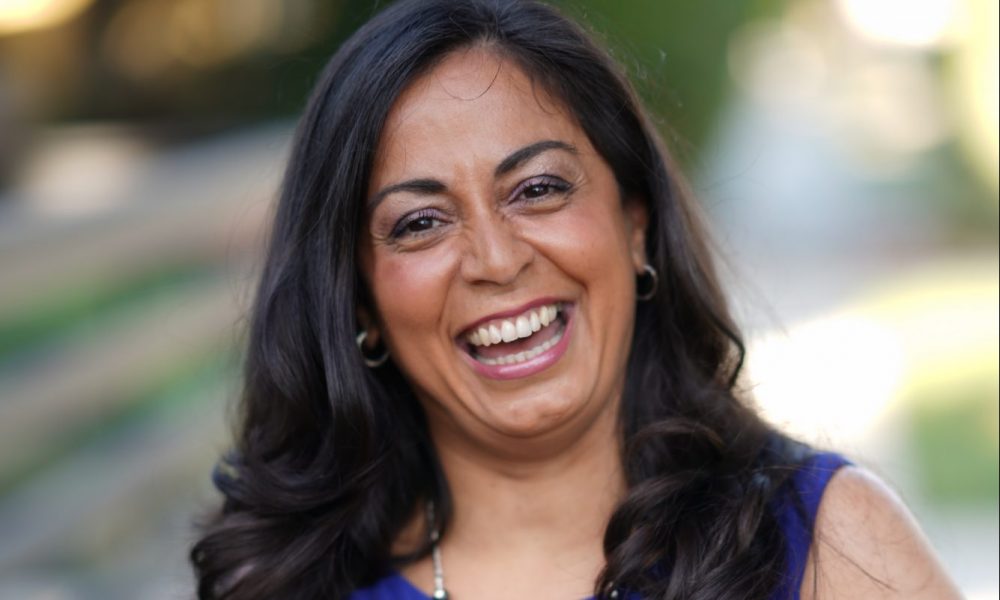 Today we’d like to introduce you to Carolina Caro.

Carolina, please share your story with us. How did you get to where you are today?
My story begins in Montreal, Canada where I was following the path that everyone wanted for me so that I could be “successful.” I was supposed to be a doctor, but when that didn’t happen, I became a research scientist studying advances in HIV/AIDS. I was later recruited by the pharmaceutical industry where I worked in various capacities. I went through a major life transition in my early thirties where I started to question everything. On the surface I had it all, a high paying job, the expense account, the fancy car, the home, I traveled the world. So why didn’t I feel fulfilled? I started taking acting classes which introduced me to the concept of “being present in the moment” which was completely foreign for someone like me who thought the faster I’m spinning on the hamster wheel, the better. When I finally started to slow down, reflect and get more grounded in my body I realized I had not been living the life that I was meant to. Since acting had been the vehicle that brought me this inspiration, I decided to pursue that on a full-time basis and move from Montreal to New York.

People thought I was crazy. It’s not every day that you leave a high paying corporate job to study acting. But that journey is where I began to really get in touch with who I was and what I wanted. My acting teachers talked about mindfulness, reading other people’s energy and the idea of “being” rather than “doing”. All of these concepts which were about getting out of my head and out of my own way were ideas that were unfamiliar but exhilarating. Eventually, acting led me to study coaching where I was able to bring together my background in science, business and the arts. That all culminated in what I do now as a speaker, leadership coach, trainer and facilitator. I focus on helping individuals and organizations be more mindful.

Great, so let’s dig a little deeper into the story – has it been an easy path overall and if not, what were the challenges you’ve had to overcome?
It has been far from smooth and at the same time, there have been so many moments of complete serendipity. The moments that were challenging were the ones where I had to forge my own path and stop being influenced by other people’s opinions or definitions of what success looked like. Collectively, we have been ingrained with a concept of success that values money, status and accolades. Even volunteer efforts and philanthropy can sometimes be an extension of that. We have been programmed to look out for our needs as individuals rather than the collective good, which is why we have an economy that favors the few, a politically divided landscape, an environmental crisis and so on. And yet when you try to leave the path that everyone follows for the road less traveled, you are ostracized at times. Everyone encourages you to come back to the fold. It was also challenging to slow down because so much of our self-worth is tied into what we do and how much we do.

Being a workaholic and being busy is still applauded. I think that’s changing with the influence of some of the younger generations that value work/life balance. The other challenge was my relationship to money and how that was driving my decisions rather than what I was truly being pulled to do. I was allowing my fear to sabotage me from pursuing a career that I was passionate about. There have been so many lessons that I think many people can resonate with and this is what hits home with others in my coaching practice. I can empathize with those who are struggling to find their path and trying to figure out who they are going to be when they grow up. Sometimes that’s people just starting out in their careers and other times it’s people who are in their sixties who have been waiting for retirement to give themselves permission to live a more authentic life. I want to change that so in this new world we’re creating, we can all feel more comfortable aligning with who we truly are rather than allowing others to dictate that to us. We’re starting to learn that as we embrace diversity in all its forms, we collectively raise our consciousness.

Carolina Caro – what should we know? What do you guys do best? What sets you apart from the competition?
I am a certified leadership coach, professional speaker, facilitator and trainer. I specialize in mindfulness-based practices rooted in neuroscience, which enhances awareness so that leaders can uncover their blind spots and consciously develop behaviors that cultivate their leadership potential. I partner with organizations to empower their leaders to master their minds so that their minds don’t master them! The idea is to help support this transition where we are moving away from a ME-centric approach to a more WE-centric approach both personally and professionally.

As such, organizations need to have the skills to operate as high performing teams which is more than their bottom line or if they hit all their KPIs. It’s about learning how to communicate effectively, how to manage conflict productively, how to have difficult conversations, how to give and receive feedback, how to manage diversity in all its forms to leverage everyone’s strengths. This all might sound simple in theory but in practice it can be challenging to rally around a shared purpose to have everyone rowing in the same direction. How can we develop people to care about each other and trust one another and feel safe around one another so that we can have a culture and an environment that fosters the best in its people. That’s what I’m passionate about because I’ve been on the other side where you do your work for a paycheck but you’re not engaged because on some level you feel like what you’re doing doesn’t matter. But when we can bring everyone’s gifts to the table and co-create a vision where we all contribute to something greater than ourselves, that’s both priceless and powerful.

What moment in your career do you look back most fondly on?
My proudest moment so far is when I decided to leave the career that I had built after so many years of school and graduate studies to pursue something that was more aligned with who I was. I wanted to give myself the opportunity to serve others and leave a lasting legacy. I’m proud because I went against everything that society tells you that you are supposed to do and I stayed on that path even when it got really hard. Even my parents at first couldn’t understand what exactly prompted my drastic move. I’m the daughter of Spanish and Indian immigrants who originated in Morocco then went to Venezuela and later Canada so that my brother and I could have a better life. I had always wanted to do everything right to make them proud but more importantly to ensure that none of their sacrifices were in vain. I was the first one on both sides of my family to graduate from University then I went on to graduate school to get two masters degrees. You can say I was an overachiever. But all of that was to honor my parents. So, when I decided to leave all of that behind in pursuit of something new, when I had no idea what that would look like or where that was going to take me, it was scary. And you don’t always have the support. But that only helped me to grow stronger in my convictions and today, it helps me to support others who are facing similar hurdles as they grow into their own. 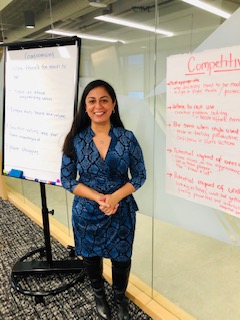 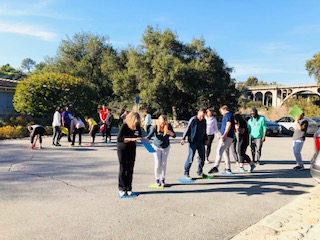 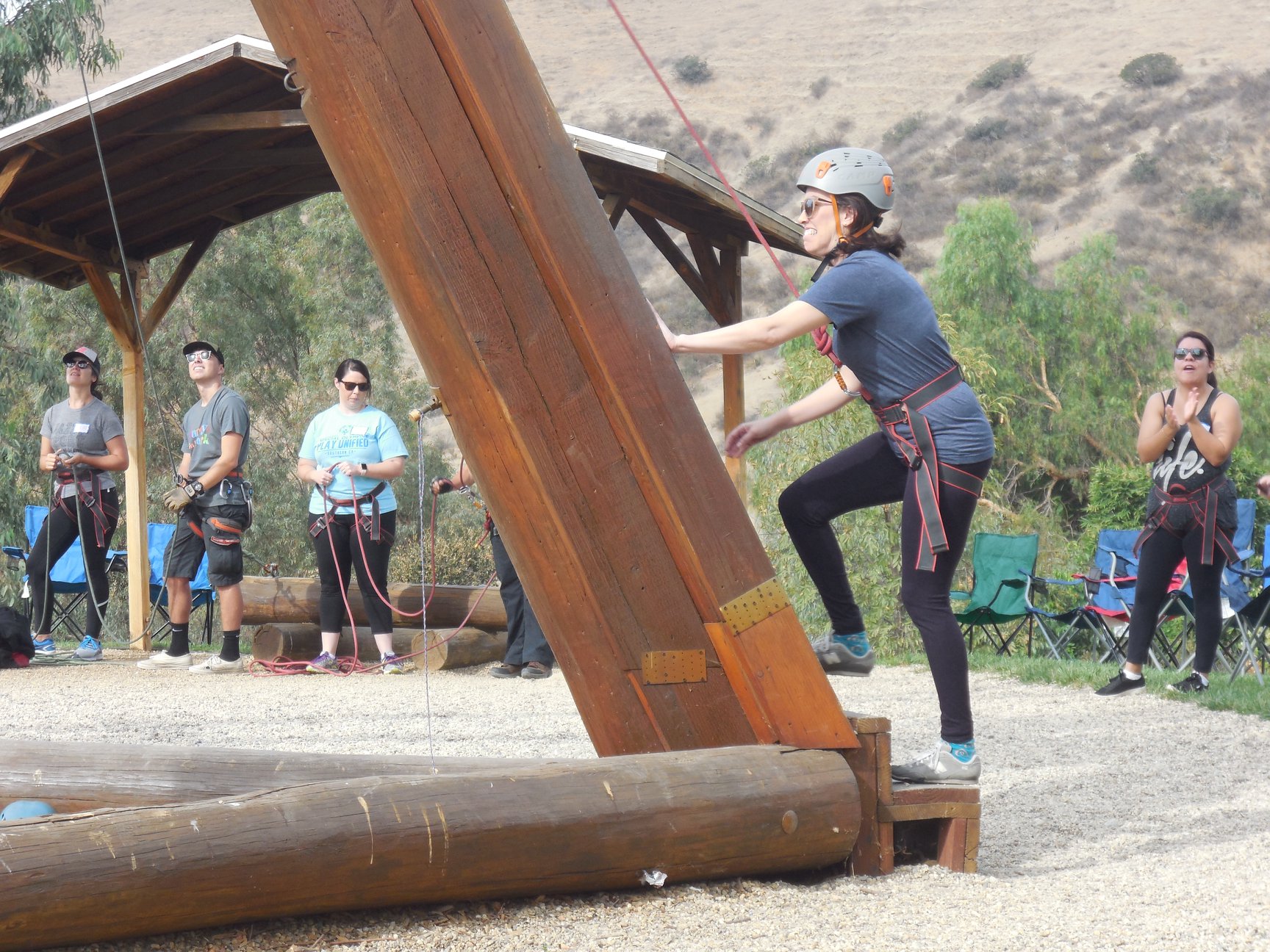 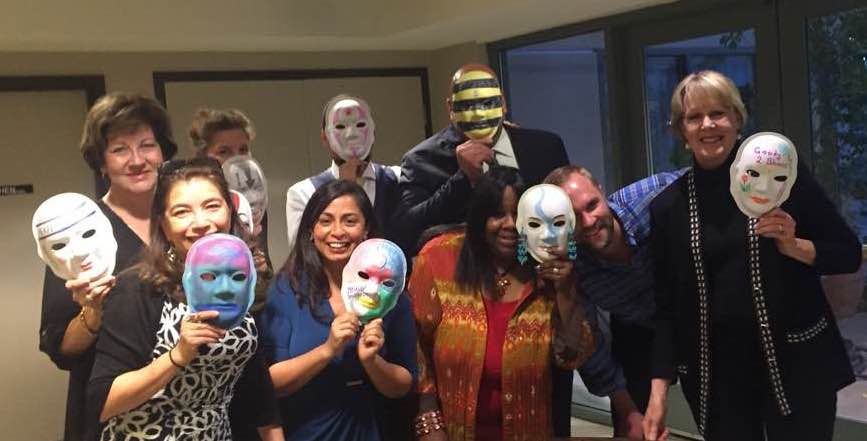 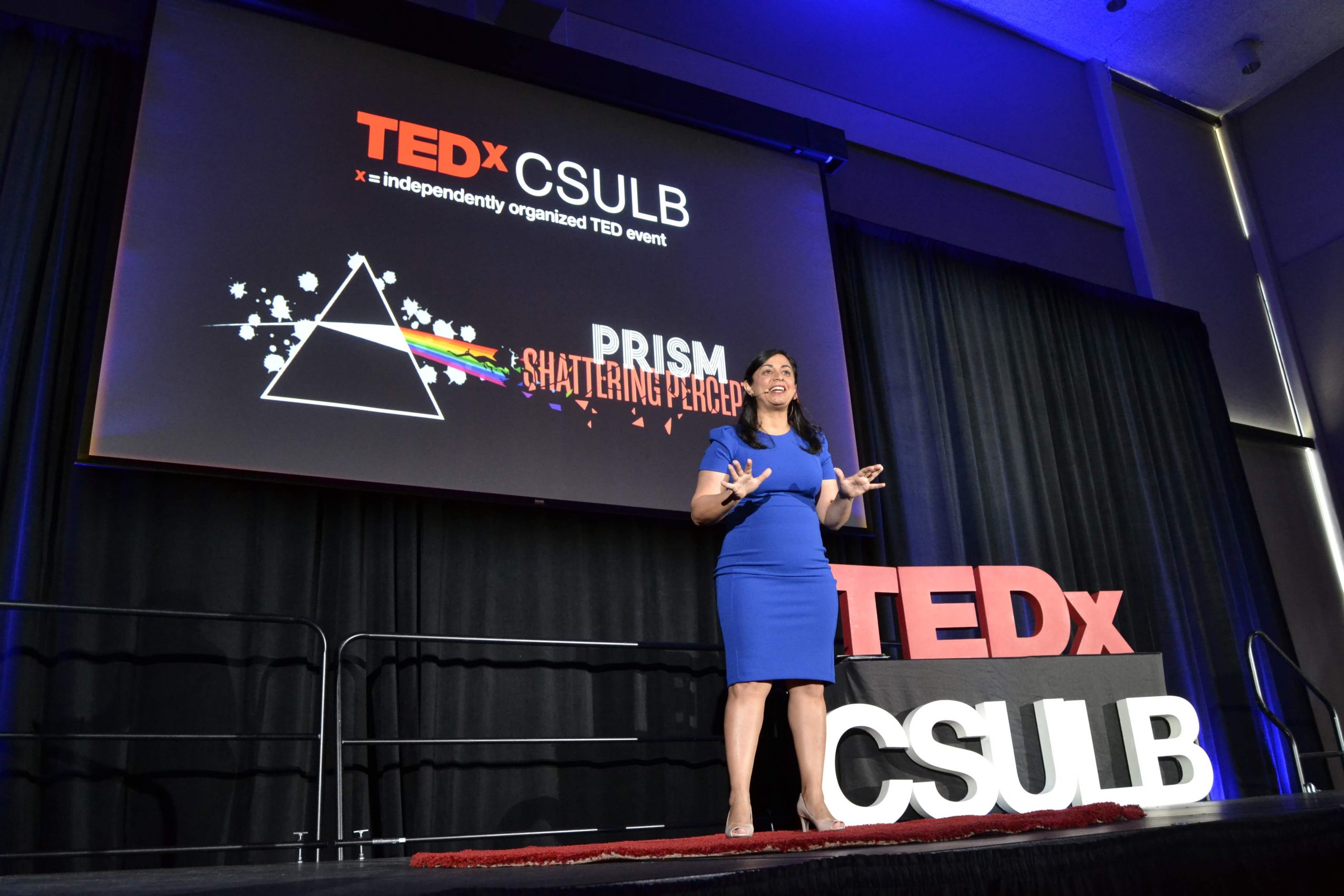