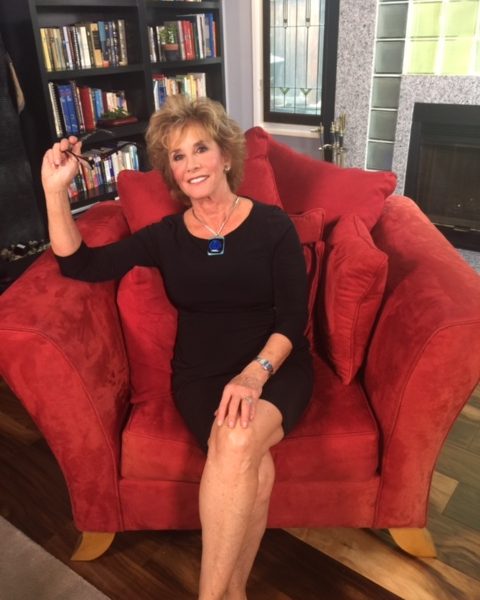 Today we’d like to introduce you to Carol Soloway.

Dr. Soloway, a chiropractor and Qualified Medical Evaluator, is the author of the Amazon number 1 best-selling novel, SEX HAPPENS. She has gone from ruin to riches, both professionally and personally. After losing everything we as women hold dear—husband, children, self-worth—she overcame harrowing obstacles and built a seven-figure chiropractic practice. If you’ve ever doubted yourself, wondered whether you could make it, or thought you weren’t worthy of success, you must hear her story.

We’re always bombarded by how great it is to pursue your passion, etc – but we’ve spoken with enough people to know that it’s not always easy. Overall, would you say things have been easy for you?
After the birth of my third son, I decided I wanted to leave teaching and find another career, one that would allow me to design my schedule around my children’s. I decided on physical therapy. I took the prerequisite science courses at night and–. Well, and this could never happen today, but I got into Columbia—which is the premier school for PT and then at my NYU interview, the interviewer told me with three children—oh yes—we had another one—with three I couldn’t’ be serious about a career.

In the middle of my course, my husband got a fabulous offer to join a gynecological practice in California. So, we left everyone we knew in NY and moved. A year later, while I was so busy with child care for the children while I went to chiropractic college and completing my degree, my former husband announced he wasn’t happy. You know they always say, “It’s not you.” But I knew it was. I knew I wasn’t pretty enough, sexy enough. I wasn’t enough. I’d thought marriage was easy—all I had to do was a cook like Julia Childs, have the patience of mother Teresa with our three sons, and be a sex goddess at night—Easy, but I failed!

My former husband offered me the house which was almost upside down, my car—a Datsun maxima and a high amount of money for each child. Well, it seemed great. I couldn’t afford an attorney—I had nothing in my name—except a 10,000 student loan. That was all mine. But, if my children were taken care of–that was all I cared about.

At 11:15 pm, I sat in the big white chair in the family room and thought the world really isn’t waiting for me. There’s no reason to live when all my hopes and dreams died. Then some inner strength/somehow I remembered I’m something very special, something no one else in the world is—I’m the mother to my three children and no matter what the circumstances of our living arrangement, I’m going to make it for them. We are all special—we’re someone’s wife, mother, daughter. Are you a fabulous mother, wife, daughter? Whatever it is, embrace it.

Les Brown says, “You have greatness in you.” I had to let go of the past and move on. Speaking about letting go of the past, did you know during WWII in Paris, Picasso and other great artists had no canvases so they painted over their canvases. We have to be willing to paint over our masterpieces because therein lies our true masterpieces.

So I decided to let go of the past and embrace another goal: I’d start my own chiropractic practice. I’d get a business loan. Well with no money in the bank, a mortgaged house, a Datsun Maxima and a $10,000 student loan, a business loan was not a possibility.

Then someway, somehow, I believed in myself and did the craziest thing ever:
I sold the only thing I had in the world–our house. It netted $50,000—All I had to sign lease agreements, buy x-ray and PT equipment—everything. Then there were operating costs. I had enough for three months–not a day more.

There was absolutely no advertising budget so I had to do something. Network. I went to events morning, noon and night. There were nights when I even slept in the office in order to attend early morning networking. Since I couldn’t afford to use others’ services or buy their products, I connected people –I’d connect a mortgage broker with a realtor, a CPA with a financial planner. Then I’d do one better—I’d invite people to network groups.

Within two years, I had an amazing house in Laguna Beach overlooking the ocean. I treated celebrities such as Marie Osmond, the New York City Rockettes when they were in town, Lisa Nichols of the Secret. I was even a paid expert on Judge Judy. And, I flew to Mexico with the Flying Samaritans. BUT my outer story didn’t match my inner story. I was a success, treating patients, sought- after by stars, you’d think that was success. Things can fill a house but not a heart. I didn’t have my children and that was the secret I kept for twenty years. Yes, twenty years.

Then something happened. I couldn’t make this up—I was waiting for my mammogram. As I put on the beautiful gown, placed my clothes in the locker, I saw an incoming call from my dermatologist. The spot on my leg was melanoma. I lost a piece of my leg, then another spot and I lost a piece of my arm, and I got over it. But with divorce, I lost a piece of my heart and couldn’t forgive myself for failing. It was then that I decided I wasted too much time. I had lost 20 years of my life punishing myself, believing I was a failure. It was then that I decided there are other women who’ve been disappointed by love, maybe disillusioned, maybe even devastated by love.

Nora Ephron of Sleepless in Seattle and other fabulous movies said, “Marriages come and go, but divorce lasts forever.” It was then that I decided I had to do something and became committed. When we’re committed, nothing stops us, not fear of what others say, not challenges, nothing. When Michael Phelps was looking for a coach, the coach he selected asked him if he was willing to workout on Sundays. When he said, “Yes,” the coach agreed to take him on because he’d have 52 more workouts than the competition.

What was I going to do to help women? I thought about stories—Stories are how we relate, how we learn, and how we remember. As a former English teacher, I knew I could tell a story and I’m a woman. Women are the story tellers. You tell a man, “Nice shoes.” and he’ll mumble something like thank you but if you tell a woman, she’ll tell you where she bought it, how much it cost, even it’s the same color as her first bicycle.

I decided to tell a story. That’s how SEX HAPPENS was born. It’s about a woman who loses custody of her children, but that’s where the similarity ends—I mean if I told a woman who sat home for 20 years, a workaholic, who’d be interested?

It’s as gut-wrenching as EAT PRAY LOVE, and because it’s not an autobiography, as titillating as FIFTY SHADES, It’s about a custody battle so poisonous it becomes murderous. It’s also about marriage, motherhood, sex and what we’ll do for each. It’s about a mother’s struggle to regain custody of her children, a struggle that almost costs her life!

An Amazon bestselling novel, an agent is presenting it for film consideration! But the best part is I’ve used it as a fund raiser for several charities: Working Wardrobe speech at the Pacific Club netted $1000 and National Association of Professional Women in New York netted $3500 for Save a Child. I’ve been on Fox Charleston, Good Morning Arizona and numerous local television shows and I’m not stopping at 71!

So, as you know, we’re impressed with Sex Happens, a novel – tell our readers more, for example what you’re most proud of as a company and what sets you apart from others.
Within two years, my chiropractic practice went from 0 to six figures due to over delivering. But I built that practice by over-delivering.

Let me give you a picture of over-delivering in practice. One day, parents brought in their teenage son who was suffering from neck pain. The teenager had dropped out of sports, refused to see friends; basically, he stayed in his room. For one year, their physician prescribed medication referred him for PT, epidural injections and even psychological counseling. But the pain kept worsening so the parents decided to try chiropractic.

After two adjustments, he was no better. I told them they needed to have an MRI done. They argued since the MD had never recommended it and it wouldn’t be covered. Well, I spent the next three days –every minute of lunch—calling MRI facilities. I finally found one that agreed to a reasonable fee. He had a tumor which did turn out to be benign. And the managed care facility did the surgery. Within three months, he was fine—back at sports. They got their son back. I got plenty of referrals for over-delivering.

Over-delivering is more important for women than men. It’s a fact! I remember leaving the practice to go to one of my children’s games. The patients were irate. One patient even told the receptionist, “If the doctor isn’t serious about the practice, I’m going elsewhere.” So I stayed, missed the games, missed the award ceremonies, missed my children’s lives, but I stayed in the office and over-delivered. Years later my son joined my practice. The patients referred to him as “the doctor,” and to me as, “the mother.” One day, he left to go to his son’s little league game, and I covered. The patients kept telling me how wonderful it was that he was such a great father.

And over-delivering worked well, very well: Within two years, I had it all—or so it seemed. I had an amazing house in Laguna Beach overlooking the ocean. I treated celebrities such as Marie Osmond, the New York City Rockettes when they were in town, Lisa Nichols of the Secret. I was even a paid expert on Judge Judy. And, I flew to Mexico with the Flying Samaritans.

So, what’s next? Any big plans?
At this point in my life, it’s all about giving back. My son is on the board of Child Rescue, an organization which is devoted to rescuing children who are trafficked. Their motto is “Every child deserves a childhood.” My second, not yet published, novel, The Sky is Falling is about a child who is abducted.

The novel, as well as my speaking engagements, will be used to promote the organization and get donations for their programs. I’m almost finished with the novel and it should be published by November 15, 2018. 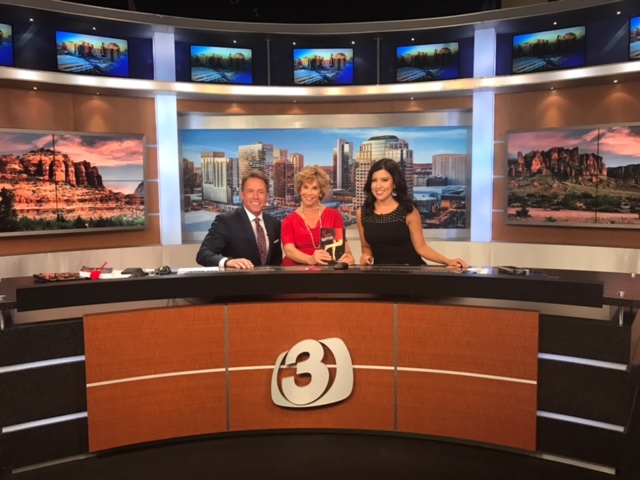 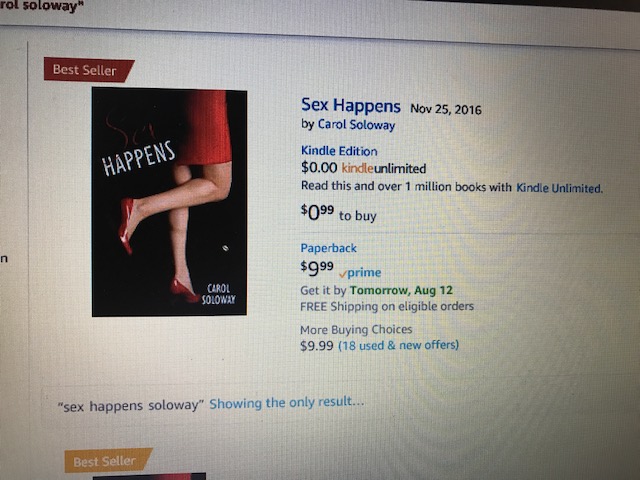 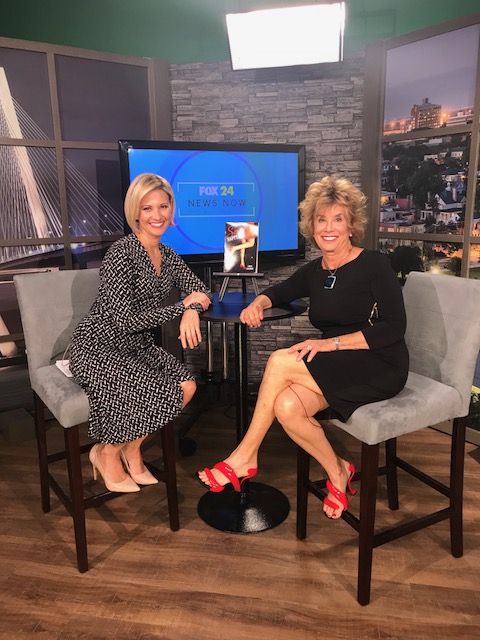 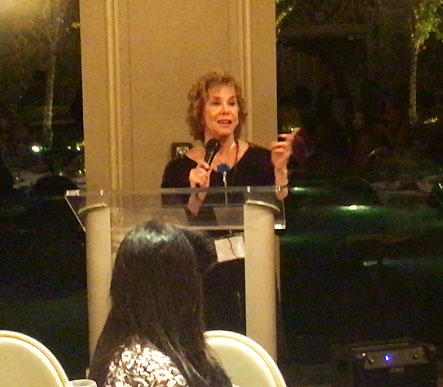 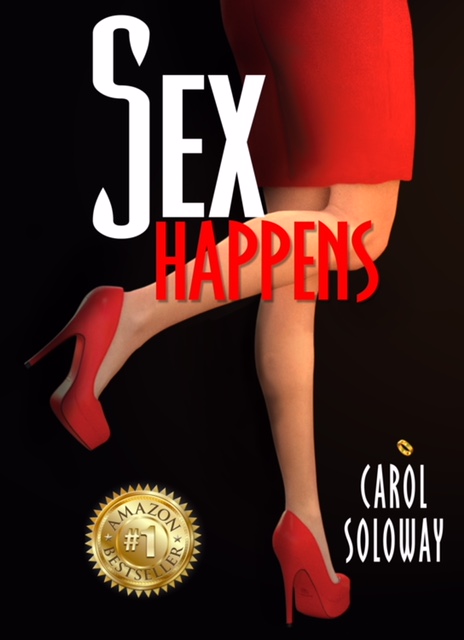