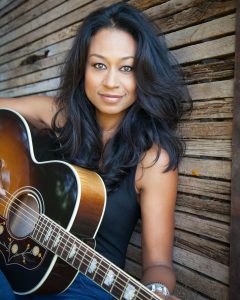 Today we’d like to introduce you to Carmel Helene.

Carmel, can you briefly walk us through your story – how you started and how you got to where you are today.
CHILDHOOD:
I was born in San Francisco shortly after my parents wed on top of Mount Tamalpais in Marin County. I was named in tribute to the charming town of Carmel-by-the-sea, and for the golden color of my skin.

I grew up singing along to Willie Nelson and Dolly Parton songs with my mother. Both artists became an early musical inspiration and remain so to this day.

My mother was a white hippie chick who spent time in the mountains in a one-room cabin with no electricity. She was a photographer, played the guitar and banjo, and sang blue grass and folk music.

Although we were not close, my father was like an African king. He was a dynamic conga drummer who had his own unique sense of style and toured with jazz great, Cal Tjader.

My parents divorced before I took my first step. I found myself living with my father, who was now driving a taxicab in Hollywood, with his unenthusiastic wife. At this young age, it was a lonely, difficult time and music became my escape.

Eventually, I was sent back to live in the Bay Area with a single mother who worked seven days a week to try and support us. I didn’t have many friends. I wanted desperately to fit in with the new kids but wasn’t having much success. The kids in school lived in the upper class suburbs of Palo Alto and had blonde hair and blues eyes. While the other girls arrived in their Mercedes, I had to duck and hide as we pulled up in our gray Dodge Dart, covered in primer spots.

The only black girl in the entire school, I was extremely shy and felt self-conscious about my looks. I withdrew and learned to sing by emulating vocal powerhouses Whitney Houston and Mariah Carey. I spent most of my youth alone in my room writing songs.

TEENAGE YEARS:
As a teenager, I went through my rebellious phase and my musical tastes changed drastically to heavy metal and punk. I attended everything from Motley Crue to Pantera concerts and refused to acknowledge authority. I died my hair blonde and joined my first rock band at 17.

Stopped randomly on the street by a producer of a successful recording studio in San Francisco, I was suddenly introduced to the world of R&B music and session singing. At 19, I began playing live gigs around San Francisco and met my first black friends.

Over the years, I played the club circuit and began to make my living as a professional vocalist singing for TV shows, recording sessions, and corporate events.

Simultaneously shopping a deal under the guidance of to multi-platinum songwriter Andy Goldmark, I was called into Capitol Records to sing for the president. When he ultimately decided to pass on the project, coupled with several other pitfalls in my personal life at the time, I became depressed. I quit singing altogether, got a job as a waitress at Hooter’s, and began and ended a marriage all in a short year. A year later, I re-entered the game when I received a call to audition for the Luis Miguel tour and got the job.

I signed a production contract with B3 organ player, John Novello of the power trio, Niacin. We embarked on a soulful rock project likened to a female Lenny Kravitz. Known for a killer live show – and our own version of Purple Haze – we were met with overwhelming positive response. Reviews by Music Connection magazine included “Sexy classic rock served with sizzling talent” and LA Music Awards, “charismatic and over-loaded with star power” to name a few.

With my new band and John Novello as musical director, we were playing the Viper Room, the Roxy, Whiskey-a-go-go and the Hollywood club scene, kicking down doors with some seriously high energy.

Finally, after a forced break due to unmanageable showcasing expenses, I decided to pick up the guitar and take the acoustic solo route.

In 2009, I landed a job singing with Miley Cyrus, and after an amicable split from Novello’s production company, and continuing to explore my sound, I released my pop rock EP while on the road.

During a break from touring with Miley in 2011, I decided to take further time off for my next adventure – motherhood. In 2012, I toured Europe the next five years with French rocker Johnny Hallyday, with my husband and 1-year-old son in tow.

During my career, I’ve traveled to over 34 countries and performed for audiences as large as 80,000 people.

I’ve recorded vocals on albums for John Novello, Patricia Kaas, Christophe Mae, and Johnny Hallyday – several of which reached at #1 in France.

In my original music career, people began to mistake my acoustic performances for “country” which prompted me to search out my roots. Between tour breaks, I came full circle back to country, making frequent trips to Nashville for writing and recording with producer Jim Kimball (Reba McEntire, Faith Hill).

While performing in Nashville, I caught the attention of investor Eliot Shatzman. Signed to Shatz Music Group, I released my country EP “New Frontier” in 2016.

I played festivals opening for Lee Brice, Lady Antebellum and Chris Janson including: Shipkickers Country Music Festival, Coastal Country Jam, and Subaru Country Freedom Festival. Televised on BET to millions of viewers, I shared the main stage alongside Seal and Rihanna, at the St. Lucia Jazz Festival. I performed two consecutive years at both Disneyland’s California Adventure Food & Wine Festival in Anaheim, and Oktoberfest in Maryland. Featured in several Women of Country showcases and publications, Geetars & Wonderbras, street performing at Santa Monica Third Street Promenade and both stages at Universal Citwalk, and endorsed by Taylor Guitars, I’ve come to realize that diversity is my strong suit.

Nominated for Female Vocalist of the Year by California Country Awards in 2017, I also appeared twice on Sirius/XMRadio on the Maggie Linton show. Performing twice at the Verizon Center in Washington D.C. during the Washington Wizards halftime show, and a special post-game performance, I was interviewed and gave a live performance on a special segment for the WUSA9 news channel.

I’ve been interviewed with performances on Good Day DC news, KIX Hot Country, shows at the famous Café de Paris and the Sunside/Sunset club in Paris, and had songs played on French radio.

My last release was the acoustic country pop single “Since We Were Young” about the bond of lifelong friendship.

Having had a couple of song placements on ABC shows in the past, my current efforts are devoted to licensing songs to TV & film. I continue to perform regularly around Los Angeles and the country, with upcoming shows in the Caribbean islands in May.

CHARITY:
As an artist, I realize it is my duty to help bring positive change to the world. I’ve performed and written songs for various human rights groups including Enough Project, Artists for Human Rights, The Red Cross, Citizens Commission on Human Rights, and for police officers and veterans whenever possible.

We’d love to hear more about your work and what you are currently focused on. What else should we know?
I’m a country pop artist. But as I mentioned, I specialize in diversity and crossing musical genres and bringing people together. I’m a singer/songwriter/guitarist.

I’m proud that I’ve experienced so many different layers in life, almost as if I’ve lived several lives in this one life. I think that’s what makes me unique and able to relate to anyone.

Has luck played a meaningful role in your life and business?
I’ve had both good luck and bad luck. I think if you’re positive, certain, and persistent… then it doesn’t matter. It’s like the problems you have to overcome in life are only a test. If you can find a way to overcome them, you will succeed. It really is all about your mindset. 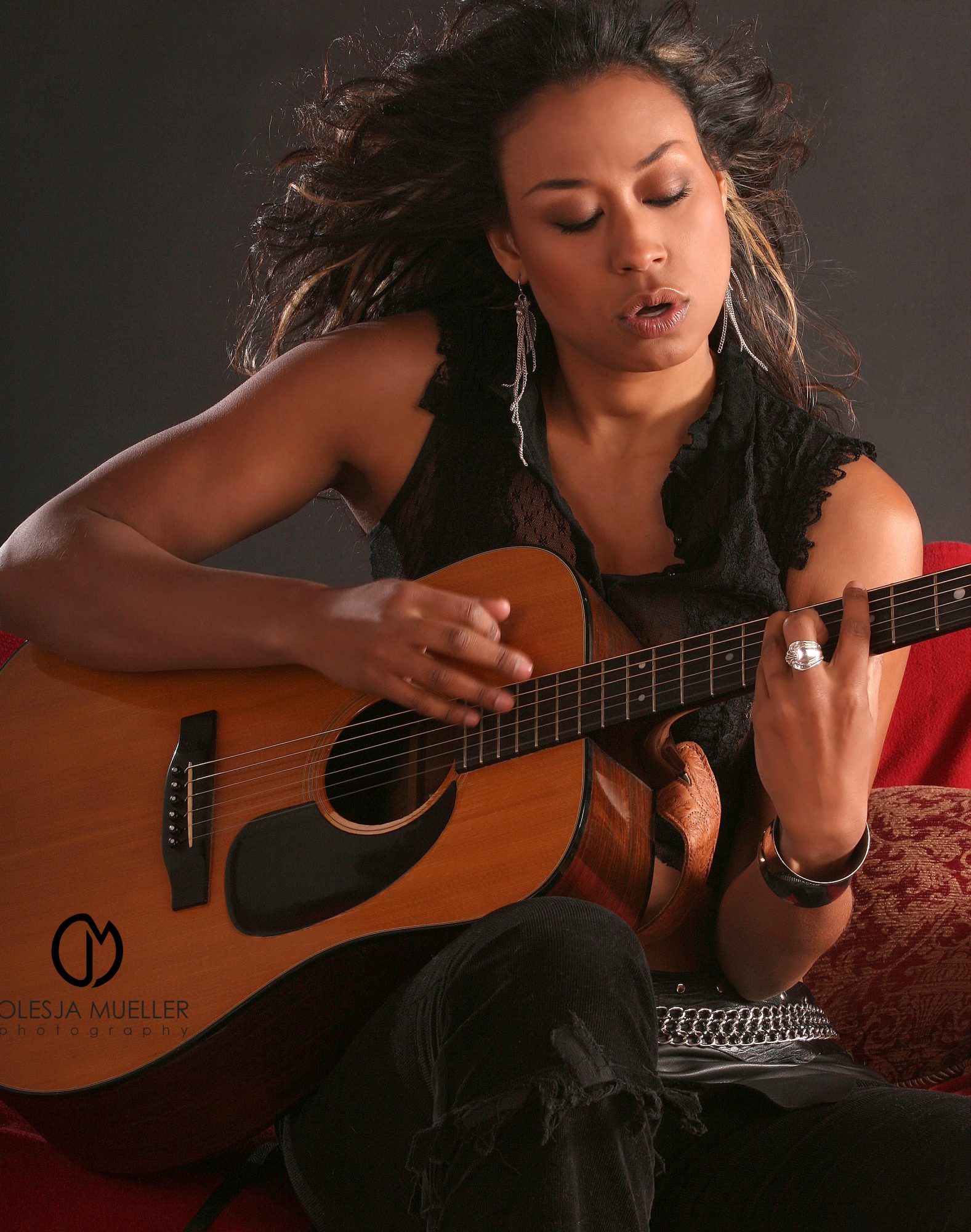 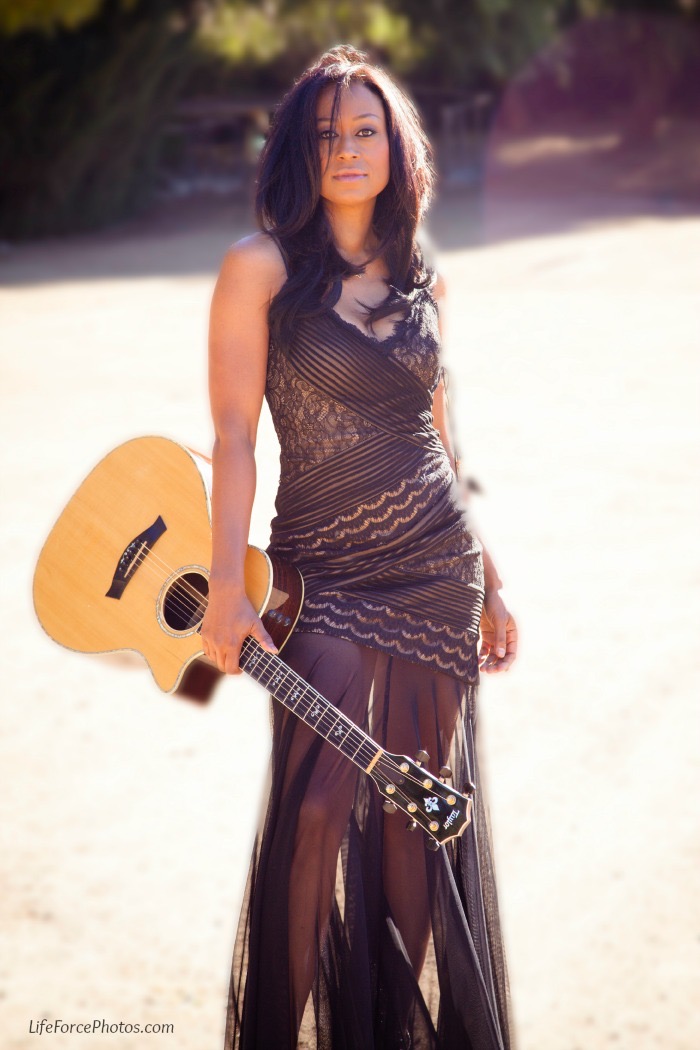 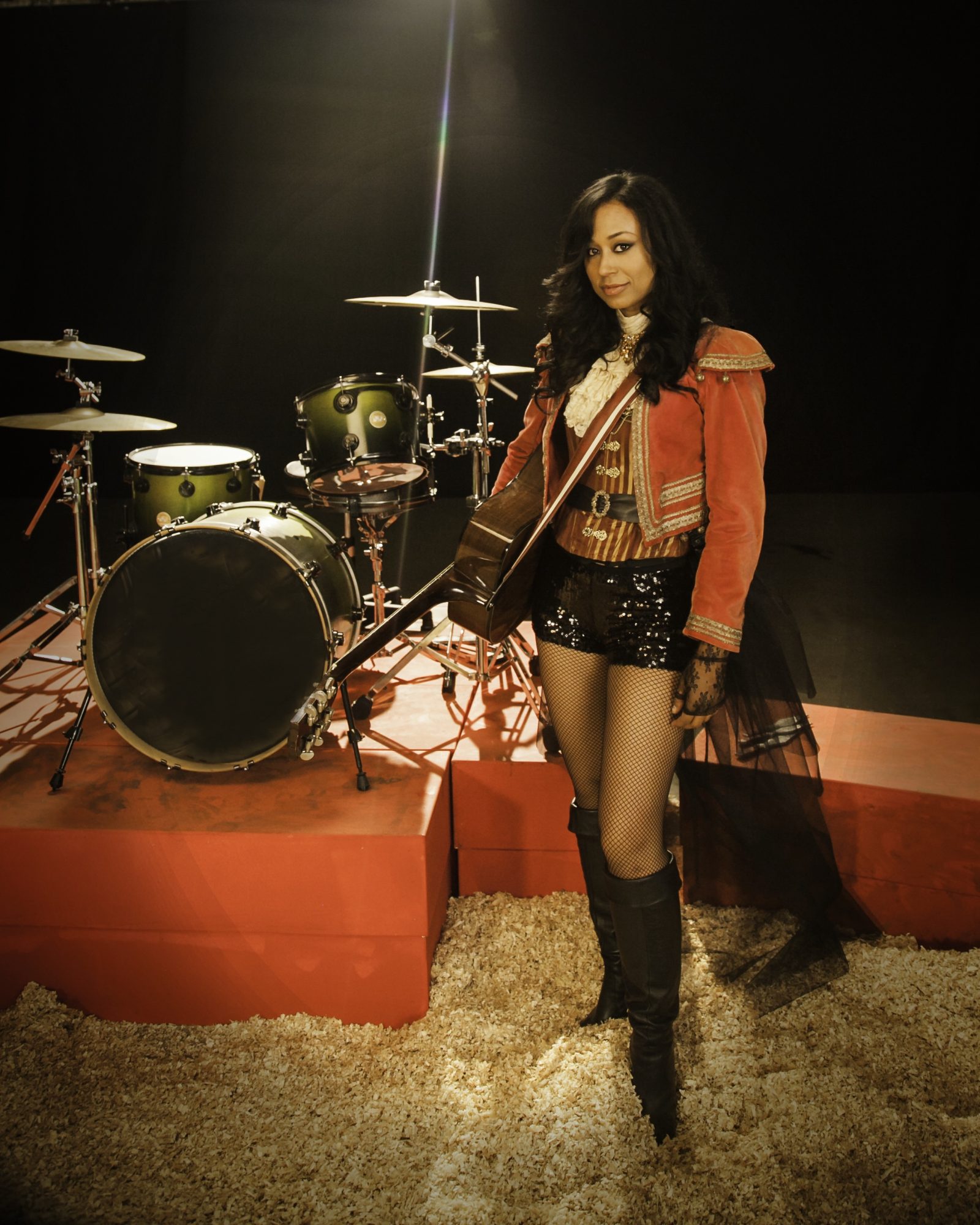 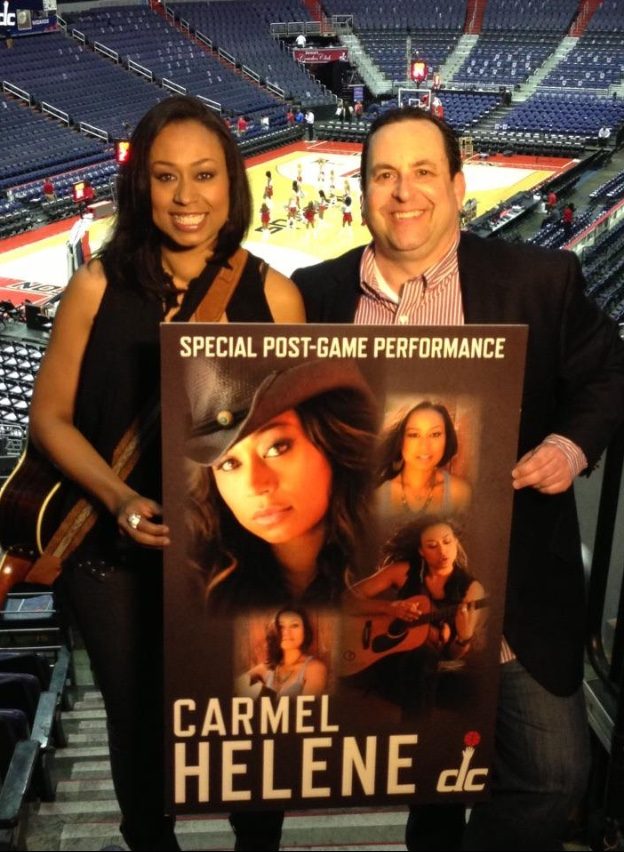 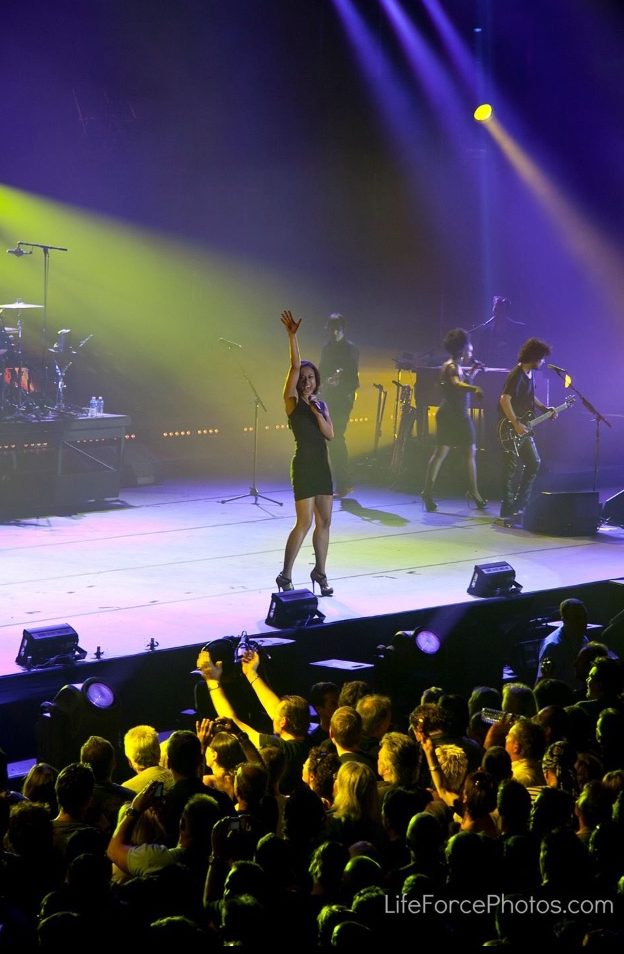 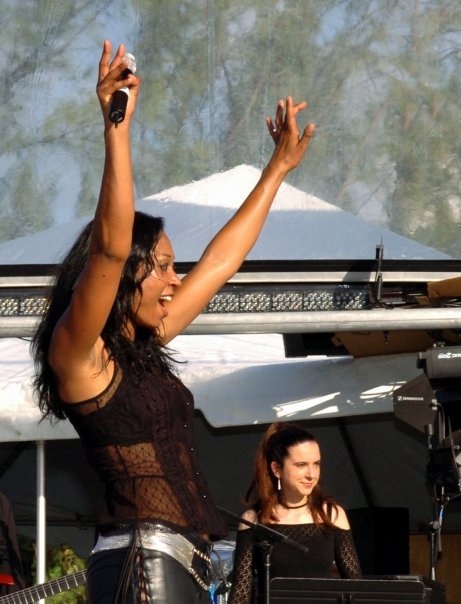 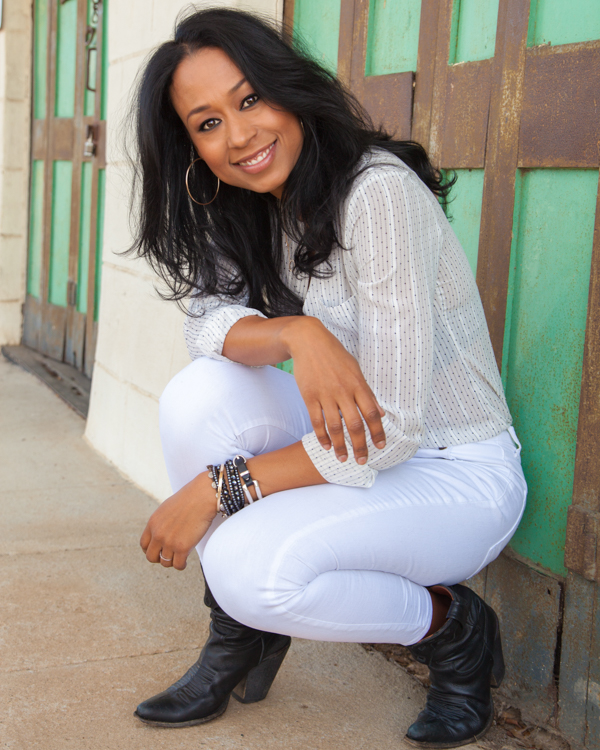 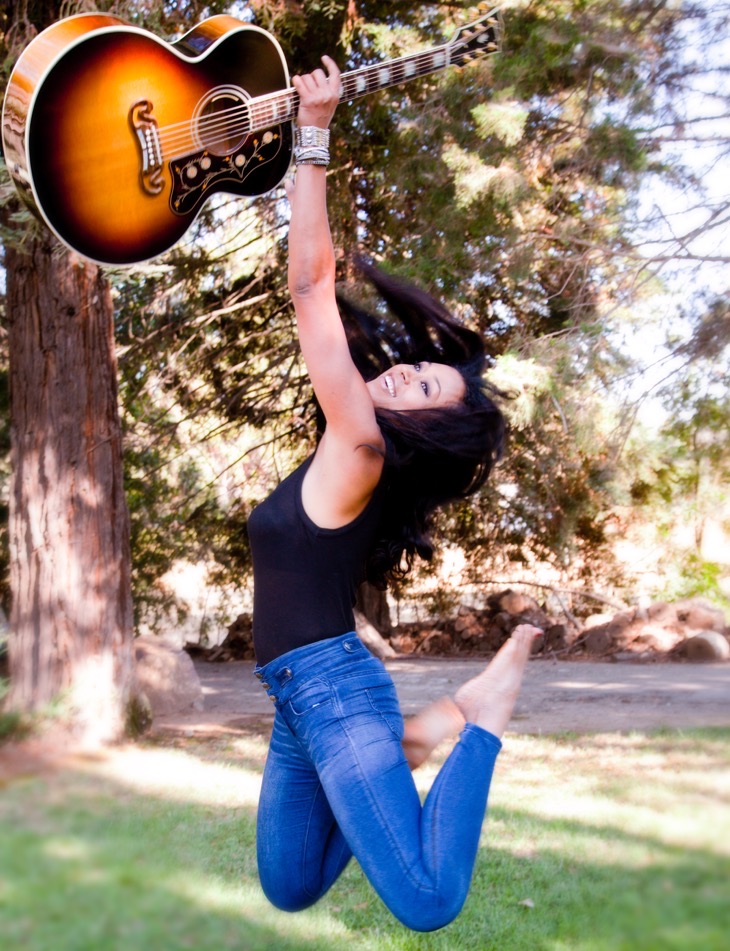