Meet Carin A Hazmat of Hazmat Design in DTLA 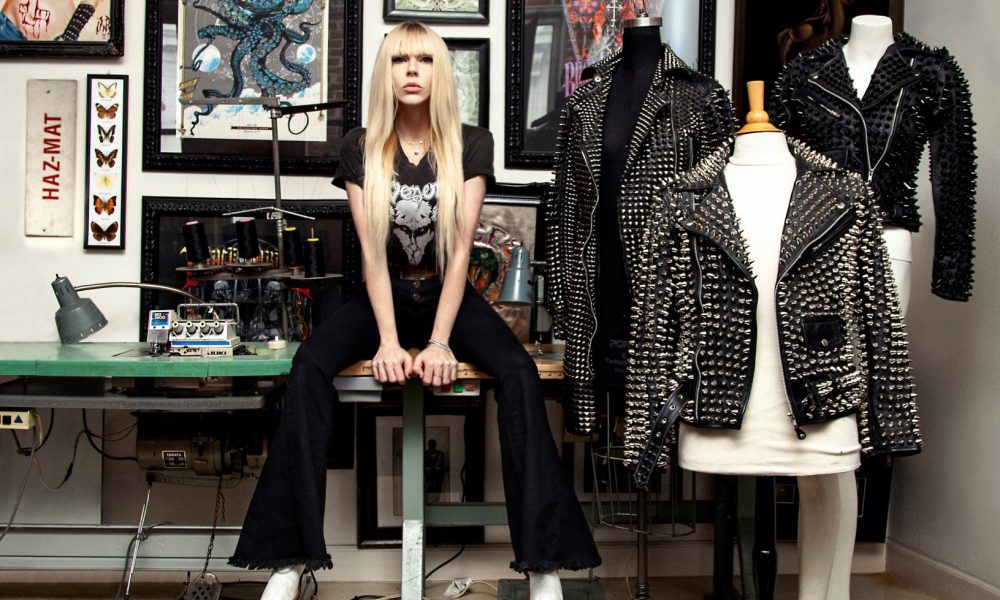 Today we’d like to introduce you to Carin A Hazmat. She and her team share her story with us below.

Please kick things off for us with some background on Carin’s story.
Once upon a time, there was a girl born in Florida. She was pretty quiet and would usually be found drawing by herself somewhere in a corner. She would listen to Led Zeppelin tapes that she found in a wooden box hidden in the very back of a closet of her home while she drew. When she grew up, she realized she wasn’t particularly like the other girls. She listened heavy metal music (while usually drawing skulls), she liked to dye her hair every color of the rainbow, and wore combat boots. Music always kept her inspired and kept her company. She left the swampy motherland and headed north to learn about what she loved most and to be with other creative type people. She met friends and attended a wonderful school in a very small state (with a very big heart). She worked at a toy company on boxes for her favorite Star Wars movies while learning about the arts, typography and design. It was a dream for the girl.

When she graduated, she wrapped up her hobo bag, tied it to a stick, and headed out west to Los Angeles. After many interviews and almost giving up hope, she answered an add in the paper that said “edgy designers wanted” and got her first job in the fashion industry as a graphic designer. Montage to a few years and a few jobs later, she was art directing and designing for small boutique fashion brands in Los Angeles. Economic darkness spread upon the earth in 2008 and the girl found herself alone and without work… but she learned she was not alone. The music that kept the girl company for so many years found the girl and reached out.

She started designing for bands she loved and for the music that kept her company for so many years. She was so incredibly grateful to have the opportunity to create for those who inspired her and for the good people she met along the way. Now she lives in Downtown Los Angeles and has a small company with a big heart. She is still fairly quiet and she still draws in a corner listening to the same music that has inspired her her whole life. The music that told her she could do anything she wanted to, that it was ok to lead her own life, and that there were other people out there like her… and she lived happily ever after (well…so far).

We’re always bombarded by how great it is to pursue your passion, etc – but we’ve spoken with enough people to know that it’s not always easy. Overall, would you say things have been easy for you?
I’d love to say being a creative out on your own is a smooth road, but in my experience it can get rocky. The road has been weathering, challenging, and sometimes downright difficult AF to navigate. It also has been the best road I’ve ever taken. I feel like the greatest challenges in life that are the most fulfilling be smooth all the time. The road less taken has some pretty brutal briar patches but also has the greatest rewards. Despite rejection, despite chaos and despite the worst odds you always gotta try to keep fighting the good fight. (On a side note: I’ve found it’s important to believe in yourself, even if think no one else believes in you. Just because you fail at something does not mean you’re a failure… it means good things are just around the corner)

So let’s switch gears a bit and go into the Hazmat Design story. Tell us more about the business.
Hazmat Design is both a small fashion and custom graphics company. I create one of a kind jackets, stage clothes, and have a small collection of studded leather & denim goods. In addition to that, I also design/draw graphics for music merchandise and a few gig posters here and there. I have found as a creative type person in the modern world, having two creative outlets is helpful to provide somewhat of a balance to the feast or famine artist lifestyle. Changing mediums also let me take a break from what I’m currently working on and come back to it with a new perspective. Jackets, t-shirts and posters are all blank canvases when it really boils down to it.

Has luck played a meaningful role in your life and business?
I’m not sure if I believe in luck…Maybe I’m just not a lucky person. Haha. I do believe if you work hard, believe in yourself, be kind, have integrity, and go all in- the gods will shine upon you one day. 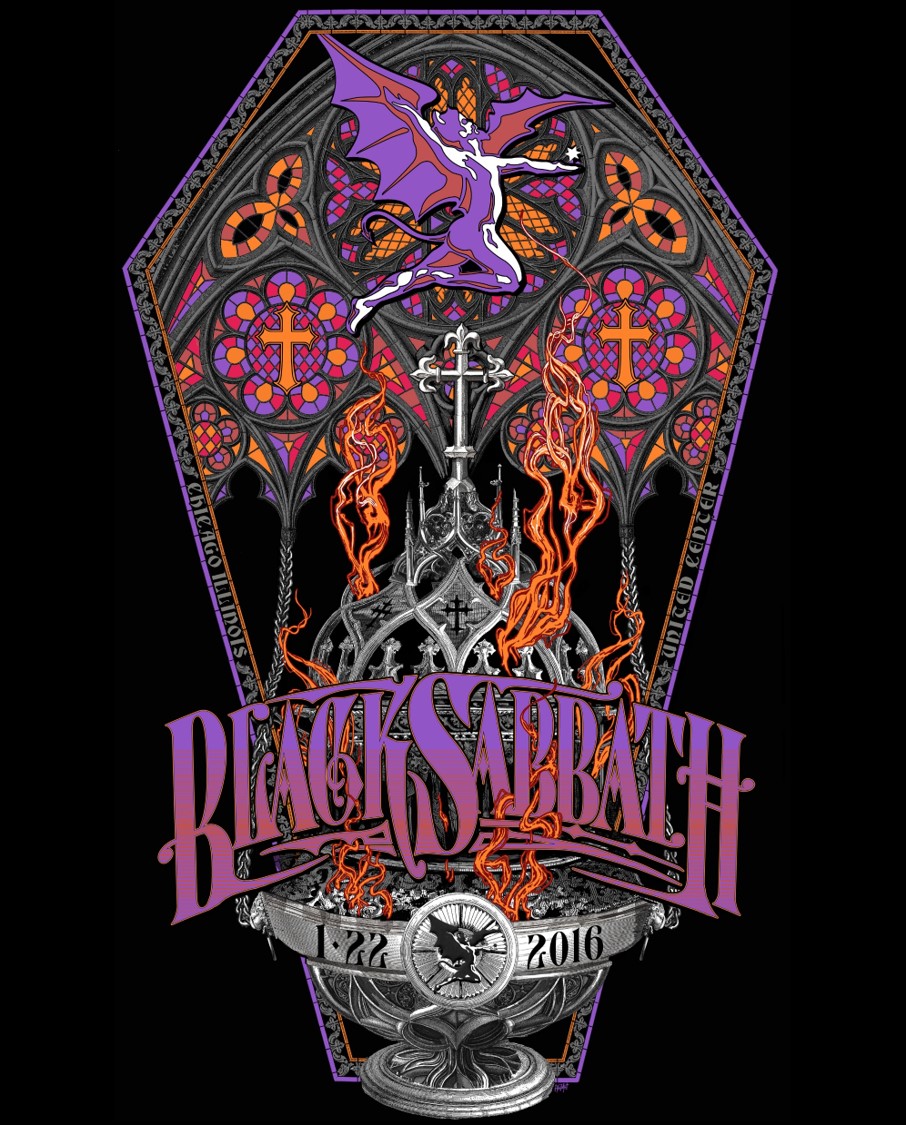 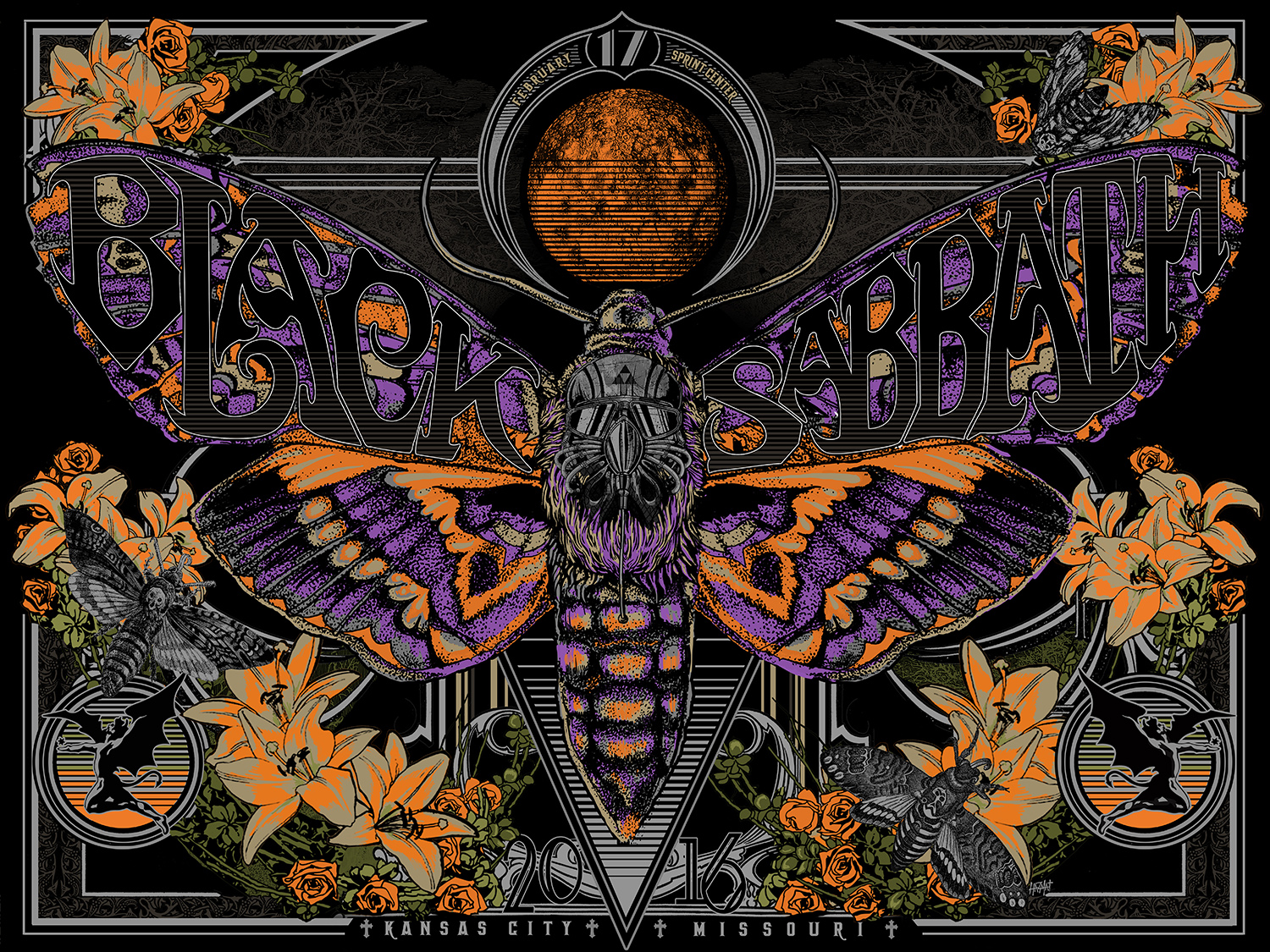 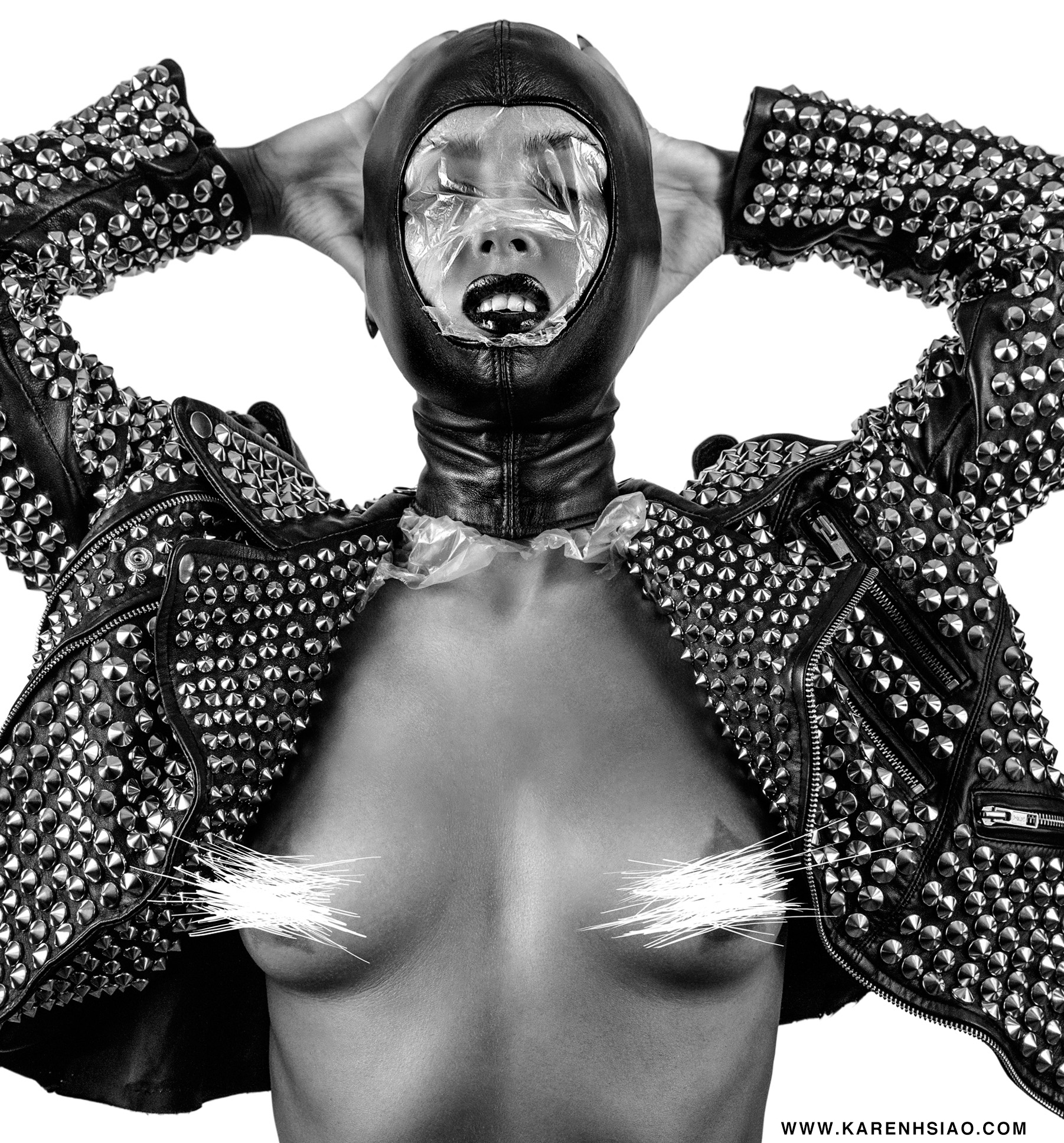 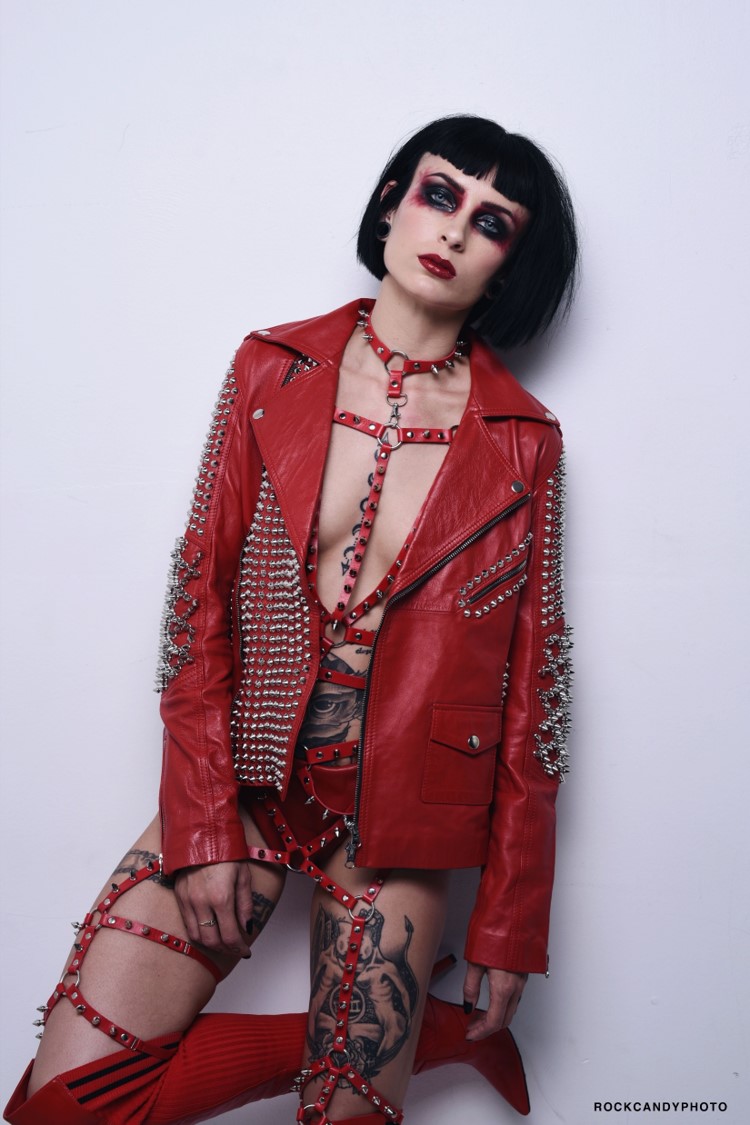 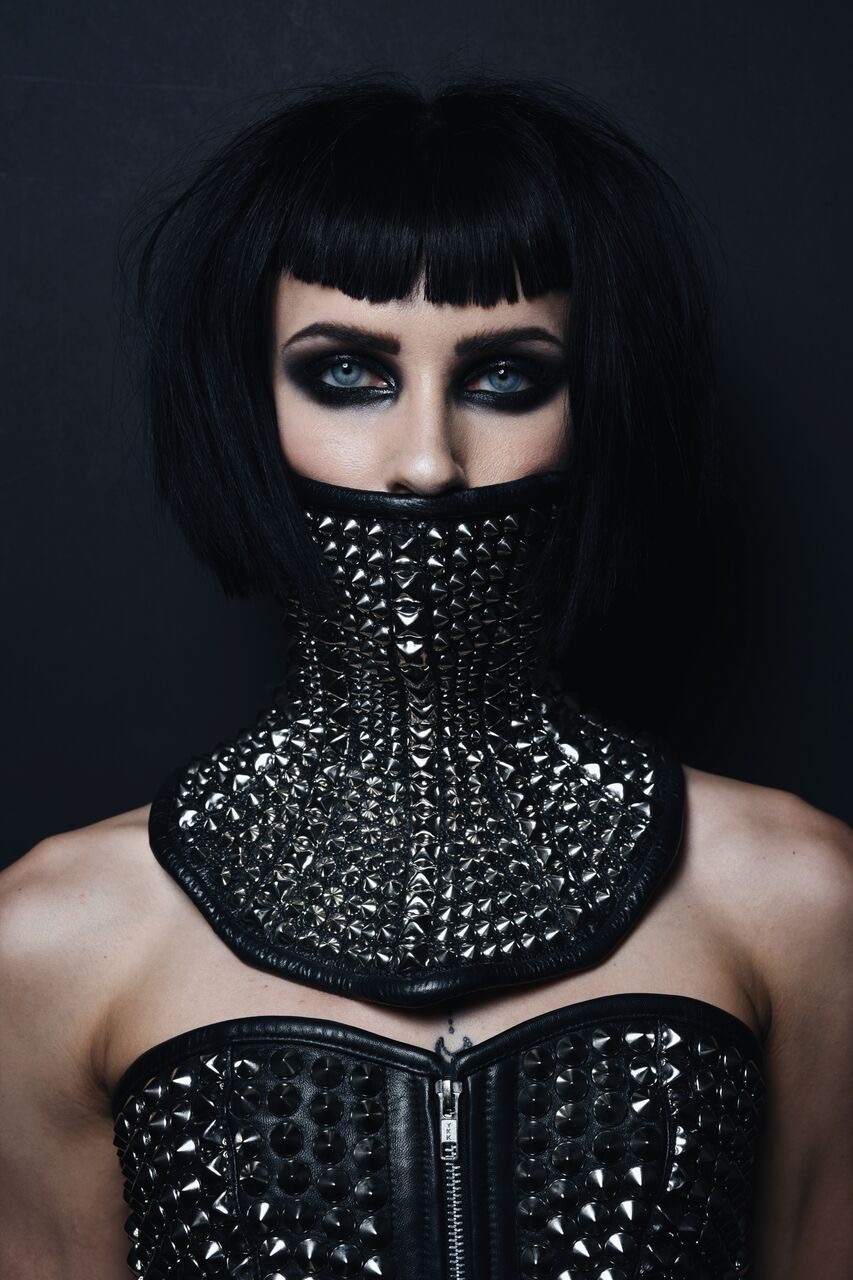 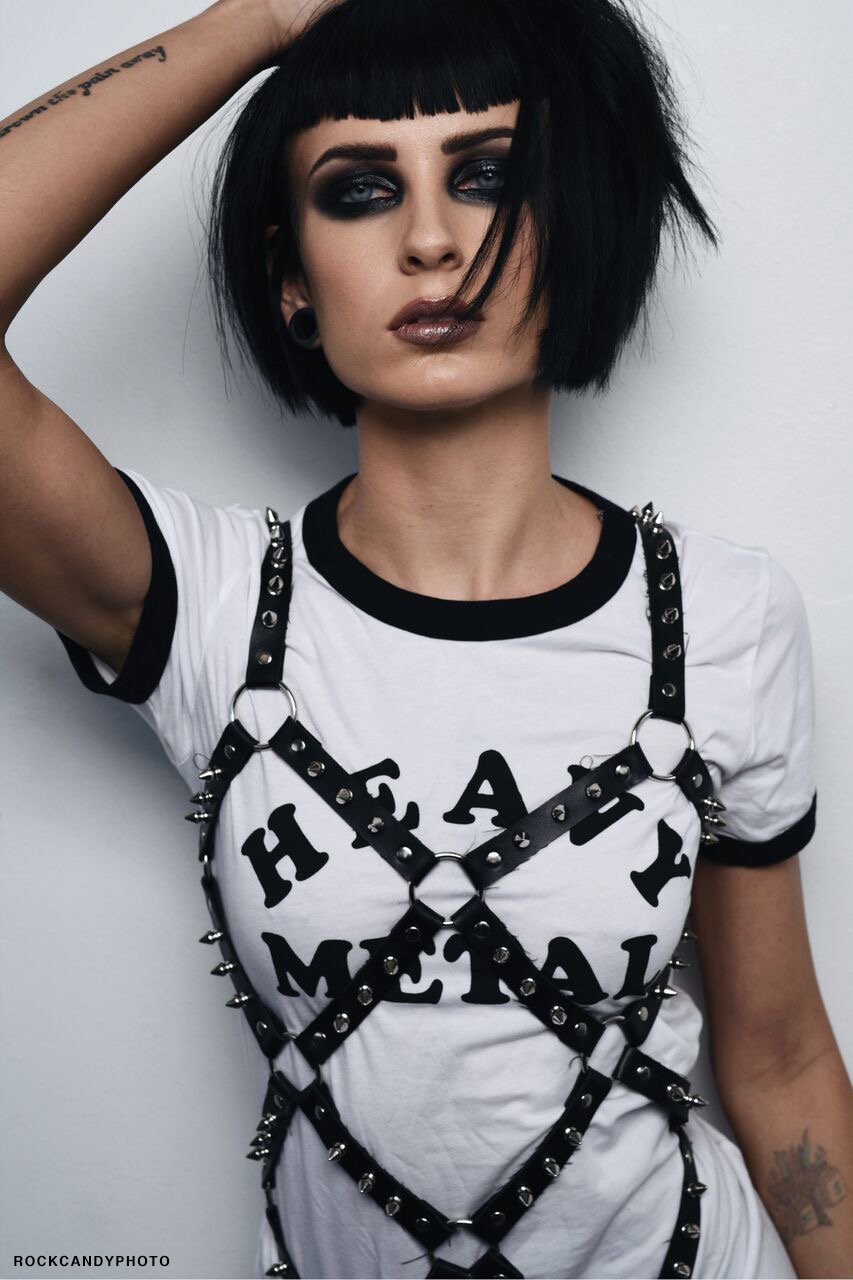 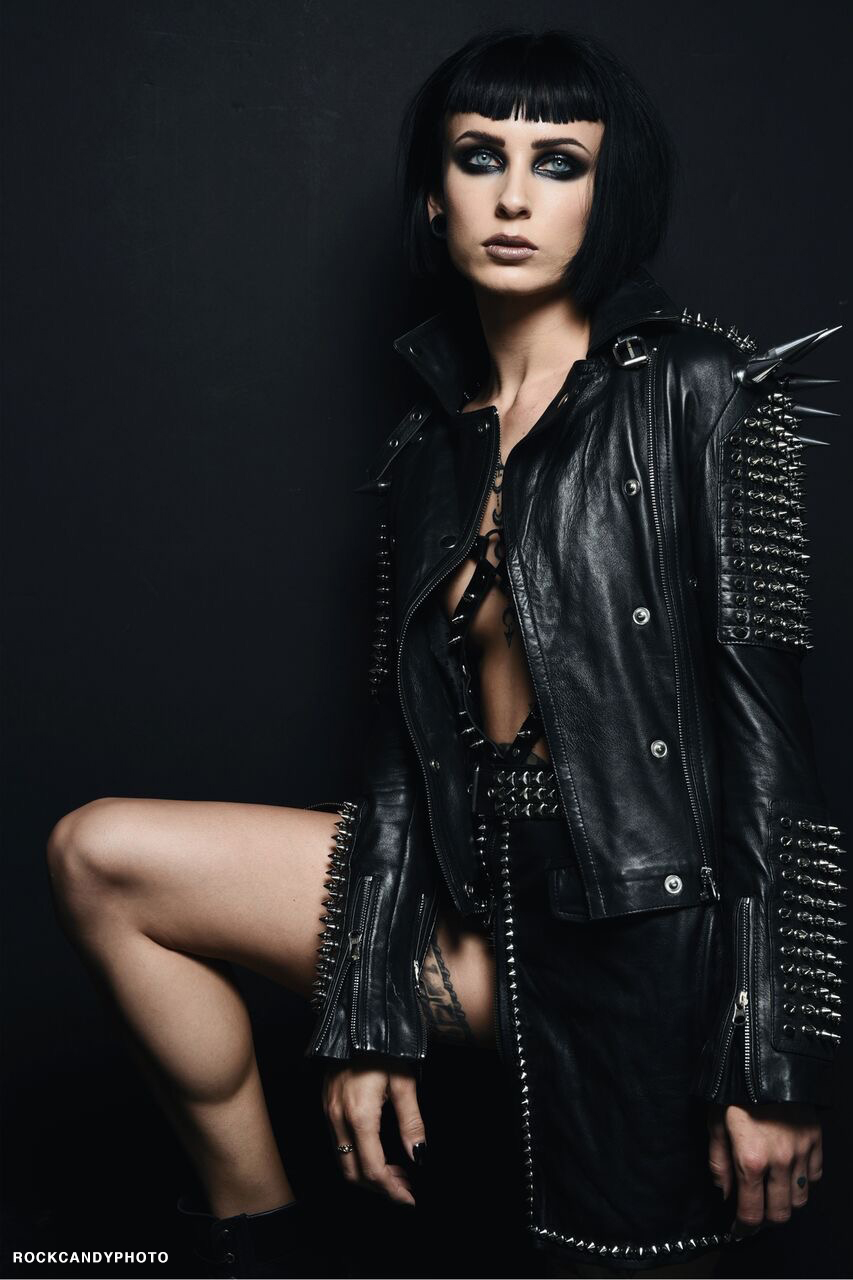 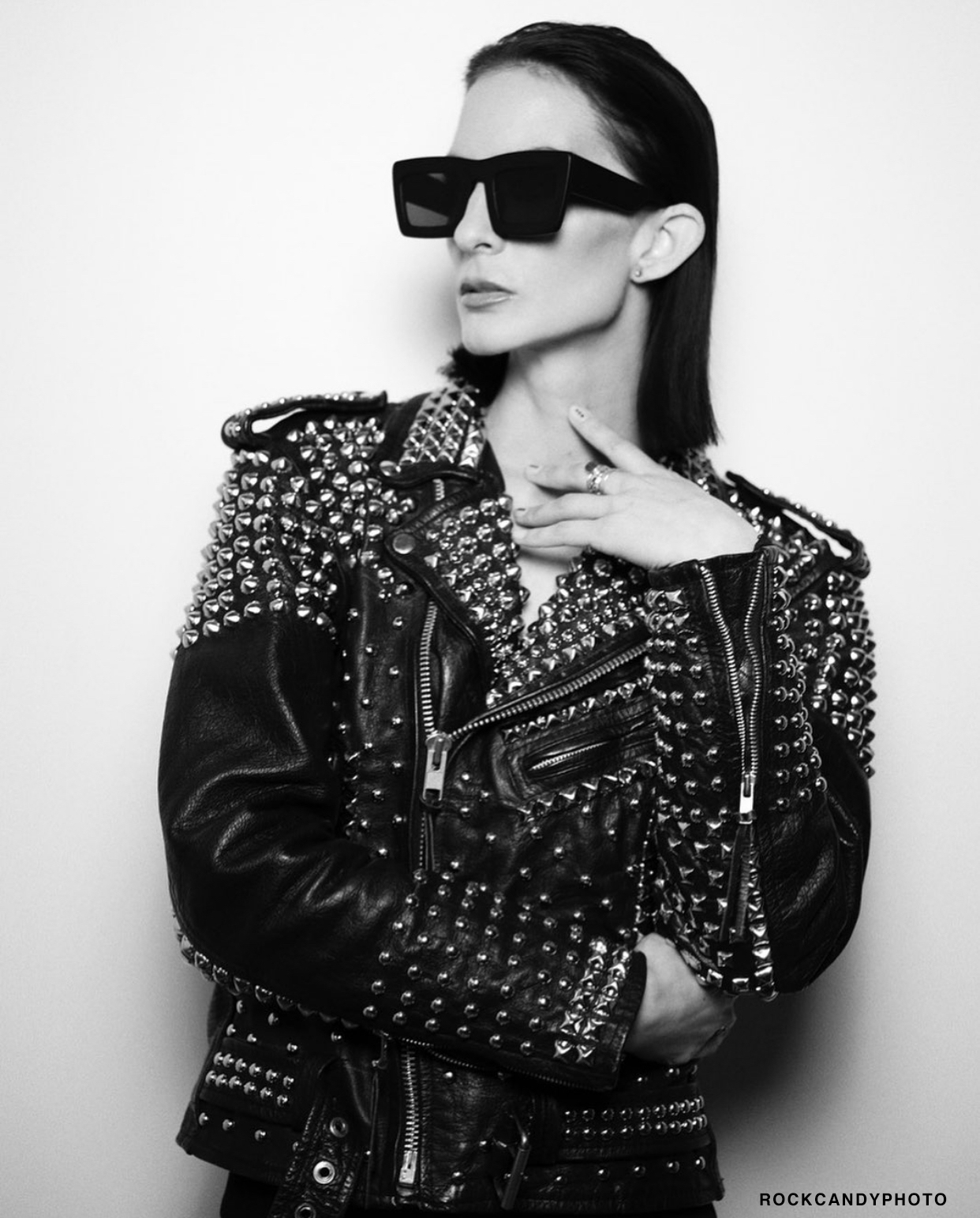 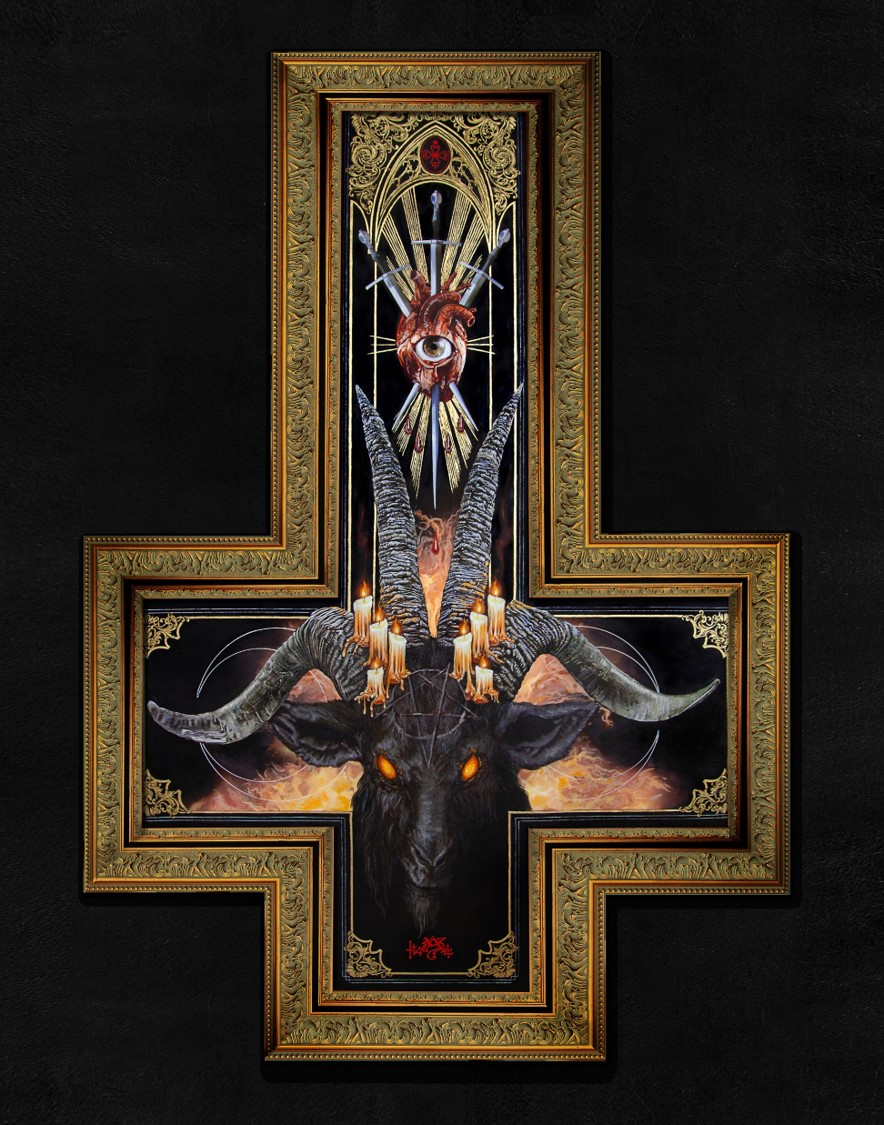 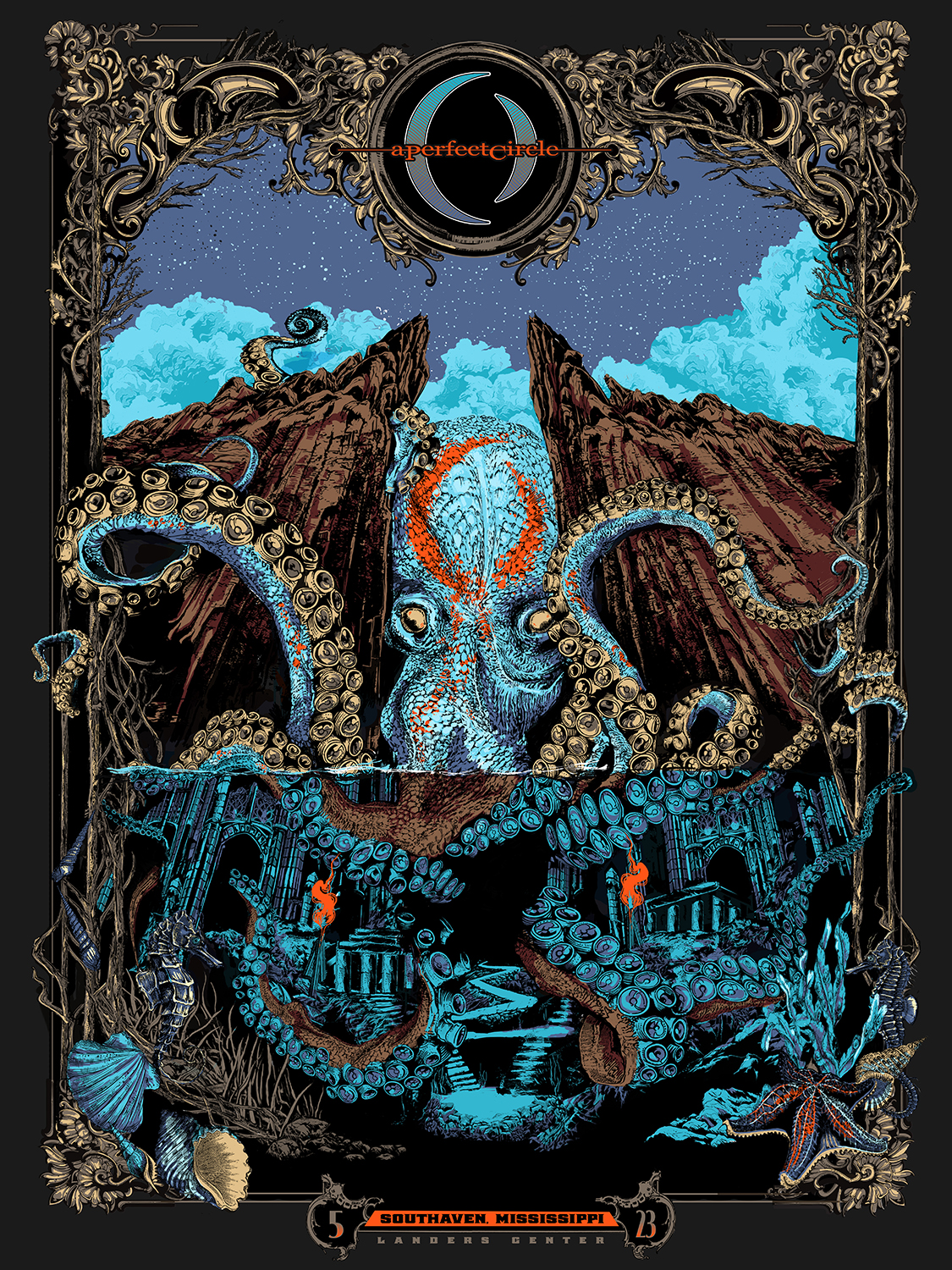 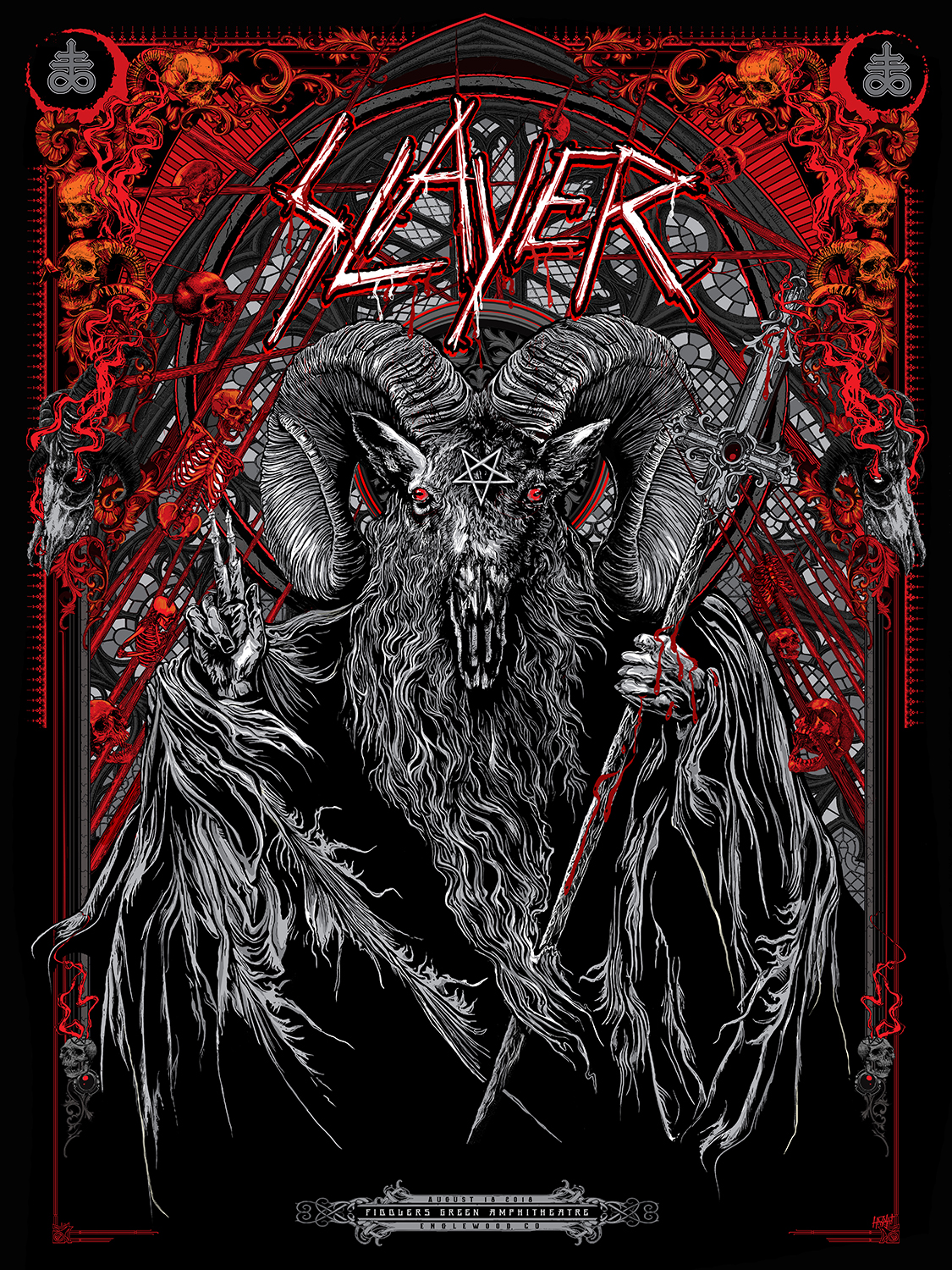