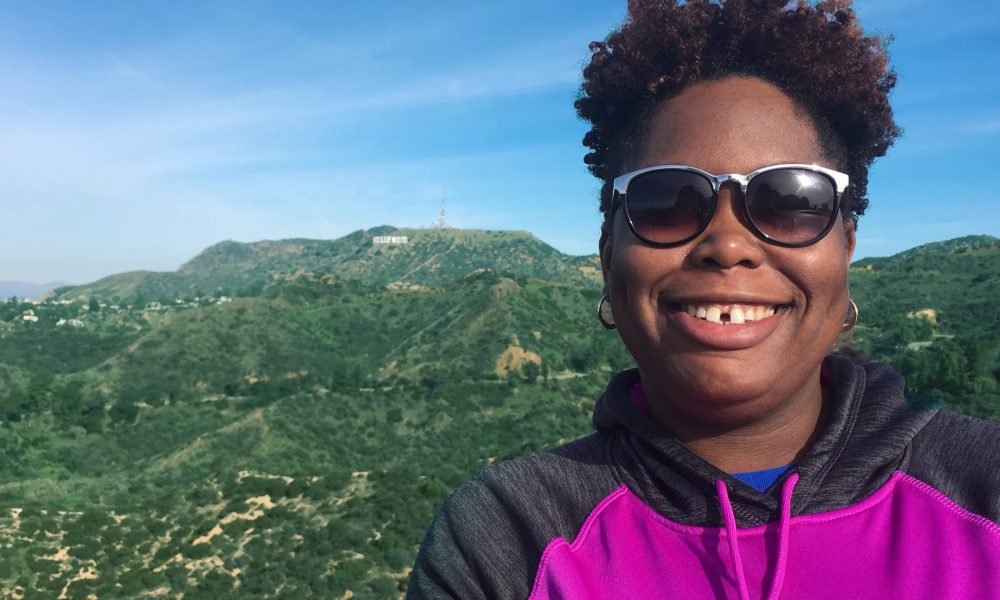 Today we’d like to introduce you to Candace Patrick.

Candace, please share your story with us. How did you get to where you are today?
Well, technically, my story started back in high school, but with the way these bills and student loans are set up, I had to take a creative break for a few years! I fell in love with screenwriting my junior year in high school where I applied to a mentorship program through the Scriptwriters Network and I was accepted. I had never explored screenwriting and what actually goes into making a movie/TV show before so this opened a whole new world for me. This led me to go on to major in screenwriting at the School of Film and Television at Loyola Marymount University. After earning my degree in 2008, I felt ready to conquer the film industry, right at the time the recession came to conquer all our pockets! I wanted to take advantage of internships and PA gigs, all which were full-time and unpaid, and that wasn’t an option financially for me, and then we lost our family house. With that, I ended up moving across the country to Virginia to live with a family member and try to get my finances in order.

In VA, I live in a much smaller city, Charlottesville, while working for a study abroad company, Semester at Sea. (SAS). While I love SAS, having studied abroad on the same program in college, there was definitely a 100% drop in access to the network I thought I needed to pursue a career in Film/TV. I kept writing and submitting my scripts to writing contests, and I placed in several, but that left me with not much in terms of getting my work out there. We now live in a time, where we have the opportunity to do it ourselves, and the yearning to tap into that only grew stronger. After six years in Virginia, I finally made my way back home to LA in 2016. I felt like, “Great, I can finally live the dream!” But the dream still costs! Knowing that I had to make an opportunity for myself I started focusing all my efforts on saving up funds to make a film.

Working a full-time job, currently, as a Director of Marketing, it’s so easy to get comfortable – you know, LA comforts like being able to pay rent, buy gas, get groceries – millennial luxuries! I felt that after having struggled a bit in my 20s, that I wanted to make sure I didn’t get back there, so I kept waiting and waiting to save up as much as I needed to make a project, which then kept getting delayed.

It wasn’t until a friend wanted me to come along with her to a film screening at the Pan African Film Festival (PAFF) in 2018 that I became more focused and determined to reach my goal. I remember looking at the projects on screen and thinking, “I can be here. Why aren’t you here?” At the beginning of this year, I decided I would volunteer at PAFF to get an idea of the vibe, and a few weeks later, I declared that my own film would be in the 2020 festival, and that’s when I started searching for a cast and crew for my film, “The 5th Room” and founded my production company, Post 30 Productions.

Has it been a smooth road?
Nothing worth having is ever going to be smooth, at least not in the beginning, but that makes it worth it. Like many college grads, I graduated with debt and did not have a job to match. I also struggled a lot in my 20s with depression and anxiety, and leaving those challenges unaddressed can deter you from your true purpose in life – shout out to my old therapist! I’ve also faced a conflict many creatives face in being caught between wanting to be a full time creative but also wanting to put out your own work, which takes money that is not quick to earn in this business. I know that if I want others to invest time and/or money in me, I have to first be able to invest in myself, so having to wait until I was at that point was a struggle.

While living in Virginia, I felt so behind. Like I went to film school, shouldn’t I be working in film? I felt like I missed that door I needed to walk through in order to be successful. However, now that I’m back in LA and taking my future into my own hands, I know that I was always on track. Maybe I needed a little more life experience before I could have gotten to this point. I needed to get my mental health in check. Having worked in such a niche career, I know that I’ve had access to certain experiences that many people may not have even heard of and I don’t take that for granted. When I left Cali after college, I didn’t know if I would ever get back here, but my career naturally led me back here, and at the right time. I’m not late, I’m right on time. My old roommate and now good friend and I used to challenge each other whenever we were frustrated with the Brene Brown quote, “We can choose courage or we can choose comfort, but we can’t have both. Not at the same time.” That really could be an official mantra for any creative, because you have to get uncomfortable. You have to be willing to take a risk, invest in yourself, and then be willing to lose it all, only to hopefully have to pay off in the future.

So, as you know, we’re impressed with Post 30 Productions – tell our readers more, for example, what you’re most proud of as a company and what sets you apart from others.
Post 30 Productions is a TV/Film production company I just started this year. I named it Post 30, because I don’t know when 30 became old, but I wanted a name that said: “Yeah, I’m over 30, and I can still make my dream a reality!” I turned 33 this year, right after I completed my first film, and I feel confidently able to continue pursuing my goals.

Our first production is a short film, “The 5th Room.” This film is about a woman who has a very traumatic incident happen in her life and as a result, she only finds safety in her home and becomes afraid to leave her home. This fear is challenged when there is someone in danger right in front of her home that only she can save. It’s a story about her journey and the help of her friends and family who are on the journey with her. The diagnosis for someone in this woman’s situation is agoraphobia, an anxiety disorder that causes a person to avoid certain places that may cause fear, panic, or helplessness. Although this is a fictional display of the disorder, it is a very real condition that an estimated 200,000 U.S. Americans struggle with each year.

I wrote this script in 2017 after I realized I hadn’t left my home in several days (I work from home so I literally went from desk to Netflix!). It is so easy to get into the habit of comfort and safety, and I wanted to explore what that would look like for someone who had an actual fear of leaving their home. Admittedly, I didn’t know this was an actual medical condition, until after I wrote the script, but I think that adds to the importance of this film. How often are we struggling with, or we know someone who is struggling with a serious mental health (a.k.a. medical) condition, and we don’t know how to define it, or help them? I hope this film will create a real discussion about mental health issues, specifically in response to trauma, and more specifically in the Black community where mental health has been stigmatized for too long. People that need help are not getting it because they have an unnecessary shame, don’t have access, or are unaware that they can get help for whatever they are struggling with.

We were able to put together a truly phenomenal cast and crew for this film and we are excited to premiere in 2020. Visit our Instagram page (@the5throomshort), and in our IG Stories, we have several interviews with our cast and key crew members as they discuss their histories with mental health, the importance of it, and why they feel “The 5th Room” will help open up a discussion for how our communities can move forward in the future.

Although Post 30 Productions is just getting started, these are the type of projects we want to develop. Projects that impact people in non-traditional ways and projects that give space to creatives from underrepresented identities. Post 30 is a collaborative company where I want to build up with other creatives. Whether you’re just getting started, or been at it for a while but need a network – let’s connect and build together!

Let’s touch on your thoughts about our city – what do you like the most and least?
As an LA Native (Inglewood and Carson!) – I love it here, and I appreciate the weather I had previously taken for granted much more after having lived and traveled on the east coast for six years. But outside of the weather, what I love most about LA are the creatives you can find here. Being able to say, I just want to hop on a project next weekend to network with some folks while working, is not something I could easily do while on my hiatus in VA. I also love the opportunities I have here whereas I’ve had limited access to before. Not only have I been able to connect with more independent creatives since coming back home, but I was also accepted into Lena Waithe’s Hillman Grad Mentorship program earlier this year which has been transformational. Hillman Grad is a program for writers and producers to help hone their filmmaking skills through networking events, film screenings, and I am currently in a TV pilot writing workshop. Even though I majored in screenwriting in college, there is still so much to learn from folks currently in these writers’ rooms I hope to be in one day, so I am extremely thankful for Lena Waithe giving emerging filmmakers such as myself access to these resources. 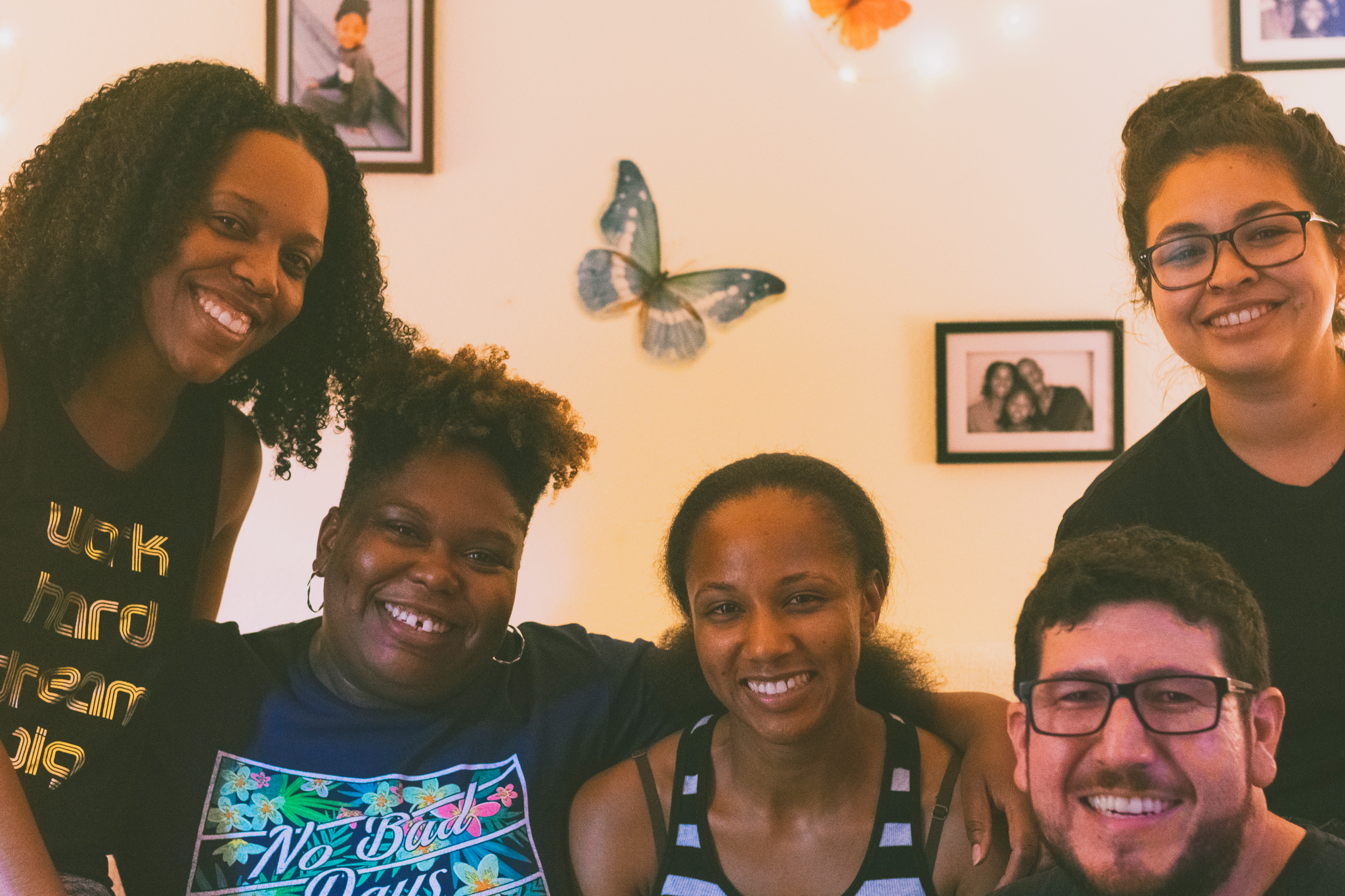 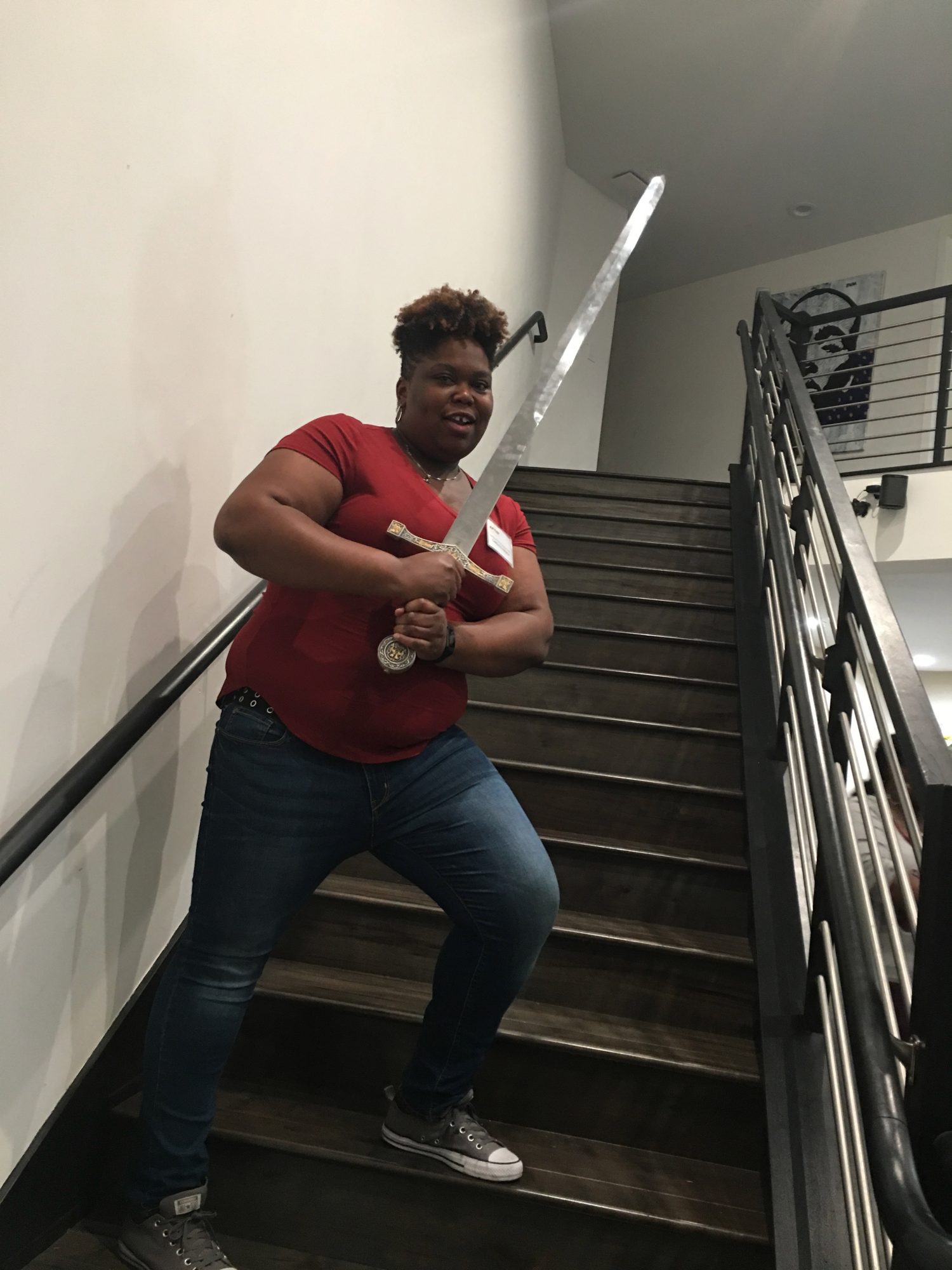 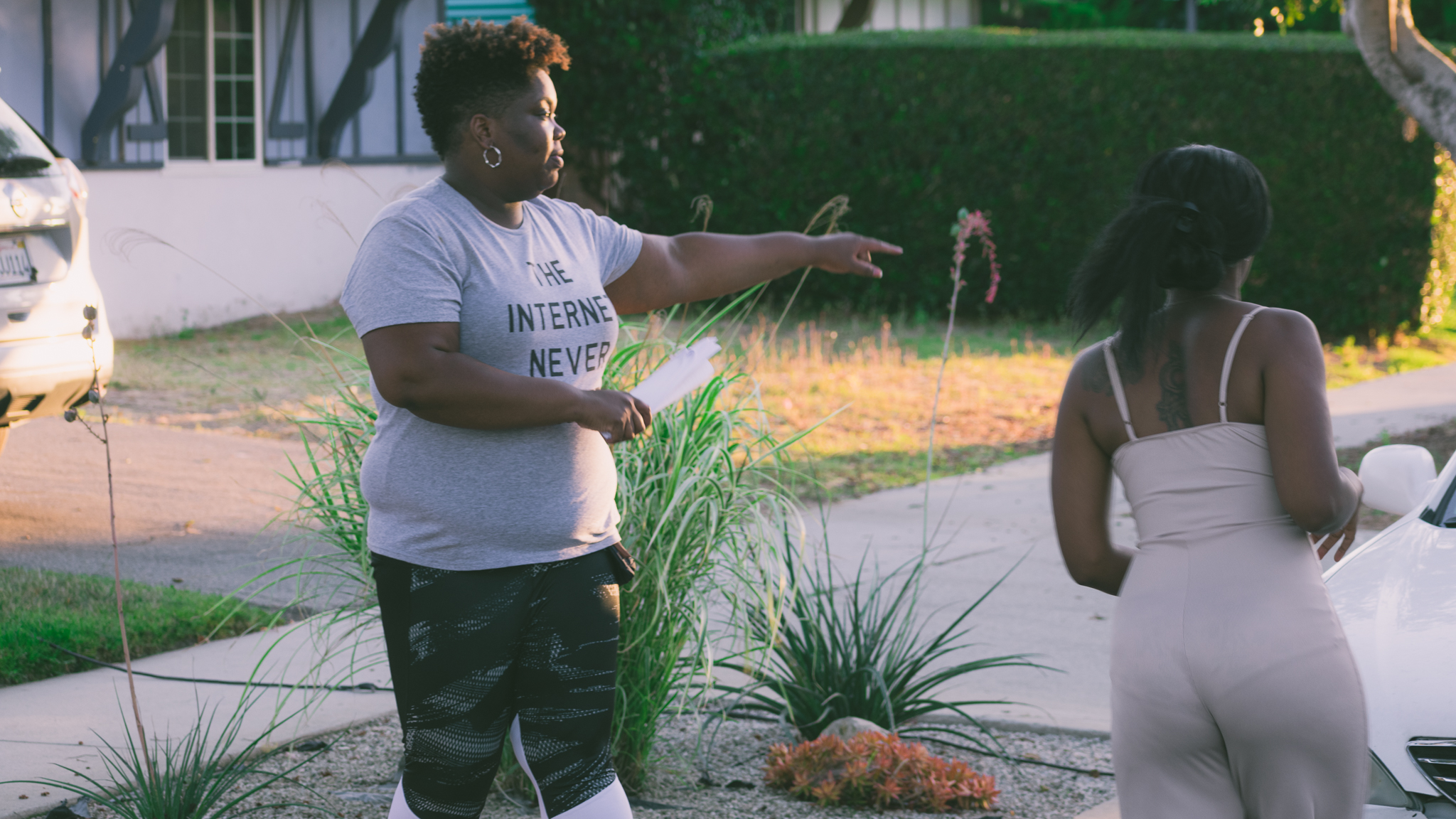 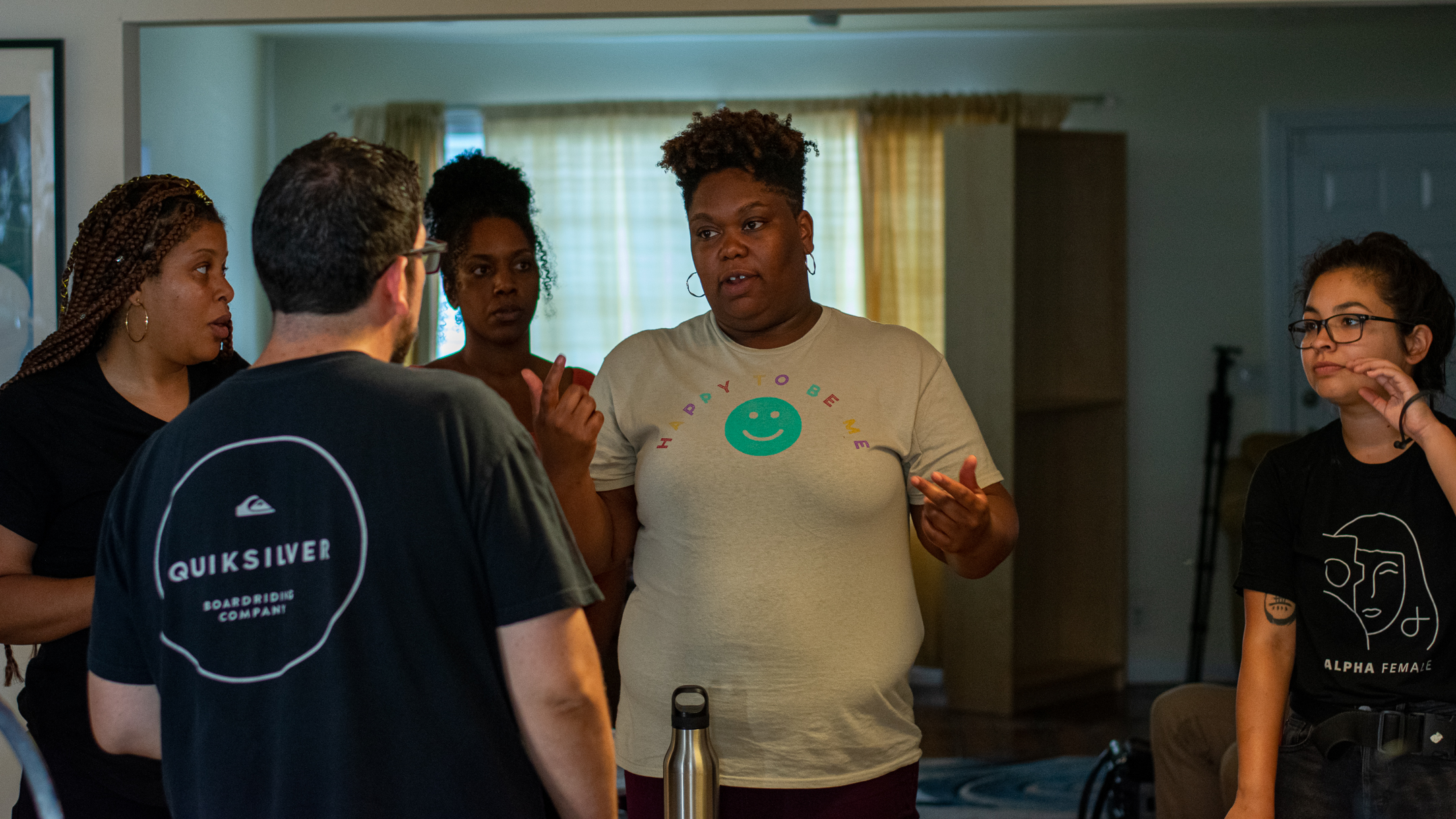 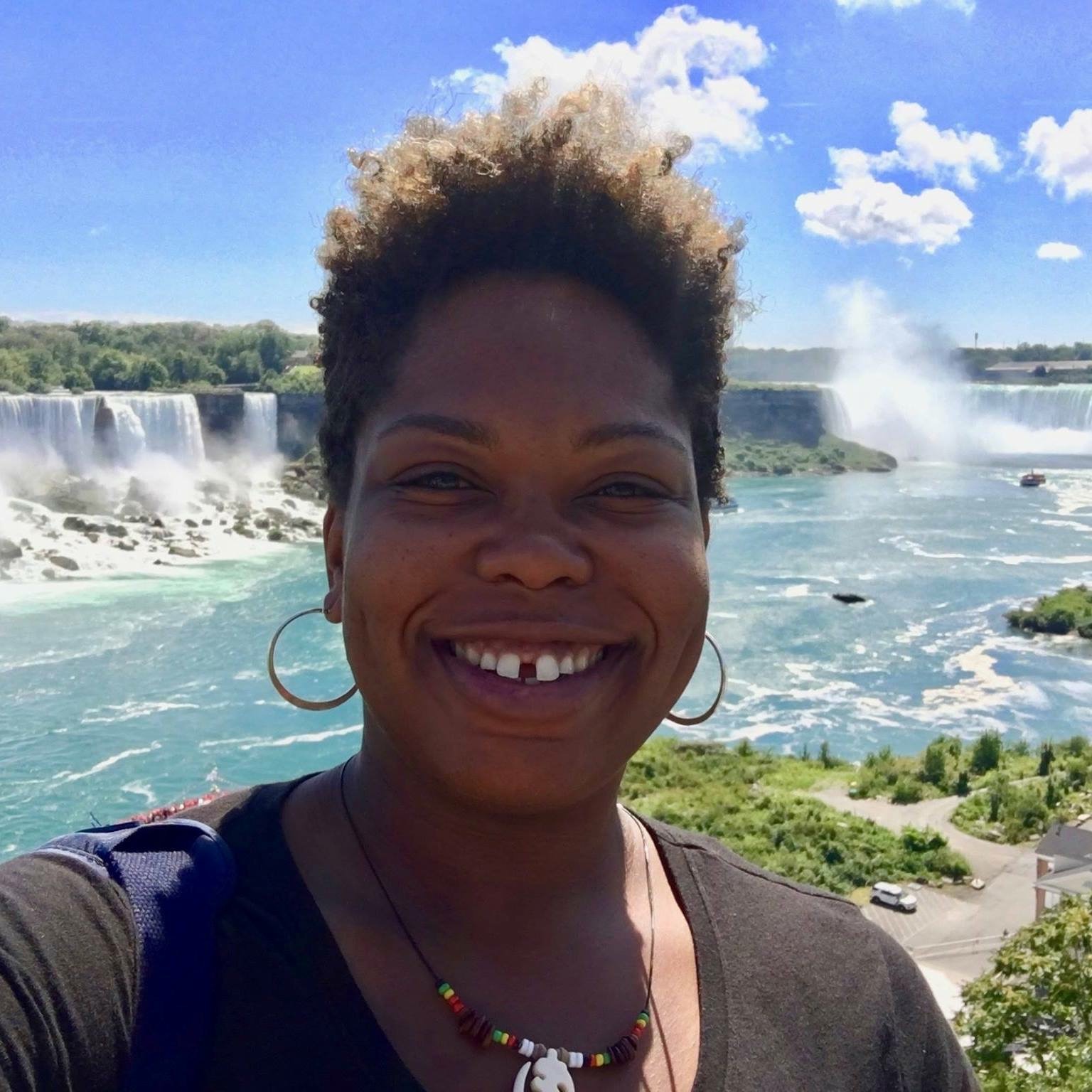 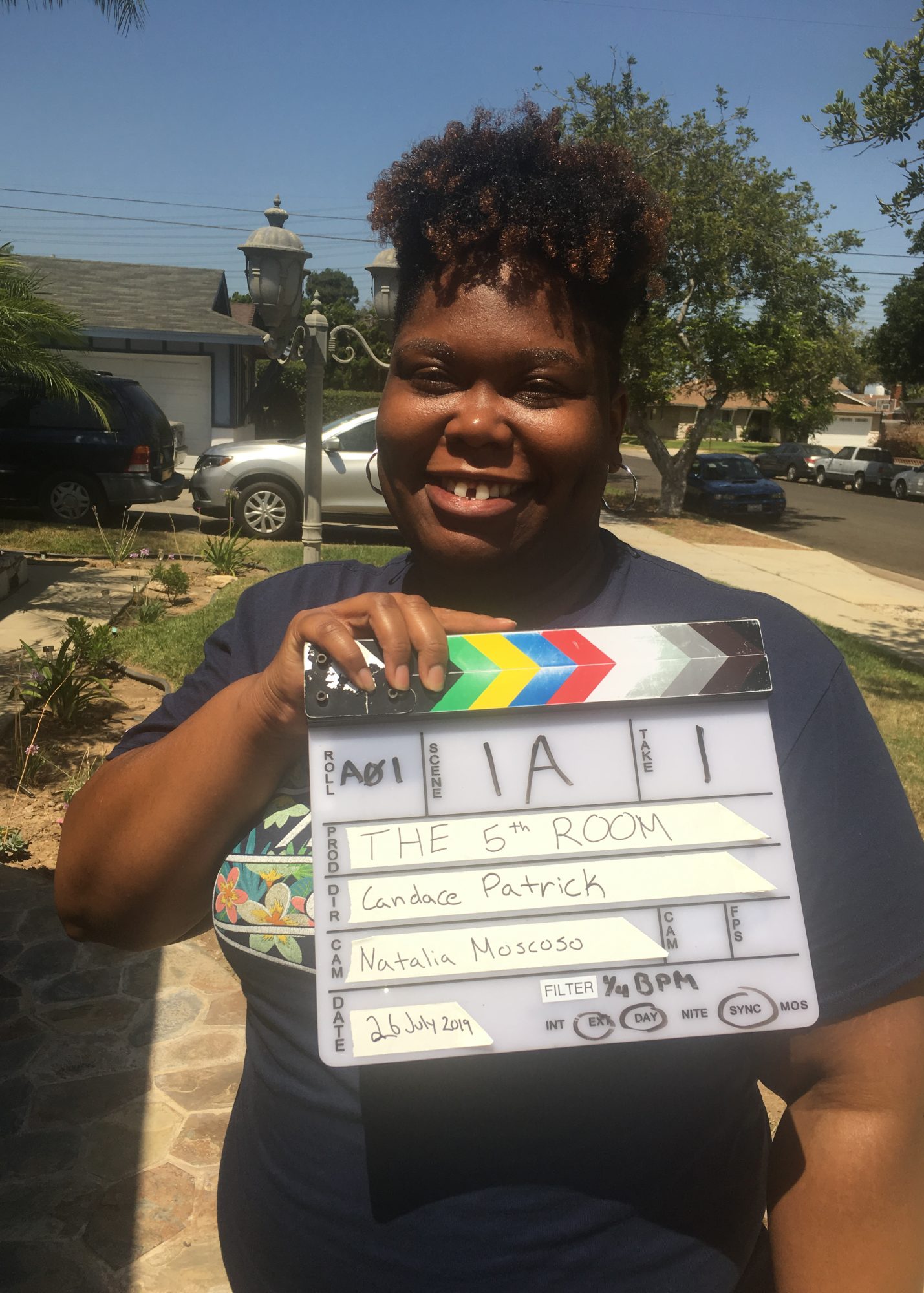