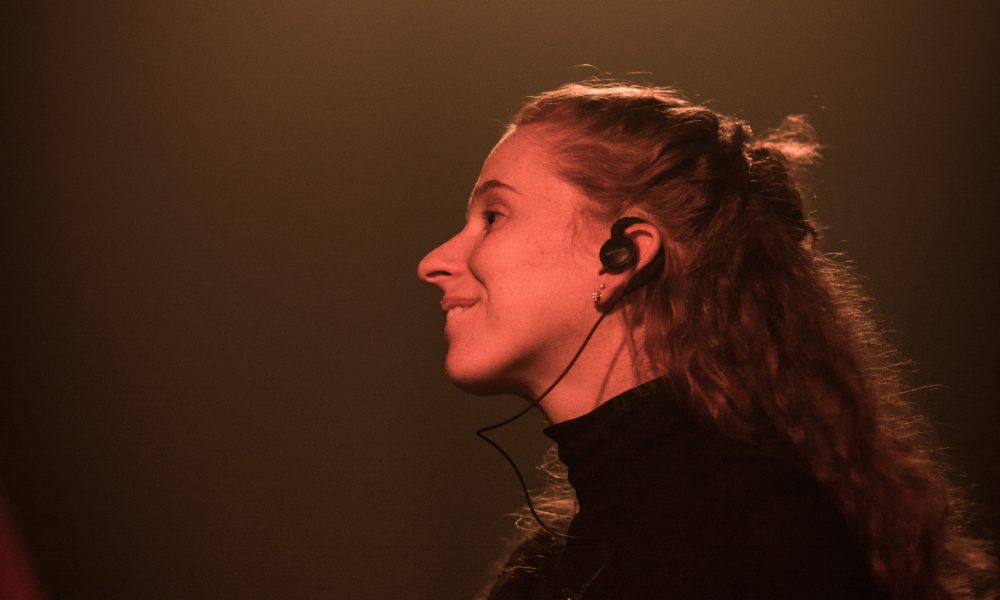 Today we’d like to introduce you to Camila Zavala.

Hi Camila, thanks for sharing your story with us. To start, maybe you can tell our readers some of your backstory.
I was born and raised in Lima, Peru. At the age of thirteen, I discovered my absolute love for theatre watching a theatre play. I was amazed by the set, the lighting, the talent, but especially by the actors’ ability to tell such a story flawlessly. It suddenly seemed so clear to me that there could be nothing better in life than to provoke thoughts and feelings in others in the same powerful way I had been provoked. I wasted no time before I started performing in every single school play and thrived in the opportunities to connect with others, making them think, laugh, cry and taking them from their reality for a while. When the time came to decide a major, I easily chose Communication Arts and Science in a Peruvian university not only because it would help me in my acting but also to learn how to move others through all aspects of communication. Indeed, as I immersed myself in my studies, I soon began to feel the same passion for the various other modes of communication, such as film, television and new media, that I had felt for theatre. I realized that through all of them, I could do what meant the most to me: to tell stories that would profoundly move people and even change their lives. I decided to dedicate my life to this endeavor and I threw myself into my studies, taking advantage of every opportunity I could find. At the age of 19th, I started my acting career in theatre. During this period, I realized that my career was not simply going to follow one specific path but rather would cover a wide scope that included production, acting, and directing.

Two years before graduating university (around 21 years old) I started a social media online video production company when I perceived a niche in the market that was not being met. At that time, big companies were wanting to create online digital content as a new way of advertising. However, the budget for these videos was very low and traditional production companies were not able to adjust. I took advantage of this opportunity and started to produce low-budget online videos for companies such as Samsung, Intel and Telefonica in collaboration with agencies just as McCann Erickson and Wunderman. I found that I was a natural entrepreneur who enjoyed every part of management: scheduling, budgeting, organizing the crew, and supervising every step until the video was ready. As the university came to its end, I wanted to expand my company and I co-founded PLAY | Storytelling, a video production agency that combines the role of an advertising agency with that of a production company. We are dedicated to creating storytelling strategies to address specific real-world challenges that require innovative thinking to communicate messages. Specifically, we transfer client ideas, products or services into stories, and we work with companies such as P&G, Unilever, Nestle, Gloria, Cadbury, and the Ministry of Transportation and Communication of Peru. They let us tell their stories in a business context.

At this moment of my life, although I had achieved some success as a storyteller and as an entrepreneur, there was so much more I still wanted to do. I wanted to communicate on a bigger scale not only my clients’ stories but also my vision of human behavior and emotions. I wanted to become a leader in the entertainment industry of Peru by producing films, television programs, internet series and theatre shows, thinking creatively but also commercially. I wanted to offer my country’s artistic, talented and creative people the possibility to generate profit by doing what they love. I was also realistic about the intense competition in the entertainment industry and understand the importance of a superior education in reaching my goals. Peru is a country that is rich in history and culture, one that provides boundless opportunities for a storyteller like me. However, I was also aware of its limitations when it comes to entertainment production. To reach my goals, I needed to learn not only about the essential building blocks for creating stories but also about financing and distribution. I wanted to acquire an in depth understanding of the industry so that I can enlighten, impact, influence and inspire others with my work. I needed the best instruction from working professionals in writing for the screen, directing, and especially producing so that I could apply these principles to my own projects. For this reason, I decided to pursue an MFA on creative producing at Columbia University, whose curriculum is built around the dual focus of creativity and business.

In 2016, I moved to NYC to start the program. During the three years MFA program, I received an interdisciplinary education, I had the chance to develop my craft, I met writers, directors, actors, executives and producers and other professionals that had helped me build a creative network. As soon as I finished the program me and my husband decided to move to Los Angeles in order to make more connections and keep building a film community. In these last years as a film producer and writer, I had been honored to win several awards and my films have been selected in various festivals around the world including the Tribeca Film Festival, Telluride Film Festival, Palm Springs International Shortfest and Austin Film Festival. The last short film I wrote and produced “The Catch” -officially selected for the Tribeca Film Festival 2020- received the Katherina Otto-Bernstein Production Grant and the Bertha Tamayo Grant during the production stage as well as the Richard Brick Award for special distinction in producing. Today I am a Sundance Creative Producing Lab fellow and on 2019, I was a Film Independent Producing Lab Fellow for the feature film Malpelo, supported by the Alfred P. Sloan Foundation and selected by Film Independent for their Fast Track Finance Market 2019, Screenwriting Lab and Directing Lab 2020.

Would you say it’s been a smooth road, and if not what are some of the biggest challenges you’ve faced along the way?
Back in Peru, my biggest struggle was to create and fund a company from scratch. I had to constantly prove myself to the rest of the world and try very hard to get people to trust me. Not only because I was very young but also -I believe- because I was a woman. After a couple of years, I felt very proud of the things I was achieving but I knew I had so much more to learn and that I had to think bigger so I decided to go back to school. That was another big challenge; to stop everything I was doing in order to move to a new country to keep studying. Then, when I graduated I believe I had the biggest challenge of all; to start all over again but this time in a new country. No one cared what I had done before or if my production company in Lima was successful or not. I had to prove myself all over again. When you dedicate yourself to the arts, you find many struggles along the way; you are constantly creating ideas but only a few of them get made. You need to be prepared to hear many NO´s along the way and be strong enough to keep trying.

Can you tell our readers more about what you do and what you think sets you apart from others?
I am a creative producer, writer, actress but a way I like to describe myself is as a storyteller. Today I specialize in creative producing; I develop stories with amazing collaborators and do everything it gets to get them made. I am proud of all the projects I have done and all the collaborators I have found along the way. Something that defines me as a creative producer is my understanding of story.

Who else deserves credit in your story?
Mentors/ supporters; Film Independent and Sundance Institution for believing in me and the projects I am working on. Giving me the opportunity to have a film community in the USA and introducing me to amazing people that help me every day to push my projects forward. Teammate: Writer and director Victoria Rivera who is my partner in crime in all of the projects I am working on and developing. For her amazing talent creating stories that I just want to get made and for having a voice that I want the world to listen. 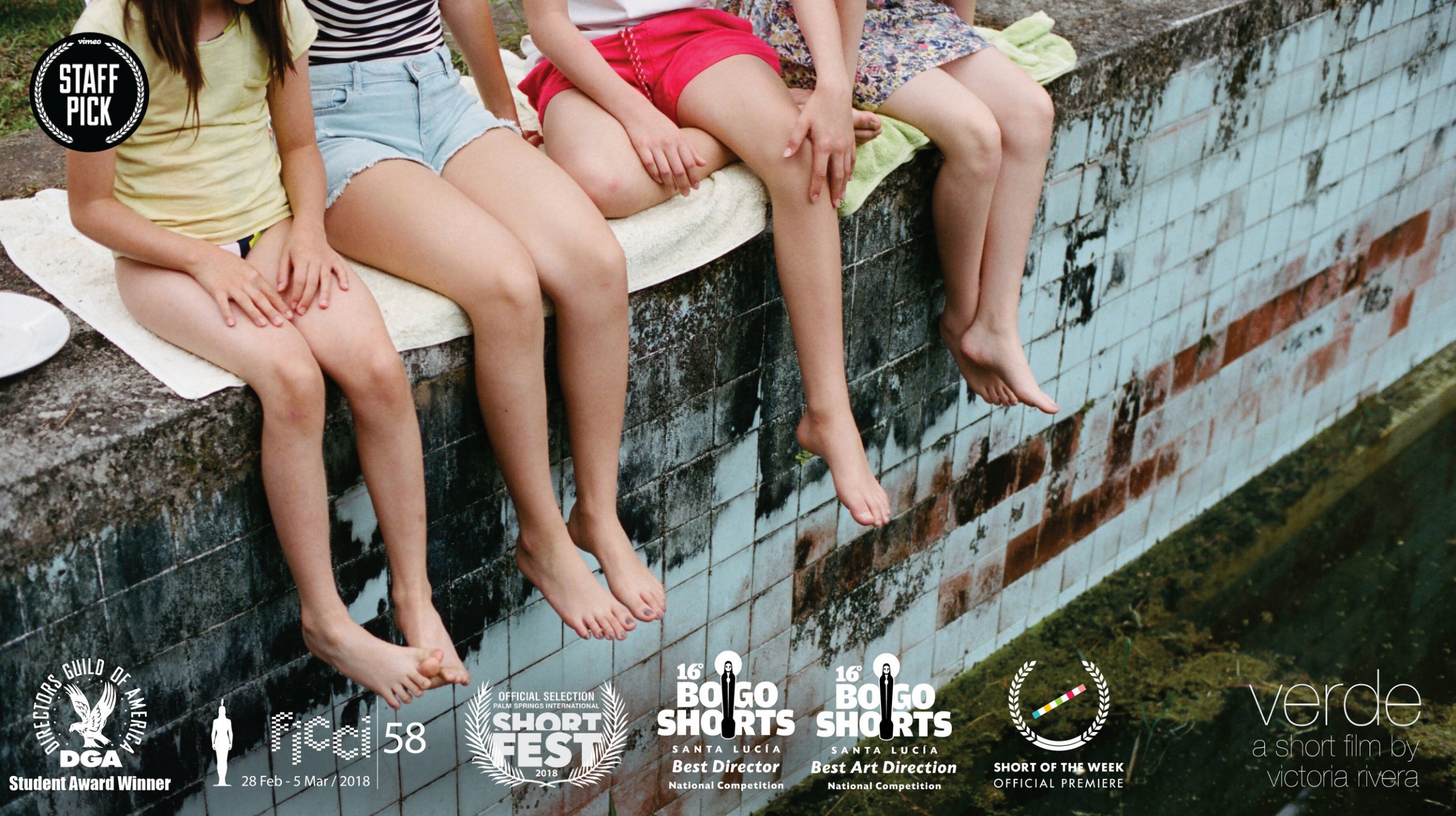 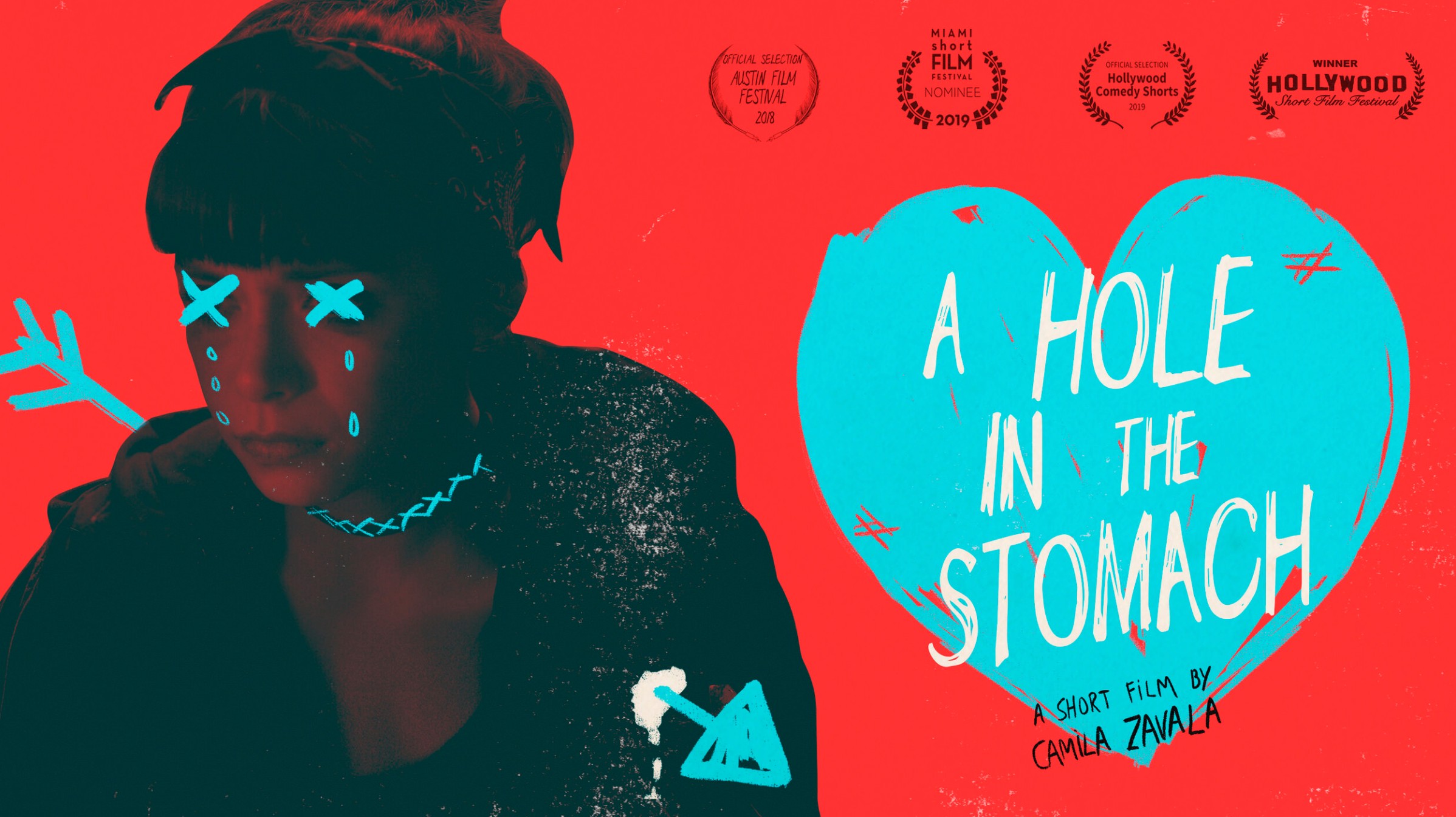 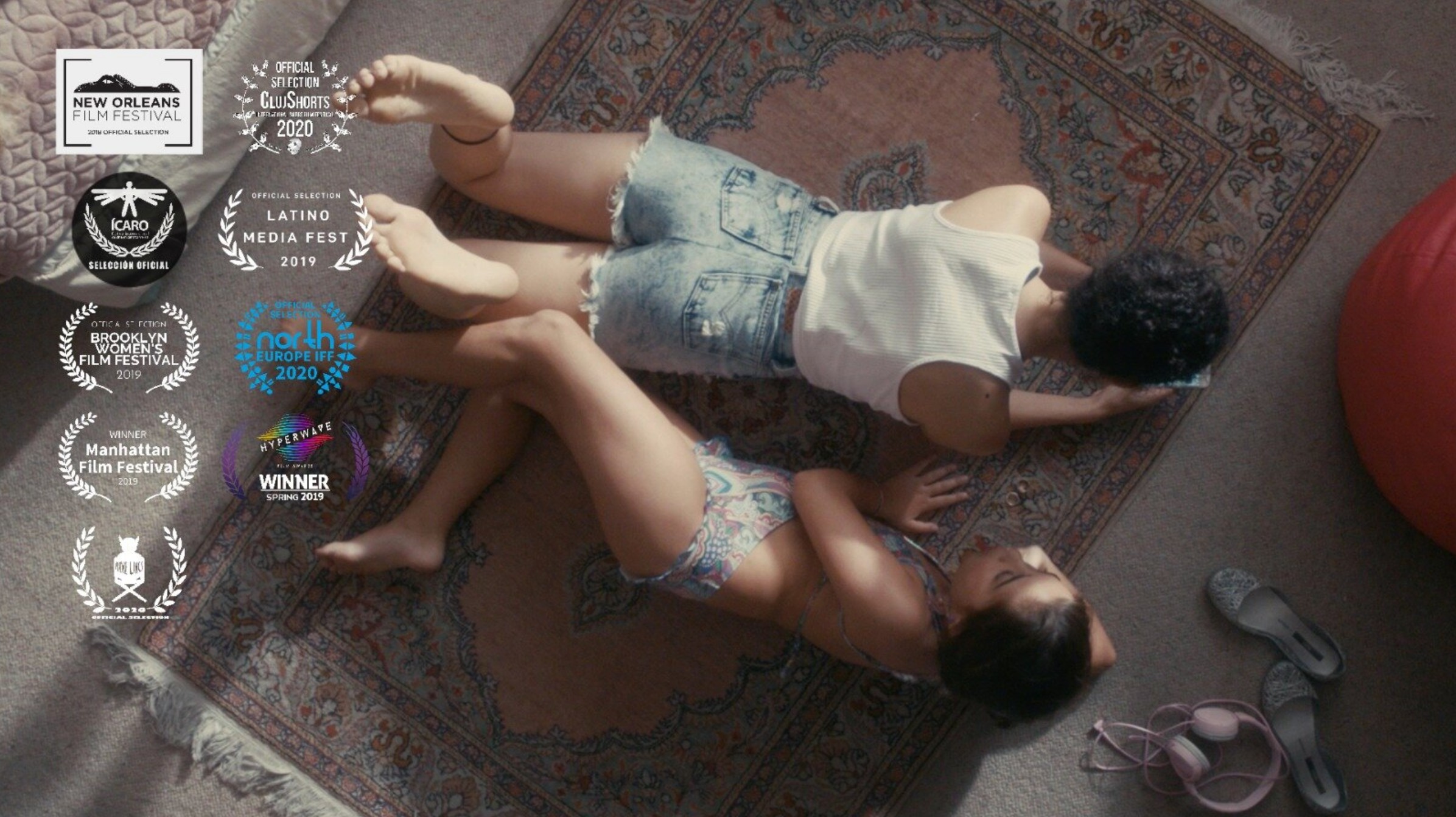 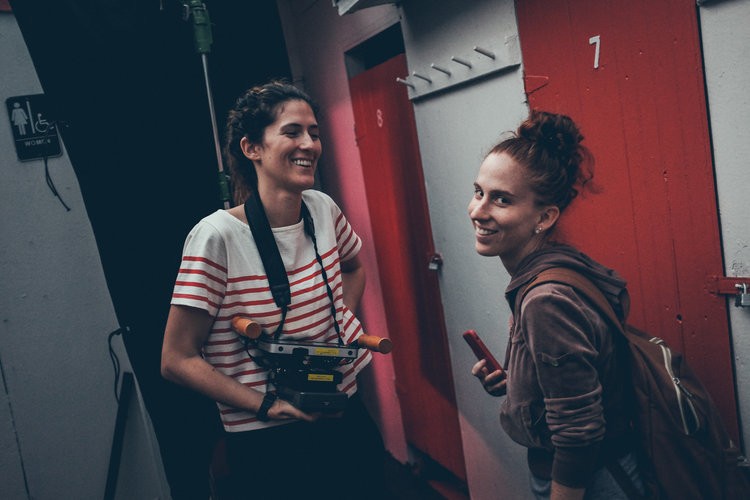 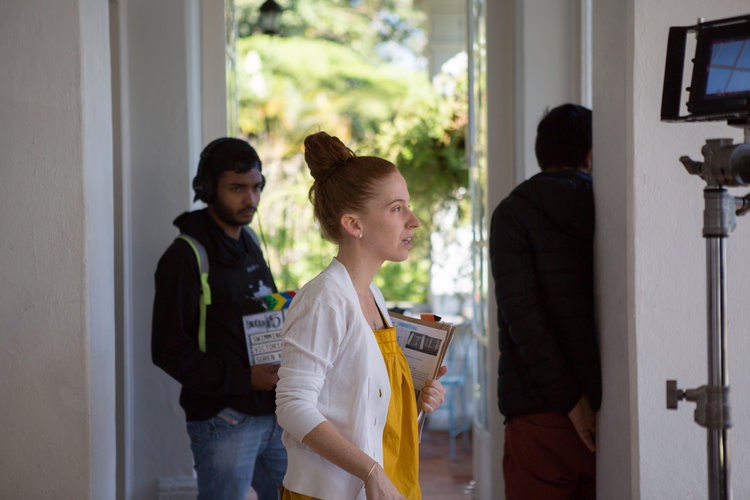 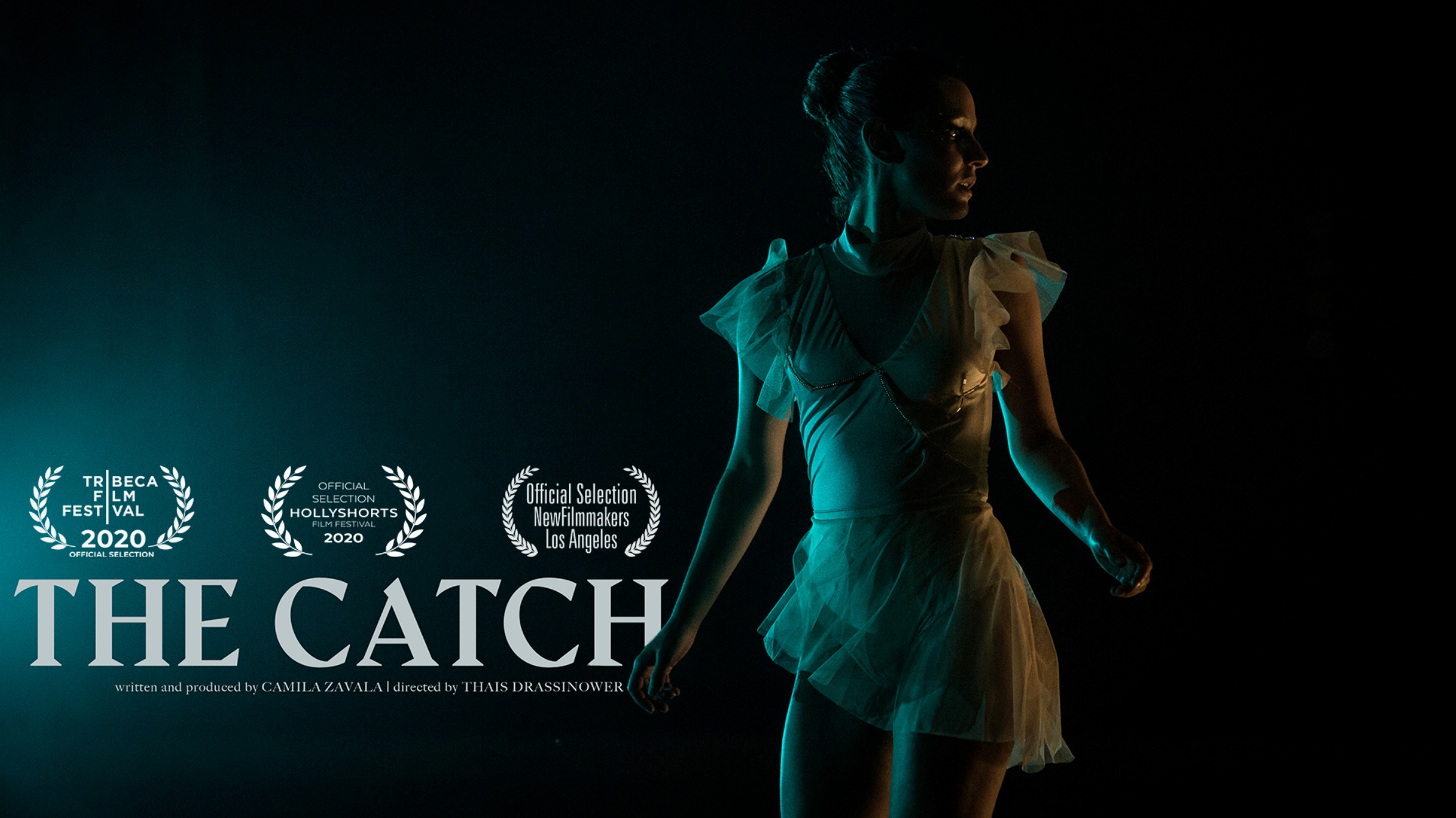 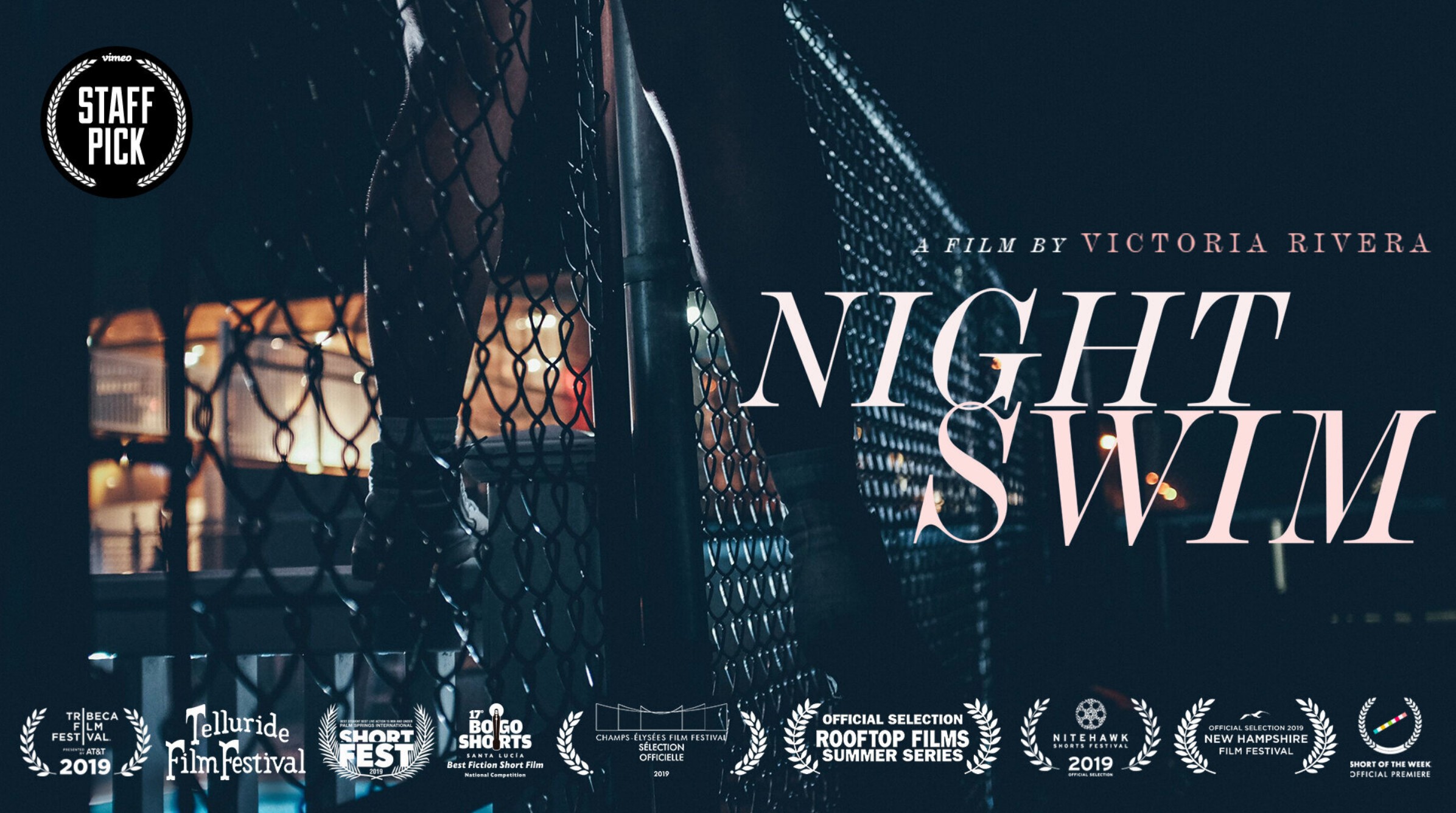