Meet Cameron A. Mitchell of Tequila Mockingbird Productions in The San Fernando Valley 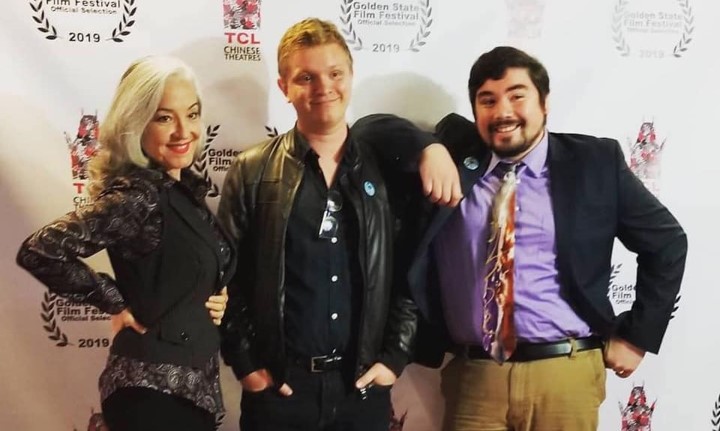 Today we’d like to introduce you to Cameron A. Mitchell.

Thanks for sharing your story with us Cameron. So, let’s start at the beginning and we can move on from there.
I’ve always known that I wanted to be a writer, but I grew up in a place where that wasn’t exactly normal. I used to be embarrassed about it – I remember hiding Writer’s Digest magazines under my mattress when I was a teenager. Looking back, I honestly don’t know why. My friends and family back in Alaska couldn’t have been more supportive. They all bought my first book (some of them even read it!) and continue to enthusiastically cheer me on to this day.

When I came to LA, all of that embarrassment melted away. Suddenly I was around people who shared my interest. Not only could I talk about the things I was writing, but THEY were writing too! It was like a whole new world. I started taking classes at Los Angeles City College, where I discovered that I really loved directing. I also let other people discover that I was good at producing at AD work, which means to this day, I’m stuck with it.

There’s something about taking something that started off as words on a page and seeing it brought to life, bit by bit, that’s unbelievably special. I’ve directed several things now, and each time I feel that same excitement. It’s real! It’s happening! It’s a movie! Even with projects, I am ultimately unhappy with I look at them with pride, because a lot of people don’t finish what they start. My team does.

I met my partners Andrew Menjivar and Thresa Richardson at various points. Andrew came on board my second short film to save the day in post-production. T interviewed me at the radio station they both worked at, some piece about indie filmmakers. I remember rambling a lot. I still don’t do well on camera (or microphone), but I know it’s sometimes a necessary evil. We discovered that we really liked working together on a short film shoot in 2017. A second project, done under the 48 Hour Film Competition, cemented it: we became Tequila Mockingbird. They do a lot of the work, but I’ll take full credit for the name.

Since coming here, I’ve consistently worked freelance. I’ve produced short films, music videos, and commercials. I’ve worked in the offices of some pretty big movies, and I’ve gotten to at least interview for cool TV shows. I’ve worked with household names and people who will be sooner than they think. I’ve gotten lucky because the majority of the crews I’ve worked with have been great people. The not so great people… they’re either not working anymore, or they’re on their way out. A good attitude is everything in this business. I’m surrounded by a pretty solid team.

Overall, has it been relatively smooth? If not, what were some of the struggles along the way?
It absolutely has not! Being an indie filmmaker is tough. It means long hours, brutal workloads, and not nearly enough money to even survive, much less pay all your bills on time, eat, and maybe enjoy yourself for a day or two now and again. But there’s nothing else I’d rather be doing, and nowhere else I’d rather be. I don’t have a Plan B. Even the worst day on set is better than the best day anywhere else.

Please tell us more about your work. What do you guys do? What do you specialize in? What sets you apart from competition?
We have one rule at Tequila Mockingbird: No jerks (but ‘jerks’ isn’t the word we use). We work well together, and we have a blast doing it. We have a high bar for quality, and we get things done. When we start something, we’re guaranteed to finish it. I’ve built my own reputation on that even prior to Tequila Mockingbird. So many people let their film languish in post-production, or give up on it entirely. I would go crazy if I let something like that happen.

We’re in development on our first feature film, a psychological thriller about a young gay man seeing ghosts at his church. It’s based on my short film Looking In, and after some festival success in Arizona, I decided to expand it into a feature. The script has gotten some interest, and some positive response, and we’re determined to bring it to life this year.

In the meantime, we like to work. We keep busy with whatever we can get our hands-on. We’ve done commercials, short films, music videos. Several times we’ve had past crew members (like Chloe Caldasso) or actors (like Danielle Dellaporta) approach us with their own fledgling projects, and we’ve been proud to help them create their first films. We tend to leave a good impression with the folks we work with.

One thing we take particular pride in is the diversity of our cast and crew. We’ve worked with a lot of really incredible women over the years, and it’s always a joy to bring them into the fold. Regular mainstays like Jazmin Ortiz, our frequent sound operator; Andressa Cor, an amazing DP who has shot two short films for me; Abby Corbett, a terrific editor and colorist, Even offset, with someone like Ashley Rowe (who is the best actor, writer, performer, dog painter, and all-around artist I’ve yet to put on camera) who does our social media.

Our crews tend to be majority female, which is something I don’t tend to think about until I work on projects outside my bubble and realize our industry still has a long way to go. I carry that mindset with me when I have the power to influence cast and crew. A recent short film I produced independently (called The Hostess, written, directed, produced, and starring the indomitable Rosalie Alspach) had only one other man on the crew besides myself.

What is “success” or “successful” for you?
I want to make a living doing what I love. I want to not worry about money, about which bill is due when and which credit card has which amount on it. When I go to Von’s I want to buy what I actually want, not just what’s on sale. I’ve been there before, and I’ll be there again. The best and worst thing about working freelance is that it’s inconsistent. But I know that I’m getting somewhere, that I’m growing as a filmmaker with every project, and that if I keep at it, I’ll get where I need to be.

The goal is to be in a place where I’m comfortable. Where I can support my friends’ projects, make the movies I want to make, and maybe play ridiculous pranks on the people, I love. Hopefully. 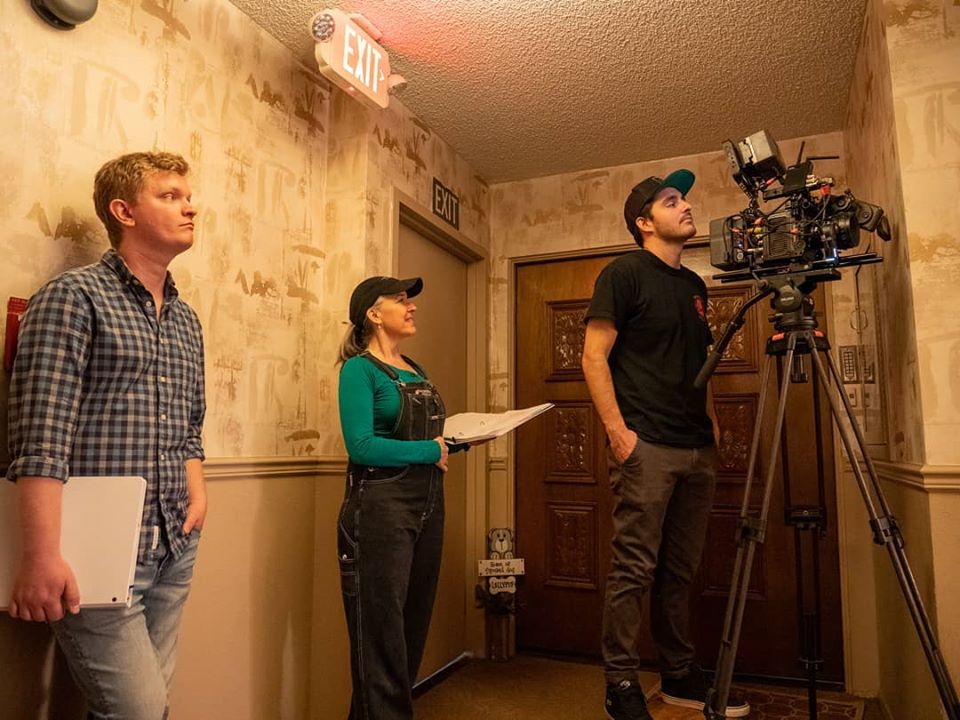 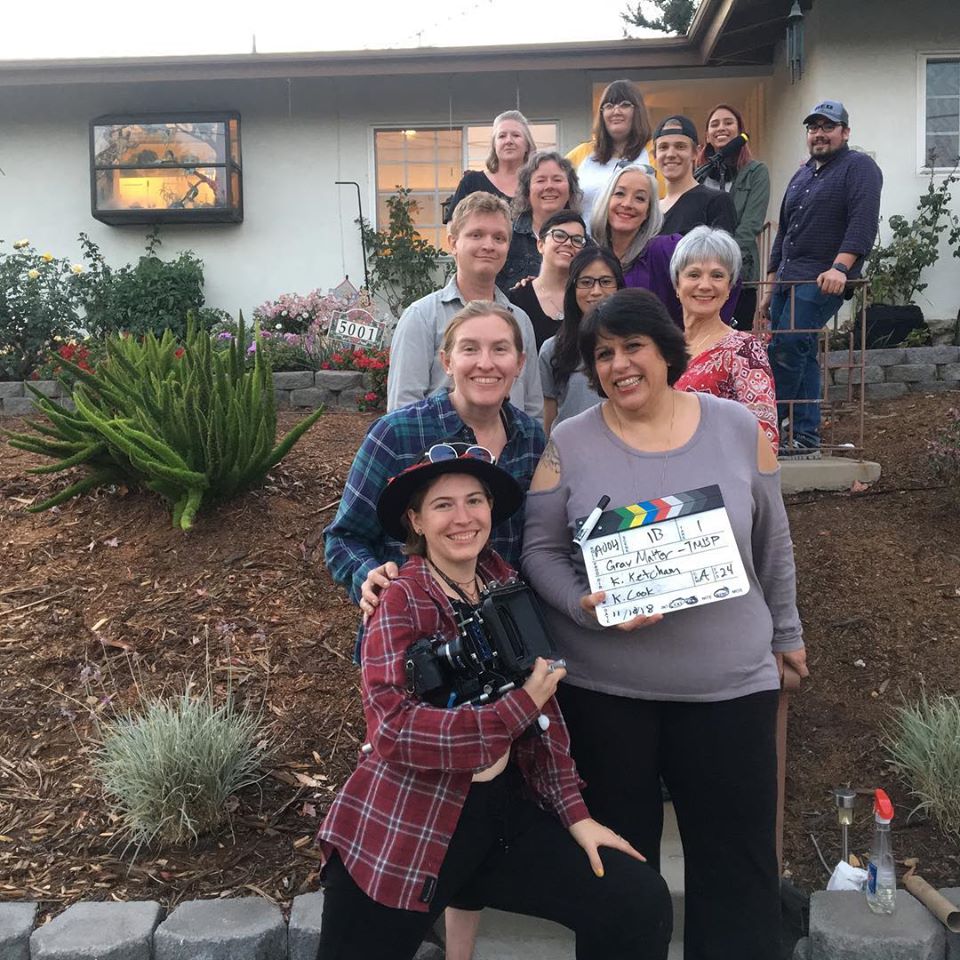 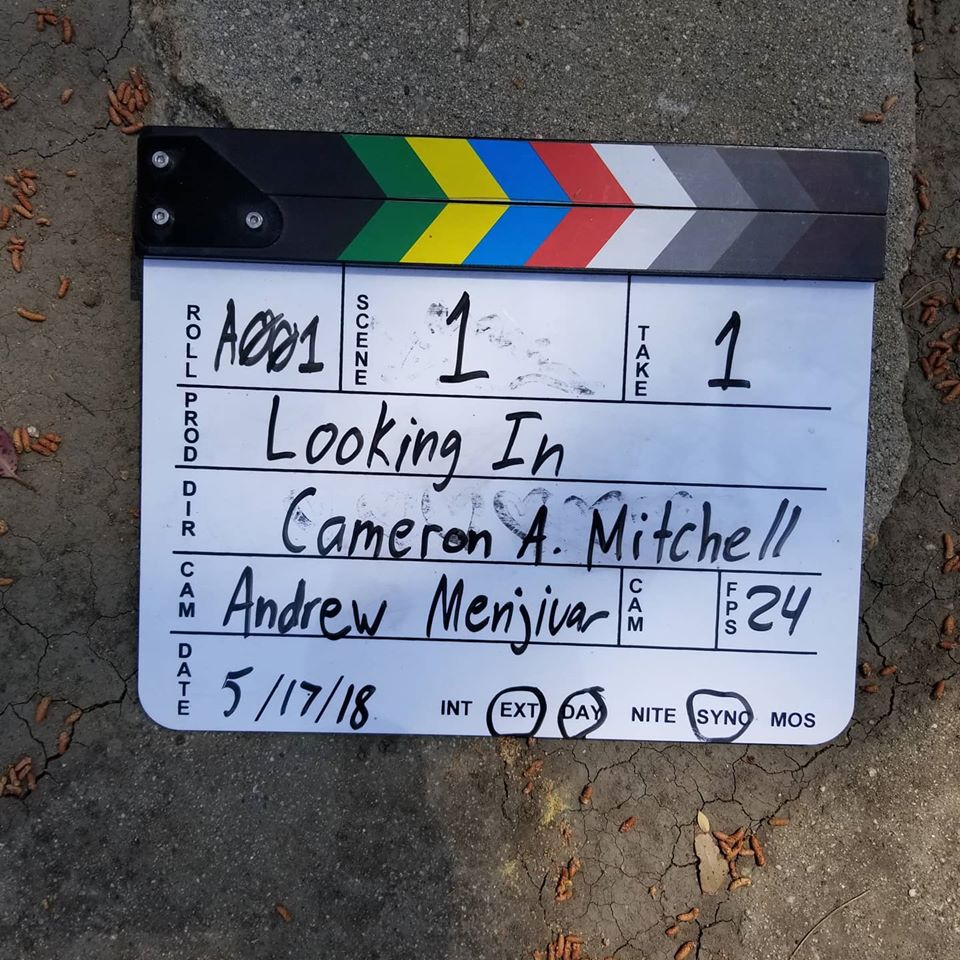 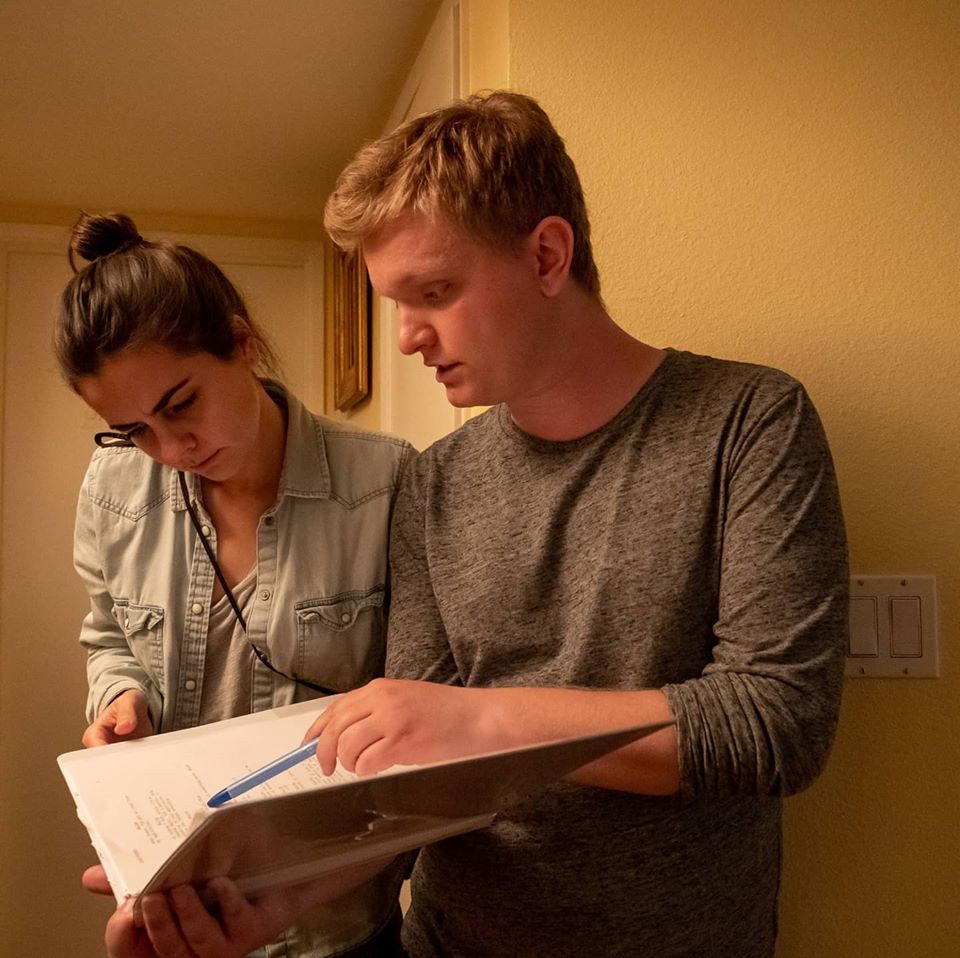 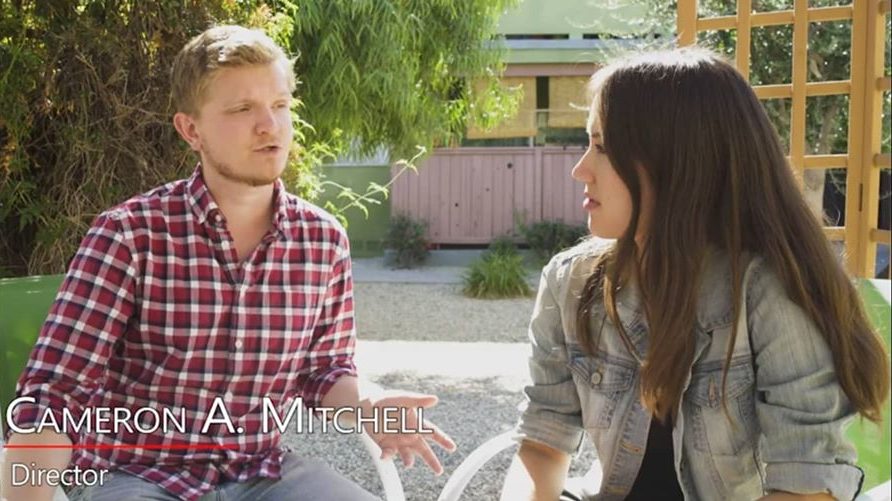 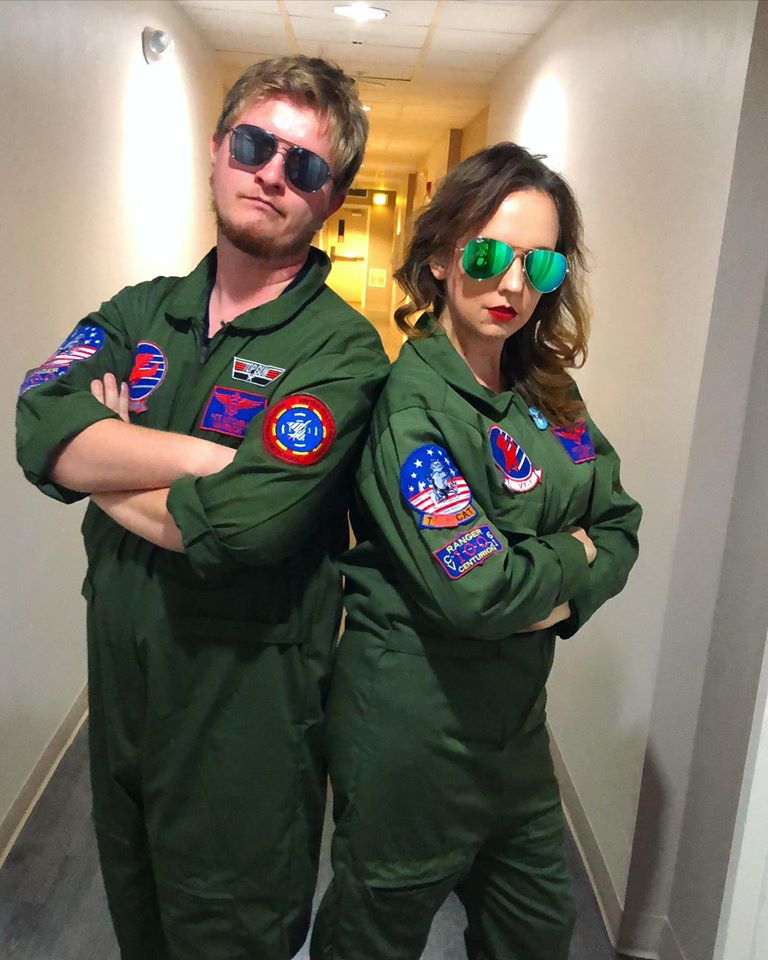 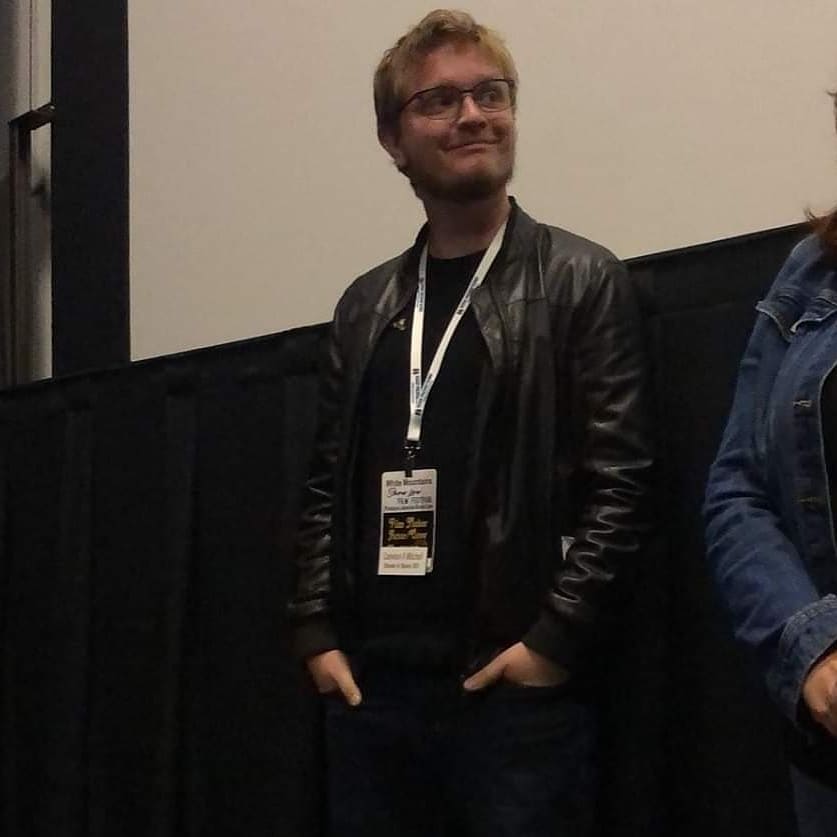 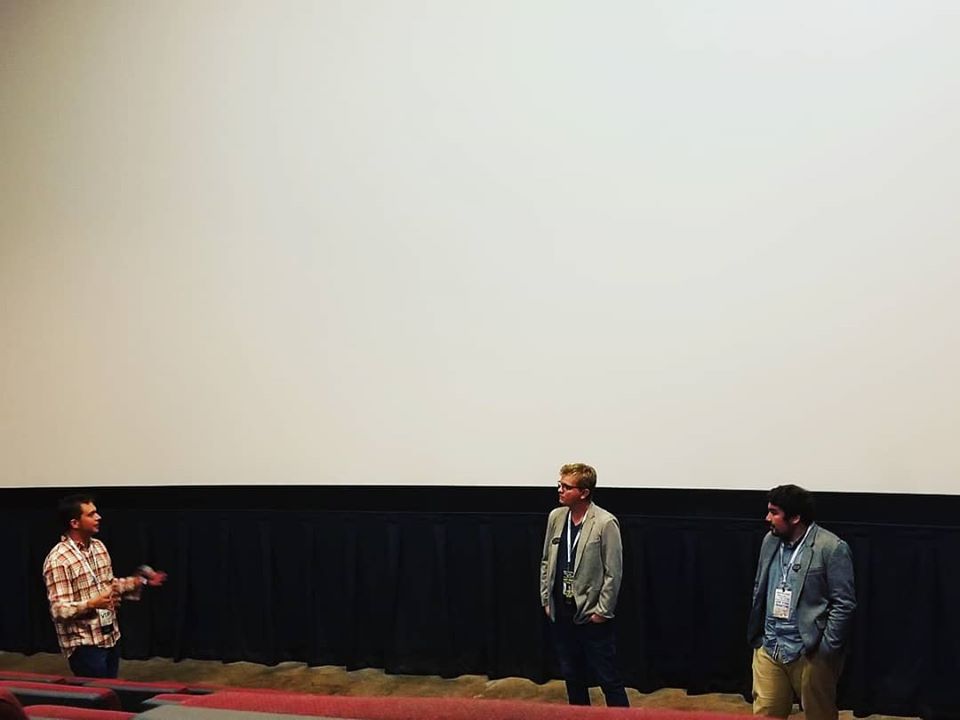 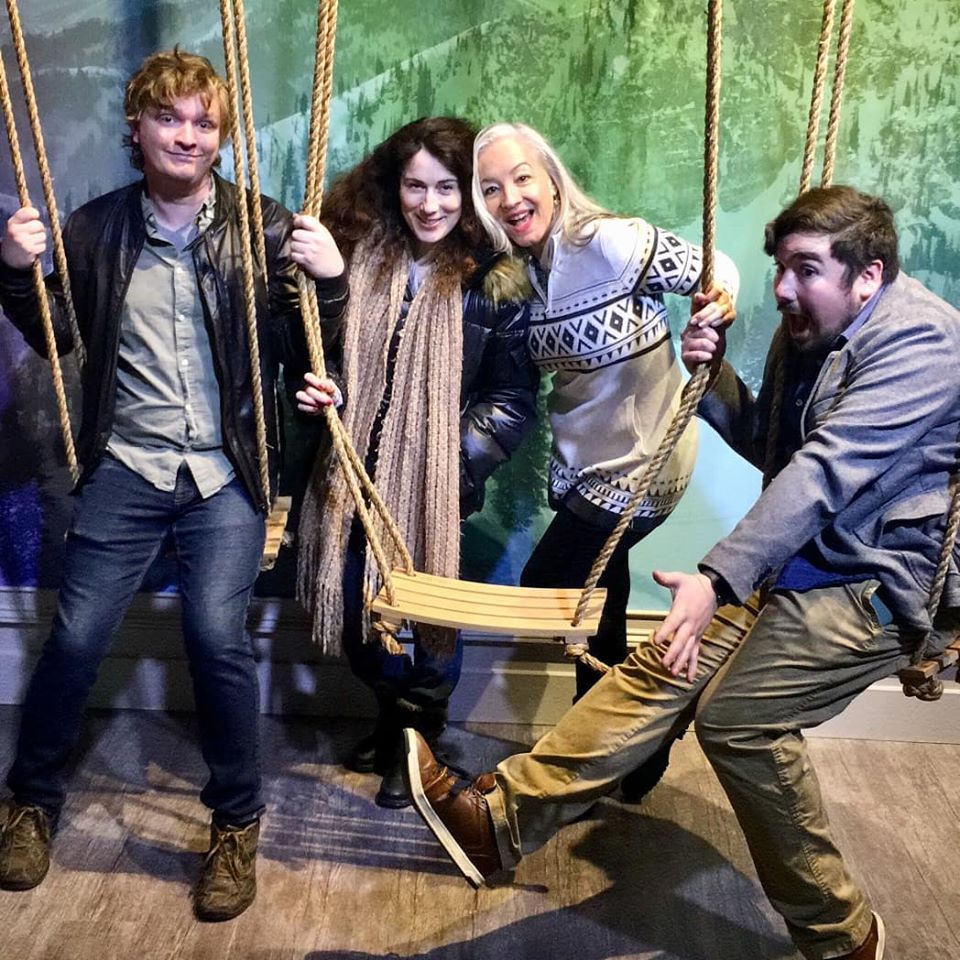