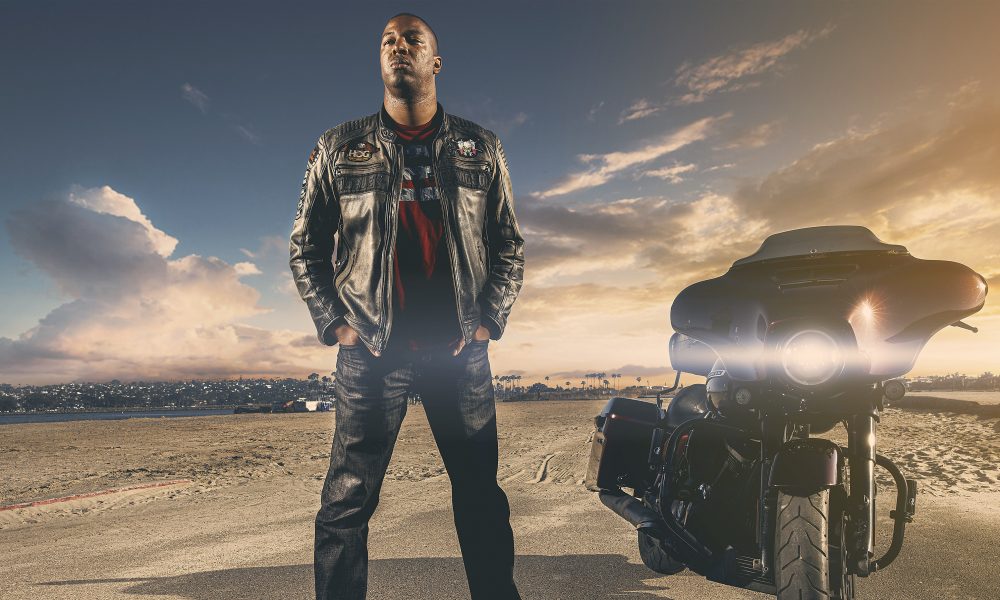 Today we’d like to introduce you to Cameron Alford.

Cameron, please share your story with us. How did you get to where you are today?
I’ve dreamed of being an actor for as long as I could remember. Growing up, I don’t think there was ever a time where I wasn’t either in front of a television screen or in a movie theater. My father used to always take me to plays when we lived in Atlanta. I’ll never forget the first play I actually saw was Aida followed by The Lion King. I just always knew performing was something I wanted to do with my life. So, going through high school, I stayed attached to Drama Club and participated in as many plays as I could be in. To this day, I still remember them all like it was yesterday. I was also a really big band nerd back then. I played tuba and, even now, I’m trying to teach myself piano. After I graduated from high school, I was accepted into the University of Alabama and I plan was to attend on a music scholarship.

Unfortunately, I didn’t receive the scholarship and had no other way of paying for college. So, I decided I’d join the U.S. Navy in order to help me pay for school. My goal was always to find my way out to California to attend acting school somehow. I figured this would be the best way. To serve my country and to also be able to afford school. In my eyes, that was a win win situation for sure. Well, I joined in 2006 for what I thought at the time was only going to be four years. Before I knew it, that four years turned into fourteen. During my time in, I was able to make life long friends and learn so many things about myself and about life that I honestly don’t think I would have learned anywhere else.

Within my first four years in, I did a tour in Iraq which was by far one of the scariest yet eye-opening moments of my Naval career. After three years in Virginia, I received orders to Port Hueneme, California. Spent three years there working with the Seabees and then I was transferred down to San Diego where I spent my last eight years finishing up my service, pushing through school and cosplaying it up during Comic Con each year. During this entire timeframe though, the acting bug never left my mind. I was always passionate about it and that passion never left. I went to college on and off for about ten years trying to find that “backup plan” that you’re always told about when you want to go after an artistic related career. I jumped from early childhood education to nursing (I have a family full of them) to finally deciding on Journalism and Mass Communications. I received my BA from Ashford University in November 2019. After I hit the ten years mark in the military, I was often told I should go ahead and make it a career. I struggled with it often. I knew the military wasn’t what I wanted long term but it paid my bills and I was afraid of jumping into the unknown unprepared.

So, I made the decision about two years ago to leave the military to pursue my dream of acting and mapped out a path. I loved working with kids and, since I did this before active duty, I was reintroduced to it by a friend as a way to save money for starting my life in LA. After much research and consideration, I decided I would move overseas to teach English in Xiamen, China for a year. This way, I could save a great amount of money a move to LA the following year to start school at the American Academy of Dramatic Arts. All my separation paperwork from the Navy was already in place and all the work to travel to China to teach English was completed (bachelor’s degree, teaching English as a foreign language (TEFL) certification and my work visa). A few days before I was set to leave the world was hit with the COVID-19 pandemic which ruined my plans. My separation continued without a hitch but now I was going to be without a job.

A few days later, I was offered a contracting job with the military doing the same type of work I did while on active duty. So, I lucked out. My plan currently is to continue to work here in San Diego and make the move to Los Angeles next Summer to attend school and finally pursue a career in acting. I have no plans of stopping until I reach my destination and even then, I’m going to keep pushing forward!

We’re always bombarded by how great it is to pursue your passion, etc – but we’ve spoken with enough people to know that it’s not always easy. Overall, would you say things have been easy for you?
It has definitely not always been a smooth road. There were surely bumps along the way. Military life in general can sometimes be a struggle. Having to be away from friends and family. The long deployments and hours. Be ready to go at a moment’s notice. You just never knew what to expect at times but I wouldn’t change that time for anything in the world. The road my life has taken and the events of it all, both good and bad, have made me the man I am today. So, for that I’m thankful.

We’d love to hear more about your work and what you are currently focused on. What else should we know?
Right now, I work the administrative side of the house for the Navy. I deal a lot with correspondence and paperwork. It’s basically just your day to day paperwork that comes in and goes out of our Administrative shop. I also recently finished a short film called “Unconditionally” and a reading of “The Open Hand” with the KL Players.

Has luck played a meaningful role in your life and business?
Wow, if my mother was with me right now, she’d say boy we don’t believe in luck! You’re blessed! Lol! My family has always been about God and everything that comes along with that. For me, I would say it’s a mix of both, as well as being in the right place at the right time. However, I also know that I have a family that prays for me on a regular basis. So, as much as I may give my parents slack or the I’m not really listening vibe, I definitely believe in the power of prayer and I know that it can definitely change things. Don’t tell them I said that, I’ll deny, deny, deny! Family is everything though and I’m fortunate enough to have an amazing family as well as be surrounded by great friends and coworkers who I also consider family. So, I’m blessed for sure. I also believe that you get out what you put into things. When it comes to life, as hard as it may be, I try to see the positive in things and keep that motivation going. I have had some tremendous things happen in my life. Some amazing and unreal, some shattering and heartbreaking but that’s just life. We all have them at some point or another. I strongly believe that everything in life happens for a reason. We may not understand them in the moment, but there’s definitely a lesson or a take away from it. It’s not the events themselves but how we respond to them. 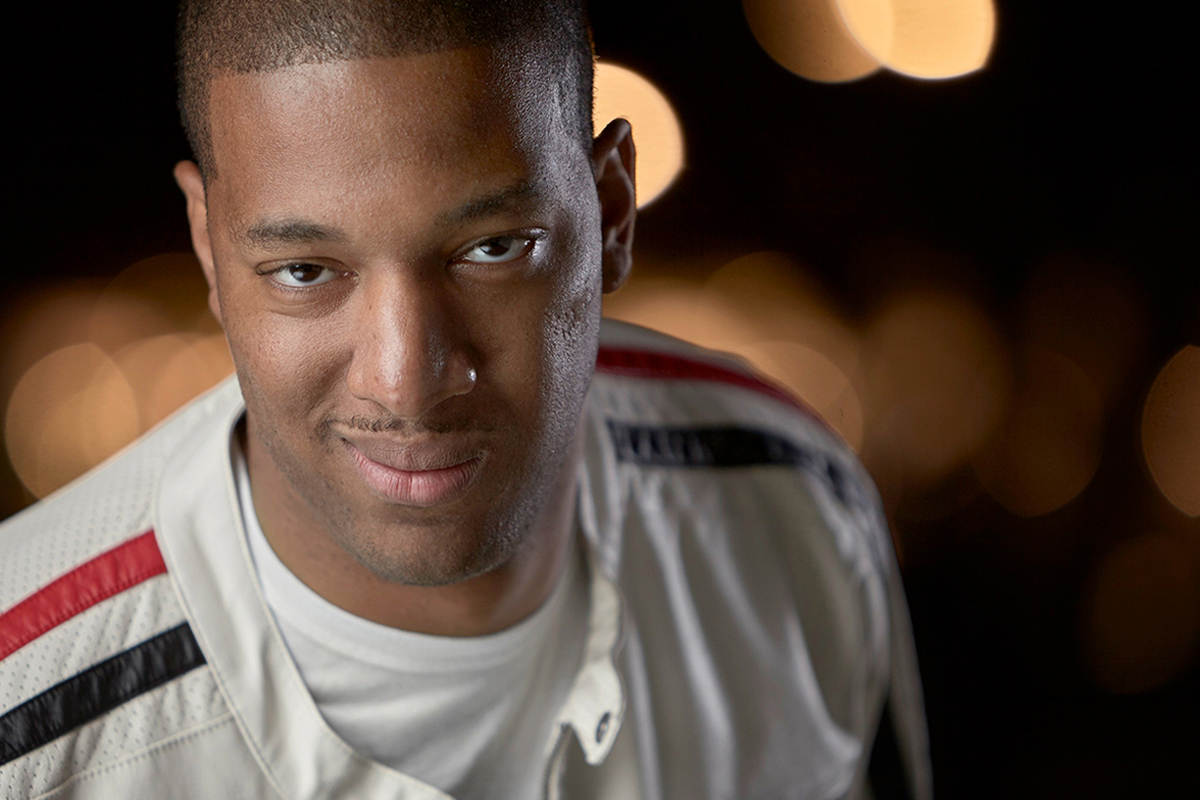 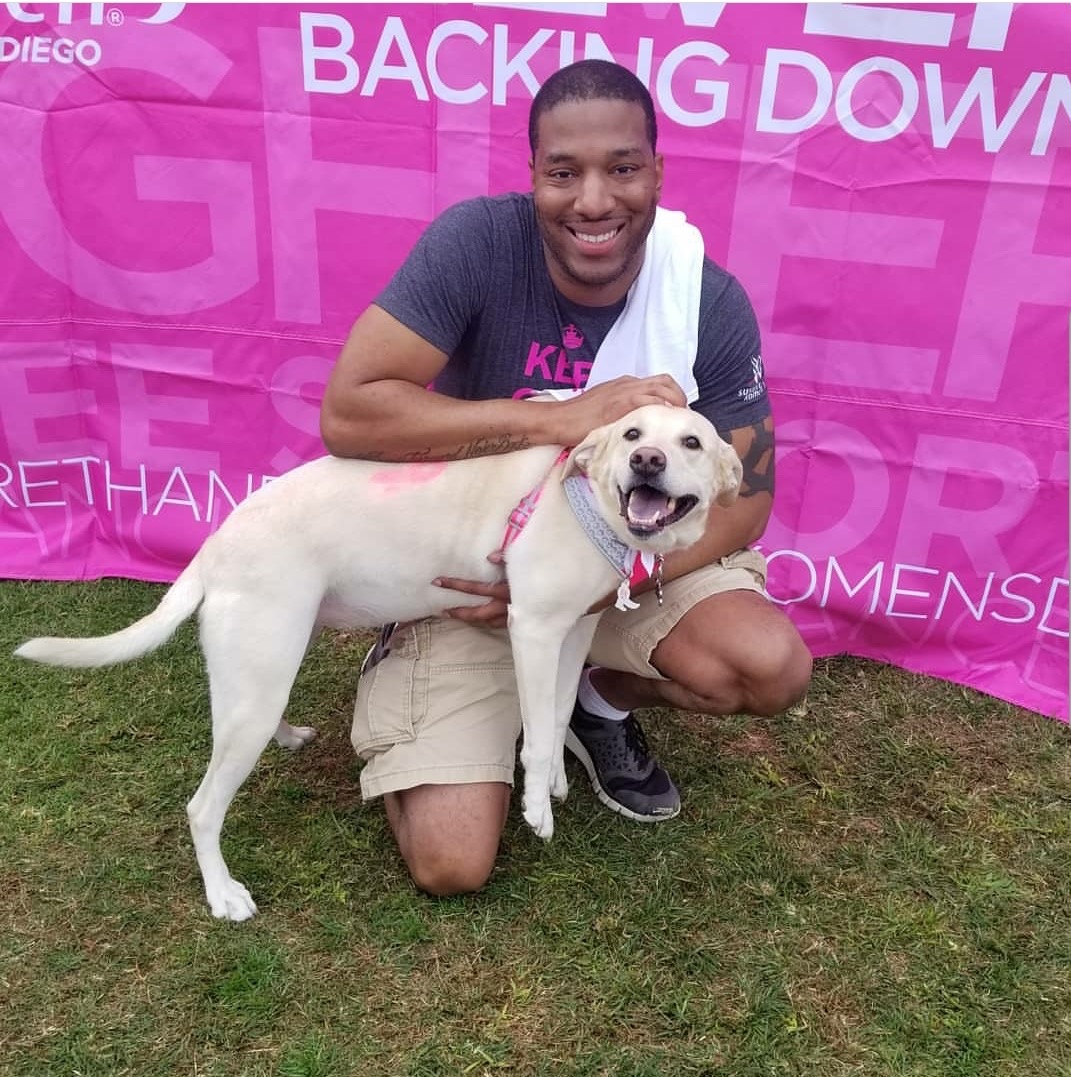 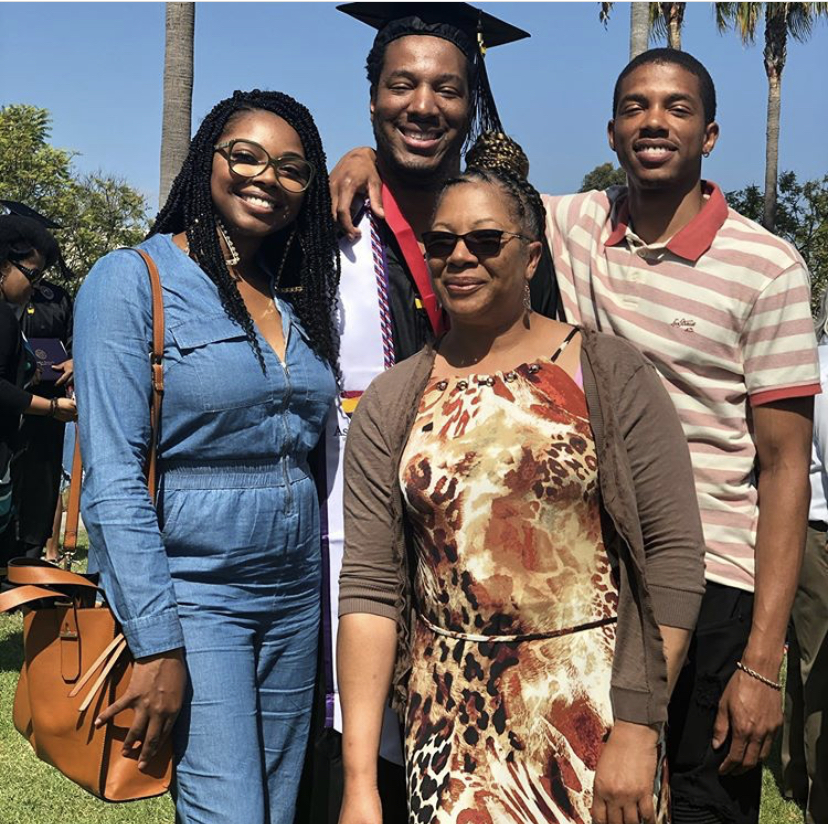 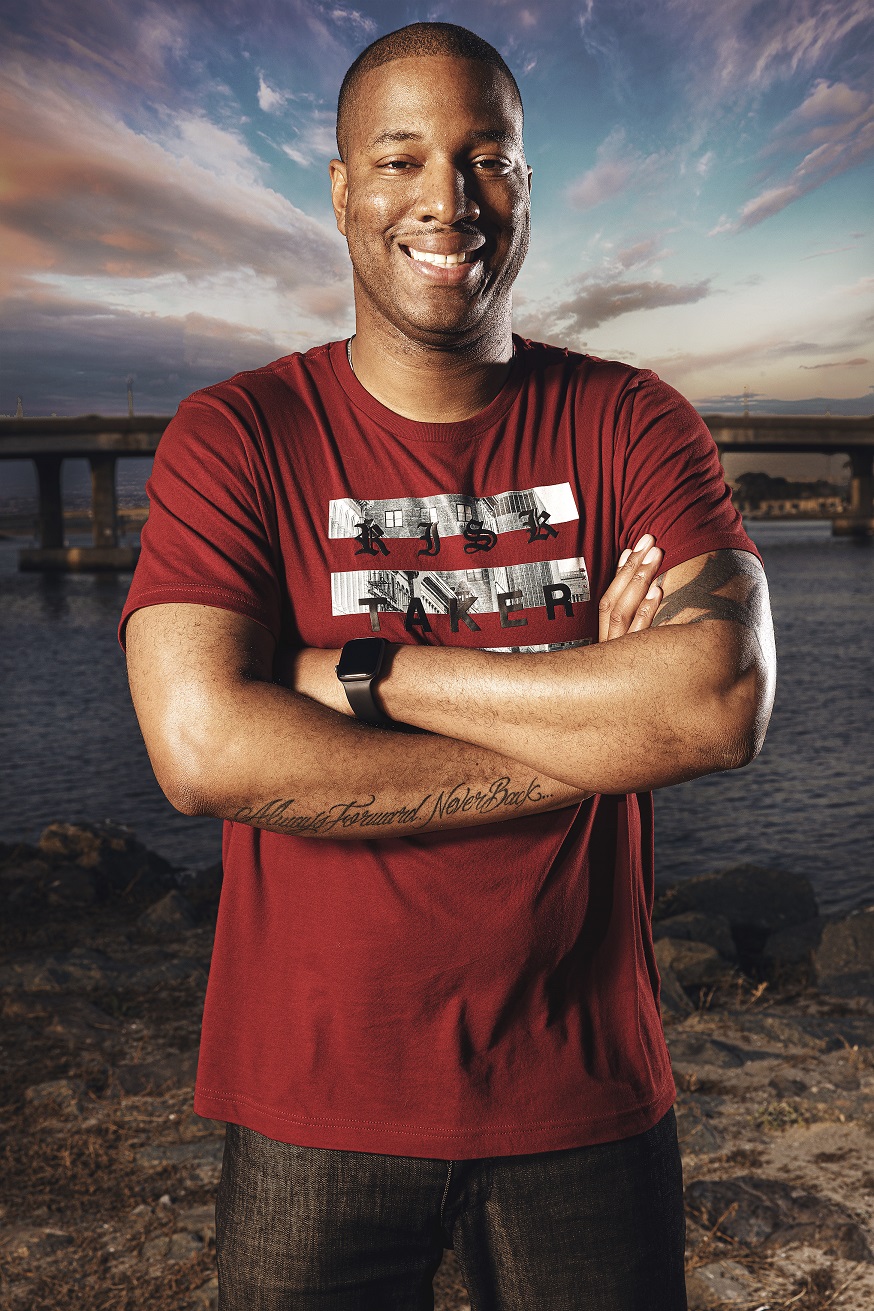 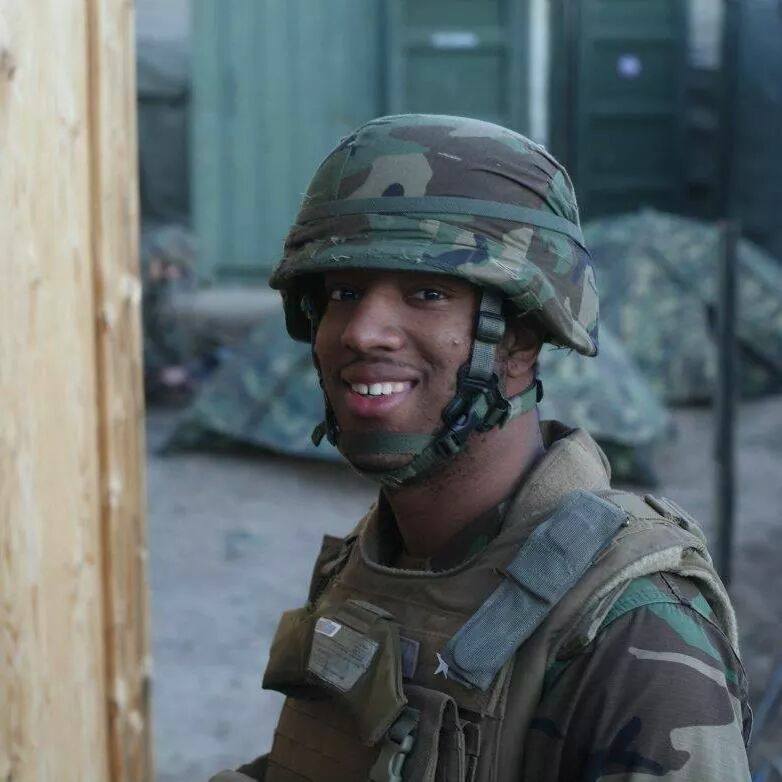 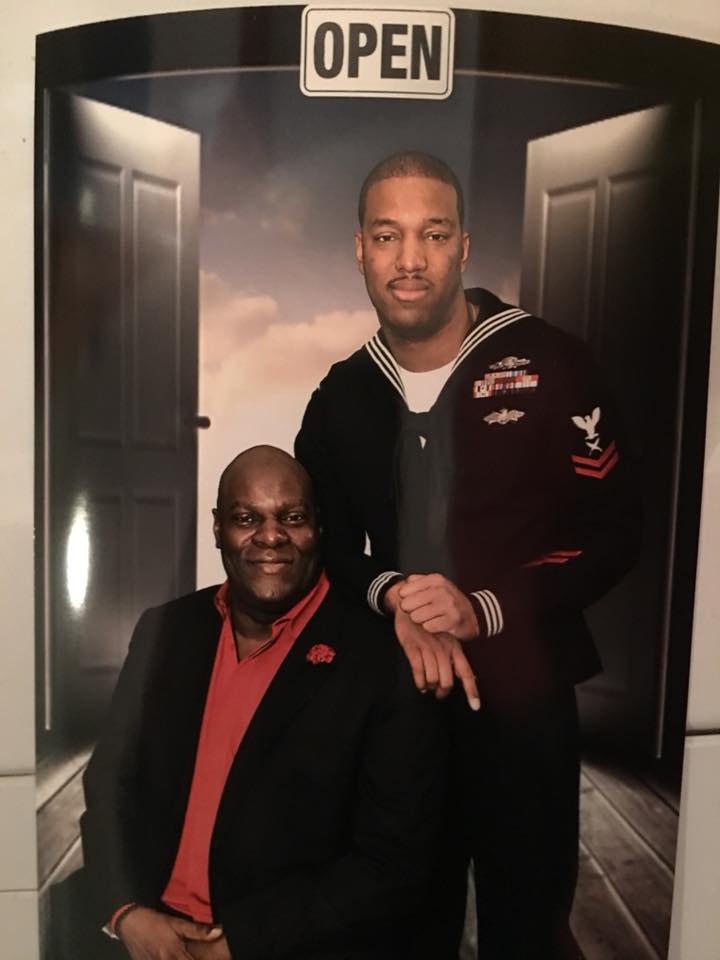 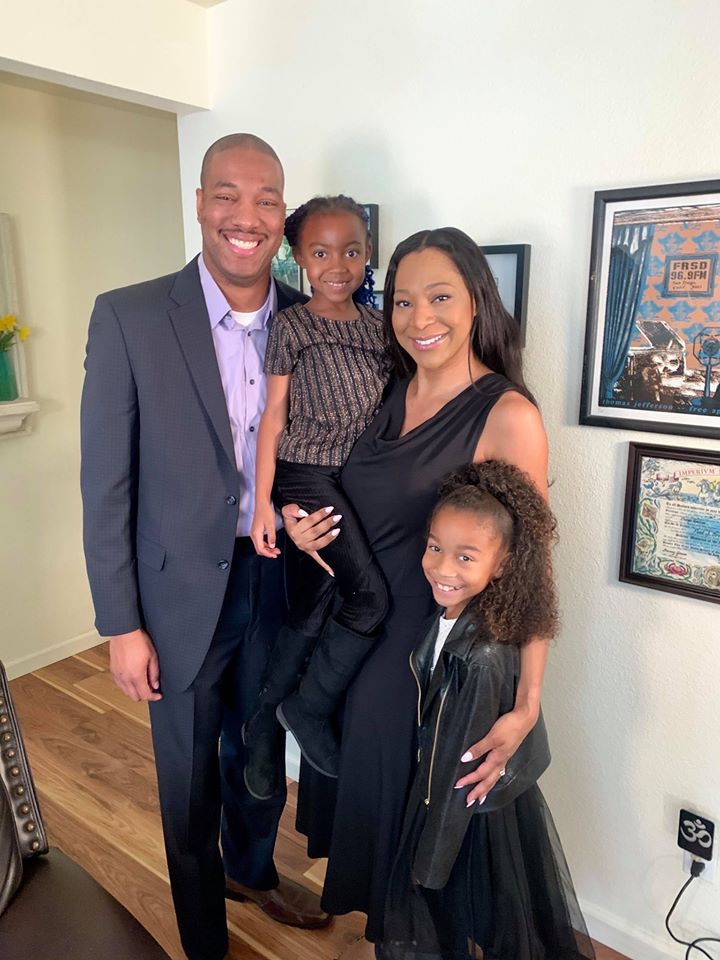 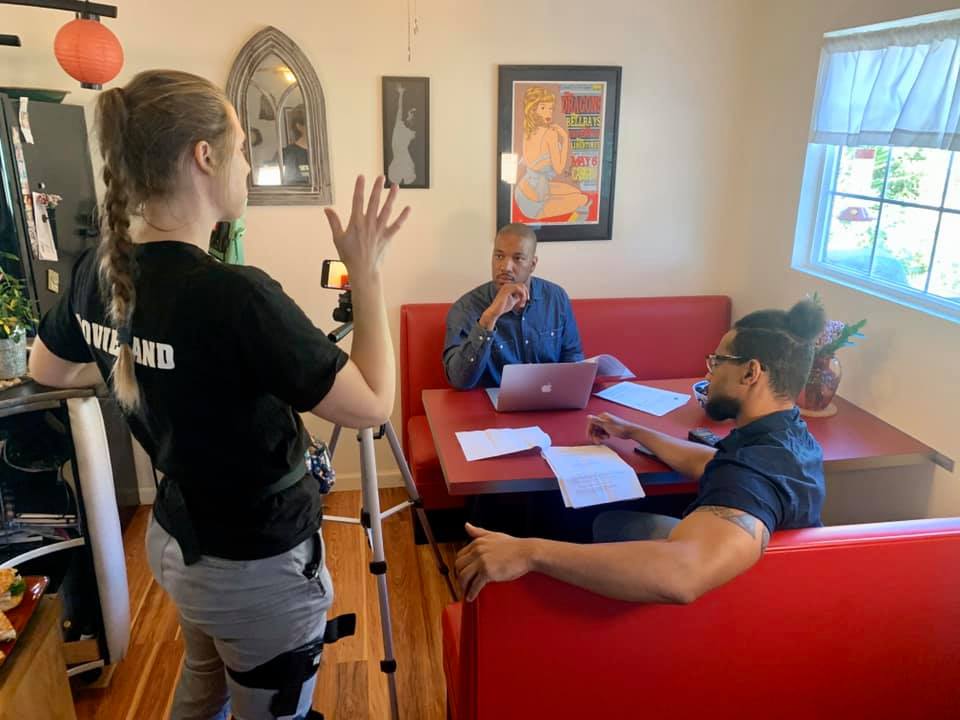