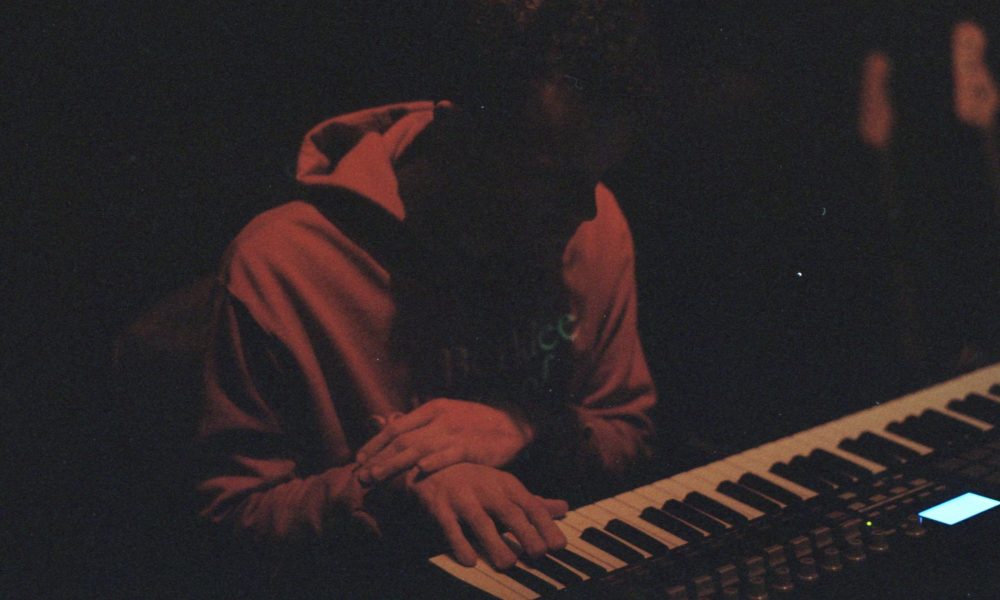 Today we’d like to introduce you to Camden Bench.

So, before we jump into specific questions about what you do, why don’t you give us some details about you and your story.
My story regarding my profession as a record producer began as a teenager living in Kansas City when I began playing instruments, starting with drums/percussion which moved on to guitar where I ultimately set my main focus. I was heavily involved in the music program at my high school, taking part in jazz band, wind ensemble, marching band (drumline), and pit orchestra for musicals.

After finishing high school, I attended Berklee College of Music in Boston, MA, where I fluctuated heavily with majors after being denied acceptance into the Music Production and Engineering program. In my free time at Berklee, I taught myself how to play piano and make beats in Ableton Live. This hobby quickly became a passion that I devoted all of my time to. Ultimately, I settled on Music Business as a major and studied for three years, before dropping out and moving straight to Los Angeles.

Upon moving to LA, I began going to studio sessions and trying to network whenever possible. Within a month of being in LA, I became a touring guitarist for recent Interscope Records signee, Arin Ray. We toured heavily the following two years, sharing the stage with artists like H.E.R., Tierra Whack, Jhene Aiko, Erykah Badu, and more.

Once off the road, I was able to focus on my true passion which was record production. After months of doing three sessions per day, I finally started to rack up some placements. My first big record came with Interscope artist Juice WRLD, on the song “10 Feet” which appeared on the “Death Race for Love” album which spent two weeks at the #1 spot on Billboard 200. I then went on to connect with Arin Ray on his next three singles, producing “Reckless”, “A Seat”, and “Change” which features Kehlani.

So far, records that I have produced have amassed tens of millions of streams, earning me my first RIAA certification as well as Billboard #1 accolades.

We’re always bombarded by how great it is to pursue your passion, etc. – but we’ve spoken with enough people to know that it’s not always easy. Overall, would you say things have been easy for you?
Although I feel very lucky to have had the amount of success that I have thus far, none of it has come easily. Working in the music industry comes with its own unique set of challenges and issues. The industry is notorious for exploiting the creators and underpaying, if at all, young professionals.

I have had to wait months, and on a few occasions, a whole year to receive paychecks for songs that I was a part of. I have been robbed credits on songs that I contributed to, which to a writer or a producer, a credit is worth as much as money.

Another inherent grind in the entertainment industry is getting your foot in the door and making your name recognizable to the gatekeepers. Without these personal connections, no amount of talent alone will get you closer to reaching your goals. Talent is often irrelevant in comparison to the importance of politics and social networking. Learning this truth can be very disconcerting to a hungry, hardworking individual.

The other famous trope that follows creatives is self-doubt. No matter how cliche it sounds to talk about self-doubt as a challenge, it is so, unfortunately, a universal truth. Some days you feel like the King of R&B and some days you forget what led you to leave everything behind and move to Los Angeles alone in order to attain a seemingly impossible feat that is out of your league. Compound this sentiment with any issue I’ve described above and you have a healthy dose of the psyche of a writer/producer in the music industry.

We’d love to hear more about your work.
As an independent, self-published record producer, I am in charge of nearly every phase of the creative process in making a song or album. Although every project is different, many recording sessions start with me creating an instrumental on the spot in front of the writer or artist. This was a huge adjustment for me when I began working, as I learned the importance of working smarter, not harder. You are expected to put a whole song together in a small window of time and you have learned how to play to your advantages and manage your weaknesses.

Once the instrumental is constructed, then the song will go into the lyric/melody phase of writing. Usually, I will record the writer’s reference ideas to the instrumental and give basic vocal production tips in order to focus the vocals more on a singular idea. After all of the vocals are recorded, I will edit and mix the reference track to a presentable level so it can be sent out to artists/a&r’s.

I think what sets me apart from most producers my age is that I like to lean on my musicality before my production chops when making music. It is very easy for producers to hide behind reverbs and delays and editing tricks in order to dress up subpar songs into decent to good songs. For me, I like to create a strong musical backbone before worrying about production. It is my belief that any good song can be played with just a piano (or guitar) and a vocal. A song shouldn’t have to rely on a great beat in order to be great. All aspects of the song should be great and should be autonomous.

What were you like growing up?
Growing up, I was a painfully shy and reserved person. I was terrified to talk to strangers and even certain people that I knew. My shyness led me to play sports, as there was never a need to be very social during practice or games. I played football, basketball, soccer, and baseball as a kid, but had a passion for football and basketball. After sustaining two concussions and a dislocated hip in my last season of football, I decided to put a halt on sports, and from there focused on music. 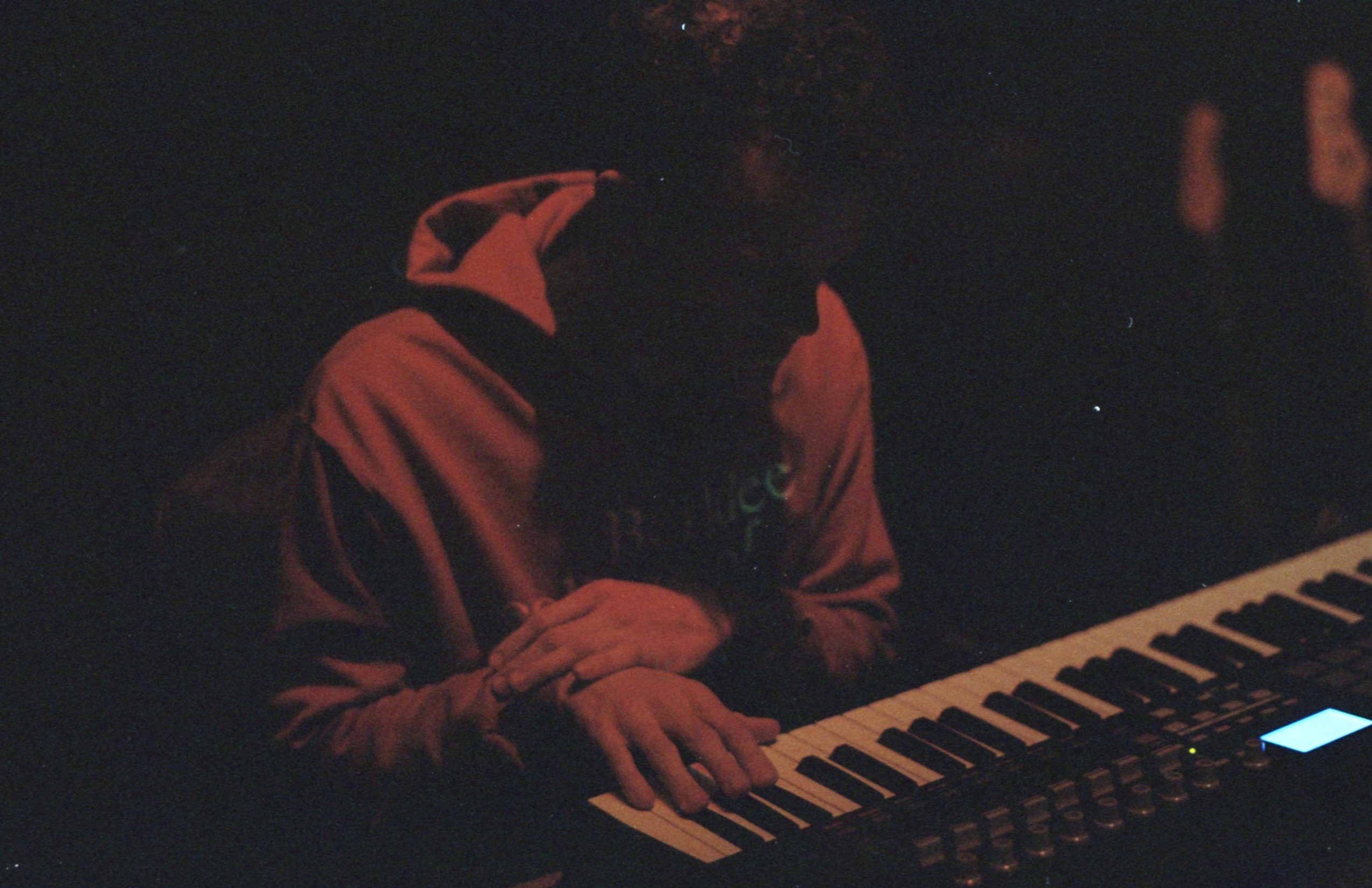 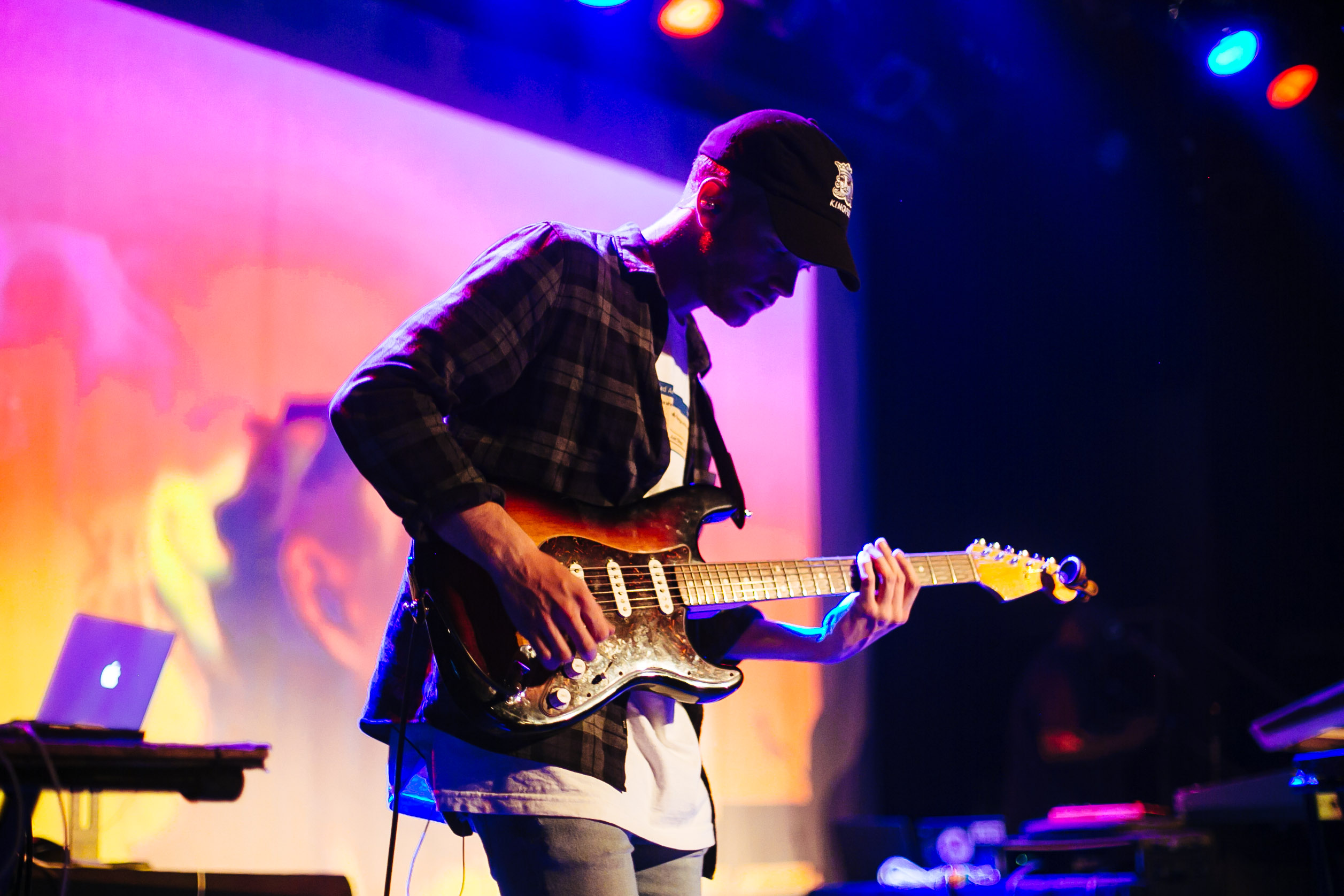 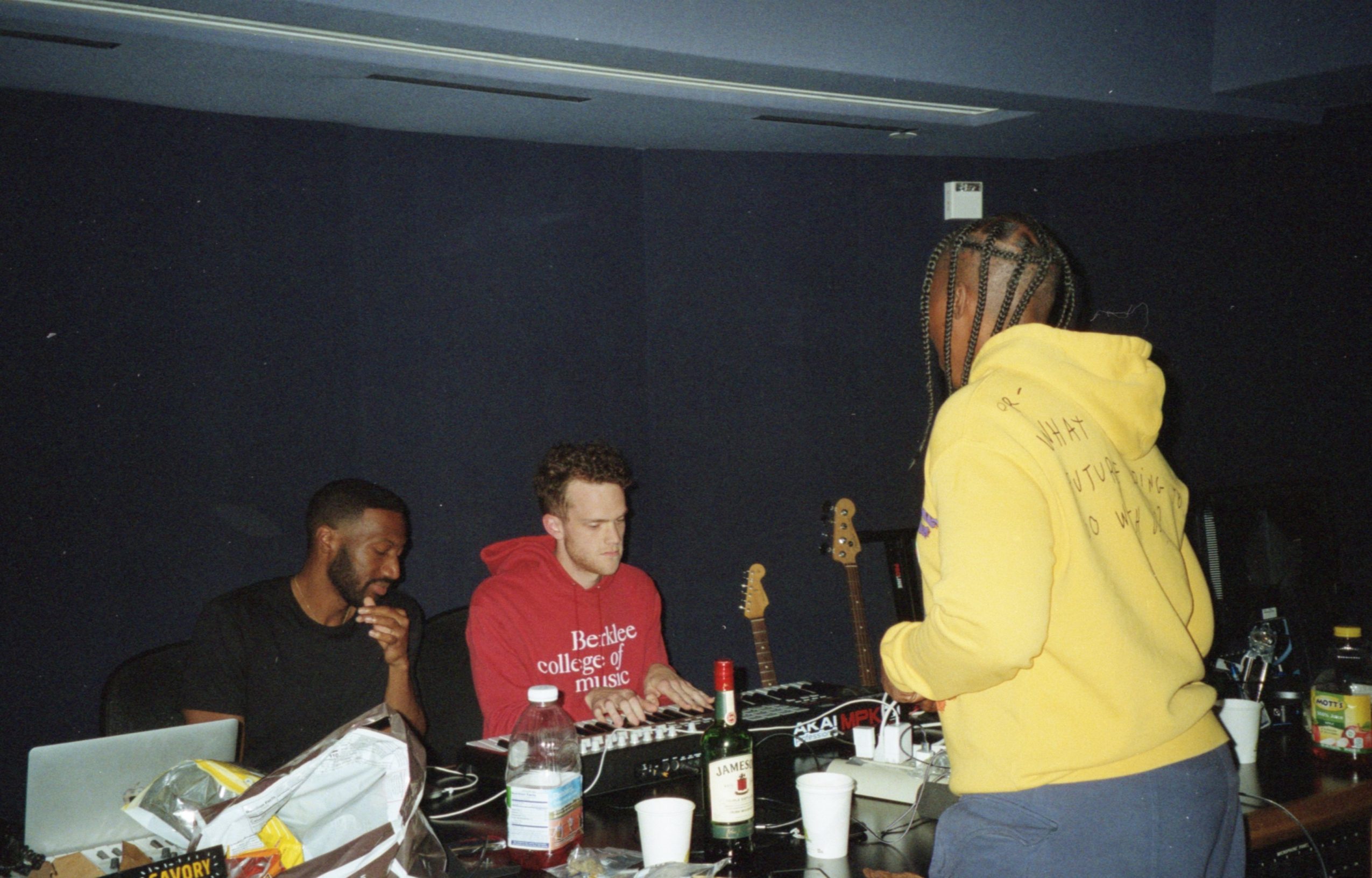 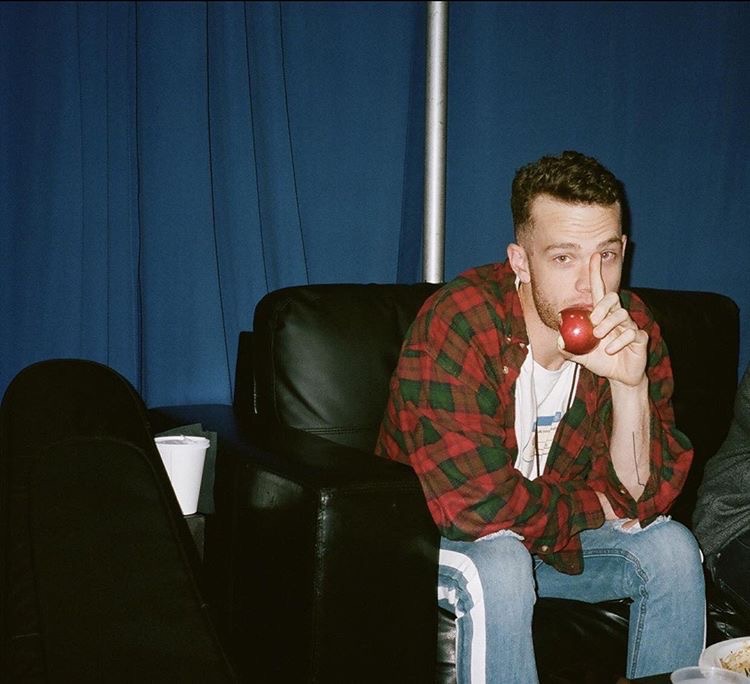 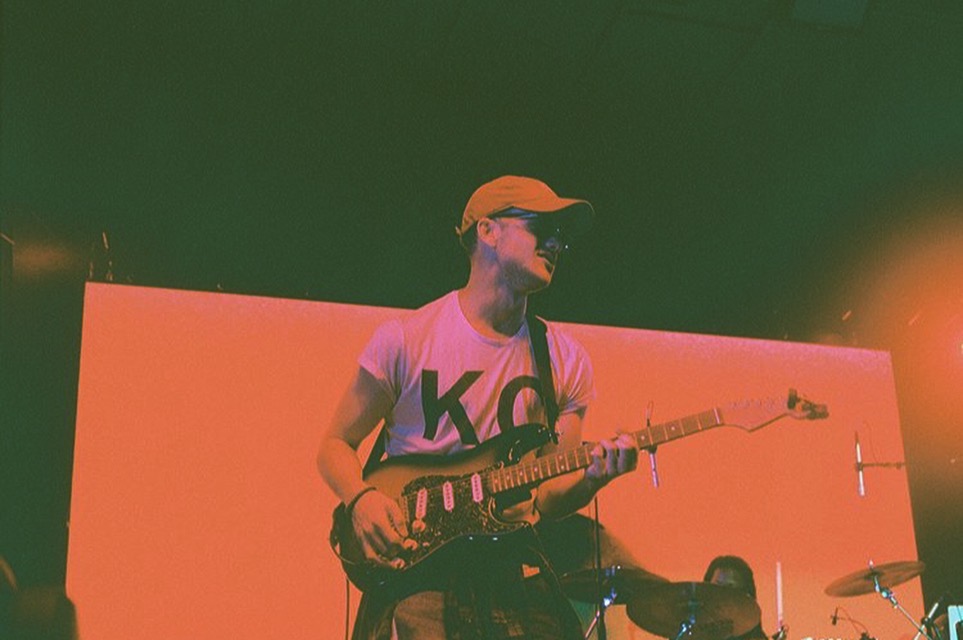