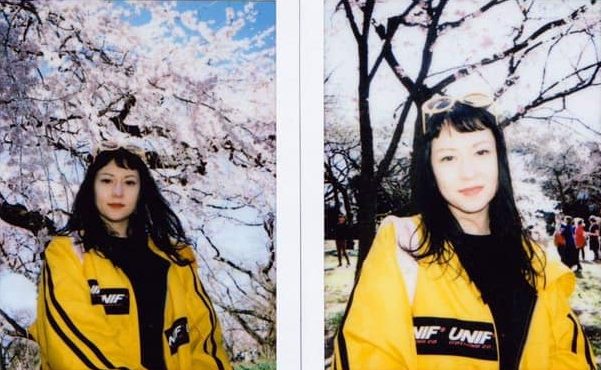 Today we’d like to introduce you to Calla Donofrio.

Thanks for sharing your story with us Calla. So, let’s start at the beginning and we can move on from there.
So I have always been a fine artist. That’s pretty much been the plan since I was five years old or younger. I’ve always been drawing and I started taking formal classes when I was about seven. I continued to take drawing classes in and outside of school up until starting community college. There I took several art courses, including figure drawing and an intro course on acrylics (although I didn’t care for painting at the time. My mind was too focused on line work). This is when I started branching out and gaining an online following. I did a series of collages, made dozens and dozens of them. And I started getting asked to do album artwork for Witch House musicians from around the globe. So people started ordering a lot of artwork and prints from me online and I was sending out pieces to art shows around LA and other US cities, as well as other countries, on a regular basis.

Then I started at CalArts in their fine art program. Although it was nice to have my own large studio space and the time to do nothing but focus on my practice, I felt the program was much too conceptual for me (not to mention expensive). Also, I felt like the accumulating student loans and approaching demands of adult life were quickly extinguishing the artistic spark I once had. Despite my largest accomplishment at this time – participating in a show at the Tate Modern in London (which I could not afford to attend) – it was becoming very clear that nothing I was doing was going to prepare me for the future or the massive student debt I was about to be faced with. I decided I needed to switch gears if I wanted to have a future where I wasn’t dependent on other people. So I spent my last few months of college taking 3D animation courses, hoping that would land me some sort of job. That’s how I found out about motion graphics. So I graduated, moved back home, and spent a year or so selling my things on eBay and learning everything I could from online tutorials until I finally got an internship, which lead to my first freelance gig, which lead to my second, and so on.

I have been working as a freelance motion graphics designer for about five years now. After the first couple of years, I noticed a depression seeping into my daily life. At first, I blamed it on the long hours and high-stress environment of my work. Working every day in an office under high pressure and never really getting enough sleep or sunshine wasn’t how I had ever imagined my adult life would be. But for 25 years old, I was making a good living and felt too guilty to complain. So I marched on. But this empty feeling never went away.

I had stopped getting ideas for artwork towards the end of college. Then this continued for the next couple of years. Even if I had time to do a drawing, I had no idea what to draw. Design was an easy alternative. It takes a lot less effort to have someone tell you what to make, especially knowing that they will expect things to be in a style that already exists. I thought I would find creative fulfillment by doing design work. But I could now see that I would never create anything that was meaningful to me at work. And as long as I was at work I would never have time to make something meaningful on my own. But design did teach me how to build concepts and learn from references. I started to get ideas for art projects again. A lot of them! But whenever I would start to work on an idea at night, before I knew it the night would end and I’d have to go to bed so I could work in the morning. It quickly became obvious that I would never have the time to finish all my ideas in my lifetime. I already had a career. Now I felt trapped.

Sometimes I would be at work and read an article about how such and such artist did some great thing. I would feel very jealous. It was painful to realize that other people were out there living my lifelong dream, something that I felt perfectly capable of doing, but I needed to make a living so I didn’t have the luxury to spend my time making art. So I was spending my days at a computer, waiting for the weekend. When I stopped to think that the rest of my years might be this way, I decided that something had to change.

I wanted to start painting. I tried to do a watercolor painting (thinking that this would allow me to keep the integrity of my drawing. Drawing had always been my strong suit and I had a clumsy time trying to grasp paint handling in school). But after struggling to finish one small picture over the course of a few months, I realized I needed to get better at drawing faces first (something I had always avoided in my figure drawing courses). So I put the paints away and spent about a year doing a 20 minute portrait sketch every day. It didn’t have to look perfect or finished. It didn’t have to be big and I didn’t have to show it to anyone. But I needed to learn to make things quickly and accurately. And this exercise also helped me to break the fear of getting started each day. I wouldn’t even think about it anymore. If I had a half-hour anywhere, any time, I could do my daily drawing exercise. Once the portrait sketches got easy, I returned to watercolors and the colors brought my drawings to life in a way I had never been able to in the past.

I spent the following year or so working design jobs and trying to fit in time for painting after work and on the weekends. But it felt nearly impossible. I never seemed to have enough hours, even for a relatively small picture, and I felt a constant anxiety about it. Not only did I not have enough time to execute pieces, but I was never able to spend time to focus and get in depth with a painting, building a complete concept, taking my time with all the subtle details. Since I am a freelancer, I began to take some breaks from work just to make art. A couple of weeks off here and there throughout the year. What better thing could my money buy than time to do what I love? I still was only able to finish one or two small paintings in a year. I was frustrated, but I didn’t give up.

In around February 2019, I had scheduled one week off from work to paint. I remember I had been loosely gathering references and ideas for a while for a series I wanted to do but wasn’t sure exactly how to make it all come together. At the start of this week, I took a hard look at the ideas I had collected and realized they were mostly referencing classical oil paintings. I thought “now how could I make something that incorporates classical oil painting without using oil paints?” But then I realized: Why couldn’t I use oil paints, anyways? So I decided that day I would start. I went out first thing in the morning and bought all the oil painting supplies I needed. I spent every evening watching videos and reading to learn all I could about traditional oil painting materials and technique before I even opened the paint tubes.

I remember the night I could finally try them out. They felt very strange to me at first, but after 3 hours, I could see a human face emerging from the canvas and I knew that this was what I wanted to be doing. It felt as if all my life and all my training had been leading up to this. And I have been obsessed ever since!

Since then, I have done a few gallery shows, which has been fun to get back into. I still work my day job to pay my bills, but am taking breaks throughout the year to just hole up at home and paint. I have a home studio space now and love to read about classical painting technique and theory whenever I can. My goal is to slowly over the next decade or so transition towards doing my art full time. If other people can do it, then so can I. That is where I’m at now.

Overall, has it been relatively smooth? If not, what were some of the struggles along the way?
As I described above, there are obstacles, and nothing I’m doing is easy. But I do what I need to do.

Please tell us more about your art.
Formerly a collage/mixed media artist, I now focus on figure and portrait painting in oils and occasionally watercolors. My work is driven by my classical training in my youth where I was taught to strive for realism. I would say that in my work I try to convey emotions, like contrasting feelings of chaos and serenity, anxiety and calm, and feelings of awe. I am greatly influenced by music, music subcultures, and works of the old masters. I try to make work that will give me the same feelings I feel when I see old catholic art, but in a secular context. It gives me some sense of spiritual fulfillment.

Aside from the many gallery shows I have participated in and various musicians I have worked with in the past, I think I am most proud of the times that people have told me I inspire them to do their own personal work (whether that be art, writing, music, etc), or who have purchased my pieces and told me that it brings them joy each day seeing it in their homes. Those things make me feel like what I am doing is important and meaningful.

If you had to go back in time and start over, would you have done anything differently?
I would change nothing. I have no regrets. 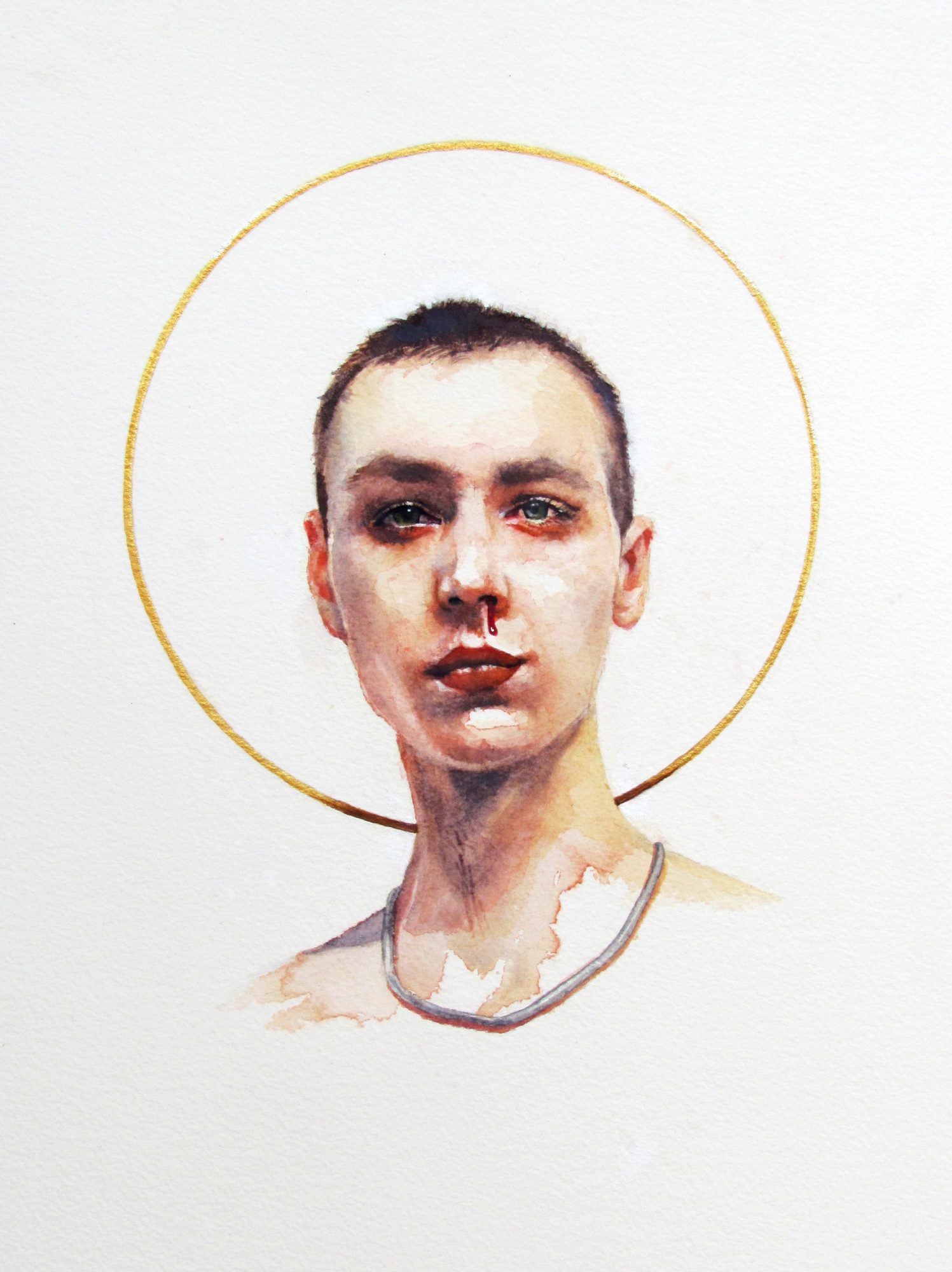 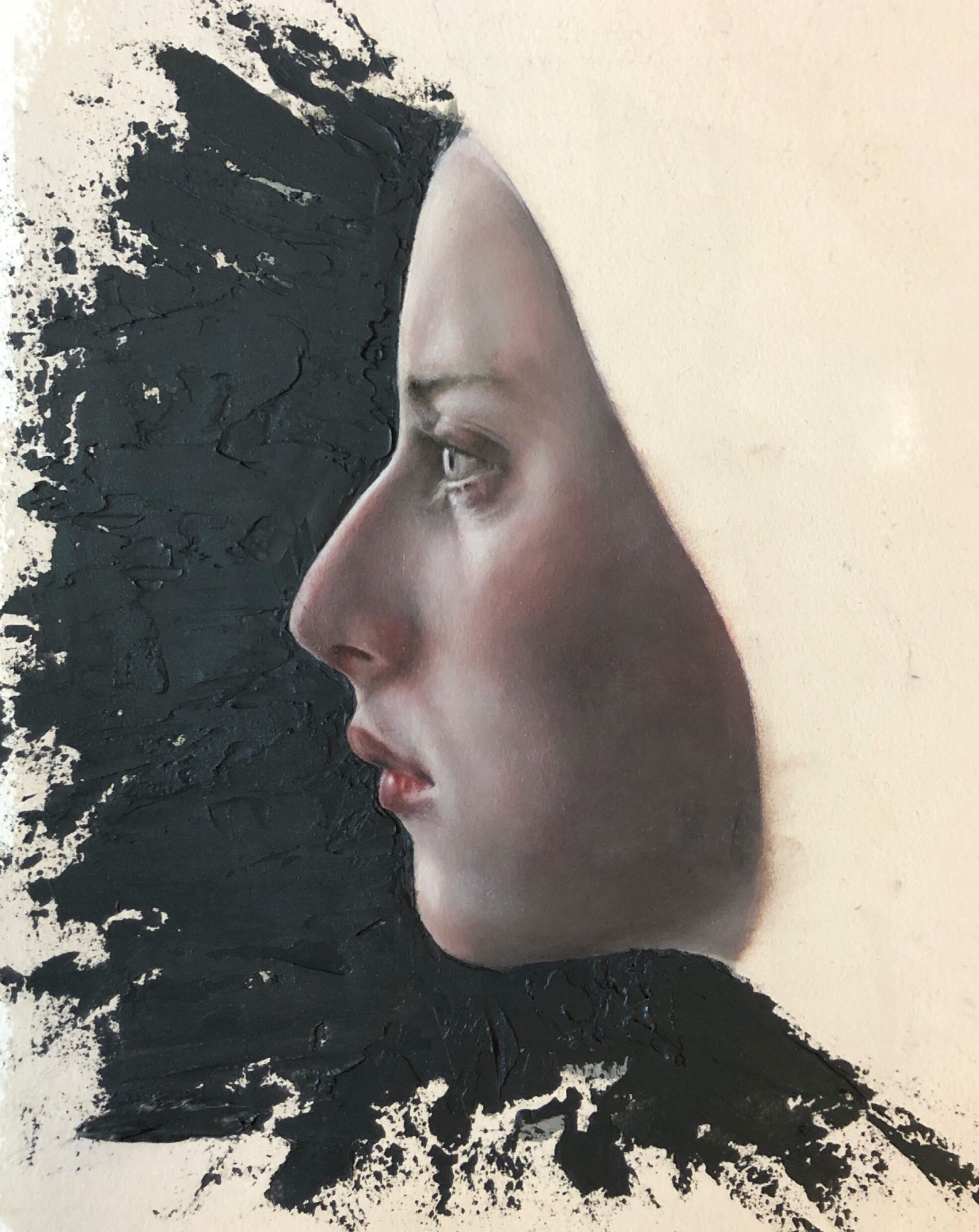 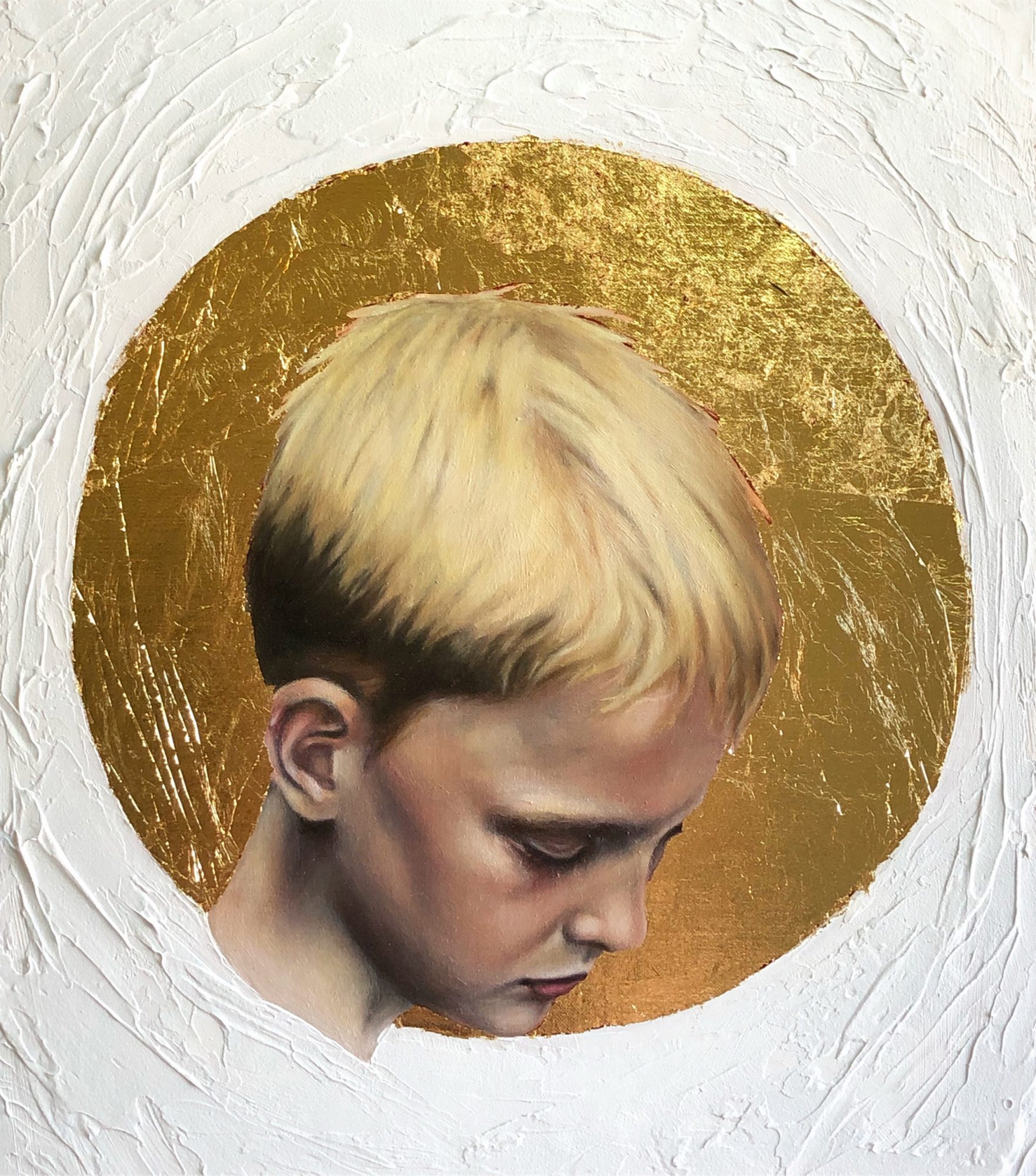 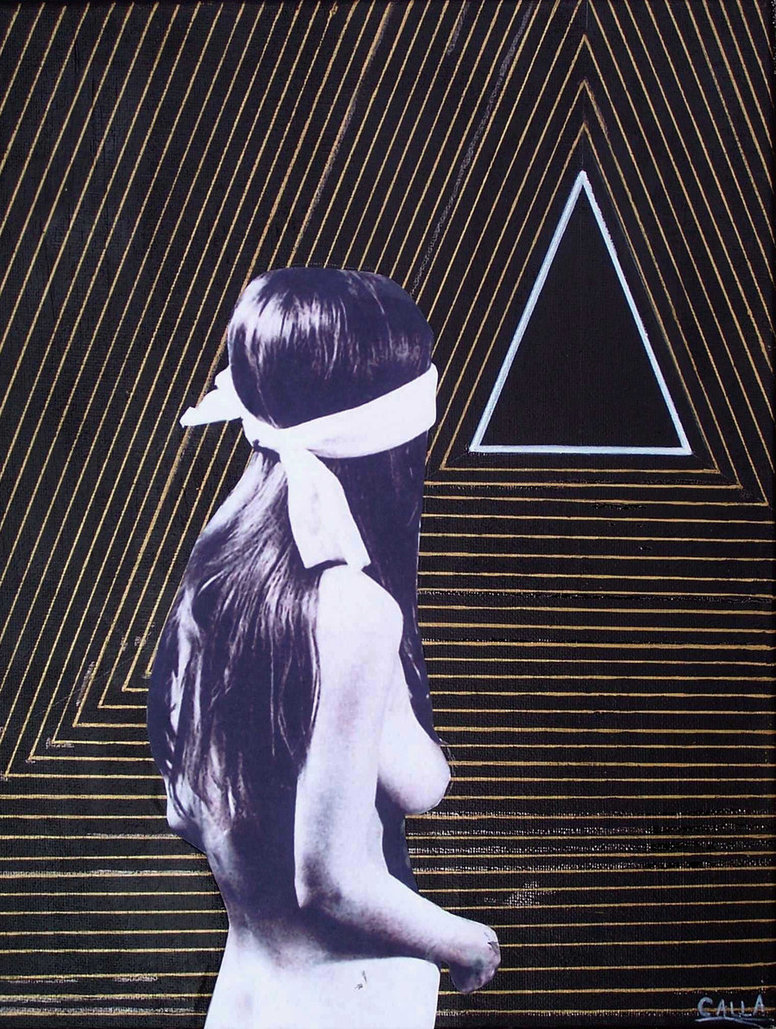 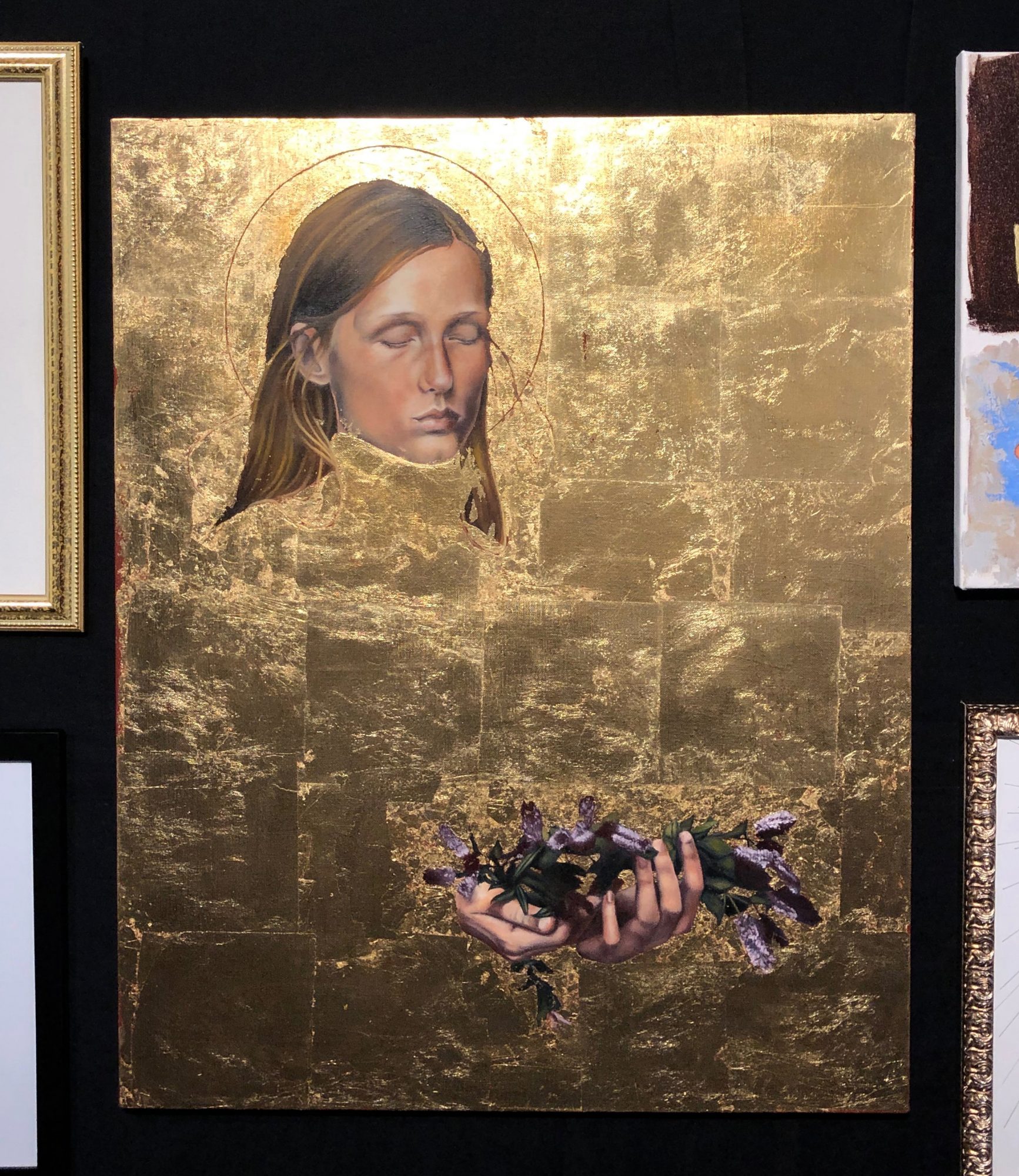 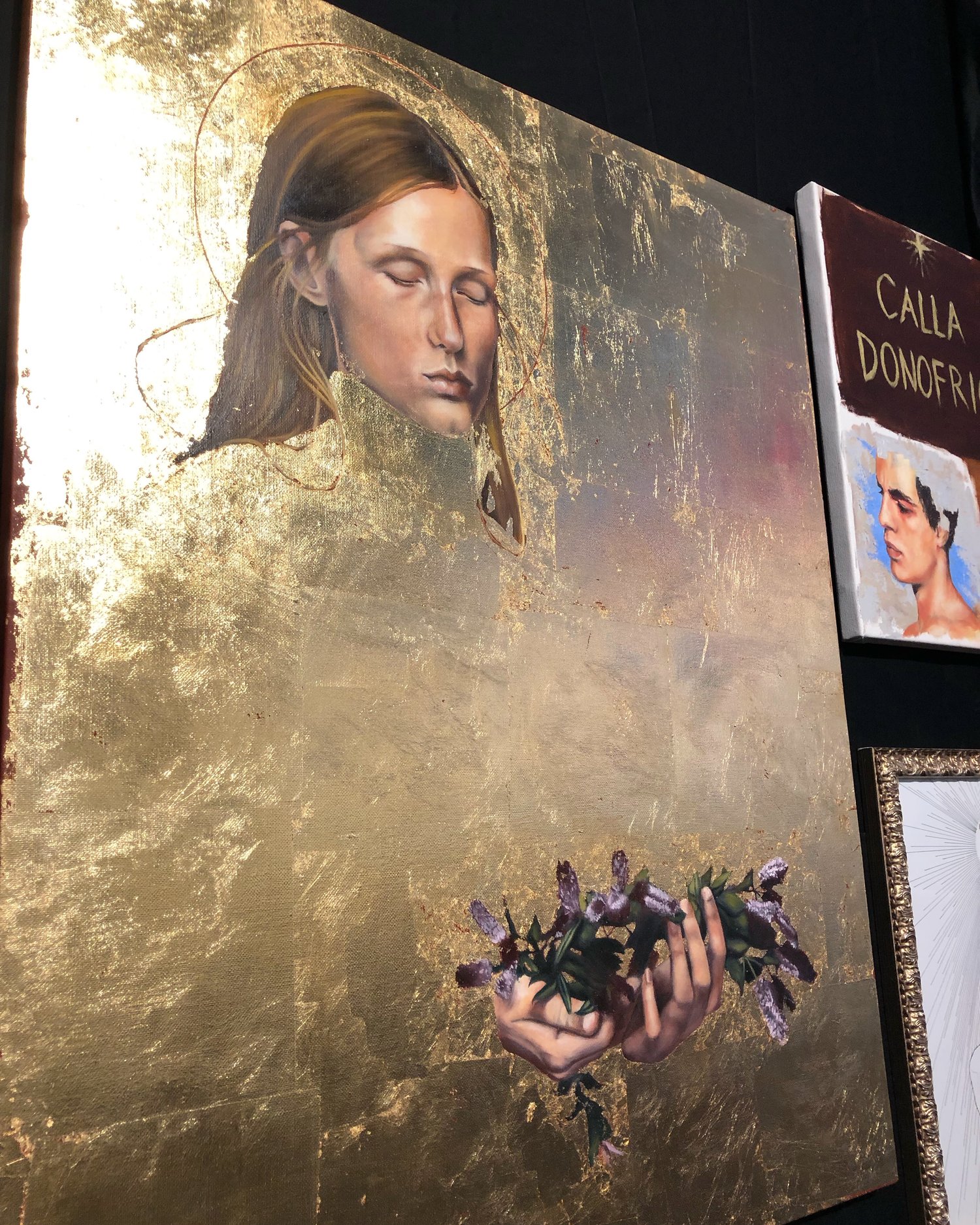 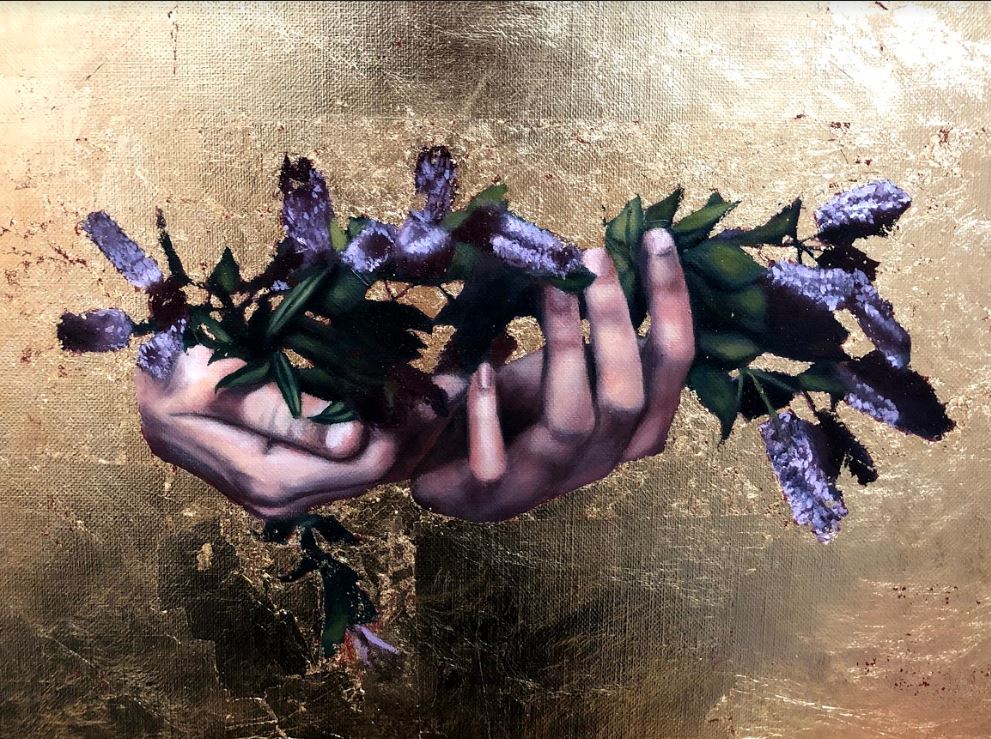 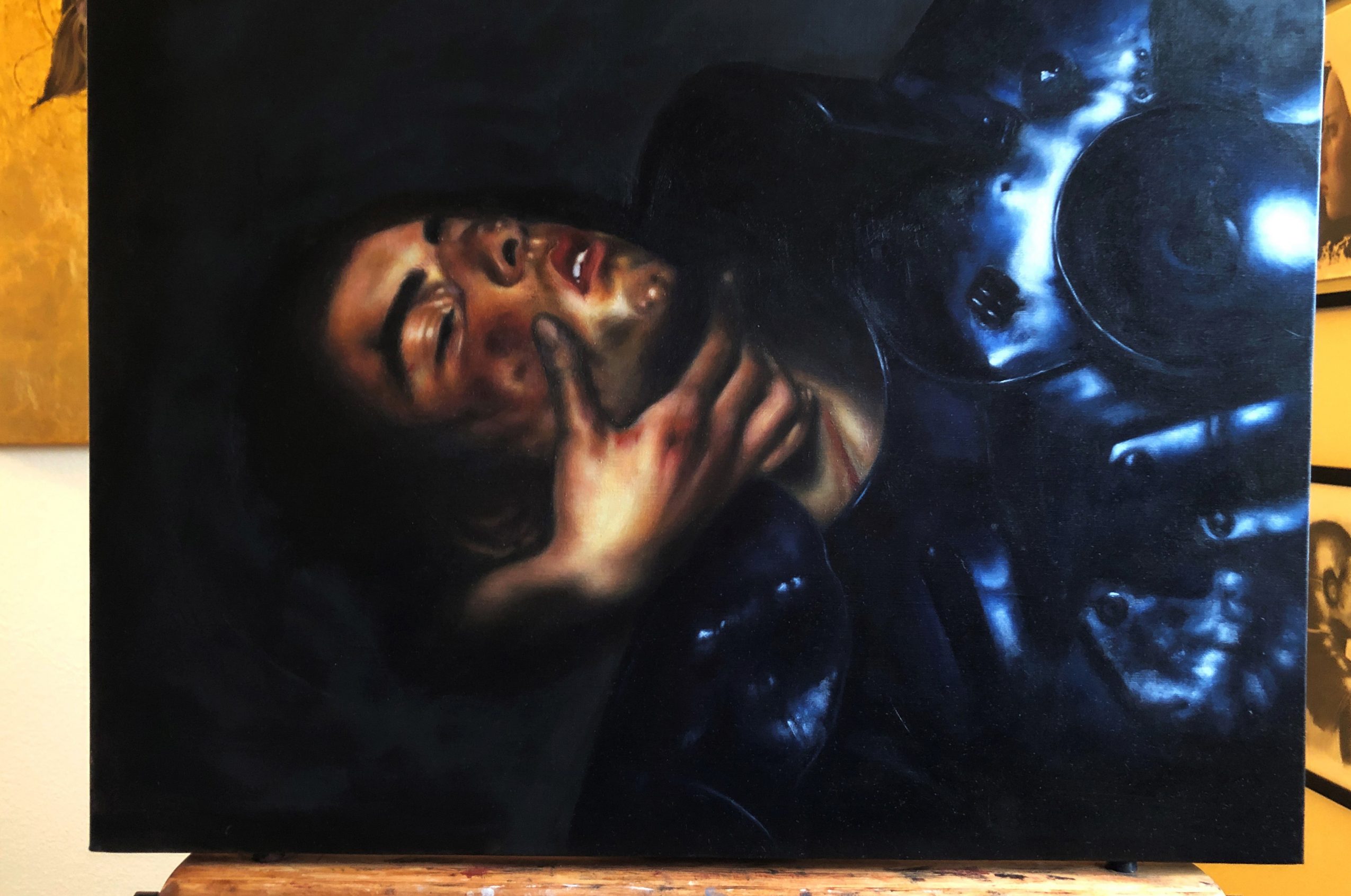