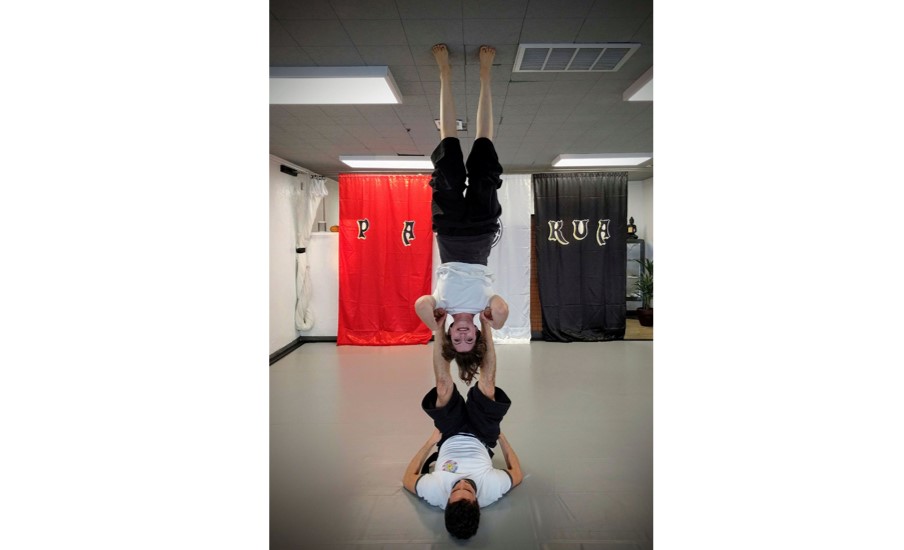 Today we’d like to introduce you to Caitlyne Lewis.

Thanks for sharing your story with us Caitlyne. So, let’s start at the beginning and we can move on from there.
When I was 19, I was the classic college kid; taking more than a full load of classes, working an almost full-time job, and just completely out of shape. My boyfriend, Josh, kept telling me how Monday and Wednesday nights he would go to this Martial Art class to work out and have fun. He kept inviting me and I finally had a night off, so I decided, “why not?”. After taking classes for 6 months, I realized that I wanted to teach, so I began an Intensive Program to earn my Instructor Level. As I continued to grow as a person, and as a teacher, so did my group. Then I wanted to learn more so I started another Intensive Program to receive my 1st Degree black belt in Martial Arts. I also began working closely with my teachers, and taking courses to become a better Instructor. Last December, a big group of us traveled to Buenos Aires, Argentina to take classes with our Grand Master, and to participate in our International Gathering. This is where I received my 2nd Degree Black Belt.

Along the road I started taking other disciplines, including Acrobatics, Archery, Rhythm, Cosmodynamics (Tai Chi), and Sintony (Chinese Yoga).

This year we opened up a school in Tustin, CA which I help run, along with keeping up my teaching in the Orange school. In April, I was sent to New York to teach special classes, and to give evaluations for the students there. It was a huge honor and I strive to be able to teach all over the world. What started off as a hobby 4 years ago, quickly became a passion, and a fire inside of me that keeps burning.

Overall, has it been relatively smooth? If not, what were some of the struggles along the way?
One of the biggest struggles I face is being a 5’10, 125lb, woman in the Martial Art world.

When I started off teaching, I only taught kids. It took a lot of time and encouragement from those around me to realize that I could also teach adults.

Another struggle is getting Pa Kua out there. Although it is an ancient knowledge with 100’s of schools around the world (Mainly in South America) it isn’t as well known in the United States.

The fact that we don’t perform in national competitions means that we need to get our awesomeness out there using other methods like free promotional classes and community demonstrations.

Alright – so let’s talk business. Tell us about Pa Kua – what should we know?
The martial art is known for a form of combat that utilizes circular movement to out-flank and out-smart one or multiple opponents. We teach this, along with yoga, archery, acrobatics, and others in a non-competitive environment that encourages everyone to play to their own unique strengths, whether you’re nine, or ninety.

The International League held its 40th anniversary in December of 2016, celebrating four decades of teachers the world over sharing their passion for helping others. I’m proud to be part of a family that continues to grow and include everyone, no matter their age, race, or background.

Any shoutouts? Who else deserves credit in this story – who has played a meaningful role?
I have had a lot of people help me grow in different ways. The master’s and teachers of the school have helped me see that I could be more than I thought I ever could. If I ever had a problem that I didn’t know how to answer, they were all just a phone call away. My family has also played a huge role, because they continue to support me in my endeavor.

I need to give credit to my biggest supporter, my boyfriend, who showed me this fun activity years ago, and who continues to push me to be grow.

Finally, I need to give credit to the students in my classes, because without them I wouldn’t have anyone to teach, and teaching is what has made me grow as a person more than any class or activity ever has.