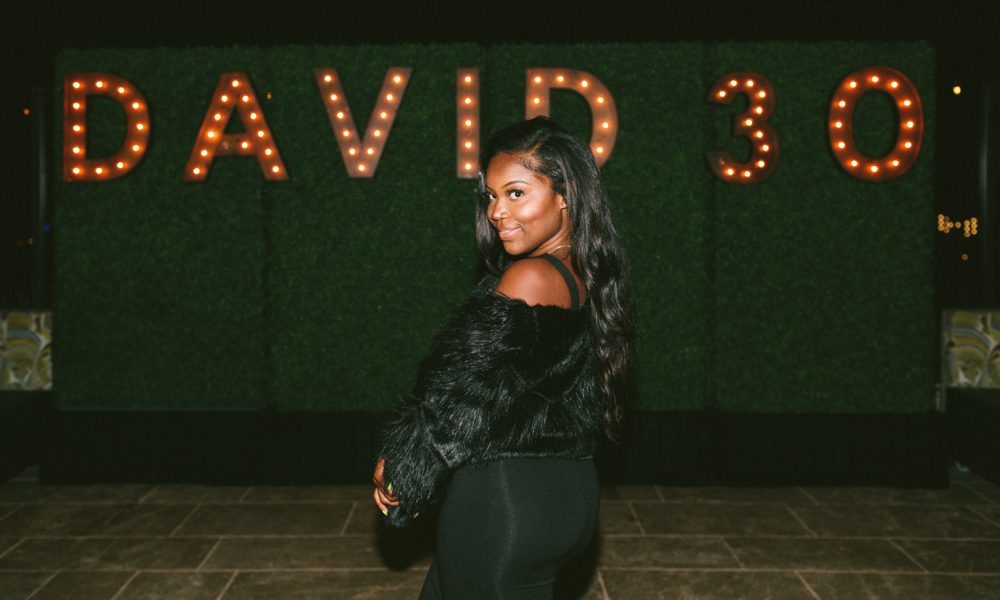 Today we’d like to introduce you to Courtney Couch.

Thanks for sharing your story with us Courtney. So, let’s start at the beginning and we can move on from there.
I’m a Southern girl from Durham, NC; a Tar Heel, a graduate of the University of North Carolina at Chapel Hill; 1 out of 8 siblings and a daddy’s girl. Pretty much my entire life until the summer before my senior year of college, I 100% knew I wanted to be an entertainment lawyer and carry on the tradition of attorneys since my mom and brother are both lawyers. In addition, I always had a love for sports as my father played football professionally and my godfather played for the Dolphins undefeated team. I’m the first girl after four brothers and growing up, I’d play football and help them best pick the winners for Sunday’s upcoming games.

My freshman year, UNC’s basketball team won the National Championship and two of my good friends were drafted Top 5 in the NBA draft that year. From then on, I had an unbridled look into what professional athletes’ lifestyles were like and constantly tried to figure out my exact entrance into that world. The summer before my senior year, I was going crazy about locking down an internship within sports. My family friend Levelle Moton knew Leon Rose, a sports agent at CAA to The LeBron James’ at the time. Levelle called Leon, leading to Leon calling me to offer me an internship and I was ecstatic. One problem, CAA was in New York City and I’d never been away from home to do anything. So Leon Rose had to call my father and ask permission for me to come intern in NYC! My father agreed and off I went for a summer that I would never forget. My direct boss was Steven Heumann who was the agent to Tony Parker. That summer (‘07), the San Antonio Spurs won the national championship and Parker was named MVP. Parker had to come to NYC for his press run and guess who got to accompany him? Me! Needless to say, that internship changed my life and my trajectory. That summer, I learned about PR and marketing and realized the same storytelling and advocacy principles I loved about practicing law were necessary to be a good public relations and marketing practitioner. Against my family’s wishes, I decided to forego law school and follow in my parents’ footsteps by betting on myself.

Upon graduating from college in 2008, I started my own lifestyle management company where I provided personal assisting, events, and public relations services to athletes and various companies. In 2010, I moved to LA to live with my god sister Eva who worked in entertainment. I got a job at UTA and only stayed about four months before shipping my bags back to NC. I hated LA the first time around. I was too far from home, I experienced my first earthquake,  and the people were strange.

I decided I needed another credential, but still law school still wasn’t it. So I applied to NYU’s Public Relations & Corporate Communication program which was ranked number one globally at the time. I was accepted within ten days and I earned my masters during 2011-2013 continuously soaking up knowledge and networking. Upon graduating in 2013, I had to either stay in NYC or move to Los Angeles if I wanted to be in the entertainment business and I chose to ditch the cold and give the city of Angels another try.

I shipped my car and slept on my friend’s couch with a goal of getting a corporate job. Headhunters and corporations found me overqualified and suggested I remove my master’s degree from my resume. My reply was a consistent NEVER. So, I began to create my own opportunities. One of my good friends Sickamore was A&R’ing YG and his debut album My Krazy Life would be dropping in the spring. As always, I’d be hanging with Sick in the studio eventually becoming cool with YG and his team and wanted to bring them a play. Anna, one of my good friends from college was at a PR agency that represented Footaction. We plotted and created the first-of-its-kind brand partnership, creating a campaign around YG’s West Coast Style. The campaign was called “Style Means.” This would be YG’s first corporate endorsement deal that included tour support, merchandise, a photoshoot, and a mini-documentary.

I continued to create opportunities through my network and reinstated my company in 2014 to focus on brand strategy and marketing. My first NBA client, who was playing for the LA Clippers at the time, was referred to me by my friend Elle. From then on, I’d go on to work with athletes, entertainers, and lifestyle brands including NFL Veteran Rodger Saffold, Josh Smith, Travis Scott, Moneybagg Yo, Rajon Rondo, Adidas, and the blockbuster film Black Panther to name a few. All these clients were procured from my network as I have never advertised my services or had a website. I’ve made it a habit not only to do good work but to treat people well and have character along the way and therefore, I am able to manifest my blessings.

And I can’t forget about 40z! I co-created the 40z & Waffles brunch series in the summer of 2014 in LA once I discovered there was no brunch scene here that catered to the culture–so we created our own vibe. 40z & Waffles has been deemed “The Hottest New Party Series” by Source Magazine and the “Place to be” by the Hollywood Reporter. In addition to being a staple summer party, 40z has become a sought after platform for upcoming artists to perform and for brands to launch their products to a diverse consumer group.

We’re always bombarded by how great it is to pursue your passion, etc – but we’ve spoken with enough people to know that it’s not always easy. Overall, would you say things have been easy for you?
The road to success is often misconstrued as smooth. As an entrepreneur, there is no blueprint when you are trailblazing and creating your own path. It’s like Jay-Z said, “I drove by the fork in the road and went straight.” When you’re making your own way, a  huge struggle is patience. You are constantly pitching ideas and plays and will receive 20 “no’s” but you have to stay positive and be ready to receive the one “yes” that will change your life.

In addition, one struggle is seeing your friends with corporate jobs live in glory with their steady income and benefits while you are constantly hunting for your next opportunity, building your brand, and client roster. You wonder if you’re missing something or if you’ve made the correct decision. The best thing to do is to have patience, be faithful, work hard, remember why you started and most importantly, be happy for others—never envious.

Lastly, as a woman and business owner— sometimes money conversations can be hard. You have to proudly set your prices and stick with them. “Know your worth and then add tax.”

So let’s switch gears a bit and go into the c.luxe creative story. Tell us more about the business.
I own a full-service brand strategy + marketing agency where we work with athletes, entertainers, and lifestyle brands. We specialize in experiential events, talent relationships, brand integration, and strategic partnerships to impact socially-conscious, multicultural audiences. Proudly, we have our finger on the pulse of the culture because we are the culture.

We are well-connected and well-respected in the industries in which we conduct business and that is super important to us. Respect, character, and cultural connections are what set us apart from other companies. We respect the game; we believe in not only doing good business but having exquisite character; and lastly with every play, we desire to empower the culture.

Has luck played a meaningful role in your life and business?
I don’t believe in luck. I believe in the favor of God and the universe. As a believer of those things, you always have to treat people right no matter who they are, be willing to be a blessing instead of always receiving one and put out good energy everywhere you go. This has allowed me to maintain great relationships on all levels and constantly be referred clients. 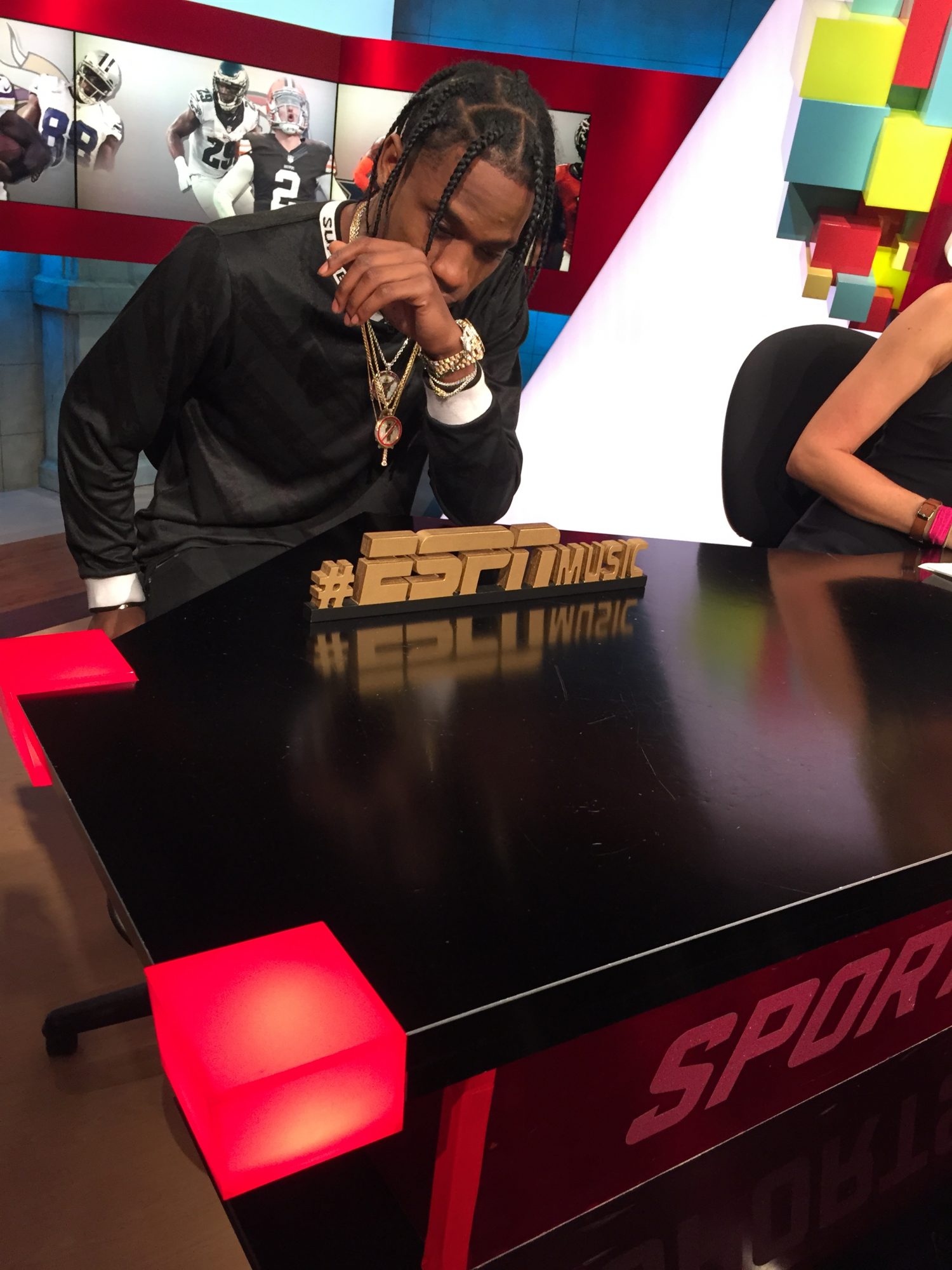 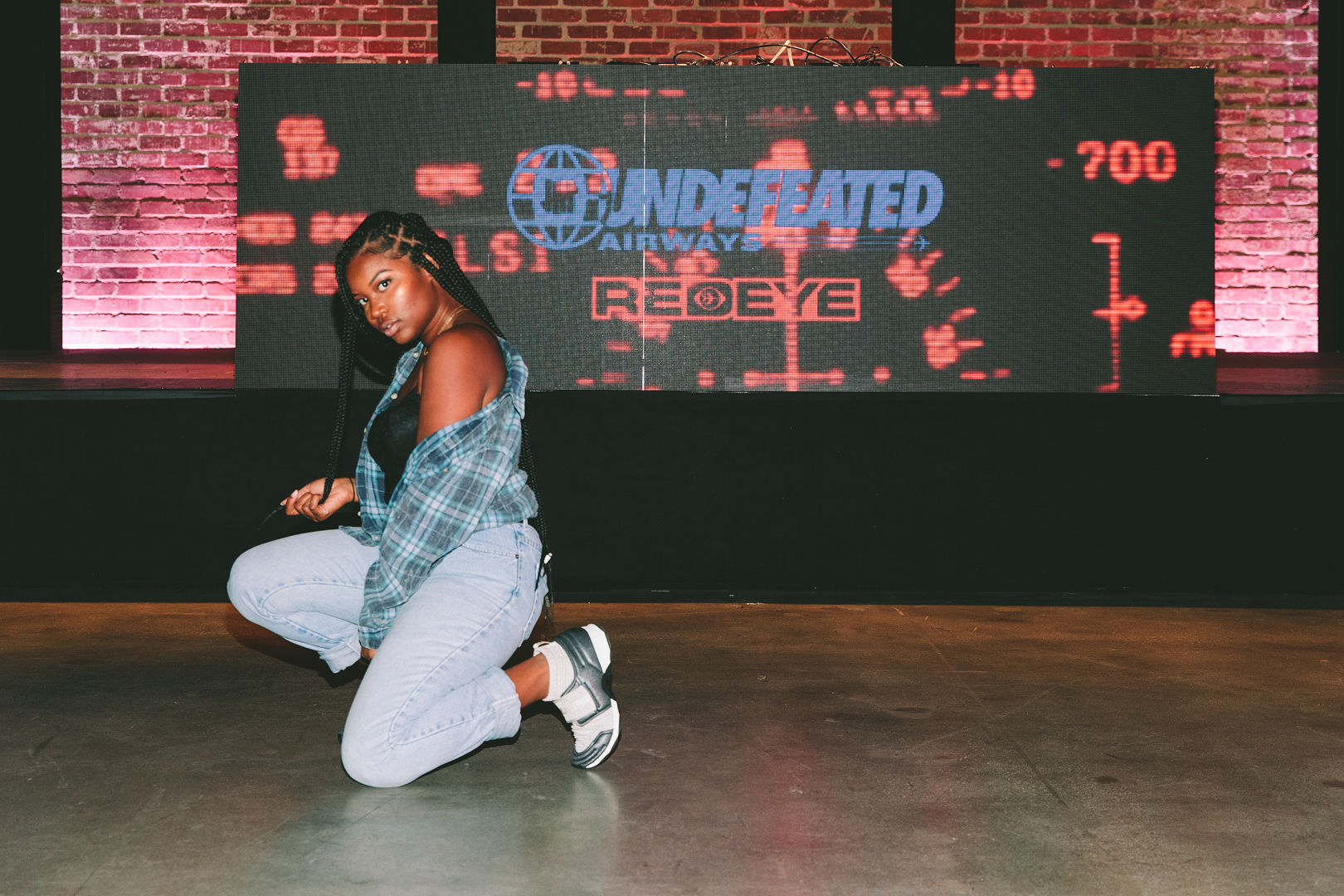 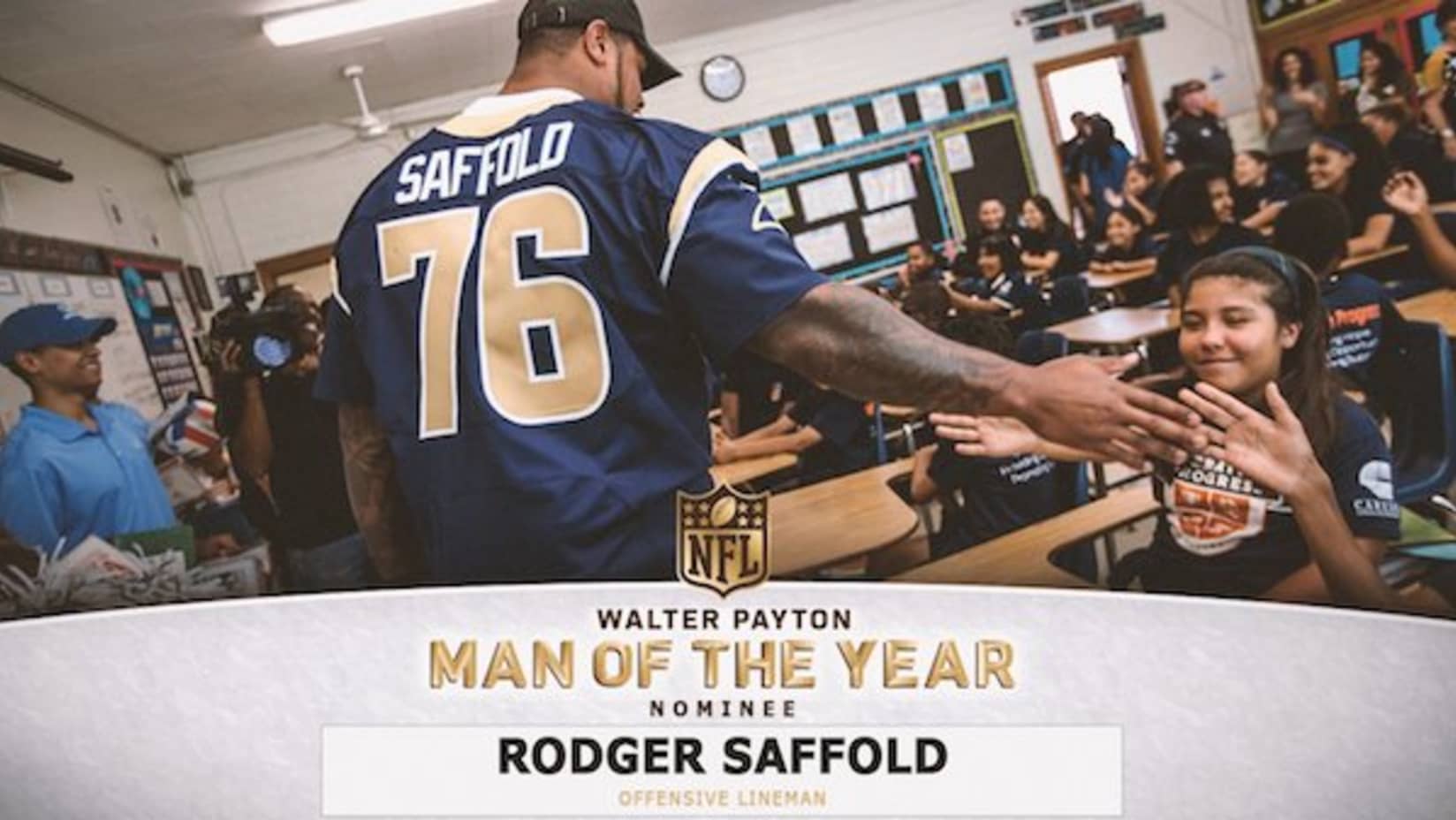 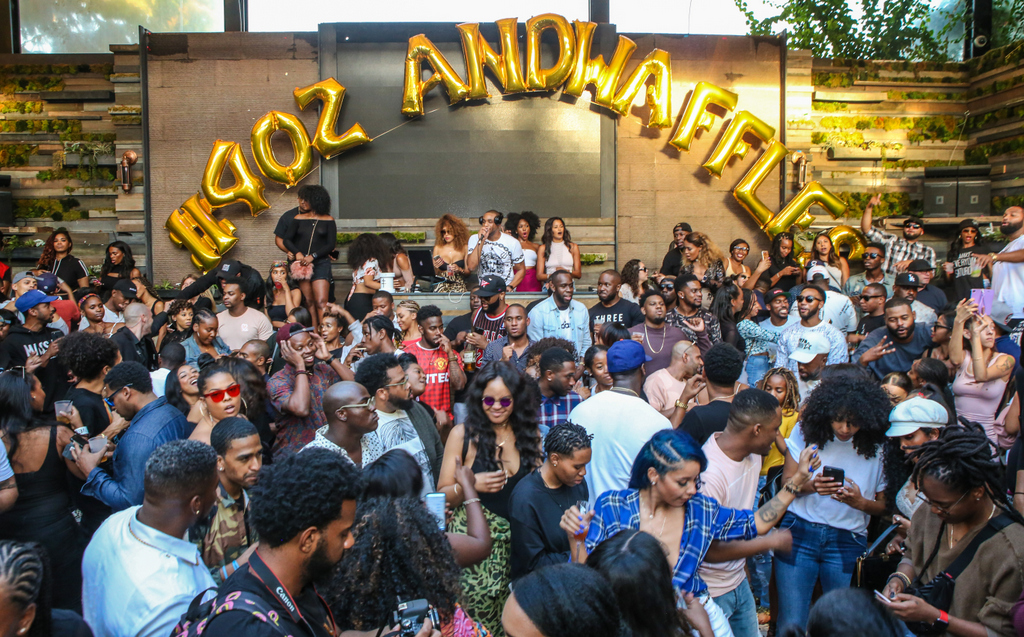 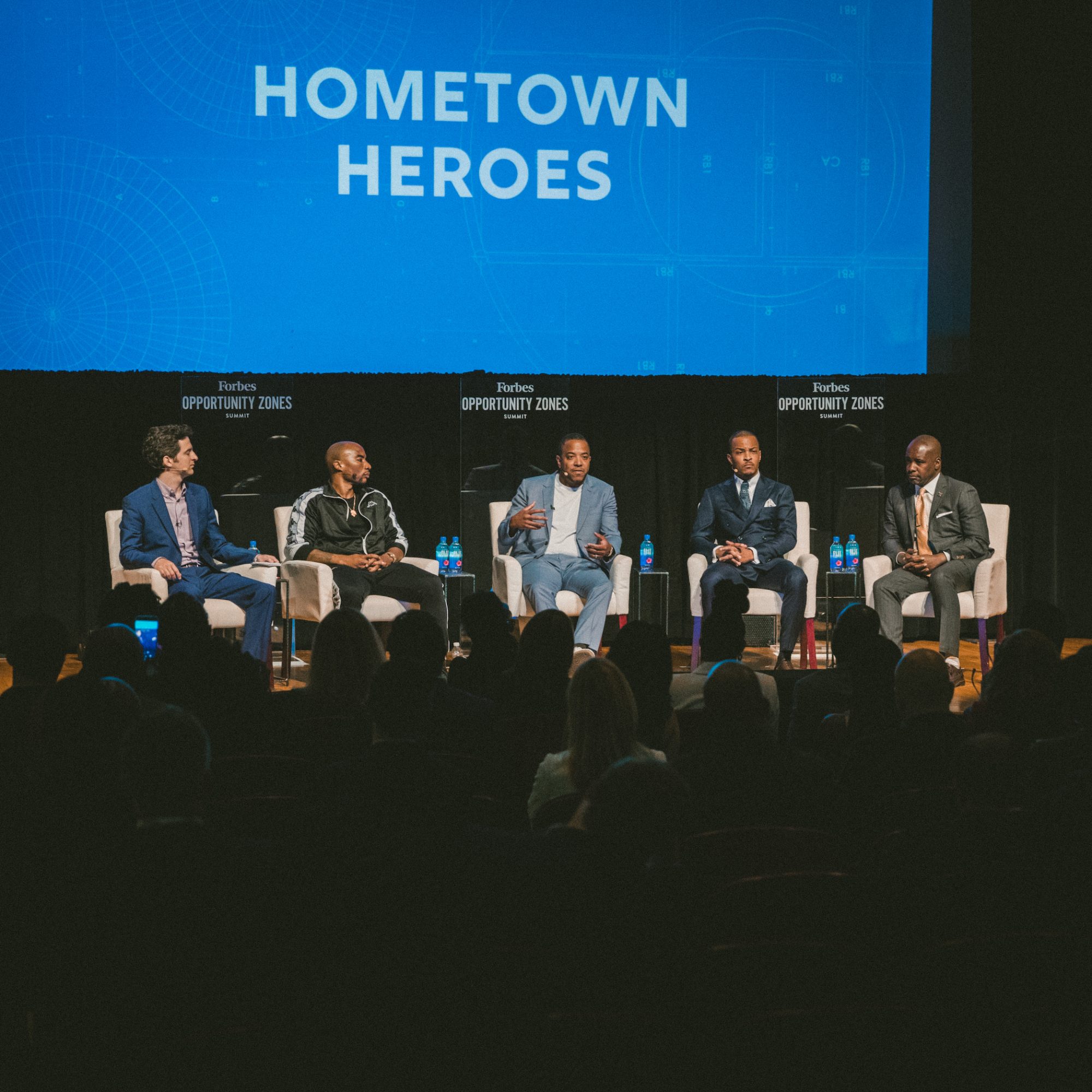