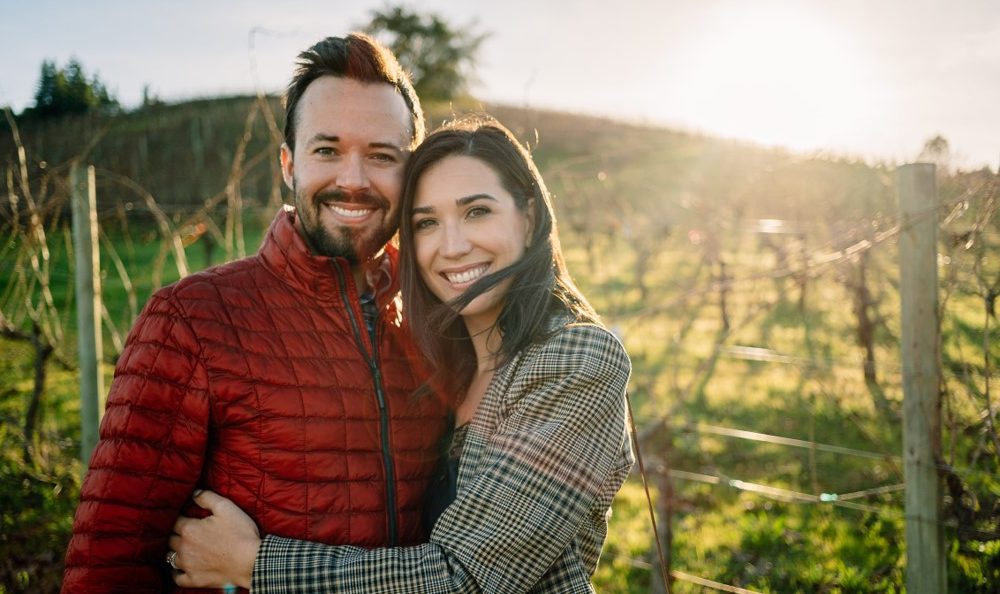 Today we’d like to introduce you to Burke and Kellie Doeren.

So, before we jump into specific questions about the business, why don’t you give us some details about you and your story.
We kind of fell into Branded Content and the advertising world. We both went to Chapman University’s Dodge College for film school and met in the class called Visual Storytelling. Burke was a Film Production Major with an emphasis in Cinematography, and I was a Broadcast Journalism and Television Production Major. Burke was that guy in class who made an entire short for his final project (they asked us just to do a scene without dialogue) because filmmaking is in his DNA. I thought I was going to be a host for the Today Show and then after my first class, I immediately knew that news was not my route but instead focused more on TV production.

Burke has known since he was a kid that he wanted to be in this industry, and he was going to be a cinematographer and director. We both worked in unscripted for several years, which though was not our goal to work on forever, it did teach us a lot about development and working on large crew shows. I worked in Development and Production as an executive assistant for a really talented Executive Producer at Discovery Studios for a few years out of college. He taught me a lot about what it means to be a producer. I got thrown right into it my first month when I worked on a pilot, and it involved being in the sewers of LA at night. Burke worked as a DIT and moved from Cam-Op to Director of Photography.

After Discovery, I moved onto Casting in both unscripted and in casting for advertising campaigns. Casting was never an area I thought I would find myself, but I really enjoyed it! It was a different perspective on the commercial world that I never expected to get to know, but I think it really helped in my development as a Producer. Burke also worked with the Digital Television Department at Whalerock Industries (formerly BermanBraun) and created content for their digital networks including several celebrity networks such as Tyler the Creator and the Kardashian Sisters. He was also part of the revamp of the show “Battlebots,” and Burke is now the Specialty Camera DP for the series which airs on the Discovery Channel.

His main focus on the show is to capture everything in the most cinematic way (read slow-motion and epic) to be used for promos, hero shots, and the robot fights. Over the past couple of years, calls started coming in along with requests for branded content, and so we began producing our own shoots with clients and brands. We have always loved the commercial space, and it was a goal of our’s to create exciting, beautiful content for digital platforms. It took a couple of years for us to be fully confident in launching our company full-time, but we have not looked back since we did!

Our ultimate goal is to dive into narrative television and features, but for now, advertising is a great way to work on different types of projects and expand our creativity in new ways.

Overall, has it been relatively smooth? If not, what were some of the struggles along the way?
It’s been an interesting and very dynamic road so far with lots of exciting milestones and definitely some stressful times, and we expect it to be that way for a while. Owning a business means that there will be struggles throughout the entire lifetime of the business.

It’s definitely a balancing act between making sure you are seeking out new clients, new projects but also making sure you don’t burn yourself out too quickly while also maintaining detailed attention and delivering for current clients.

Some of the struggles we face currently are just making sure we have enough work lined up for months in advance and the financial aspect of making sure your contractors and vendors are paid in a timely manner because sometimes clients are on a 30 day pay period.

You have to be ready for those months where there may not be as much work, so it teaches us constantly about managing our time and appreciating those dips in work. We also have to remember that we are creative people, so we utilize those small breaks as a chance to experiment with new equipment or work on passion projects and put that business owner hat on the rack and break out the artist hat.

We are also very fortunate that majority of our business is referral based and we have this incredible circle of extremely talented friends who are also our colleagues that we get to collaborate with. Plus, being that we are husband and wife, we have to remember that our work relationship and our personal relationship both need equal attention.

We have made a few boundaries since we work from a home office when we are not on location or at a studio: no work talk until both of us are out of bed (and coffee is in hand), no laptops or iPads in bed or on the couch and lastly but most importantly, communicate. It is so key as business owners to communicate with each other or else we are not giving each other the best chance to succeed in the project.

Please tell us about 22 Waves Creative.
We are a Digital Media Production Company that specializes in producing cinematic branded content, commercials and television as well as Architecture Photography. 90% of our work is digital branded content, and we aim to be known for providing high-quality content for brands and networks.

I think what sets us apart from other companies that are in the same area is that we shoot each project with the idea that it can air on any platform including broadcast, so we have a very cinematic tone to our work. We have worked with brands such as Facebook, Fairmont Hotels, Chevron for Adam Savage’s channel called Tested, and networks like ABC, Disney, Discovery, and most recently Burke was the Speciality Camera DP on a new Netflix show that is airing this summer.

The other unique branch of our company is Architecture Photography. Burke has shot celebrity homes for Vogue in the past, and now one of our clients is Dwell Magazine. We shoot branded content for their website advertorials as well as print. Each home tour we do for the magazine is a short film of the house. We focus on the story behind the homeowners, architects and the build of each unique home.

It’s a really interesting perspective on a home tour, and then we also photograph the entire home for the magazine. This has been an exciting chapter of our business because it gives us an opportunity to truly be creative in both video and photography.

If you had to go back in time and start over, would you have done anything differently?
If we were to start over, we would not change a thing (cliche but it’s true)! Each person’s path is unique to them. There is no true formula for success in our industry, and we love that. It means you really have to carve your own way and work for where you want to be in your career.

We started working when digital was still pretty new, but we had an instinctual feeling that we needed to adapt to this new medium quickly and take on more risky opportunities like buying a digital cinema camera and aiming to produce social media content while still aiming for the broadcast commercials.

The film and television industry can be tough and grueling at times, and with social media and digital networks, pretty much anyone can be a creator which is great but also means that the competition is always alive and in the forefront. So we have to keep working and growing our skill sets both as professionals and as a company.

Many all-nighters have been pulled (and there are more in our future), weekends dedicated to projects whether it’s planning, shooting or editing but in the end when you see what you created airing, it is incredibly rewarding, and we don’t think that feeling will ever go away nor do we want it to. 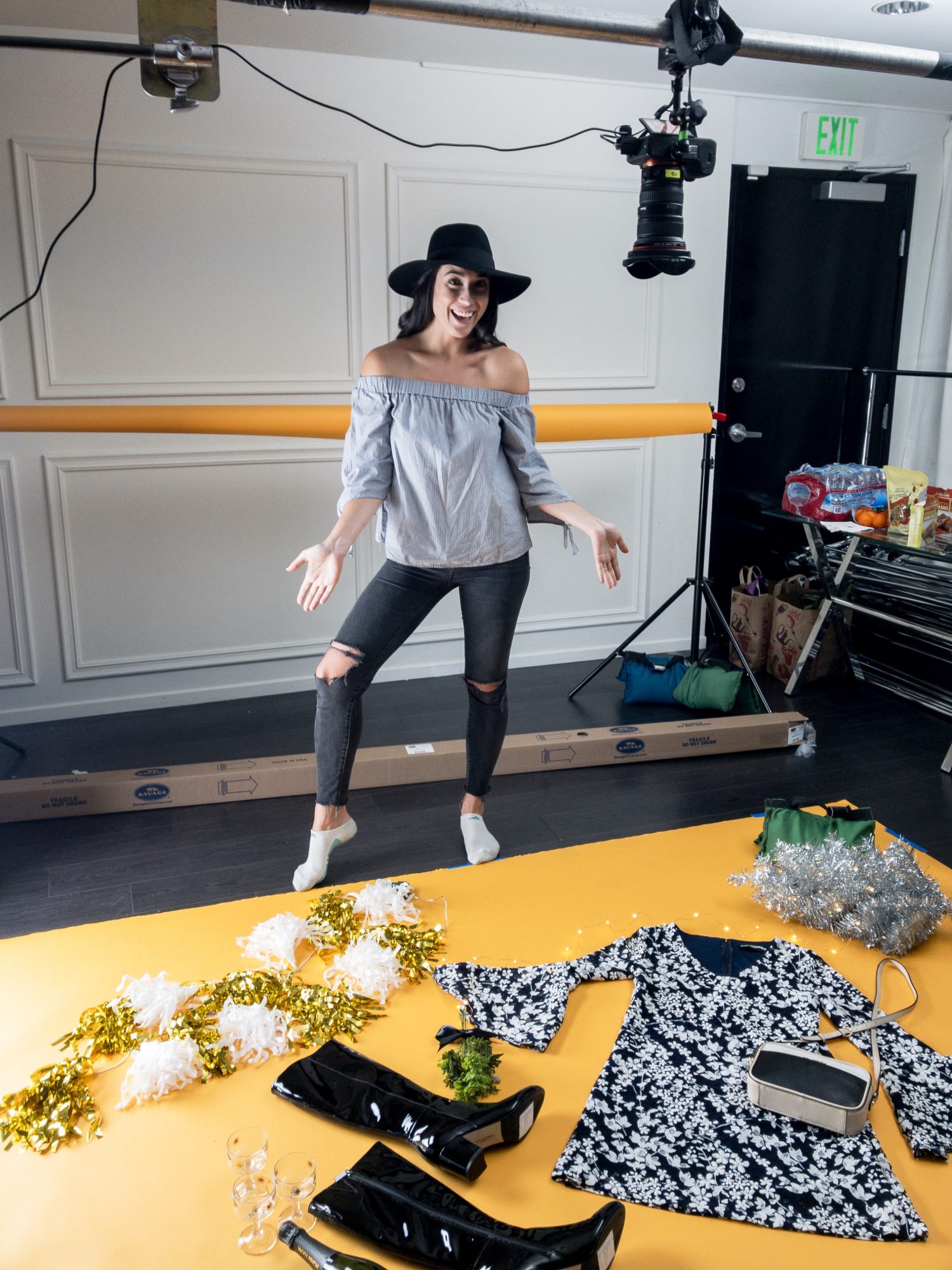 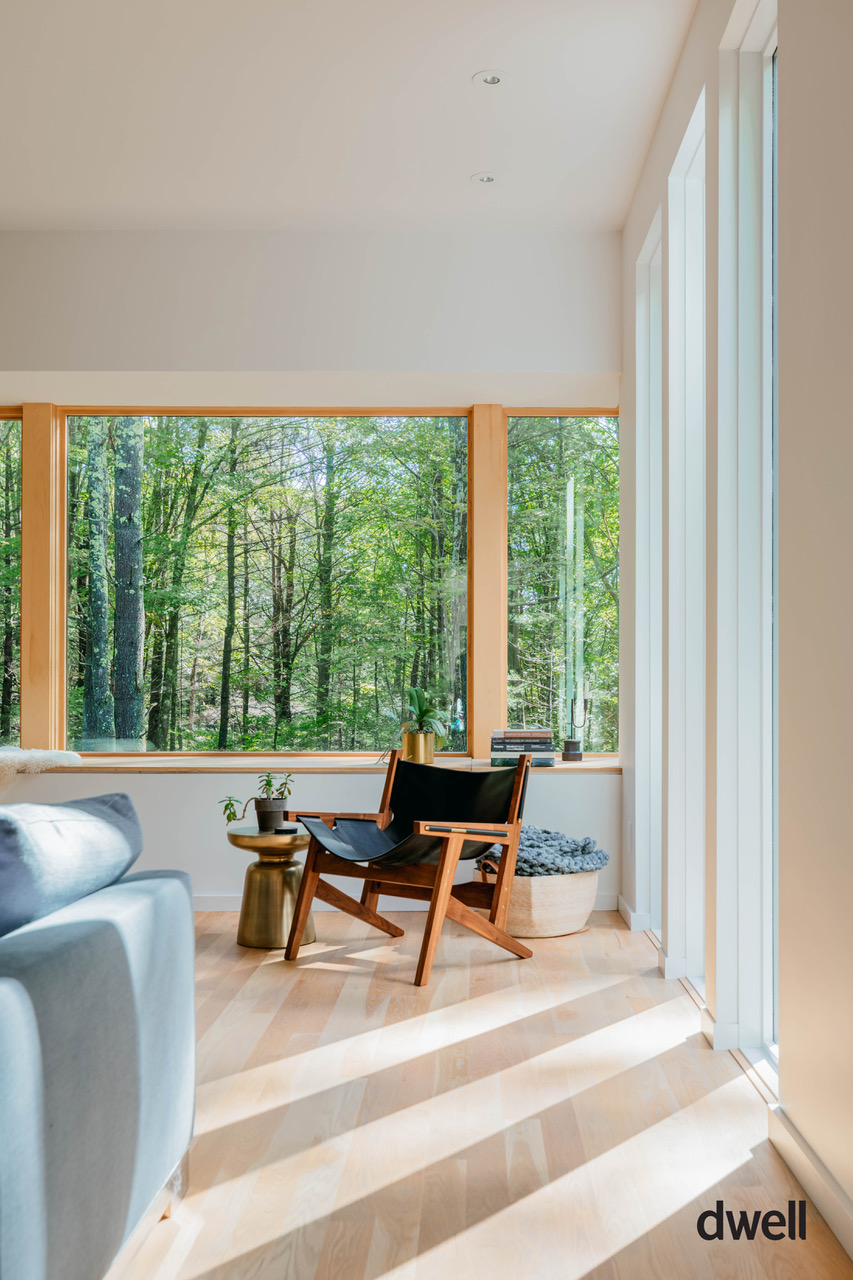 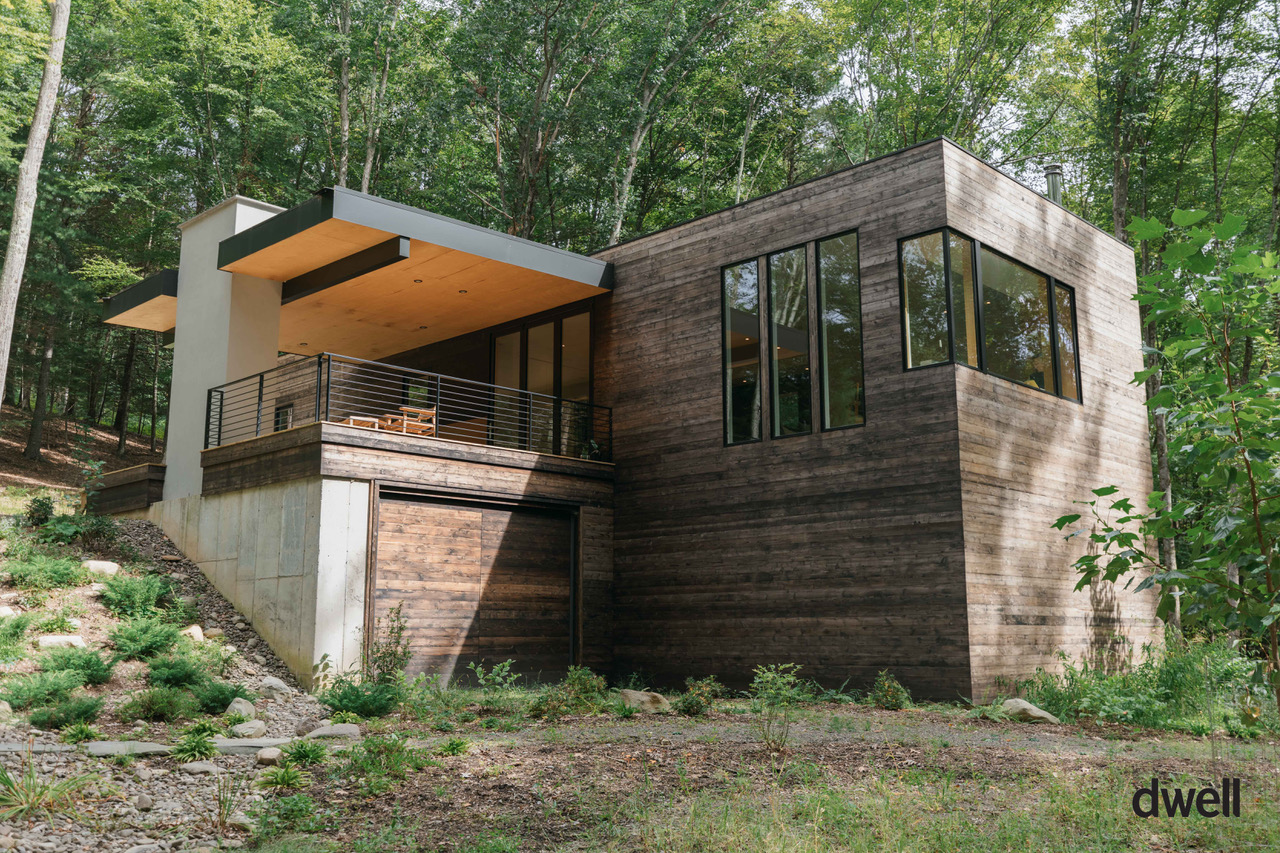 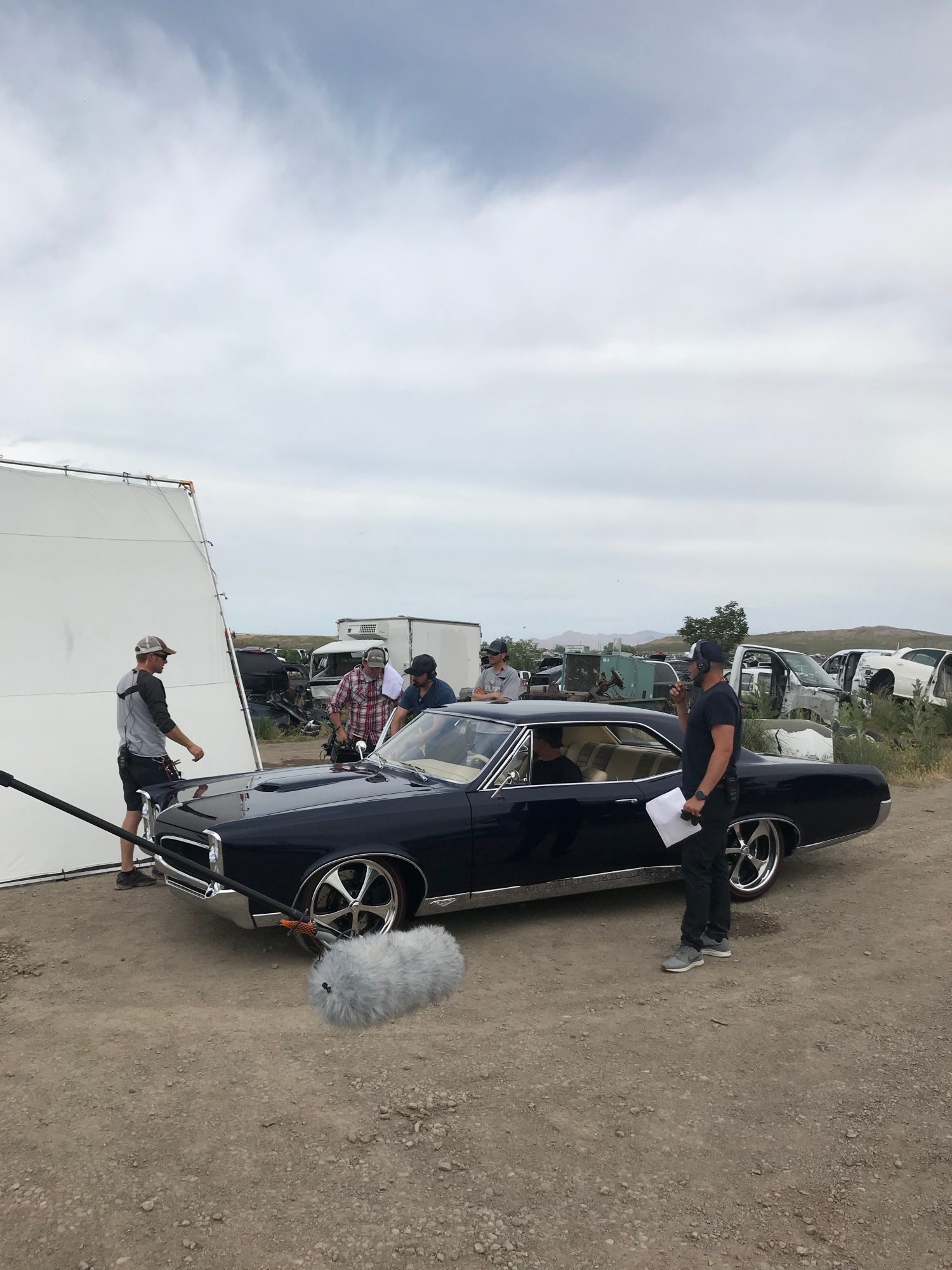 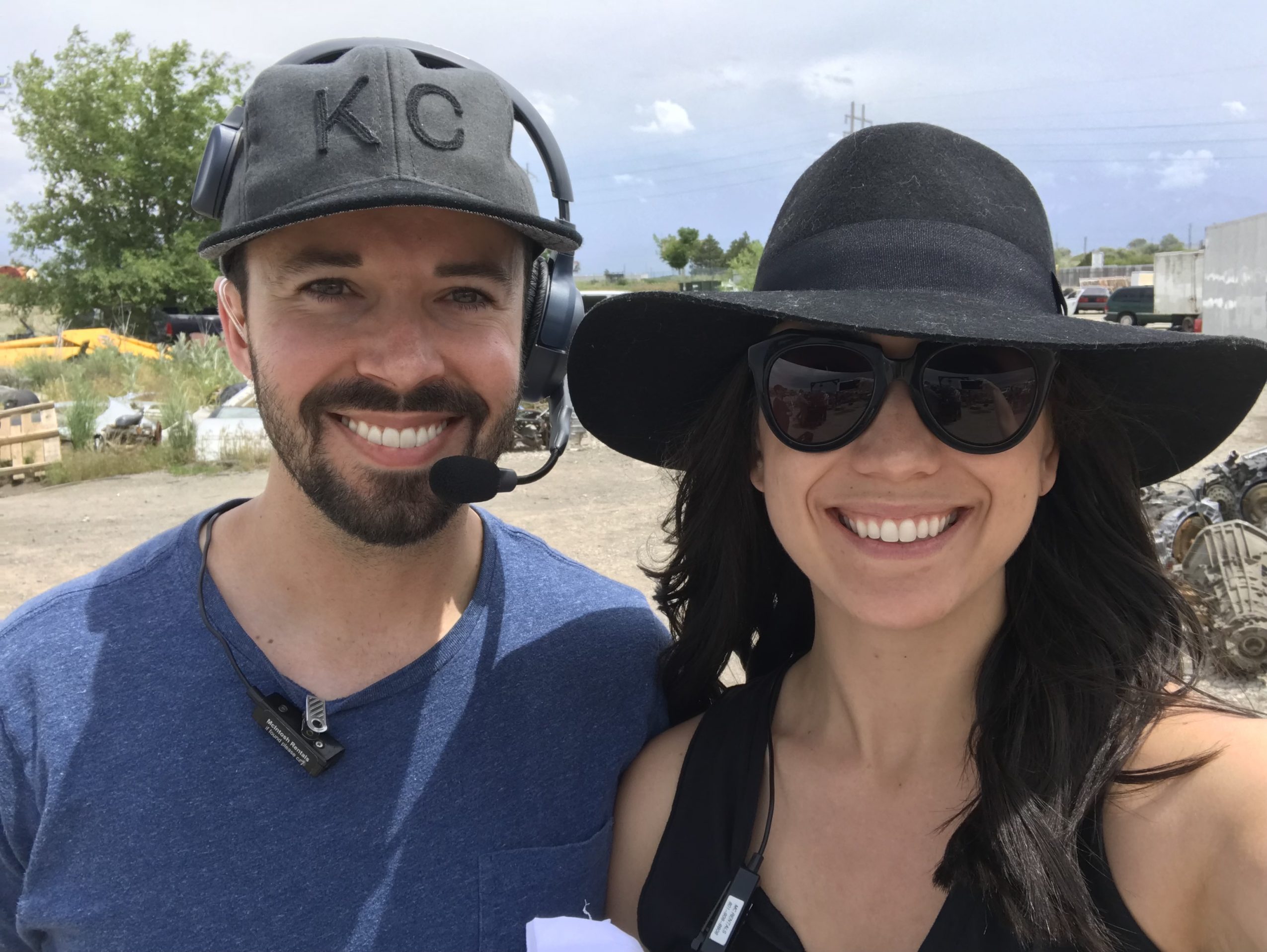 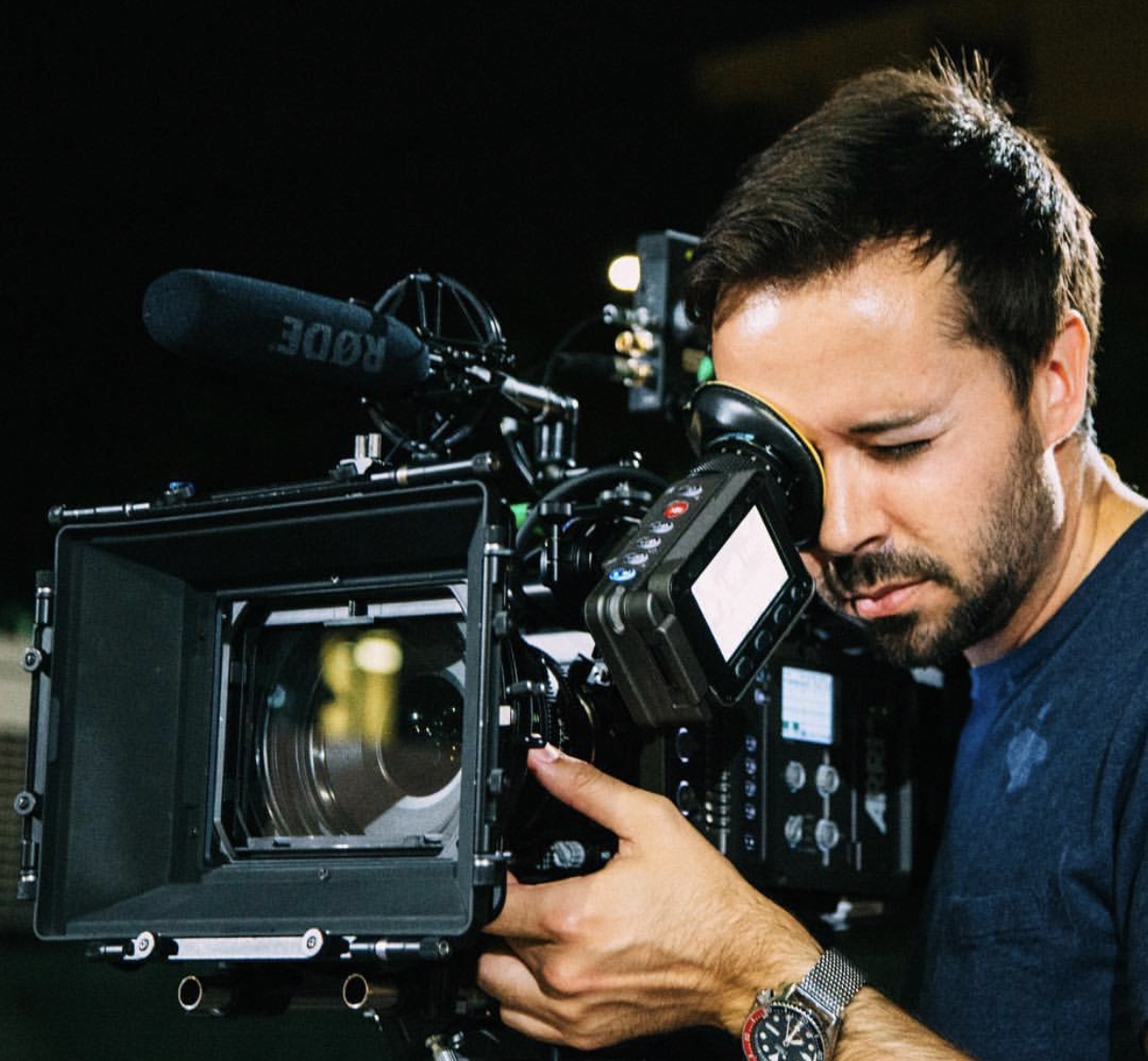