Meet Burak Yerebakan of The Wakeful Room in Midcity 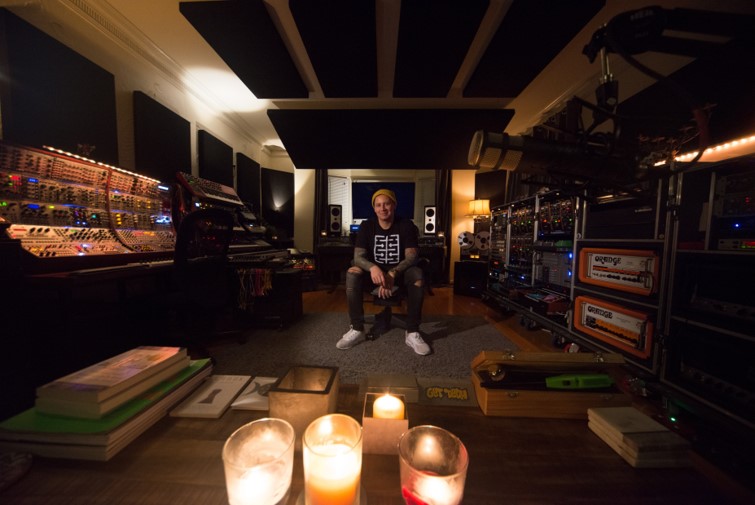 Today we’d like to introduce you to Burak Yerebakan.

So, before we jump into specific questions, why don’t you give us some details about you and your story.
Everything started with the sound of an electric guitar, heavily distorted, powerful. I heard it and I fell in love. All I wanted was to learn how to control that energy. That was around when I was 12-13 years old. After a couple of years on spending some time on my sister’s cheap old classical guitar I knew I needed an electric guitar and I cried so hard to make my dad buy me one for my birthday. I became obsessed with guitar, rock music, and eventually making music. I started getting lessons through high school and when I started college and I was finally over 18 years old, I was able to play some bars and venues around town.

I was studying electrical engineering but I decided I wanted to be a musician around my third year in college. I was 21 years old and making decent money playing guitar for a pop-rock cover band but soon realized that it was not going anywhere, I could get stuck in bars forever so I needed to expand. I quit that band which has been a quite important experience for me also was an opportunity to meet and show my skills to many artists and musicians around Istanbul, playing all those popular bar stages. The nightlife was pretty crazy and busy at those times in Istanbul. Soon after I was offered to play guitar for a pop artist and also one of my favorite bands growing up and that was magical. That was an alternative rock band called ‘Vega’ which most of our generation really liked and respected. Couple of years playing with these projects met more people, showed myself more and eventually joined the band ‘110’ which I can say that I was an official member of a band for the first time.

Between 2007 and 2011, I have toured the whole country many times with these three projects and recorded albums, made videos, many tv appearances, etc. I was 25 years old and I made a decision. I thought I have waited enough to gain experience, learned a lot from all the musicians I worked with and it was time for me to start my own adventure, possibly somewhere out of Turkey. Because I didn’t want to be a session musician or a professional guitar player for live gigs forever, I wanted to make more music, create more music. And I wanted to be free. I wanted to create the sounds the way I like them and carry them with me and share them to people who might like them all around the world. And I saw that was not pretty much possible starting from Turkey at those times. I wanted to learn more, I needed to learn more. I had to leave. I felt stuck.

I couldn’t leave. I got offered to play in a new band called ‘Model’ and soon after I joined the band as an official member. We were doing really good, won so many awards, playing so many shows, touring, always on the radio, always on tv. The band became one of the most famous bands in Turkey. I still wanted to leave Turkey to make music in Europe or the States but that was a great opportunity to use so I ended up staying there. For around 3-4 years, I worked pretty hard to carry that project to a better level, hoping that eventually we could release some tracks in Europe but that never happened. I have lost my faith to the other members and left the band. I knew they were not coming with me to where I am going to follow my dreams. They made that clear with their actions and bad decisions. So I left.

I was like, ‘What was the last plan? Right, get the hell out of here. Make music. Be free.’ But where? Didn’t have many options. Was thinking about Berlin or London, which both could be easier as they are not 14 hours away from my hometown Istanbul. But I chose LA after a couple of trips to California. I felt that LA is the right place for me to be to start over and build something big and strong that I can go where I wanna go and to find the people that I wanna go with. I moved to LA. Started building a studio at the place I was living. Started meeting new people, new musicians and I realized I am really in the right place cause I can’t stop learning new things every other day.

Overall, has it been relatively smooth? If not, what were some of the struggles along the way?
It was never smooth. I always had to fight, still fighting. There was only one smooth section when we got pretty popular with that band in Turkey, everything became easier, things were flowing. I felt satisfied and I was thinking that all the struggle before finally paid off. Well, that did not last long and I took a bigger challenge moving to LA.
It’s been almost four years since I moved and I can summarize the process like this: First year was just excitement and getting surprised seeing and learning new things. Everything looked bright and I was totally sure about I was right about moving to this city which is the capital of music, heart of the music industry, there is so much to see, there are so many big opportunities and possibilities, it was just awesome.

Second year: Total depression. None of this is real. Nothing works like it used to work, no progress, no hope, was it a mistake? Questioning everything. Existential crisis. Language barrier started to hit harder. Culture barrier started to show its teeth. I dug myself into the ground to start the new life from deep down. Forgot everything I knew and opened myself to learn and understand all over from the beginning. ‘I did it once, I can do it again’ was the motivation. I moved here to make music to follow my dreams but I forgot about myself, my personal life and health. I was just stressing myself to see somethings happening and happening soon but that was pointless.

I stepped back and started the third year. With a clear mind and less stress because nothing is more important than your health and you can’t go anywhere if you’re not physically healthy. So I tried to gain back my past lifestyle and remember what things made me happy and healthy and powerful. Which LA is the best place for. There are so many options for outdoor activities and adventures. I started working out regularly again. I bought a dirt bike that I can escape to the desert to get away from the craziness. I started boxing which has been a big progress and a commitment in my life.

So overall, my biggest challenge was psychological. But I think I left it behind by reading the right books, making the right decisions and I feel like I am in a good place now. It is really hard to change the country you are living at, there are so many unexpected things coming up everyday. It takes time to get over but you eventually do.

The Wakeful Room – what should we know? What do you guys do best? What sets you apart from the competition?
I am a professional guitar player and music producer. As a guitarist, I have always tried to sound modern and new so I am constantly working on to modify my guitar sounds using special processing. I use a bunch of hardware pedals, various softwares, modular synths, midi syncing, etc. I love synthesizers and how they sound but my main instrument that I play to express my thoughts is guitar. So I try to be innovative with the tools I have. The thing that people pay the most attention to my guitar playing is I use a Theremin with my guitar rig on stage. Theremin is invented as an instrument, it is a very basic synth, that generates a monophonic sound which you control the pitch and volume of that sound with your hands in the air, the distance between your hands and the antennas modify the sound. So I use that distance data to control some other parameters for other effects. I have been using a swelling effect, controlling my low-pass filter this way into a deep reverb with my band Crook, played many shows in venues around LA. That setup has become a special instrument that I learned to play better in years.

I also have a home studio, I call it ‘The Wakeful Room’ which I record, produce and mix music for all my projects. I create music in this room, alone or with my musician friends most of the time. I have produced Crook’s second single ‘Lavender’ and our first EP ‘The Sleeping Giant’ in this room alongside some other studios that I used for tracking. The room is usually the headquarters, I plan and start everything here and bring everything back here in the final mixing process. I also work with independent artists to bring better quality to their music production, record them or fine-tune their recorded material with detailed editing and mixing and I direct the whole process as a producer to create a final product that we all can be proud of. I have quite decent experience in all parts of music production, arranging, writing, synths, and drums programming, vocal tuning, and mixing. I have a good collection of hardware processors and softwares (plug-ins) and I always try to be up to date with the music technology, follow the news, new sounds, new products. Making music with modular synthesizers is another obsession that I have which is a different method to create sounds based more on experimenting.

What role has luck played in your life and business?
Luck was never there when I needed it! So I just don’t rely on luck. Never won anything on lottery. I believe in working hard and creating as many opportunities as possible under the circumstances I have around me. I left everything and moved to LA and the main reason here actually is there is a lot more opportunities in LA for a musician, so even if my luck factor is constant, I might have more opportunities coming at me because I put myself right in front of them. It is harder but thats the challenge I already took. Work it harder, make it better! I think ‘communication’ is key in every area of life. You have to improve your communication and people skills to get most of whats happening around you. ‘Efficiency’ is my greatest friend as long as there is a good ‘balance’. 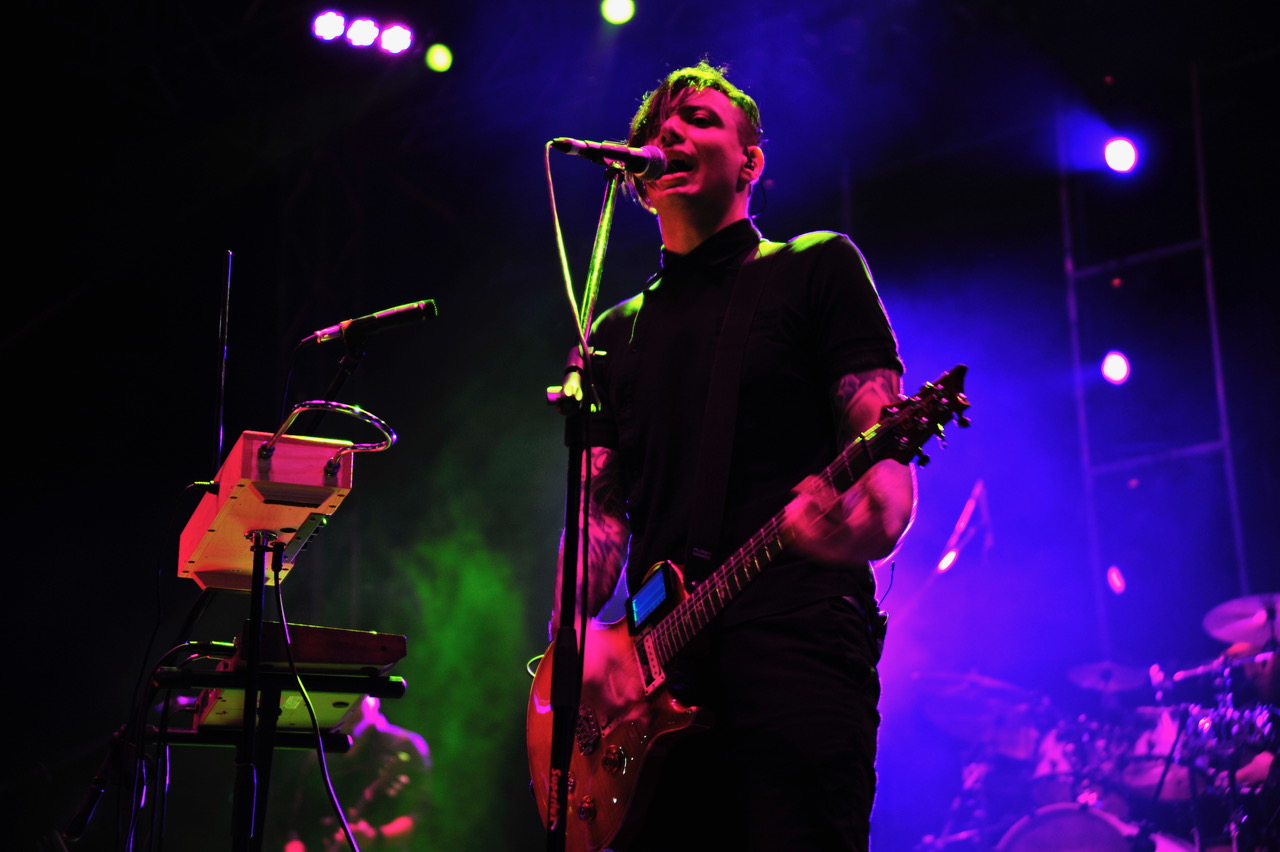 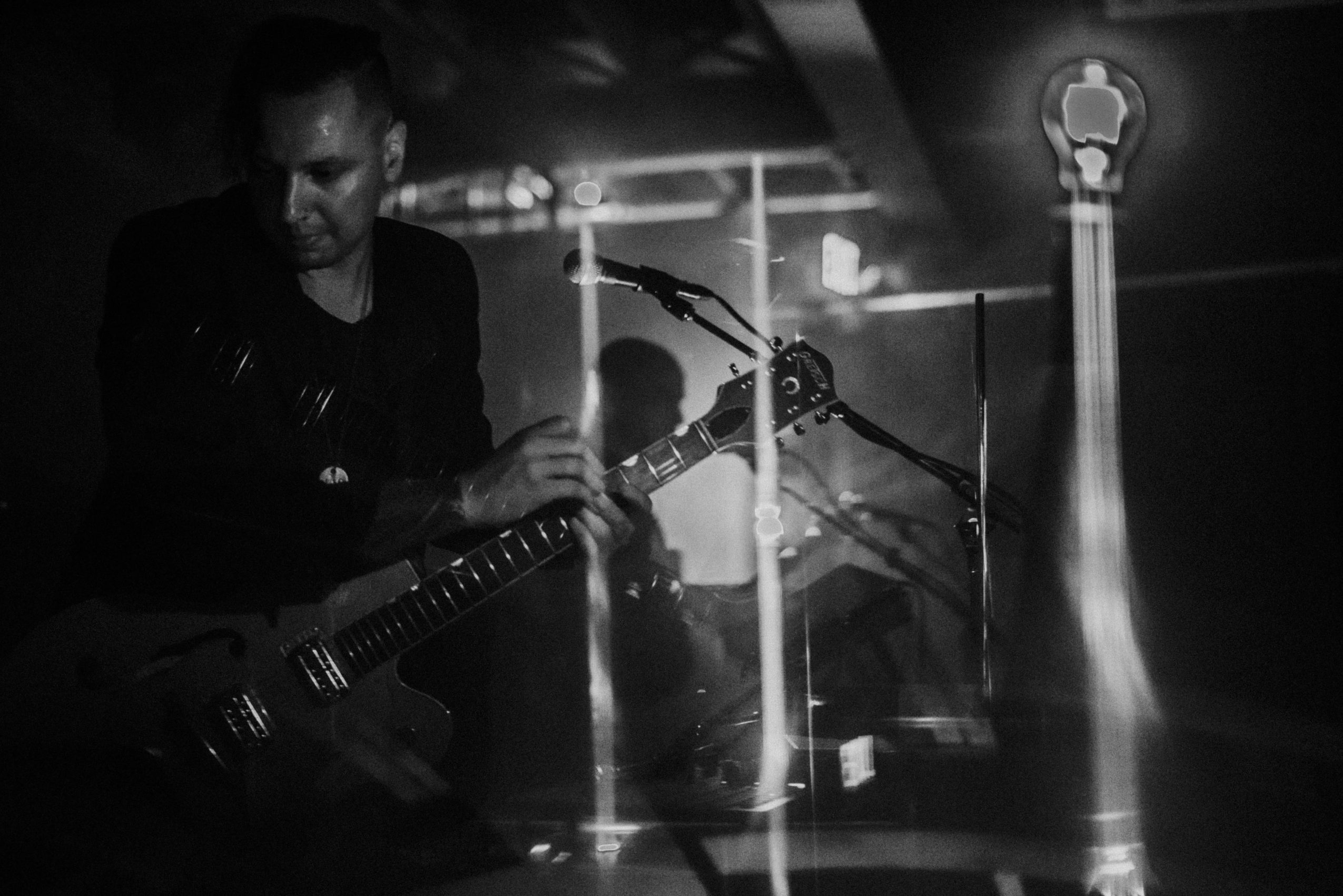 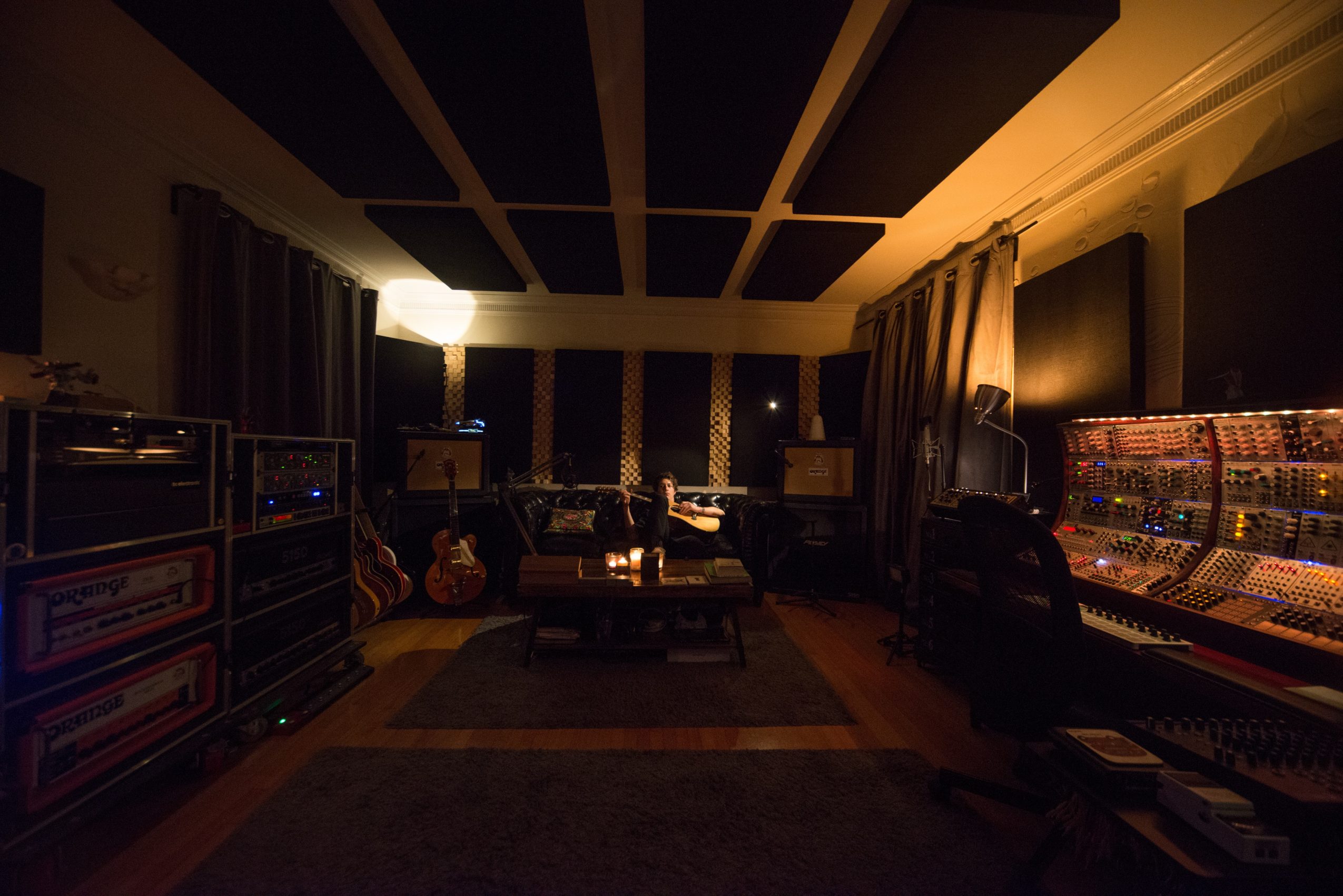 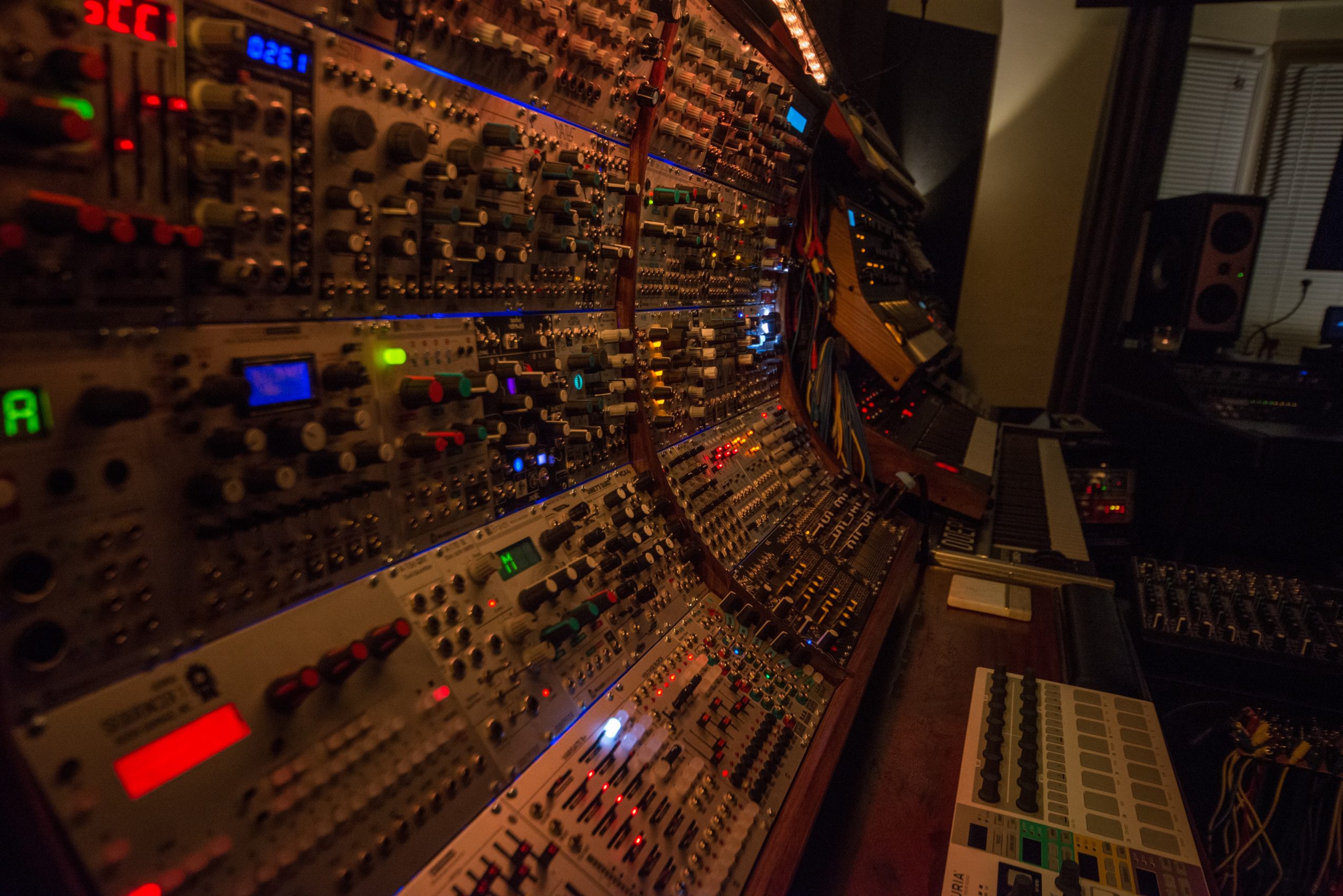 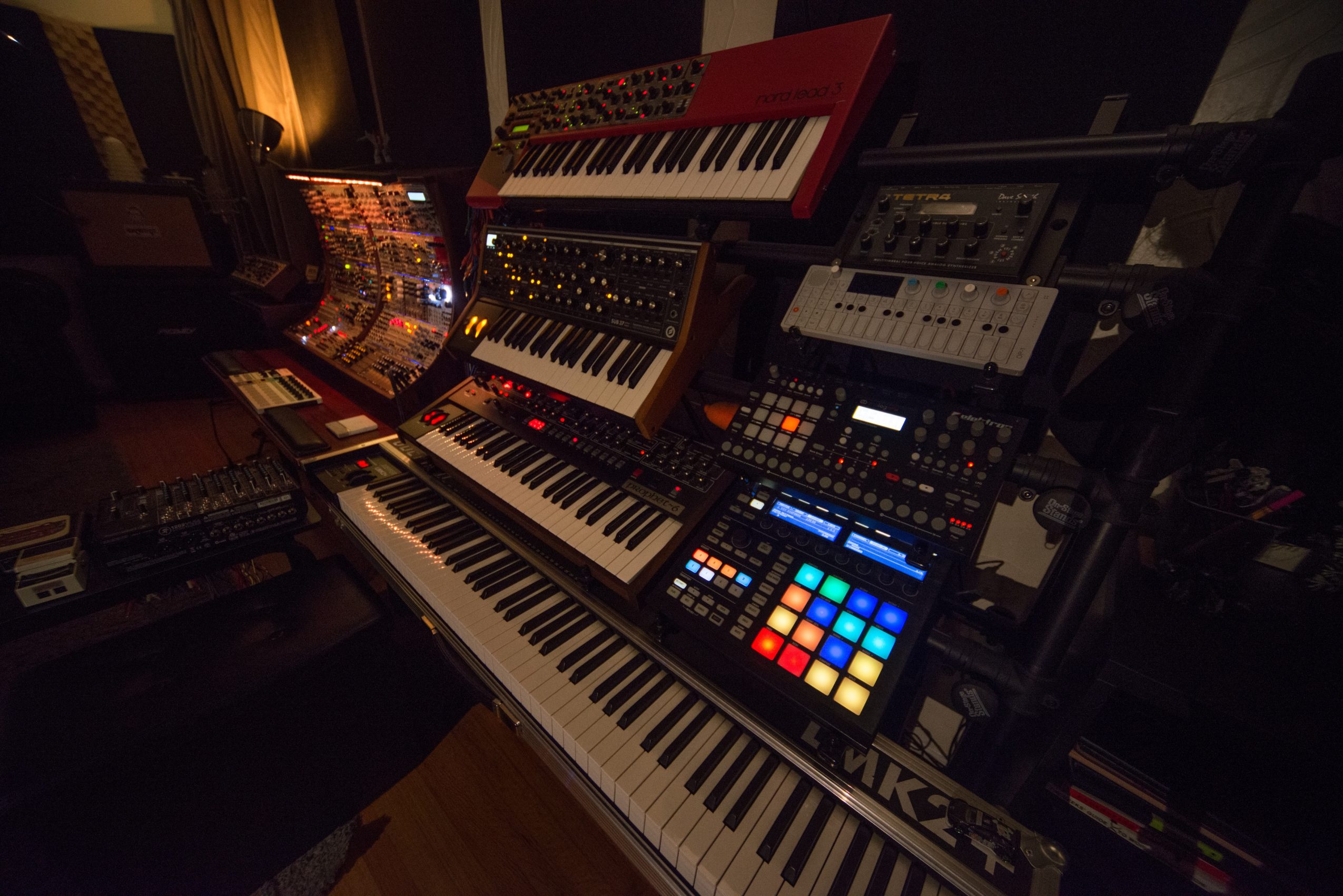