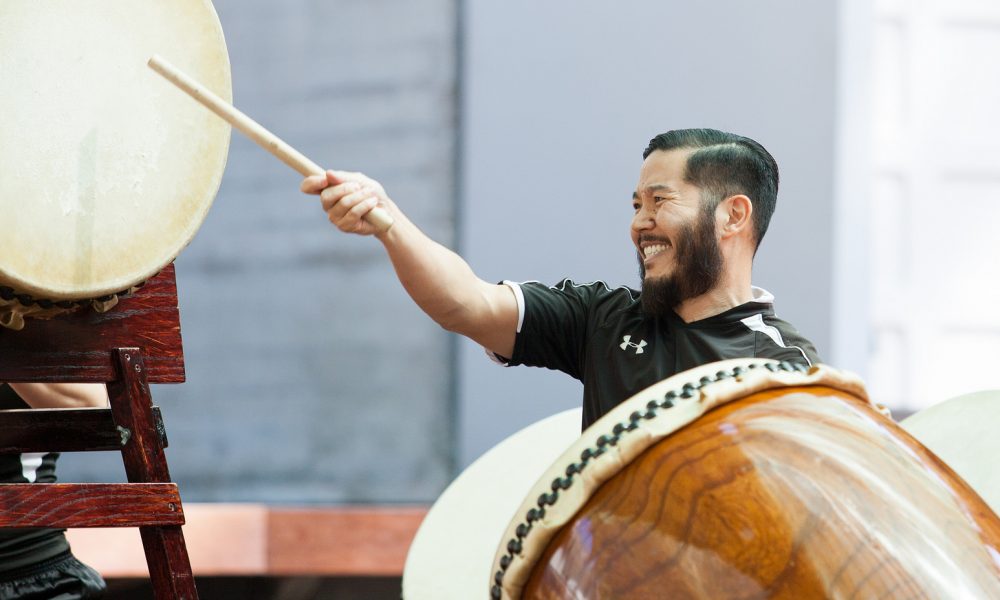 Today we’d like to introduce you to Bryan Yamami.

Bryan, can you briefly walk us through your story – how you started and how you got to where you are today.
I started learning taiko when I was a kid, and as I grew up it became a bigger and bigger part of my life. At first it was just a fun activity with my friends, then it became a little more serious when I started getting paid to do it as a part-time performer, and then in 2000, I took the big leap to form a new group. Now we are a locally and nationally-funded non-profit organization with a regular national and international touring calendar and school with almost 100 youth and adult students.

Overall, has it been relatively smooth? If not, what were some of the struggles along the way?
We have always believed in perpetuating the traditions of taiko while also innovating and pushing the art form beyond its standard and comfortable limits. Because of this, we’re often criticized by traditionalists, who might characterize what we do as “not taiko.” Critique comes with the territory, though, so it’s not unexpected, and conversely, it shows how passionate so many people are about taiko.

Taikoproject – what should we know? What do you guys do best? What sets you apart from the competition?
We were first formed to develop a taiko concert program infusing storytelling, multimedia, and a modern aesthetic. After that, we realized there was much more we could do to serve the art form of taiko. We created a school to teach adults and youth taiko, developed an educational program that is currently booked in dozens of schools annually, and have continued to create new music for taiko. We have been fortunate that taiko has been embraced by the American entertainment industry in the last decade as well. We have performed on the Academy Awards, the Grammy Awards, the Late Late Show with James Corden, Conan, Jimmy Kimmel Live, The Voice, The X-Factor, Food Network’s Iron Chef Gauntlet, commercial ad campaigns, and music videos. We’ve become Hollywood’s go-to taiko group, and while each experience is fun and exciting, it’s also challenging to make sure taiko is accurately and respectfully represented.

What is “success” or “successful” for you?
For us, success is simply sharing our music with people. Whether it’s in top-tier concert halls, community and family festivals, or in elementary school cafeterias, they are all important in exposing people to the diversity of music-making in the U.S.