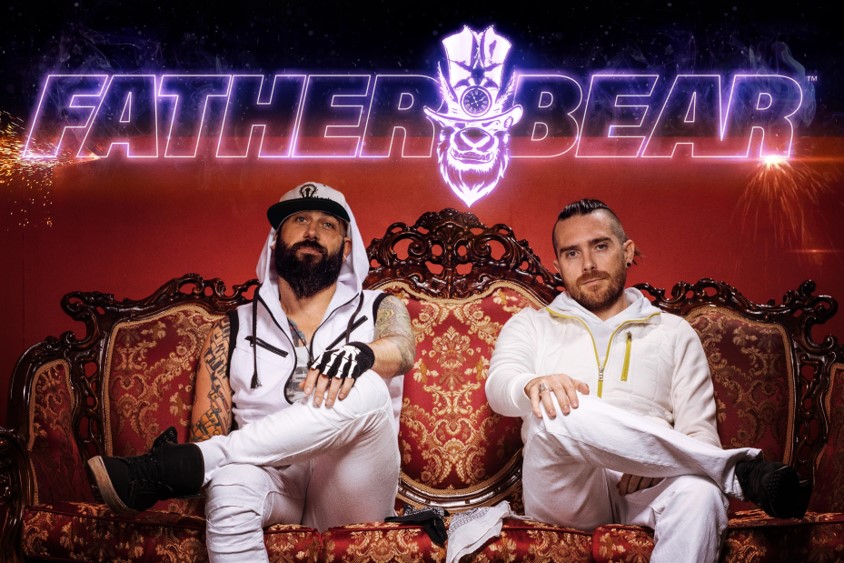 Today we’d like to introduce you to Bryan Steele and Spencer Brock of FATHER BEAR.

Bryan and Spencer, please share your story with us. How did you get to where you are today?
I (Bryan) grew up in Seattle during the grunge era, listening to Nirvana, Pearl Jam, Soundgarden, and Alice in Chains. Dave Grohl lived a few blocks away from me and came out to toss the frisbee or kick a ball around with my friends and I on numerous occasions. But I had eclectic taste, and most of my tape collection trended 90’s Hip Hop. Dr. Dre, Naughty by Nature, Snoop Dogg, Onyx, & A Tribe Called Quest were just a few of my staples. I loved the showmanship, stage presence, and energy of Rock n Roll shows, and I loved the beats and intelligent rhymes of Hip Hop. I began playing guitar in 7th grade and continued to do so through college in San Diego, where I’d moved after finishing high school in Seattle.

At the age of 25, I answered a Craig’s List ad for a band seeking a singer. They sent me a rough recording of a track they were working on. It had a cool surf rock vibe to it like Jack Johnson meets Donavan Frankenreiter or Citizen Cope. I wrote a fun rap for it about a surfing lizard named Freddy and performed it in the bass player’s garage with the full band. They loved it and I was in. We called the band Drive By Jones, and over the next few years, we played every big venue in San Diego. I loved the fusion of our sound, and as it evolved with a new drummer, percussionist, and keyboard player, we continued to push boundaries of genre – drawing comparisons to Incubus and Red Hot Chili Peppers.

I went to Burning Man by myself in 2006, curious to check out this radical festival my friend had attended the year before. It blew my mind wide open, and I fell in love with Bass Music. I started messing around on Garage Band, making beats, rapping, singing, storytelling. Hell, I even read a Dr. Seuss book in an Australian accent on a track for shitz n giggles. I continued to attend the Burn the next few years while discovering Burner culture in smaller, boutique festivals like Lightning in a Bottle in 2007. I loved the vibe, the music, the characters…the weird. I was drawn to Los Angeles, where many of my favorite new friends lived, and moved there in 2009. The band stayed together for another year, but the distance and juggling six members’ schedules proved too difficult, so we called it quits in 2010.

The following year, my friends and I picked up a rideshare in Toluca Lake who needed a ride to his first Burn. He was standing on the sidewalk with a big red beard and neon cowboy hat, with a single plastic bin at his feet to compliment his cheshire grin. It was Spencer Brock. We clicked immediately and bonded over that dusty week in the desert. He had also come from a live music background, having been in several bands – and growing up on tour with his father, legendary drummer, Tony Brock (Rod Stewart, Tina Turner, Eddie Money). I took him to some of my favorite artists – Bassnectar, Tipper, Vibesquad – and we set our minds to figuring out how to make those sounds. We sunk our teeth into Ableton production software shortly after we returned to L.A., and decided to call the project FATHER BEAR – who struck us as an Intergalactic Gypsy that roams the cosmos throwing parties for aliens. We began with Dubstep, and over the next few years (and a few questionable releases) we transitioned to Glitch Hop, then Trap. We began playing festivals in 2015 and rocked five shows at Burning Man in 2016, as well as a packed performance at the Grand Artique stage at Lightning in a Bottle that year as well.

It felt so good to be playing big stages at the very festivals that had inspired me soooo many years ago, and we knew we were on the right path. We continued to evolve our sound thru many releases, extended studio time, and inspiration from other artists. *Future Bass from Outer Space* became our tagline, and continues to work well as an elevator pitch 😉 In 2018, the Do Lab invited us to play their stage at Coachella – which was a major achievement – and then it was on to L.I.B. again, with a ton of other festivals and shows all over the country filling out the calendar. Since then, we’ve been busy in the Bearcave, releasing a new track every 2-3 weeks of 2019. Our workflow, process, and production are more streamlined than ever, and we’re so excited to activate those booty chakras for years to come. Onward & Upward, Bearcubs!

Great, so let’s dig a little deeper into the story – has it been an easy path overall and if not, what were the challenges you’ve had to overcome?
Producing as a duo can be challenging, but also incredibly rewarding. The key is to remove ego from the equation and do whatever is best for the group, and most cohesive with the FATHER BEAR sound. We are both very busy as well, so finding time to get together is difficult at times. But when we do, we’ll show up with a track or two we’ve each been working on, play them for each other, and pick one to focus on. The boneyard of half-finished tracks on our hard drives is no joke!

FATHER BEAR – what should we know? What do you guys do best? What sets you apart from the competition?
FATHER BEAR is an L.A. Production/DJ duo that fuses live vocals with Dirty Trap and Future Bass from Outer Space. Our stage presence and live performance are a spectacle to behold, as our high energy and crowd interaction – at Coachella, Lightning in a Bottle, Genius Loci, Burning Man and beyond – is always bound to get the party hyped and the dance floor jumping. FATHER BEAR has performed alongside the biggest hitters in the bass music scene over the past few years (Major Lazer, Stylust, An-Ten-Nae, Nero, G Jones, Skrillex, and The Funk Hunters, to name a few), and just took home winning honors in The Glitch Mob remix contest. Our Twerk team, The Honeypots, always takes our stage show to the next level, engaging the crowd and pulling people up to dance. And with all vocals and sampling done live and on the fly, FATHER BEAR is an immersive production that turns strangers into Bearcubs each and every time we play. Git some!

What moment in your career do you look back most fondly on?
Because the artists were listed alphabetically, the FATHER BEAR photo and link were listed right next to Eminem on the Coachella 2018 website. That put some big smiles on our face – as he has always been one of our absolute faves of all time – and signified a big step in our career. The show itself was a blast, and we just love working with the Do Lab! 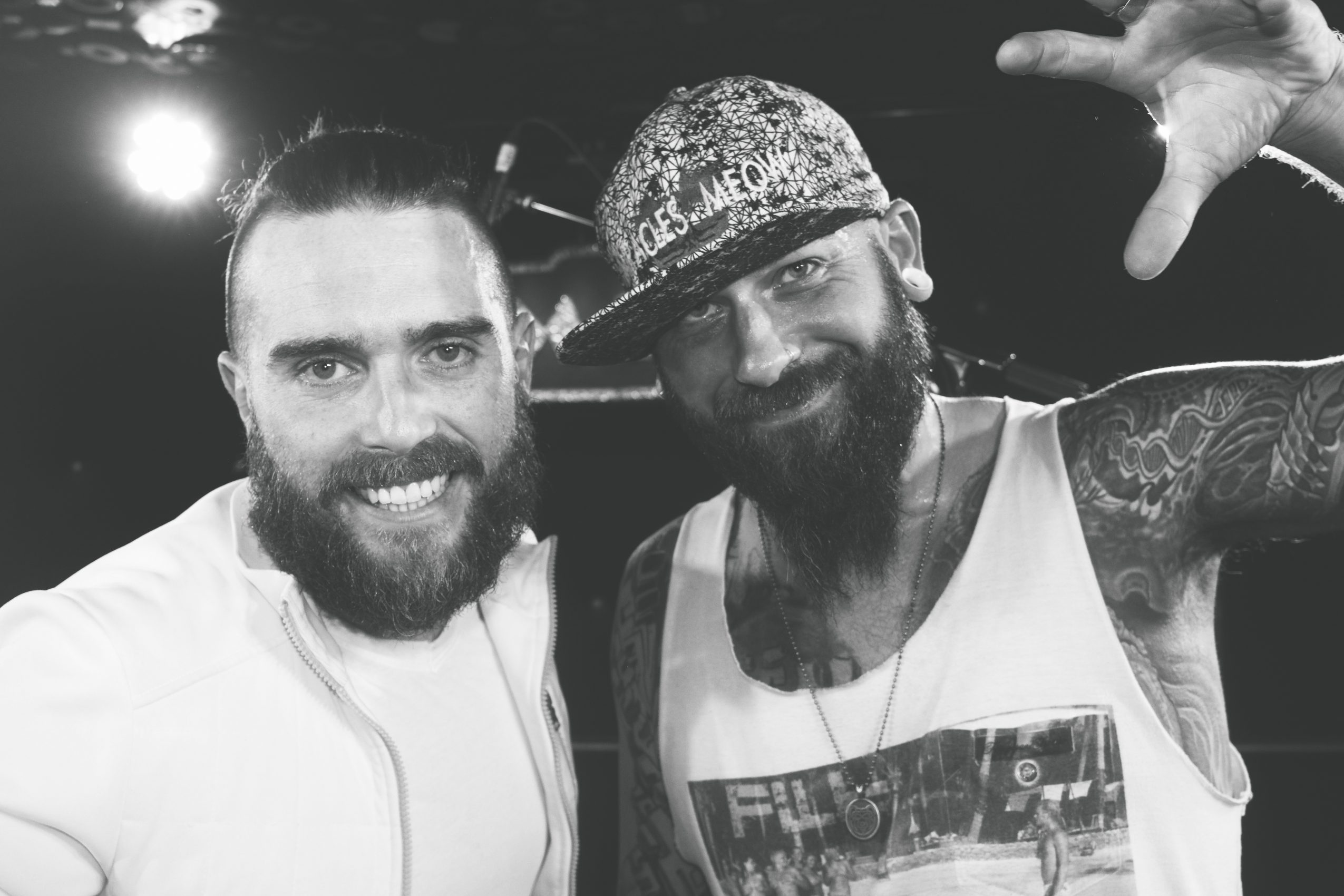 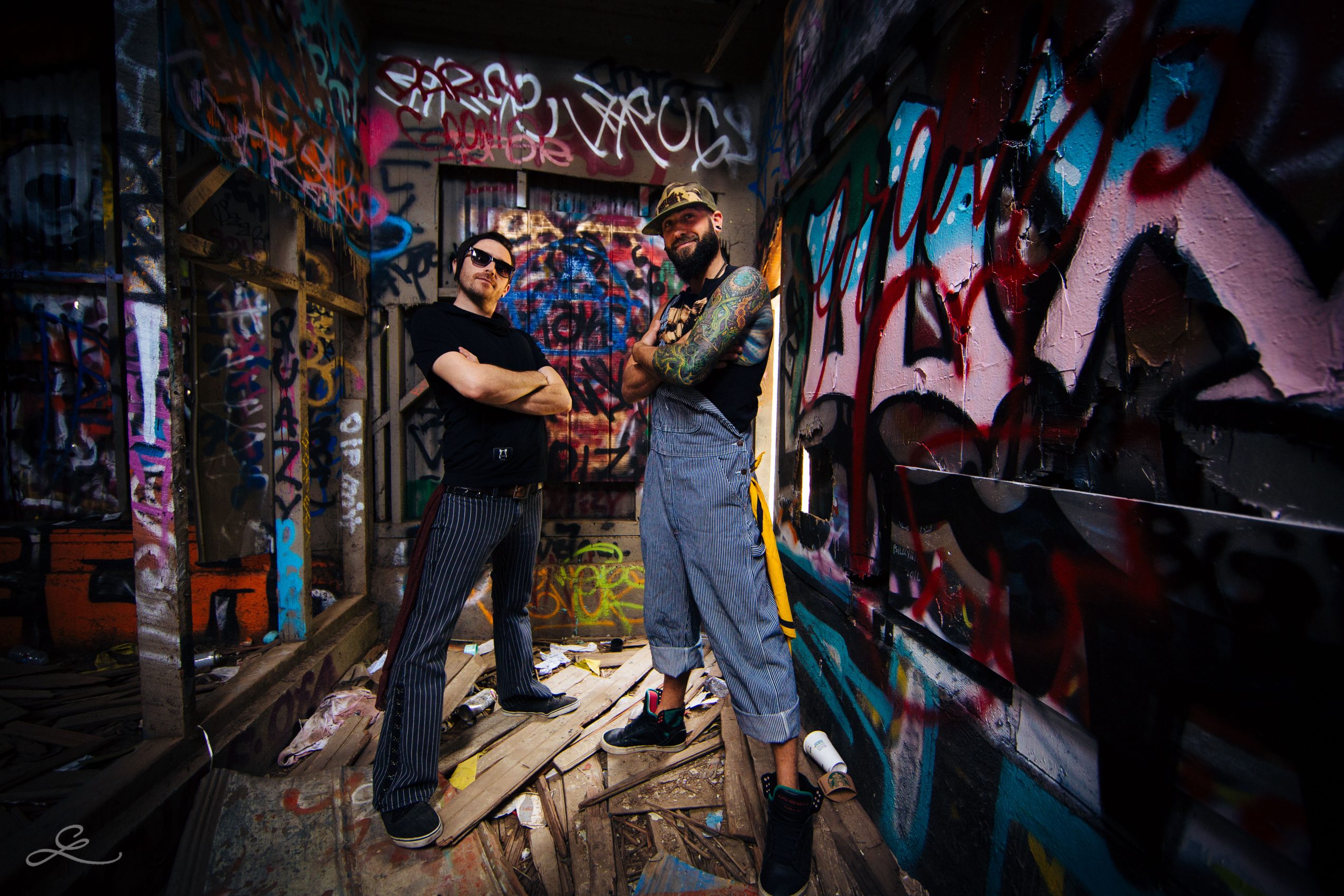 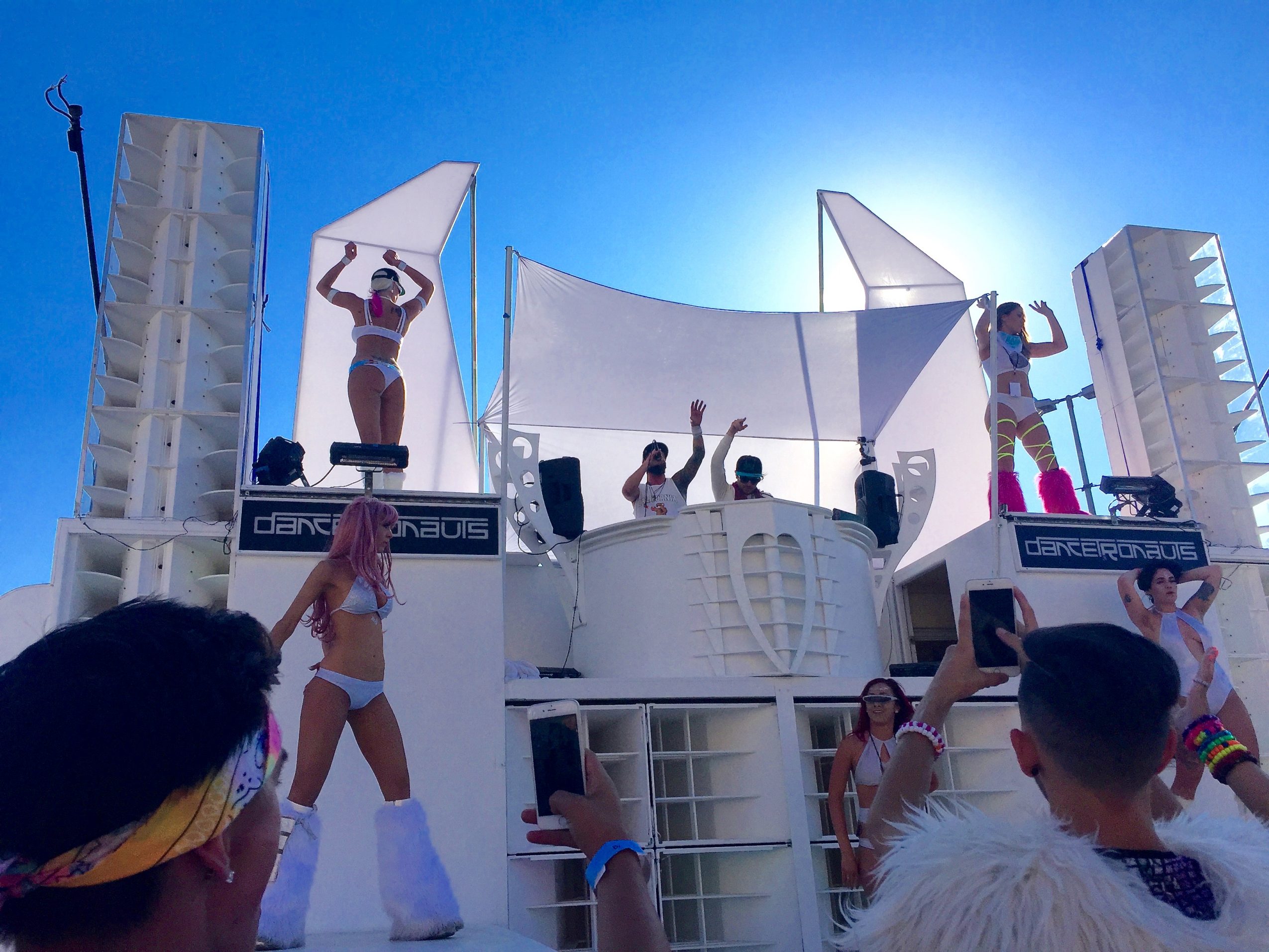