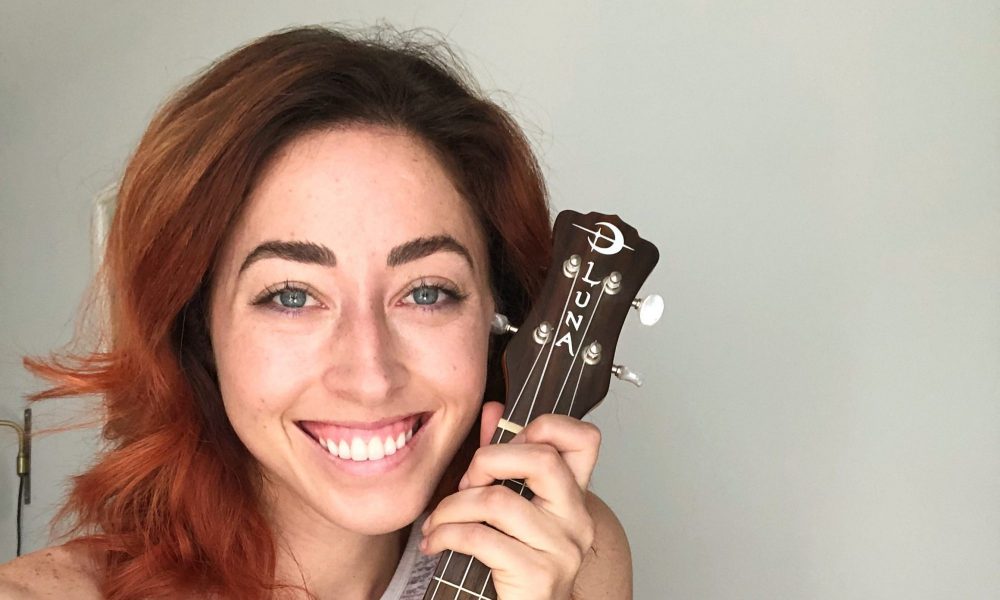 Today we’d like to introduce you to Sophie Hard.

Thanks for sharing your story with us Sophie. So, let’s start at the beginning, and we can move on from there.
I spent the majority of my life thinking I had to go to medical school to make a difference in other people’s lives. Painting and drawing have always been a part of my life, but always on the back burner. I never thought it was possible to make a living doing art. I went to UCDavis and studied Biopsychology with plans to go to either medical school to be a plastic surgeon, or grad school to become a therapist.

I moved to LA after I graduated, so that I could recover and blossom from a breakup and to take improv comedy classes, which I had fallen in love with during an acting class in college. The plan was to spend a few years enjoying my 20s and getting to know my adult self before applying to grad school. Along the way, I got really involved in improv comedy which opened this creative outlet for me, that I didn’t realize would make me feel so happy and fulfilled. For many years, I was surrounded by academics, and now I was surrounded by creatives.

There’s a different playful energy around them, and I was really drawn to how good I felt at the end of the day. I was the happiest I had ever been. I had a conversation with a good friend during this time about choosing career paths and the stress that society has put on us to make money, go to school, get married, have a house with a white picket fence, etc.

What came from the conversation was this; stop asking kids and teens and adults what they want to be when they grow up, and start asking them how they want to feel at the end of the day. When I really thought about this, I realized that I didn’t want to go to graduate school. I had seen how hard my dad worked, and while he is fulfilled by his work as an Emergency Room Physician, he works so that he can comfortably follow his bliss, which is writing fiction.

As I began to embrace my creative side, I had simultaneously been noticing how big eyebrows had become in the beauty world. In 2017, I took a leap of faith and got certified in microblading at Eyebrow Symmetry, with the support of my boyfriend and the wonderful family I worked as a personal assistant for. I continued to work as an assistant that year and microbladed on the weekends. I worked seven days a week for four months straight, with weekends spent constantly trying to hone this new craft.

About six months into microblading, I was really lucky to get into an advanced microblading course with my eyebrow tattooing idol, Audrey Glass. I stayed in contact with her and one day received an email from her offering me a job at her studio. Reading that email while sitting at my assisting job was one of the most incredible and memorable moments of my life. After reading the first sentence offering me the job, I broke down sobbing with happiness.

Career-wise, there was nothing I had ever wanted more than to be good enough to get a job in her studio. A few months into working at Audrey Glass Cosmetic Tattoo Studio in West Hollywood, I took a paramedical tattooing course in Simi Valley to learn how to do scar camouflaging and areola restorative tattooing. Areola restorative tattooing is used to create realistic looking nipples on someone who’s had theirs removed (either partially or fully) due to cancer, or if they lost pigment due to elective breast surgery.

As an artist, I’ve always focused on realism, so this was my next natural career move. I’m often moved to tears from the connection that’s formed with my clients. No one thinks of what its like to not have something that’s so innately human-like eyebrows or nipples. I feel honored to be able to give that back to those who want it.

Has it been a smooth road?
I was terrified to quit my assisting job and pursue this. The thought of an inconsistent income stream made me really nervous, and I didn’t know how I was going to pull it off, but I also didn’t want to continue working a 9-5 job that was sucking my soul out hour by hour. I kept putting good energy out there, and somehow my schedule just kept filling up. I’m so grateful for all of my clients that trusted me to tattoo their faces and breasts!

The biggest struggle is that no matter how happy you are with your work, and that you and your client agreed on the shape, there are always going to be clients that absolutely freak out during the healing process. Your eyebrows get very dark during the first week, and then they fade a ton, so you need to come back in for a touch-up session eight weeks later once the skin has healed. It’s really tough when you explain this to someone and then you get an email or text with them upset by something you know is not going to be an issue seven days from now.

People bring their energy with them to the appointment, and sometimes I find that I am giving too much of myself to people and come home exhausted with no energy left for myself. There’s a lot of calming people down and trying to convince them that the horrible way they drew their eyebrows in isn’t what’s best for their face.

For areola tattooing, I learned that if someone was treated with radiation therapy and hasn’t detoxed from that, their tattoo will likely reject, which is very sad.

So, as you know, we’re impressed with Brow Chicka Brow Wow – tell our readers more, for example, what you’re most proud of as a company and what sets you apart from others.
Brow Chicka Brow Wow started as a microblading business and has expanded to including areola restorative tattooing, scar camouflaging, and freckle tattoos! I have my own business, but I work out a beautiful cosmetic tattooing studio in West Hollywood called Audrey Glass Cosmetic Tattoo Studio.

I’m most well known for microblading, but I hope in the future that my areola tattooing gets recognized in the same way! I’m most proud of the difference that I can create in peoples lives in boosting their self-confidence. I mentioned this before, but no one thinks of what its like to not have eyebrows or nipples. I also still try to remain humble and grateful for the opportunity.

Sometimes I look down at my hands in disbelief that I was the one who created something as if the hands couldn’t possibly be attached to me. I think what sets me apart is how real the eyebrows and nipples I create look. If you can’t tell what’s real hair and what’s a tattoo, you know it’s someone you should go to. I also do areola tattooing for free right now, and not many people are doing that.

One day I’ll charge for areola tattooing, but I hope to create a non-profit organization where people can donate money to cover the cost of flying out low-income women from across the country to get their areola’s tattooed for free.

Let’s touch on your thoughts about our city – what do you like the most and least?
The comedy, food, dance, and music! One of my greatest loves in life is improv comedy, and there is nothing like watching Impro theatre or the Groundlings main company make up an entire show in front of your eyes!

I love reggae, rocksteady, and ska music – every band I love always comes through LA.

I’m mostly vegan, prefer non-toxic products, and consider myself a conscious consumer, so it’s great that there are so many places to eat and shop that are in alignment with my values. 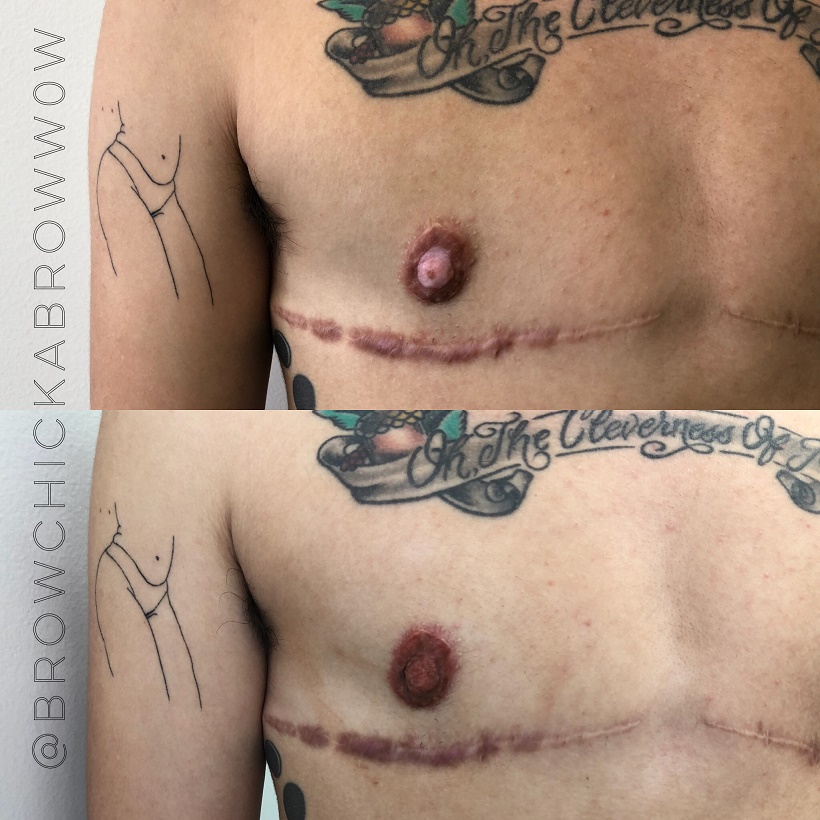 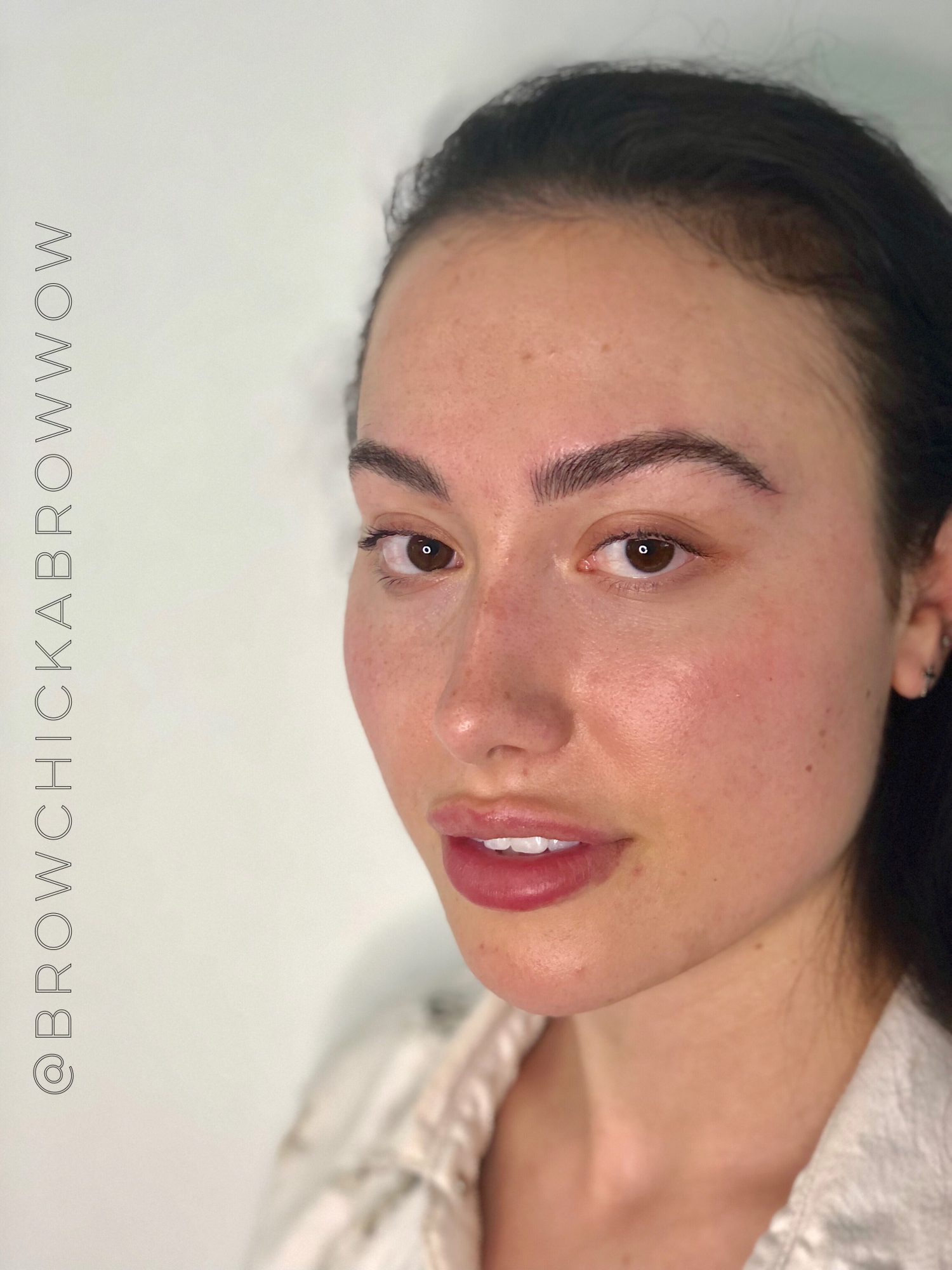 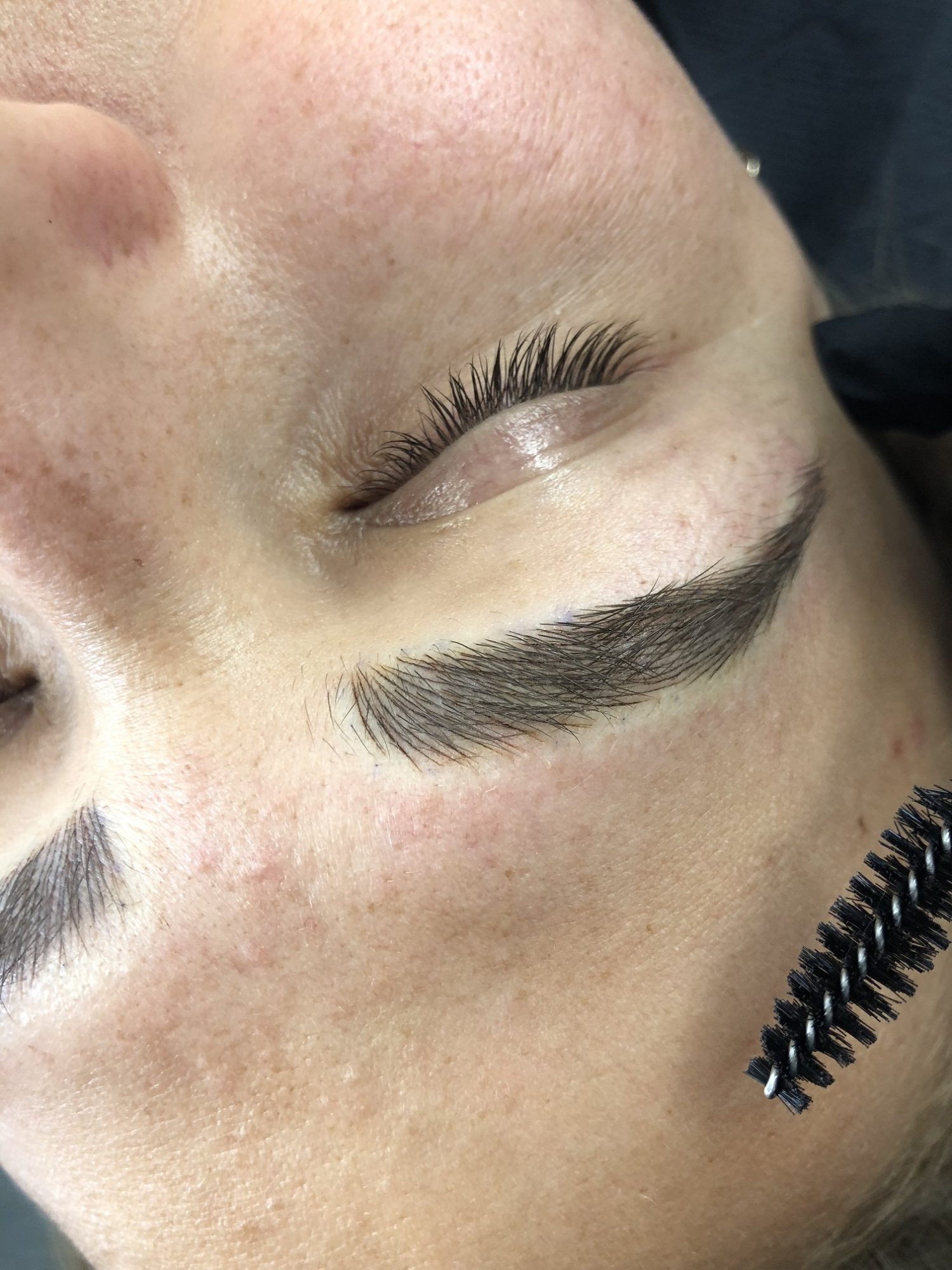 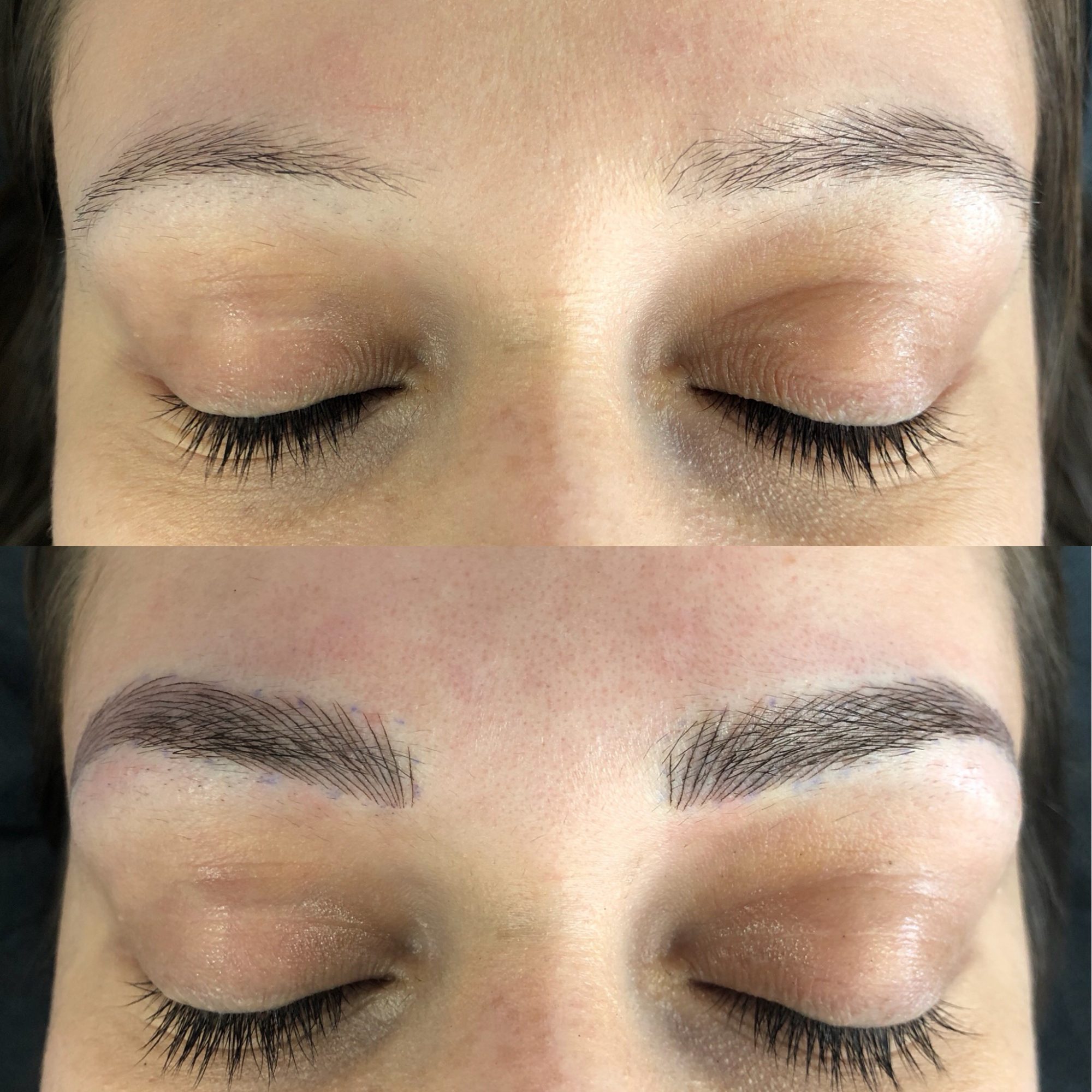 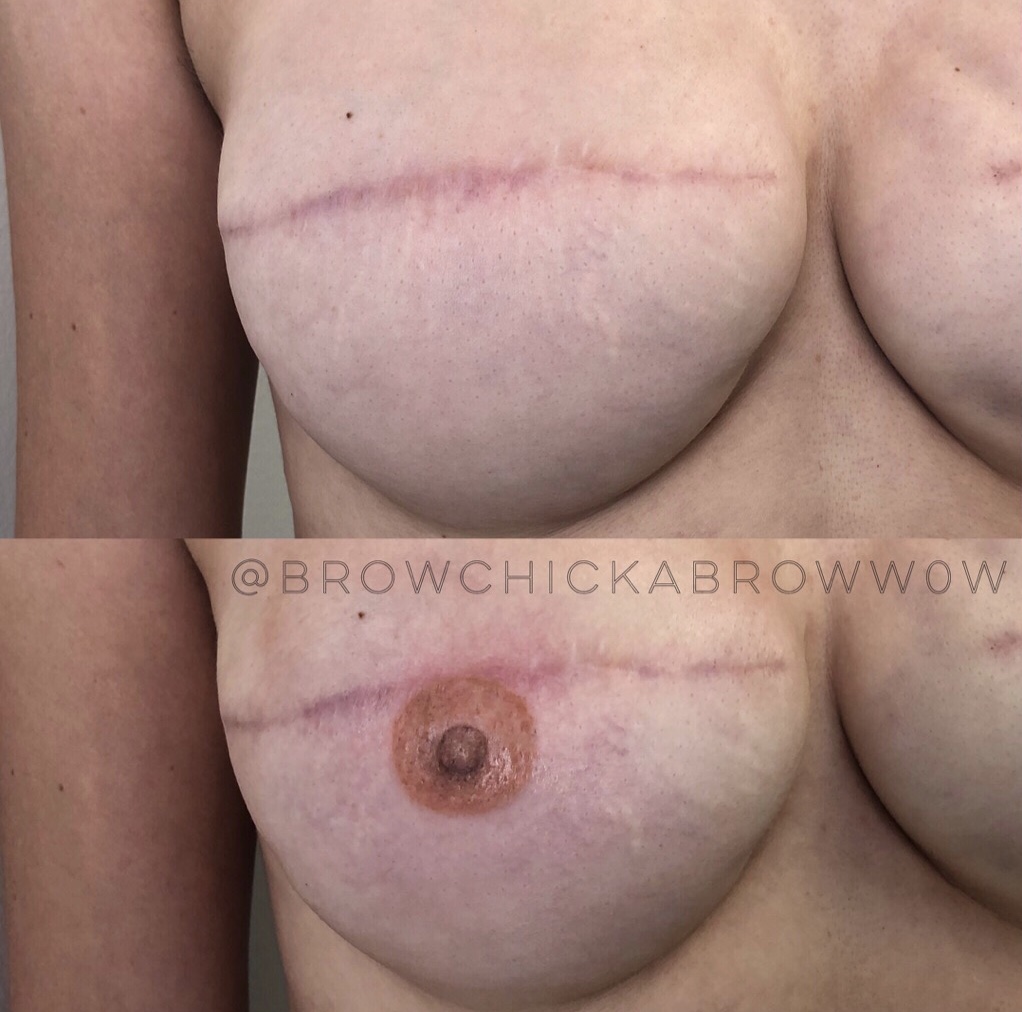 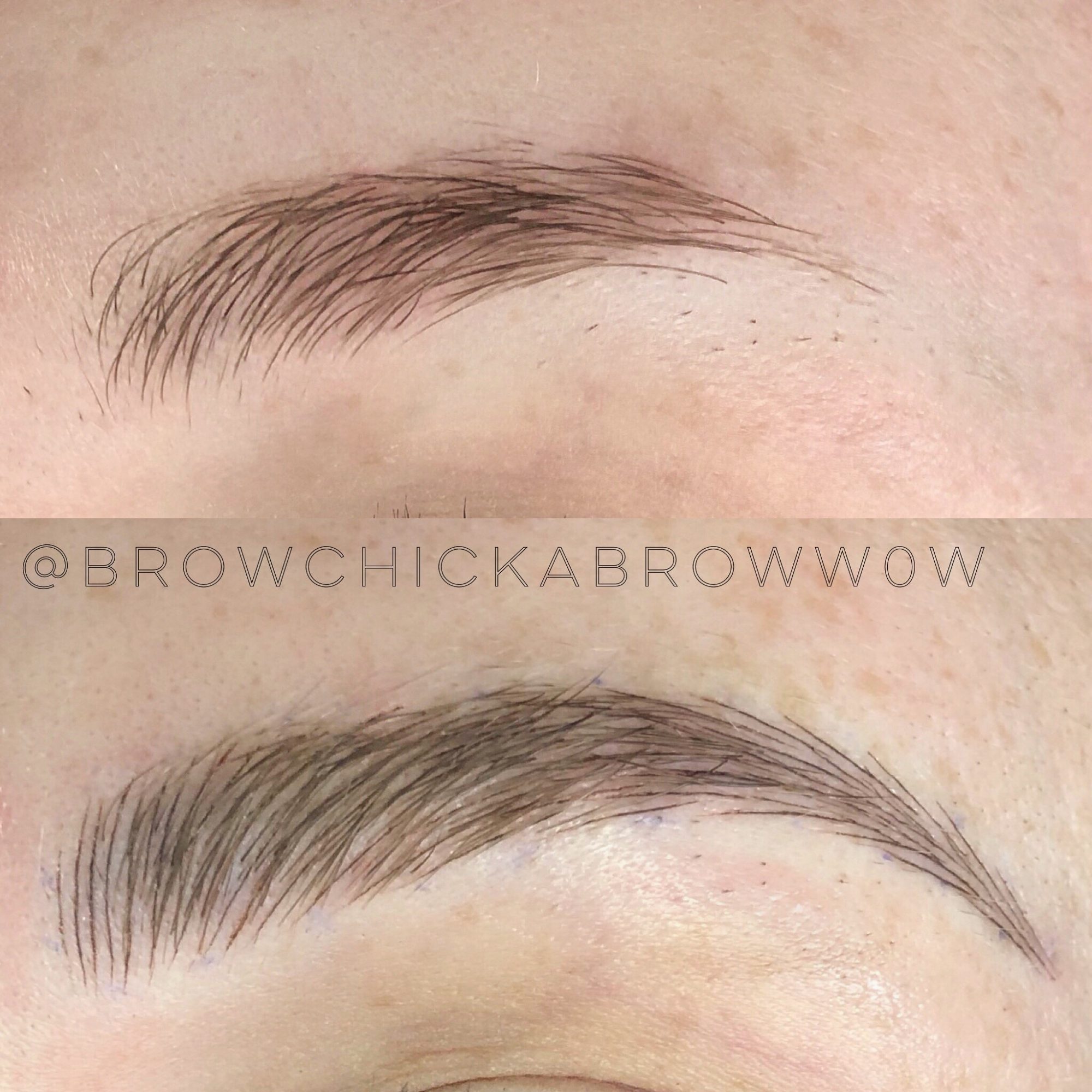 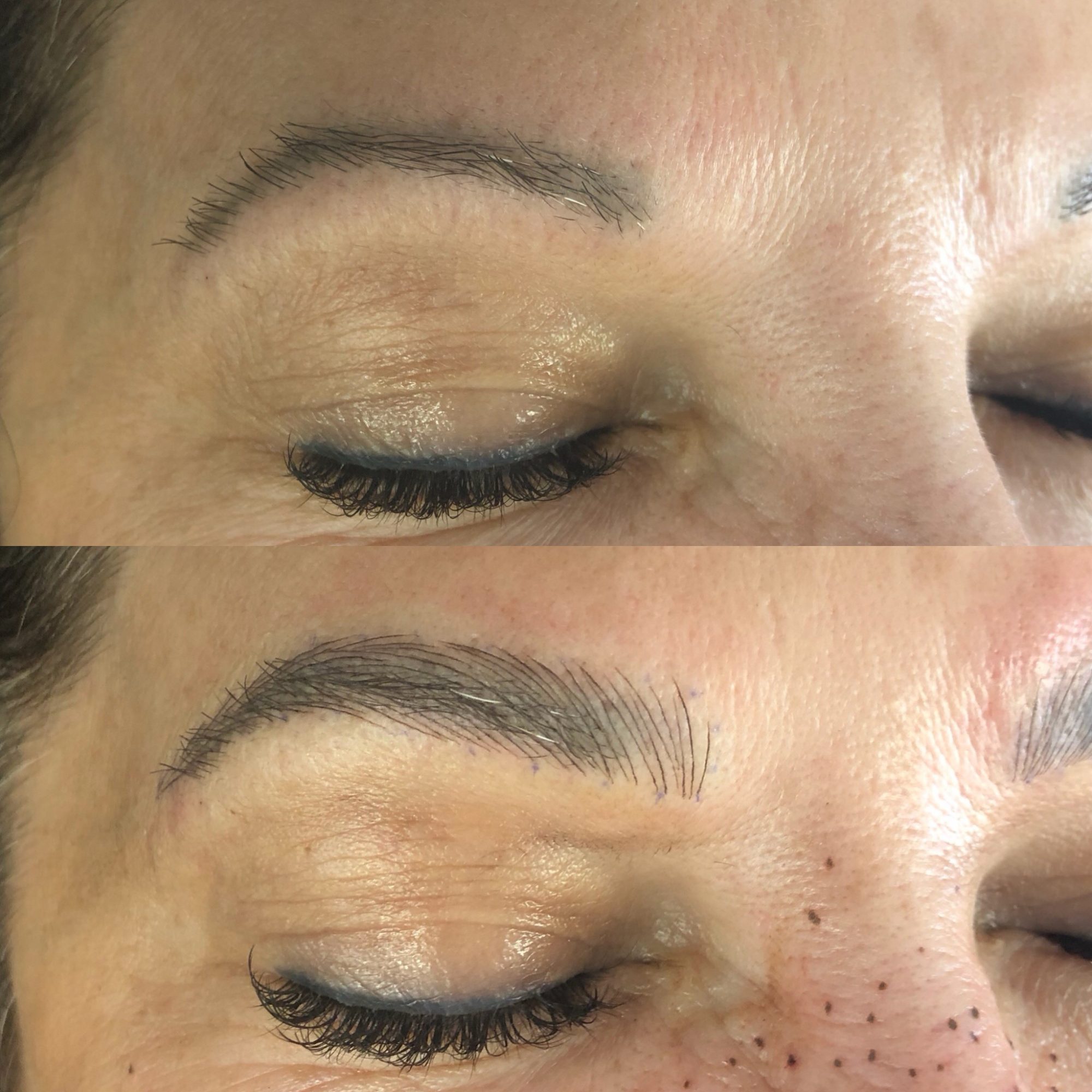 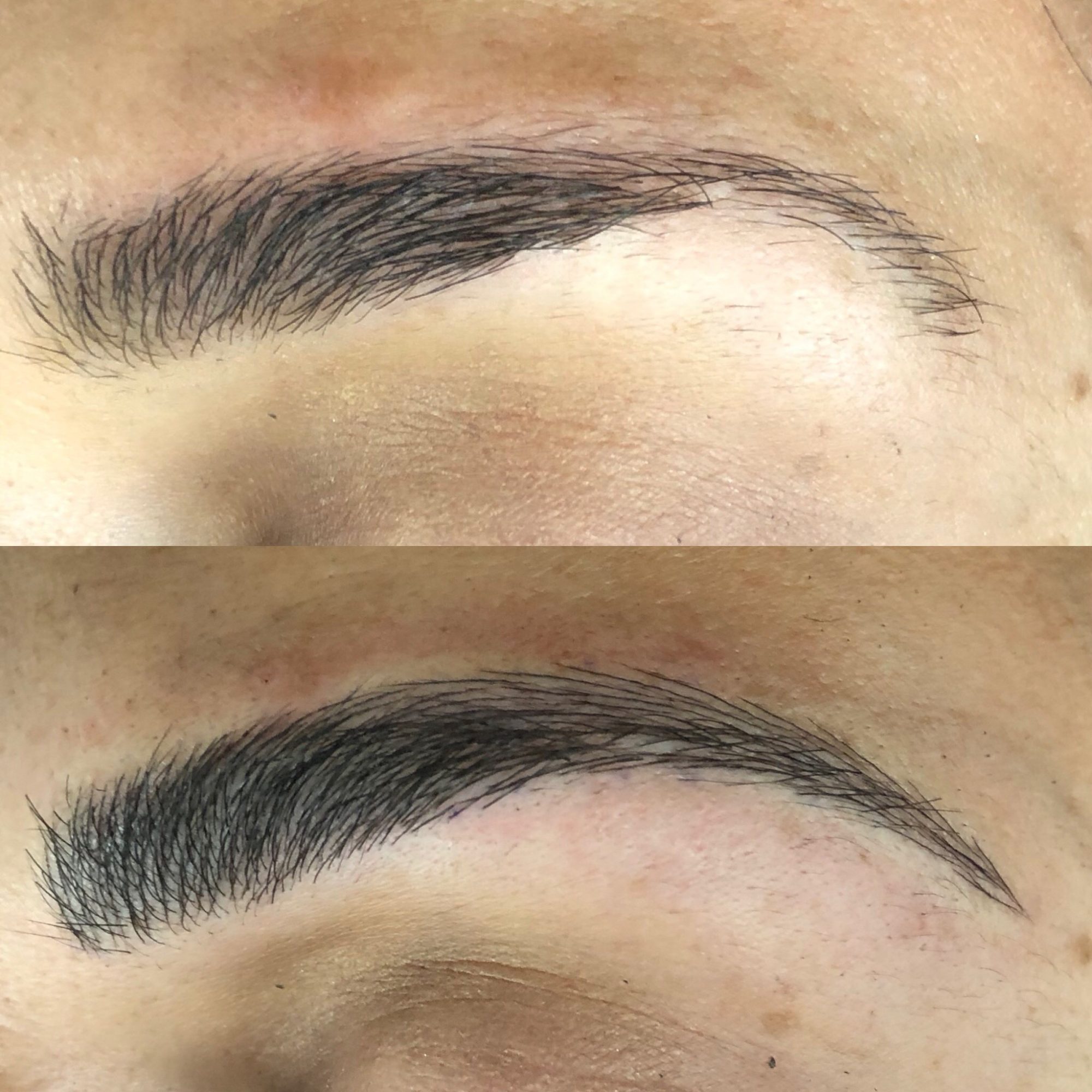 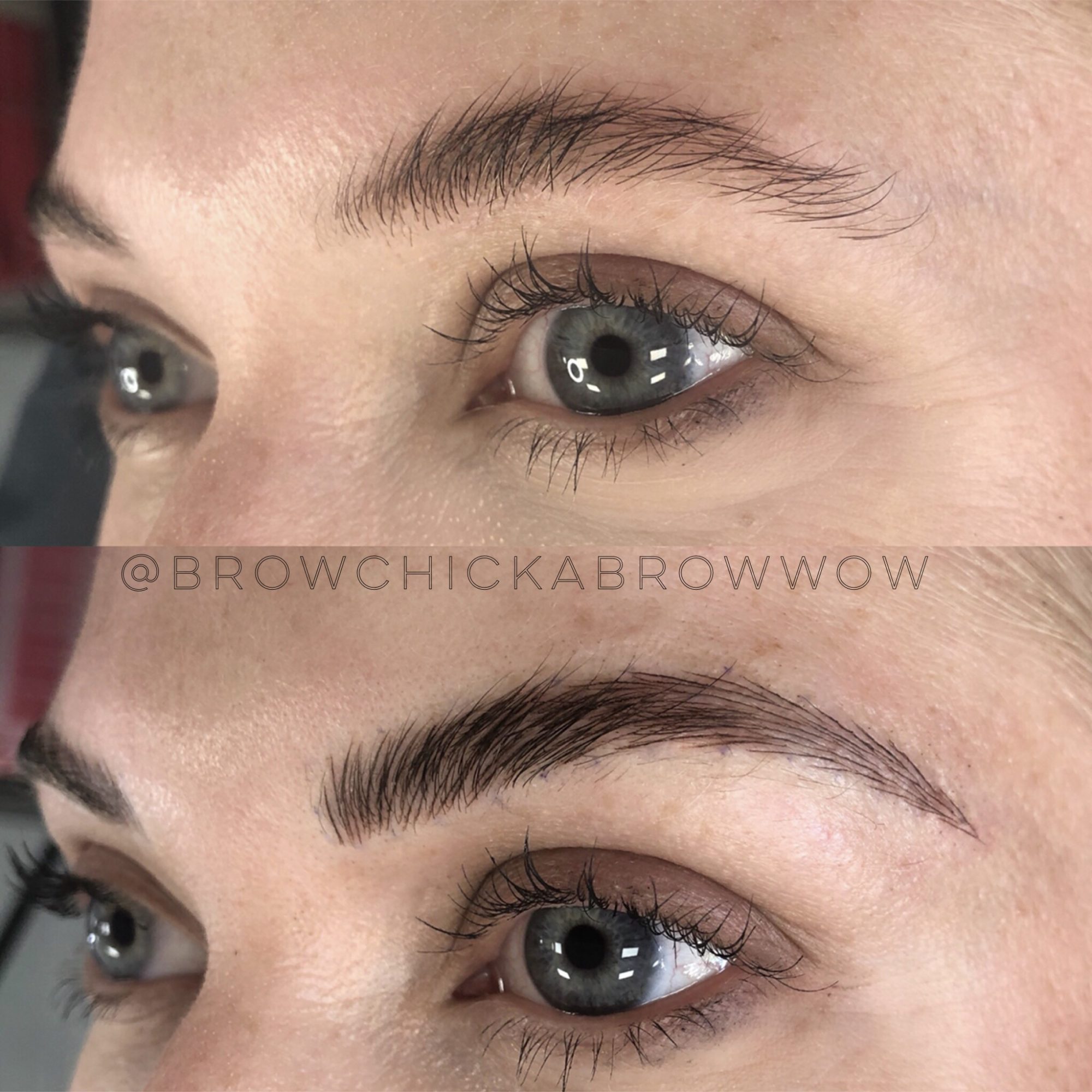 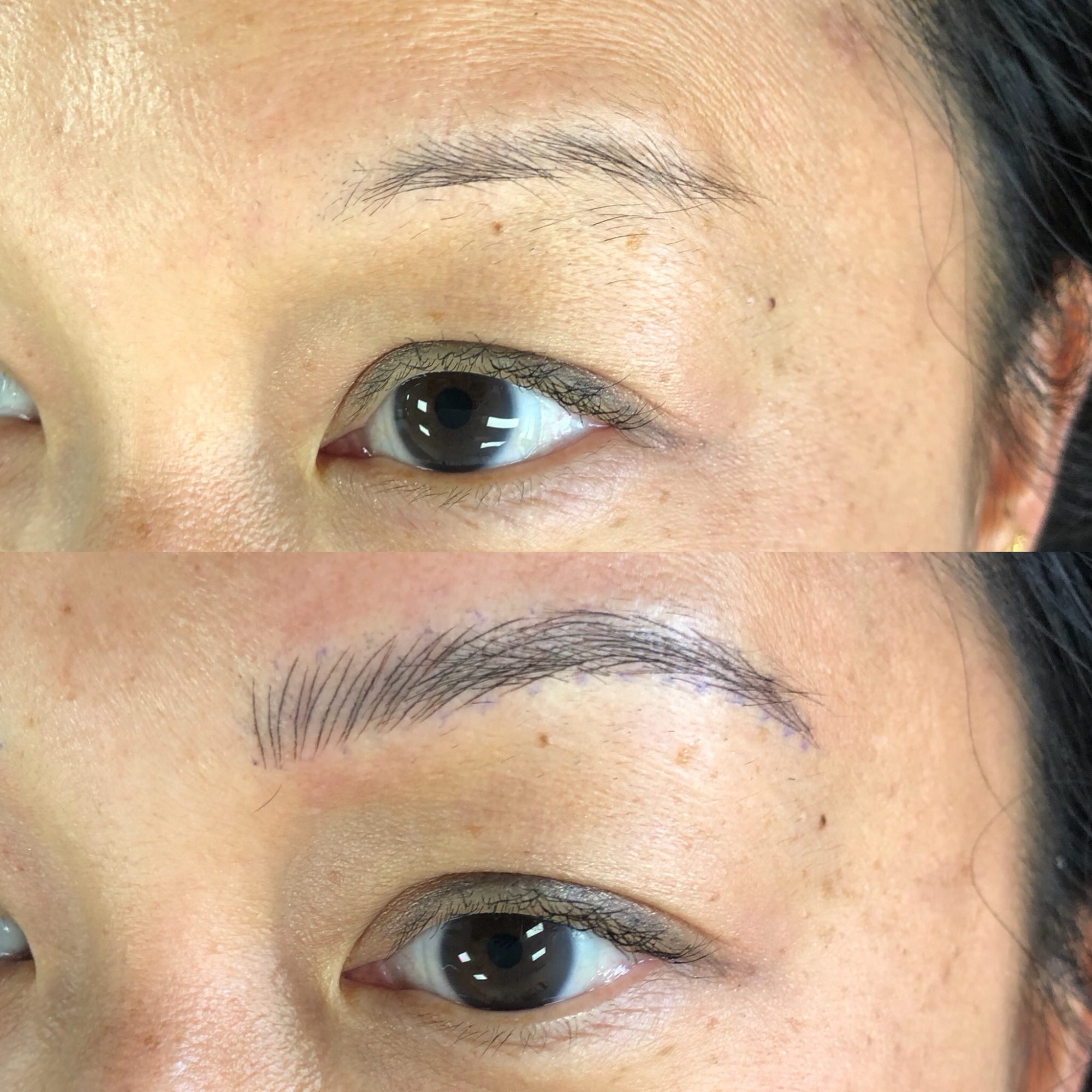