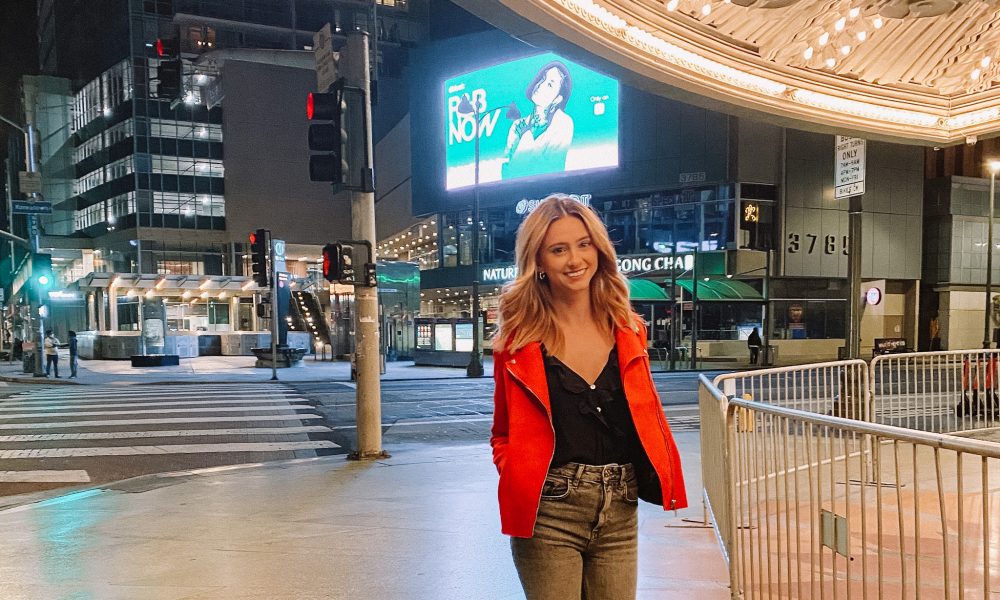 Today we’d like to introduce you to Brittny Danielle.

Brittny, let’s start with your story. We’d love to hear how you got started and how the journey has been so far.
Hi, I’m Brittny Danielle and I’m an Artist Manager based here in Los Angeles, CA! I work with a roster of clients that ranges from pop, rock, alternative and metal. I have worked in music for the last seven years and they’ve easily been the best years of my life.

I’m from a small town called Murphy, NC, which is basically your typical small town with just one Wal-Mart and if you wanted to go to a Target or a mall, you would need to drive 2 to 3 hours. Music has always been a central focus to me and while a career in entertainment was seemingly unheard of to a small town I was determined to figure it out. While I was in college I would drive three hours regularly to go to concerts in Atlanta, GA, through going to them and meeting new people I stumbled upon the idea of street teaming for a music magazine, so I applied & got the gig! At that point I felt like a job in music was actually attainable. With that position I would regularly drive down to work shows at night and drive back up for class the next day. Once I graduated college I chose to move to Atlanta and had decided that the music career I wanted for myself was to be an artist manager, the idea of being able to be a part of every single aspect of an artist’s career as they grow is exactly what I wanted. I still put use to my Hospitality & Tourism Management degree and worked at a hotel full time while volunteering for this street team and took every opportunity I could to make connections in the music industry. I spent a year there and I still to this day say that year was the best year of my life, it changed the entire trajectory of what I thought my life would be. I moved away, stopped focusing on everything that was holding me in place and just lived!

I knew eventually I would need to be in Los Angeles because that’s where a lot of music industry is so I made moves and worked my newly acquired connections to get there. I ended up interning remotely for a manager who was based in Los Angeles and when the internship was over I was asked to move to LA to work full time. My job was his direct assistant for his full roster of clients. At first it was just the two of us and I remained an assistant for a year and then began picking up my own clients for management. Upon starting my own management roster our business had grown to a total of three managers and probably 15 clients which is when we launched our own company called Manifest GRP. We were Manifest GRP for three years and in March of this year we were acquired by Shelter Music Group which has 11 managers in total as well as day to day managers, and a full digital marketing team.

It has been a wild few years, I started out as a street teamer, then an intern, an assistant, now a manager myself and am working alongside some legendary artists and their management teams! I feel extremely grateful every single day!

Overall, has it been relatively smooth? If not, what were some of the struggles along the way?
Is it ever? No. But it’s worth it! When I was 18 months old I was diagnosed with Juvenile Rheumatoid Arthritis which is a very crippling disease. Throughout much of my life I’ve grown up in hospitals, wore leg braces, casts, was in and out emergency rooms with pain, was sick from medications, the list goes on. For the longest time myself an my family defined me by this disease, and it just felt like a constant battle. Around the age of 15 things finally began to feel better when I was put on a medication that worked and by age 21 when I decided to move to Atlanta I chose to not let it hold me back, I would see doctors as needed, I would take medications as needed, but I wouldn’t feel paralyzed because fortunately I could function through the pain. I picked up a yoga and meditation practice that helped a lot and actually was told I was in remission three months ago, 28 years of battling this and I’ve found peace. I only chose to mention this disease because dealing with this on top of trying to find my place in this world was not easy but it was so so worth it, and I felt like that was worth mentioning for this Inspiring Stories Series. Of course there were additional struggles, when I moved everything felt so overwhelming – adjusting to city life, being an actual adult, trying to wrap my mind around the music industry, trying to get career opportunities, fear of failure, failing, not believing in myself, others putting me down, the list goes on. I also have social anxiety and networking is a necessary part of the artists’ you represent careers so that has been a tough obstacle to overcome but I’ve gotten to a point where I’m comfortable with it. With all of that being said, as we know, it’s all part of the journey and all of the obstacles are a lesson and I love who I’ve become through all of them.

Please tell us about the company.
I’m an Artist Manager at Shelter Music Group and this job is extremely broad as in we pretty much do everything for our clients. We handle the artists business, creative strategy, album/tour marketing with their label/agents, publicity, tour logistics (i.e. international visa preparation, budgets, travel logistics, liaison between artist, crew, venue staff, etc.) … and more.

As a company, I am proud of the collaboration we have a team. There are now probably eleven managers at Shelter Music and we handle our respective artists’ careers on our own but we also will collaborate on ideas together and work collectively as a team for the success of all our clients.

Any shoutouts? Who else deserves credit in this story – who has played a meaningful role?
First of all my mom, I quite literally wouldn’t be walking through life if it weren’t for her. She is easily my biggest fan and is always so proud of me even though she understands nothing about the music industry or what I do day to day. Secondly, Derek Brewer, he is who I interned for, then assisted, and now work alongside. He has believed in me and supported me in my career every step of the way. Lastly, Aria McKnight, I could write novels about our friendship, we met in Atlanta and now both live in Los Angeles and both work in the music industry. We have laughed, cried, danced it out, reached so many of our goals… and every year we sit down to reflect on the year behind us and create new goals for the one ahead. Also, my artists, they’re why I have a career they believe in me just as much as I believe in them! 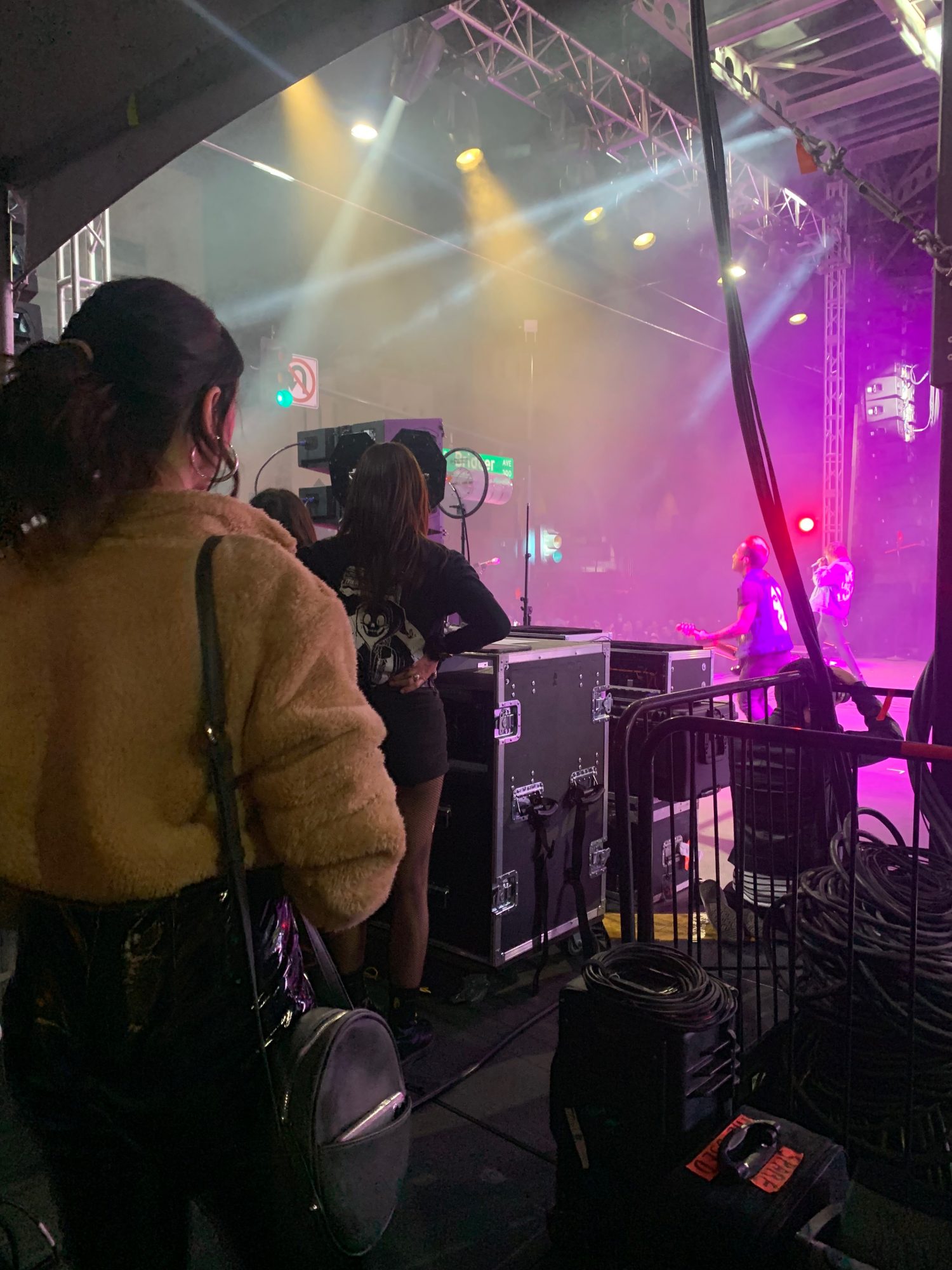 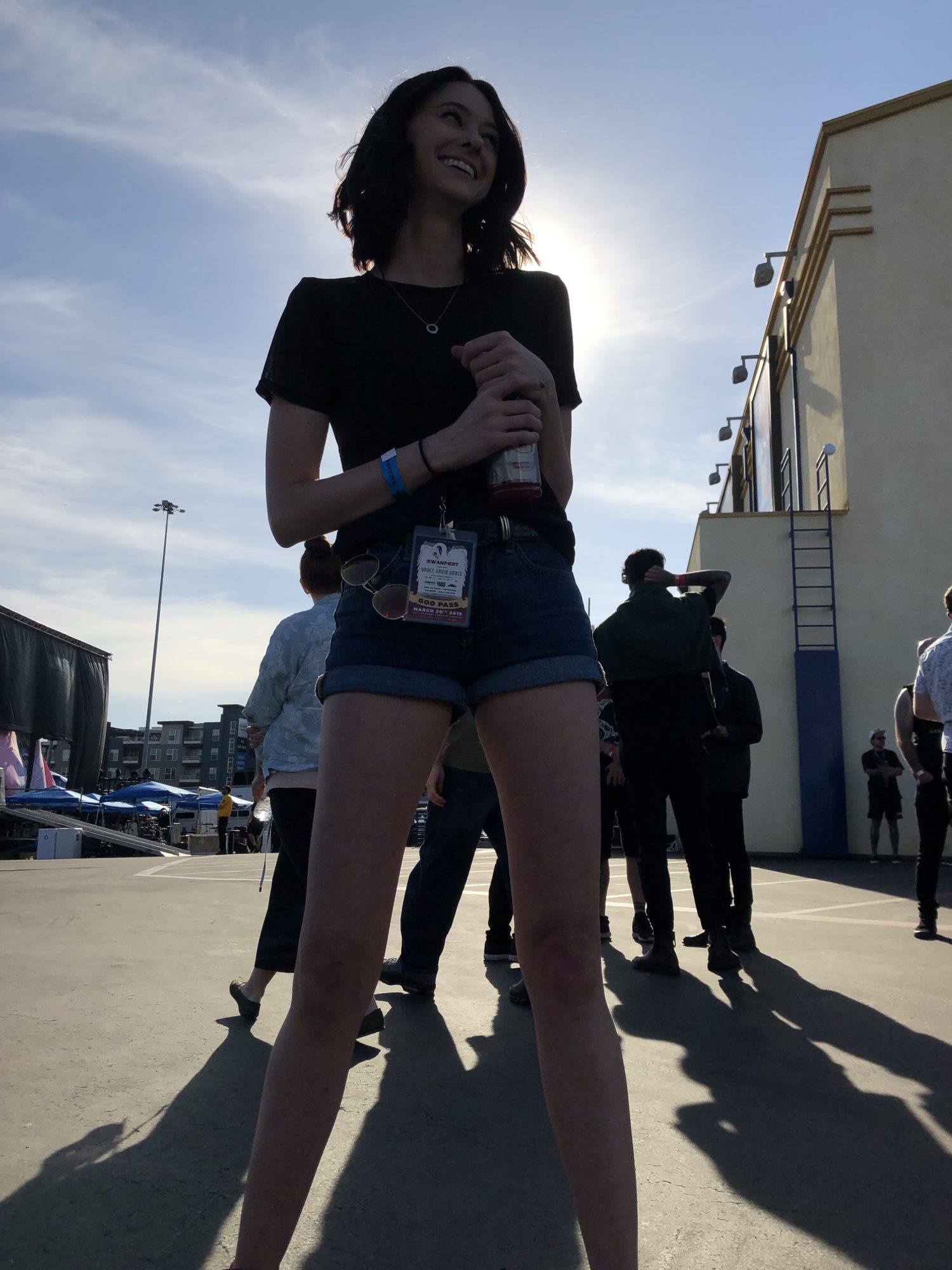 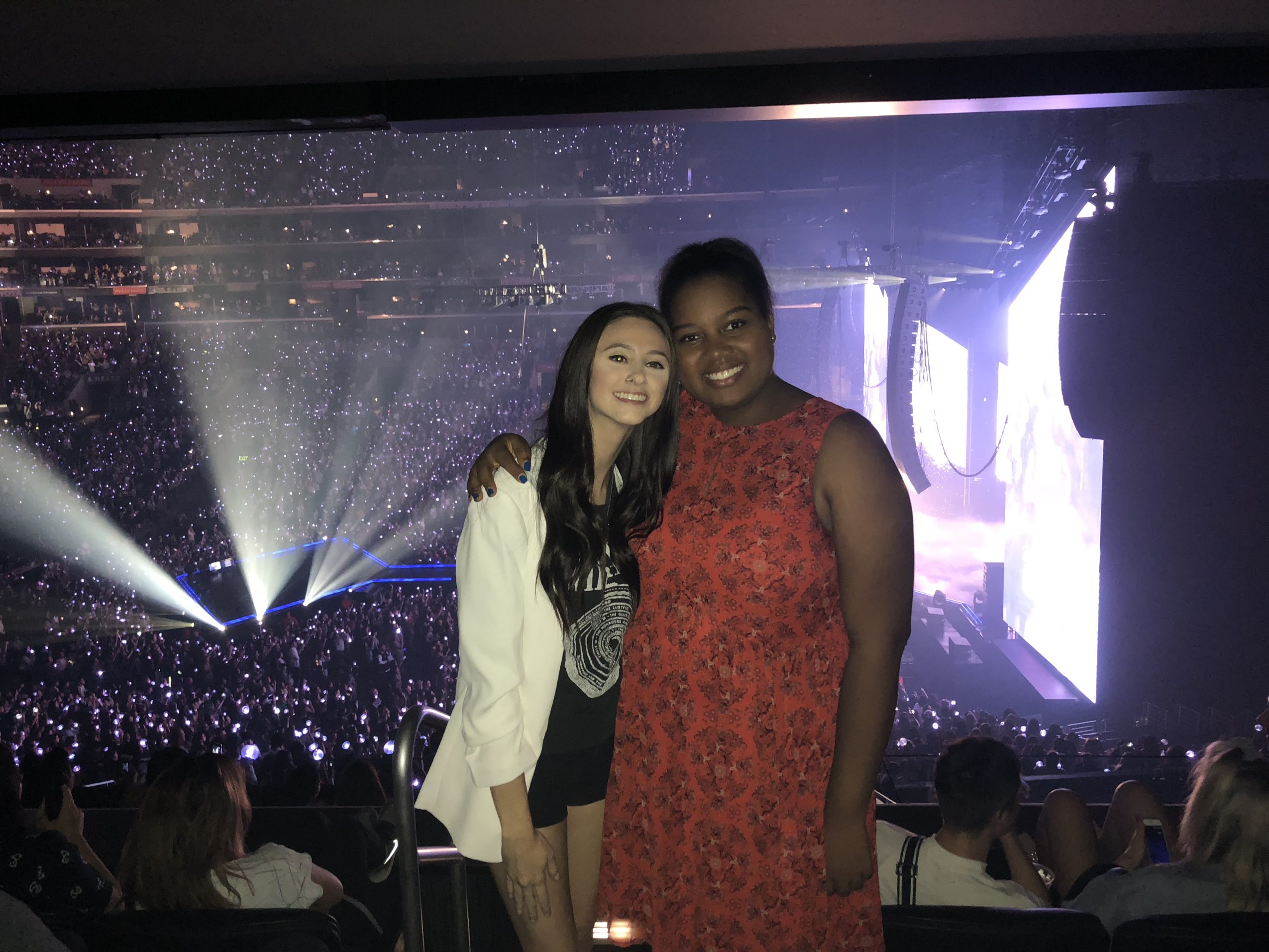 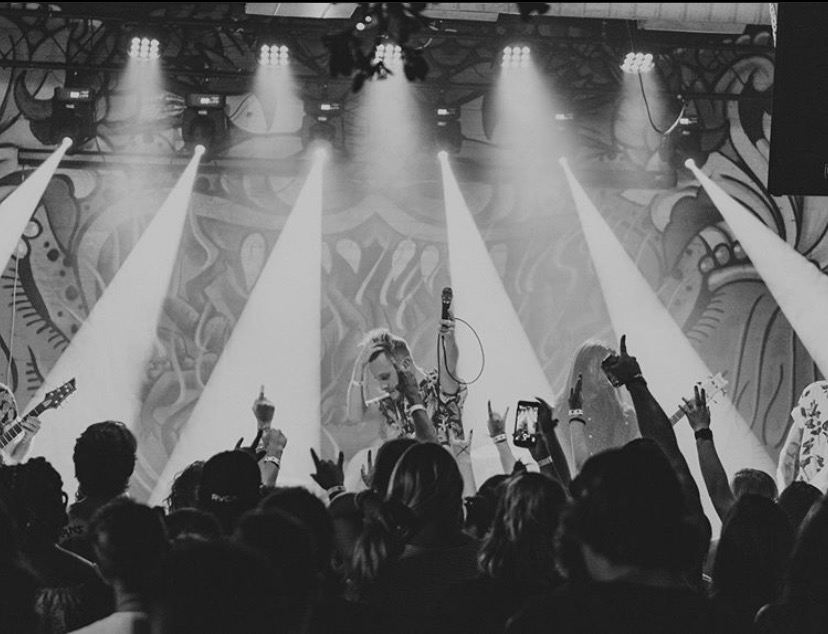 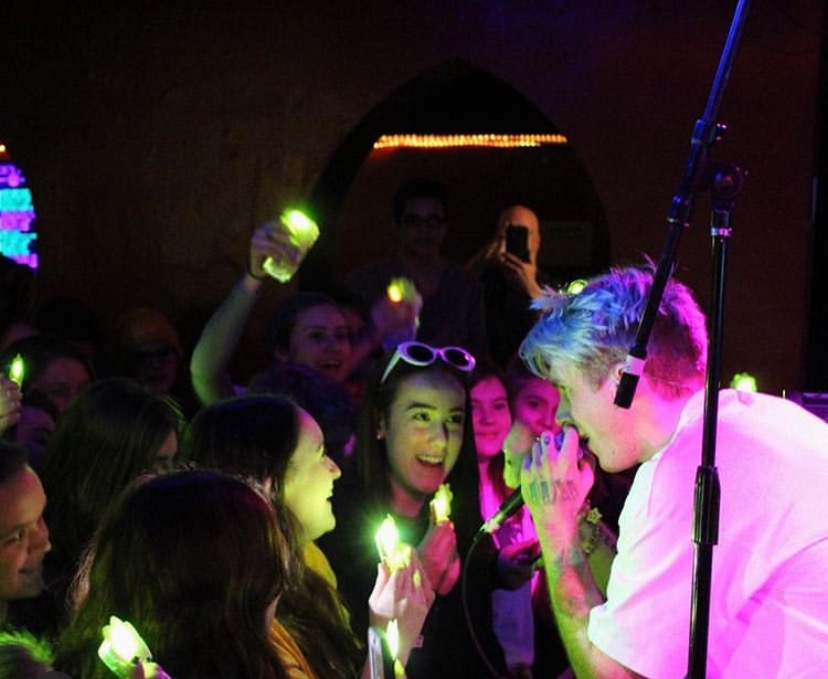 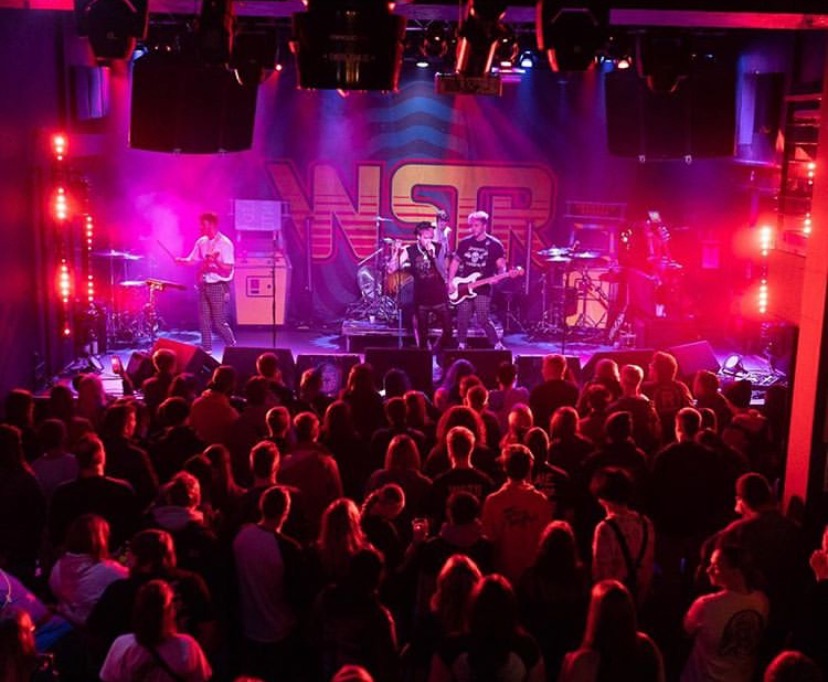