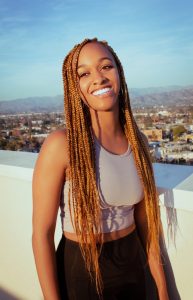 Today we’d like to introduce you to Brittany Miranda.

Brittany, let’s start with your story. We’d love to hear how you got started and how the journey has been so far.
I am a 27 years old Chicago Native. I moved to California in 2010 for College, where I attended Chapman University. I began dancing at the age of 12. (late bloomer, I know.) I attended a well-known dance studio on the south side of Chicago for two years. This was my first official introduction to dance, and I was pretty awful. It took a lot of time and effort to get even 20% better.

I then made my transition to The Chicago Academy for the Art where I attended high school to focus solely on becoming a better technically trained dancer. After Highschool, I decide to pursue my career further but getting my BFA in Performance from Chapman. As a child, like many others, I played every sport, I was cheerleading, running cross-country, etc. I was very active, as well as taking piano and singing lessons. I was all over the place, so when it was time for me to choose something to focus on, I chose the one thing I felt I was the worst at! I had won basketball trophies, done singing and piano recitals, cross-country medals, but I knew I needed more work in the dance performance department.

The Chicago Academy for the Arts was the only performing arts Highschool in Chicago at the time and it was phenomenal! The instructors were award-winning artists with companies and certifications that I could only dream of. Everyone around me was inspirational. The director, Randy Duncan, had made an amazing name for himself and I learned so much in such a short period of time. I would have never been able to pursue this career without the teachings of Randy, as well as Deb Goodman, our modern (graham) instructor. Attending Chapman University was another huge push in my technical ability. Chapman also has amazing instructor, but they also had the ability to expose me to more opportunities and lessons that I would not have received if I had chosen to not attend college for dance.

With the help of these instructors, and the age of the internet, I’ve been able to cultivate somewhat of a lucrative career in the arts, and I feel very lucky to have done so.

I went on to dance in music videos, dance cruise ships, commercial work, choreograph for major artists and become a yoga instructor in Los Angeles.

Great, so let’s dig a little deeper into the story – has it been an easy path overall and if not, what were the challenges you’ve had to overcome?
It has definitely been the opposite of a smooth road. Haha, I am very fortunate to have consistently supportive parents, but once you become an adult, life has a funny way of humbling you.

A huge struggle I have faced is injury. I’ve been on crutches a few times because of knee or ankle. One of the hardest things to do, and I’m sure other athletes can agree, is to sit and watch your peers do what you want to be doing. Having to attend sessions and sit on the sidelines. Its such a hard pill to swallow, especially with the way social media is set up now, there is no way to escape it! Dance videos are everywhere. When I was injured in college, I still had to attend class and take notes. It was definitely a rough experience.

My biggest obstacle happened in 2016. I was involved in a terrible car accident that totaled my car and had me in Physical therapy for about eight months. I suffered neck, back and soft tissue damage around my spine. I was unable to dance, I was unable to work the jobs I was working at the time, and I was car-less. I was also in the middle of a terrible breakup and moving from apartment to apartment. I remember trying to shoot a video with my mentor a few weeks after the accident, actually. That whole day, I was in and out of tears. I was in so much pain and trying to “fight through” because that is what you do when you’re on set. After that day, I cried for daysssss. I eventually had to get a lawyer to handle the legal issues I was facing (because the person at fault was not accepting responsibility at the time) and find a therapy facility to conduct my treatments. This situation forced me to move back to Chicago for almost a year, just so I could get back on my feet. That was one of the most depressing things I’ve ever had to do because I was in a great place with my career at the time. I had just shot a commercial for Playstation, I was constantly performing, I was in a very good groove with my career.

I continued my treatment in Chicago and began to train, slowly at Lou Conte dance studio in Downtown Chicago, I joined a hip hop company and began auditioning again in 2018.

There was a huge chunk of my career taken from me and I am still very upset about it, but no one said life was easy, right?

Another huge struggle of being a professional dancer/choreographer is consistent money! Honestly, I think that once you hit a certain skill level, it’s no longer about how good you are; It’s about who you are, how you put yourself out there and who sees it. When I was younger, I would have never thought that I would have to create a social media page for my dance career. We grew upright in the middle of the age of Instagram. This dynamic shift completely changed the game for performing artists. There are cameras in almost every dance class I take now. I use to hate it! Haha, I was so against this change to our community because I truly believe that class is a learning experience and should not be used for social gain, followers, likes, etc. Class is sacred. Class etiquette requires focus, mostly silence, and a personal connection between you and yourself in the mirror. Cameras make class a spectacle. Now it seems like Everyone is just taking class to get on their phones and try to film instead of taking in the lessons the instructors are trying to teach us. Getting used to that was a challenge for sure. I now know that Social media is a tool for success and can bring new opportunities and revenue to you if used properly.

Please tell us about Brittany Miranda Movement.
I am a professional Choreographer and Dancer. I do artistic development for up and coming artists, staging, artistic direction, movement coaching, and performance etiquette. I teach dance to all ages, from three years old to 60 years old. I teach at two different studios weekly in Los Angeles and I do pop up classes in Chicago whenever I am home. My training is extensive, so I am trained in ballet, modern, contemporary, jazz, hiphop, heels, musical theater, footwork, house and lyrical. I am also a certified yoga instructor and teach weekly to a small group of yogis in West Hollywood!

I would say that I am known for hip hop, but heels is my favorite style to do these days. I am also building a name for myself in yoga and hope to push forward with that more!

I am most proud of my resilience/my ability to bounce back. There are many times I’ve been put in a position to not make it in this field. My car accident took a huge toll on me and I was not sure if I would be able to dance on a professional level, but I worked so hard to get my body back. Shortly after I did that, I booked a cruise ship contract and danced consistently for a year, almost every day, on a ship, traveling the world and getting consistent pay. That was a huge accomplishment for me.

I think that my ability to fight for what I want, no matter what, is what sets me apart. This job, this career is not for the weak. I’ve always had the internal battle of “should I just dance” or “should I just focus on choreography and building my brand.” I believe I have the ability to do both and to do both well, because of my dedication and determination to be a better version of myself, all the time. I am constantly working on myself.

Do you look back particularly fondly on any memories from childhood?
One of my favorite childhood memories is getting into the Chicago Academy for the Arts. That was huge for me! I just knew I was not good enough to get in there, and I’m still not convinced I was, but Randy Duncan took a chance on me, and he gave me a future in dance that I would not have gotten if it wasn’t for him.

Another childhood memory I have is getting my pointe shoes for the first time. I have really flat feet, and those do NOT pair well with pointe shoes. I could barely get on my box, but I was so damn happy to have those shoes. I wore them In the house, outside, which you are not supposed to do, everywhere. I was awful at pointe, but I had my pointe shoes, though! 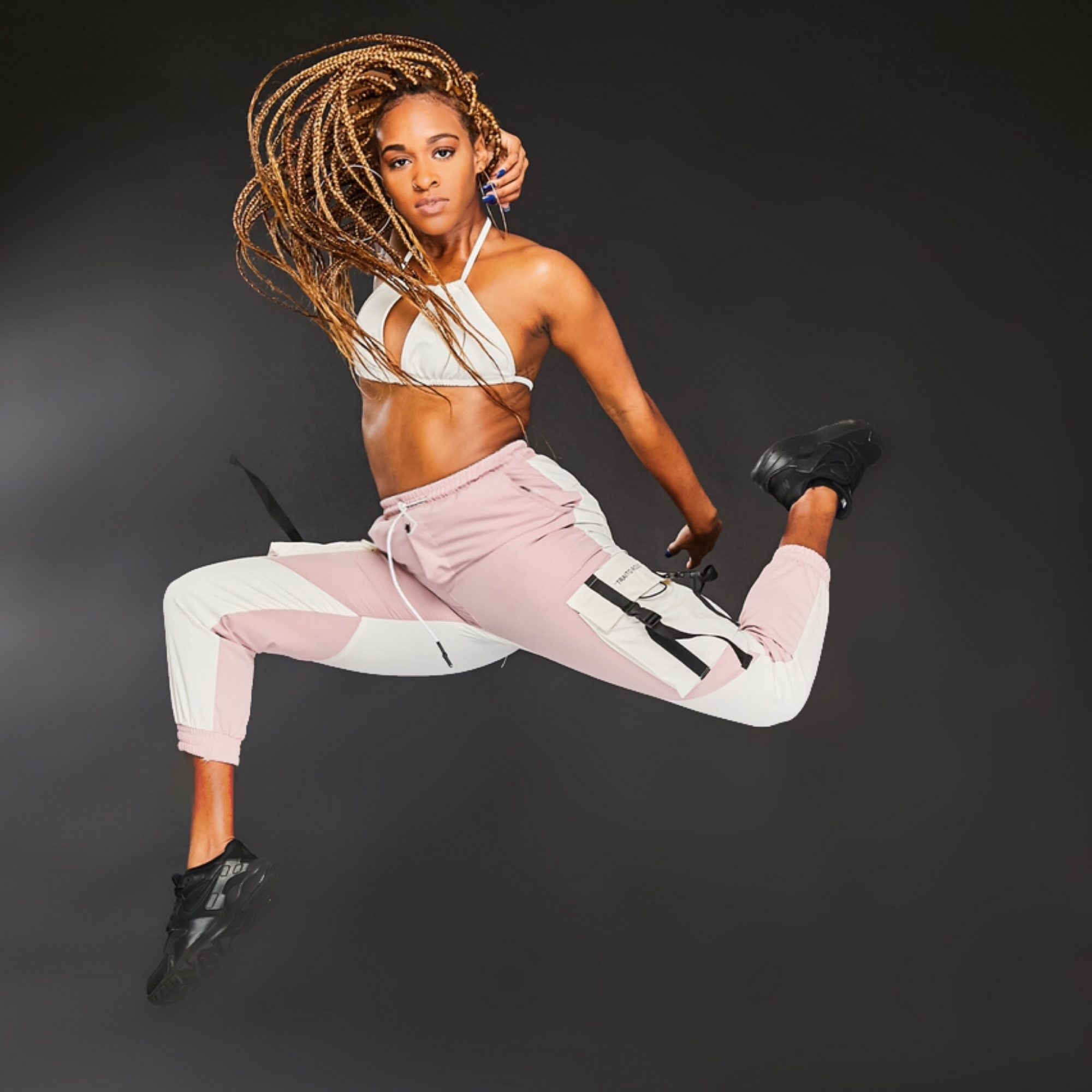 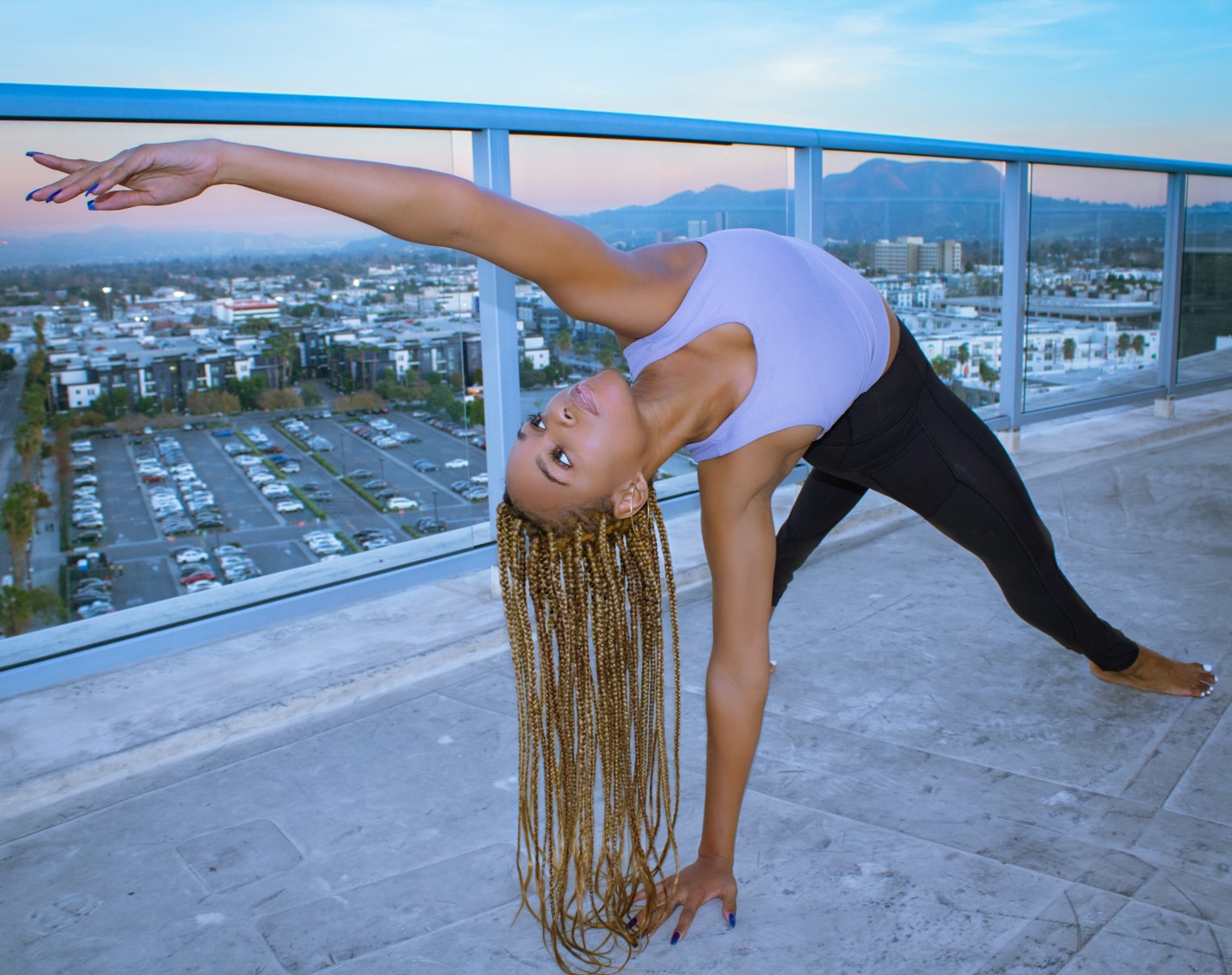 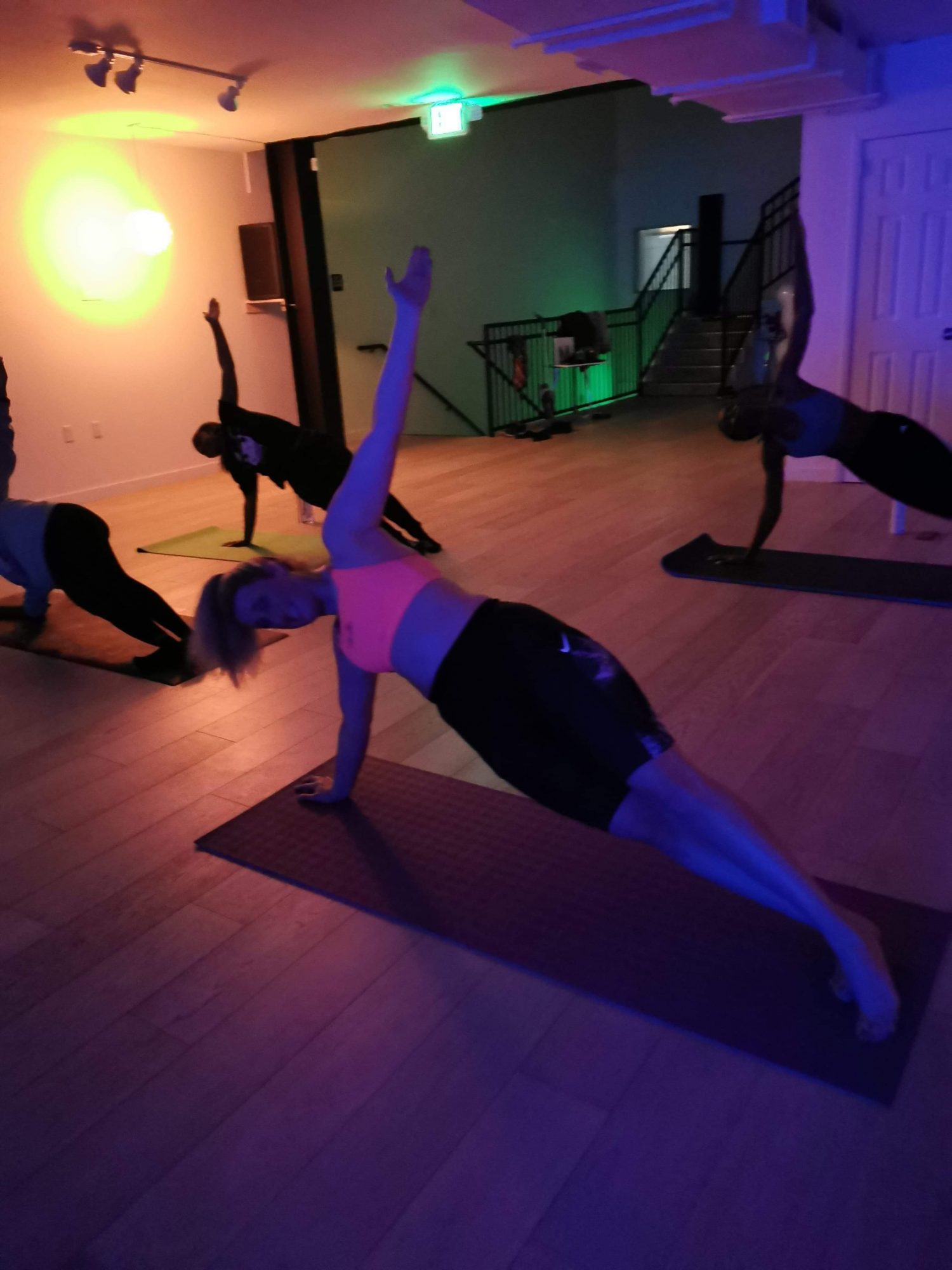 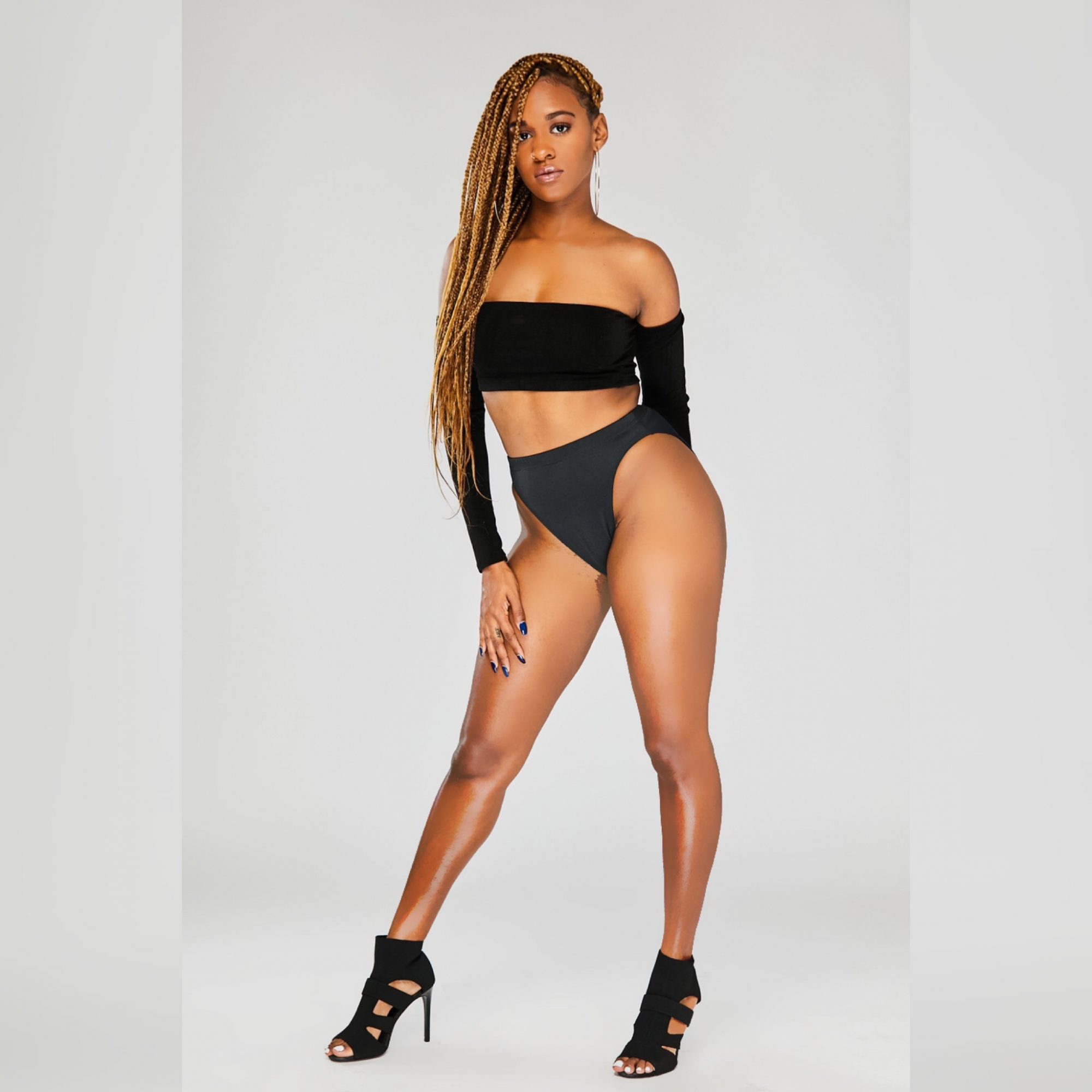