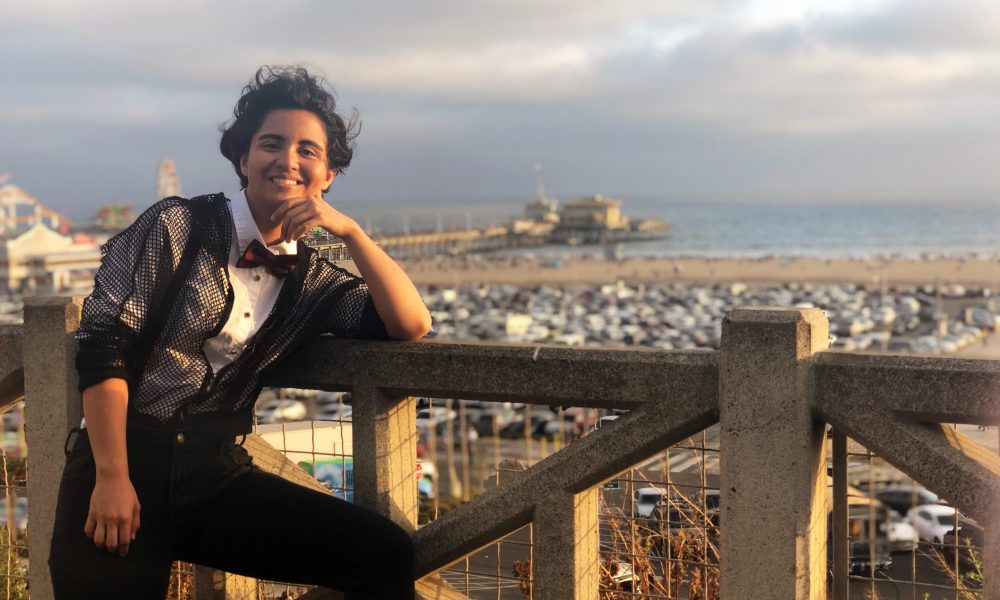 Today we’d like to introduce you to Brittany Franke.

So, before we jump into specific questions, why don’t you give us some details about you and your story.
I was born and raised in Arizona to my mother, who is an immigrant from the Philippines, and my father, who was native to the U.S. My parents divorced when I was about three, and afterward I lived solely with my mom. Together, my mom and I moved around a lot around Arizona as she was struggling to find work to raise me until we finally settled in Paradise Valley, a suburb of Phoenix, Arizona. There, for high school, I attended Paradise Valley HS and enrolled in their specialized school the Center for Research in Engineering, Science, and Technology (CREST). Therefore all four years of high school, I learned about biotechnology and even started an internship at a brain cancer laboratory my sophomore year.

In fact, the summer after that sophomore year, while I was working at the laboratory, I learned that my father (who I had stopped talking to) had died of a heart attack in Wyoming. My dad died when I was 16. That is when I really got into acting and the arts. I got a taste of acting in Speech & Debate competitions at my school, and my debate coach had recommended I audition for the play he was directing that summer. So when my dad had died, I was rehearsing in the play and learned how the arts can be a healthy outlet for negative emotions.

I fell in love with acting. My senior year of high school, I was awarded “Most Outstanding CREST Student” and “Most Outstanding Female Graduate” of my school, which was absolutely ironic given what I’m about to tell you. In September of that year, I got into a car accident that made me realize that life was too short. I had to pursue my passions in order to be truly happy. So I dropped my internship at the brain cancer laboratory (where I was very unhappy), and I decided to try pursuing other fields. However, I found that there was only one school I could see myself being happy and successful – the University of Southern California. Although I applied to 11 other schools, USC was the only school where I applied for a theatre degree as my first choice. No one else at my high school had ever gone to USC, but I honestly put all my eggs into that basket. Then, after other tragic events occurring all in that year (my debate coach was arrested for sexual assault of a minor, my best friend had killed himself, and my family was questioning whether or not we’d even be able to afford me going to a university without a full-ride), I was accepted and chose to go to college at USC!

So I moved to Los Angeles, having never lived outside of Arizona, and now? I couldn’t be happier. I had never taken a real acting class in AZ, so I absorbed as much as I could those first years at USC. My freshman year, I acted in multiple short films and the play She Kills Monsters by Qui Nguyen as the demonic princess Lilith. The next year, I acted as Joan in USC’s production of the musical Fun Home, which got me to sign a contract with a manager. Not only that but in the audience of that one-night show of Fun Home, one girl Lizzie Keller saw me for the first time – and now she’s my girlfriend of a year and a half. She’s also starring with me in Jordan Pfeifer’s short film NOXIOUS!

Now I am also the Artistic Director of the theatre company that produced She Kills Monster and Fun Home! I also directed the play Stop Kiss by Diana Son my junior year, which was my first time directing but also my favorite experience so far in college. Now I am also pursuing directing in addition to acting and have directed another play. I am also currently directing a short film for the first time. Finally, I am very passionate about arts education. I started teaching kids acting and theatre in an afterschool program my freshman year of high school as my work study at 24th Street Theatre. I have continued working there to this day as a Teaching Assistant and Public Relations/Media Intern online over Zoom! It’s been a very long journey, but I have no regrets. I love what I do.

Has it been a smooth road?
Not at all! As the daughter of an immigrant, a mixed person of color, and a butch lesbian, I’ve always felt very isolated because of my identity. It took a very long time for me to be proud of who I am. I actually wanted to act when I was very young, and my mom brought me to agencies to see if I could pursue acting, but an agent full-on told me that I wasn’t what they were looking for. I couldn’t help but notice all the feminine, white, blonde girls who were what they were looking for. That’s why I pursued science in high school – I thought it would be the “practical” route and would give me success. Now that I’m older and have taken leadership opportunities, I’ve finally gained confidence in myself and see that my individuality, my uniqueness, and my identity MAKE me powerful. Like I said in my “brief” summary previously, I lost my father when I was 16 and then my best friend my senior year of high school. Those losses in addition to the financial struggles of my family created (and still do create) a lot of inner conflict for me.

We’d love to hear more about your work and what you are currently focused on. What else should we know?
I am an actor and director primarily. I specialize in telling LGBTQ stories, especially as the Artistic Director of Dorothy’s friend’s theatre company (dftc), an LGBTQ independent student production company at USC. I’m most known for acting as Joan in dftc’s one-night only production of Fun Home, which had 1200 people sitting in the audience at Bovard Auditorium. I am also known for my directorial debut production, Stop Kiss by Diana Son, which was produced by Impulse Theatre Company at Camilleri Hall at USC. Currently, I am also rehearsing for the all-women production company ONYX’s LGBTQ sci-fi short film Noxious, directed by Jordan Pfeifer.

I am also a filmmaker. I’m currently directing a short film called Only an Imprint written by Michael Warker, which will be shown at USC Brand New Theatre’s spooky short film festival later this month. I will also be editing the final product of this film, as video editing and graphic design are also passions of mine. I am also a musician. I play the violin, ukulele, and guitar, and I also sing! I write songs too, but usually that is for myself.

Alongside with songwriting, I’m also a poet. A poem of mine is going to be published soon called “Lion Boy,” alongside the poems of other members of Arizona Masters of Poetry (AMP). I’m a founding member of this non-profit organization, and I am also now their Youth Leadership Committee coordinator! In addition to this non-profit, I’ve worked at 24th STreet Theatre company as a teaching assistant and P.R./Media intern. As a teaching assistant for their afterschool programs (ages 7-18), I’ve found another one of my passions – education – which compelled me to take up a minor in Education & Society in addition to my Theatre – Acting Emphasis major at USC.

I’m most proud of my identity, who I am. I am proudly Filipinx and butch, and my ultimate goal in life is to inspire others to also embrace their identities. I think self-love is a difficult journey that takes a lot of time and many pushes, but once you reach it, you find a new sense of peace and confidence. I’m a work-in-progress like everyone else, but I think I’ve found that self-love I’m talking about. And now I want to give that to others through my art.

Let’s touch on your thoughts about our city – what do you like the most and least?
I love the noise and the people. There are so many diverse backgrounds and identities in the communities here, and every time I meet a new person I want to learn everything about them! That diversity is also what makes me feel like I belong here. What I like least, in my own experience, is how isolated USC is from the rest of the community surrounding it. There are students who are missing out on experiencing new things because they’re stuck in this bubble of their own friend groups and USC as a private institution. They don’t know what they’re missing out on, and when I’m at school, I don’t meet a lot of people who actually know about the different businesses and communities outside USC. 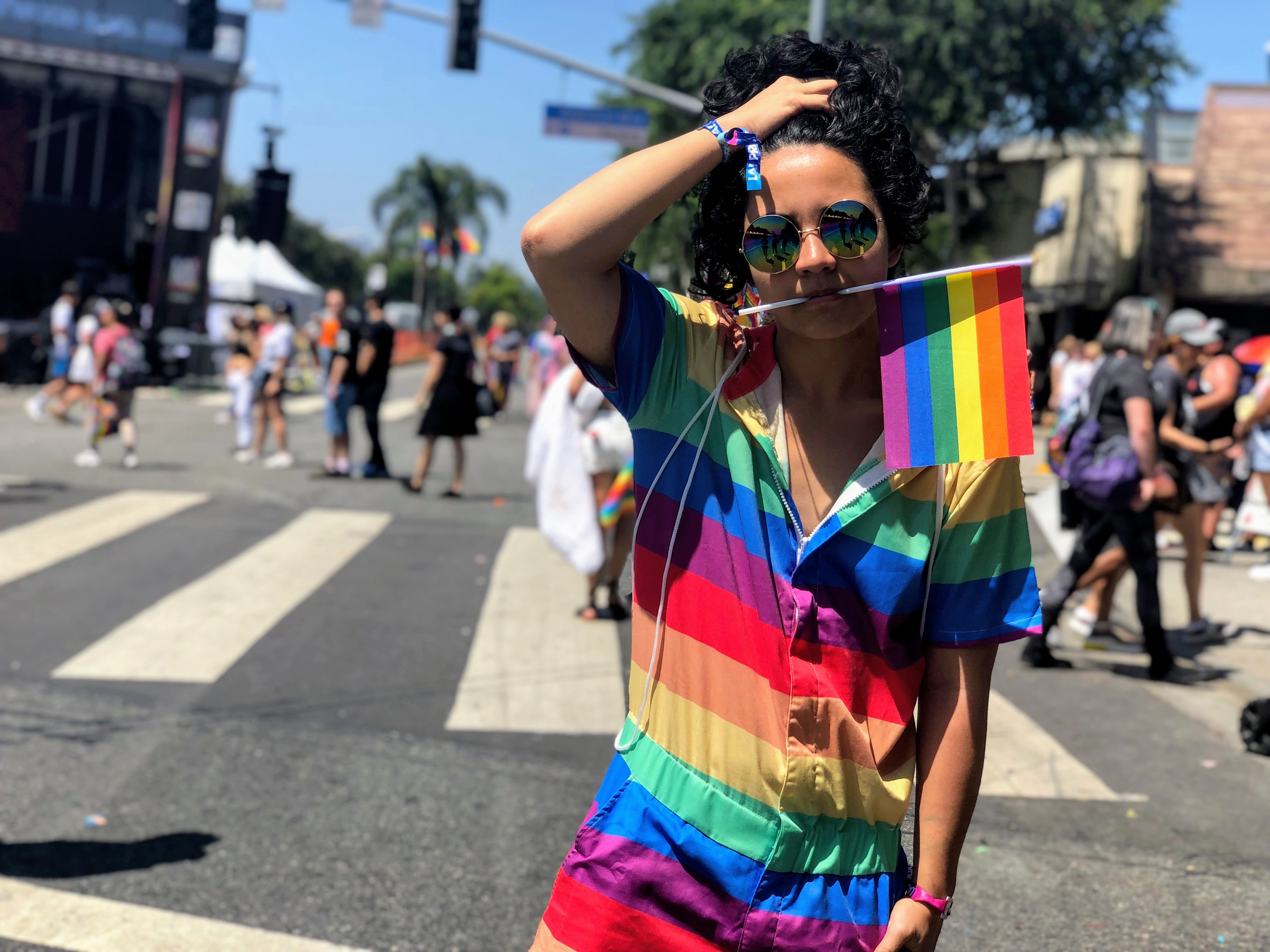 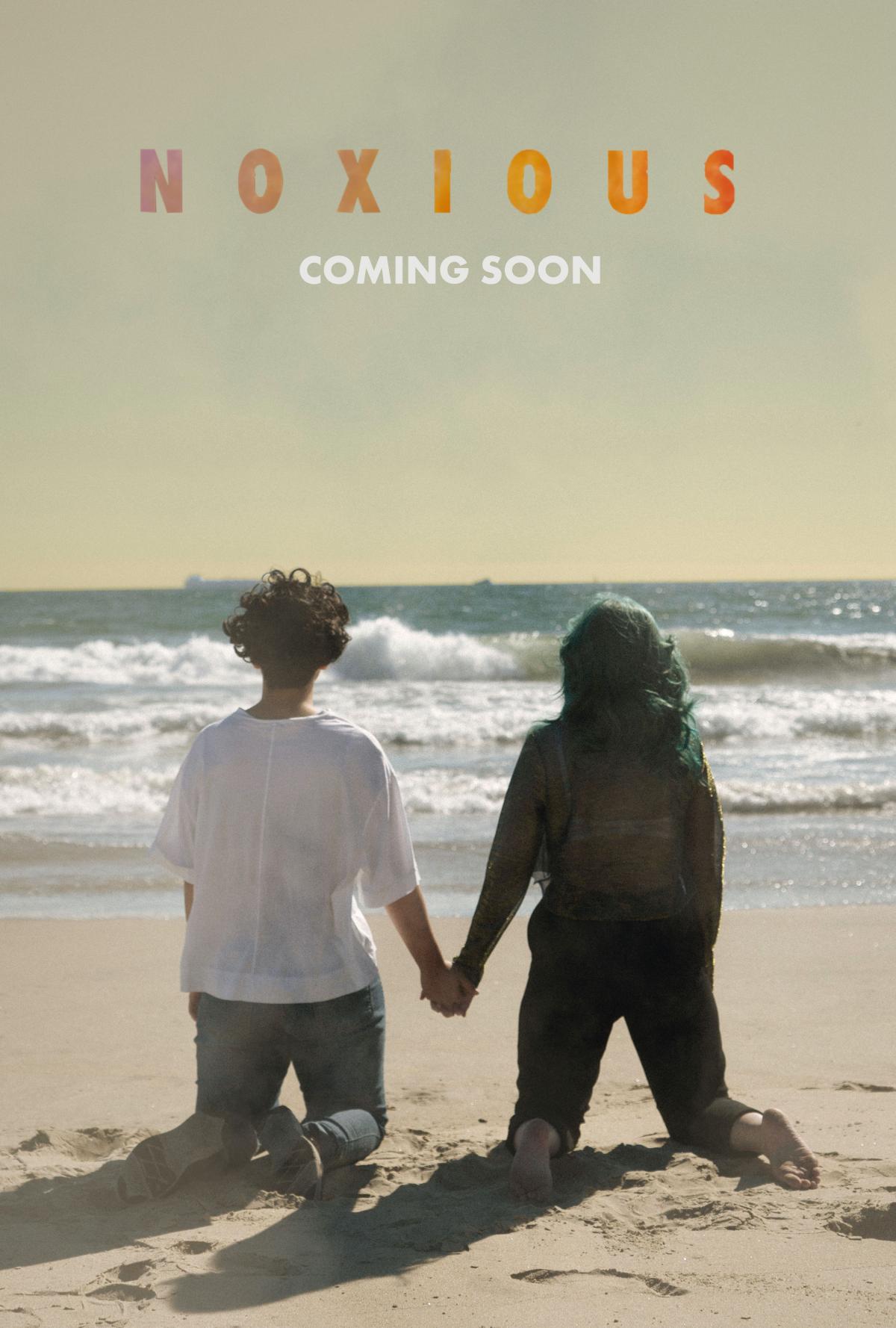 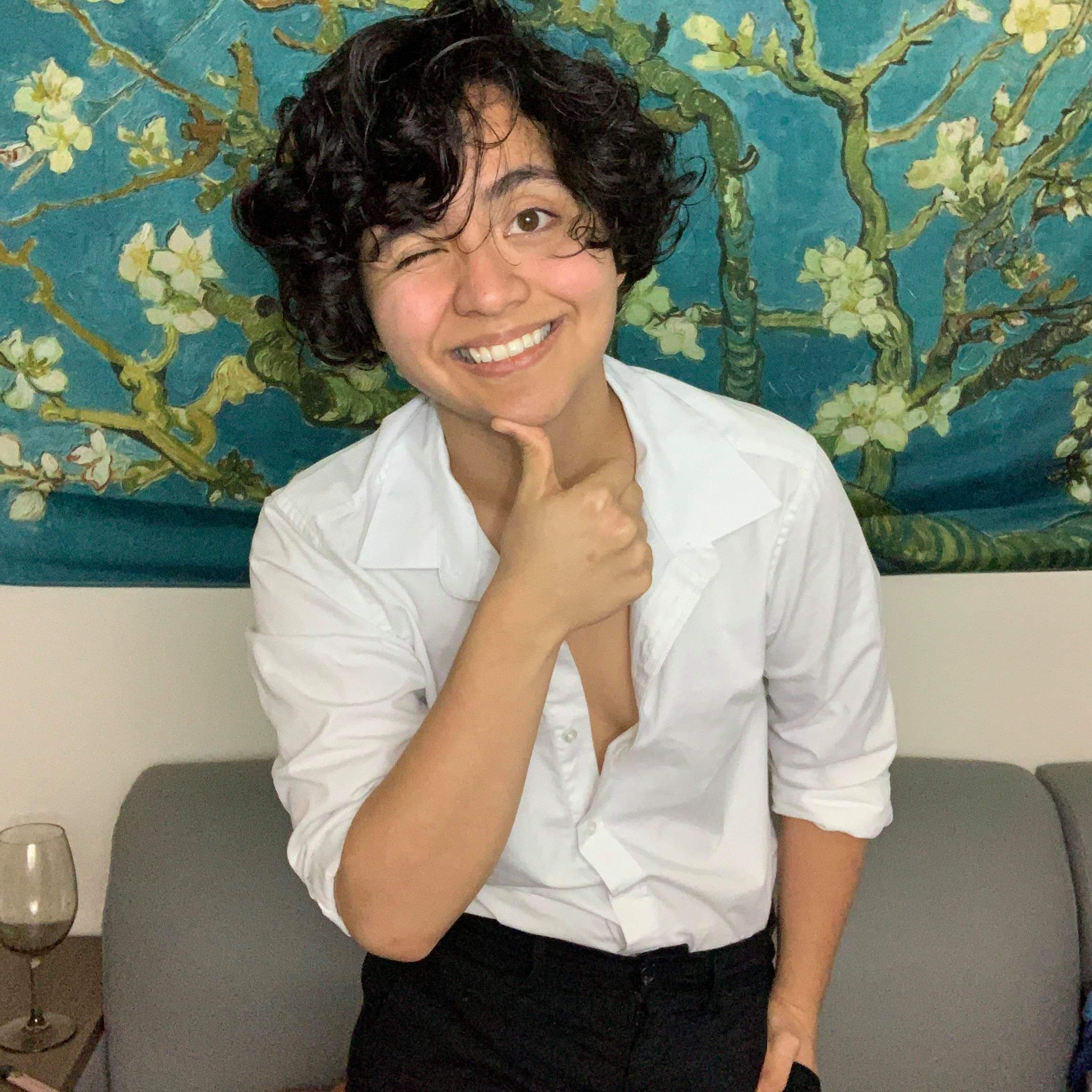 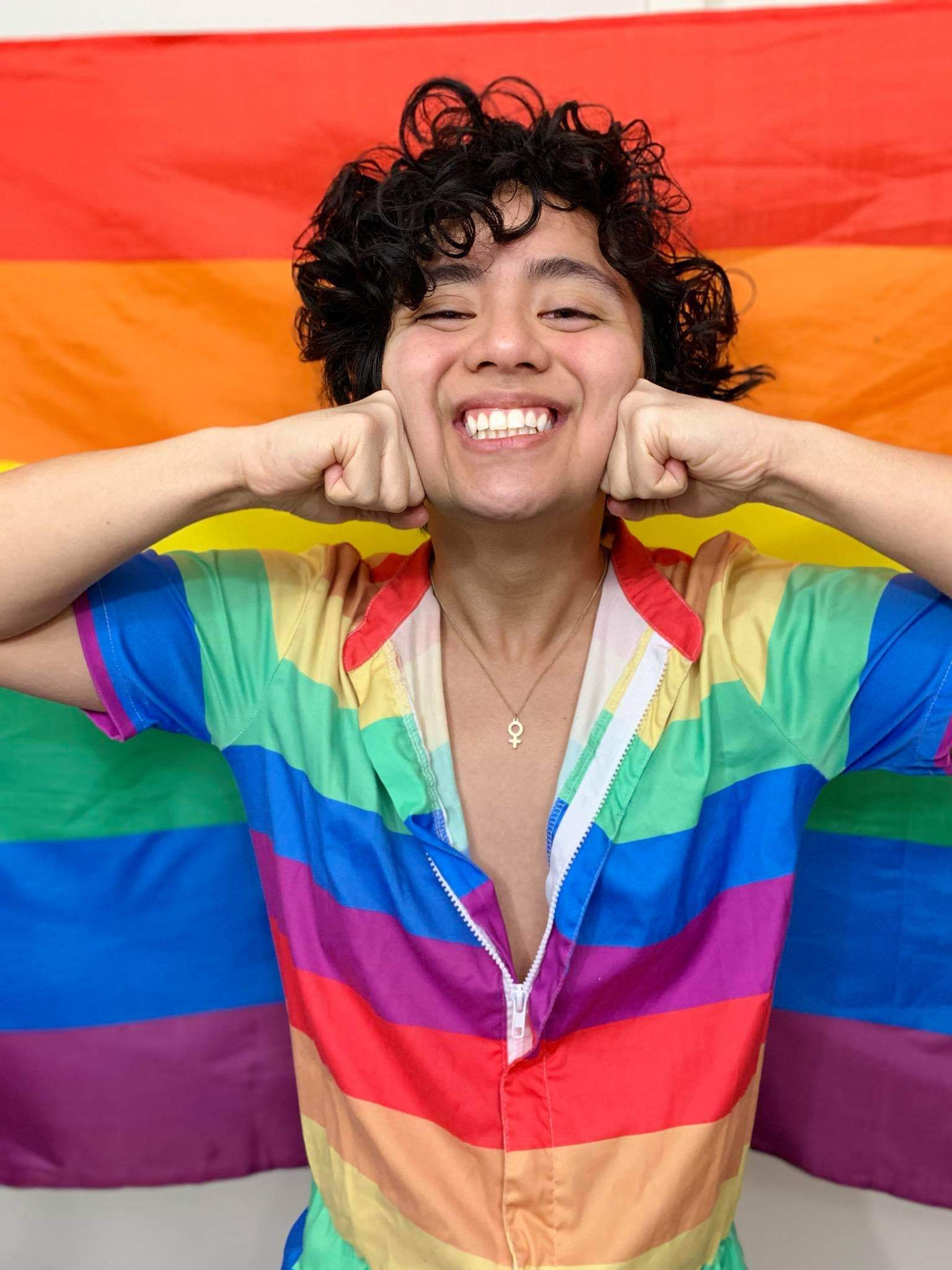 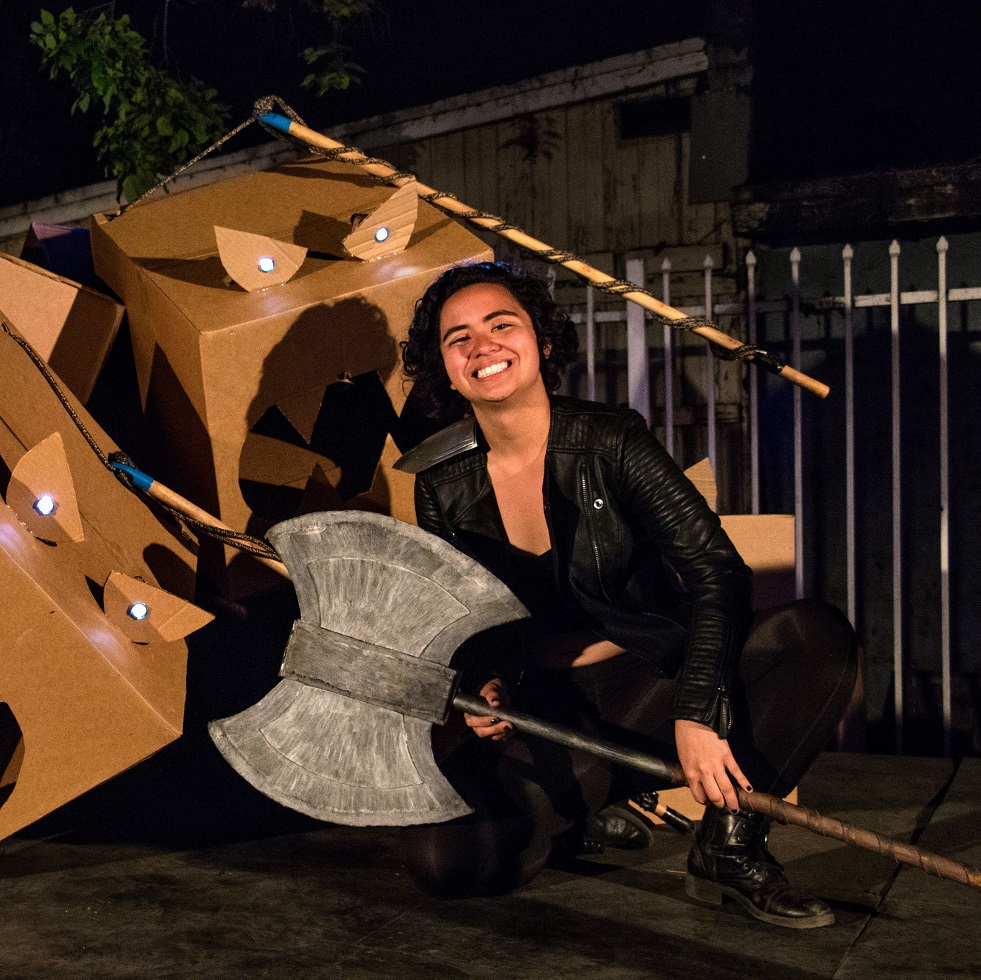 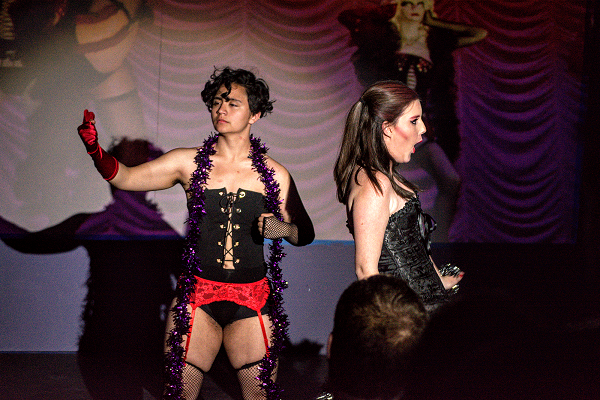 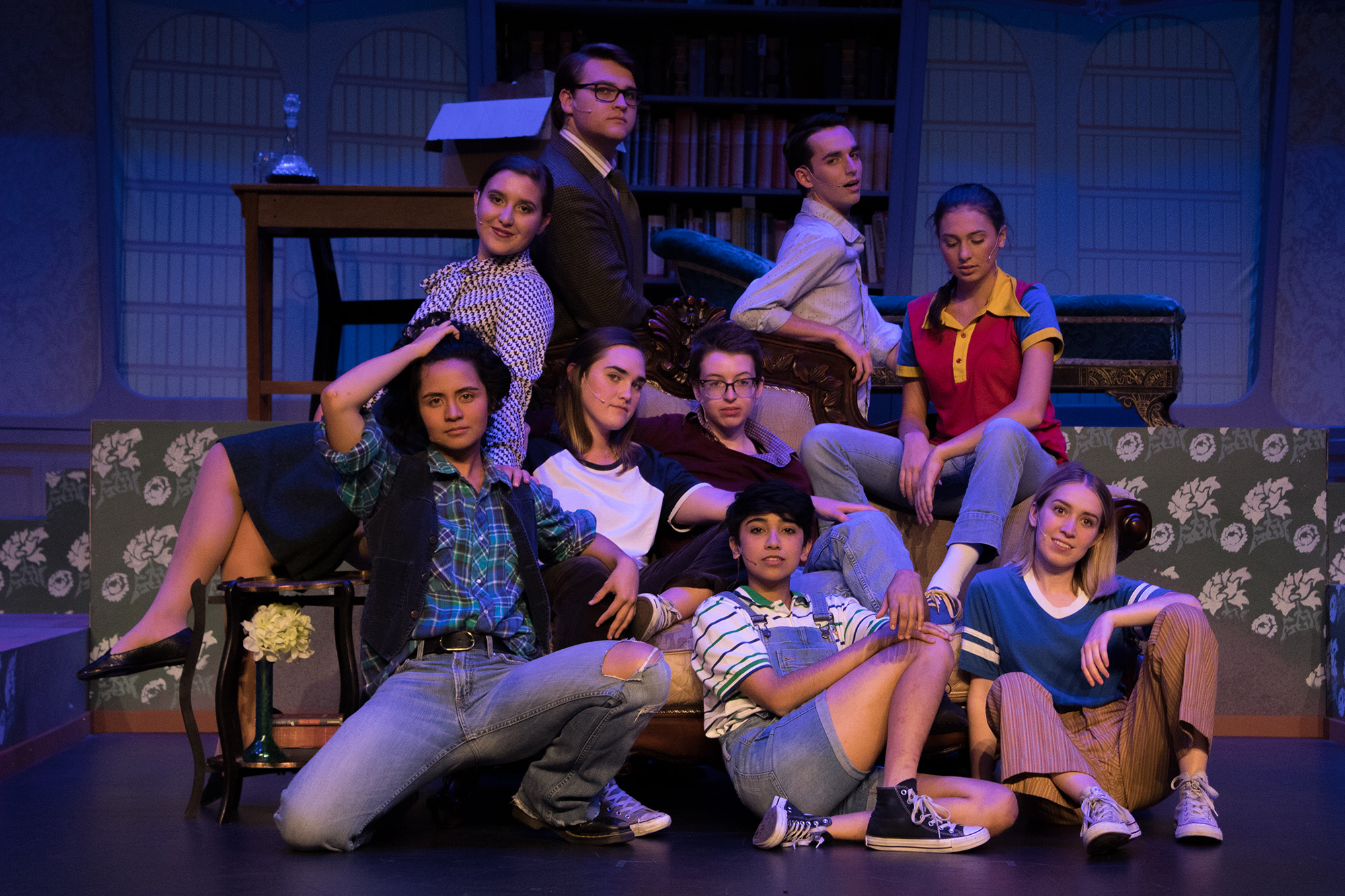 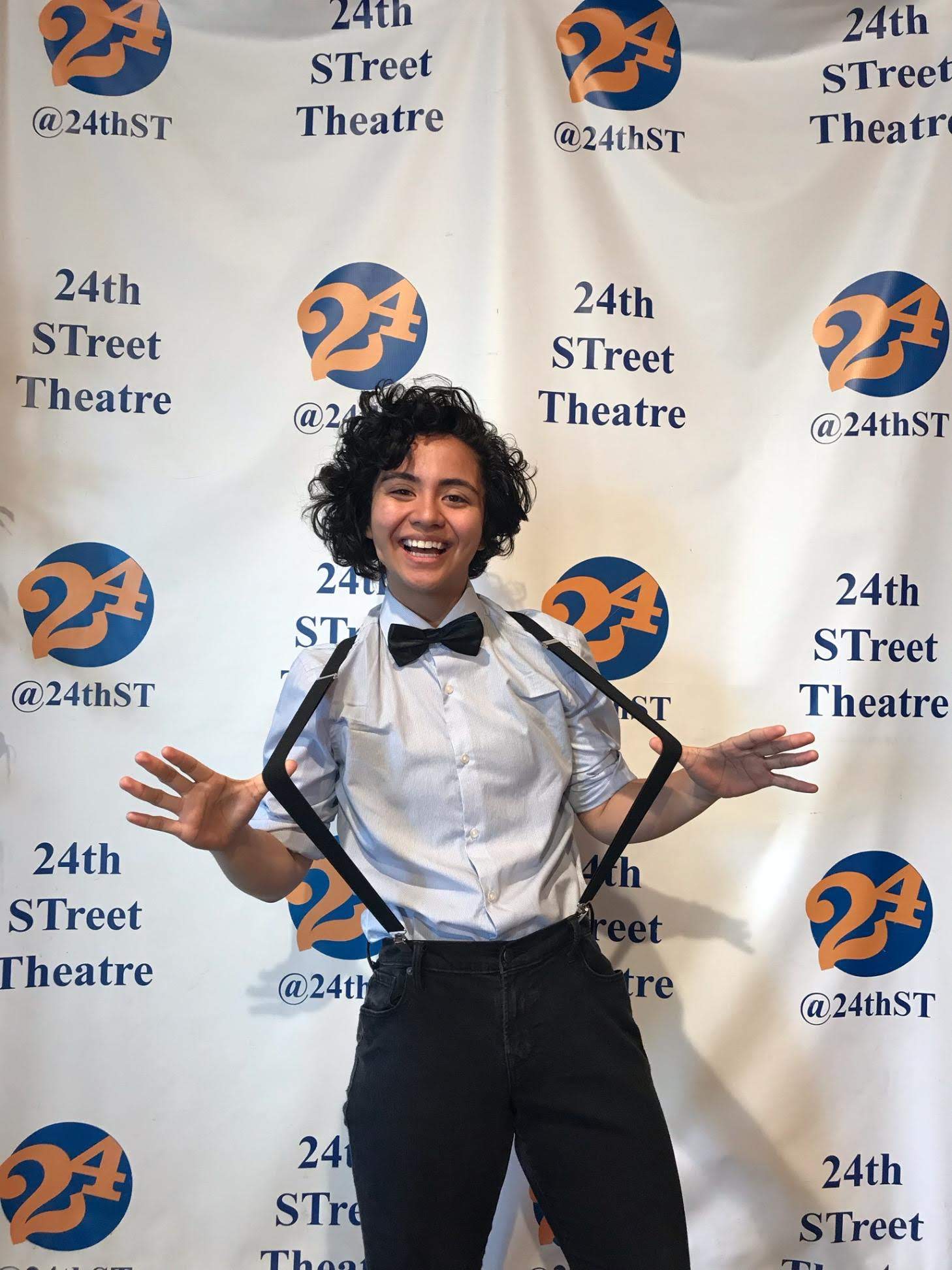