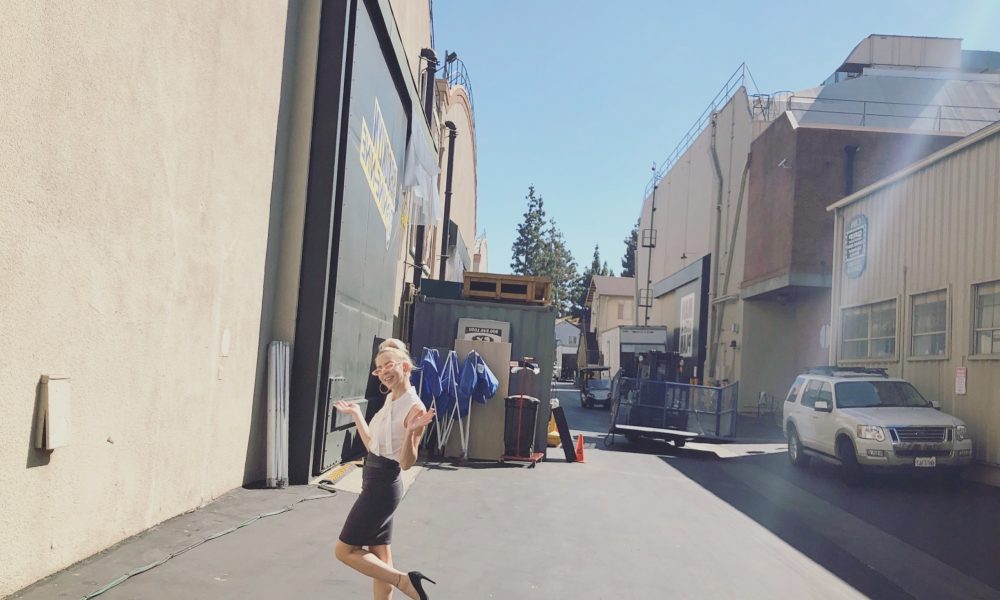 Today we’d like to introduce you to Brit Tobin.

Brit, can you briefly walk us through your story – how you started and how you got to where you are today.
I live to bring people together to create, inspire, and entertain. Growing up in a diverse city on the East Coast greatly shaped and influenced my worldview, sense of humor, and bigger goals for working in the entertainment industry. I wanted to tell stories with a universal message, and if it got some laughs, even better. It started with writing which has always been my forte and saving grace through all of life’s ups and downs, but these days I’ve shifted gears to incorporate producing content on a larger scale. As an artist, I consider myself to be a generally creative person overall. I often find myself switching gears from left brain to right, film financing and production to painting, writing, or shooting content. I love helping people and connecting all the dots.

Shortly after hopping off the plane at LAX in 2011, I created a bare bones comedy pilot called Hollywoodburgh — a half hour comedy about neighbors in a small apartment complex trying to make it in the big city (aka low-budget Entourage meets Friends) — which was very meta in retrospect. Our no-budget pilot was shopped around and though we weren’t picked up, we later retooled the show as a 10 min. buddy comedy for YouTube as Hollywoodburgh Shorts! The legend of our little series lived on as our lead guys conjured up “how to get famous” schemes in their daily life as roommates in NoHo. The actors Chris Donnellon (Christian) and Nathan Caywood (J.R.) went on to do theater, TV, and commercials which was (and still is) a massive achievement that we are all very proud of.

After Hollywoodburgh, my story continued with helping others bring their visions to life through film schools as a producer. I had little to no experience producing, but the opportunity called to me and I ran to it wildly with open arms. Keep in mind, my educational background is in social sciences not film! This was a period driven by pure ambition and keeping a roof over my head, I lived for every minute of it… Quite literally. In production, there are a lot of moving pieces which, for me, is just as exciting as the beginning stages of creation on a project (if not more). In 2016 my co-writer from Hollywoodburgh, Salvatore J. Russo III, and I teamed up again. We were toying around with the idea of doing a quick horror project, intended as a teaser for a feature film, which turned into a short arthouse. The Final Fiction was shot exclusively on Tri-X super 8mm film in Larimer, PA, and went on to make festival rounds internationally.

As I’ve continued to create and evolve over the years, not a day has gone by where I wasn’t sharing what I’ve learned or somehow helping others in their own success as an advisor and friend – pay it forward is a rule I live by. In doing so, collecting this eclectic variety of experiences has paved the way for my own successes and allowed me to make invaluable connections, which in turn, has brought me to where I am today.

I spent a good majority of 2019 writing and rewriting – a handful of shorts, a spec (two per year is my challenge to myself), a comedy, and an original pilot about the #MeToo movement. On the artistic/design side, I worked on a graffiti-for-charity project empowering women and their respective self-started businesses. Last but definitely not least, I also wrote and directed a short film called Dear Olivia, which I just found out will be screened at the Women in Film Festival in my hometown of Pittsburgh in July 2020.

Though a lot of festivals have postponed to 2021 due to Covid-19, having the ability to screen our film virtually was just the news we needed to hear. As a result of last year’s film festival fundraiser, we ended up donating more than half of our proceeds to the Dave Thomas Association for Adoption, which has meant the world to me and Dear Olivia’s majority-female team. Personally, this film was a big departure from my usual comedy route. The film’s message is a heartfelt one about adoption and family and highlights women’s health and fertility — two topics of many that I’ve passionately advocated in recent years.

Currently, my partner Jeff and I are in the process of revamping our tiny but dynamite production company for short-form content. We’re looking for writers and creators to bring in the next wave of content. It’s busy and exciting, just how I like it.

Great, so let’s dig a little deeper into the story – has it been an easy path overall and if not, what were the challenges you’ve had to overcome?
Nothing good comes easy, or so I’ve been told. Ironically, one of my biggest challenges has been realistically portraying my own personal challenges.

Jokes aside, I was diagnosed with ADHD as a teenager which often takes its adult form in what I’ve dubbed as “verbal dyslexia” – I find it a lot easier to figure out what’s going on in my own head when I’m writing. Is that weird? Probably. But who cares! Life is weird. While we’re on the topic of all things unconventional, I was also raised by my grandparents which isn’t something I’d ever consider a negative, but it did make life a little different for me growing up. I give it 4.99999/5 stars. I like different.

With every shade of self-doubt, criticism, or general naysaying, I somehow always find a way to see the silver lining. Usually, for me, that begins with finding the humor – comedy is both a coping mechanism and often a necessary evil in this line of work. The challenges I’ve faced along my career journey and in life are exactly what have given me the fortitude to come out stronger on the other end at every level.

Not being heard? Write about it, say something. Not getting the job you want? Create your own. Sad, lonely, anxious? Go to a comedy show, connect with people, small acts of kindness go a long way and allow you to see the bigger picture – maybe it’s not such a selfish world after all. Can’t pay rent? Take a job, gain a life experience. Feeling stuck? Circle back to writing. Lather, rinse, repeat. Those are the things that have worked for me, and to my advantage, pretty much always go hand in hand with what I already like to do. Maybe it’s just the way I see things, but when life hands me lemons I produce!

We’d love to hear more about your work and what you are currently focused on. What else should we know?
As a writer-producer, it’s all about great storytelling and connecting creative minds – for me, good humor has been the ultimate ticket to facilitating every aspect of those things from start to finish. At this stage in my career, I’m most proud of the projects I’ve helped bring to life and the lives we touched along the way. In addition to writing screenplays, I’ve also published three books (comedy and a lighthearted self-help guide to pursuing entertainment careers), and for a while there, I was putting out two articles a week under the broad umbrella of entertainment/fun. It was amusing, paid the bills, and made people laugh – which at the end of the day means the world to me.

If there’s one single defining thing that makes my work unique it’s that I get a huge sense of satisfaction, rebellious enjoyment really, out of taking something conventional and turning it on its head as satire or straight-up comedy. I used to say, “life is tragic, make fun of it” which is just a Gently Sardonic™ way of saying “positivity triumphs all”. It still rings true in a lot of ways, but the philosophy behind it has evolved to give platform to important topics that may have previously been looked over in mainstream comedy. Many of the outdated ideas in comedy are, simply put: cheap. The awareness of today transcends surface-level humor – it’s inspiring and fresh to see more cerebral talent championing the future of programming. As we pave a new road in entertainment, it is now more important than ever for other’s voices, especially diverse, to be seen and heard.

Do you look back particularly fondly on any memories from childhood?
In addition to normal kid stuff like riding bikes, playing games, and watching TV (my favorites were All That and Kenan & Kel on Nick) – I loved inventing worlds and characters that my friends and I would act out.

Without a doubt, the best times were from the summer I was finally allowed to take the coveted family video camera out on my own. My friends and I filmed our own shows like “House” which was a family sitcom, “Vampires at the Church” a soap-opera mystery – “The Club” which was a sort of reality series where we raised money through bake sales and lemonade stands to start our own Cheers-style hangout in my folks’ game room. We also did backyard battles (pranks, challenges, obstacle courses, etc.), parodies of movies and music videos, and even CARTOONS. So yeah, you could pretty much say I was running my own channel at 12.

Looking back, those were some of my fondest memories from childhood, and as an adult the only thing that’s really changed is the incredible wealth information and technology available. Long gone are the days of manually editing in-camera on a bulky VHS camera, I can shoot, edit, and upload right from my phone. It’s addictive, but there’s a certain retro-luster of shooting on film that I will continue to enjoy for as long as it’s around. 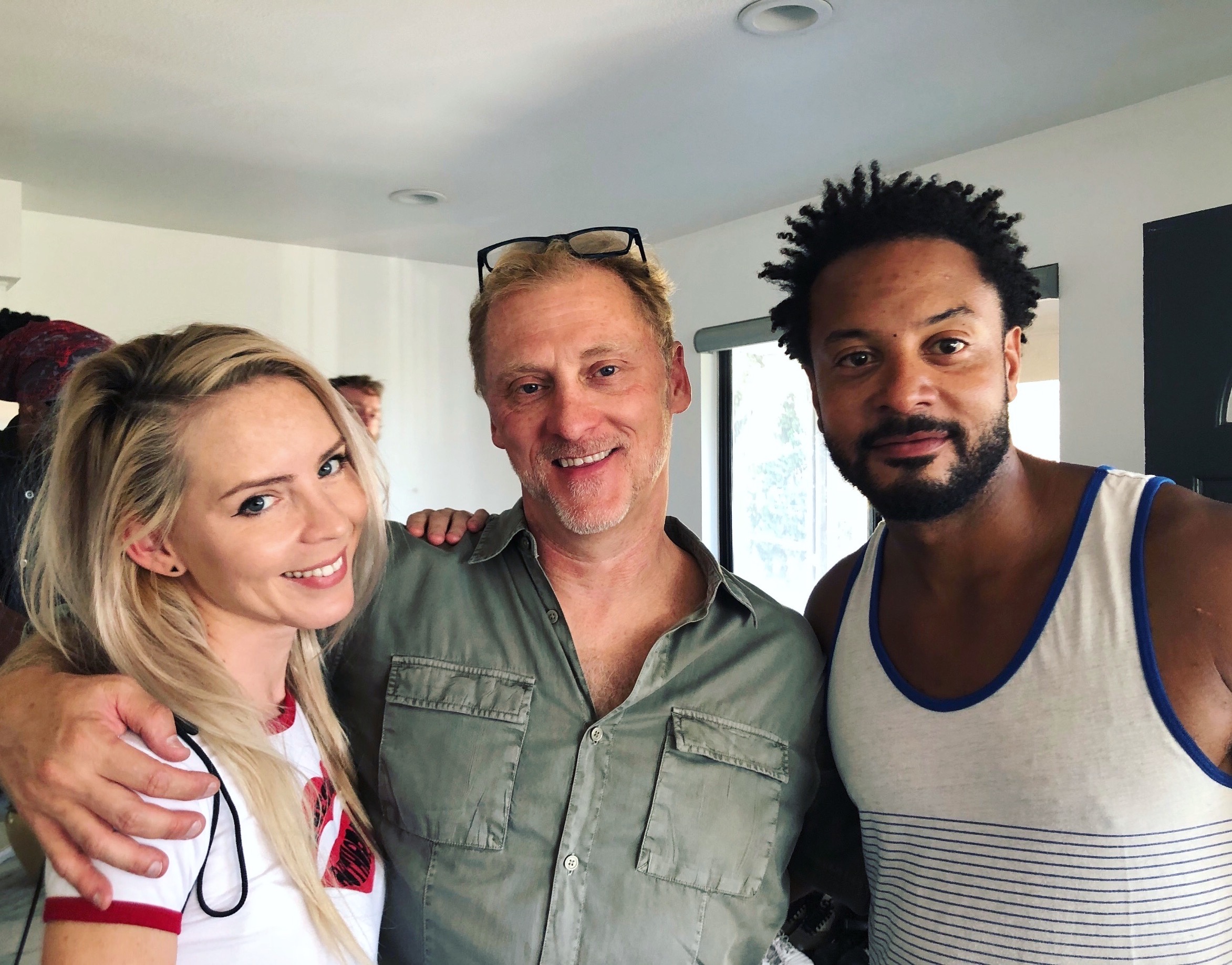 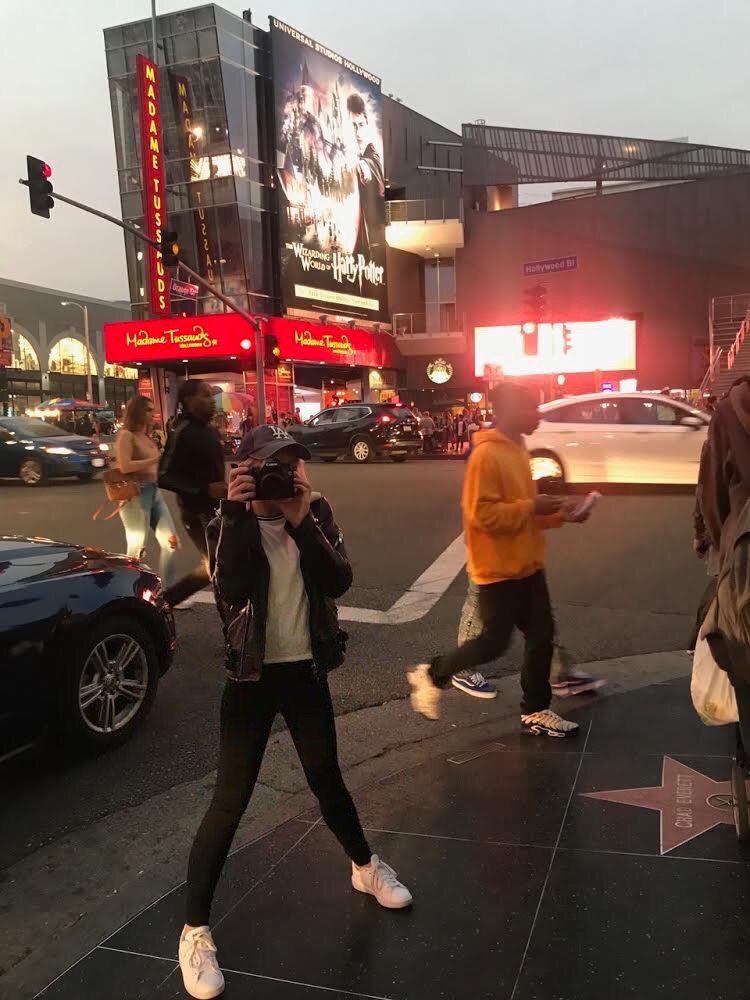 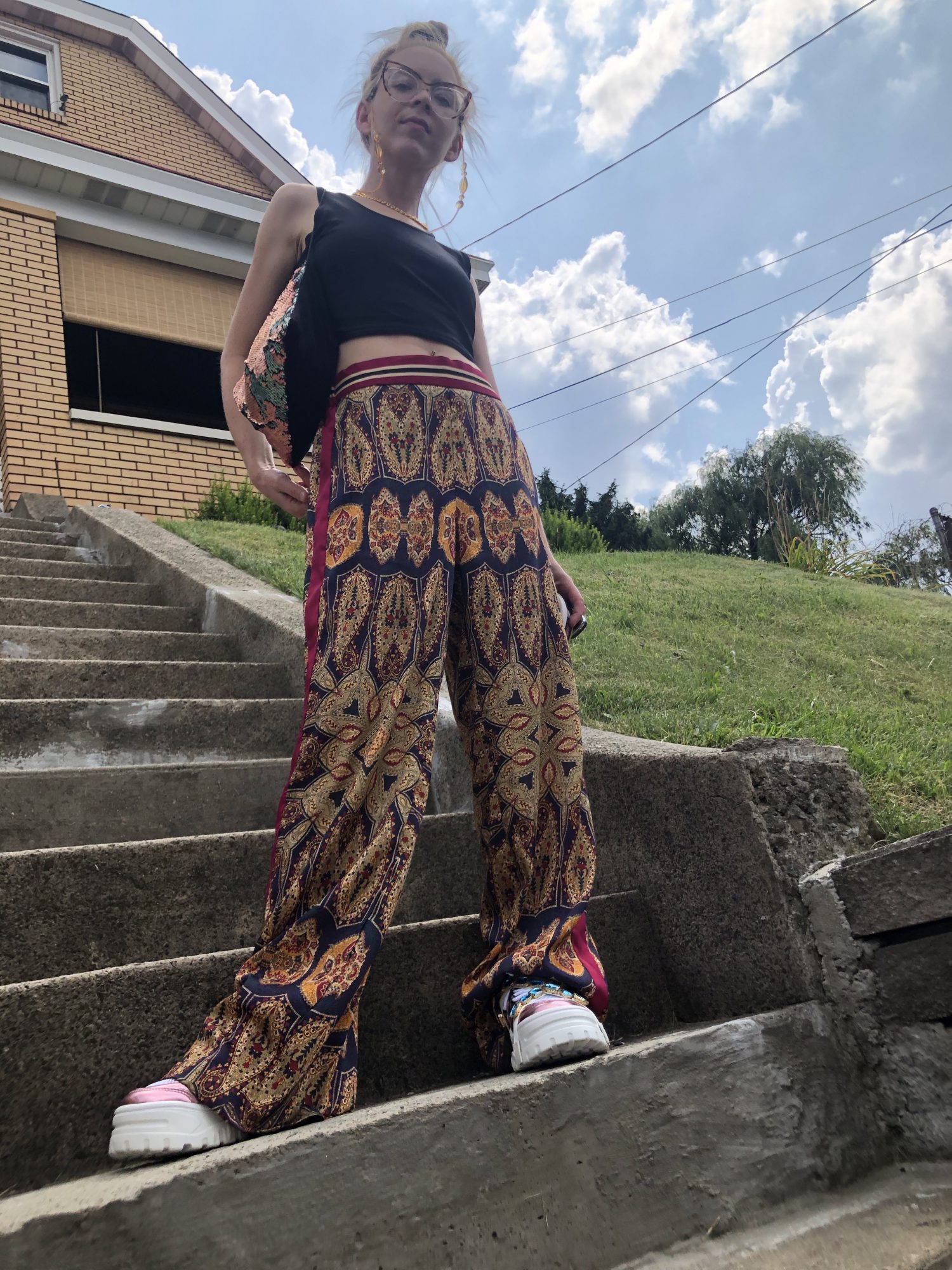 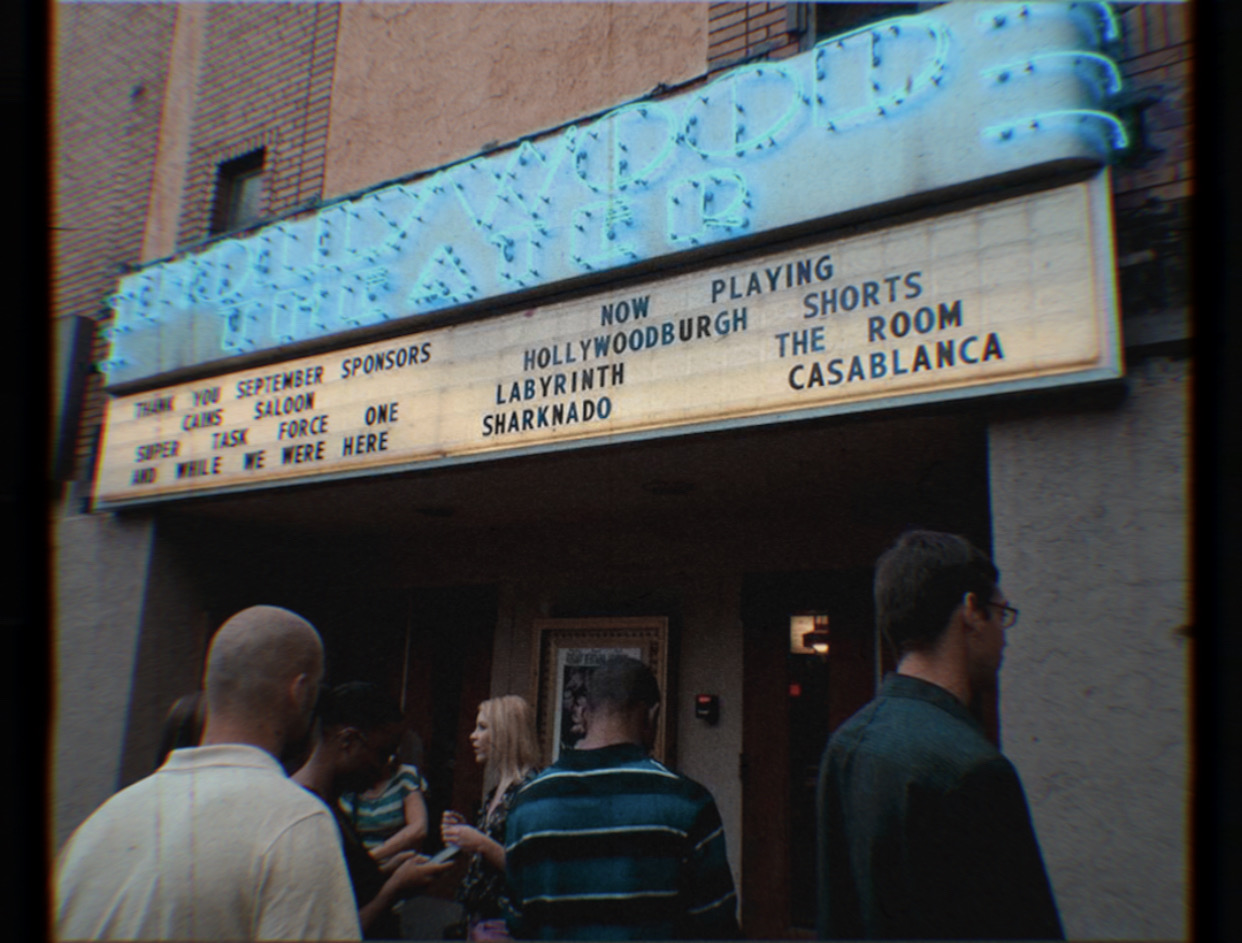 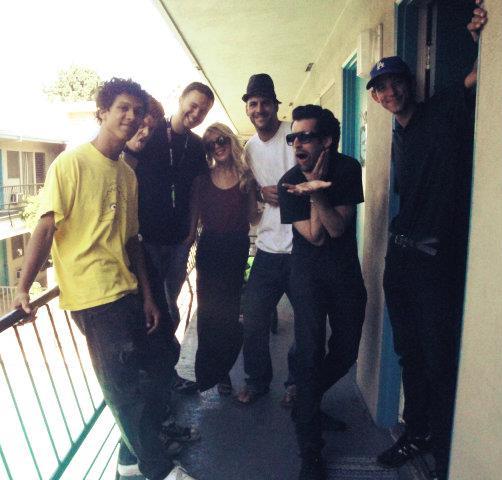 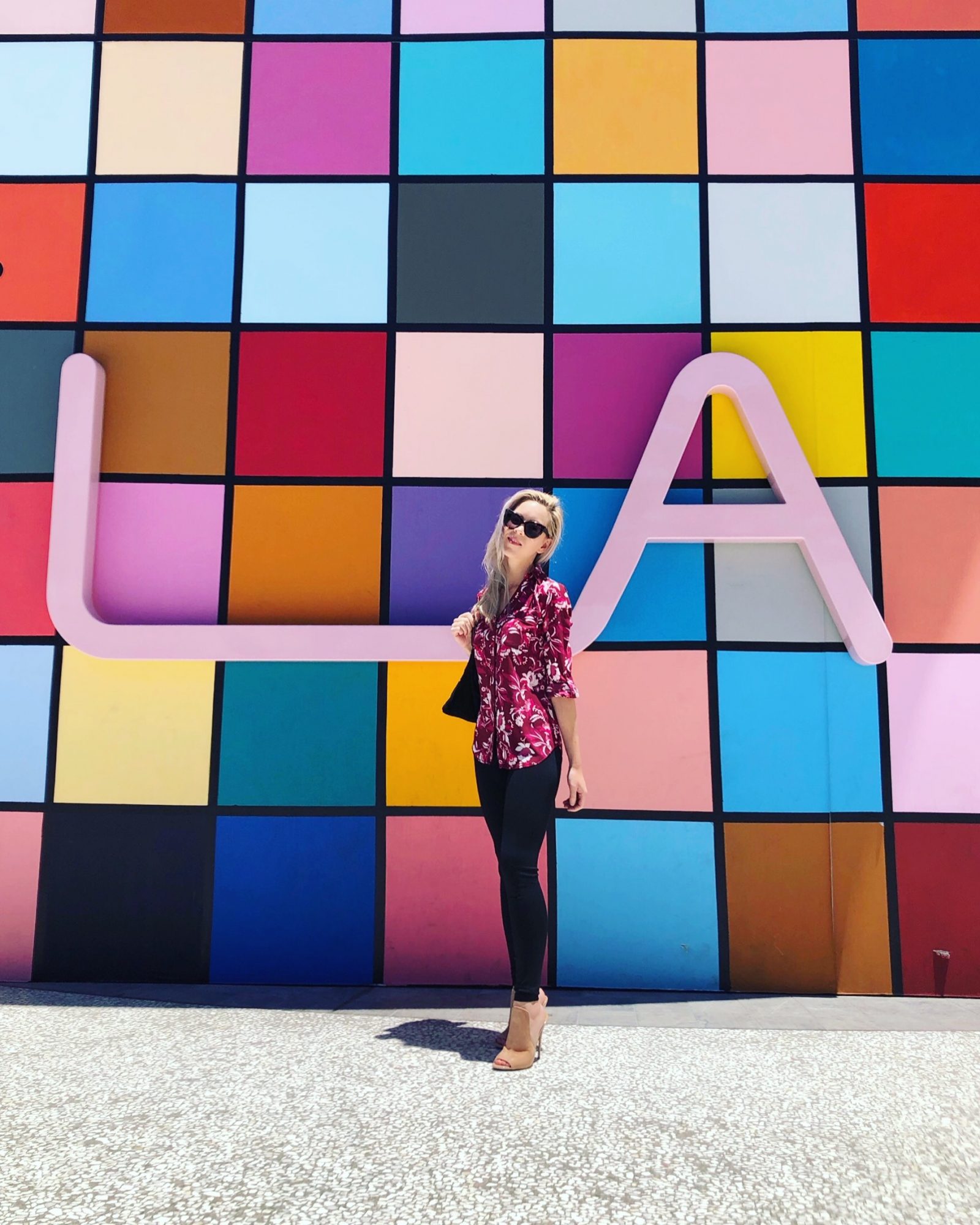 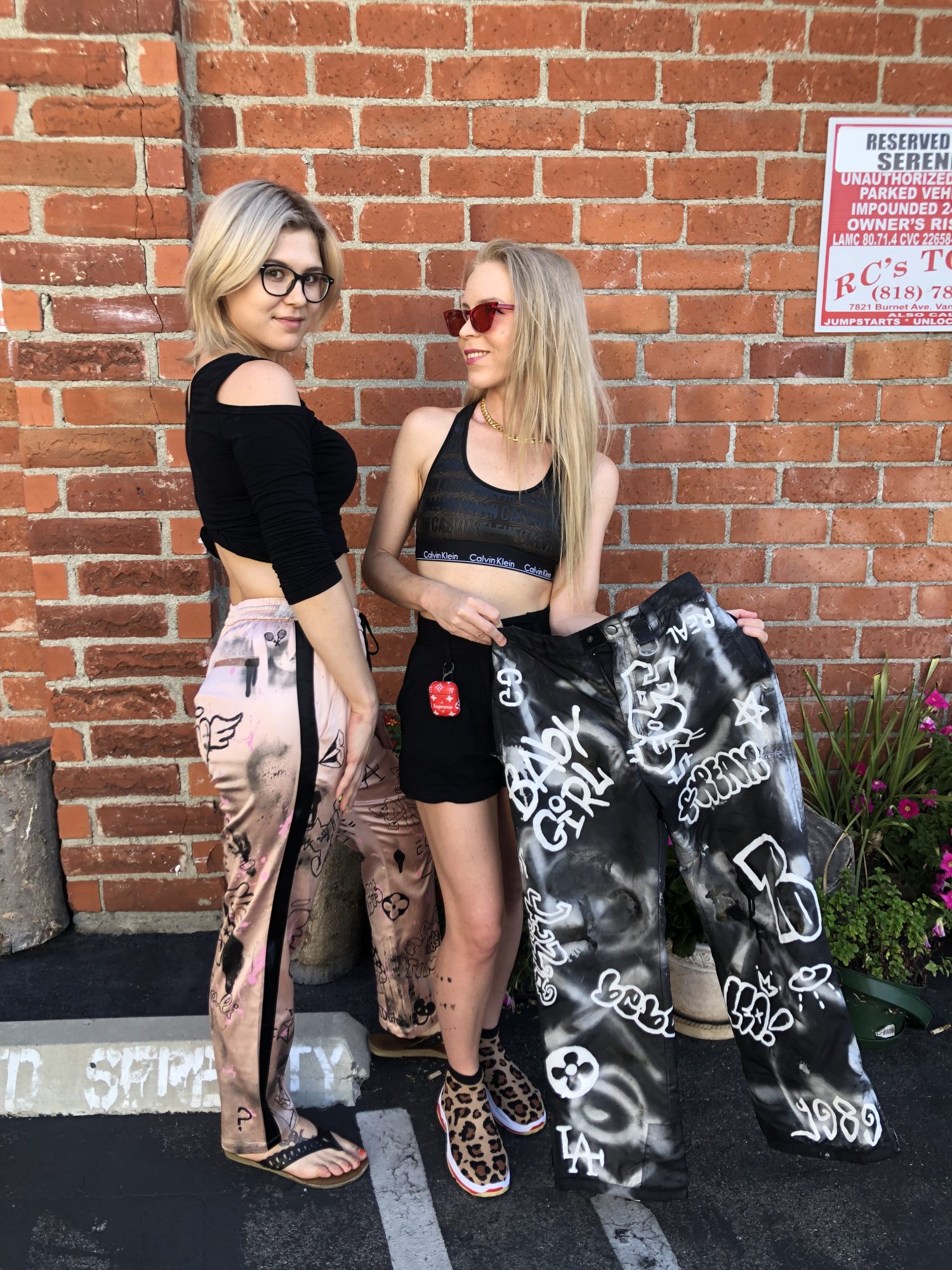 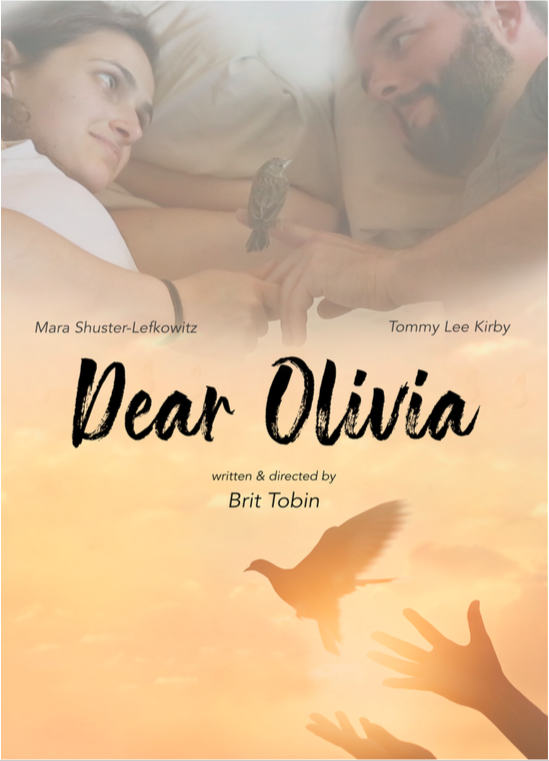