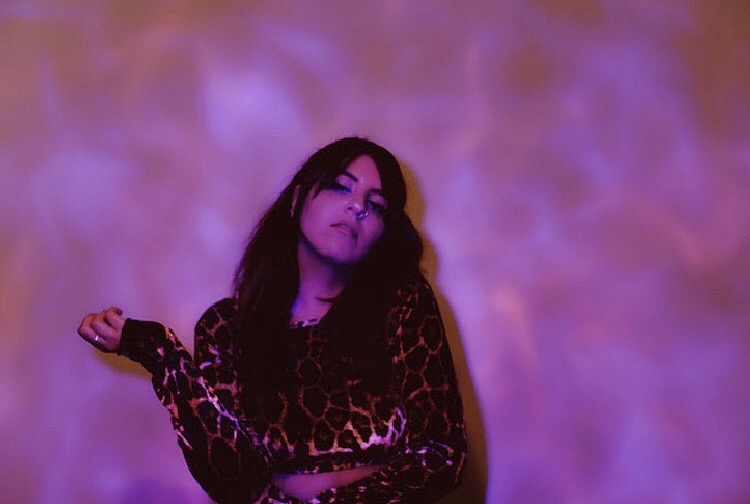 Today we’d like to introduce you to Brie Goldsobel (Holmes).

Brie, can you briefly walk us through your story – how you started and how you got to where you are today.
I joined chorus in kindergarten, and I’ve been singing ever since. My twin sister and I used to put on concerts in our play room when we were little, dancing on the couch with our blow up microphones and fake head sets, pretending to be the Spice Girls and Britney Spears. I used to write in my diary “one day I’m going to move to Hollywood and be a singer.” My mom raised us on The Grateful Dead, my dad raised us on hard rock music, and I found a love for the Backstreet Boys~ so it was a great spectrum of music to stay inspired by.

I decided to learn guitar in High School, so I bought my first guitar and would sit in my mom’s bathroom floor for hours, looking up guitar tutorials and teaching myself songs. I wrote my first song when I was 16 that was inspired by an Aussie boy my grandma introduced me to. From then on, I became hooked on writing songs. I’d stay in my bedroom all day and write and write and write. When it was time to go to college, I didn’t know what I wanted to study, but thought it would be fun to study theatre since I’ve done some acting classes in the past and figured it’d help me become comfortable performing in front of people.

I played my first show when I was 18. I was sooooo nervous that I rushed through every song and couldn’t wait to be done. I jumped off stage and my heart was beating so fast and I was sweating from everywhere. But something weirdly clicked that night, and from then on, I fell madly in love with being on stage and performing for people. The more I played shows, the more I felt like me. I feel like I never truly knew myself until I was on stage. I felt like the me-est me. I still do whenever I’m on stage. 🙂 From that show forward, I started playing in small bars even though I wasn’t 21 yet. My uncle would go with me and convince the bartenders to let me in and play. I couldn’t get enough.

During this time, I also started acting more. I was in an acting and singing camp, and we had the opportunity to go to LA and perform for people in the industry. I got a callback for singing- and fast forward a little- my mom and I flew to NY to meet with someone at a label. After that, I flew to LA to record a few songs with different producers. Everything was happening so fast. I released my first EP. I ended up being the opening act for Aaron Carter on his tour, and that’s where I fell in love with touring. After the tour was over, I started playing more shows- almost every day, anywhere I could. My friend and I booked two more nationwide tours together. I started getting really great opportunities and thought my whole life was a dream. And you know that feeling where everything is going so well, you know something not so great has to happen so there’s balance? That happened. I was told I was overweight and would never be a pop star, I was told my voice was “too weird”, I was told I was too old- even at 21. Lots of other things happened and lots of names were called that just stuck in my head and made me think I was delusional to think I was going to be a successful musician. It’s hard to shake those things off, especially hearing things like that from people you admire. This made me start writing more, and I started believing in myself and my music again. Music is so fucking powerful, man.

I moved to LA four years ago (!!!) and I’m working on my 2nd EP. I started a band with incredible musicians and I believe in myself now more than I ever have. Of course there’s always going to be things that knock me down, but I’m prepared for them because I know who I am and what I want to do. I’m just really grateful for where I am and where I’m going and everyone and everything around me on this adventure, ya know?

We’re always bombarded by how great it is to pursue your passion, etc – but we’ve spoken with enough people to know that it’s not always easy. Overall, would you say things have been easy for you?
Not at all. I’ve fallen down so many times and sometimes it takes a while for me to get up. I moved to LA with no money and worked 3 jobs at the same time to make enough money to make ends meet and to make music. I live in a house with 4 guys who are all musicians as well, and we’re all grinding to make things happen. It’s hard a lot of the time, but it’s magic the rest. I love music and I love singing and I love sharing my story, and I wouldn’t change this road for anything. If it was a smooth road, everyone would do it. 🙂

We’d love to hear more about your work and what you are currently focused on. What else should we know?
My name is Brie (Holmes), and I’m a moody pop songstress who wants to share my story with anyone who will listen. I want to be an inspiration to anyone who is feeling down about themselves. I want to show people that you don’t have to look a certain way or sound a certain way or dress a certain way to be successful. If you really want something and you put in the hard work, you will achieve such amazing things. Don’t listen to the people who want to bring you down. They don’t know what you want or what you’re capable of~ you do.

Has luck played a meaningful role in your life and business?
I really believe luck is being in the right place at the right time and being prepared. <3 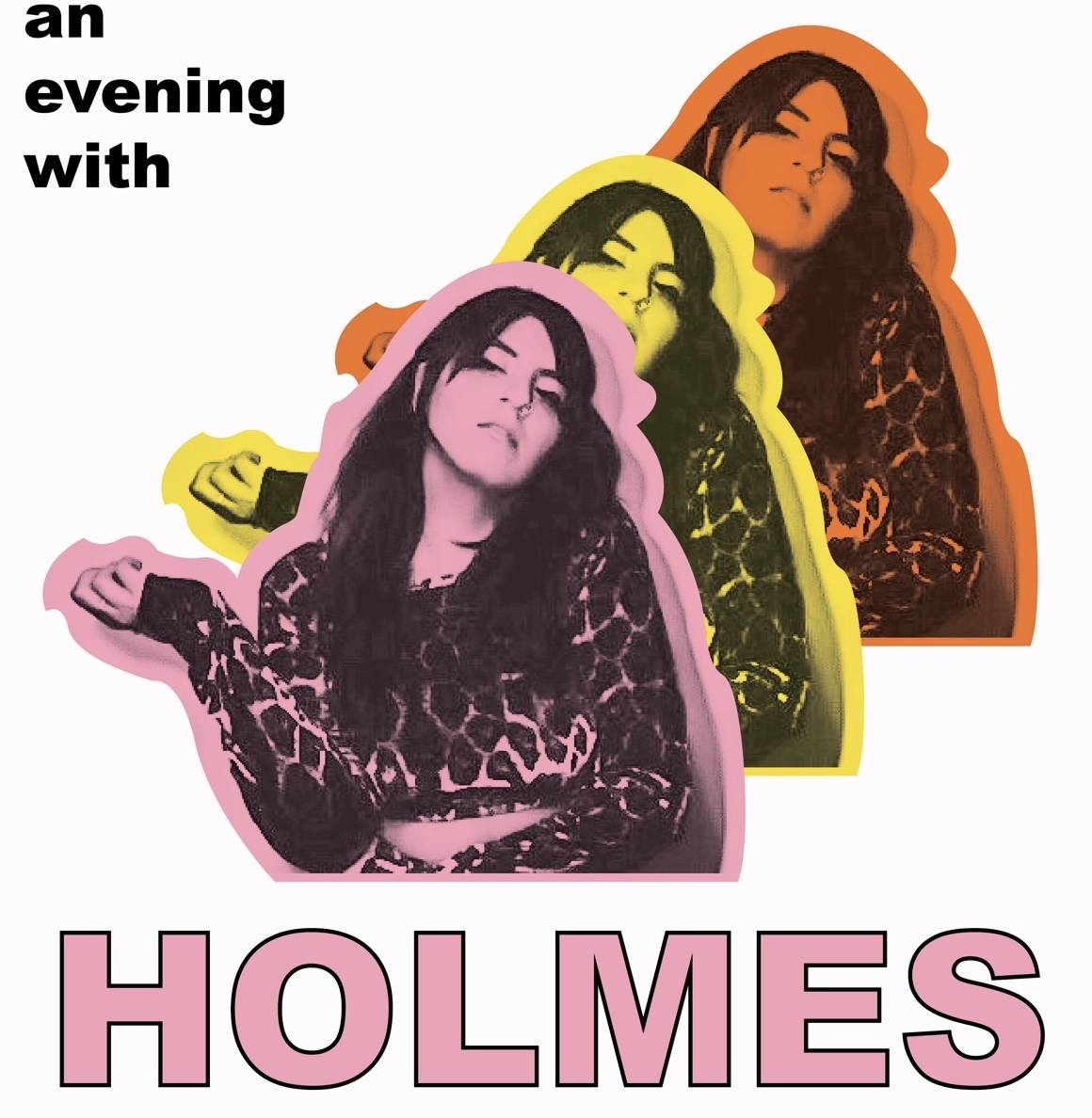 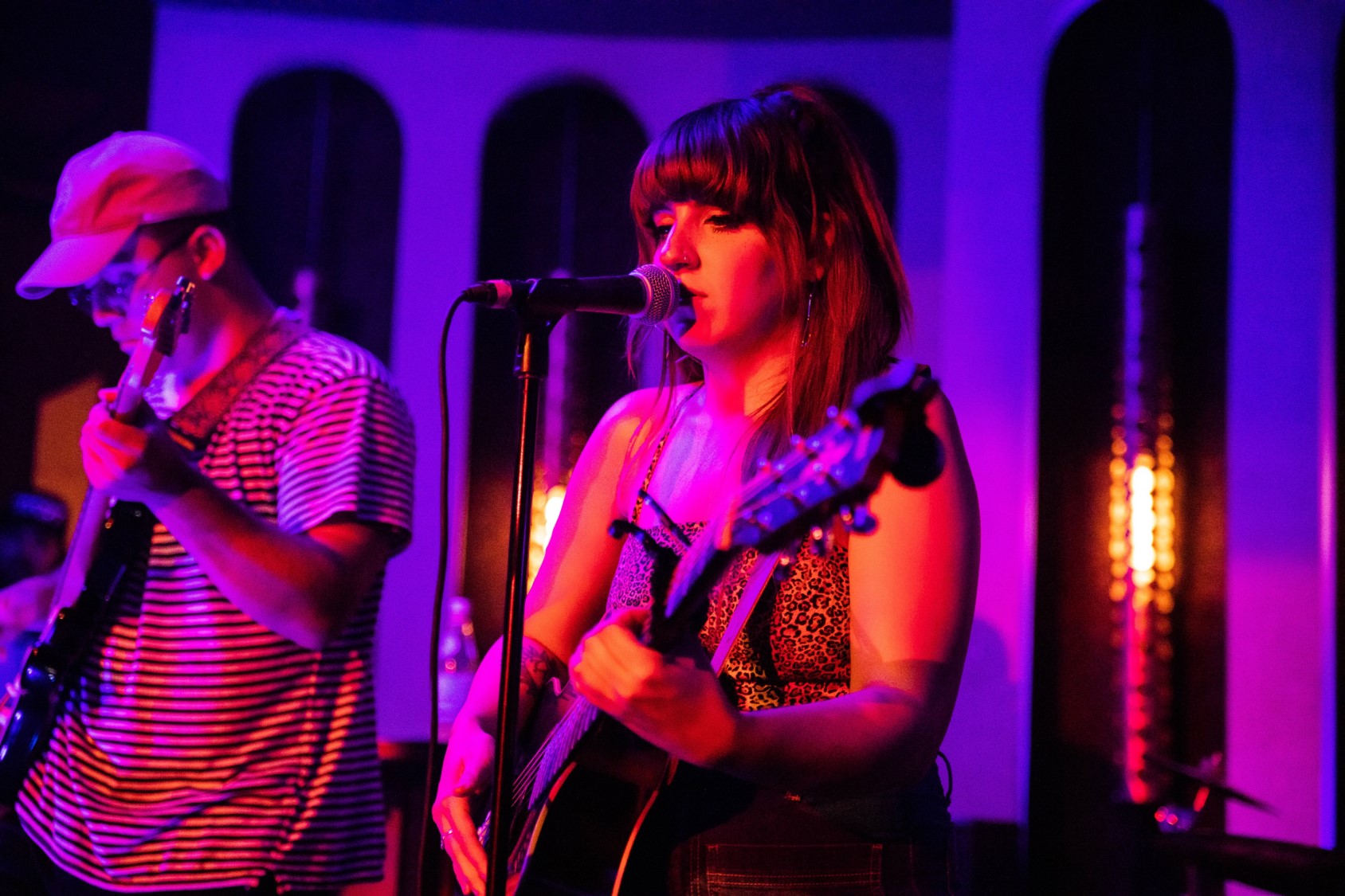 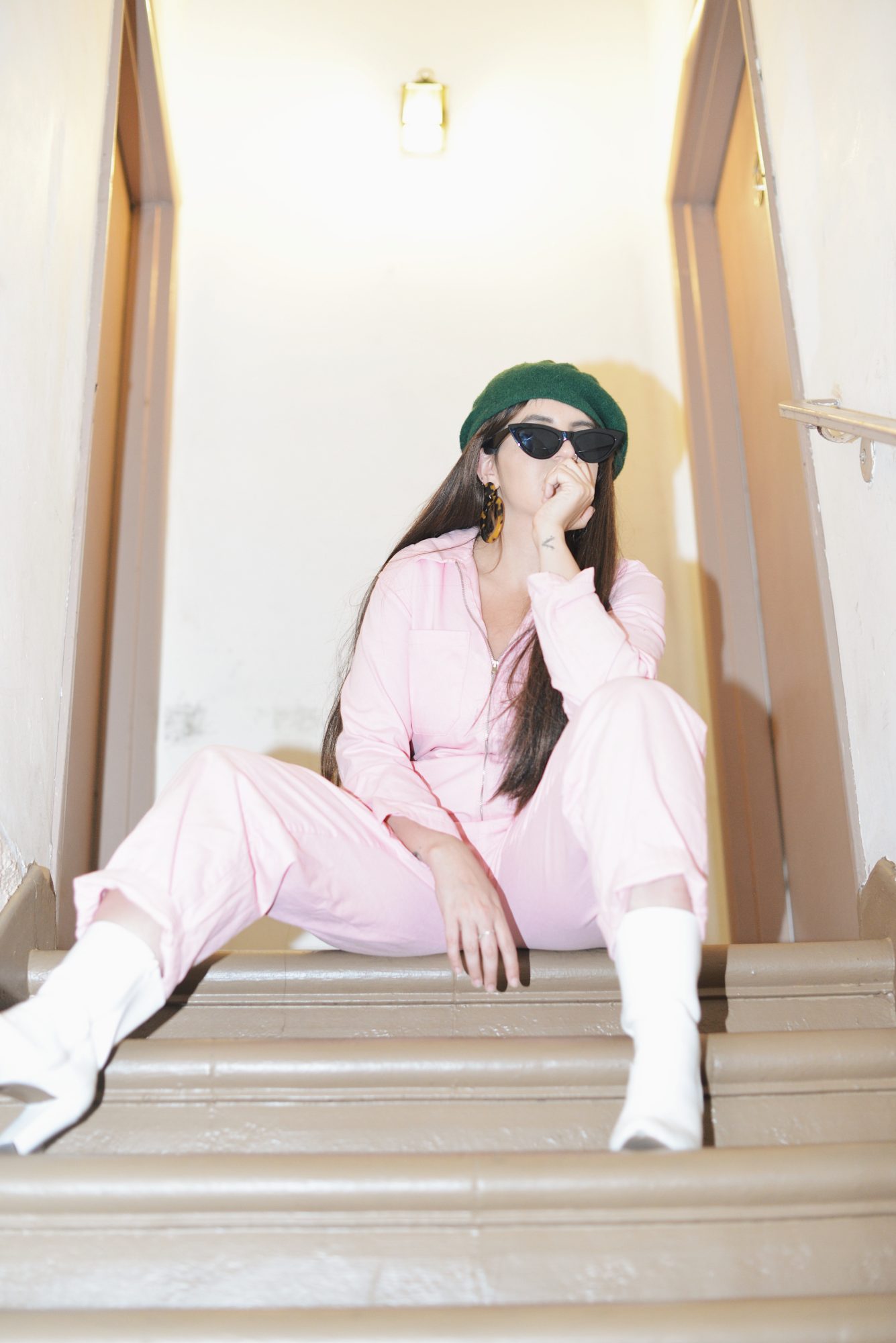 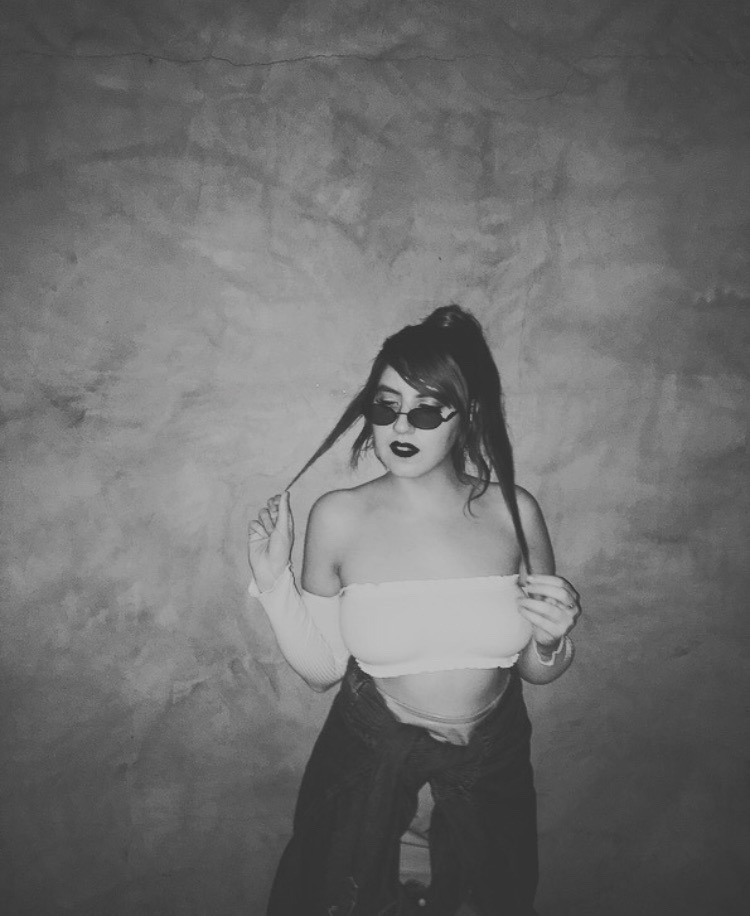 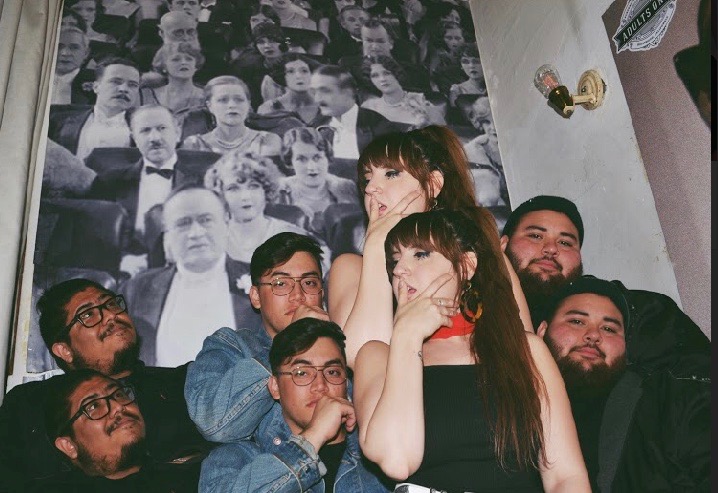