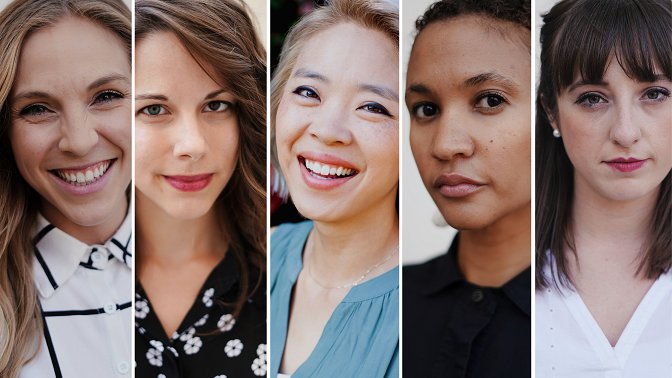 Today, we’d like to introduce you to Brianna Kinsman and Illumine Playback Theatre.

Brianna, please share your story with us. How did you get to where you are today?
So first, let me give you a little background on Playback Theatre. Playback Theatre is a form of improvisational theatre in which members of the audience are prompted to share stories from their lives, and the actors play them back on the spot using movement, dialogue, and music. Playback was originally created in the 1970’s and had since grown into an international community of theatre artists.

I first learned about Playback Theatre during a workshop during undergrad at Taylor University. A few years later, I went on to earn a master’s degree in art, culture, and theology at Fuller Theological Seminary in Pasadena. I decided to form a Playback Theatre troupe as a part of my master’s thesis project to explore the themes I wanted to write about. I gathered a few actor friends, we rehearsed for a few months, held a few performances on the campus, and performed for part of my master thesis presentation. That’s how Illumine began–as a grad school thesis project!

I hadn’t thought much about continuing the troupe after the completion of my degree. However, after the public presentation of my thesis, Illumine was invited to perform at the Culture Care Conference at Fuller the following year, and we were asked to perform on campus several times for chapel services. Each of those performances allowed us to have more visibility — and the invitations kept coming!

Since our initial formation in 2017, we’ve grown from three members to five members (four actors and one musician). Illumine has performed throughout LA and Orange County at conferences, spiritual retreats, worship events, and most recently we performed at the opening of an art show in Pasadena. Before quarantine began, we partnered with a visual artist, Julia Hendrickson, at the opening of her art show ‘A Subtle Hope’ to offer an embodied experience of viewing and interpreting art.

Now we are working on adapting our Playback performances to online spaces, thinking about creating workshops, and dreaming up some other creative projects *to be announced*!

Great, so let’s dig a little deeper into the story – has it been an easy path overall and if not, what were the challenges you’ve had to overcome?
Well, the pandemic certainly presented a huge challenge to us! Like many other performance artists, we had to cancel performances that were scheduled in early spring right when quarantine began in LA. But now we are working on adapting this unique form of theatre to an online performances, and that presents its own set of new challenges. We’re used to leaning on physicality, movement, conversation, live music, and audience feedback. Feeling the room, you know? These aren’t impossible things to achieve in an online space, but it’s not the same. I see this time giving our troupe the opportunity to test the limits of this art form and to think about how we can care for people by offering a space to share and process our lived experience during a year that has been hard on everyone.

In my role as the conductor (the conductor in Playback Theatre is the person leading the flow of each performance, talking to audience members, and giving cues to the actors), I think the biggest obstacle, or lesson, was and still is, learning how to lead and how to trust myself as a leader. When we began rehearsing in 2017, I had never directed a Playback troupe before, and I was working with actors who had never seen or heard of Playback Theatre. Yet there I was leaping into something new and asking a few friends to leap into the unknown with me! It was a learning-how-to-swim-by-jumping-in process of figuring out how to communicate and teach clearly, how to plan rehearsals (I planned way too much at first!) and how to conduct performances. To this day, I am continually learning to listen to my instincts in making decisions and offering direction.

And further on the topic of trust — we engage in earning the trust of the audience/community in each of our performances. People sometimes give a side-eye to improv, not to mention “audience participation”! When we perform for a new audience, we know that people might feel hesitant or critical at first. But the thing about Playback is that it is simple, honest, and playful form of theatre. It isn’t about the performers or being clever with a scene. Every scene of Playback Theatre is always about the storyteller. At the end of a Playback scene, the actors never bow; instead they extend their hands to the person who shared their story in gratitude. On several occasions, people have come up to us after a performance and said something like, “I wasn’t sure about this at first, but what you guys did is so different from anything I’ve seen! I’m so glad I came!”

Please tell us about Illumine Playback Theatre.
Illumine is a Playback Theatre troupe composed of five women in Pasadena. Playback Theatre is a form of improvisational theatre in which members of the audience share stories from their lives and watch actors retell them on the spot using movement, dialogue, and music. Our troupe’s intention is to form spaces where living conversations can take place, where audience members feel welcome to share honestly about the triumphs and pains of life, and where the language of our conversations is spoken through deep listening and empathy.

Every Playback Troupe is unique and is shaped not only by the troupe members but also by the larger community/neighborhood that it grows out of and engages. Illumine was formed by and out of a spiritual and academic community. Therefore, our take on Playback is shaped by our liturgical background, so we weave elements of spiritual practices, breathwork, prayer, and meditation into the Playback method into our rehearsals and performances.

The word “illumine” means “to throw light on.” We chose Illumine as our name because we see each performance as an opportunity to shed light on the stories that people share and to offer a path toward healing of body, mind, memory, and spirit collectively and individually. Our performances feel more like rehearsals for life. When the day-to-day stories of the people sitting next to you are played out before your eyes, perhaps you too will begin to discover that your life is not that far from theirs.

Is there a characteristic or quality that you feel is essential to success?
Another factor that makes us unique is that we are an all-female troupe! That wasn’t necessarily purposeful, but it’s the result of who has come along and been willing to offer their talent and time. I’m beyond grateful for these women–their friendship, honesty, artistry, humor, open heart, and emotional intelligence define the qualities and strength of this troupe. I feel that these qualities that each member expresses in her own way are important to what we offer. It’s by living out honest stories ourselves that we are able to invite others to share their honest stories. I’m honored to work alongside such women! 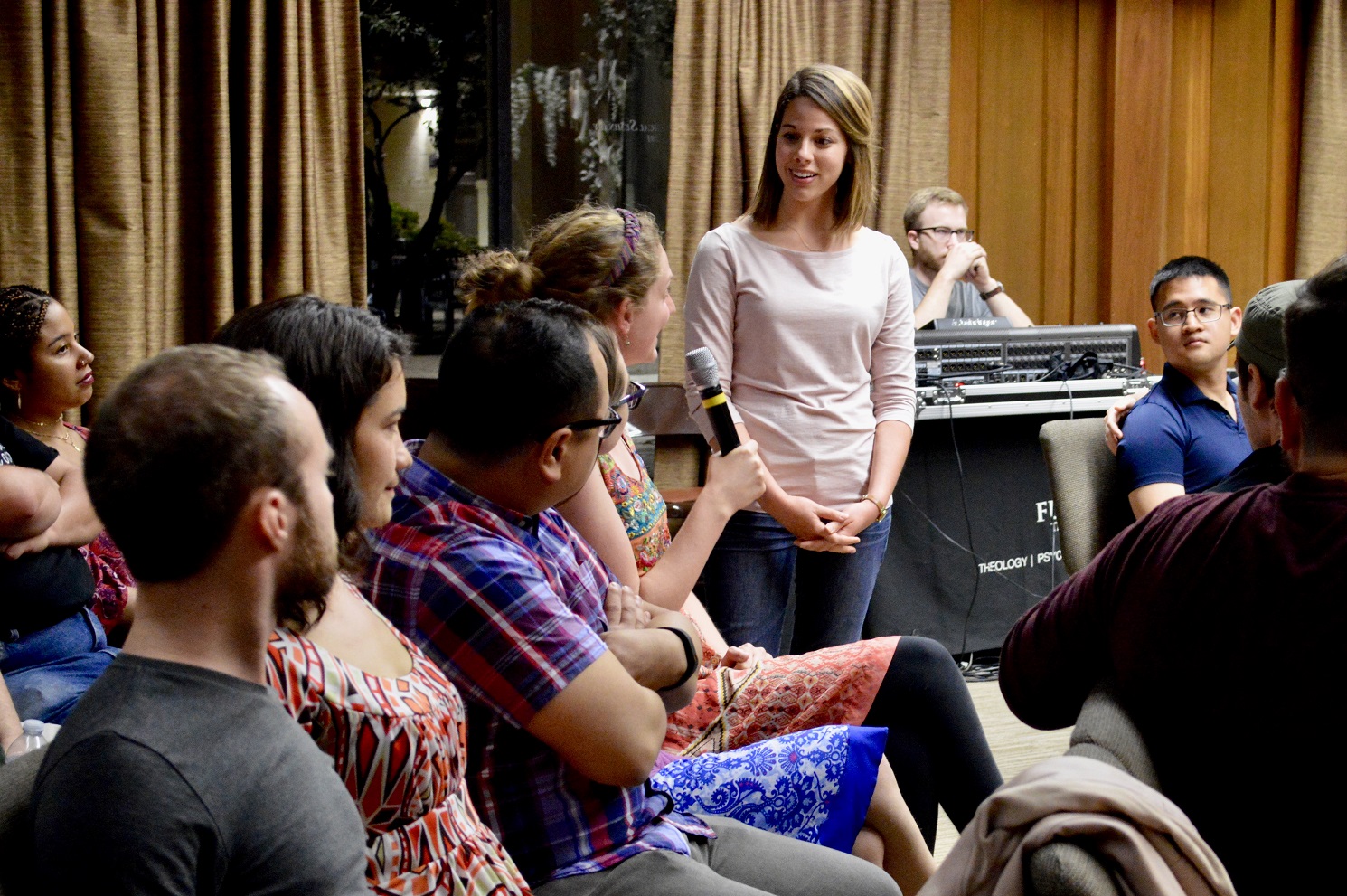 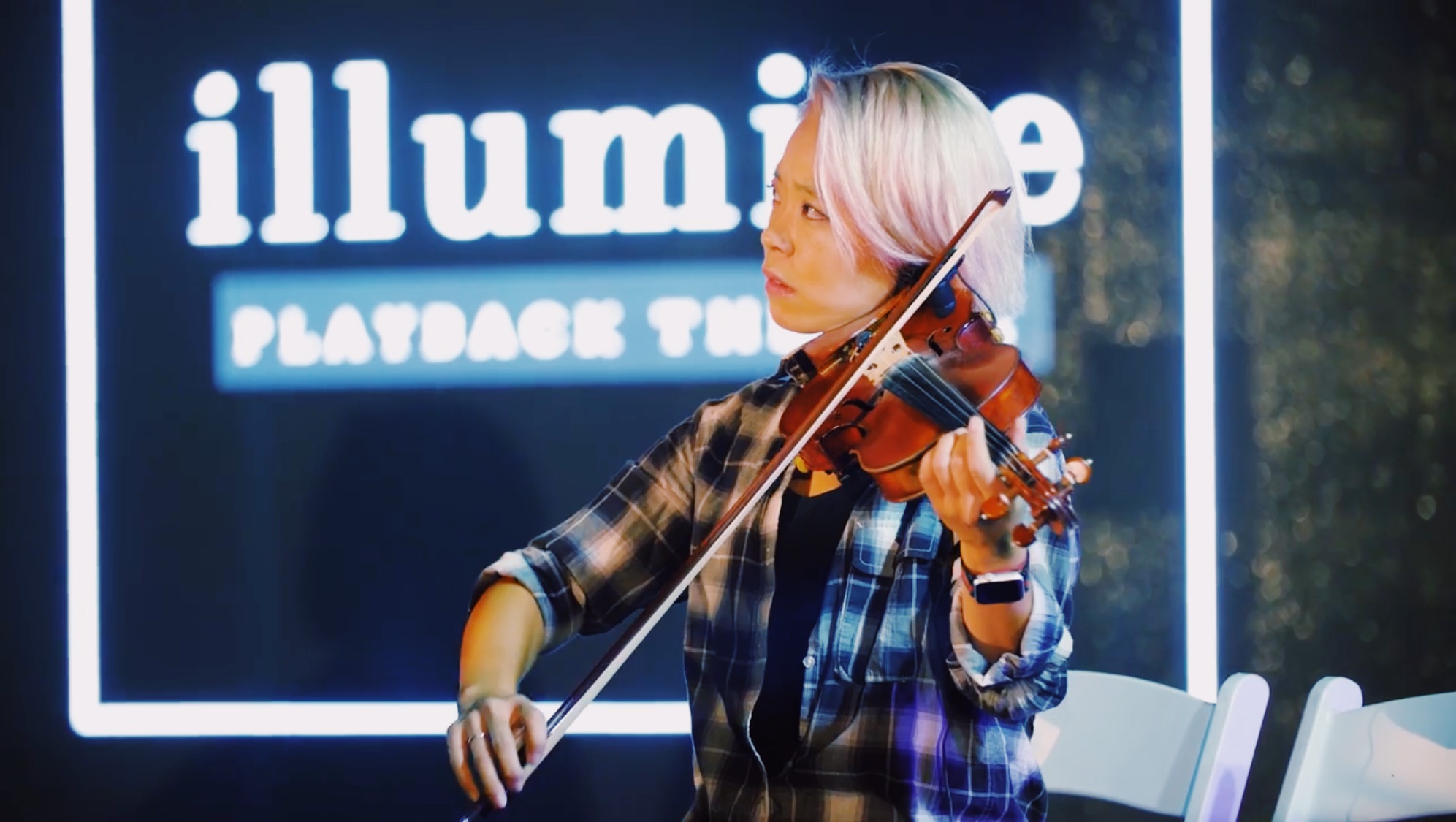 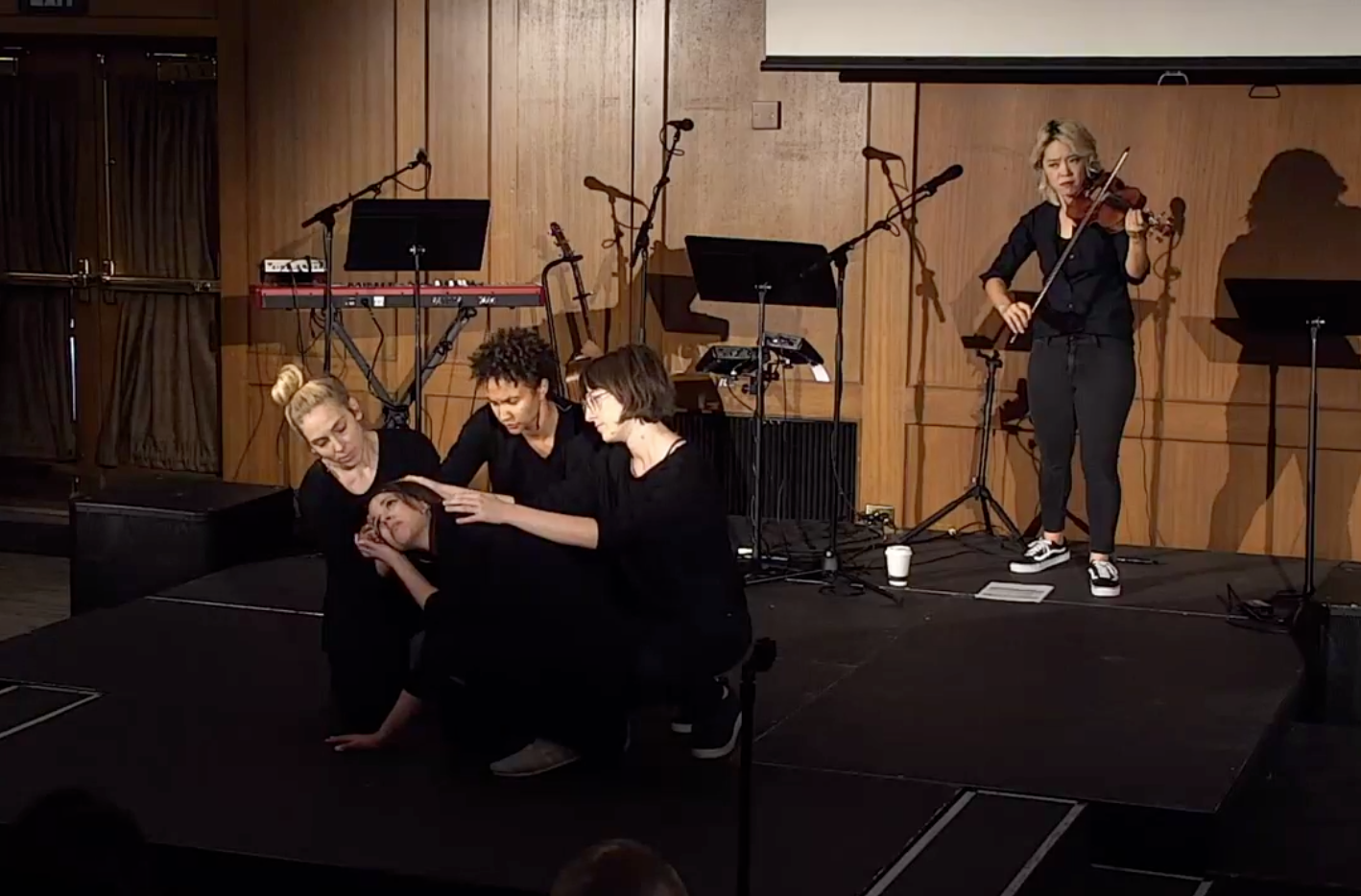 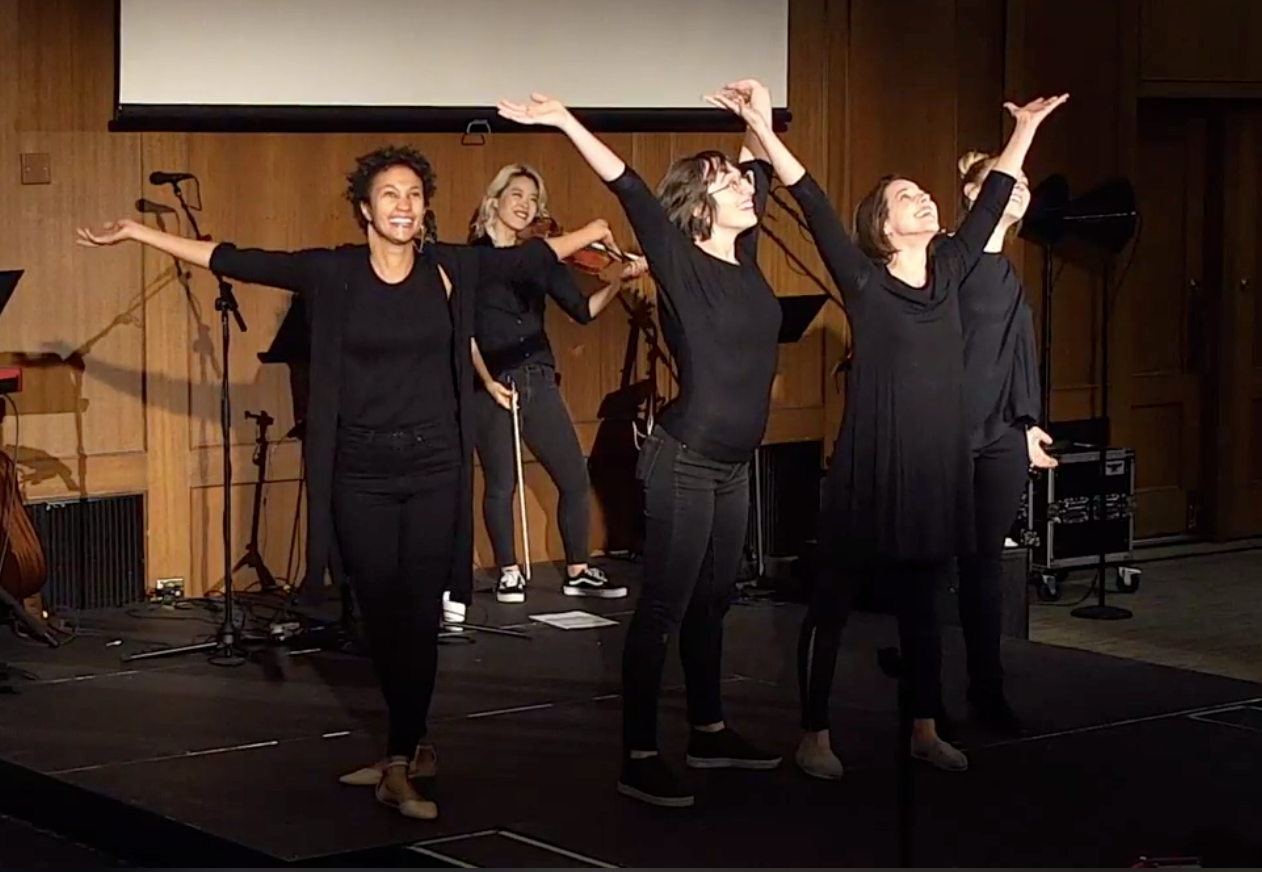 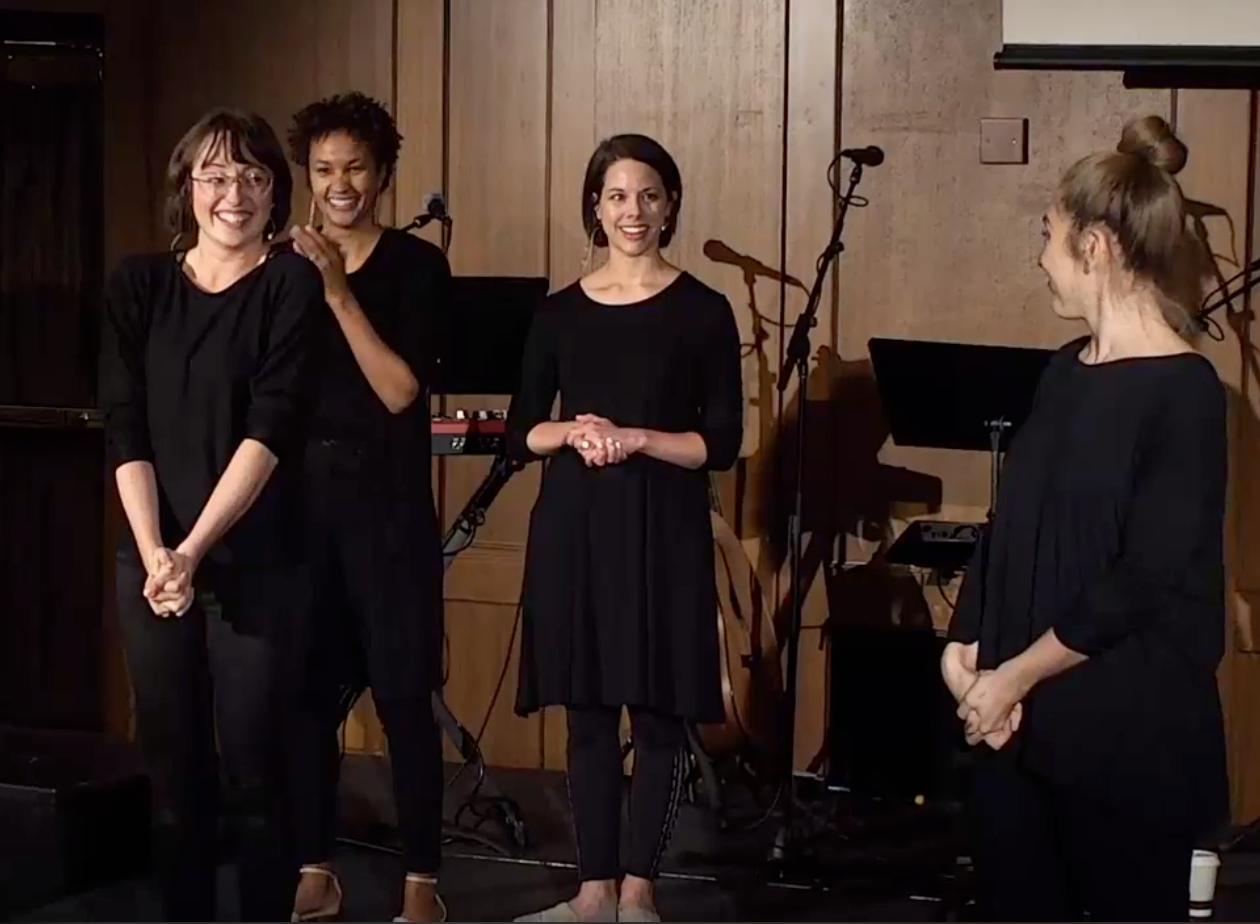 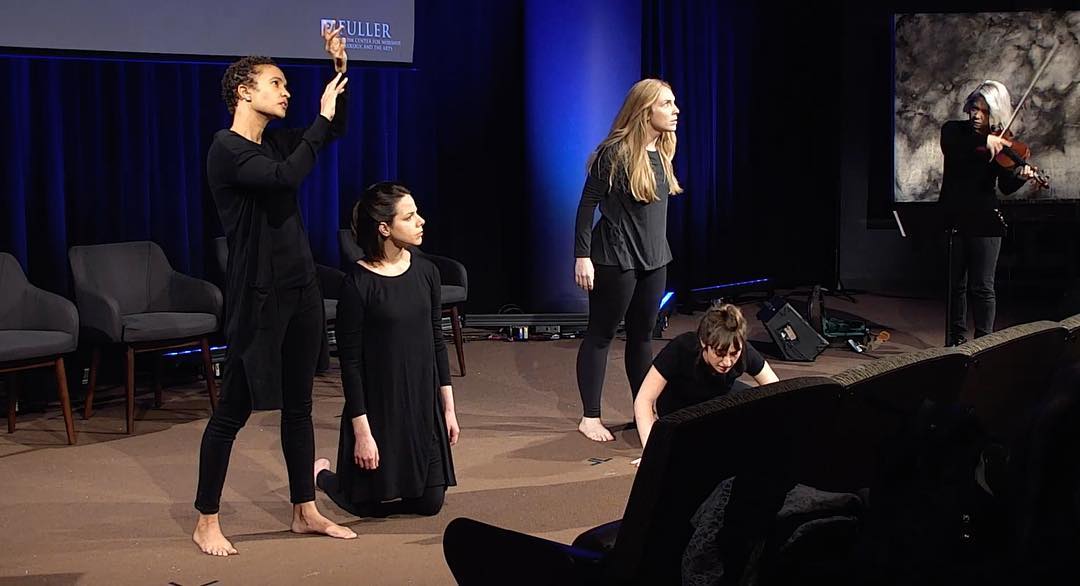 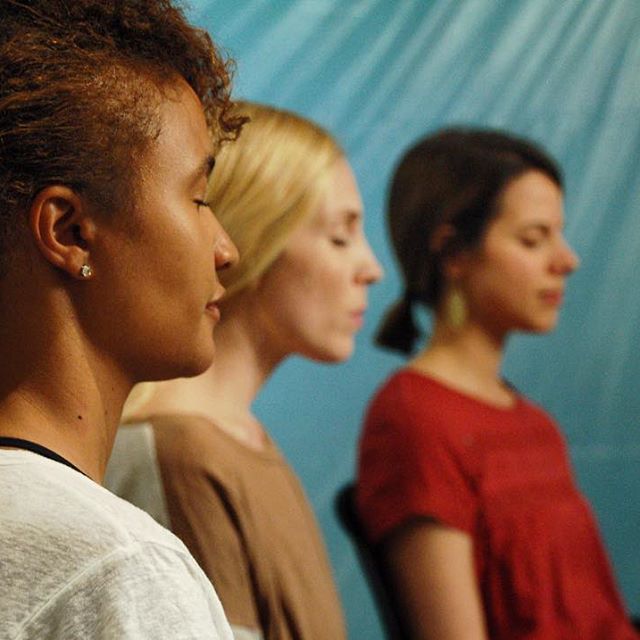 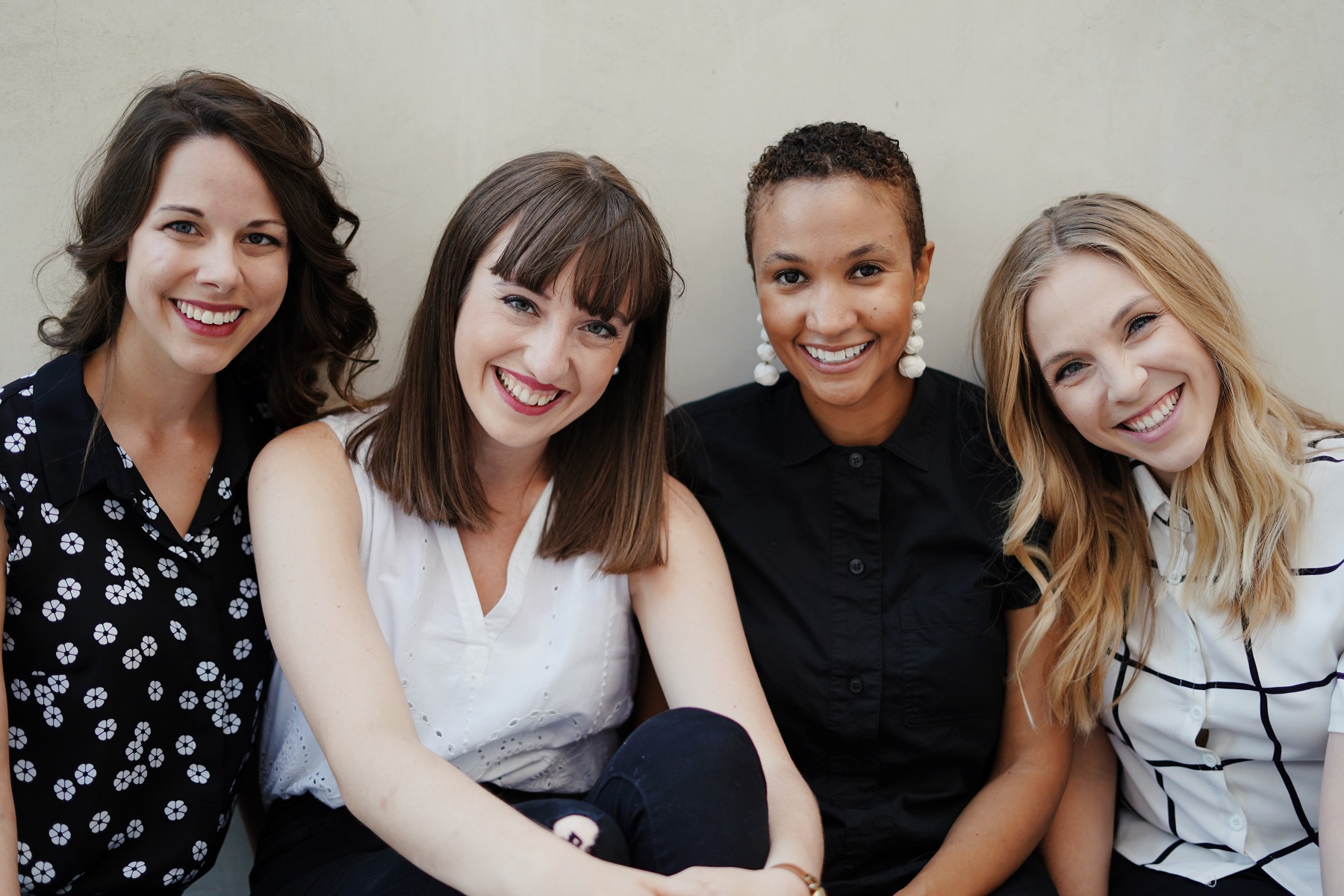