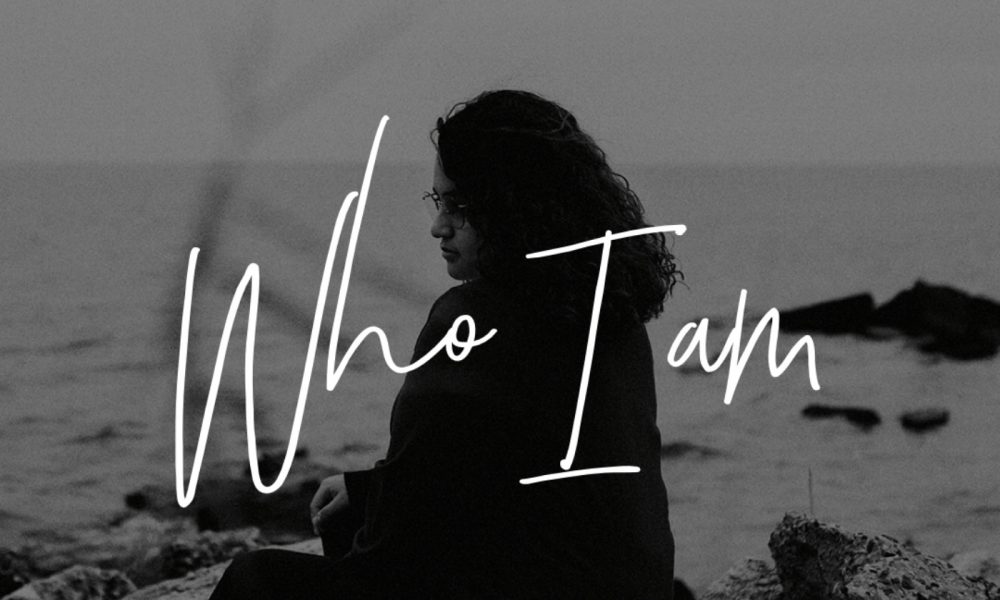 Today we’d like to introduce you to Brianna Eliz.

Thanks for sharing your story with us Brianna. So, let’s start at the beginning and we can move on from there.
I have been singing since before I could speak (according to what my mom says). Music has always been something I was interested in. When I was 5-6 years old, I kept telling my family that I was going to California to be a Pop Star! As a kid, I’d care more for the music rather than the cartoons. In elementary school is where I found out that singing was more than a hobby. My teachers were blown away, they signed me up for NYSSMA. It’s a program that evaluates musicians from elementary-high school and if you pass, you perform with the top 200 singers in your county. I started in 4th grade and ended in my junior year of high school. I participated in anything that would let me sing on stage. I starred in all my middle school musicals. I always sang for the hispanic heritage month assemblies in high school. I even studied music for my short time in college.

After high school, I kind of just gave up on being a performer. I felt that high school was my backbone and constantly wanted me to sing but in college YOU have to want to do it, they don’t push you. So I just stopped singing for a while. Then a friend of mine, Sammy Nino who is a very talented musician came to me one day and said “Brianna, your voice is great and I think you should start releasing music. And I’m going to help you”. And that’s where it really began. We started writing/recording in July 2019, did a few open mics here and there. Then “Who I Am” was born. We released my single in February 2020 and it has honestly changed my life. The support I received from my community whether it were friends, old classmates, even teachers who I hadn’t spoken to in years, congratulated me and believed in me. It was a surreal moment and I can’t wait for what’s next!

Has it been a smooth road?
It was definitely not a smooth road. I am a very tough critic on myself, so nothing has ever felt enough for me. Before July, I had never recorded professionally in my life. So hearing myself in that way was weird and my insecurities were coming out. I struggle with anxiety, so breaking out my “norm” to record scared me. I was also not a songwriter. I was never able to transform my words into lyrics. I enjoyed writing stories because you can be as descriptive as you want, with songs you need to keep it very light but descriptive enough to get your point across. Overall, I just felt very unprepared to create a song. The song really speaks on my anxiety and how it holds me back but, it also talks about how I want to overcome it and be better. As a singer, you feel that you can always do better than what you’re giving and that’s how I felt throughout the songwriting/recording process. I felt as if I had nothing to offer or bring to the table. And I didn’t want Sammy to be disappointed in me since he’s the one putting in all of this work and time into it. Then financially, I wasn’t very stable. I was working 3-4 days a week at a sneaker store getting paid minimum wage at the time. I had bills to pay and other life necessities. So, I didn’t have the money I needed to pay for the song to move forward. And I didn’t feel right not paying, while he was working hours on this one song. So we stopped production until I felt stable. We didn’t get back to work until October 2019 I believe.

Can you give our readers some background on your music?
I am singer. I have released one song so far. Quarantine has definitely backtracked a lot of plans I had for the release of my next single and EP, but I know it will work out. Who I Am did extremely well in my opinion. So many people reached out to me stating how much they related to the song and how they felt they finally had a voice in music. Music nowadays can be kind of superficial. There’s little to no substance, but there’s an awesome beat so it sells. I feel my purpose in this industry is to tell my story as much as I can. I want to be open and honest with my listeners. When releasing ‘Who I Am’ I was extremely nervous, I felt very vulnerable because everyone now has access to a part of my life, I tend to keep to myself. But the outpouring of love and support I received was incredible. I got messages from strangers and friends telling me how the song applied to their life and why it meant so much to them. One friend told me “You were born to do this. I am so proud of you!” I was in tears. I felt so accomplished and full. So my goal is to be as authentic as possible, and tell my story because someone may be going through the same thing.

So, what’s next? Any big plans?
I will be releasing a new single soon, hopefully it will be out by the end of May. And after that, I hope to release my EP. Due to the circumstances, we are all in right now, we haven’t been able to record. I have been writing songs like crazy though. Once this quarantine is over, I promise you I will be running to the studio to record and finish up the EP. I am super excited for the release of my next single, as of right now it’s my favorite. I am just so ready and anxious to release more content. There’s a certain rush you feel when you’re recording, that makes you constantly wanting to release more. I am hoping my EP will be ready and out by the end of 2020, but as we all know life comes at you fast. So I am just going for as soon as I possibly can! 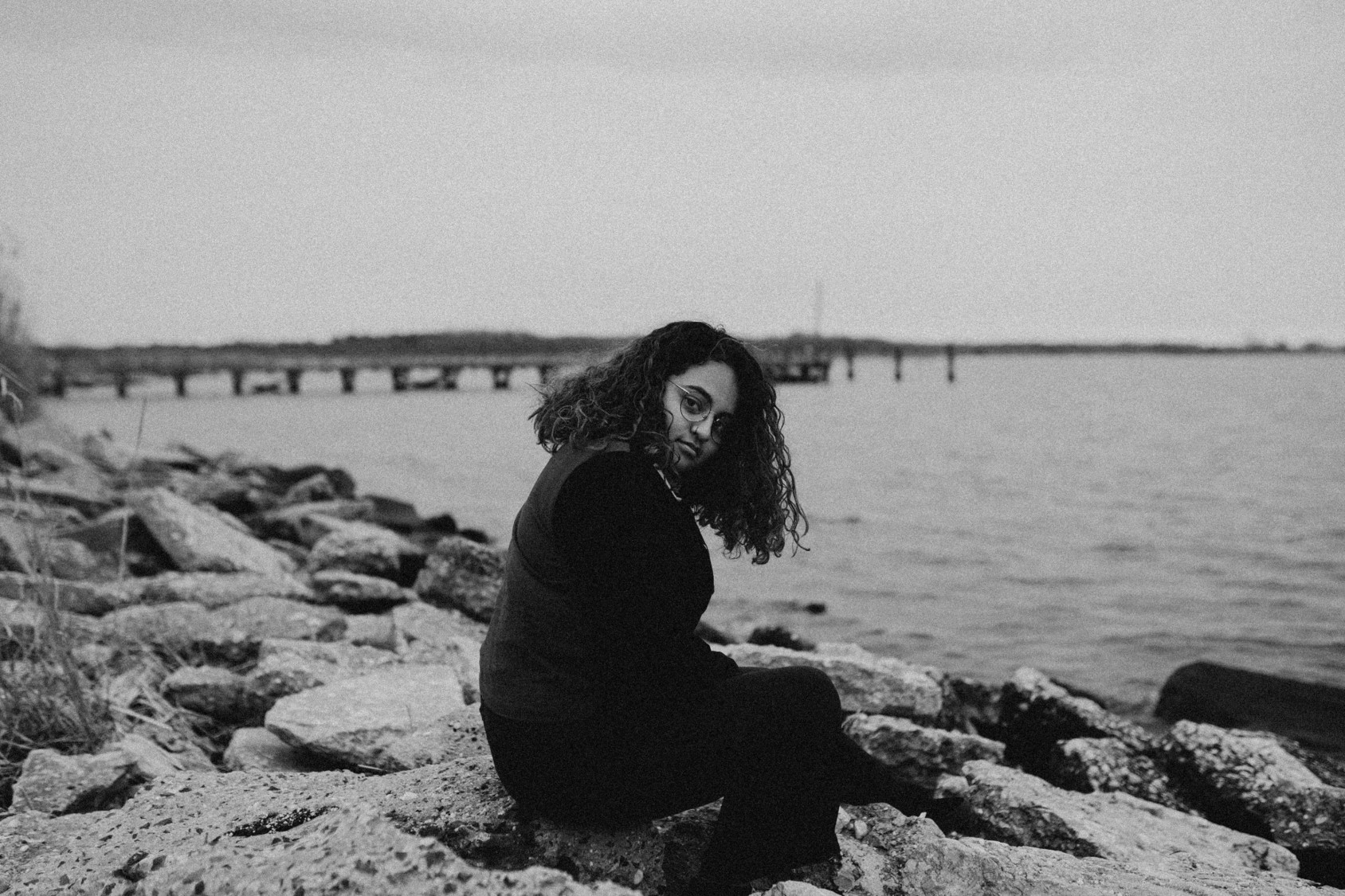 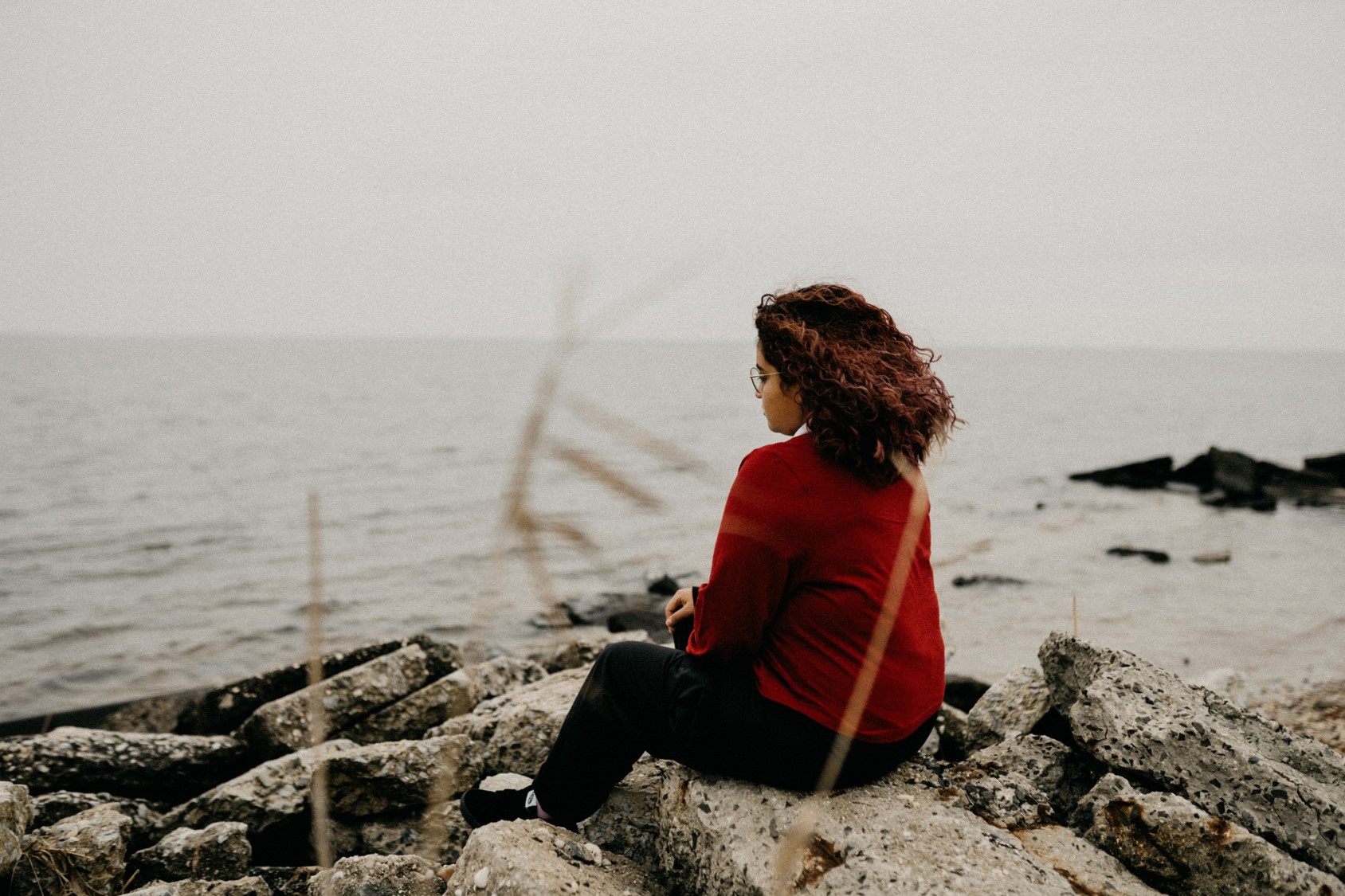 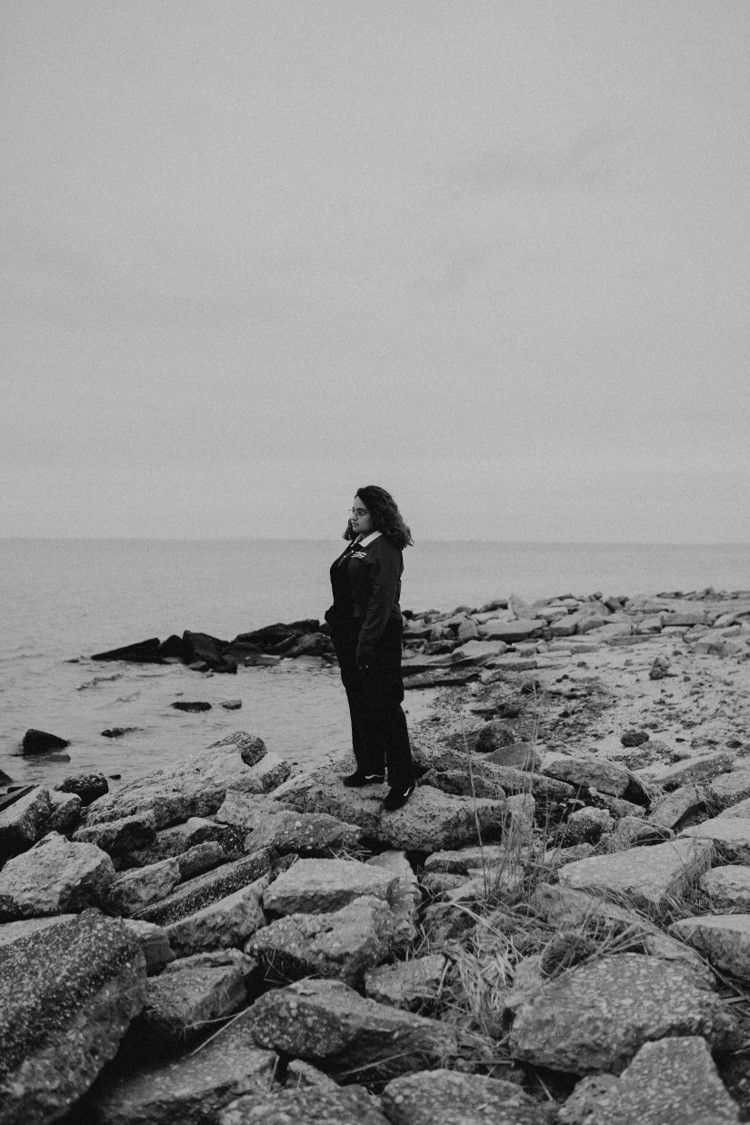 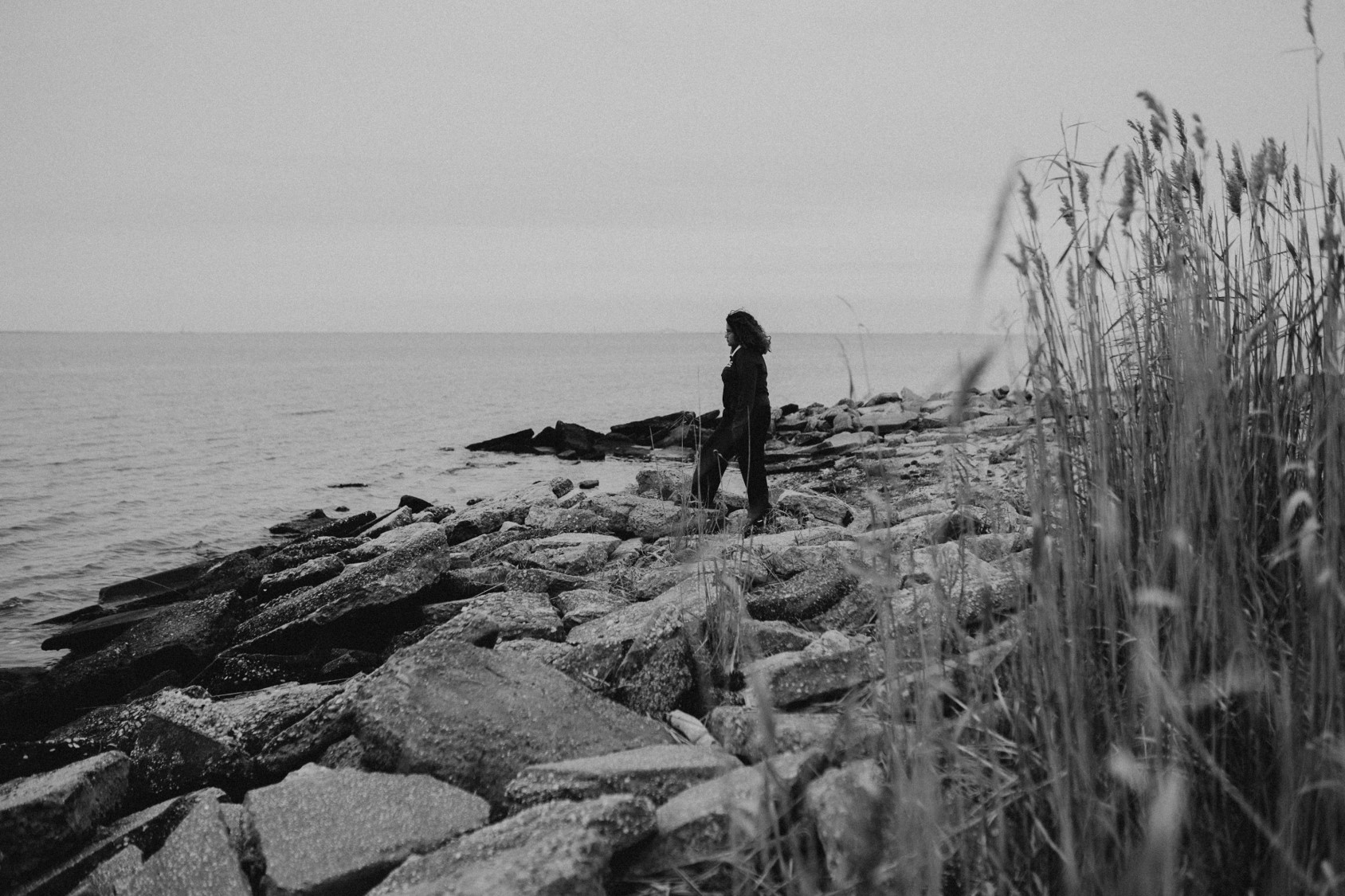