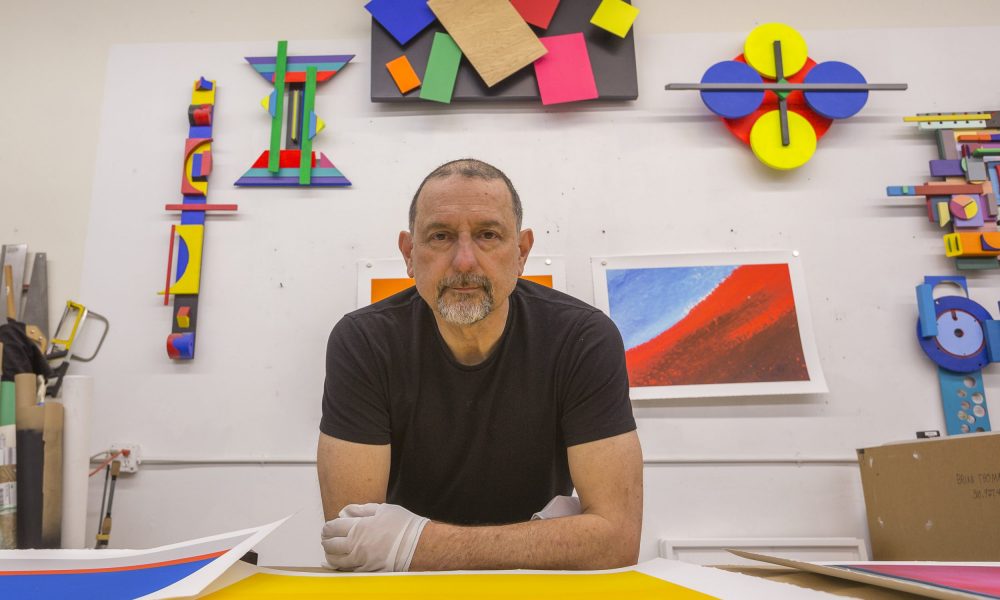 Today we’d like to introduce you to Brian Thomas Jones.

Brian, please share your story with us. How did you get to where you are today?
I’ve always been a maker. When I was a kid, I was always building things. My family didn’t have much money, so I was always figuring out how to make something myself we couldn’t afford to buy. I’m still doing that, although now I call it sculpture. [laughs] I came to photography backwards.

When I was in junior high there, I saw a little darkroom kit in the Sears catalog I was curious about. I saved up from my paper route and bought it. There was a place under the basement stairs. I could get dark enough to develop film and make prints. Once I saw the image start to form in that tray of chemicals I was hooked. I was using the family Kodak Instamatic to shoot with, and it was very limited in what it could do. So I had to get a better camera. The enlarger was basically a toy, so I had to get a better enlarger. And on and on. My mom said, “Wouldn’t you know the hobby you stuck with was the most expensive!” True that!

In high school, I worked on the yearbook and the school paper. One summer I was knocking on doors trying to get a job in a photo studio. After a lot of “no’s” one guy finally looked at my portfolio and hired me part-time. I was printing in his black and white lab, coming full circle.

Over the years, I’ve worked shooting weddings, doing PR, photojournalism, advertising. But I was always shooting personal work for myself too. My day job is photographing architecture and interiors as a commercial specialty.

When the recession hit in 2008, I thought “When the going gets tough, the tough go back to school.” I went to Claremont Graduate University to get my MFA so I would be able to teach. It was a great experience. They have the best shop of all the universities around here. That’s where I got to really explore installation and more conceptual art forms. I really miss that place. CGU has a number of galleries and spaces to show work and experiment. Now it’s really hard to find a venue outside of school just to play.

Early on, I fell in love with filmmaking too. I went to NYU film school, worked in film production a number of years, and directed a few low-budget genre films. Two of them even had short theatrical runs in grindhouse theaters in Times Square! I actually have a little cult following around the world for one of my films. A horror film, “The Rejuvenator.” That’s why some of my sculpture and installations have a theatrical quality. I like spectacle.

Has it been a smooth road?
The biggest challenge has always been money. Or lack thereof. I don’t have the temperament for the corporate world. You could say I’m quite opinionated. That doesn’t go over very well in a corporate environment.

So… since I was twenty, I’ve always worked as a freelancer. It’s tough but most artists I know freelance in one way or another, so it’s a common struggle.

We’d love to hear more about what you do.
My practice includes photography, sculpture, and installation. Each medium is heavily influenced by architecture. Right now, I’m working on a series of photographs I call “Transitions.” These are images made by selecting small areas of architectural structures and photographing them in an abstracted context.

From there, I make very large inkjet prints on watercolor paper. When the viewer stands at a distance, the works have a painterly quality. Approaching the work it takes on the appearance of a print, like a serigraph. Finally, on close inspection the image is revealed to be a photograph. An ongoing body of my sculptural works are the “Aggregations.” They’re 3D wall hangings made from wood.

I’ll take different wood discards from a variety of sources and create an assemblage. Each assembled piece is then painted. The palette for these is taken from the color combinations I see driving around L.A. Some are harmonious, some are dissonant. When juxtaposed the combos can create an interesting conversation.

I’m very interested in power dynamics. Physical and metaphysical. Personal and political. Aspects of these dynamics find their way into my installations, usually with a theatrical quality as I mentioned earlier.

Let’s touch on your thoughts about our city – what do you like the most and the least?
Likes:
The overwhelming visual stimuli. The diversity of cultures. Ethnic food. Great dive bars. The fact that you can go skiing in the morning and have dinner at the beach in the evening. And of course, the weather!

Dislikes:
Traffic. Traffic and traffic! Trying to park downtown. It takes so long to get anywhere, and it seems like everything is so far away from everywhere else. Too many Starbucks, 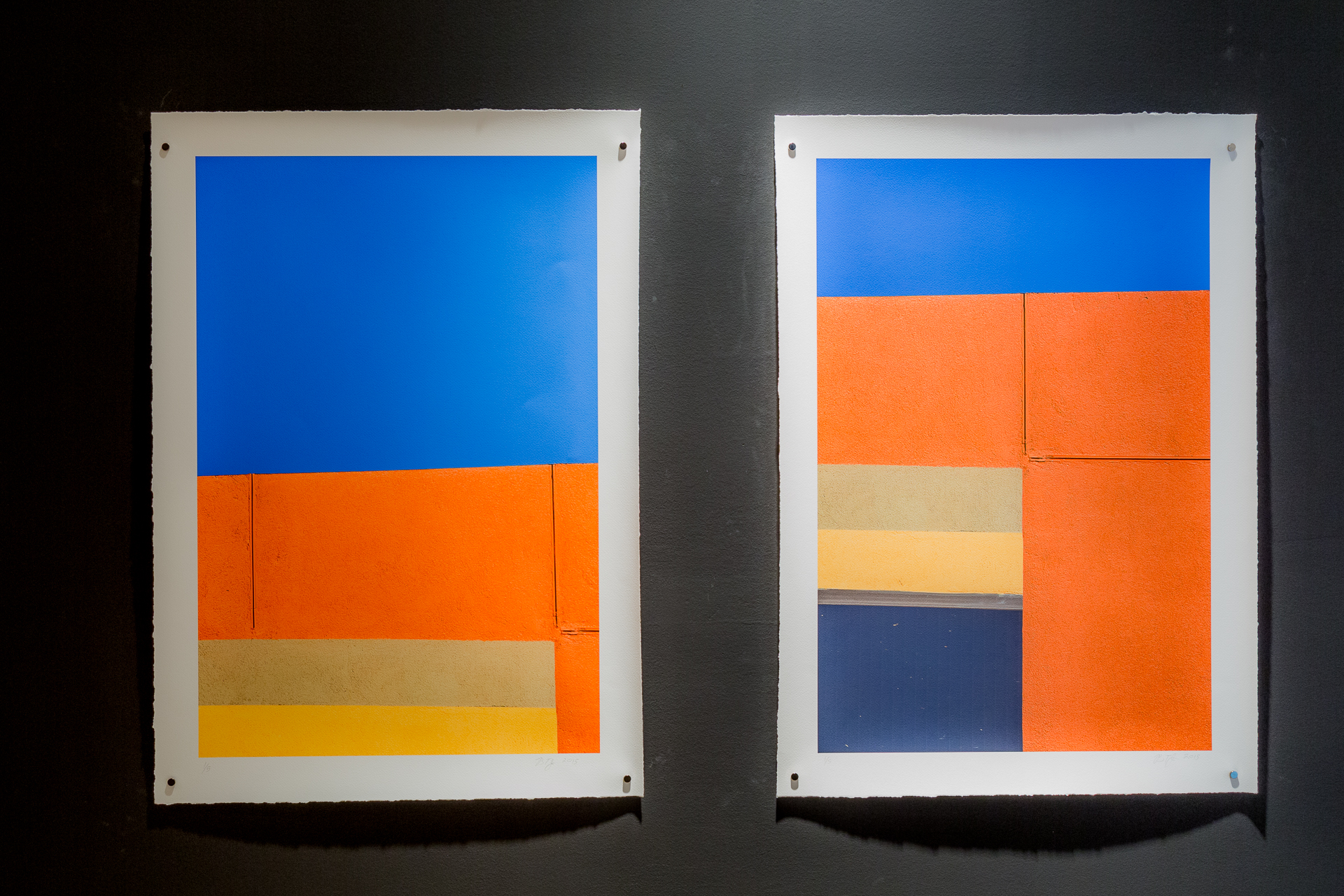 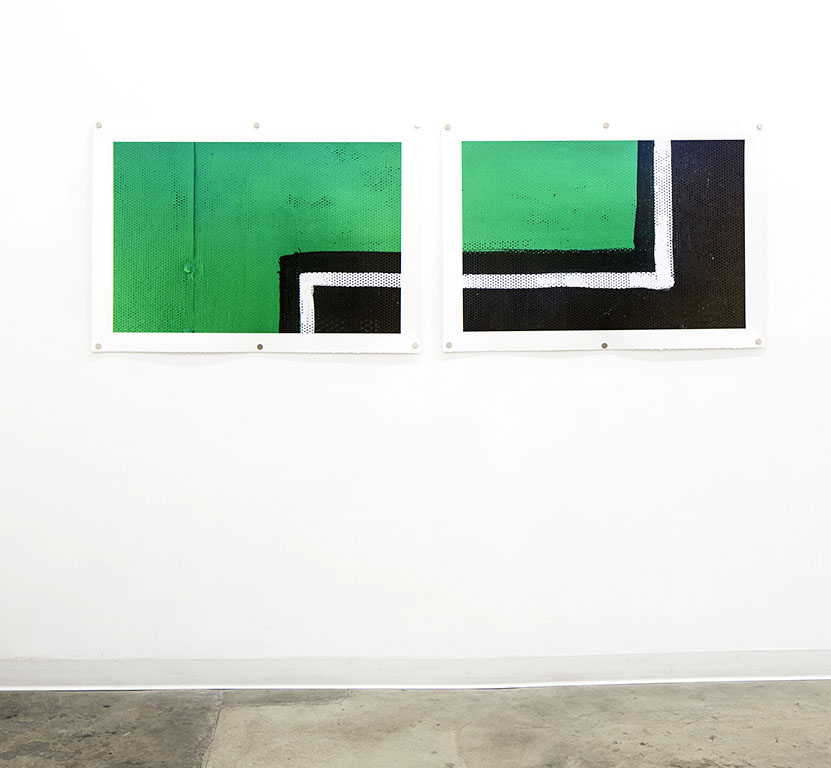 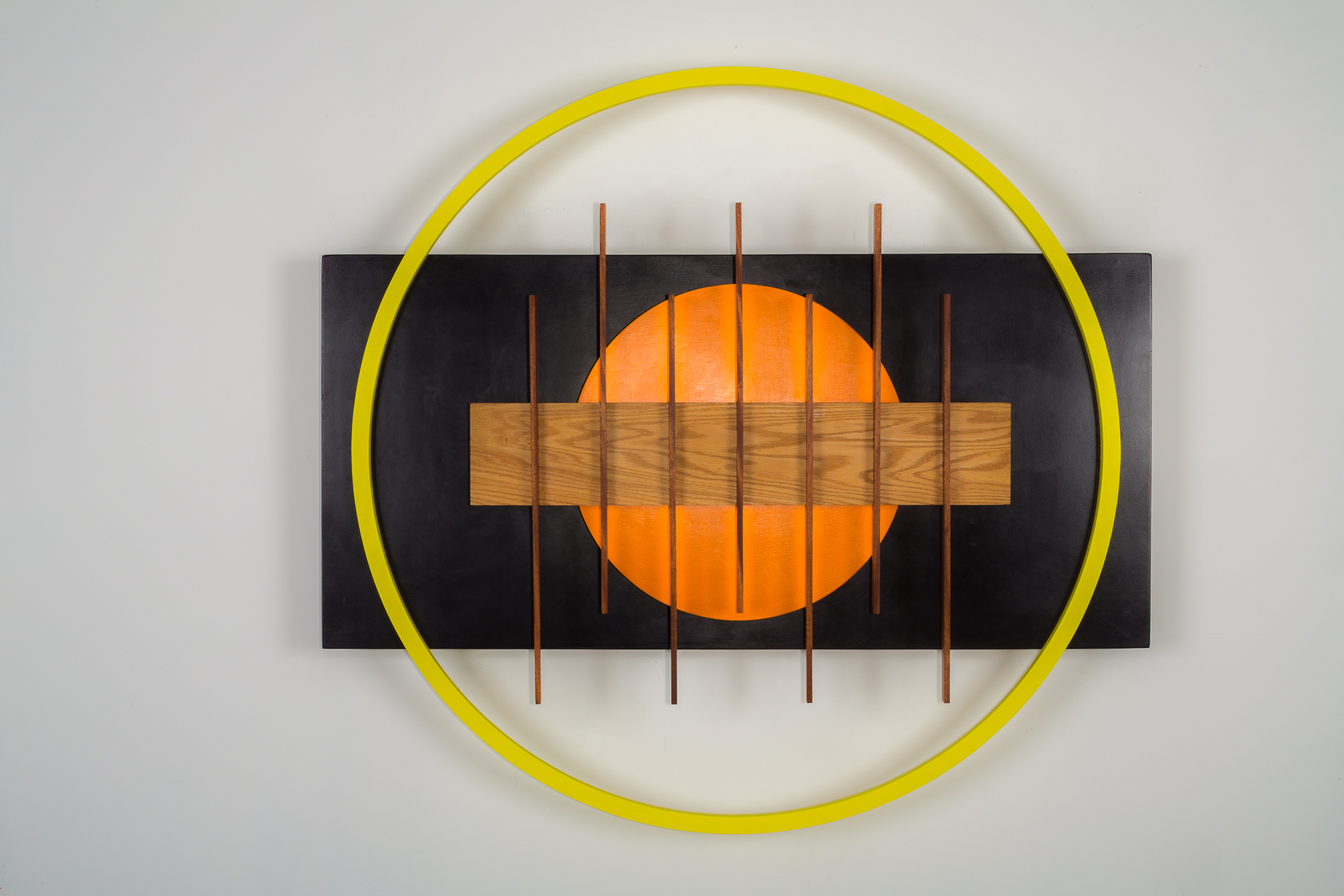 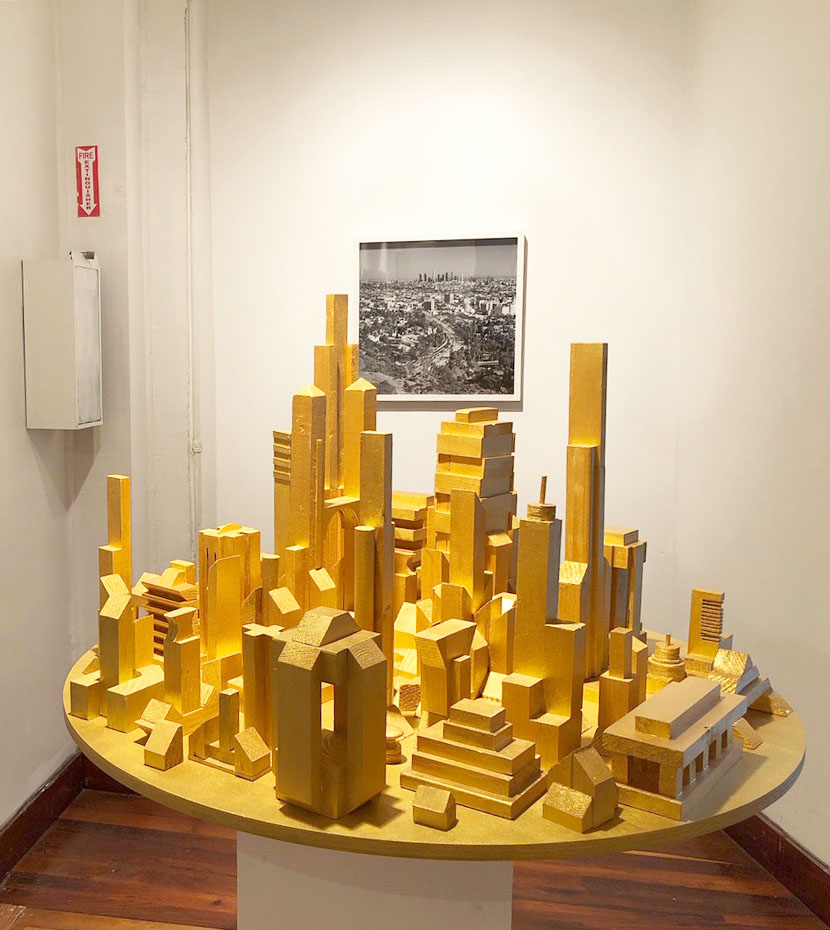 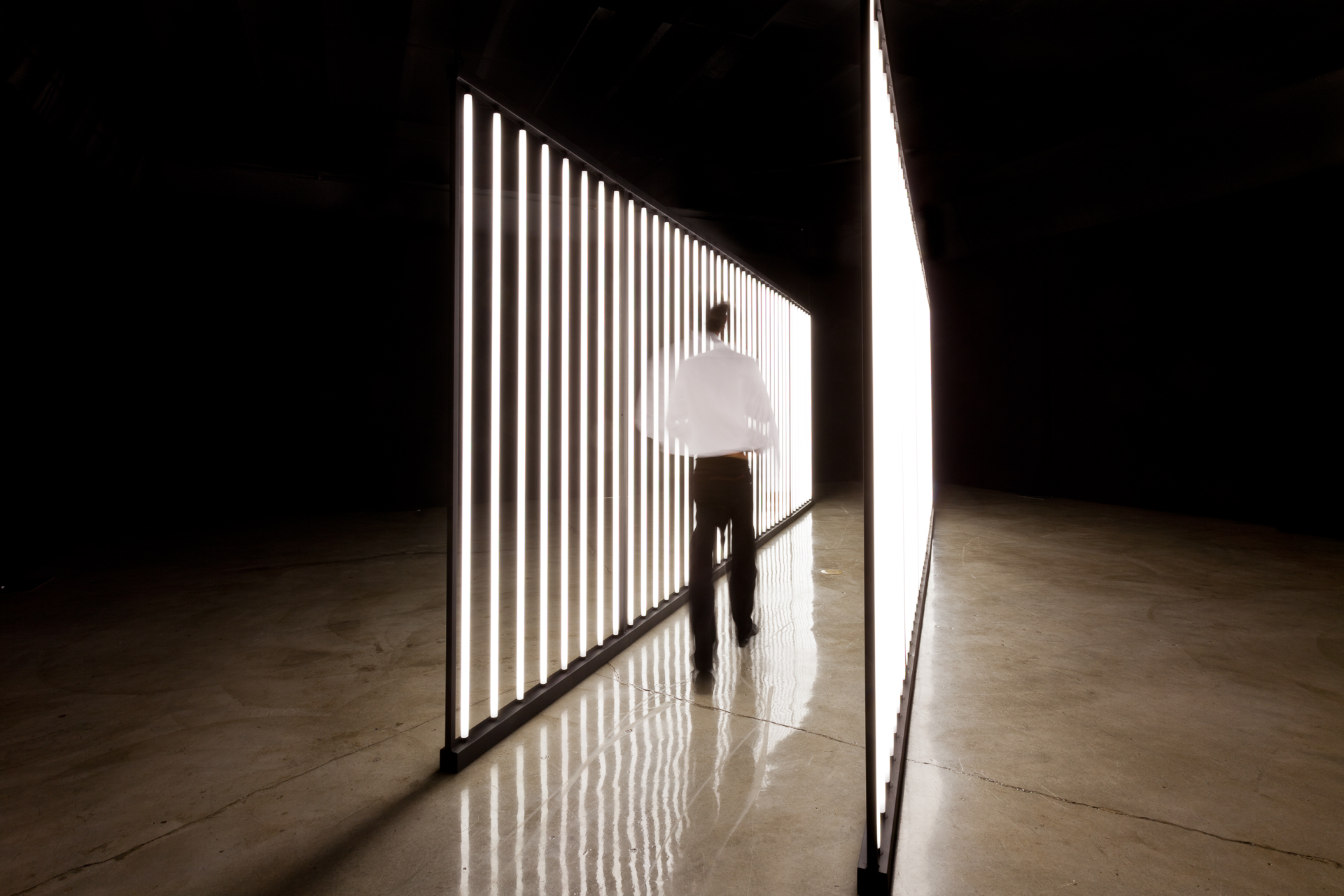 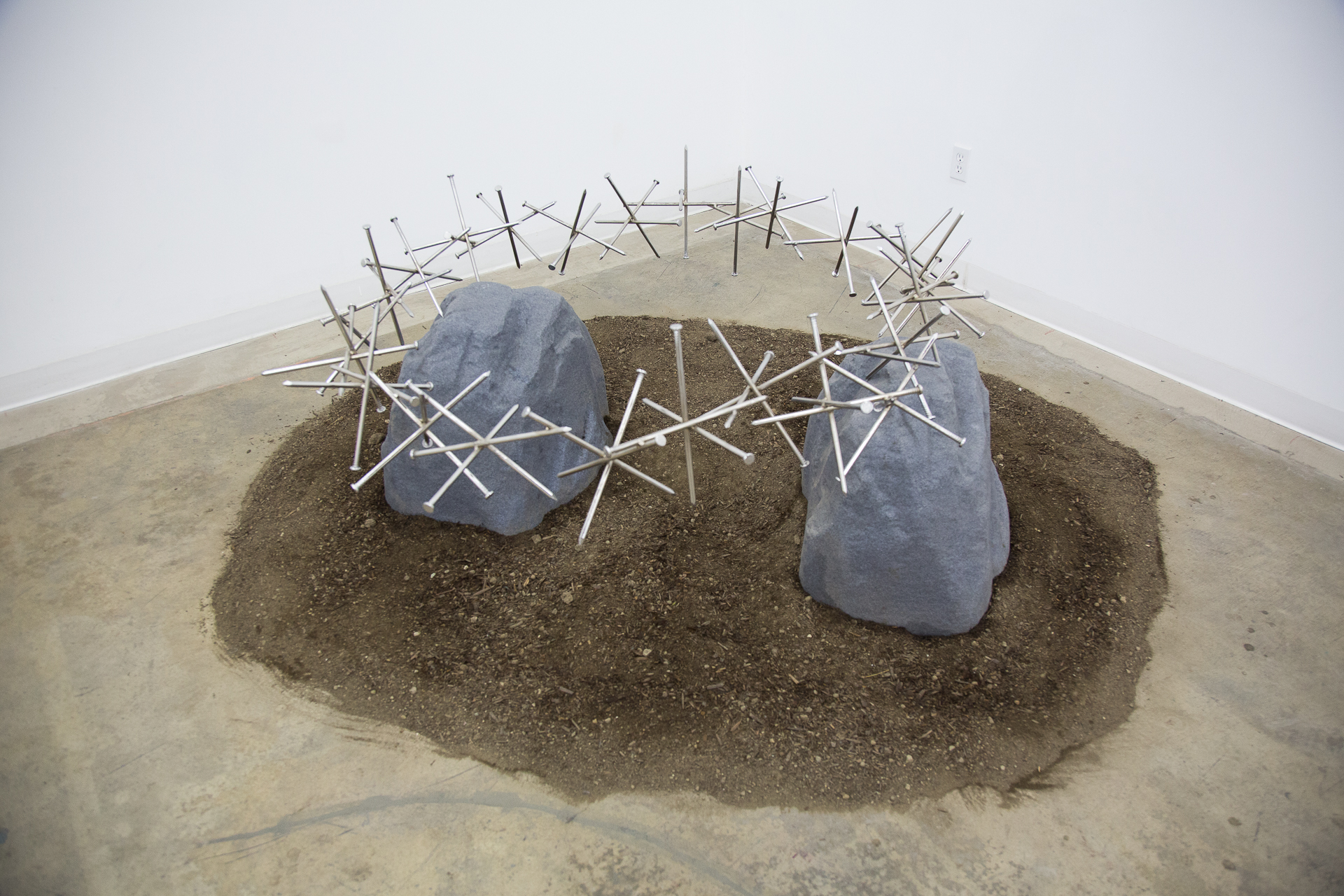