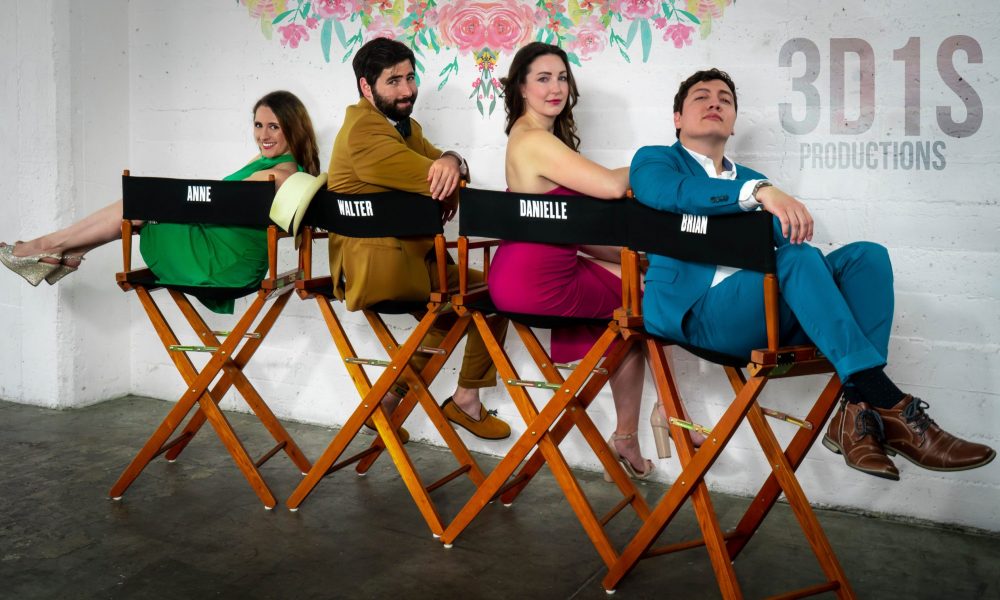 Today we’d like to introduce you to Brian Larios.

Brian, before we jump into specific questions about your work, why don’t you give us some details about you and your story.
It all started in a very traditional fashion. I went to college and received my bachelor’s degree in computer software engineering. I landed a nice corporate job. The adult life seemed to be working out well for me until it didn’t. I noticed that it was becoming more difficult to wake up in the morning; staying motivated throughout my day was becoming very challenging. I’m not a big coffee person, so I didn’t even have that to keep me going. Things kept getting worse until I finally realized, something wasn’t quite right. On paper, I had the “ideal life.” Shouldn’t I be happy?

Spoiler alert: I wasn’t happy. That question was the catalyst and the beginning of the journey that I was about to embark upon.

Acknowledging the problem was step number one for me, although it took me longer than I would be proud to admit since I’m a bit stubborn. Plus, I was younger, so I wasn’t as mature as I would’ve wanted to be. (I say that as if I were this mature, well-put-together man… spoiler alert: I’m not. Anyway, back to the story.) I knew something needed to change, but I wasn’t sure what. I tried many things, but nothing quite stuck.

Growing up my dad had this “fancy” canon camera, I remember asking him if I could use it, he would always say it was too expensive for me to play around with it. He did, however, let me use other less expensive cameras, I even remember a small watch that had a built-in camera, it would record black and white video and it could only hold up to 30 seconds of footage, I know it’s not impressive for today’s standards, but back in the late 90s it was James Bond-level gadget (I must be getting old, Did I just defended a piece of tech from the past?). I started to play around with it, filming stories, documenting my life, and just like that my love for acting was born; I would put myself in front of the camera every chance I had. My friends were so fed up with me constantly saying I wanted to become an actor.

I guess the universe has weird ways of reminding you of what you want. I came across a web ad for an actors’ showcase in LA. (Wait a minute… now that I think about it, maybe it wasn’t the Universe? Maybe Siri is in fact always listening and I was just the target of marketing and a clear violation of my privacy? Nah, if that were the case, I would be getting ads for therapy, not acting.)

Fast forward to me attending the showcase at the Hollywood Roosevelt Hotel. It was three intense days of training, meeting new artists, and good food. The last night, we performed in front of talent agencies who were looking for new talent – the fresh new face for Hollywood. I was lucky and it is there I found my manager and agent, German Morales with MGMT Artists. I had been discovered! Life was good again. Happiness, here I come! (I was so naive, it’s almost adorable).

Cut to a few years later… I’d gotten a better understanding of my craft, branding, and all the jargon. I met amazing, talented humans whom I had the honor to call my friends. But the big question remained. Was I happy? By this point, I had been in a few commercials, short films, theater, and I had gotten my first TV credit. I knew I was on the right track, but I still wanted more. I wanted to feel in control of my career. This inner voice started to get louder, I guess it was my business side – strangely enough, this voice sounded way sexier than regular me, not fair!

Suddenly I had this urge to create content and to understand everything from pre-production to post. I started buying equipment and writing. I listened to all the audiobooks I could find. I was on a mission! I created a few videos – they were horrible – but each one taught me something new. I felt like I could do it, and I was determined to do so.

Halloween and other festivities were getting close, and I had been cast in a play that was part of the Midsummer Scream Festival in Long Beach; it was there I met three people that would change my life: Walter Kartman, Anne Arreguin, and Danielle Swanson. We had decided to stay at a hotel right next to the auditorium where we would be performing.

After rehearsing and developing these characters together for months in preparation for the big opening, we had formed a strong bond and now we were going to be sharing the same hotel room. It’s like they always say: don’t consider marriage until you’ve lived with the person… well, in its own way that was what we experienced! We were able to get along after spending lots of time together, our personalities complemented one another, and we had fun. It was then I knew, I wanted to have them around in my life. (If you guys are reading this, sorry but you are stuck with me. FOREVER (ever ever).

We soon started what is now 3D1S Productions. We’ve had the honor of collaborating with Sand Sisters, a nonprofit organization that is empowering young girls; we created a series of educational and comedic shorts to help support their mission. We’ve produced a few short films, one of which was recently screened at the Silver State Film Festival; we just had the privilege to work on our first music video (Wrote you a song by Erich Jackson), and we are currently developing our own web series. We love meeting and connecting with new artists, learning new techniques and abilities, and telling stories; not only our stories but those of our community, friends, and families.

We are four actors who are now learning to be producers, writers, directors, editors, and everything in between. But most importantly, we are friends. So, I ask myself again… am I happy? The answer is… yes! But not all the time. I’ve learned that happiness comes and goes, and that is how it’s supposed to be. If we had it all the time, it wouldn’t be that special. But I do realize that the art form I chose is what brings me that happiness, and I encourage everyone to find that thing – that passion, that will make you smile.

I look forward to whatever the Universe or Siri puts before me, and no matter what that is, I know one thing: as long as I have my friends and storytelling, I’m ready for anything. Don’t let anyone tell you what you can and cannot do. Find your tribe and go create.

All hail the mighty Siri! Jokes aside, it is great hearing about times when things just work out they way they were meant to.  It’s awesome that you have a great group of friends that you are learning, working and growing with.  Has it been a smooth road?
Smooth like a baby’s butt… yeah right! It’s been bumpy, to say the least, but it has been a great journey. I think many of the “struggles” I’ve faced have been internal. Like many artists, I had my insecurities and doubts, I still do, but I try to work on them one day at a time. I was constantly having to convince myself that I was good enough. I had to give myself permission to fail and not take myself too seriously.

You quickly learn that bills won’t stop making their way into your mailbox. I had to find a steadier source of income, so once again, I joined the corporate world; only this time I made sure it was in alignment with the entertainment industry.

Having two full-time jobs leaves me with very little time to socialize. But, the “free” time I do have, I try to spend it with the people that I really love and that is what keeps me motivated and focused.

Finding the right group of people to collaborate with can be challenging, but if you do find them, stick with them. They will become your chosen family, and overcoming any obstacles together is such a great bonding experience.

So let’s switch gears a bit and go into the 3D1S Productions story. Tell us more about what you do.
3D1S Productions started as a platform for actors to collaborate and learn along the way. We are not worried about being perfect, having the most expensive equipment, or waiting for someone to give us permission to create.

We produce creative content that inspires us; we tell stories, we experiment, and we play.

Our current focus is to take short films from conception to film competitions and potential distribution.

As a company, the co-founder’s interchange roles based on the project needs. We involve our clients in every step of the process, making sure they feel the same passion coming from our team as they felt when they originally conceived the idea for their project.

I think what separates us from the rest is that we are good at balancing work and fun. We like to take the business seriously, but we also chose this field of work because we like to play and laugh. And, that is what we are known for! When you work with 3D1S, you get a group of passionate artists, ready to play and create.

How do you think the industry will change over the next decade?
I believe computer-generated imagery (CGI) will continue to grow. It is a huge component of our industry nowadays; I can only see it continuing to expand. I think this is a great opportunity for us to learn and find new and creative ways to incorporate these elements into our stories.

Virtual reality is also starting to become a huge game-changer. Building sets, working on lighting – and all of this within a relatively small space – is fascinating to me, especially having a bachelor’s in technology. I can’t wait to have the opportunity to play with these new toys and find creative ways to incorporate them in my work.

The overall cost of movie-making has been decreasing. The camera power we now possess in our phones, gimbals, and LED lights, are making this art form more accessible to people than ever before. I can see this trend continue, helping artists all over the world tell their stories.

We’ve been telling stories for as long as we’ve been around. As long as that tradition continues, I think our stories will become richer – providing we can adapt to change and incorporate the tools that technology will make available to us in the near future. ​​​​​ 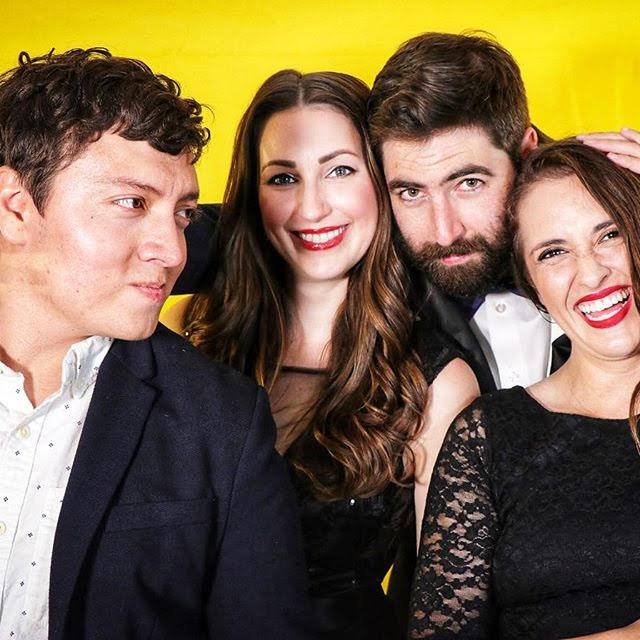 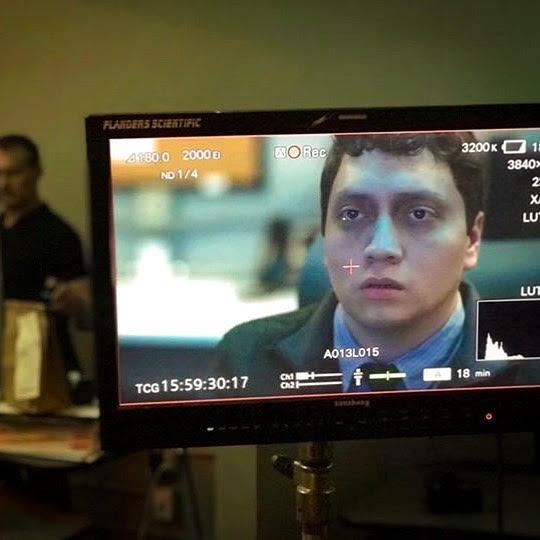 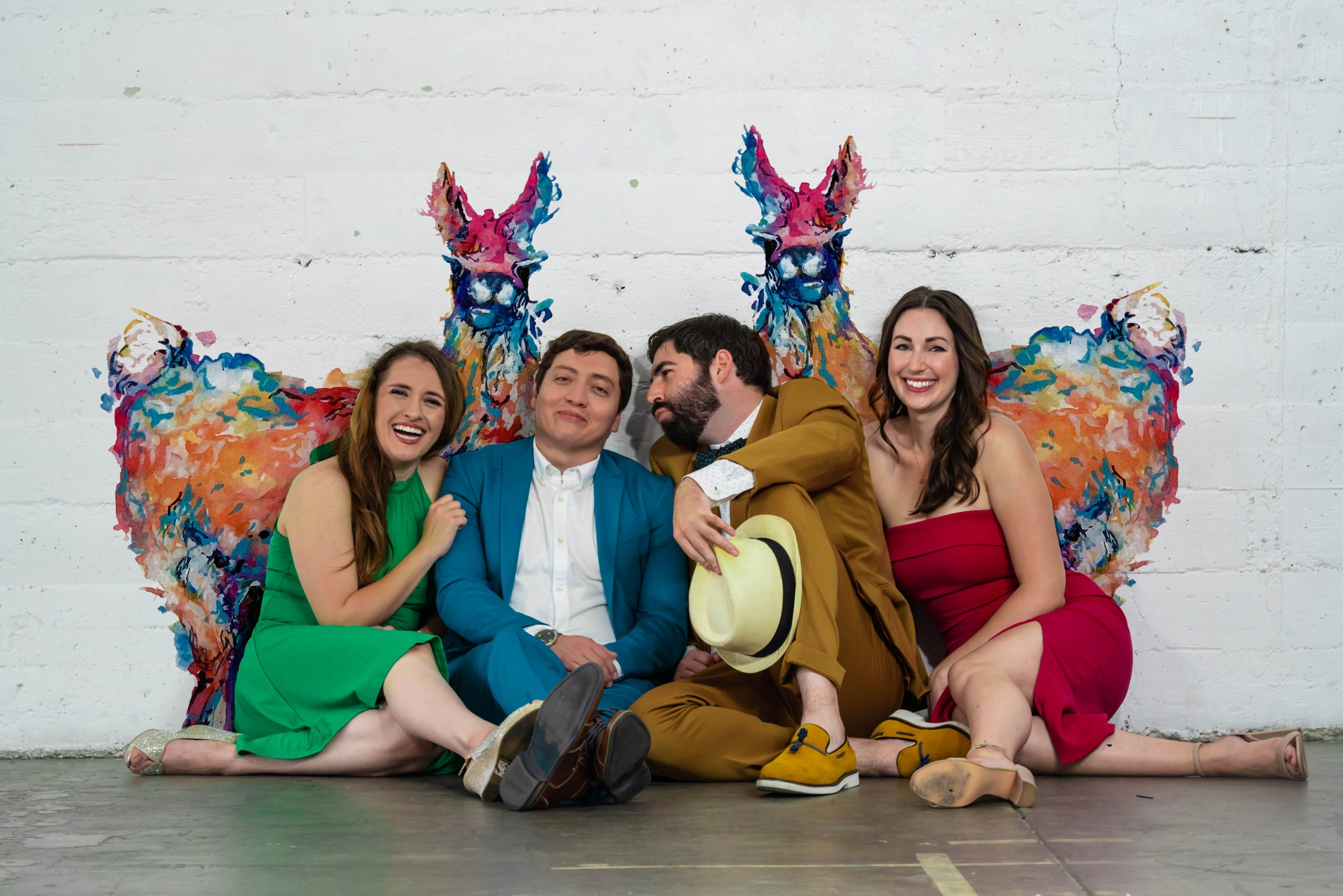 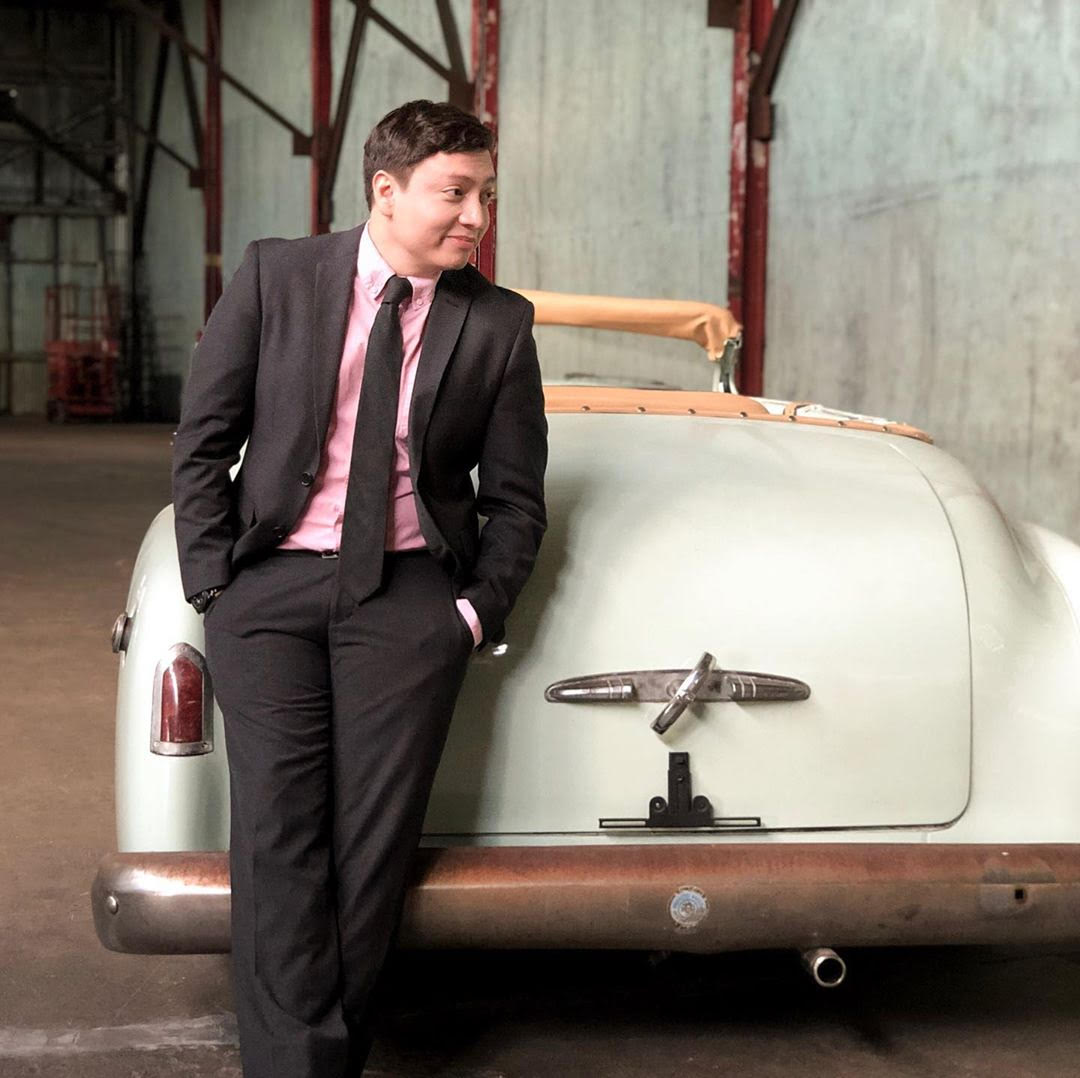 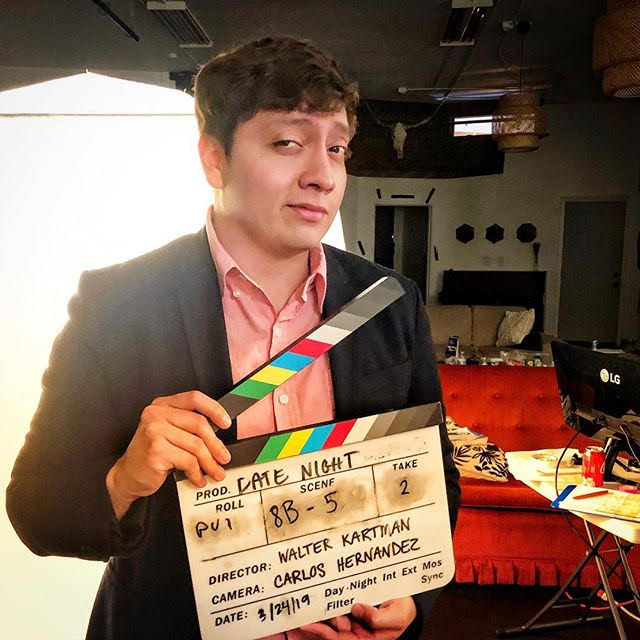 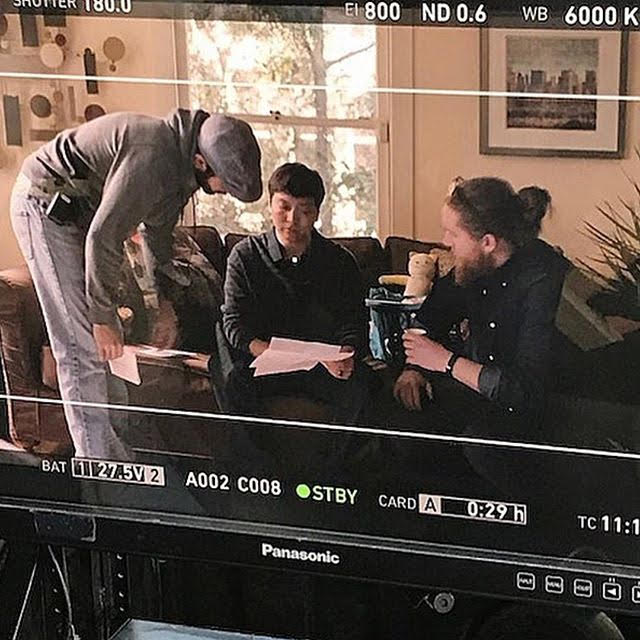 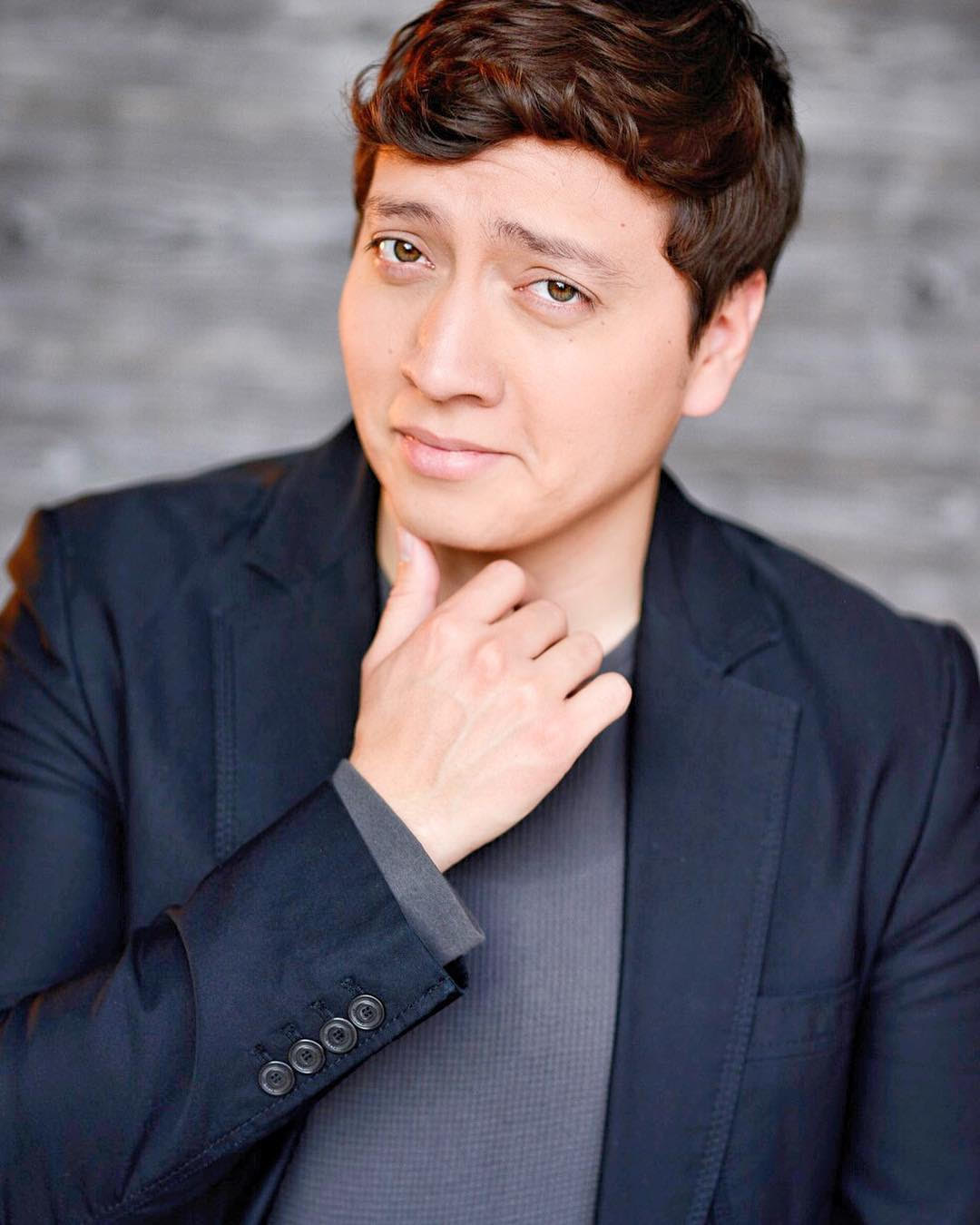 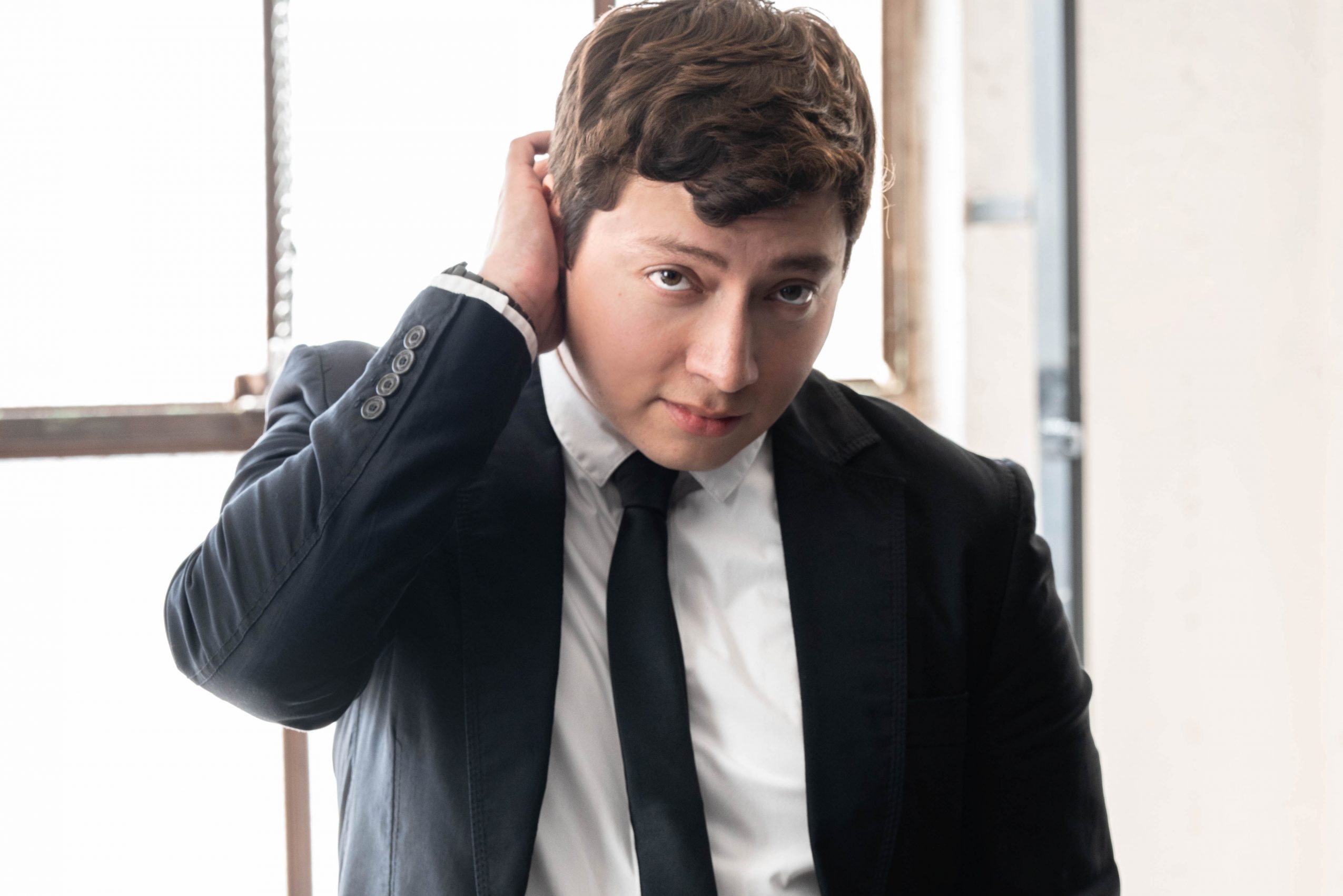 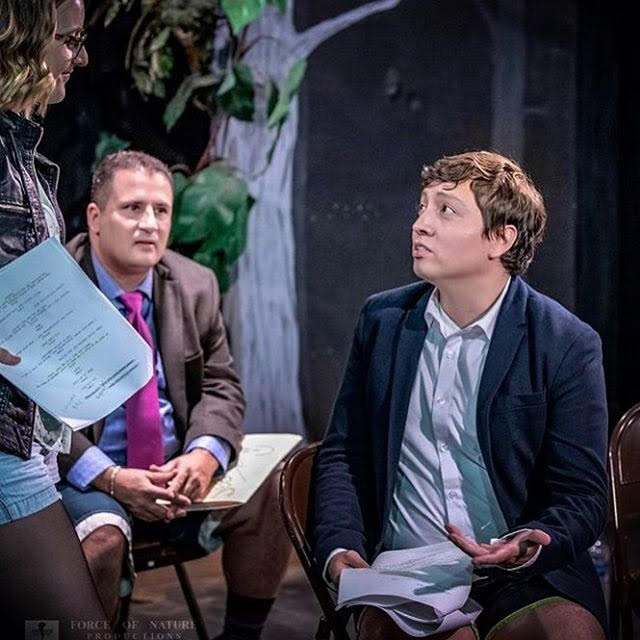 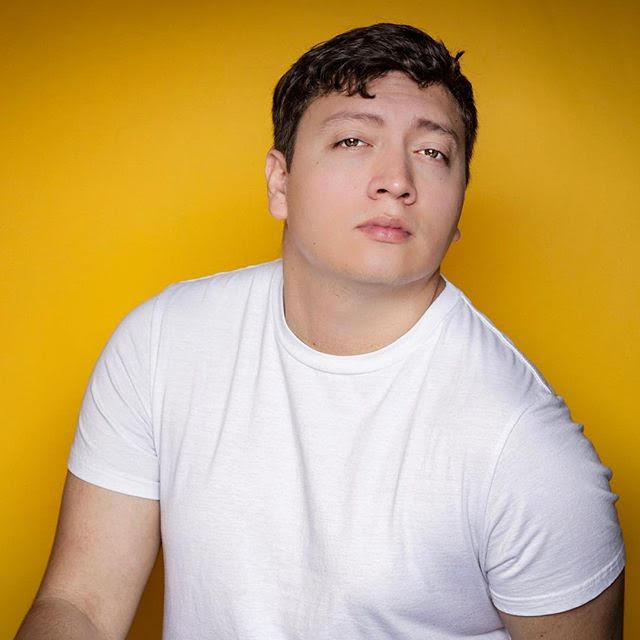