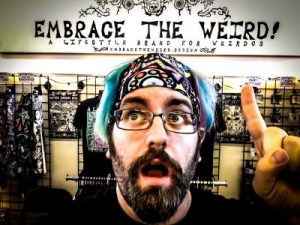 Today we’d like to introduce you to Brian Bernhard.

Thanks for sharing your story with us Brian. So, let’s start at the beginning and we can move on from there.
Well, I have been making art and designing weird stuff for a very long time, however, I was mostly paying my bills by working for other people, I made a career out of using my creative skills to help other people achieve their inspired visions. After a time, my own inspired creative vision began to start boiling out of the pot. I decided to use the creative skills I had developed to begin to carve out my own niche, a weird brand, something that represented my own aesthetic and the aesthetic of all the other wonderful weirdos I have met along the way.

-Here is a more detailed bio: http://www.brianabernhard.com/bio/
-Here is a slightly more detailed description of Embrace the Weird: https://embracetheweird.design/pages/about

Great, so let’s dig a little deeper into the story – has it been an easy path overall and if not, what were the challenges you’ve had to overcome?
Ha ha ha, it’s been anything but smooth. I worked as a television producer and editor in NYC for a broadcast television station focused on arts and culture programming. While working full time in NYC, I completed my MFA in Design and Technology from Parsons School of Design. Just after I graduated, I ended up winning an EMMY for best education programming. I was feeling at the top of my game, so we made the decision to move to LA, so I could explore new horizons, grow as a producer and artist and see what new doors the west coast would open.

When I got out here, I quickly learned that no new doors were opening, no one wanted to hire someone with an EMMY, because no entry level gigs wanted to pay someone with an EMMY and I didn’t have any connections to open any doors for any Senior Producer or Editor gigs… so I floundered around attempting to build my own production company, doing freelance work and applying to thousands of jobs for about 4 years. While I did do some good work during that time, and I got some interesting gigs, I realized I was spending more time hustling to get jobs than I was spending time manifesting good work. And every gig I got came with a huge amount of unnecessary drama.

After spending some time around some truly amazing entrepreneurs, who very graciously offered me some much needed business advice when I needed it, I decided to build my own brand, a brand that was the most true to me thing I could possibly think of, one that would allow me to push my creativity to its limits and build a movement to open minds and push the boundaries of normalcy and weird.

Embrace the Weird – what should we know? What do you guys do best? What sets you apart from the competition?
“Embrace The Weird” is a lifestyle brand for weirdos.

The definition of the word “weird” means more than you may think:
-Adjective: suggesting something supernatural; uncanny.
-Noun: a person’s destiny.
-Verb: induce a sense of disbelief or alienation in someone.

So if we focus on the noun form of the word… when we say, “Embrace the Weird”, what we are truly saying is to embrace your destiny!

Our weird little independent lifestyle brand is the brainchild of the eccentric Southern California-based artist & designer Brian A. Bernhard, and was conceived as a place to create some really cool, extremely bold, impossibly weird products designed to help people embrace their inner weirdos!

Our mission is to help as many people as we can to be true to their authentic selves. There is also a huge waste issue in the mainstream apparel world, most high-end brands destroy the product that does not sell, either by burning and polluting the air we breathe, or by filling up our landfills. All of our products are created on demand by our insanely high-quality manufacturing partners, so we only produce a product that is needed and demanded by the community.

What moment in your career do you look back most fondly on?
Well, producing my first TV series was pretty awesome, but so was being the first person to earn an MFA in my family, although, winning an EMMY was pretty rad, but I am gonna say, it was possibly the first time someone purchased one of my original Embrace the Weird designs through my website. That was the moment I knew I was onto something worthwhile, something that connected with others who shared my love of the weird. 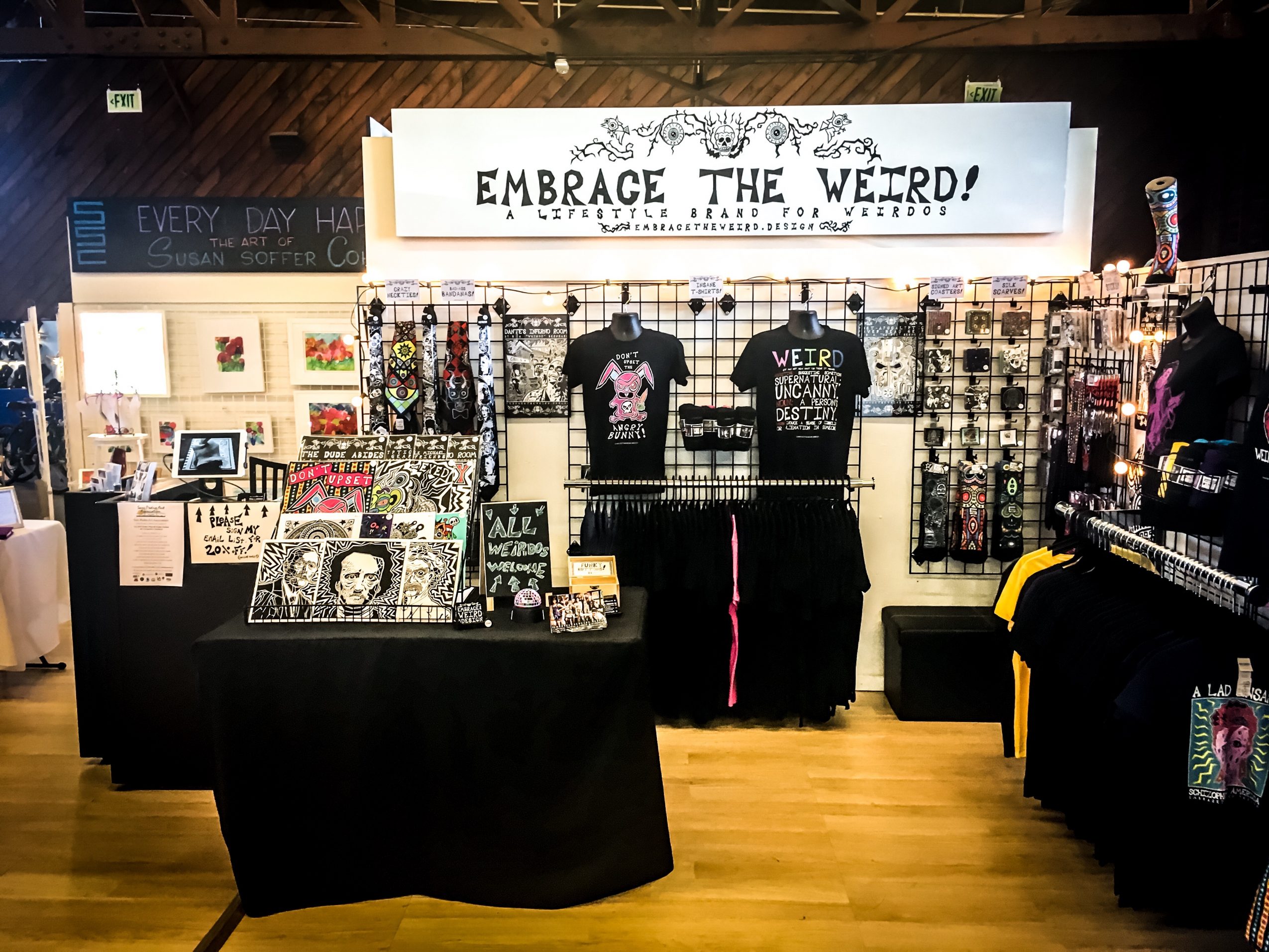 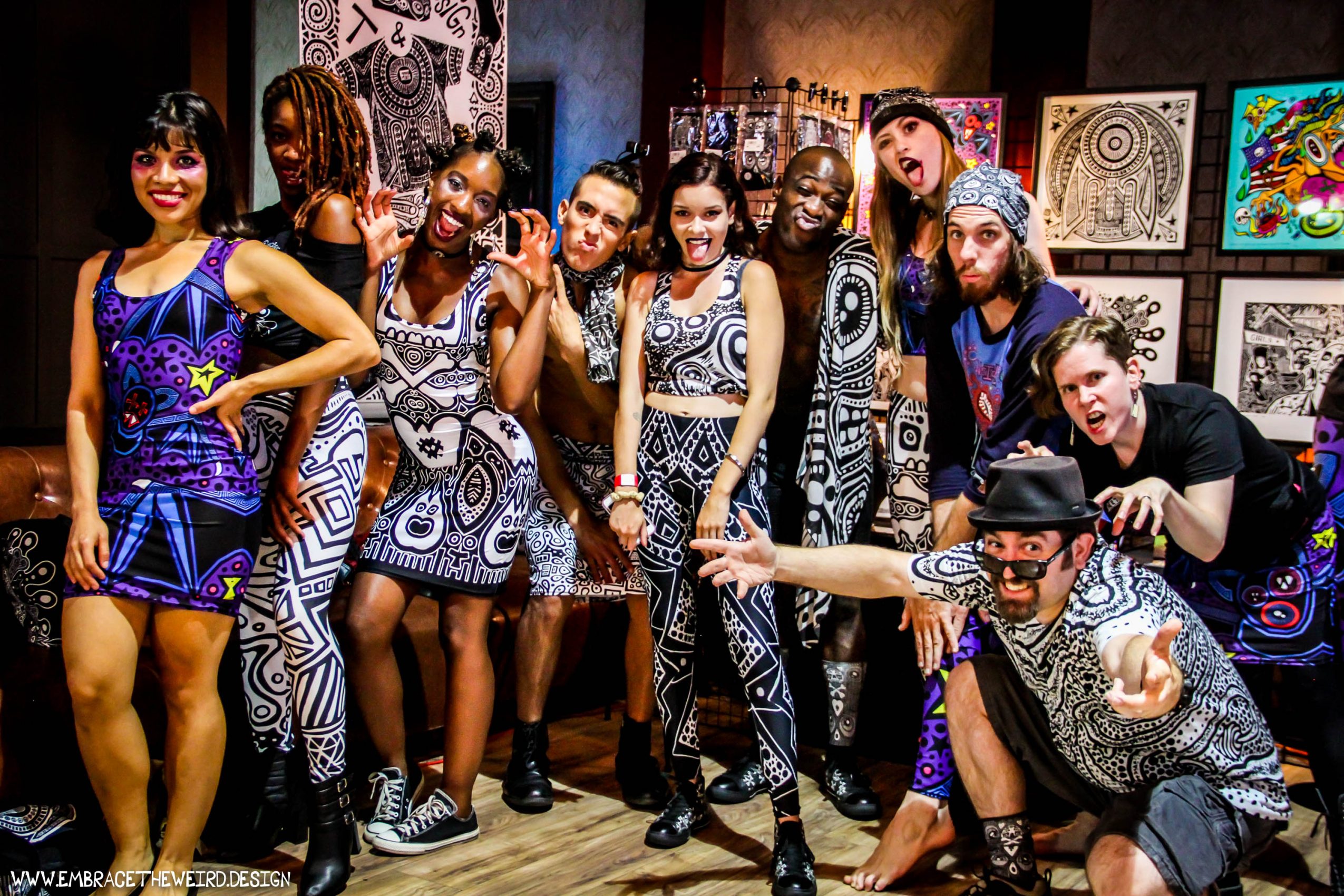 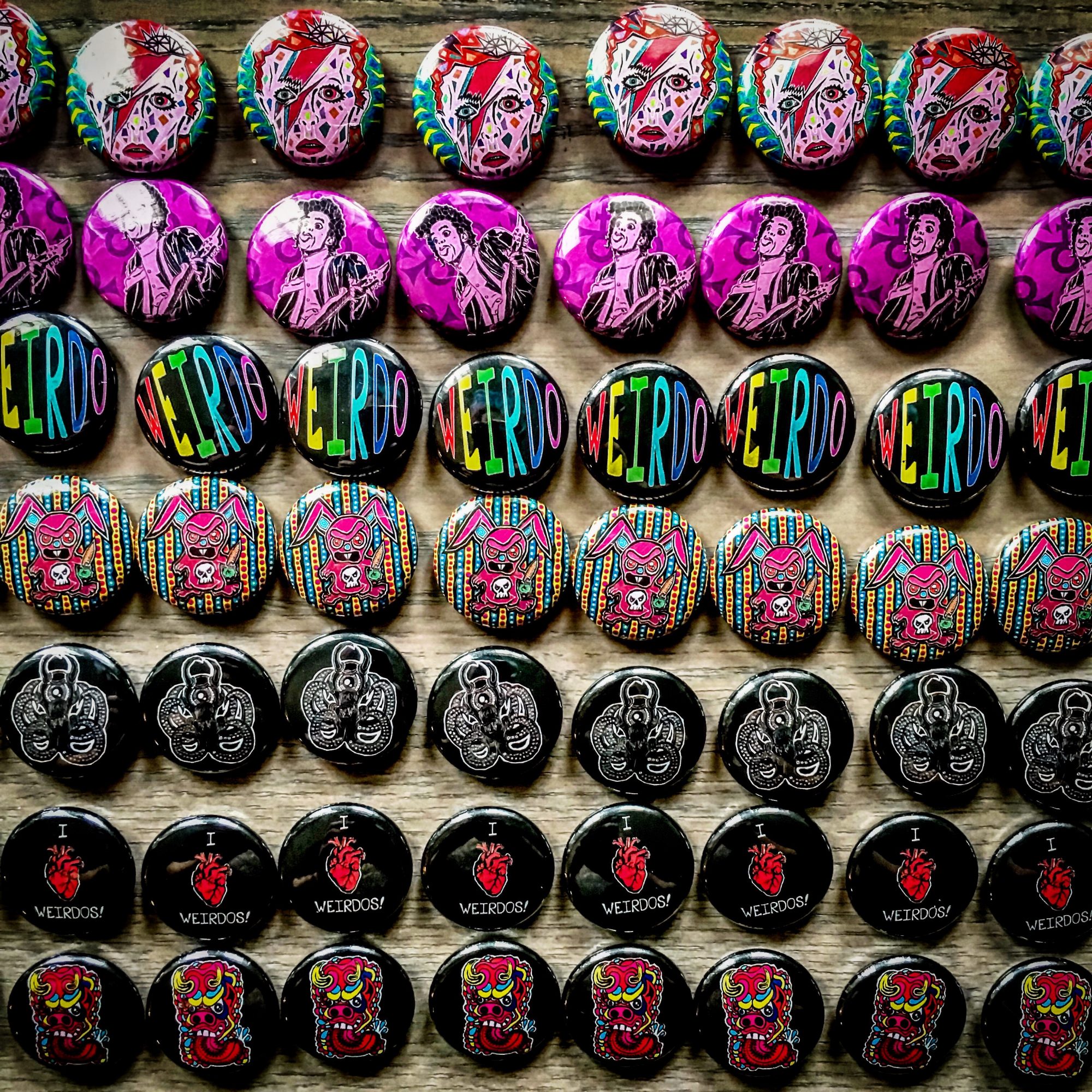 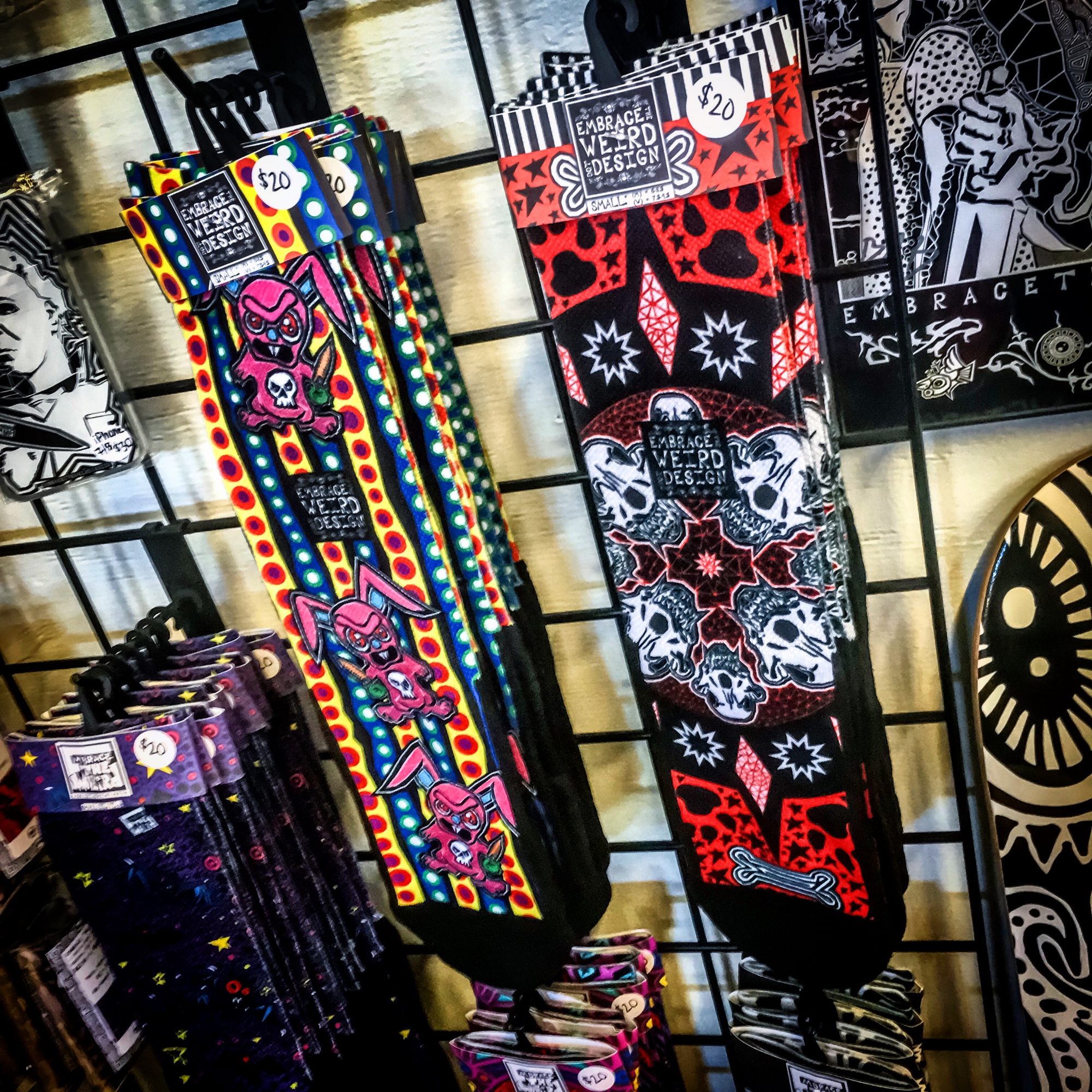 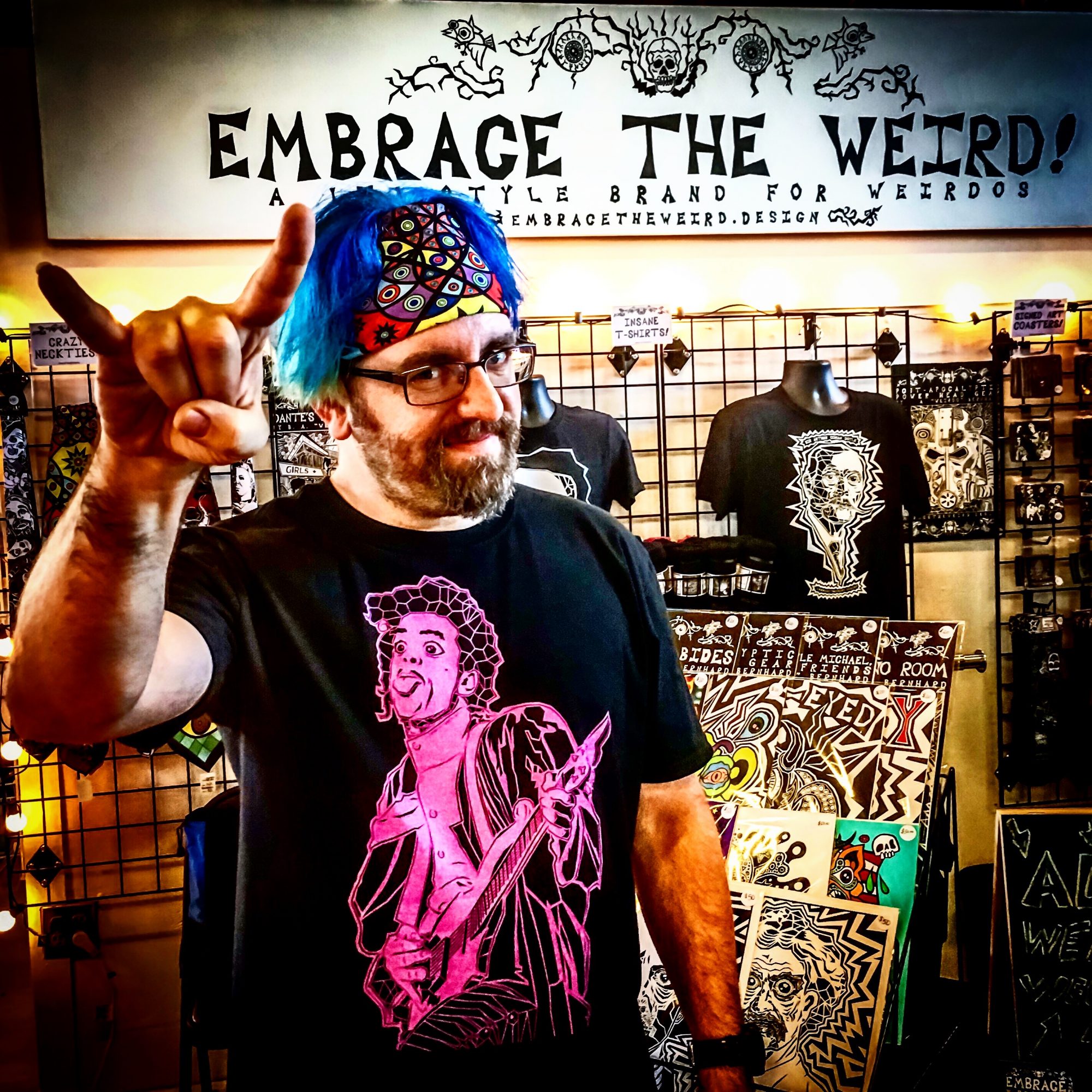 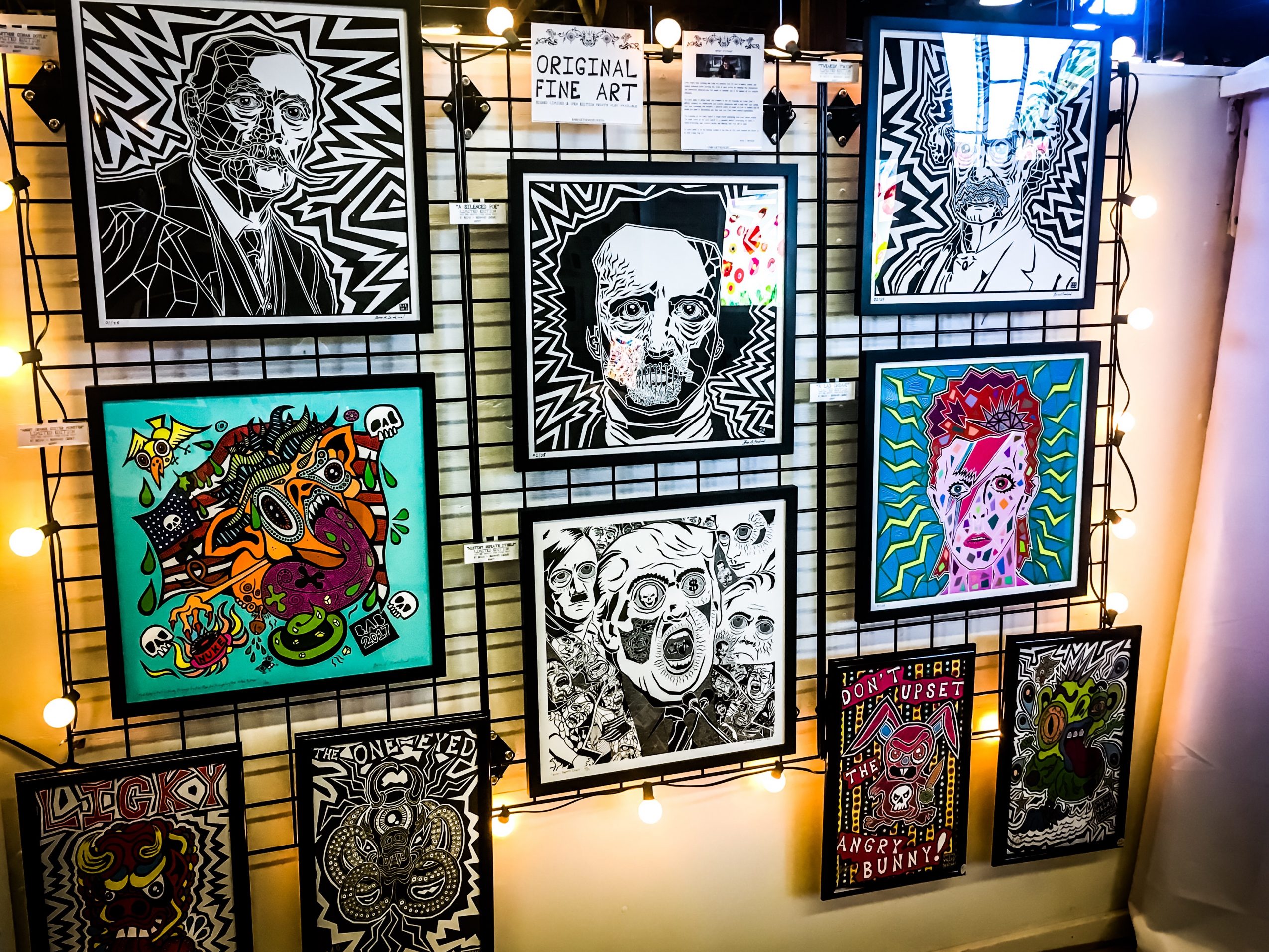 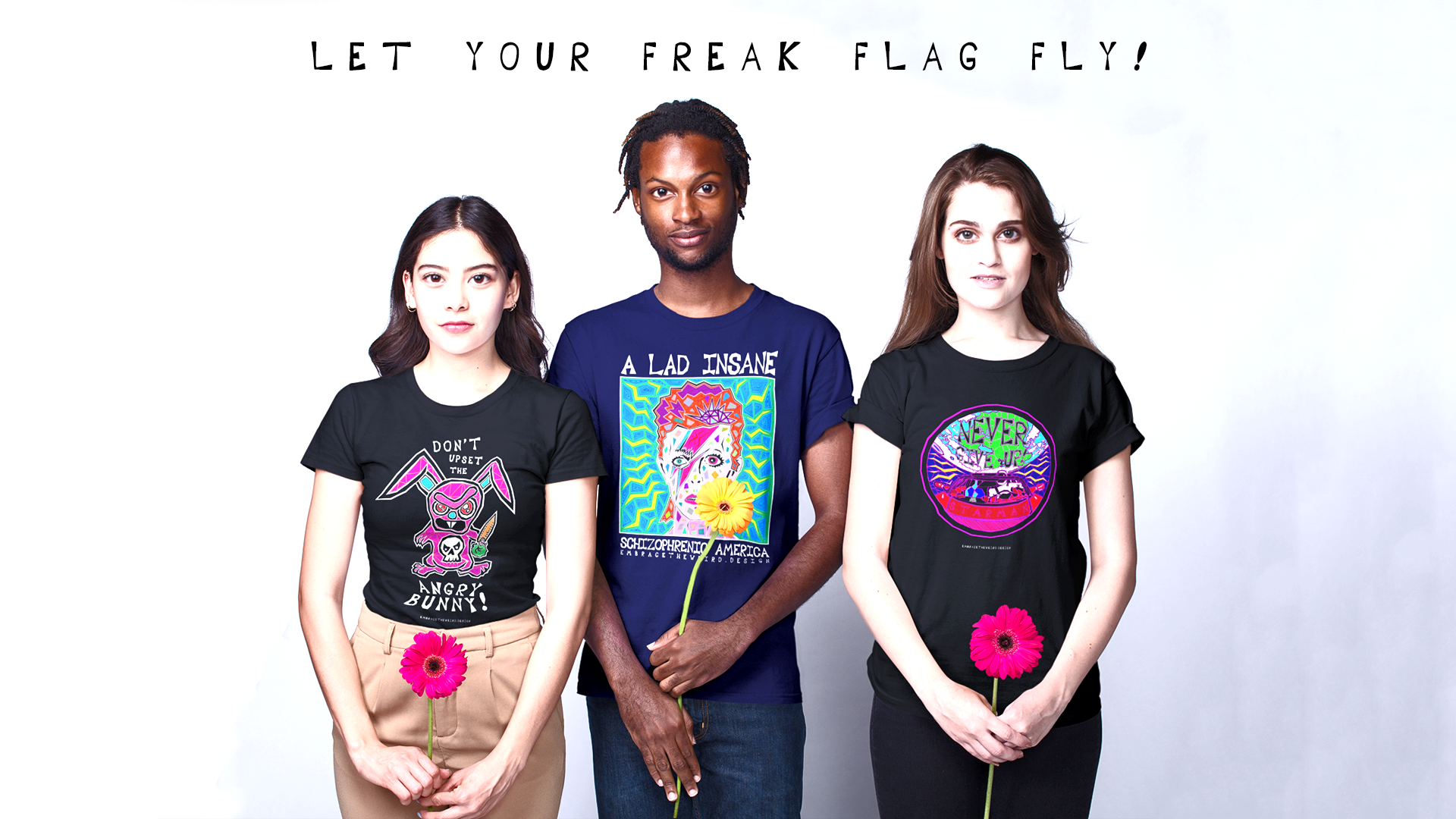 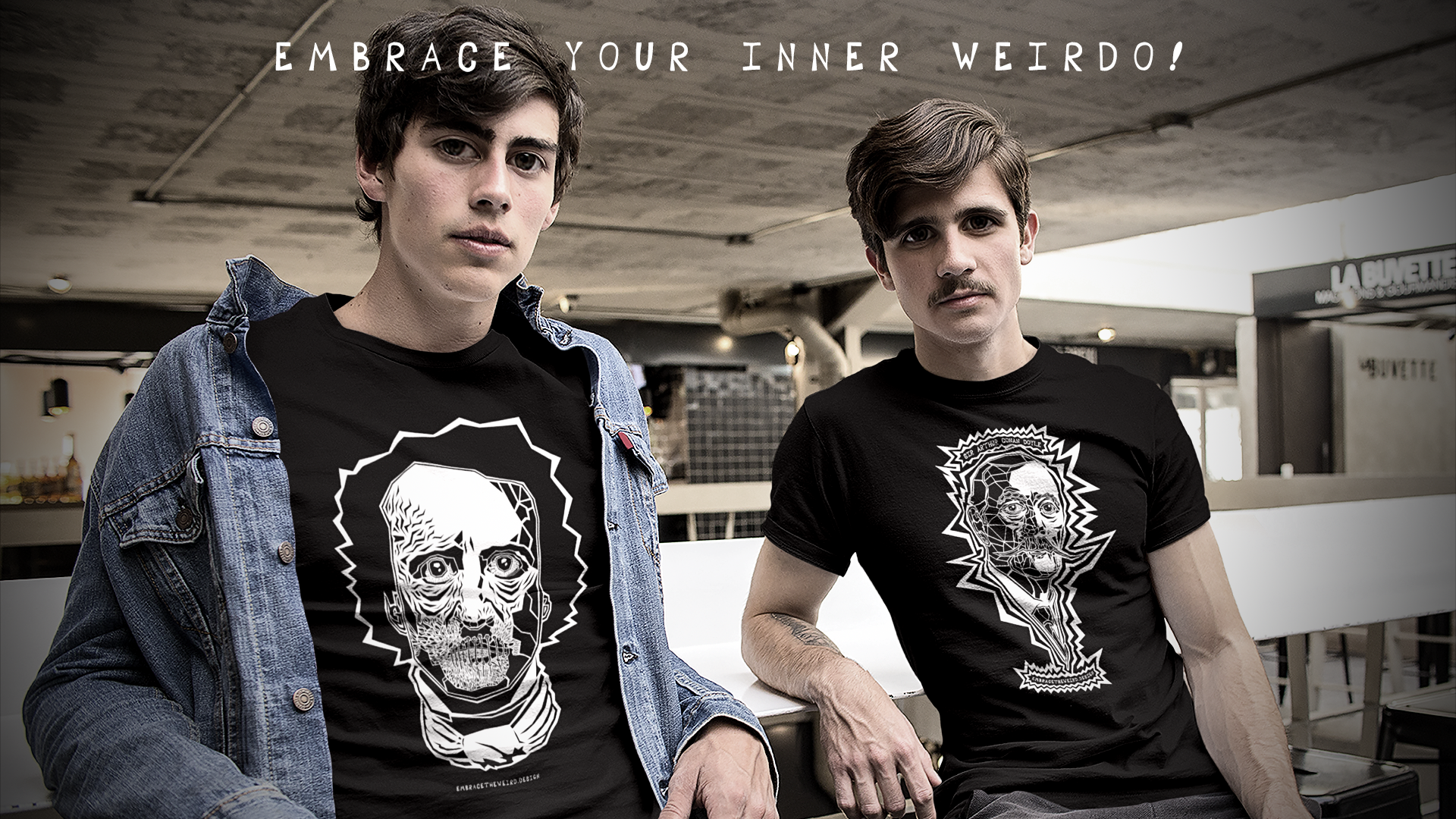