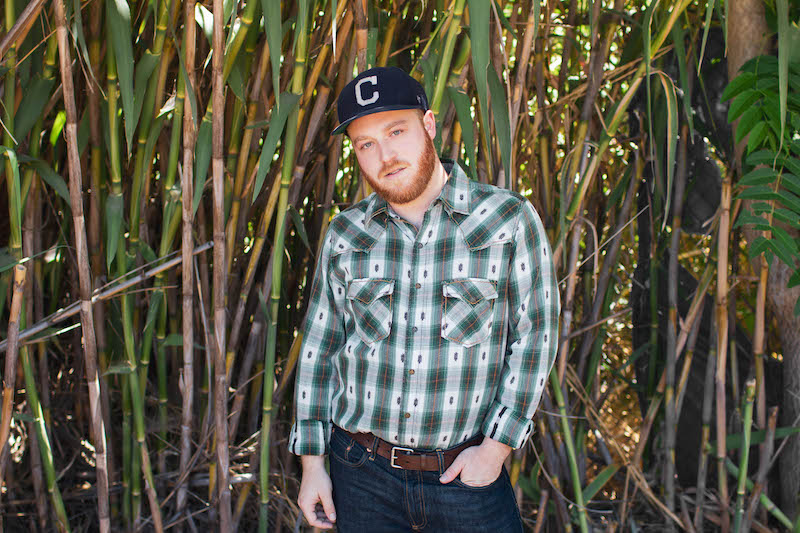 Today we’d like to introduce you to Brett Fromson.

Thanks for sharing your story with us Brett. So, let’s start at the beginning and we can move on from there.
I grew up in Solon, Ohio with two supportive and loving parents and two siblings, all of whom are musical. Paul Simon, Cat Stevens, and Bruce Springsteen played in the car on drives to school. I wrote my first song at age 5, and by 12 I was writing and imitating my favorite bands like Counting Crows and Barenaked Ladies. By sophomore year of high school, my first band had come and gone. They wanted to play other people’s songs. So I put together coffeehouse shows and focused more on my acoustic guitar, harmonica, and songwriting.

Under the guidance of my many mentors, I honed my craft and skills and finally auditioned for my dream college. I was one of 25 accepted to USC’s Popular Music Program. I moved to LA in 2010 as a freshman, graduated in 2014, and here I am in 2020 still hustling my music career, now without the safety net of a tight-knit music school family.

The Popular Music Program at USC was extremely important in my development as a musician and as a person. Joining a diverse group of talented, ambitious musicians and writers was an invaluable learning experience. My college years of personal and musical growth culminated in my first EP, Heartbeat Like a Train (2014).

My post-college years were equally important in terms of personal and musical development. In fact, only now do I really feel like that post-grad chapter of my life is wrapping up with my nearly finished upcoming album, Man of Conviction. I’m looking forward to sharing that part of my story, and I’m also looking forward to the future.

Great, so let’s dig a little deeper into the story – has it been an easy path overall and if not, what were the challenges you’ve had to overcome?
Compared to the obstacles so many people face in this country, it has been a smooth road. However, I believe that a true artist must wrestle with some form of adversity. While I come from a place of privilege and support, my personal adversity has manifested within my mind.

Whether it was my competitive nature in college -caring too much about what other people thought or what other people were up to – or my ability to sabotage relationships and friendships in my early 20s, I have always found ways to get in my own way. My songs are my light at the end of the tunnel when I mentally cave in. I hope they can serve that same purpose for people listening to them.

Can you give our readers some background on your music?
My pride and joy are my songs. Specifically, my lyrics. I try my best to be honest, clever, and poetic at the same time. I set my lyrics to the tune of my favorite umbrella genre “Americana,” which, to me, is a blend of folk, blues, and roots-rock musical families. After years of honing my craft and building up influences from all of the Americana legends, I feel I have found a voice that sounds like me. Using that voice, writing songs, making records, and performing is everything to me. I’m proud to be still chasing that dream.

In light of Covid, my career has definitely pivoted a bit. Before the virus hit, I began a new musical venture called Live from the Homestead. I filmed five videos at my home studio in Van Nuys, affectionately referred to as “The Homestead” due to the large house and yard I was able to rent (which felt like a country estate compared to my previous apartment). The videos were intended to be the jumping off point for a series in which guest artists would come over to my studio for a conversation and some acoustic performances. Since the in-person aspect of music-making is relatively non-existent these days, I’ve decided to turn Live from the Homestead into a live stream writer’s round-style show. In the past, my live shows always featured guest artists. Many came from my USC musician community, others just from the LA music scene. I’m excited to turn this stream into my outlet for performing “live” alongside my peers.

In addition to performance, I make records. I love making records. I had an incredible experience recording my single “I Don’t Ever Want to Fall in Love Again” at the Fogerty brothers’ studio, Radio Astro. I am currently crossing the finish line on my first full-length album, Man of Conviction. If anything good has come from quarantine life, it has been my ability to record at home and work on this record. I recently relocated The Homestead to a new house in Van Nuys. I’m proud to say that 100% of this album was recorded at The Homestead with contributions from a few very talented and trusted friends. I don’t think I’ve ever felt so personally attached to a project before. I’m very excited to finish it and share it with the world.

What moment in your career do you look back most fondly on?
My proudest moment would still have to be receiving the Glenn Frey Scholarship from USC at the Charles Dickens Dinner in 2013. The Dickens Dinner was an annual black-tie holiday concert and ceremony at The Biltmore downtown for all of the trustees of the Thornton School of Music. Each year the school would recognize someone for their contribution to the music industry. Glenn Frey was honored that year, and I was chosen to receive a scholarship in his name.

That night, accompanied by a full orchestra and choir, we performed a medley of Glenn Frey and Eagles songs, as well as two of my original songs, orchestrated by none other than the legendary Patrice Rushen. I performed in a tuxedo in front of Glenn Frey, my professors, my peers, and my parents who flew in for the occasion. It was a night I’ll never forget. Glenn was a huge influence in the brief time I knew him. Any advice he gave, I took to heart. I was so sad to hear of his passing in 2016. His legacy is something I will try to live up to for the rest of my life. 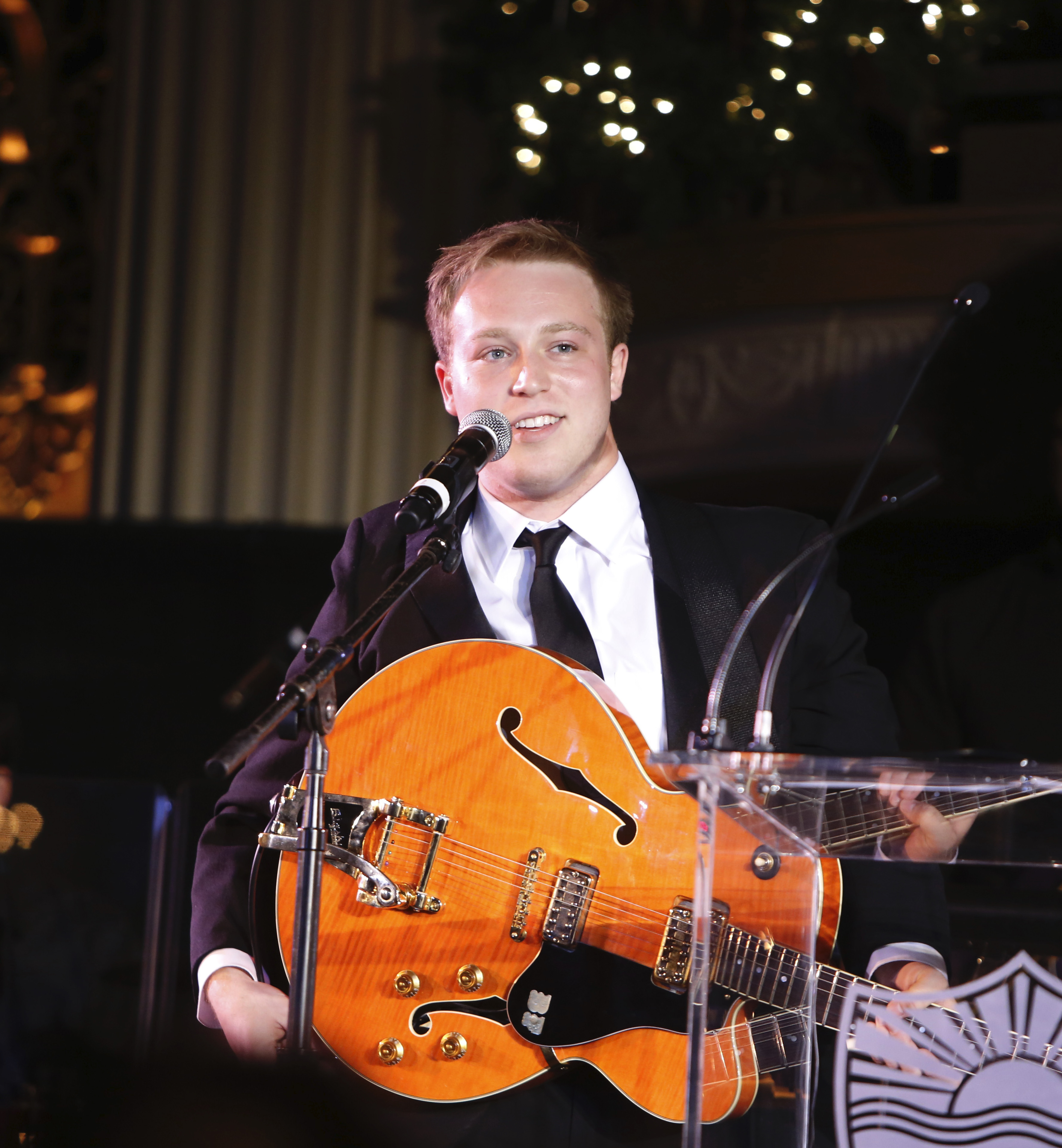 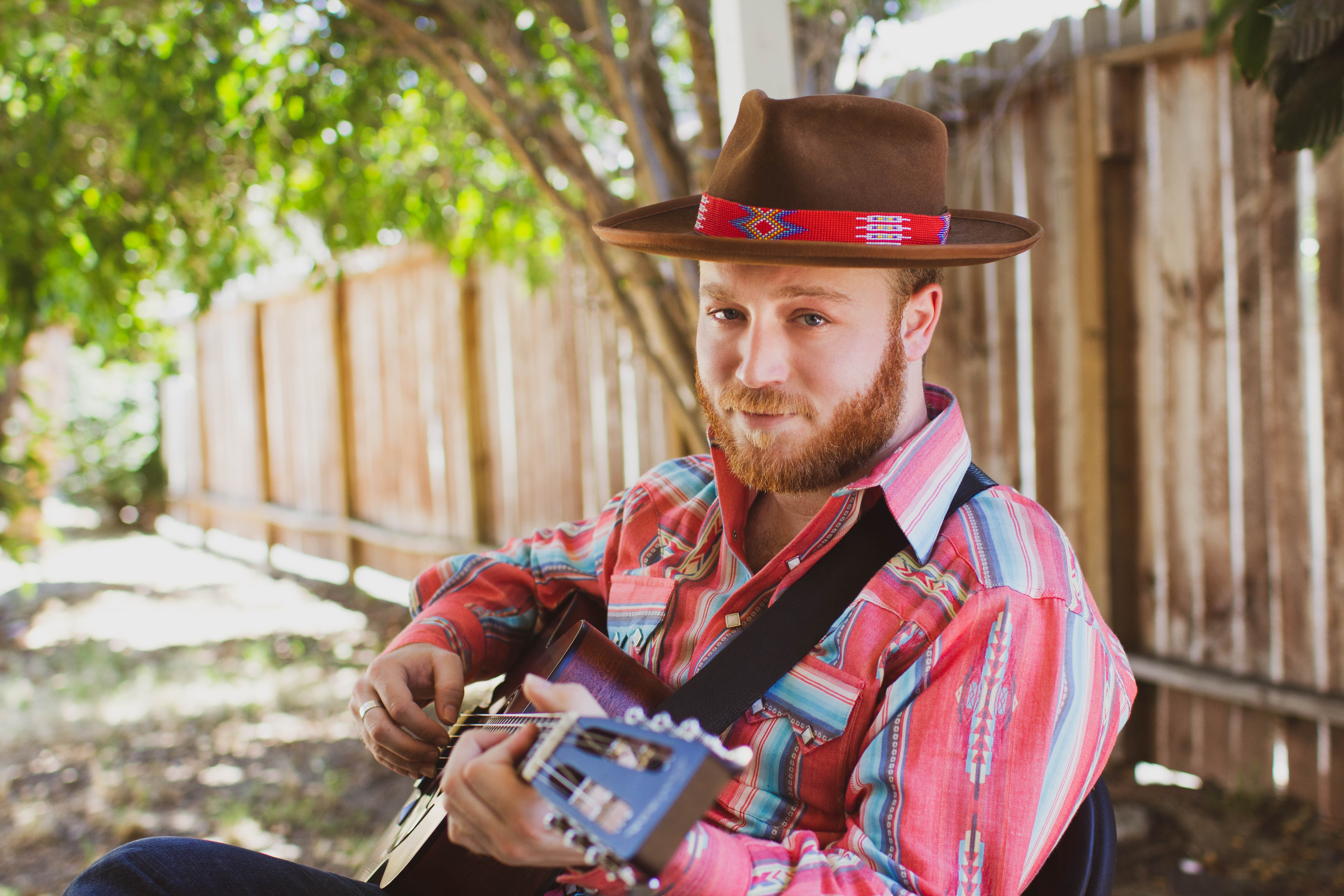 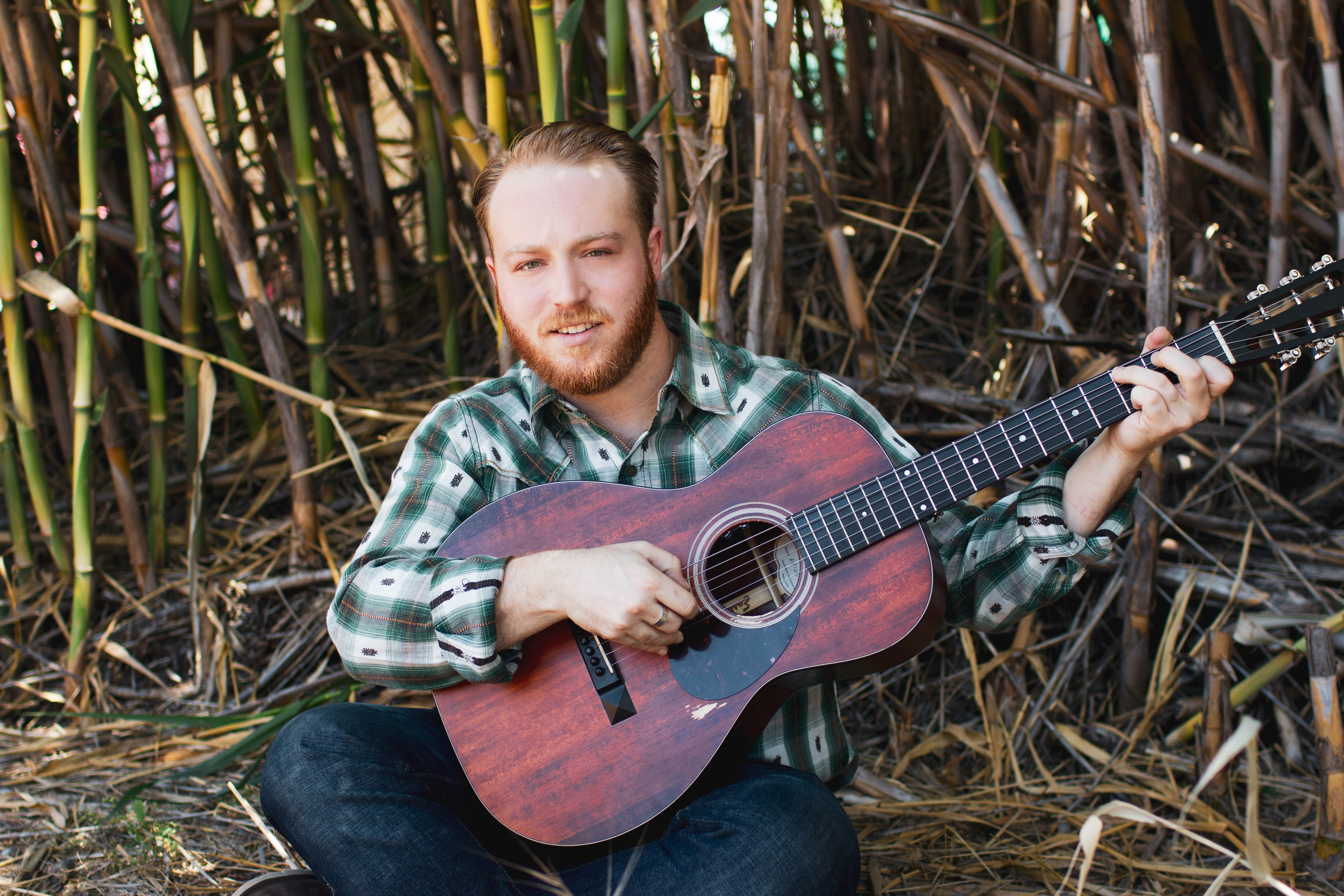 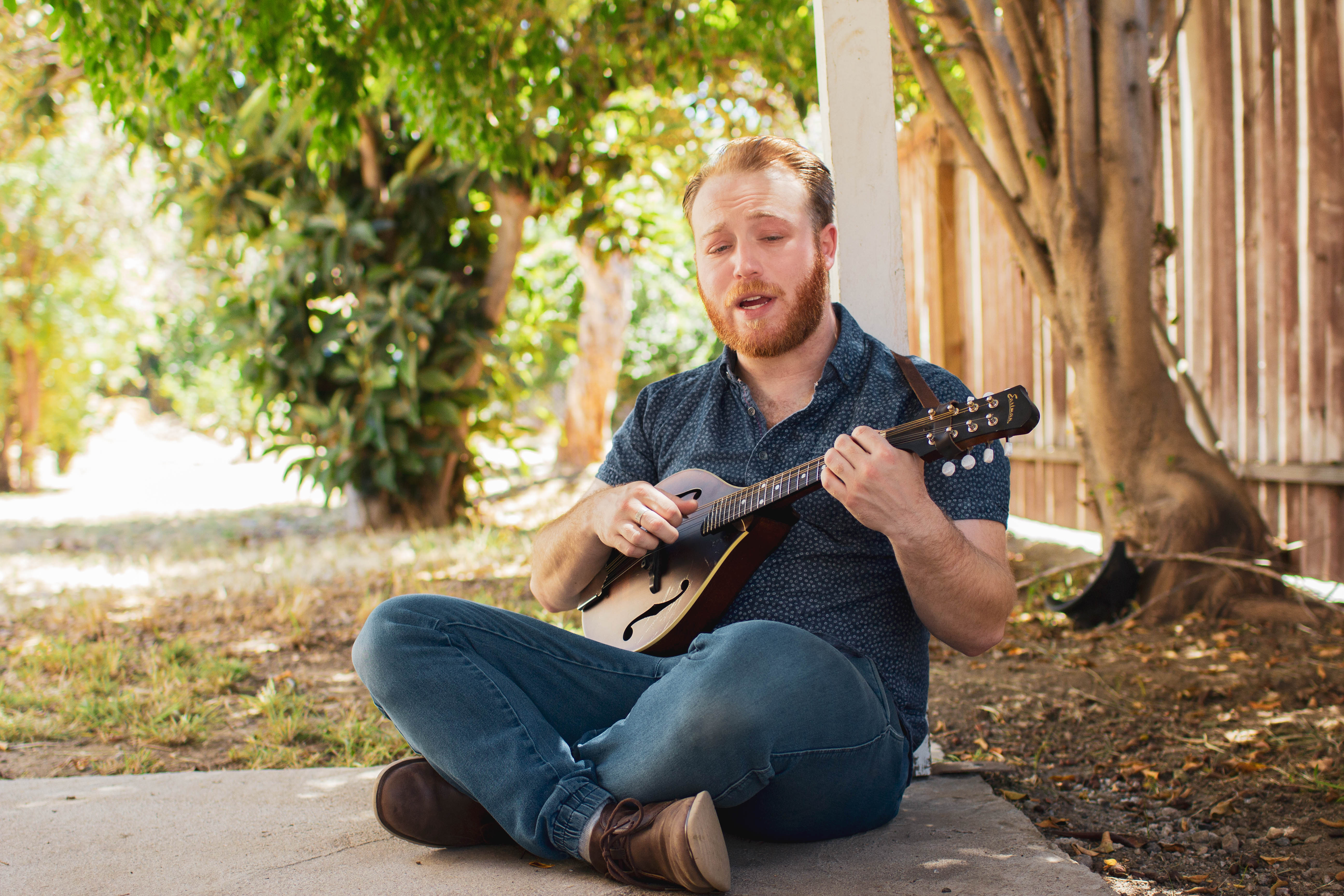