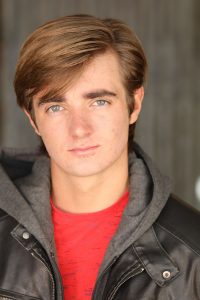 Today we’d like to introduce you to Brent Anthony.

Brent, let’s start with your story. We’d love to hear how you got started and how the journey has been so far.
I was introduced to acting when I was four years old by my mom. I auditioned for the Role of Little Joe Joe in the film Sexpot. I’m embarrassed to say that I insulted the Director but can you believe, that won me the role! Being naturally precocious! But it hasn’t been easy. There is so much to learn and so much work involved in acting. People think it’s easy but it’s really not. Sadly, many times it is who you know that gets you the job. Those who don’t have connections have to work twice as hard.

Overall, has it been relatively smooth? If not, what were some of the struggles along the way?
I don’t think anything you pursue in life is a smooth road, there have been challenges but just like anything else you learn from your mistakes, get better and try your best to climb to the top. A challenge for me has always been my height. I was tall as a child and for some reason Hollywood thinks that kids are supposed to be really short. I think they need to take a field trip to an actual school. They would have seen that I was actually average and not tall!

We’d love to hear more about your work and what you are currently focused on. What else should we know?
I am an actor and have been acting for twelve years now. I do anything from modeling, commercials, dramas etc. I am mostly known for playing the role of young Jeff in a television show called Community. I am most proud of how I grew as a person with acting; it gives me a deeper understanding of how a character would think. The thing that sets me apart from others is I do drama very. Some say drama is very difficult with the amount of emotional layers evolved but I am able to make an in-depth character.

If you had to go back in time and start over, would you have done anything differently?
I would do nothing over again I think it’s important to learn from mistakes.