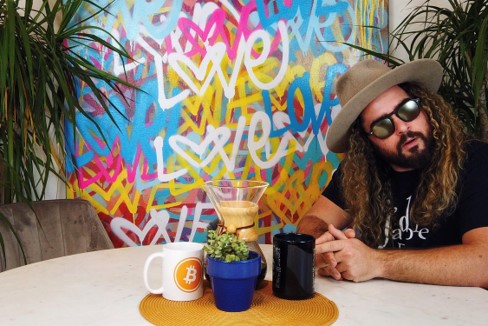 Today we’d like to introduce you to Brekkie von Bitcoin.

So, before we jump into specific questions about the business, why don’t you give us some details about you and your story.
So in the world of Bitcoin and cryptocurrencies, I go by the name Brekkie von Bitcoin.

Crypto itself had been on my radar since 2013, but in 2017, I started taking a more active interest in the technology and its potential to really change society for the better. I started learning more and educating myself, but initially, I was really put off by the number of scammers and bad actors in the space. And I wanted to do something about it. I didn’t really have a direction at that time, but I began posting funny videos on Instagram lampooning all of these scammers.

As I grew an audience, I started experimenting with different forms of content, with my most successful being my web series “Blockchain and Morty.” Essentially I began rewriting, re-dubbing, and re-editing scenes from “Rick and Morty,” putting my own cryptocurrency spin on the sci-fi adventures. “Rick and Morty” is, I believe, an incredibly deep show despite the silly antics, and its focus on technology made it an incredible vessel for parody and satire in the crypto space.

All of the episodes make some form of cultural critique, and I still try to lampoon and criticize bad actors in the crypto space like Nouriel Roubini or Craig Wright. While I’m still putting out episodes here and there, my main focus of late has been promoting education and adoption of Bitcoin and cryptocurrency technology in general. I try to be a thought leader of sorts on Instagram and Twitter, and I’m now using those platforms to promote my artwork and fashion brand “BvB.”

Now more than ever, I believe that crypto focused artwork and fashion is vital to spreading the word and provoking conversation around cryptocurrency. Ask anyone on the street to define “money,” and more than likely they won’t be able to give you a solid answer. Money makes the world go round, but most people don’t realize that we are living in a world where governments manipulate money for their own ends.

Inflation itself is a form of non-consensual taxation, and many would call it theft. Bitcoin is a new system of “sound” money that upends the current paradigm and puts power back in the hands of the people. Through my artwork, fashion, and an upcoming talk show I will be hosting, I hope to spread the word and hopefully effect real change in the world. ✌🏻❤️🚀#BuyBitcoin

We’re always bombarded by how great it is to pursue your passion, etc. – but we’ve spoken with enough people to know that it’s not always easy. Overall, would you say things have been easy for you?
Well, the struggle is ongoing… but nothing worth doing is easy! For me, the hardest part has been transitioning from one career to another. I studied producing at the American Film Institute, where I learned a great deal, but now I am trying to balance being an artist, designer, content creator, and an entrepreneur.

Making art is a dream for me, and I’m incredibly grateful to be working in any creative capacity. But you can’t create artwork in a vacuum. If you want to be successful, you have to know how to network and market yourself as well. These are skills that don’t come naturally to me, but I’m learning…

So let’s switch gears a bit and go into the CryptoBrekkie.com story. Tell us more about the business.
www.CryptoBrekkie.com is the hub of my business. I create Bitcoin and cryptocurrency focused artwork designed to provoke conversation and make people think. I also create custom artwork that is commission based. In addition, I design and sell apparel and accessories.

There are a number of retailers selling cryptocurrency themed artwork and apparel, but the majority of my designs have a political message, or deeper meaning that I think is lacking elsewhere… I have a line of items called “Dirty Fiat,” that serves as a great example.

“Fiat Money” is money created out of thin air by governments around the world. It has nothing backing it, and governments try to improve the economy by playing with the money supply, often to disastrous effect, as seen in places like Venezuela.

My most popular item is the “Dirty Fiat Wallet,” which is basically a normal wallet, but it loudly has “Dirty Fiat” on the design, as a reminder that fiat money is literally and figuratively quite dirty. The implication here is that there are much better options for “sound money,” like Bitcoin. I’ve also tried to touch on the more revolutionary side of Bitcoin.

I designed a hoodie based on an image from the Yellow Vest movement in Paris. One yellow vest, in particular, had a homemade design on the back saying “Buy Bitcoin!” So I adapted that image for my own design. I’ve seen those vests find homes all around the world, and that is something I’m very proud of.

Has luck played a meaningful role in your life and business?
I personally think that luck will only find you if you work very hard. There is something to be said for being in the “right place at the right time,” but not if you aren’t paying attention.

My business is in very early stages, much like the Bitcoin and cryptocurrency movement, so I think the only real luck so far is that I’ve had the foresight to realize just how important Bitcoin and crypto is going to be 5-10 years from now. 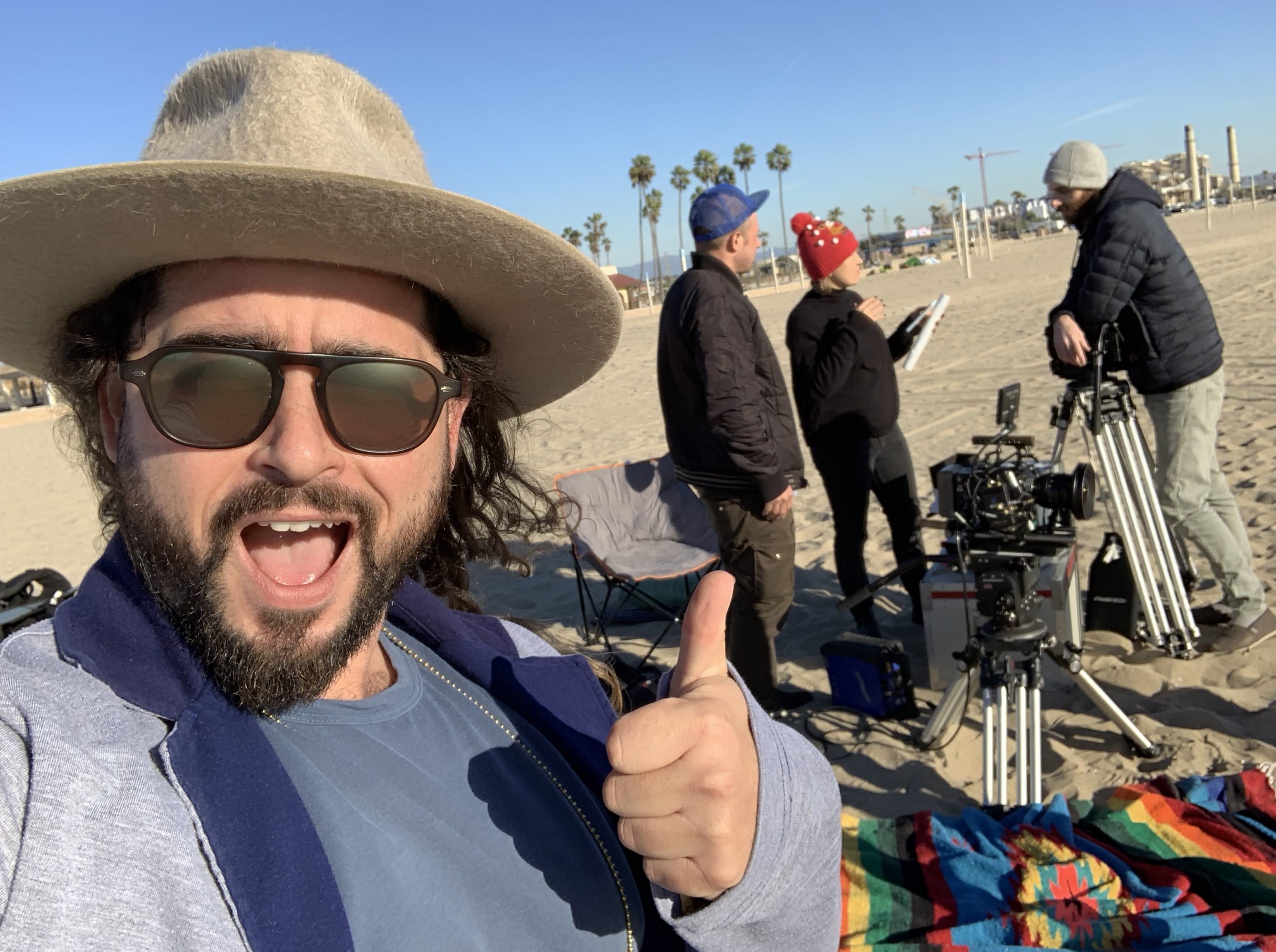 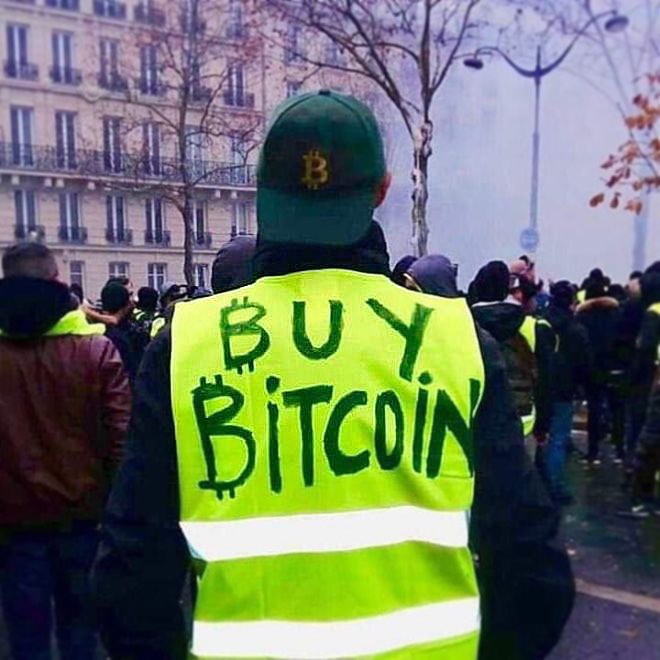 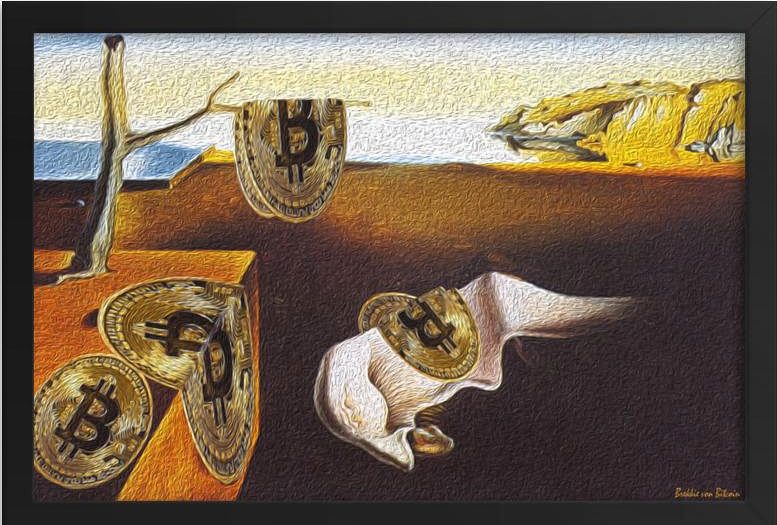 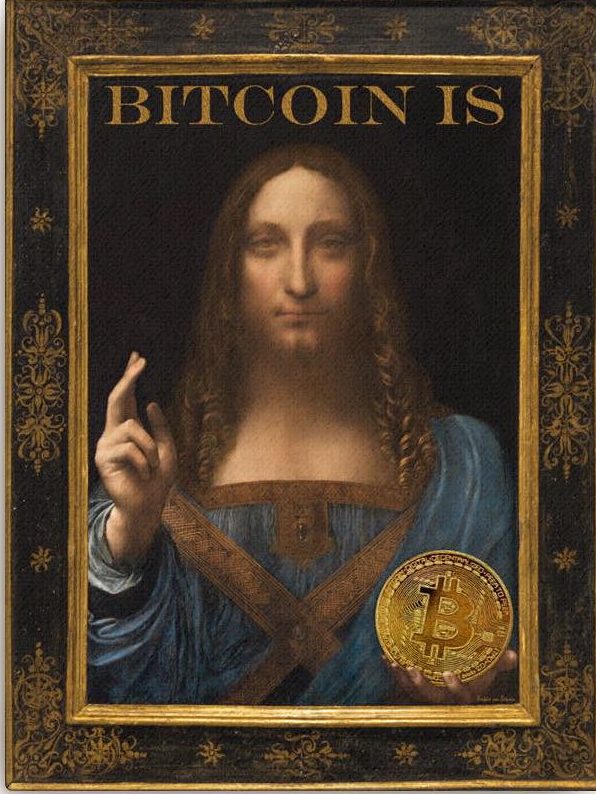 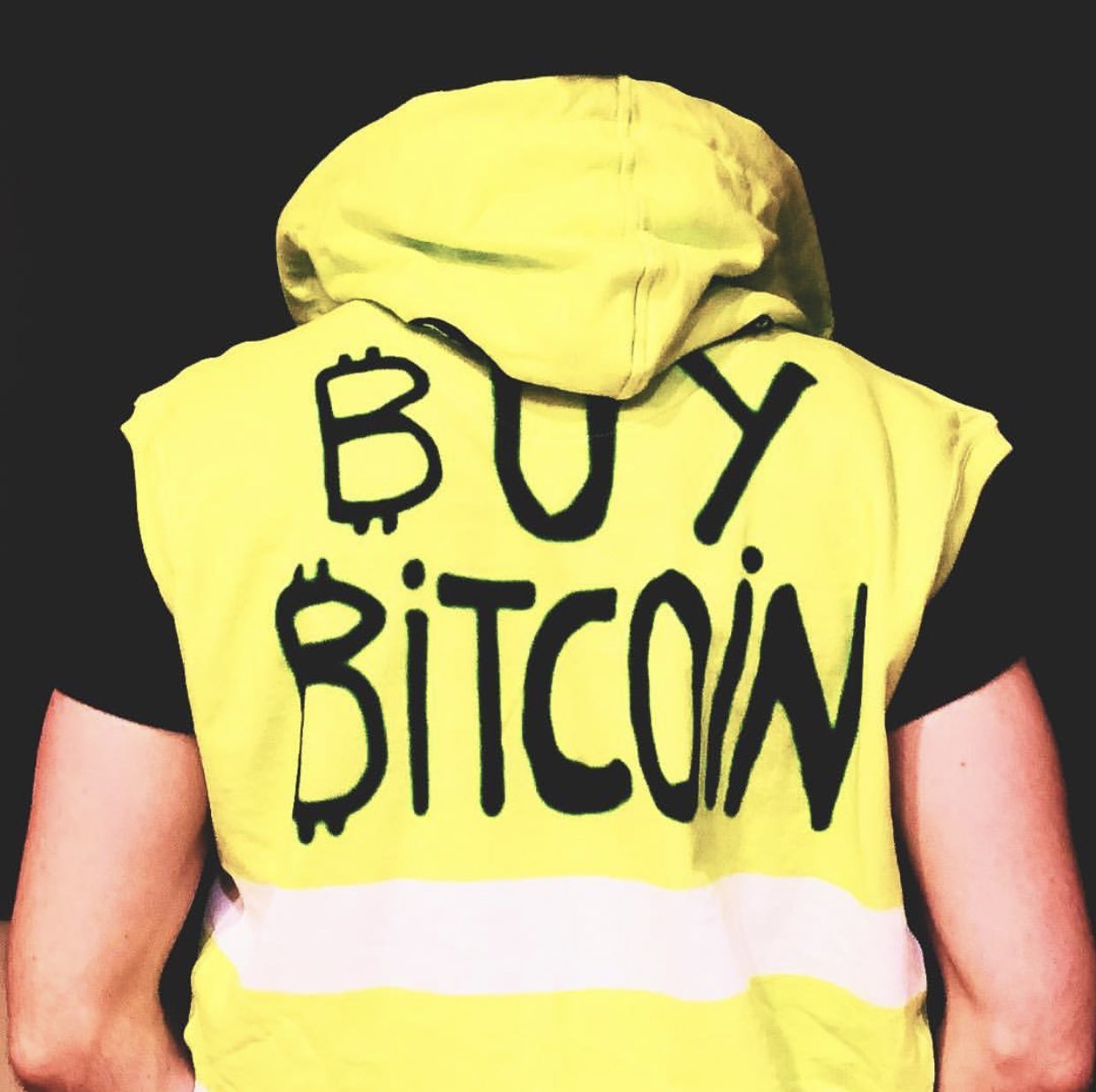 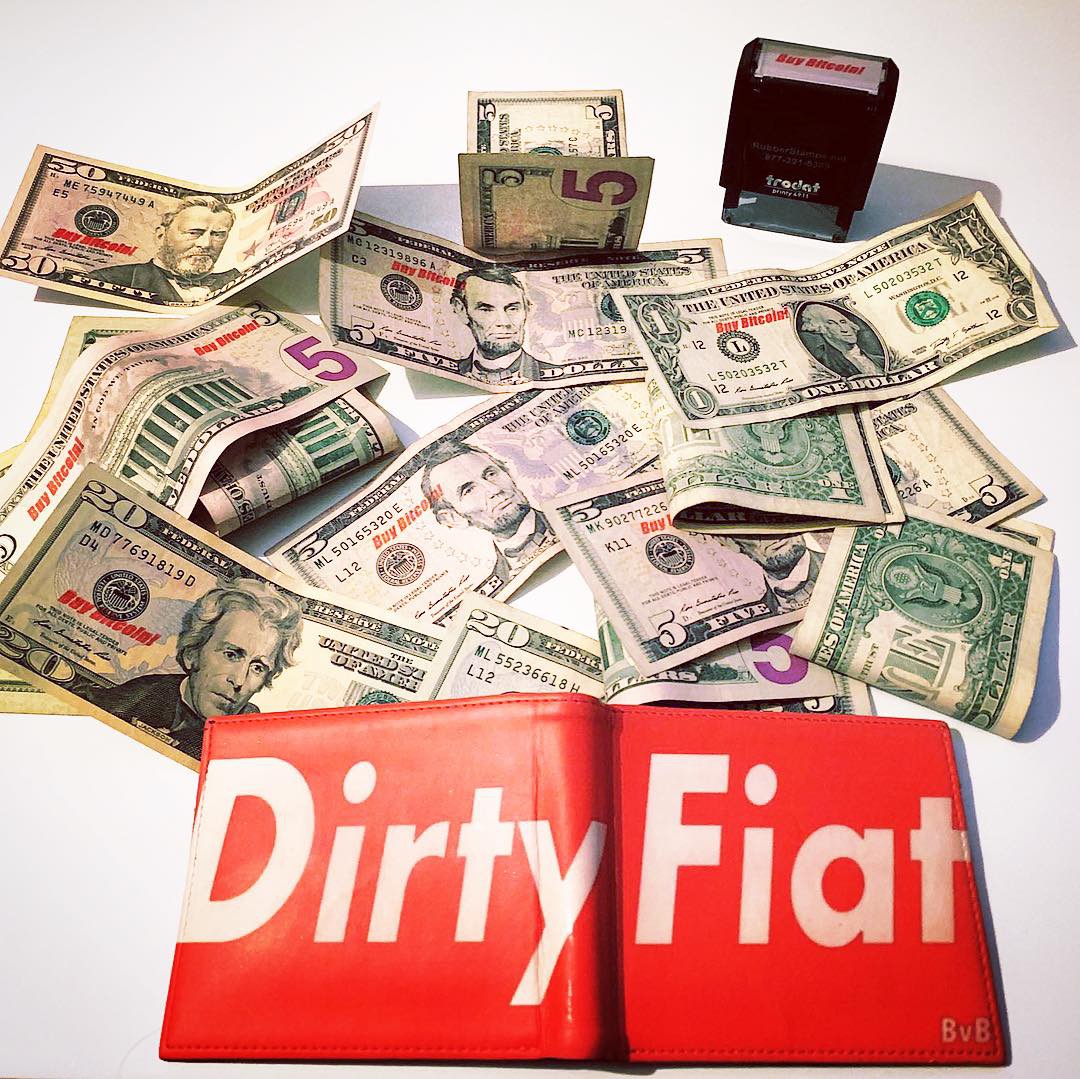 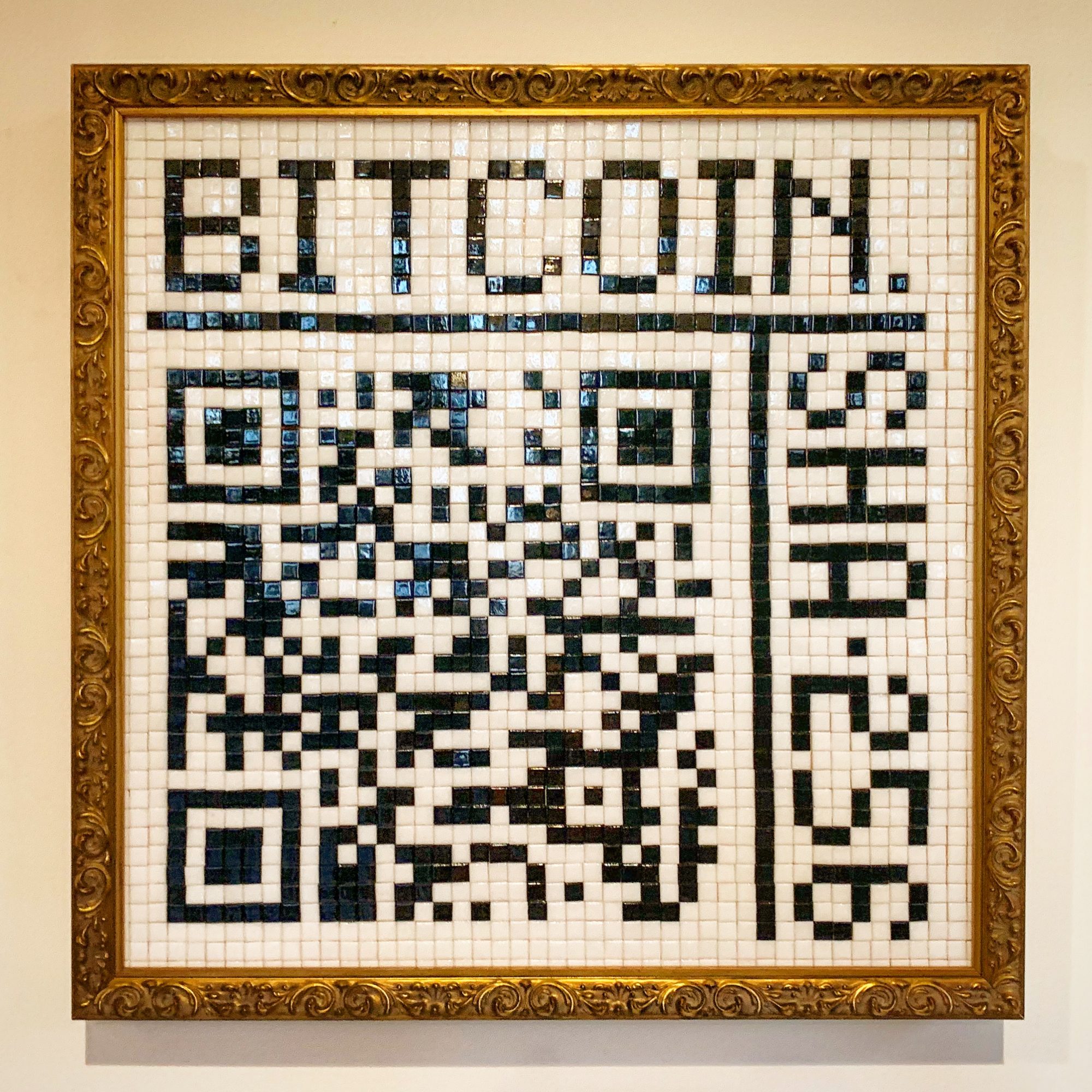 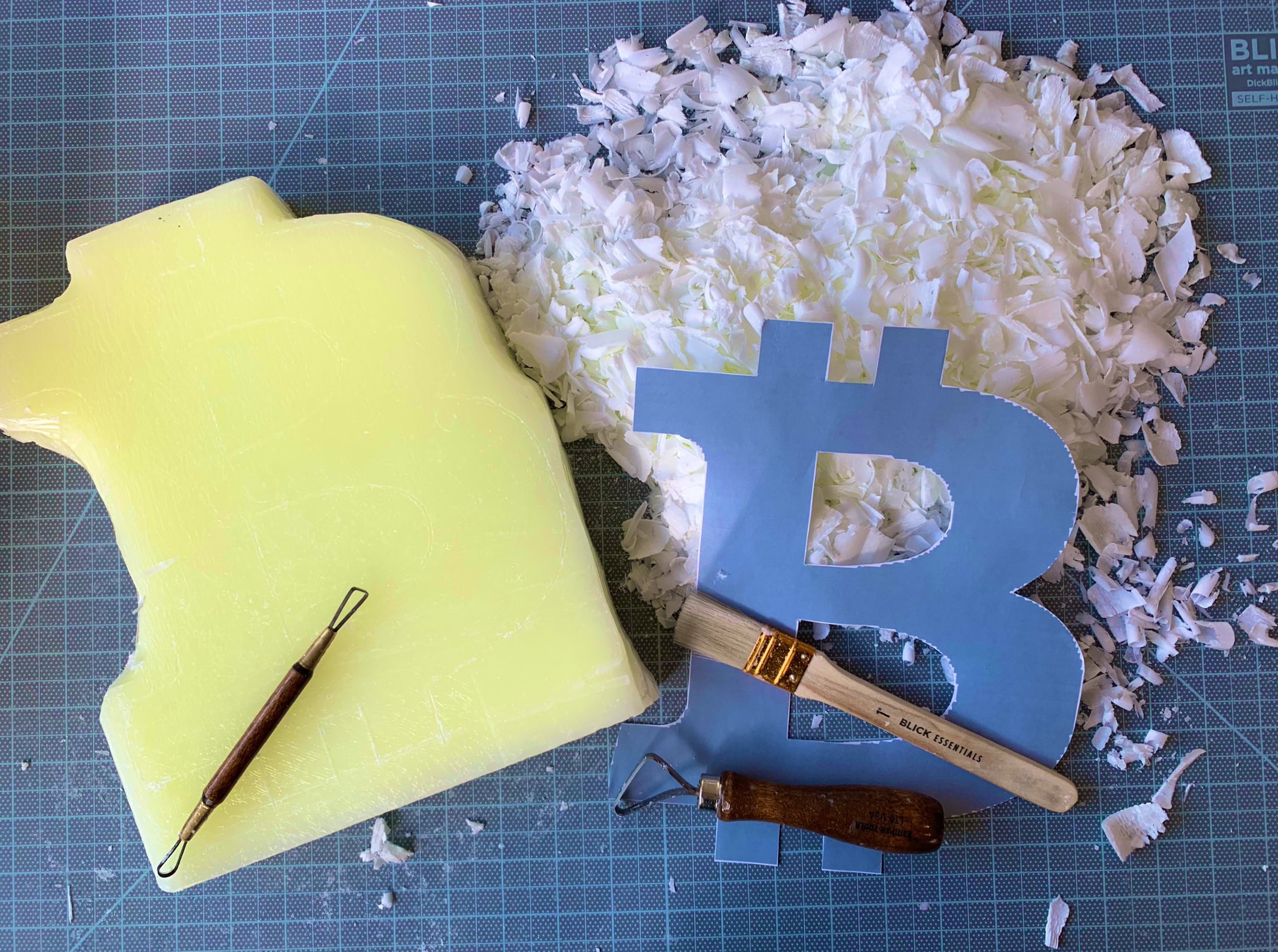