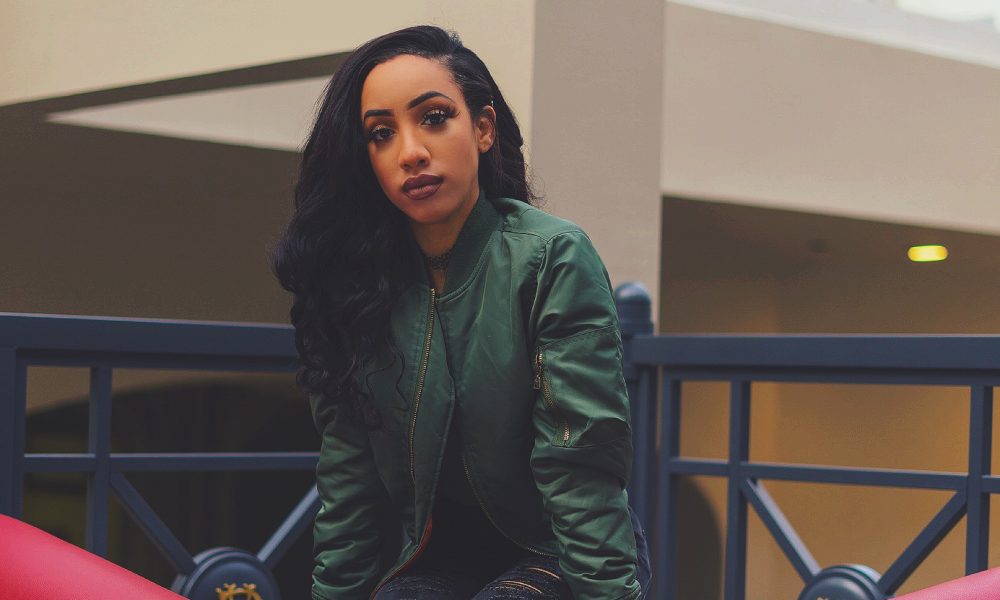 Today we’d like to introduce you to Breana Plunkett.

So, before we jump into specific questions, why don’t you give us some details about you and your story.
I’m originally from Atlanta, GA which is a HUGE music market for many chart-topping artists today. I grew up in a culturally influential music city. At a really early age, I was a pretty introverted person. Anyone from my high school remembers me as “the girl with the headphones”. I even had headphones in different colors to match my outfits! I had more of a connection to music than probably anyone I encountered on a day to day in the hallways.

When I was in middle school, I heard an artist with an EXTREMELY huge record that, in my opinion, changed the entire trajectory of hip hop music today and influenced music for generations to come, but in my opinion, it was for the worse.

I always believed that music should be honest and have something to say to anyone who’s listening. Just like many of the artists I grew up on and loved, music is supposed to inspire and have the power to really change someone’s life. At the time, I felt like this particular artist’s music was insulting to people who put real-time, effort, and love into their craft. I don’t believe in microwave music with no substance.

At 13, I wanted to go into A&R. I had no clue what it would take to get there, but I knew I wanted to support deserving talented artists and give them a platform to reach people the way some of my favorite artists reached me. I wanted to be a tastemaker and really change the sound of music.

I moved to Los Angeles at 24 to get my Master’s Degree in Music Industry Administration. I interned at major labels and agencies that represented major artists. Seven internships, 2 degrees later, I was hired at Universal Music Group – The biggest music company on the planet. It’s like hitting the lotto or winning the super bowl.

Overall, has it been relatively smooth? If not, what were some of the struggles along the way?
Absolutely not. I’ve probably taken more losses than anything and heard more “no’s” than “yes’s”.

I moved across the country and had no family or friends around in brand new city. My first year here, I wanted to quit and move home. My first semester in grad school, I was balancing two internships, a job, & a full workload from school. I was maybe getting maybe 5 hours of sleep a day and also worked several events in the music industry at night as an intern.

Getting to this point was extremely demanding of my time. I think I drank a red bull every morning to even survive my days.

My first real job here, I worked at a call center making minimum wage in LA. My rent was extremely expensive, and I was also paying for school, so it was very stressful trying to make ends meet or even have money for groceries. Even though I was I working part time to also balance my week with one of my internships, it was really hard to just get through the day.

I decided to quit that job in order to earn more money , hoping this would ease a lot of my major stressors. Later I was hired at a jewelry company in DTLA, but little did I know this would be light years worse than my first job. I ended up having to quit my internships in the music industry that I loved being at in order to take this job and survive financially in LA. It was an extremely tough decision. I think I cried every day when I went into work. I have terrible anxiety and being there actually made me sick. My boss there was a helicopter, the office had this terrible clique-y hierarchy, and I just felt constantly on edge and sad sitting at my desk everyday doing something I loathed. It became extremely frustrating feeling like your dreams are slipping away from you, working a dead-end job I had zero passion for. I felt like I hit rock bottom at this company.

Did I also mention during my time there, my car was broken into?

Months later, I finally was at a job I liked as PR coordinator. It was a small agency, but I loved getting the experience. We had a handful of local clients with growing businesses. I was extremely happy here, my boss was very supportive, and I was able to work from home. I really thought I could grow with the company .

I came to realize that most things don’t happen this smoothly for me. The same day I got a call from Atlantic Records for a fall internship, I also got a call from my boss saying she had to let me go due to several clients dropping and her being unable to continue paying me.

One week later, I was driving to class and two cars hit me, totaling my car. It felt like one thing after the other . I couldn’t catch a break.

I was also in the process of moving at the same time. My landlord was going to allow me to move in, however the property had not been properly inspected by the city. For tenants to legally be able to reside in newly built homes, it must go through a series of approvals by the city which can take several months. We had no water, gas, or electricity, therefore we were not approved.

I lived in a hotel for six weeks eating taco bell and chipotle until my new place was ready.

My final semester of school, which was just this past spring semester. I was hired at another PR agency as well as at UMG as an intern. I thought things were really on the up & up for me. I was BROKE at the time so finally having income from my internships and the potential of getting hired at UMG made me very optimistic.

In March, Corona Virus hit, I was two months away from graduating, and all operations from both my internships had stopped. I had no plan and no money.

Over the past two years I’ve had countless setbacks.

We’d love to hear more about your work and what you are currently focused on. What else should we know?
The company I work for is Universal Music Group – the biggest music company in the world. During my time in LA, I specialized in publicity. All of my music backgrounds is in PR.

I think the work that I am most proud of so far is how far I’ve come. Being in a room with the executives you’ve looked up to your entire life and artists you love is so surreal.

I’m really proud of UMG’s Task Force For Meaningful change. I think just being apart of the efforts and having a voice in making a change in the world has been the best part so far.

I think what sets me apart from others is my resilience and my work ethic. I have had alot of ups and downs in LA, and I never gave up. I worked alot of long hours with very little sleep. I worked when I was extremely sick, but this industry doesn’t wait for anyone. Someone is always waiting in line to get your spot for what you want/deserve. I always have the mindset to outwork that person.

What is “success” or “successful” for you?
For me, success is just waking up and doing what I love. Having friends and family around me that truly support and cares about me and what I do. Financial freedom…. oh and maybe a regular trips to Fiji.

I haven’t hit that yet, but I am definitely working on it, and I am SO excited for this journey. The good and the bad. 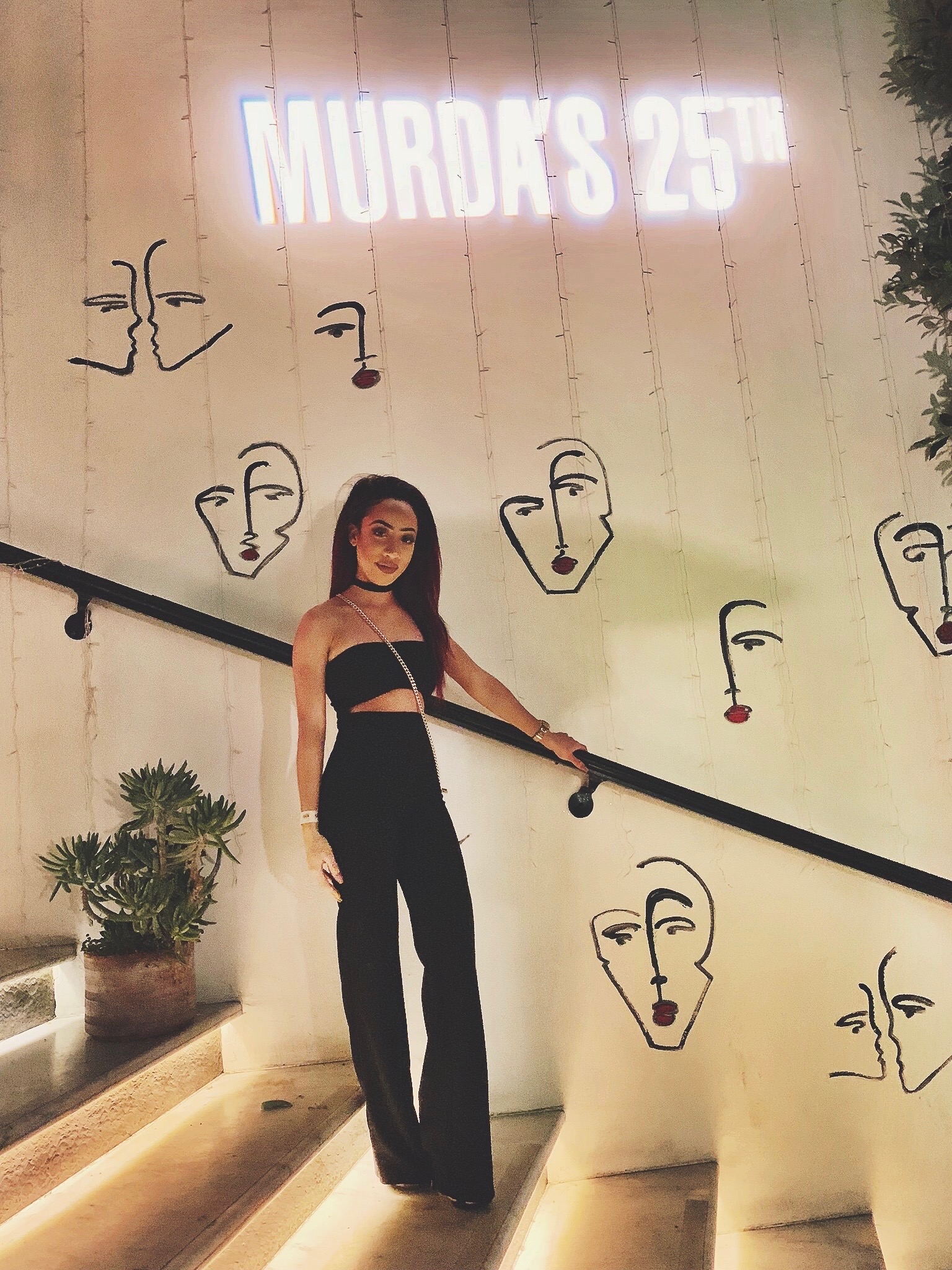 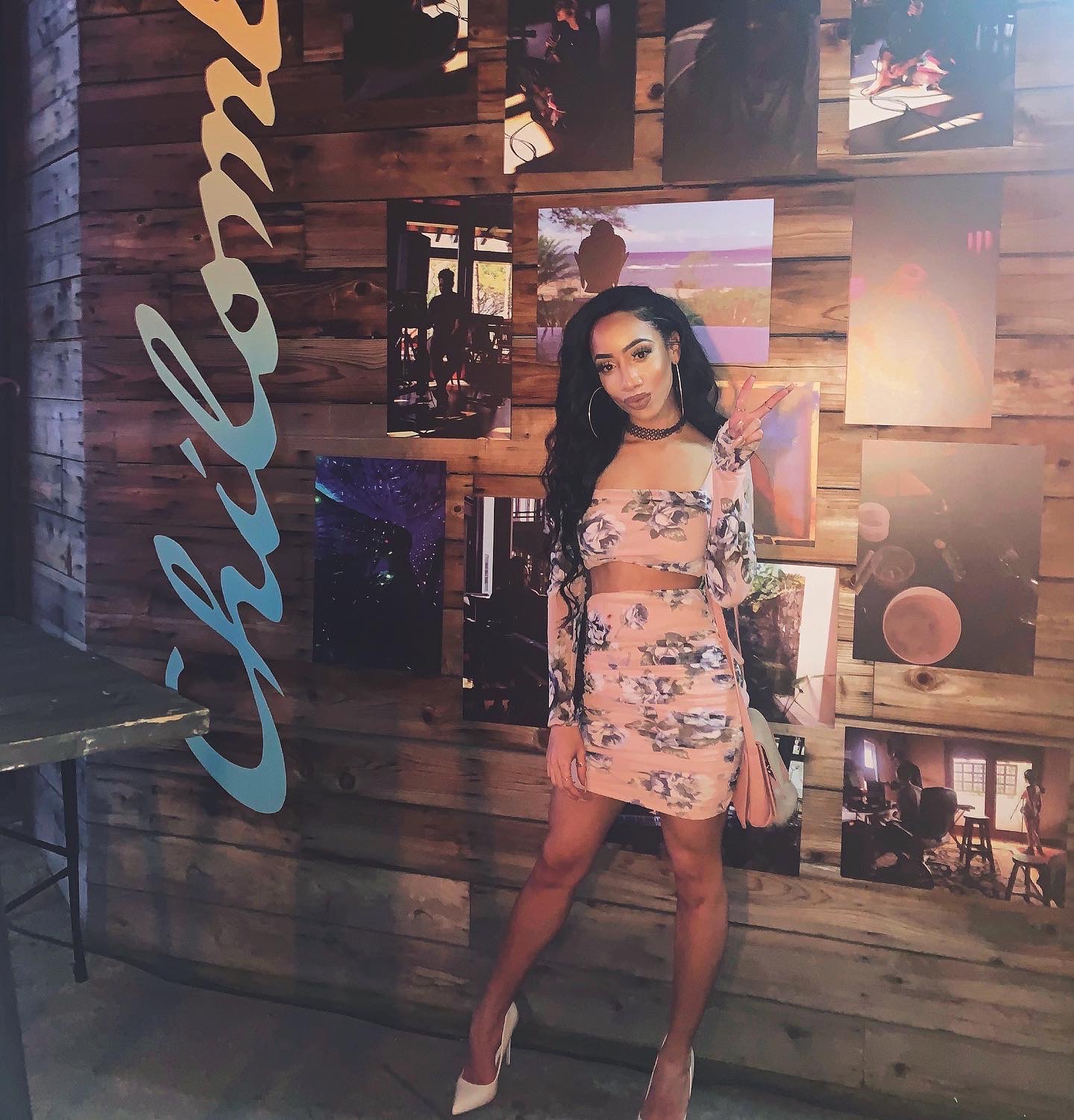 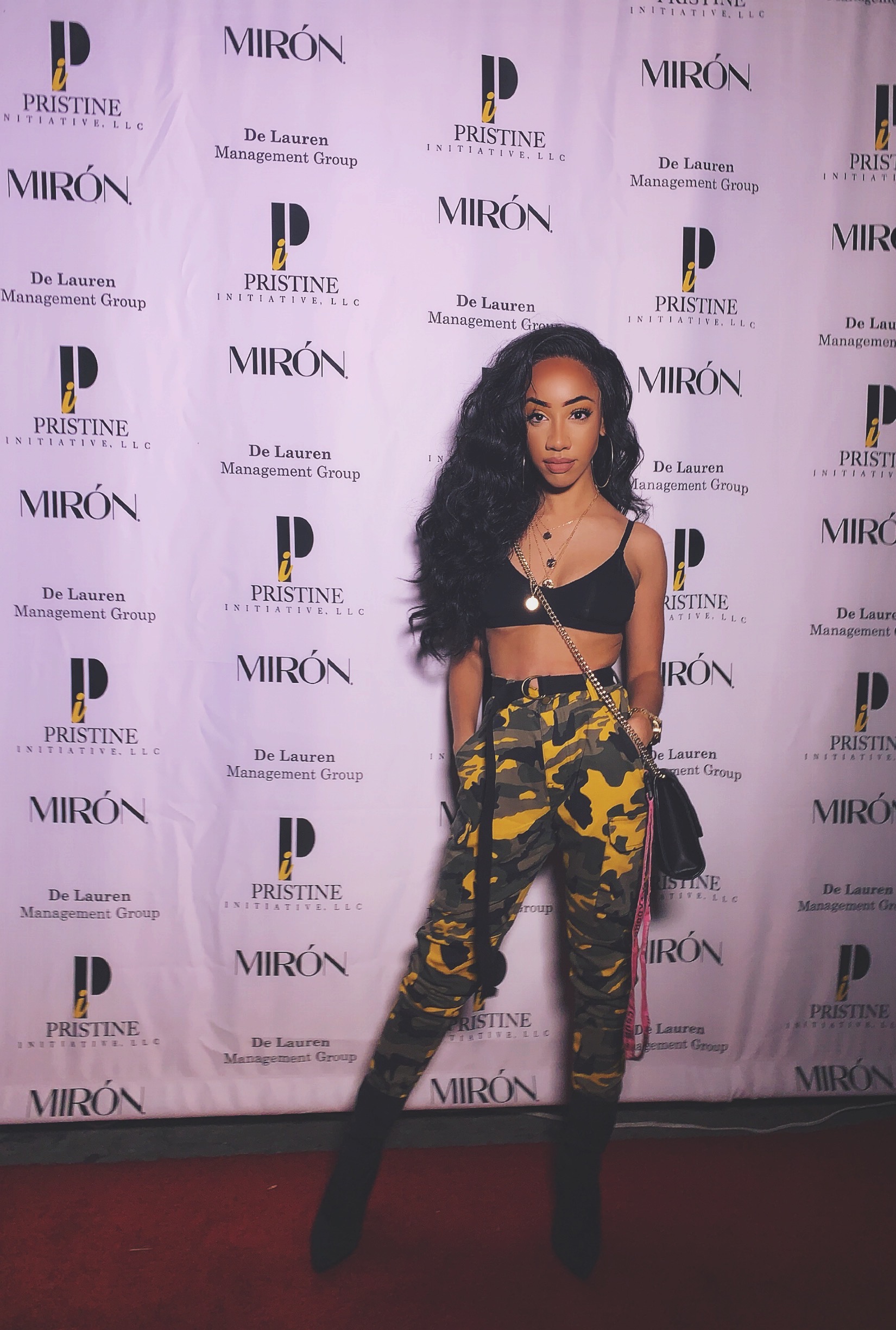 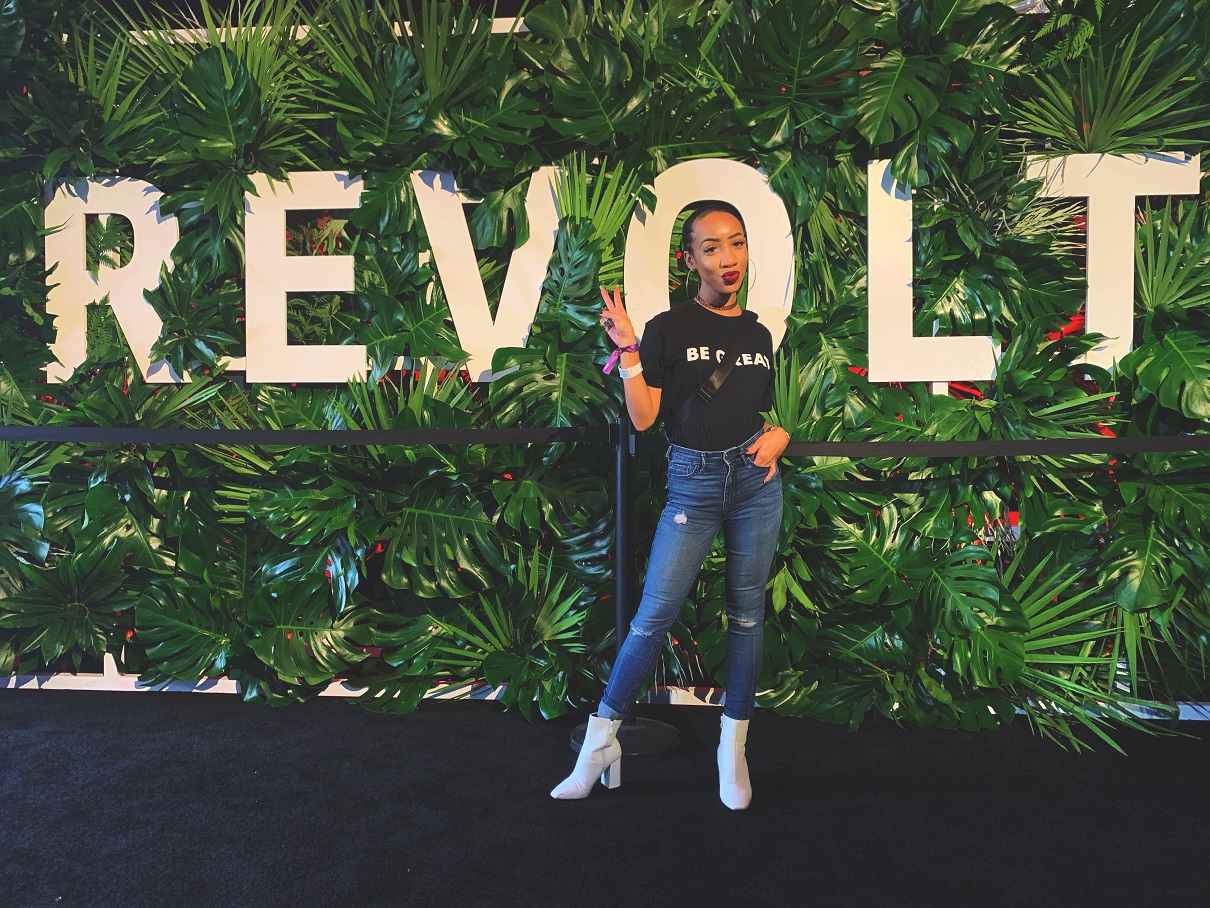