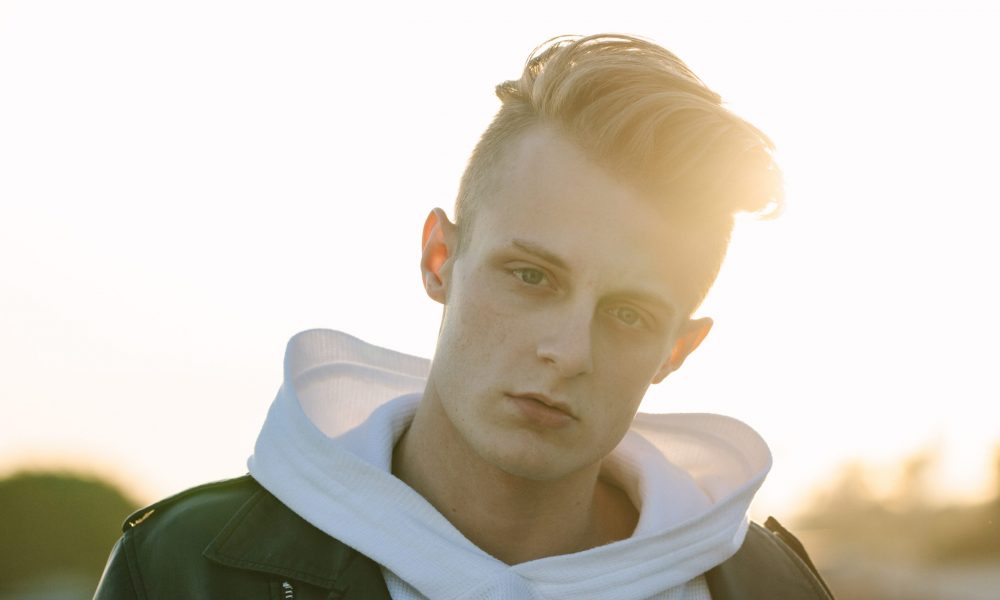 Today we’d like to introduce you to Braxton Hale.

Braxton, let’s start with your story. We’d love to hear how you got started and how the journey has been so far.
I am an actor! I moved from Indiana to LA back in 2017 for an acting conservatory by the name of AADA. Before realizing this is what I wanted to do as a career, I took background roles in Chicago on shows like Empire, Chicago Med, Chicago Fire and Chicago P.D & I absolutely fell in love with the set life and the collective group of people who were all working together because they all had the same goal; to get the scene right, so the scene will be finished, so they can finish the episode, so they can start on the next one and then over and over again! I quickly became enamored with the life and quit my day job as a server at Olive Garden and started doing extra work 3-5 days a week (mind you, that’s a 2.5 hour drive from Indiana & that drive was made at least once a day!) After a few months of doing that, I had the opportunity to audition for a speaking role in a film! The extras casting lady that I became close with actually referred me to them and that’s really where my story begins. I booked the lead role in the film! During filming, I auditioned for AADA for the upcoming winter class and I was accepted. After I had wrapped, I only had a one week period before I got in my car and drove cross country to get to the sunny state of Cali!

Great, so let’s dig a little deeper into the story – has it been an easy path overall and if not, what were the challenges you’ve had to overcome?
Well, with life, how can anything be smooth? I had a lot of hiccups in my road since the very beginning but I won’t go back that far. The day my Dad & I got in the car to start driving was the day our problems started. We didn’t make it but one state over and my car started having problems, Then, every single other state between Illinois & California, my car either fully broke down or we had to pull over and fix something. What was originally supposed to be a 3o something hour trip turned into almost five days of traveling.

Never give up and please do not take your first hiccup as a sign that you shouldn’t be doing this because that’s the universe throwing stuff at you to try and bog you down & it will never stop doing that! Stay strong and push through whatever it is because I promise you, there are better days and brighter skies. Just worry about your mentality and don’t pay any mind to your friend’s career, who may have not had as many obstacles to cross as you had to. NO TWO PEOPLE HAVE THE SAME STORY!!!

We’d love to hear more about your work and what you are currently focused on. What else should we know?
As of right now, my career specializes in any opportunity that I earn. When I become more established and I am able to pick and choose projects, maybe then it will be a different story but I’m not sure? I’m a firm believer that any chance to work is a blessing and will lead to the next project and so on. I would, ultimately, really like to specialize in making bold characters that people will remember, no matter what rating the film/show receives & no matter the genre.

At this point in my career, I would say that people would either know me for my red leather diaper that I wore in a Gucci campaign or the Netflix Original 100 Humans, where I play Human #90. Yes, the diaper bit happened… I would say that I am and will always be proud of my passion for the career that I decided to take because I know that it is a leap of faith, especially uprooting yourself and moving to a whole new side of the country. I am proud of myself and my accomplishments and I think that is very important to keep in mind; to have pride in yourself and your work, but to never get lazy or settle. I think what sets me apart from others is my mentality and my patience. I have the training now, I take this career very seriously, knowing that it is a job & that it needs to be treated as such. Patience is the absolutely key in everyday life & careers; things don’t just happen, you have to put in the work and stay patient and hungry!

What moment in your career do you look back most fondly on?
My proudest moment so far would for sure be the Gucci campaign that I worked on. Hands down, the most amazing experience a new, young actor could’ve ever had. It was filmed at the Universal lot, which I had never been there even for the amusement park so it was just a big, new experience for me. I had the audition a few weeks earlier, which was only a few photos that were taken and then they sent us on our way. Skip to, coming to universal for my fitting (no diaper, yet) and just as I am walking onto the elevator to leave, the casting director stops me and hands me sides and asks if I could cold read them. He sets up his laptop and within seconds, he’s auditioning me for something but I had no idea what. Next thing I know, I get a call from casting, asking me to come back the next day for another fitting and that’s when I was met with the loveliest and brightest red diaper I had ever seen and casting, telling me that I booked the role and I would be wearing this diaper and flannel onto a red carpet scene. I would’ve never said, at the beginning of my career, that I want to wear a leather Gucci diaper one day, but it happened and now, I am forever grateful. 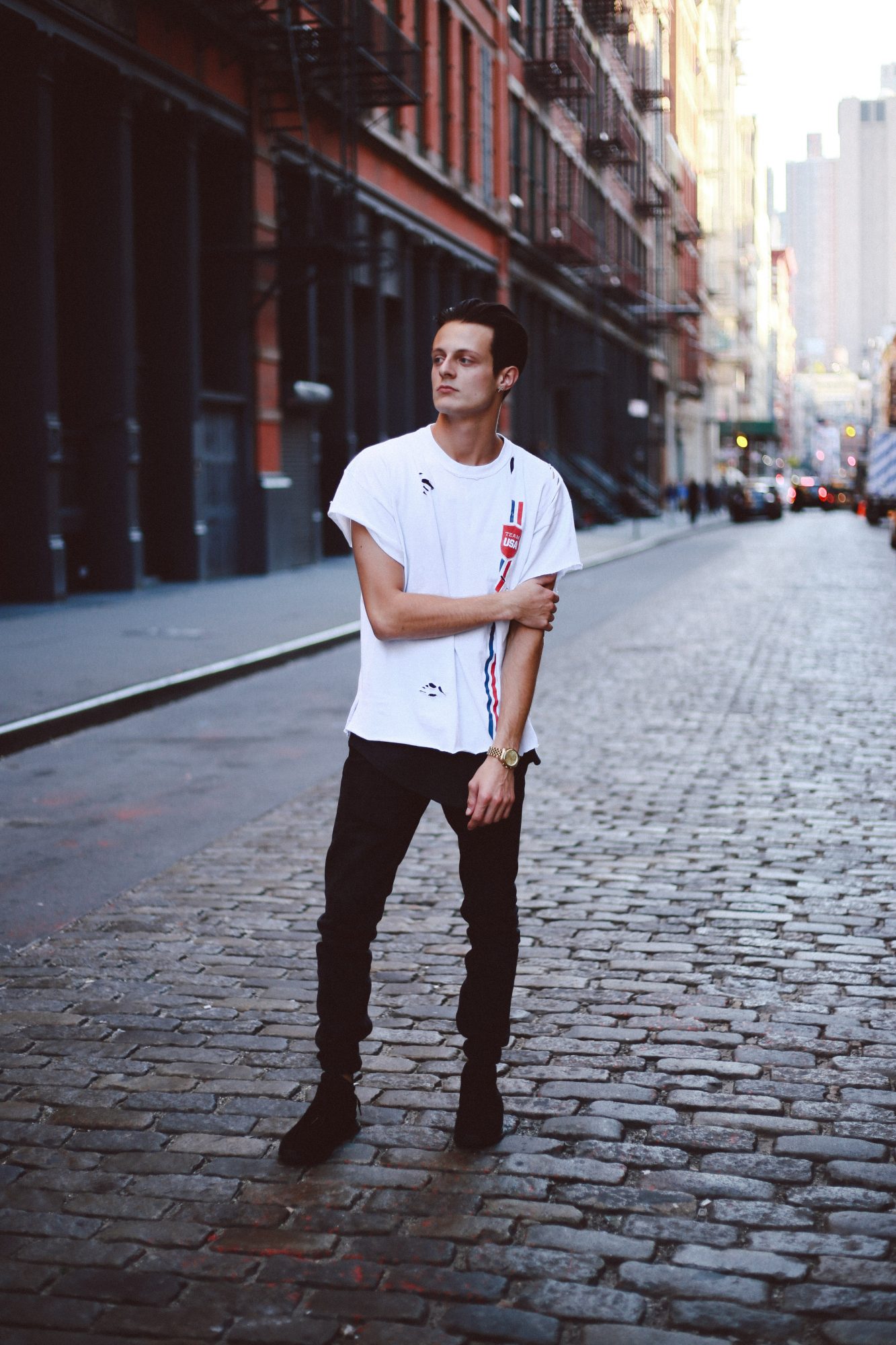 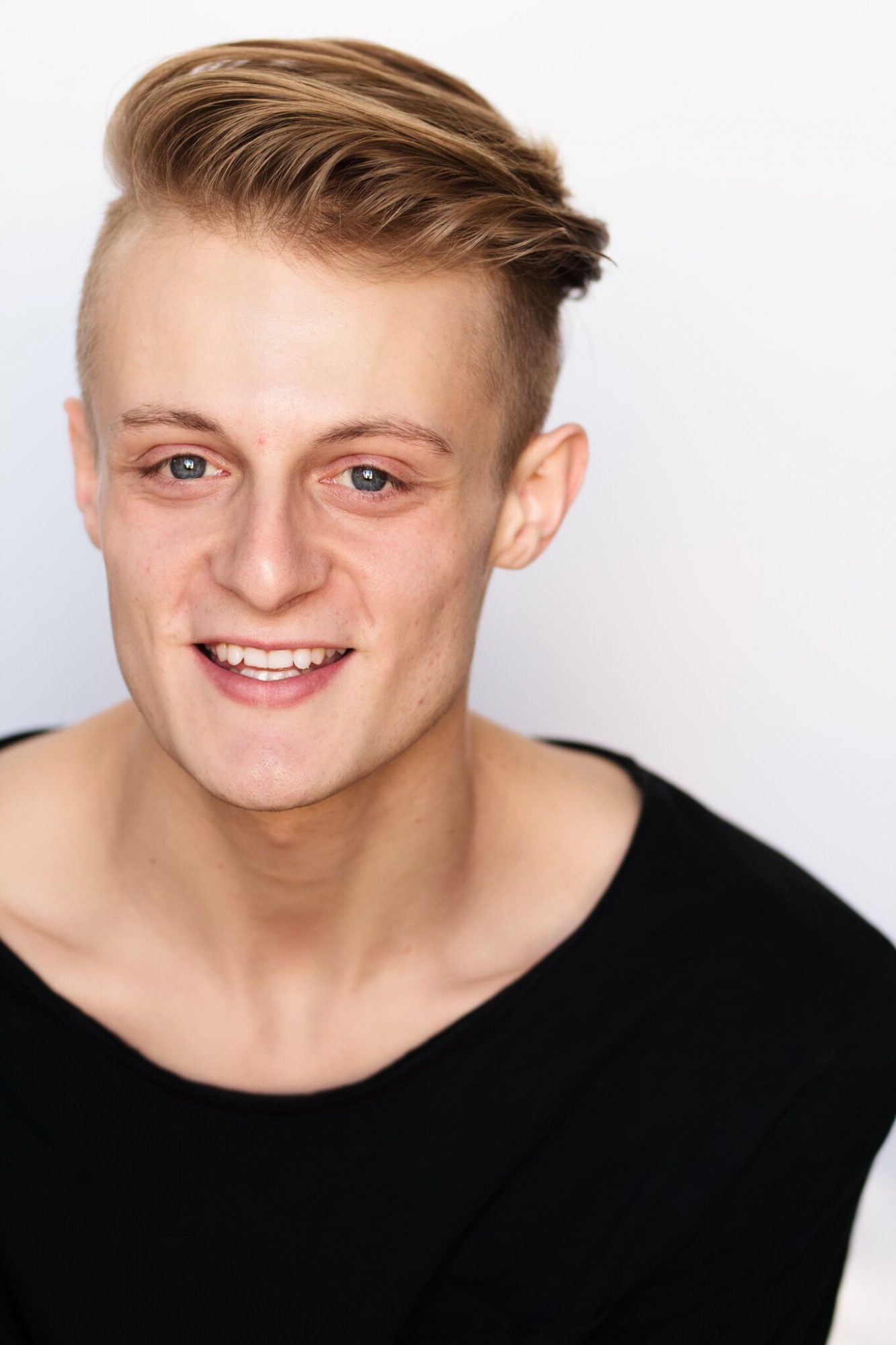 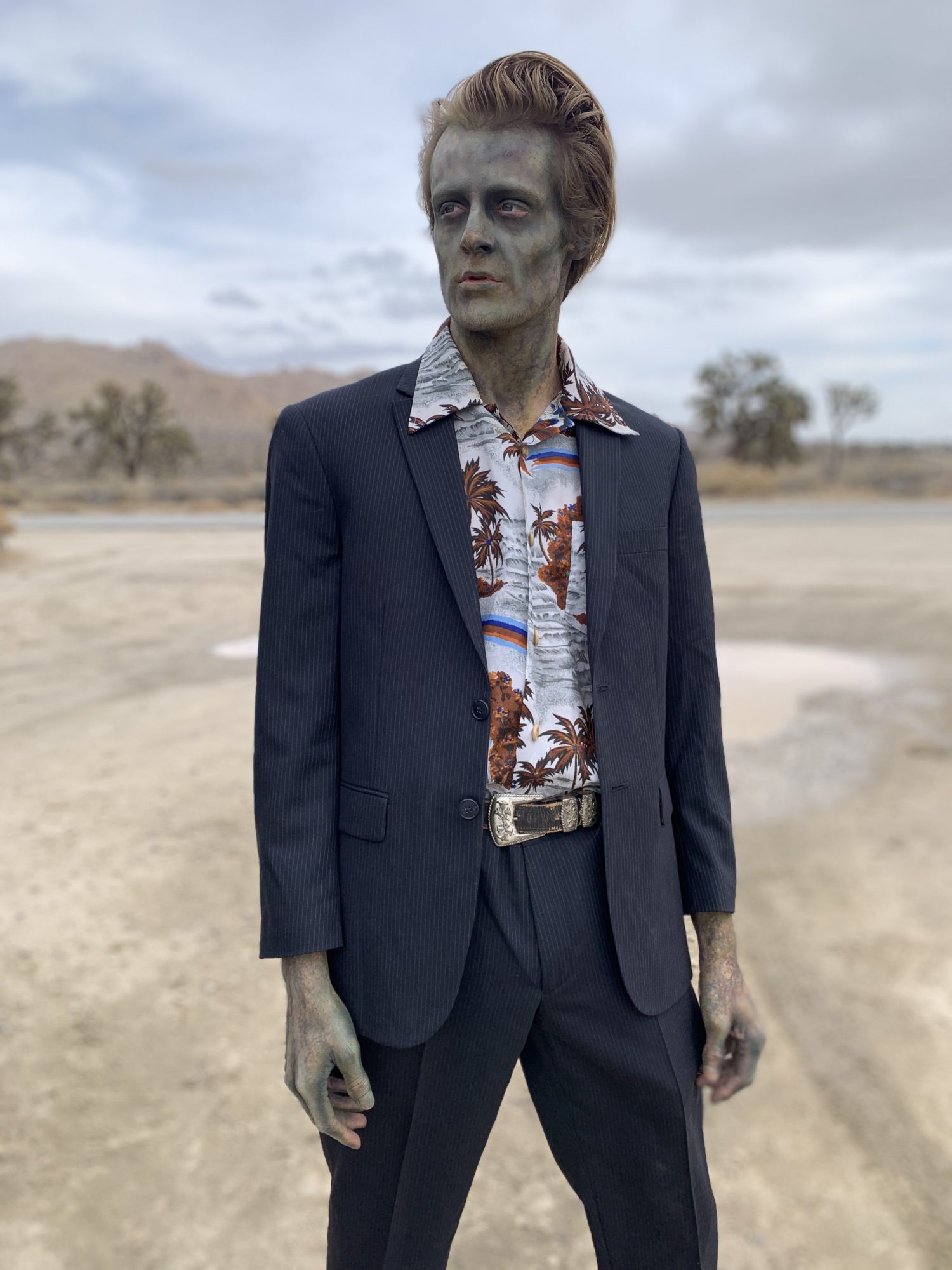 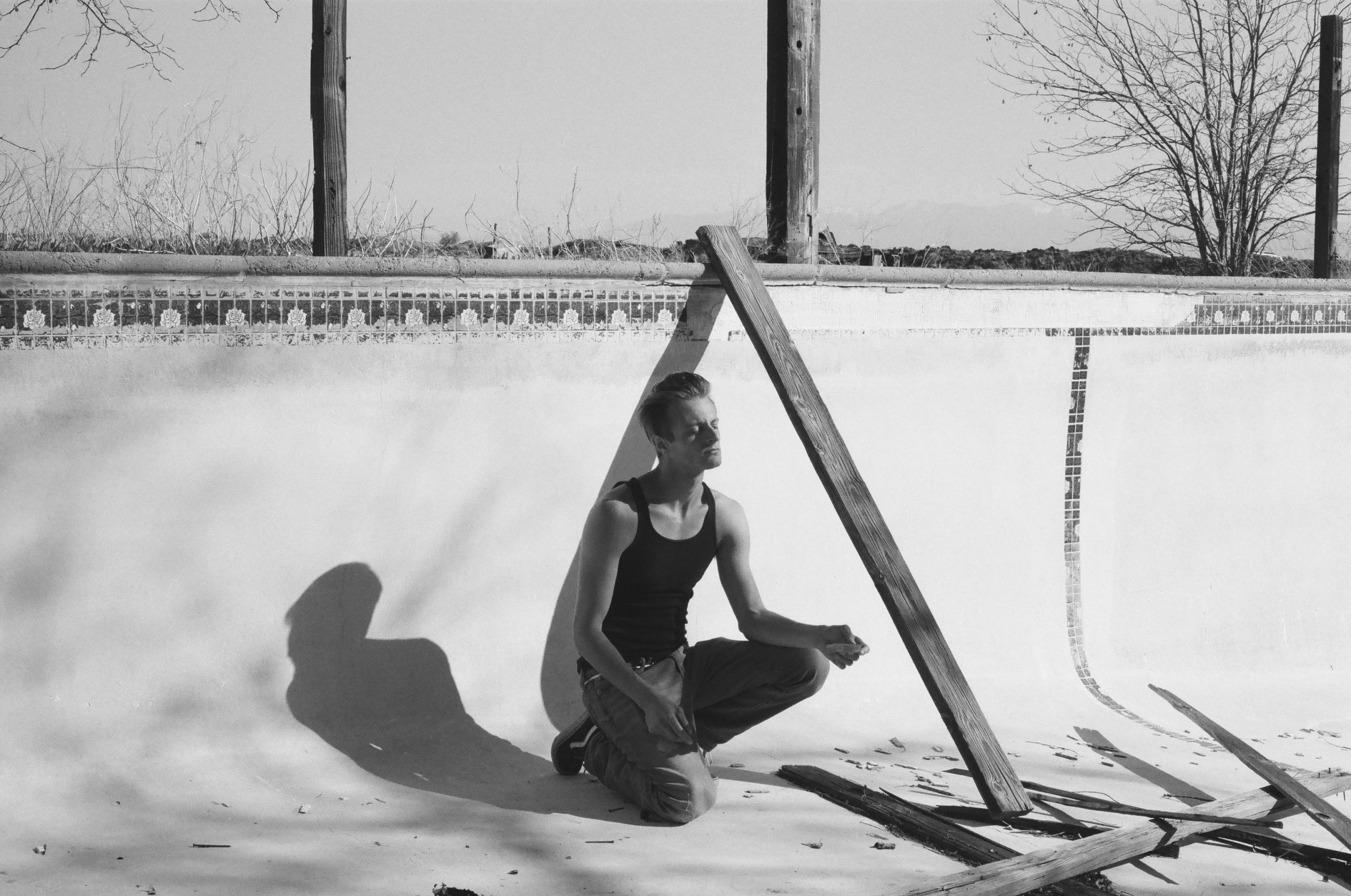 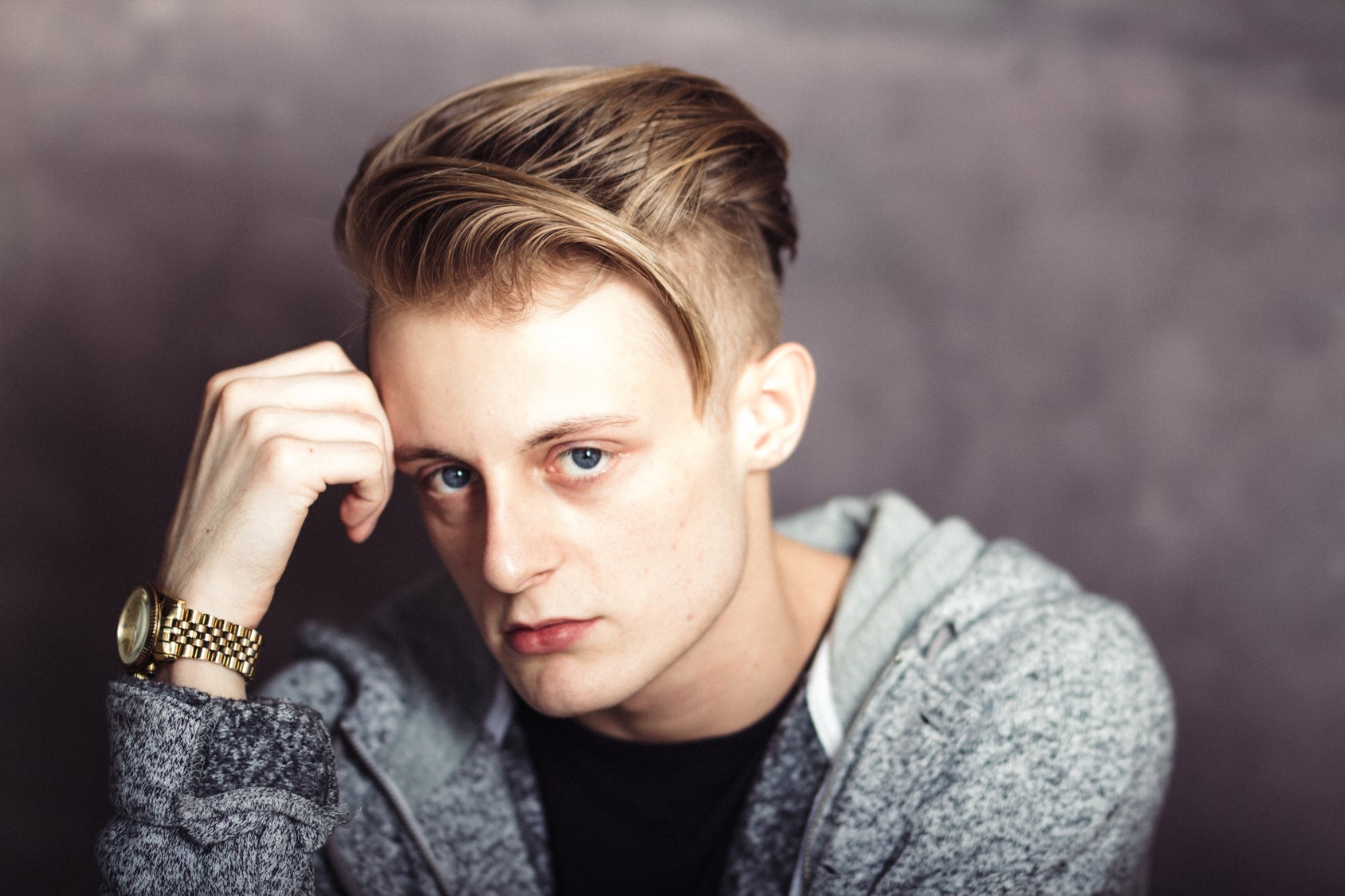 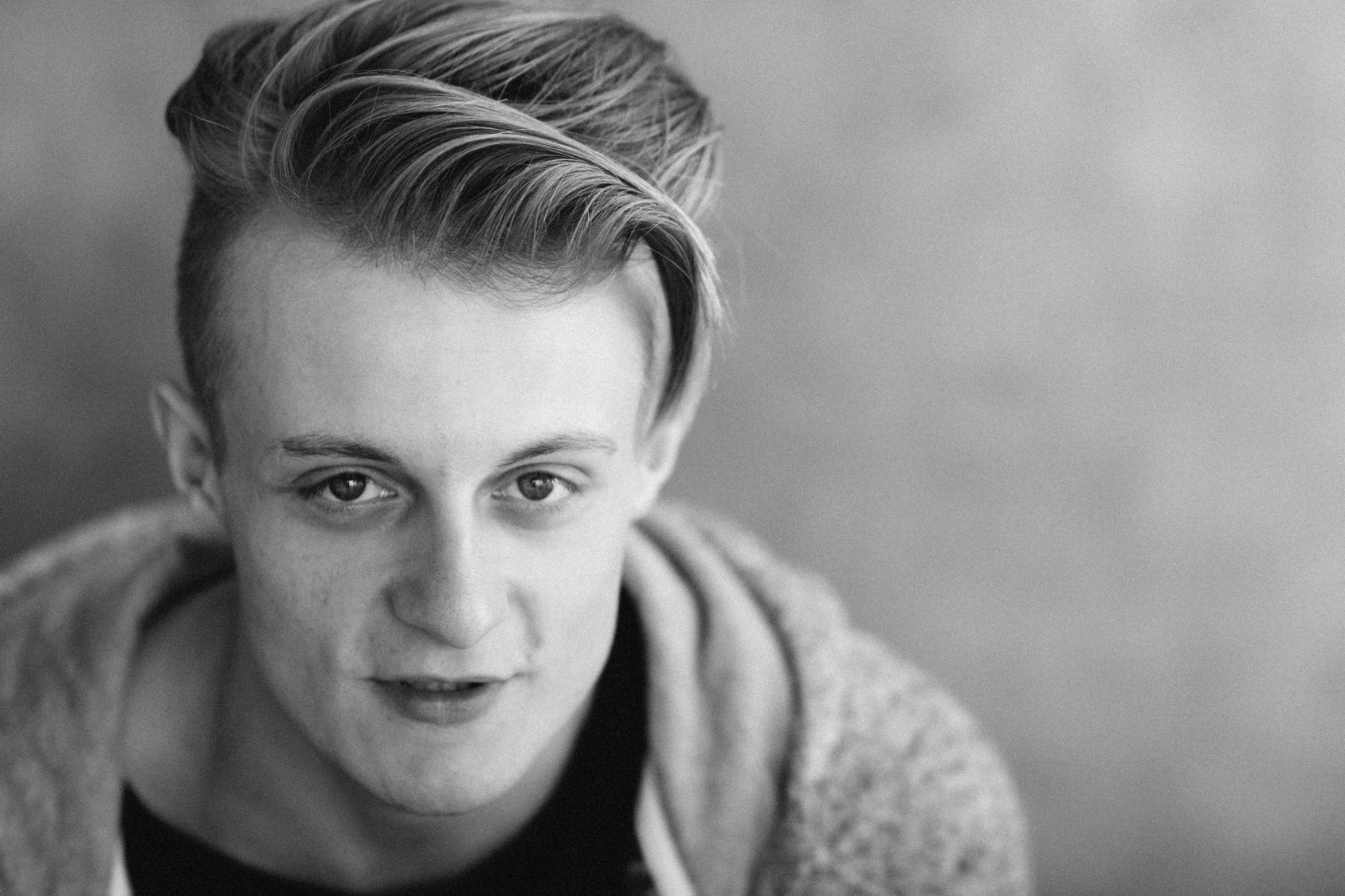