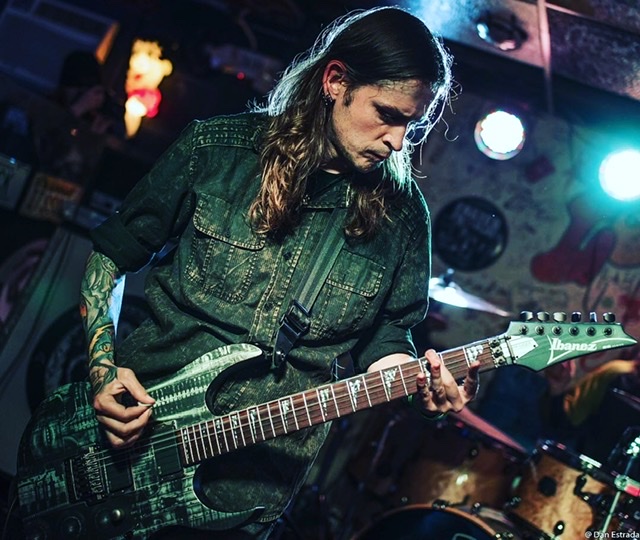 Today we’d like to introduce you to Brandon Mendenhall.

So, before we jump into specific questions, why don’t you give us some details about you and your story.
“If you asked me why I want to be a rock star…it’s not about the fame or money,” guitarist/songwriter Brandon Mendenhall states. “I have a unique opportunity to inspire people and kids with disabilities with my playing, my music and my story. I truly believe that’s what I was put on this earth to do.”

Born with Cerebral Palsy, an incurable neurological disorder affecting movement, coordination and, balance; Brandon Mendenhall faces numerous challenges. With limited movement on his left side and zero mobility in his left hand, the odds were stacked against him from birth.

However, inspired by acts such as Korn and Pantera, Brandon taught himself how to play guitar at the age of 19, rehabilitating his left hand without surgical intervention. “Once I was able to get a guitar in my hands, it changed my life,” he says. That passion for music sparked something in his soul and a dream began to form…a dream that was thought to be impossible: Brandon wanted to play guitar and form a band. He recalls,“My grandfather told me,‘You’ll never be a guitarist. Don’t even try.’ And that crushed me. Those words lit a fire in me. I was determined that I could do this.”

The Mendenhall Experiment was born as Brandon’s own personal aspiration to be in a world-famous band while working within the limitations of Cerebral Palsy, knowing full well that the cards were stacked against finding musicians willing to work with him. Possessing a fierce desire to succeed, Brandon went to visit a friend in the Rock & Roll Mecca of Los Angeles- and never left, pursuing his dream with relentless tenacity and bulldog determination. Failure was not an option.

Formed in 2008, The Mendenhall Experiment also features bass player Nathan Stockton, who overcame a disability of his own-childhood deafness-through the power of music. He and Brandon are joined by Justin Lubeck and Alex Zimmer on drums and lead guitar respectively, plus singer Mario Valadez, who perfectly interprets the band and Brandon’s struggles in his lyrics and vocals while supported by a pounding rhythm section and a face-melting dual axe attack. “Without being told you would be hard-pressed to notice the physical challenges Brandon endures,” notes TMX manager Gregg Journigan.

Based in Southern California, TMX has been regularly performing on the infamous Sunset Strip in addition to gigs throughout the region opening for the likes of such metal mainstays as John 5, POD, Alien Ant Farm, Kill Devil Hill, Fear Factory, Prong, Flaw, Metal Allegiance, Smile Empty Soul, Cold, and more. In 2013, the five-piece performed at the Monster Energy Aftershock Festival in Sacramento, California, sharing the stage with Korn, Megadeth, and Five Finger Death Punch.

A breakthrough occurred on June 17, 2014, when TMX made it to the final round of The Battle of the Bands for Warped Tour. After an electrifying performance that left the audience screaming for more, The Mendenhall Experiment took second place. The subsequent buzz reached the discerning ears at Liquid Bit Music Productions and in August 2014, TMX inked a publishing deal with the company, six years to the day after the initial incarnation of The Mendenhall Experiment performed its first show in Brandon’s hometown of Kankakee, Illinois. Shortly thereafter, the quintet put pen to paper again to sign their first development deal with Lucent Records, including national digital distribution through Universal Music Group.

TMX’s inspiring and energetic performances strive to bring a positive message to the masses. They stand strong for disability awareness in support of Brandon, who observes, “At our shows, we are starting to see the impact of our mission to inspire others on a consistent basis. Our fans and supporters come to us and give their personal testimonies and praise about how we are touching their lives, and the lives of others with disabilities.” The music and lyrics resonate far beyond the disabilities, inspiring people to seize every day and celebrate life.

The Mendenhall Experiment began recording their current EP in various studios in Los Angeles with the help of some very special guests: James “Munky” Shaffer (Korn) and Danny Lohner (NIN/A Perfect Circle) The EP is available everywhere online and the debut single, “Seize the Day”, has received over thirty-thousand views on Vevo/YouTube.

The music video was acclaimed Video of the Year at the 2015 LRT Music Video Awards in Hollywood, California, celebrating independent music, while Brandon was deemed Trailblazer of the Year at the 2015 United Cerebral Palsy Los Angeles Art of Care annual event. In addition, he was also named celebrity ambassador for Day Trippers, a UK-based charity assisting disabled people in Great Britain. A feature documentary film detailing Brandon and the band’s story, Mind Over Matter, was released in 2019; directed by French filmmaker Sébastien Paquet (Korn, Wounded Warriors). In 2016 TMX made a triumphant return to the Aftershock Festival in Sacramento, California, graduating to the main stage and playing to over four-thousand wildly enthusiastic fans. TMX has also performed at the 2017 Rocklahoma festival. So far, the band has completed six tours which are comprised of three headlining tours and three national tours. In 2019 they released the singles “Unwanted” and a surprise acoustic version of “Nothing Good Came Easy” to much acclaim from fans. Currently, The Mendenhall Experiment is back in the studio and have just finished shooting a music video for “Prosthetic” which features Munky from Korn. The Mendenhall Experiment is also currently sponsored by Monster Energy, Ibanez Guitars, EMG Pickups, SIT Strings, and InTune Guitar Picks.

Brandon maintains a vision for TMX that some may deem unrealistic: “I am confident that as The Mendenhall Experiment brand continues to grow and see greater success, we can begin to inspire people on a global scale with our music, touching not only the lives of individuals but also changing the global perception of people with disabilities.” But considering all that he’s overcome thus far, it would be difficult to bet against Brandon and “The Experiment” that bears his name fulfilling those goals!

Overall, has it been relatively smooth? If not, what were some of the struggles along the way?
Trying to be successful in the music industry as rock band is challenging enough. Imagine trying to accomplish that with a disability like my Cerebral Palsy or my bassist’s Nate Stockton’s blindness or partial deafness. It’s been a journey to say the least, anything you can think the “naysayers” might have said about us has probably actually been said. We don’t let it get us down though, the negativity becomes our fuel to push forward using our mantra of mind over matter to stay driven and focused.

The Mendenhall Experriment – what should we know? What do you do best? What sets you apart from the competition?
We are a rock band like no other. We are focused on using our band/brand as a platform to raise disability awareness and to inspire others not to be fearful of those with disabilities and to be more inclusive. We lead with the message of that anything in life is achievable through motivation, dedication and hard work.

What is “success” or “successful” for you?
For most rock bands, success is measured by the cliche of fame and money. While both of those things are nice. They both have a tendency to come and go. For me personally, I like to measure our success from the consistent stream of positive feedback that we receive from our friends, peers and community that we are making an inspiring impact on their lives. When that starts to decline, we know that it’s time to re-examine some of the things we are doing. 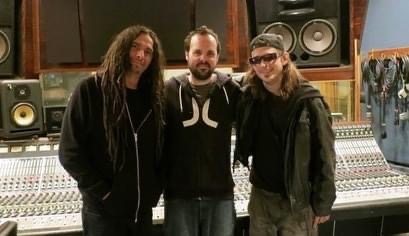 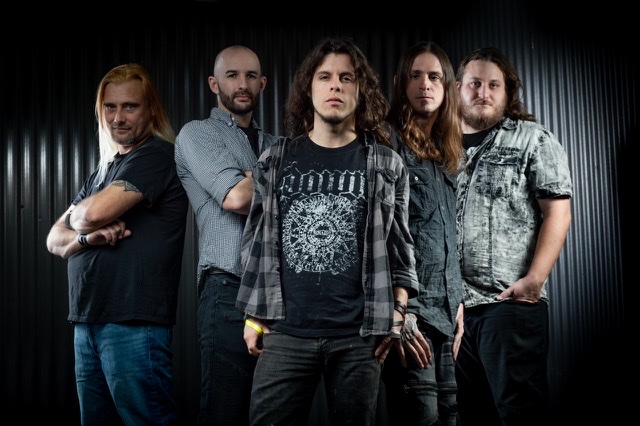 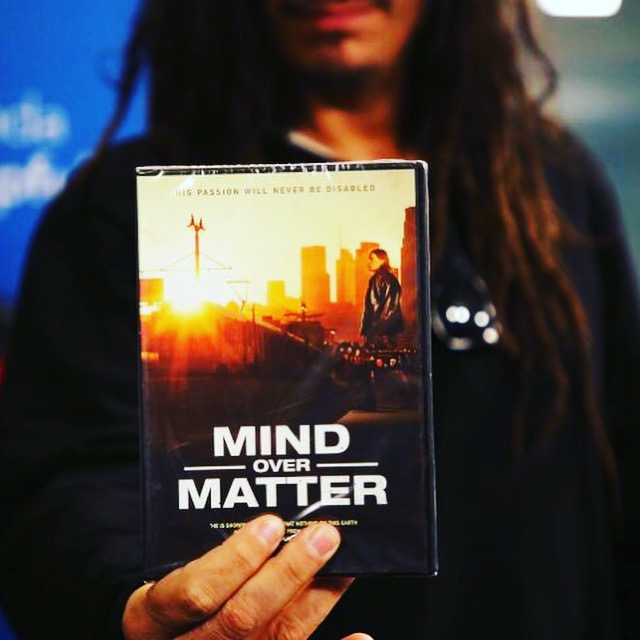 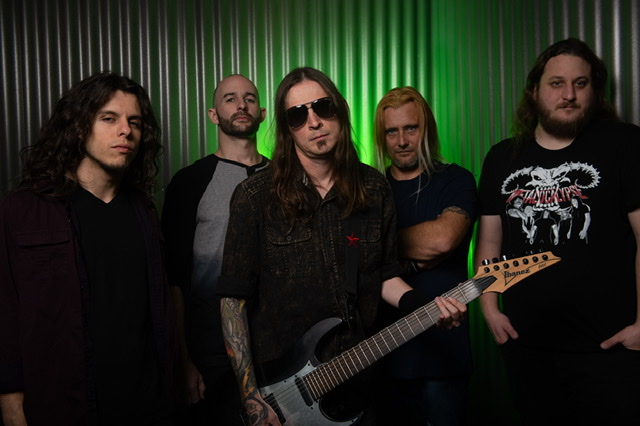 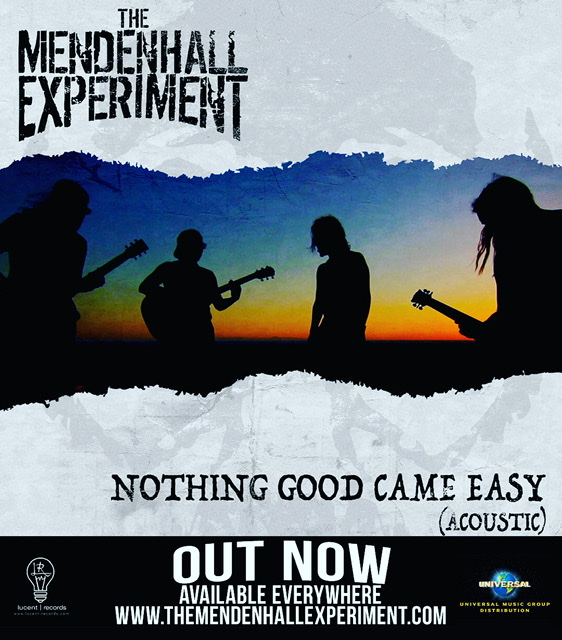 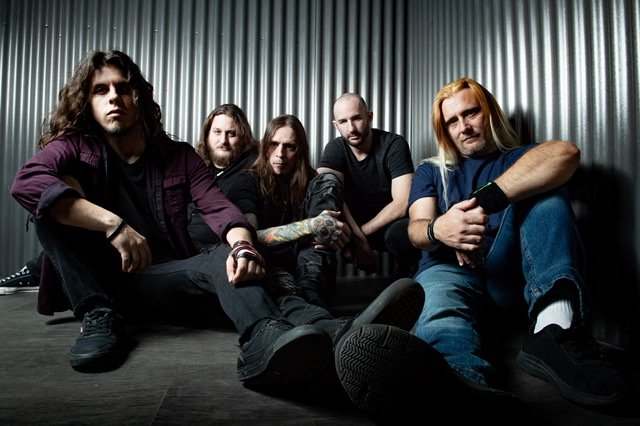