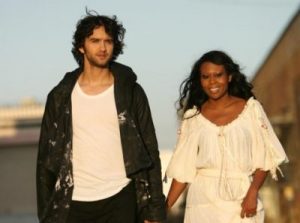 Today we’d like to introduce you to Brandee and Michael Steger.

Brandee and Michael Steger are California kids who met when we were 12 years old. We grew up in the suburbs outside of Los Angeles, and we pretty much have an “All American” boy meets girl story. The only difference between our story and the stories you read about in romance novels or see in your favorite romantic comedies is that I’m African American and he’s Ecuadorian and British.

We started our production company, Book 11 Productions so that we could create more opportunities for ourselves and other actors of color. We just decided to stop complaining about not feeling represented enough in the entertainment industry and start creating our own opportunities. We started off by producing my one-woman show, Brandee Built on Crazee, which ran for eight weeks to a packed audience at the Stella Adler Theatre in Hollywood.

Shortly after, we produced an Emmy considered web series called, Not So Union. And we produced an award-winning short film, starring Ted Danson, called The Wrights, which won the best acting award at the Culver City Film Festival. And we are now producing an independent feature film, alongside Executive Producer Antonio Enciso, called “White Like Me,” about a Black woman who gets frustrated with where she is in life and decides to go into the world as a white man. www.WhiteLikeMethefilm.com.

Through crowdfunding and with the help of investors we are able to go into production this Spring! We are still accepting contributions to help us move swiftly through production and post-production. http://ifundwomen.com/projects/white-like-me.

A few years ago, Michael had a long run on a TV show, and I had a lot of downtimes. Not a lot of acting jobs were coming my way. So, I decided to take my love of vintage clothing and shopping and start a business. In 2013, I opened my online vintage shop, Harlem RagShop 1934 on Etsy. I had a lot of success with my online shop and shortly after I was invited to add my collection to Vintage Vortex, a perfectly funky vintage store in Los Feliz/Silverlake.

Next thing I knew, my clothing was on musicians, actors, city folks and could be found on TV shows like Glow, The Goldbergs, This Is Us and Jimmy Fallon, to name a few. It’s also been great because Michael and I get to pursue our careers without having to work for someone else and we get a lot of extra quality time as we work together.

Great, so let’s dig a little deeper into the story – has it been an easy path overall and if not, what were the challenges you’ve had to overcome?
Doing a crowdfunding campaign for our upcoming film, White Like Me, was one of the toughest things we’ve ever had to do. It took a year just to get us to start it, we were very fearful. Starting it did not make things much better. Having to ask people for money was just awful, we learned a lot! First off, most people simply ignore you.

Social media is really awkward in that way that you can be right in front of people almost every day, and they can easily pretend that you don’t exist. I would say, if you ever truly want to know who your friends are or who actually likes you, try crowdfunding for a film. I’m dying laughing right now, but it’s true!

You’ll learn very quickly that at the end of the day, it’s not all about the money you’re given. Those people who don’t give you a dime but repost or retweet your campaign, often, are also freakin’ GEMS!

Another thing about White Like Me is that some people seem to have a hard time having this point of view expressed by a woman and especially a woman of color. Men have been able to play every race, gender and sexuality imaginable – Robert Downey Jr. (Tropic Thunder), Marlon Brando (Viva Zapata), Jared Leto (Dallas Buyers Club), Dustin Hoffman (Tootsie)… I could go on and on.

None of these men are Black, Mexican, Transgender, or a woman but because they’re men, they get a pass. For some people, the idea of a Black woman playing a white man is just too provocative. It goes to show the power of women. I especially feel more empowered to move forward in a time where women are fighting through the silence and a time where artists need to come forward, more than ever and express ALL points of views.

Re: Harlem RagShop 1934 – the first three years was the toughest because it was all about building my inventory and creating an online presence. Now, it’s all about keeping the inventory flowing and making sure I’m constantly bringing in new finds.

Our items sell quickly so this can be challenging! The competition in the vintage world is fierce. It’s a lot like the acting world. So, it’s just about staying on top of things constantly while I also pursue my acting career.

Please tell us about Book 11 Productions and Harlem RagShop 1934.
Book 11 Productions is a small production company in Hollywood, California. We create content that highlights diversity with meaningful and race driven content. We specialize in developing, producing and creating art for the screen.

We are most proud of overcoming the challenges of crowdfunding and getting the opportunity to produce our first full-length feature film, this April! What sets us apart is that we’re pretty sure we’re the only production company headed by an interracial husband and wife team who has known each other since we were 12 years old.

Harlem RagShop 1934 is a hand-picked vintage collection of funky, one of a kind pieces by husband and wife team, Brandee Steger and Michael Steger. But, we specialize in vintage clothing from the 1960s, 1970s, 1980s, and 90s and early 2000s. We have some everyday clothing (streetwear). But, musicians, drag queens and performers really tend to dig our clothing.

We are most proud of attracting artists like Kehlani, Will Smith, Frances Cobain, and many others. As well as having our clothes worn on so many different TV shows.

Do you look back particularly fondly on any memories from childhood?
Brandee Steger: When I was about 13 years old, I had to travel to Texas because I was a competitive figure skater and I was competing in an ISIA Championship. Both of my parents wanted to go with me, but they were divorced and not always very friendly with each other.

But for this trip (and this trip only) they decided to settle their differences, and they both accompanied me. We flew to Texas as a family, we ate meals together, and we toured parts of the state as if we were three peas in a pod. One of the best memories of my childhood. I hold that memory in my heart, dearly.

Michael Steger: In the 7th grade, my little brother and I auditioned to play twins in the TV show VR Troopers. After several auditions, we booked a huge guest star role on the show. We were so excited that we ran around the block.

The role required a lot of martial arts. I grew up training in Tae Kwon Do, so I fit the role, but my brother didn’t. I was so determined to get the role that I spent a whole day teaching my brother some moves.

During the audition, my brother completely bombed the martial arts part. So, it was an amazing shock when we got the role. This is my favorite memory because I got to share this incredible experience with my brother. 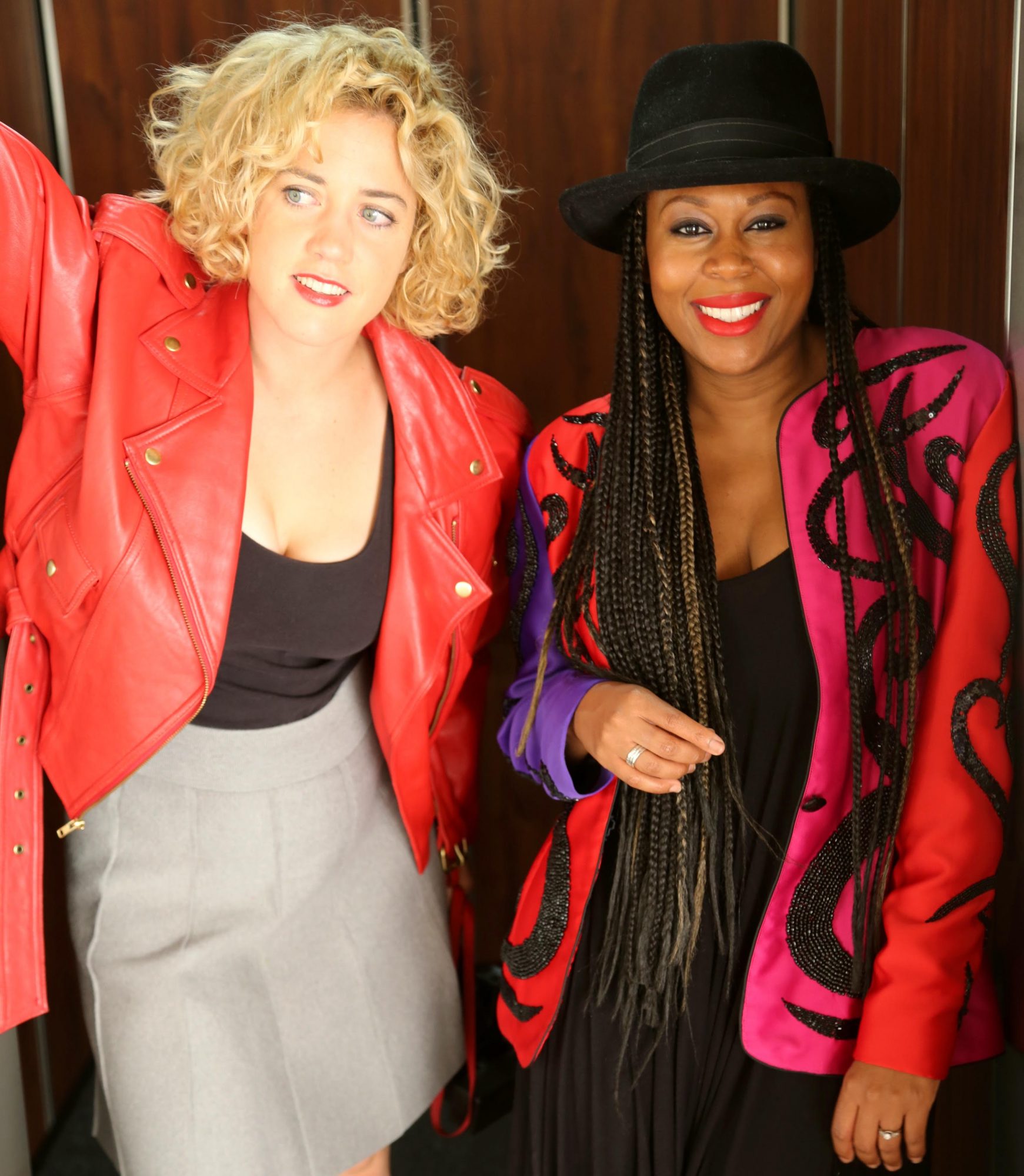 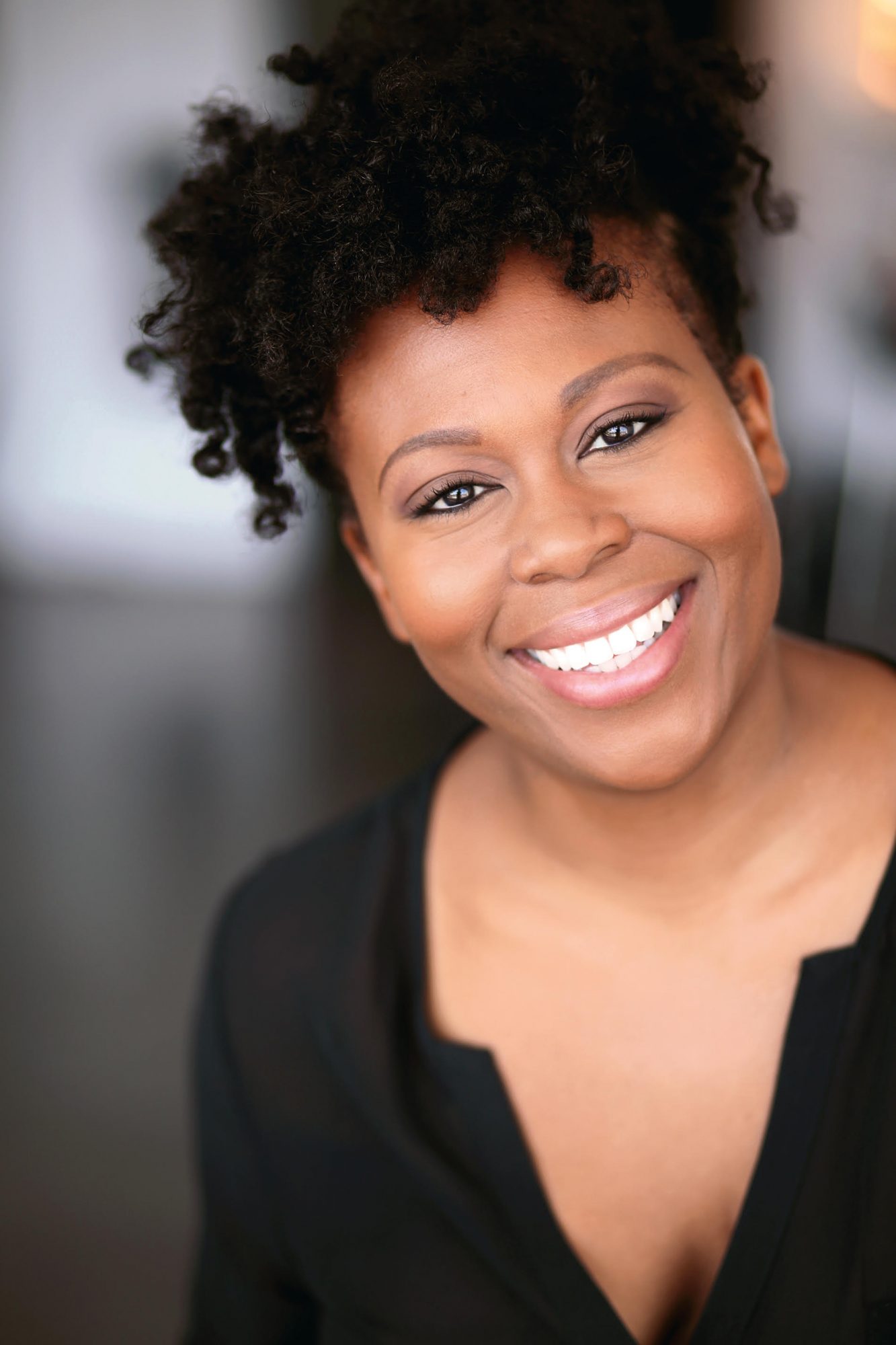 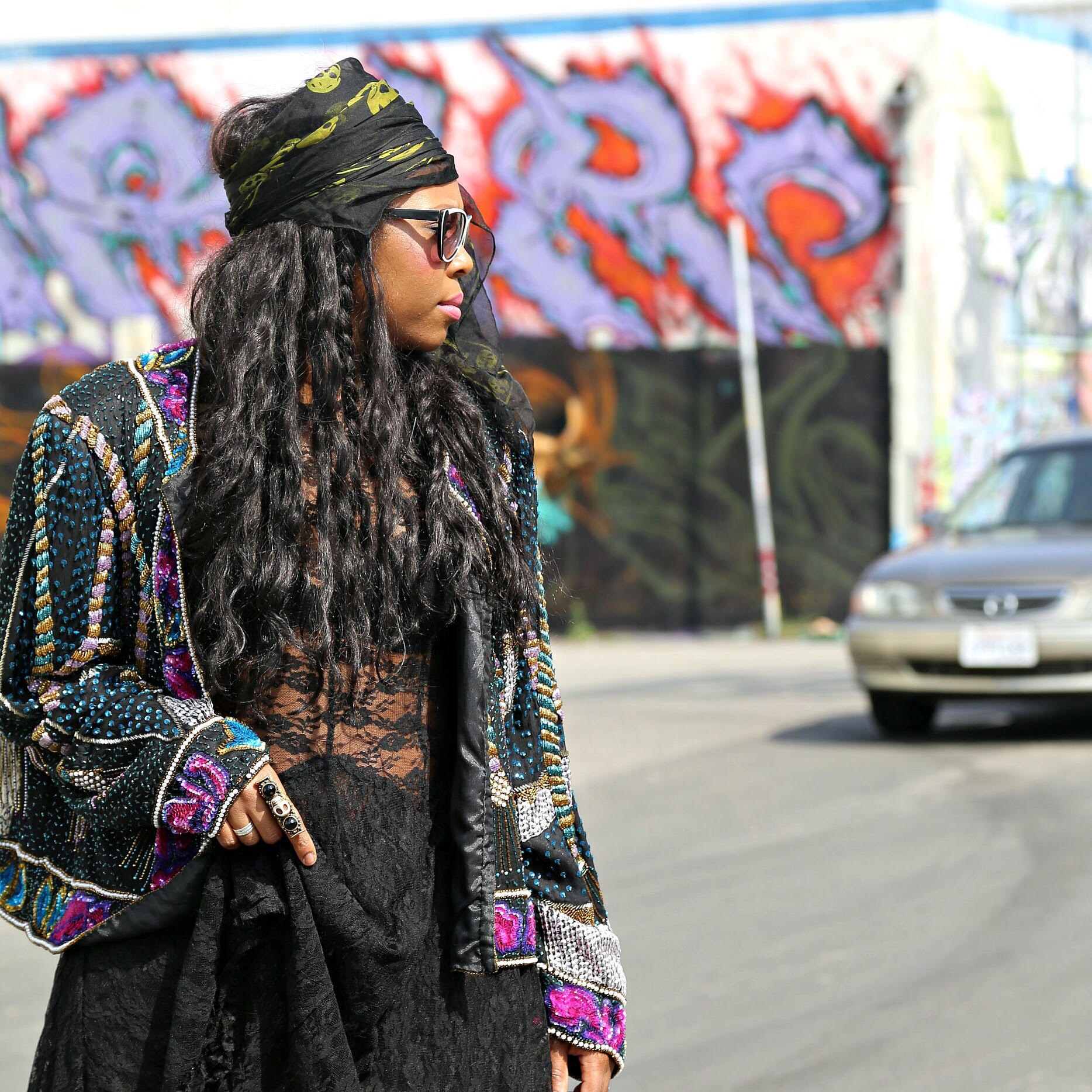 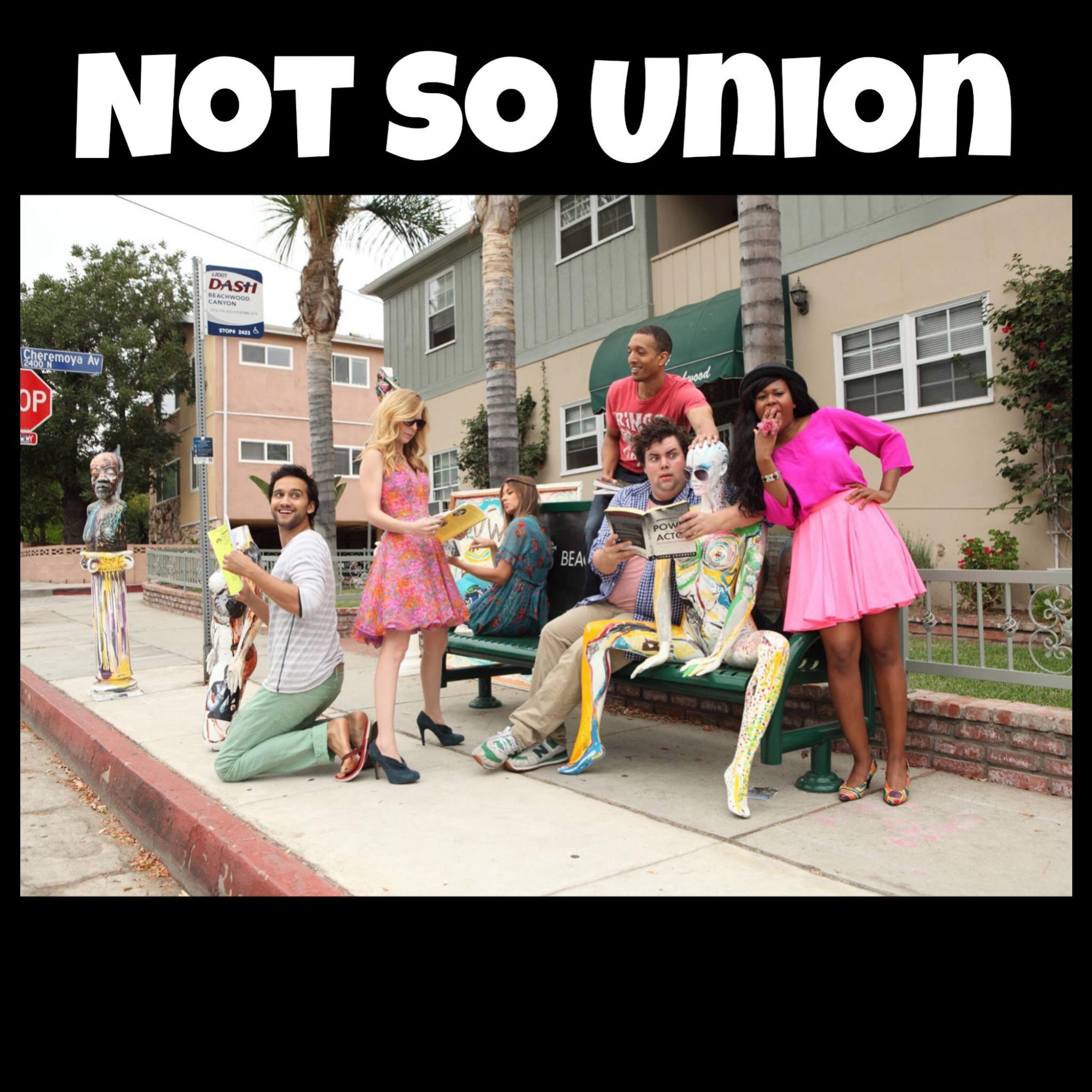 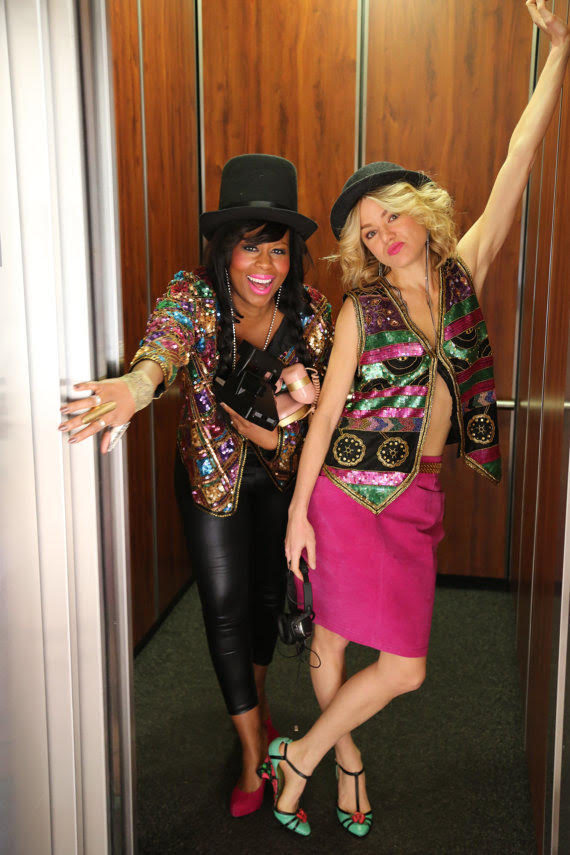